Athens-based ADD Architectural Studio has been awarded with the 2017-2018 SILVER A’ Design Award for Lighting Products and Lighting Projects Design Category by the International Design Academy, the grand jury panel of the A’ Design Award & Competition which consists of internationally influential press members, established designers, leading academics and prominent entrepreneurs.


text provided by the architects – The A’ Design Awards are the World’s most influential and largest design awards, presented each year in Italy giving recognition to the excellence of design on the international stage. The awarded design is called “Reverse Pickup Table Lamp” and aspires to reconsider what a Table Lamp is, and what a Table Lamp can be.

The design was inspired from the concept of transmission of sound as the vinyl rotates on the all time classic Pickup.The vinyl was replaced by the translucent marble discus which was placed standing,thus producing a reverse pickup table lamp.The concept becomes complete with the bronze arcs which in combination with the discus’s final position depict the archetype of the Pickup needle placed upon a vinyl. 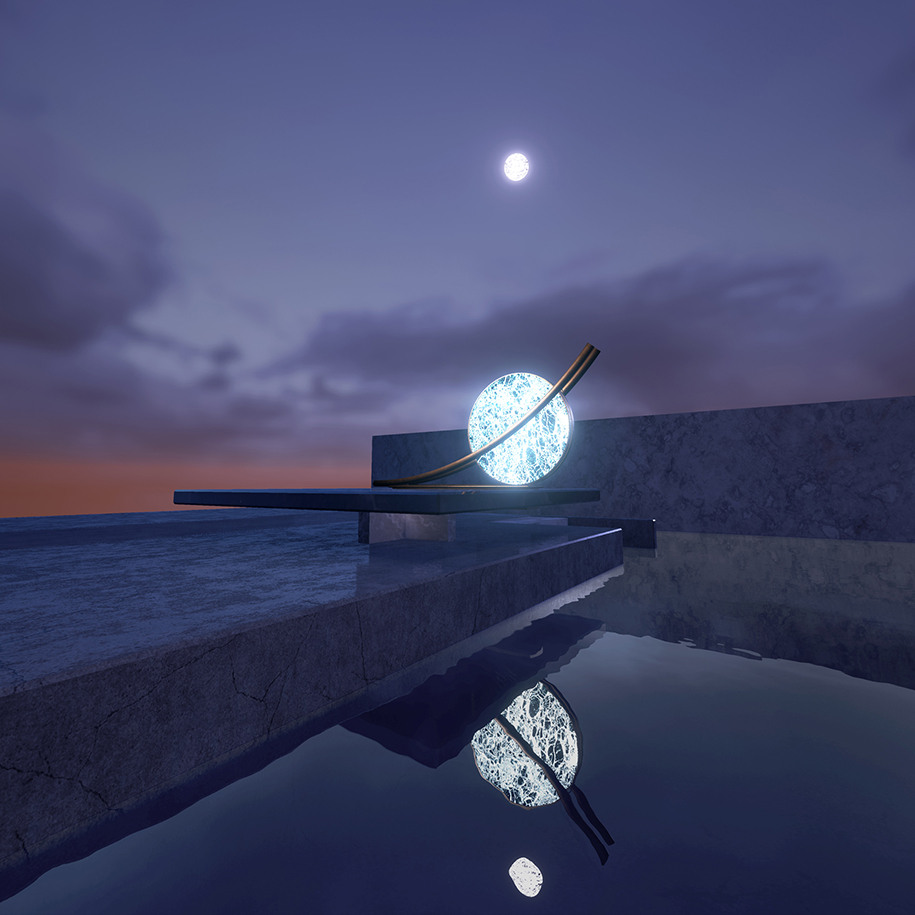 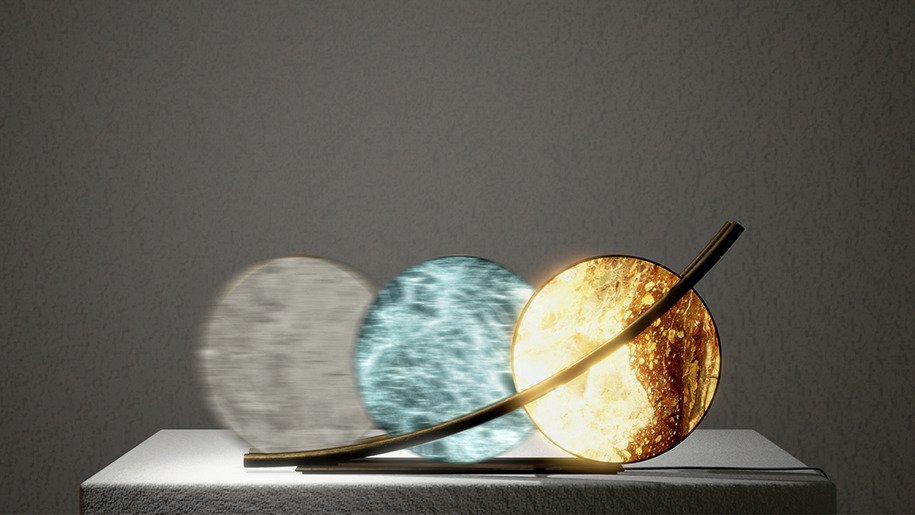 The uniqueness lies into the featuring of an elegant discus consisting of translucent marble.As the discus rotates along the base it gradually lights up.The form of the two bronze arcs emanates from the desire to enclose the discus and accentuate the notion of movement and the play between light and shadow.Three different discuses,each made from a different colored marble were chosen to match the users’ aesthetics and mood.As the mood changes,all you need to do is “play” your favorite discus.

The further the discus rotates by the user from the starting point,the more it gets illuminated.The discus can be detached and replaced with another colored discus simply by pulling it off the guide.The necessary dimmer and adapter are placed on the wire,allowing a slim base.A movement sensor placed on the guide provides the dimmer with a wire signal,resulting in the dimming process.The package includes all three discus colors.Each discus can be de-assembled for the LED tape to be changed.

The discus consists of two pieces of translucent marble each 3 mm thick which are held apart from each other by a circular wreath featuring a cross-section similar to a bike’s rim.In the 15 mm interval between the marbles, a LED tape is glued upon the wreath’s internal surface.The LED tape is powered through the wreath’s contact with a bronze guide spanning the bases’ length which ensures the rotation course of the discus.The bronze arcs are welded on the rectangular bronze base. 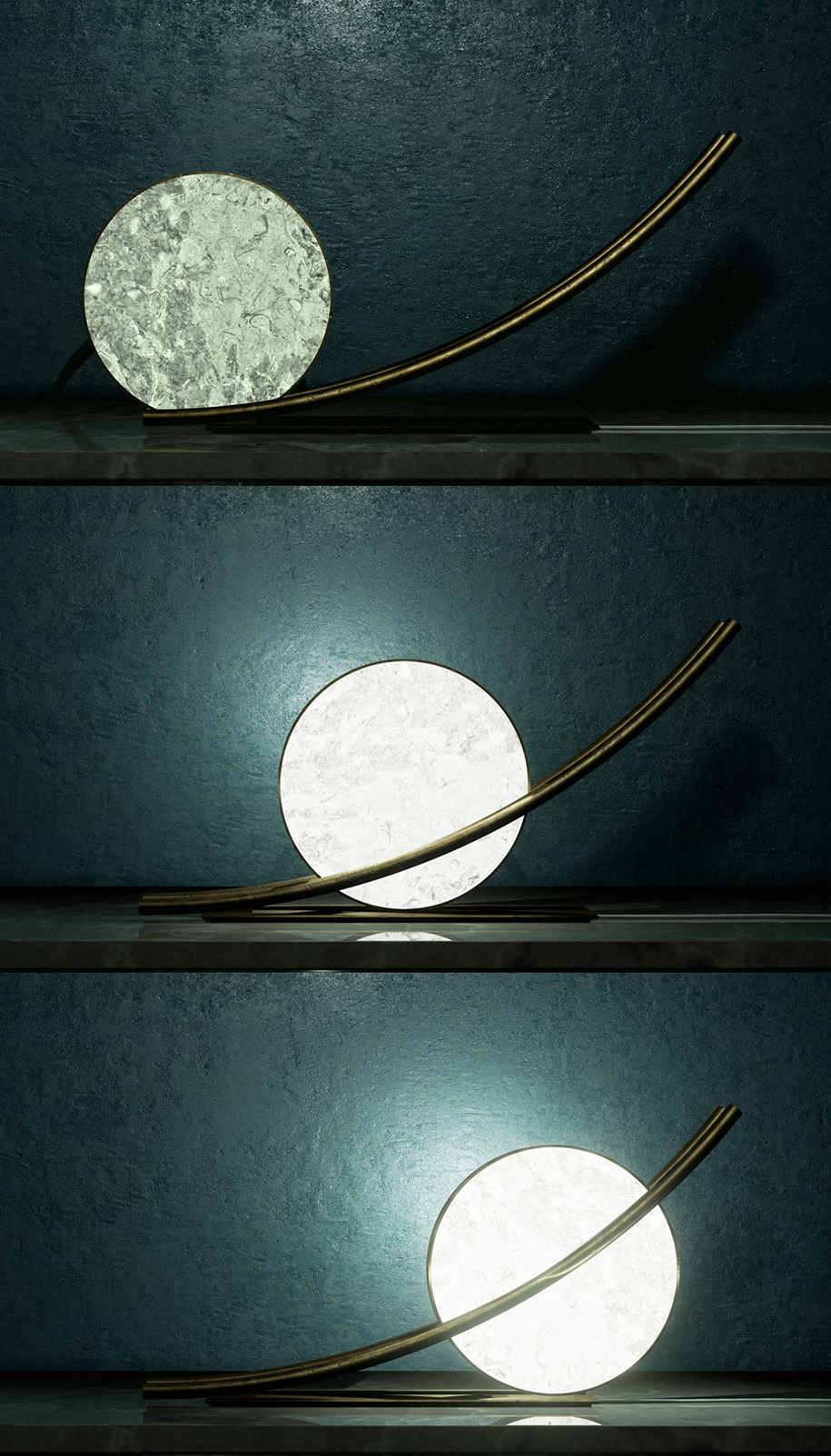 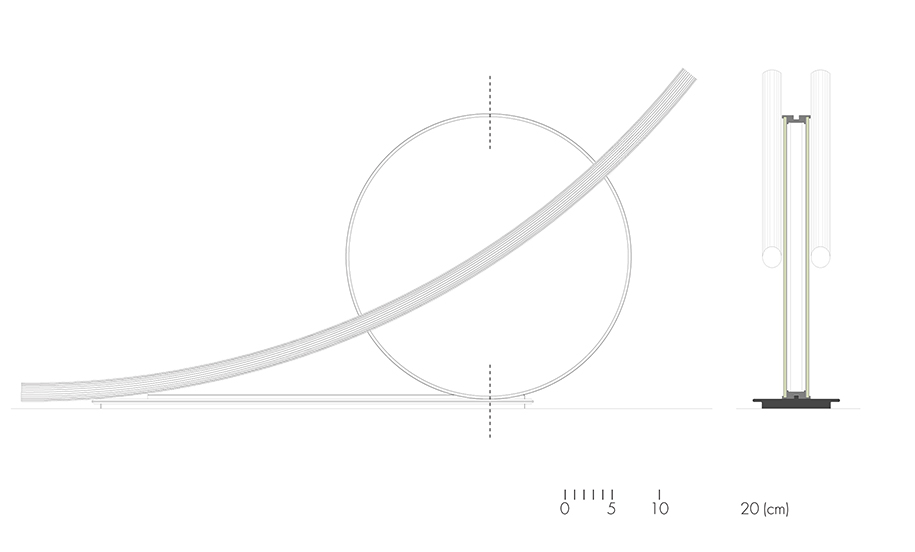 All images and video created by ADD Architectural Studio.

Interested in light design? Check this pendant lights made of concrete here!

by VALIA KAVALLAArchisearchhttps://www.archisearch.gr/wp-content/uploads/202110_STUDIOX_KRISPROVOOST_LEEYUEN_HQ-10-370x700.jpg
SHARE THIS PAGE
WITH YOUR FRIENDS