“Al Nouri Mosque Complex | THE DIALECTICS OF THE “SAHN” proposal by Papalampropoulos Syriopoulou Architecture Bureau attempts to establish a dialectic approach within the historical framework thus introducing a “study” on the vernacular type of the Enclosed Courtyard (Sahn).

The proposal took part in the International Architectural Competition for the Rehabilitation of Mosul’s Al Nouri Complex by UNESCO, Iraqi Ministry of Culture & Iraqi Sunni Endowment and won a Honorary Mention.

Dialectics | historical discontinuities in the social and spatial entities articulate the palimpsest of the Old city of Mosul as the main canvas of the area’s regeneration. In order to restore the collective memory the design tries to interpret the “genius loci” of the place by establishing a kind of architectural discourse between the different points of view as they are represented in contradictory dipoles (past-future, memory-oblivion, tradition – progress, nature-artificiality, openness-enclosure). 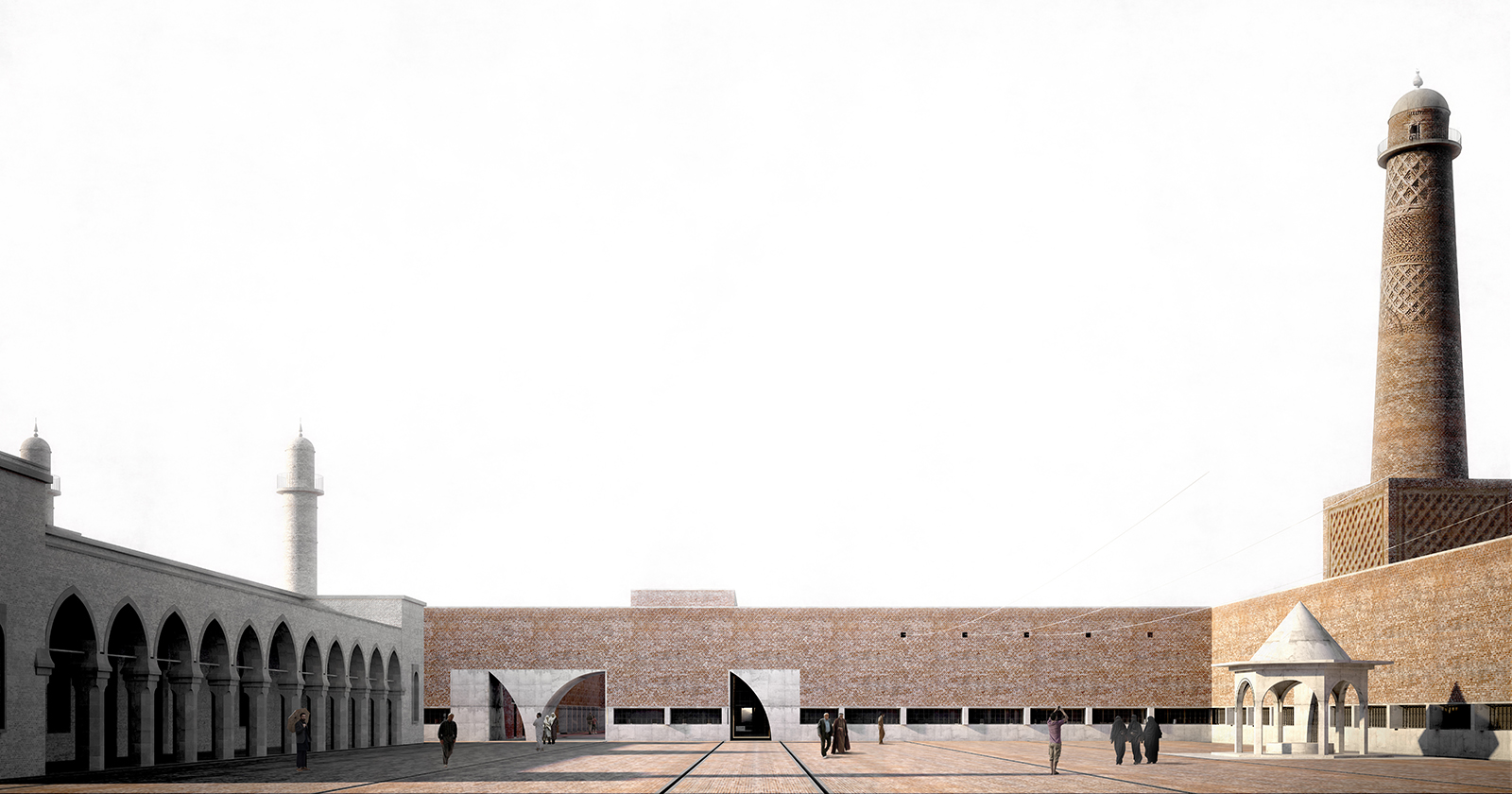 Type | the notion of the type is used as the main conceptual tool in order to translate the dialectical method into architectural form. The type can be seen as a framework in which change operates by defining a set of similarities between different objects in time and space that construct a field of possibilities. At the same time the design process tries to interpret the type’s relative ambiguity into the specific context by altering, modifying and distorting its form in order to establish historical and spatial continuities. Progress is not considered as a rupture but rather as an evolution process into the specific framework provided by the type.

Sahn | the vernacular type of the enclosed courtyard is used as a citation for the design process. The ambiguity of the interior-exterior quality of the space is adopted as the design principle of the project: the complex engulfs the public void as an open-air room, by introducing the notion of intimacy as an active agent in the performance of the social life and the establishment of a sense of place. Thus, the condition of enclosure is disconnected from the notion of accessibility: the open air room do not consist of an architecture of seclusion, rather it attributes to the public space the necessary sense of intimacy and familiarity that can allow for the performance of the social functions.

Rather than trying to invent a new typology the design distorts and re-interprets its main architectural components: (riwaq) a system of galleries in the form of a habitable wall enclose the central courtyard; the program (library – offices – administration-ablutions) is distributed into its mass. (albab) The portico indicates the building entrance and forms a transitional space where public movement intersects with the open-air room.

Satellites | the Gesture of the enclosure creates a transitional space between the Room and the City. Each function (Secondary School, Institute, Festivities Hall) is grouped as a cluster of satellite volumes similar in size and scale in order to respect the size and proportions imposed by the presence and the significance of the Prayer Hall. At the same time the volumetric composition emphasizes the west-east passage from Farouq street to the Central Courtyard. A vaulted roof system following the specifications of each function forms the spatial and structural articulation of spaces.

Prayer Hall | the reconstruction strategy is articulated around the dialectic approach of the historical layering emphasizing on the spatial qualities of the monument and their mutations over time. 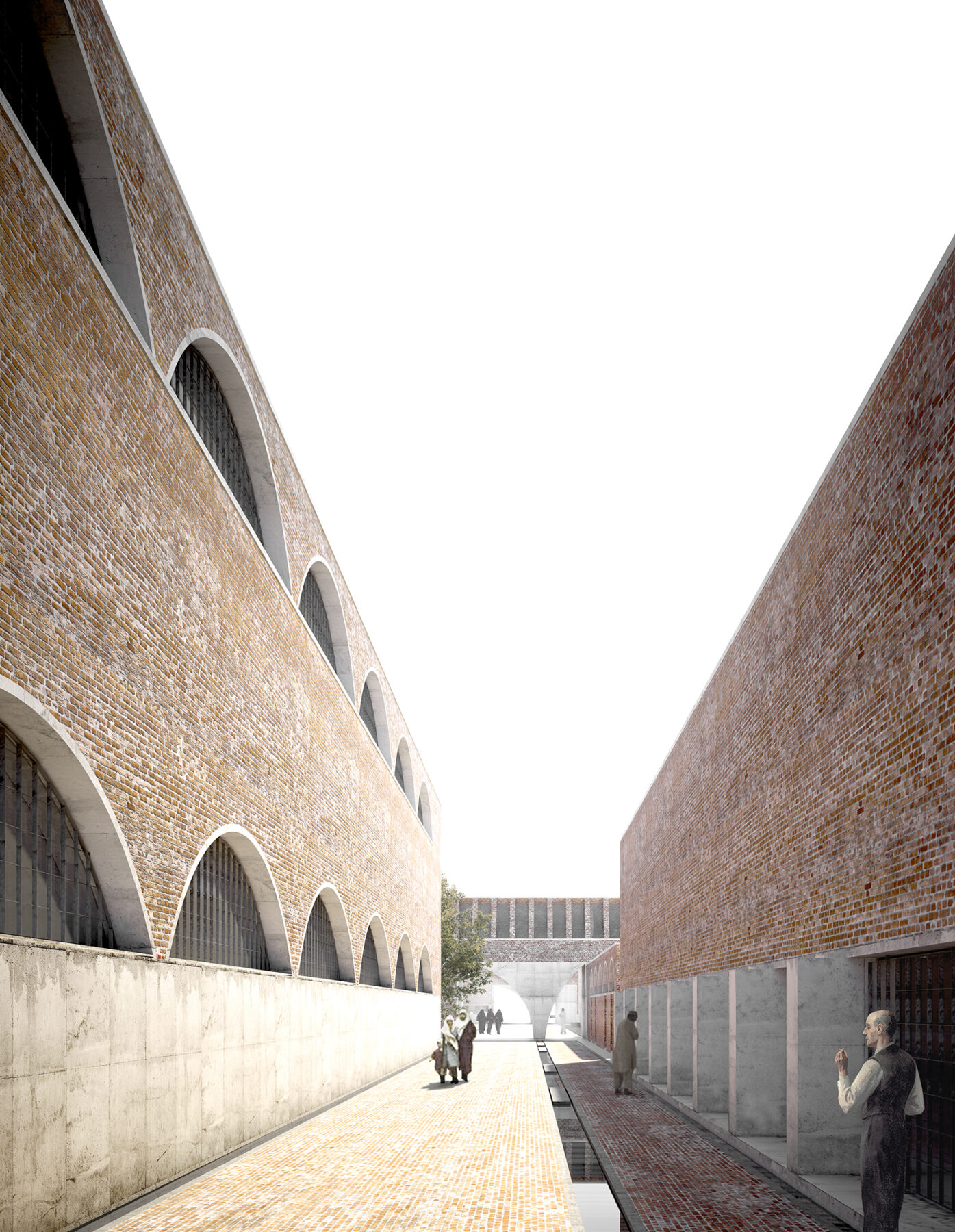 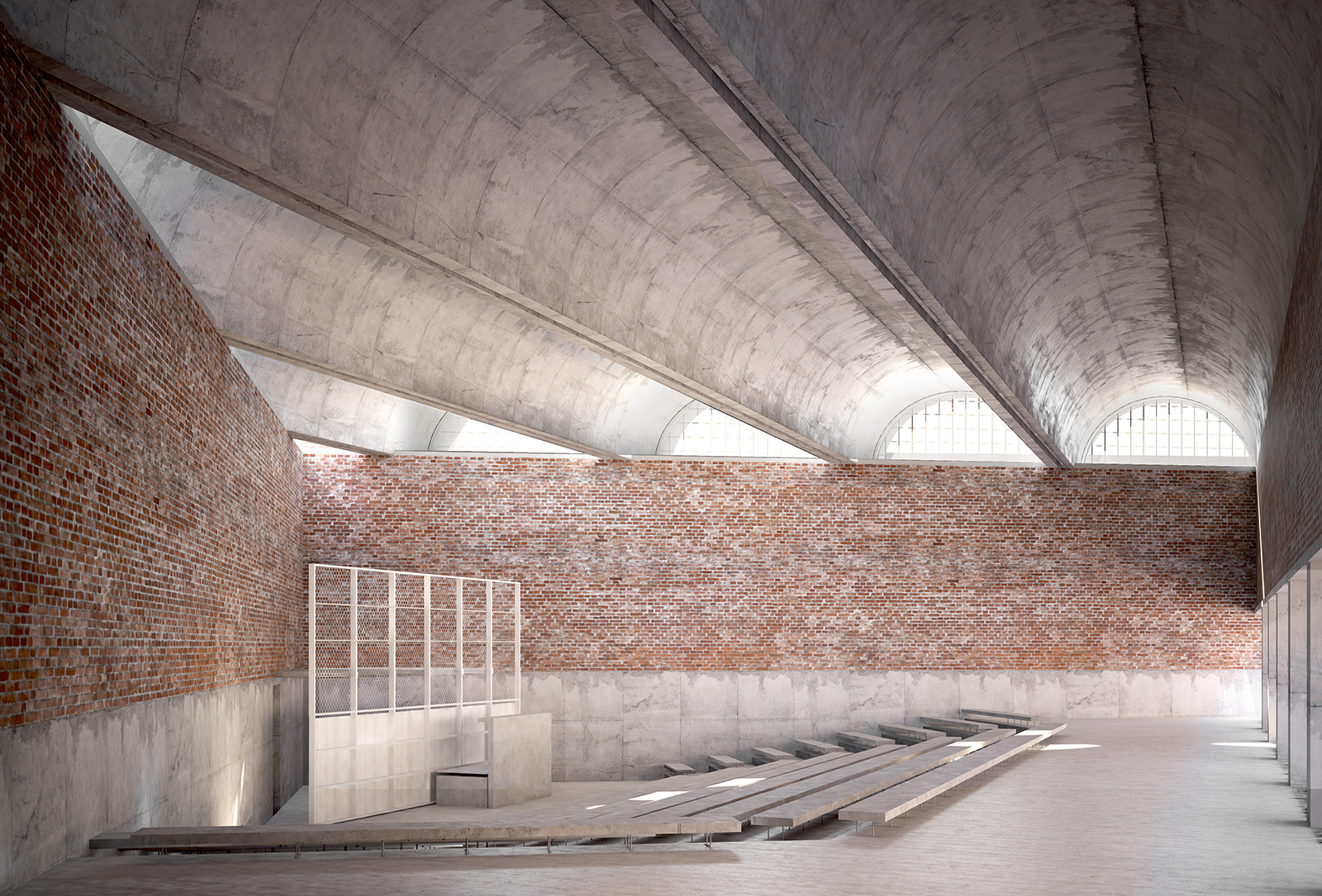 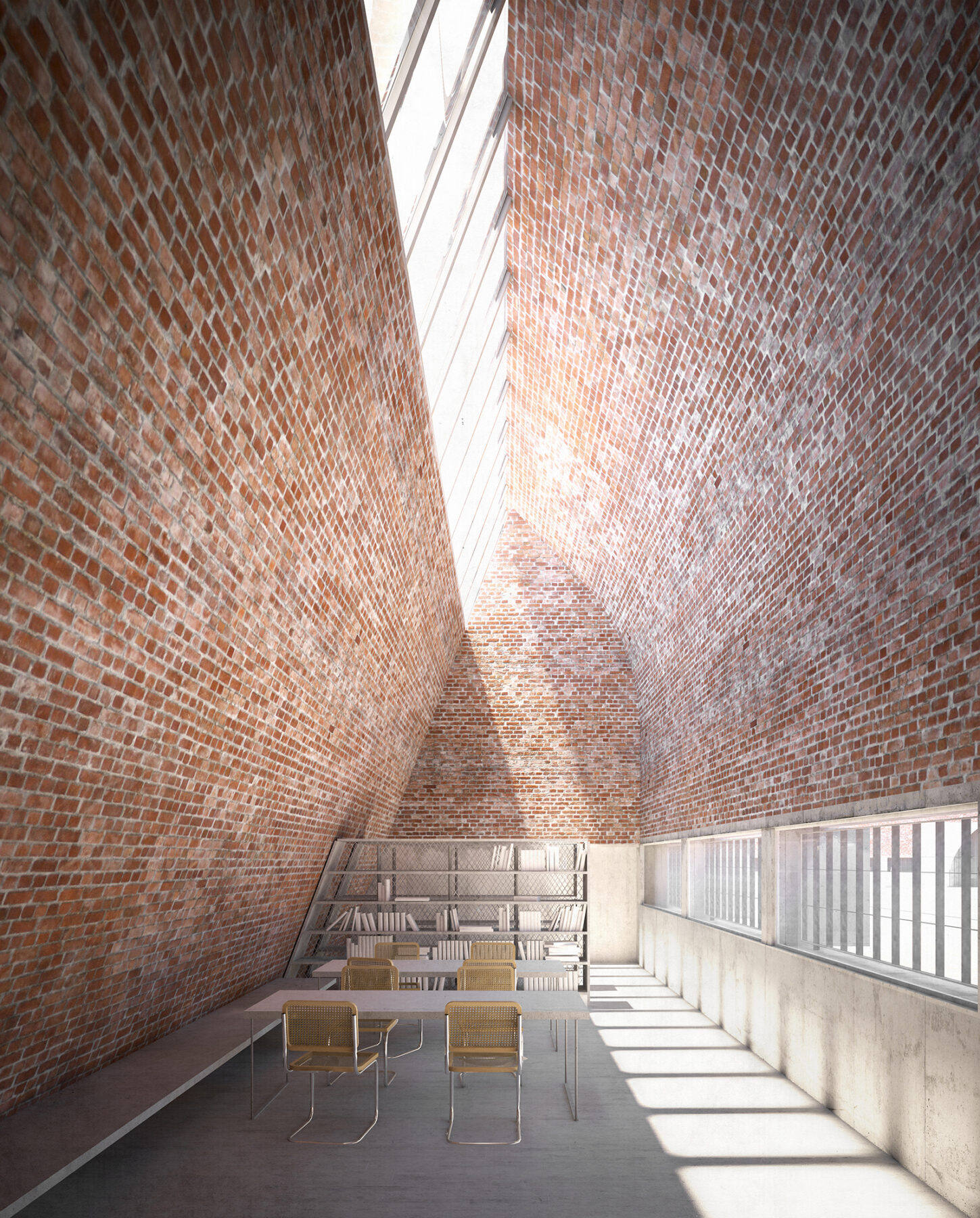 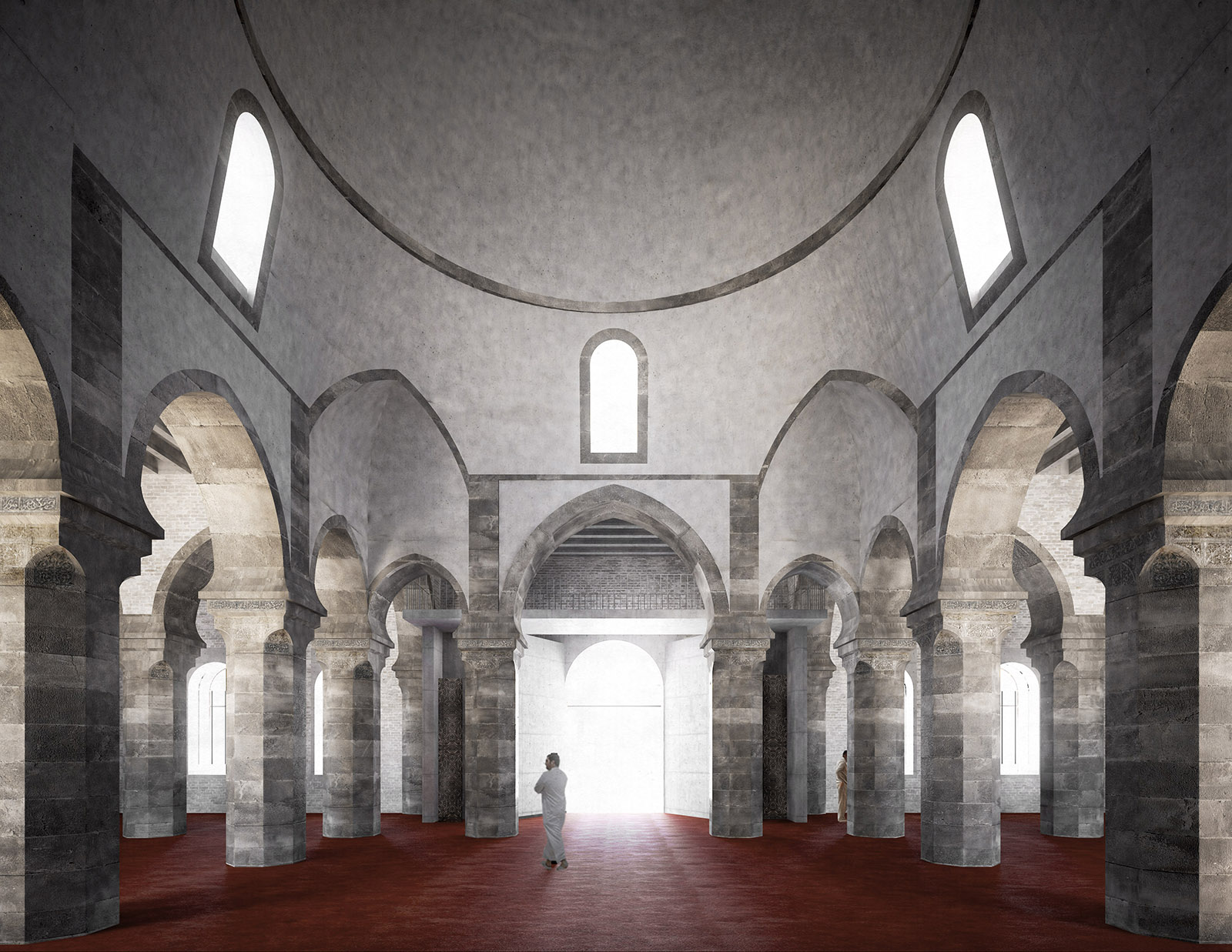 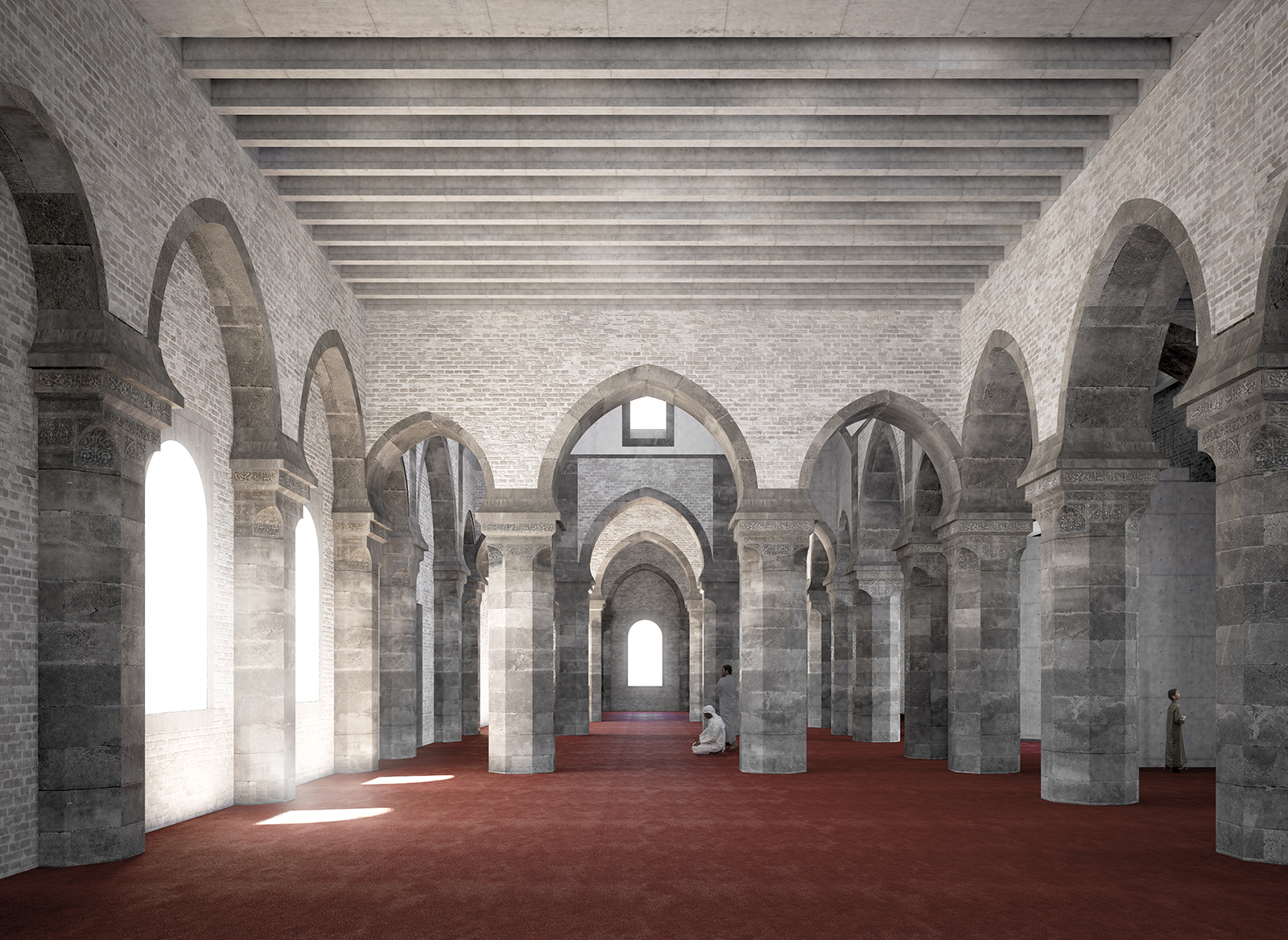 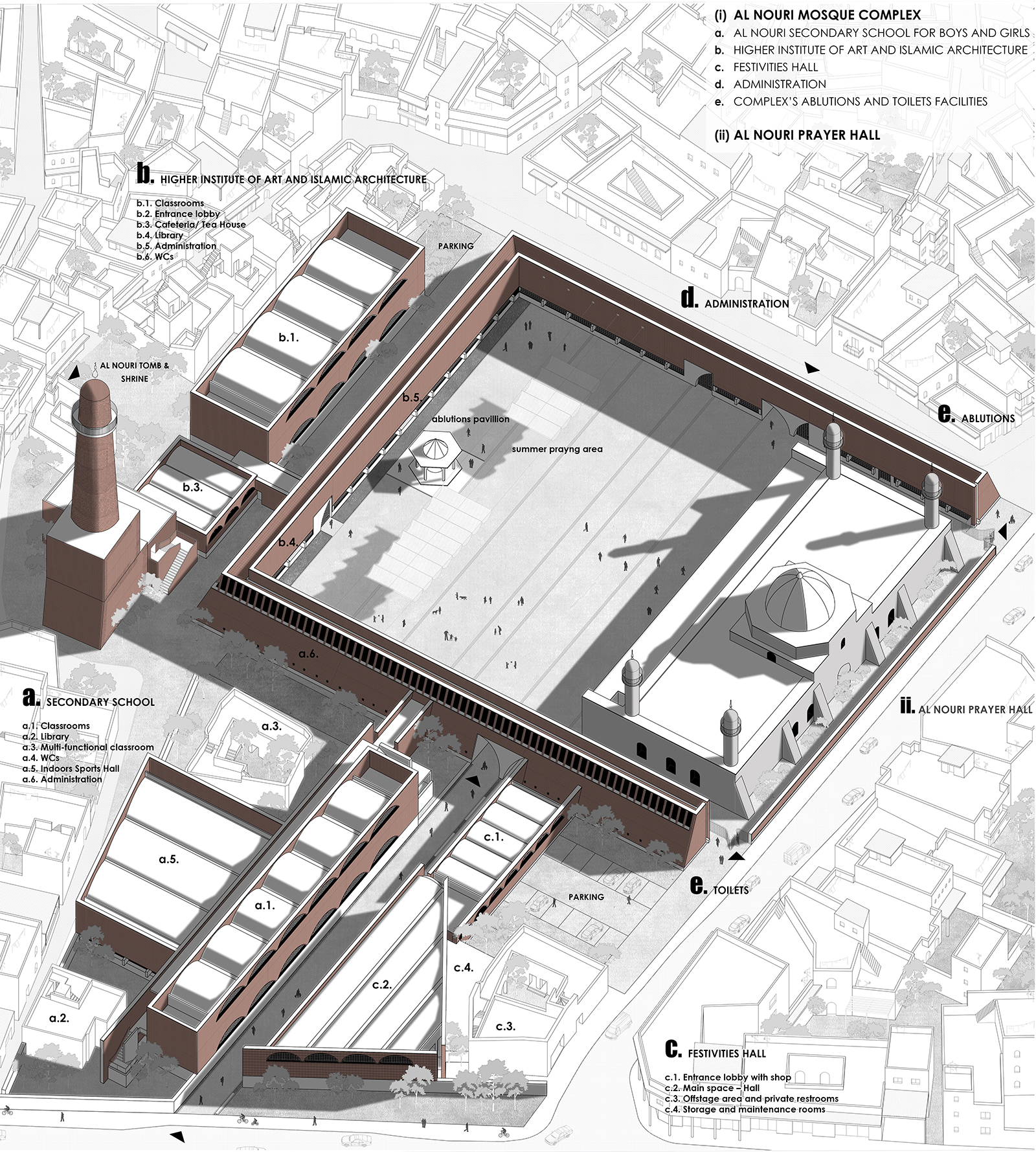 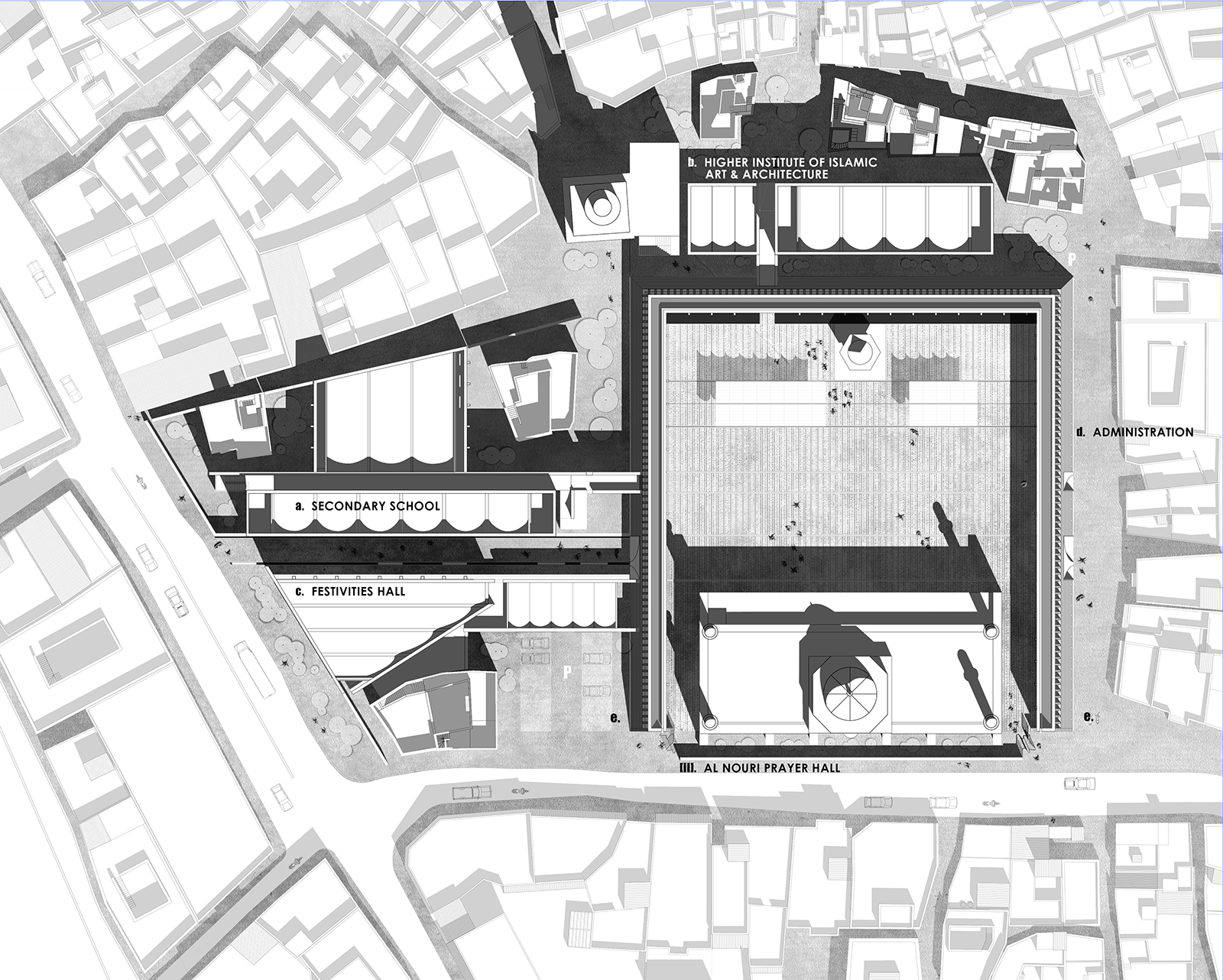 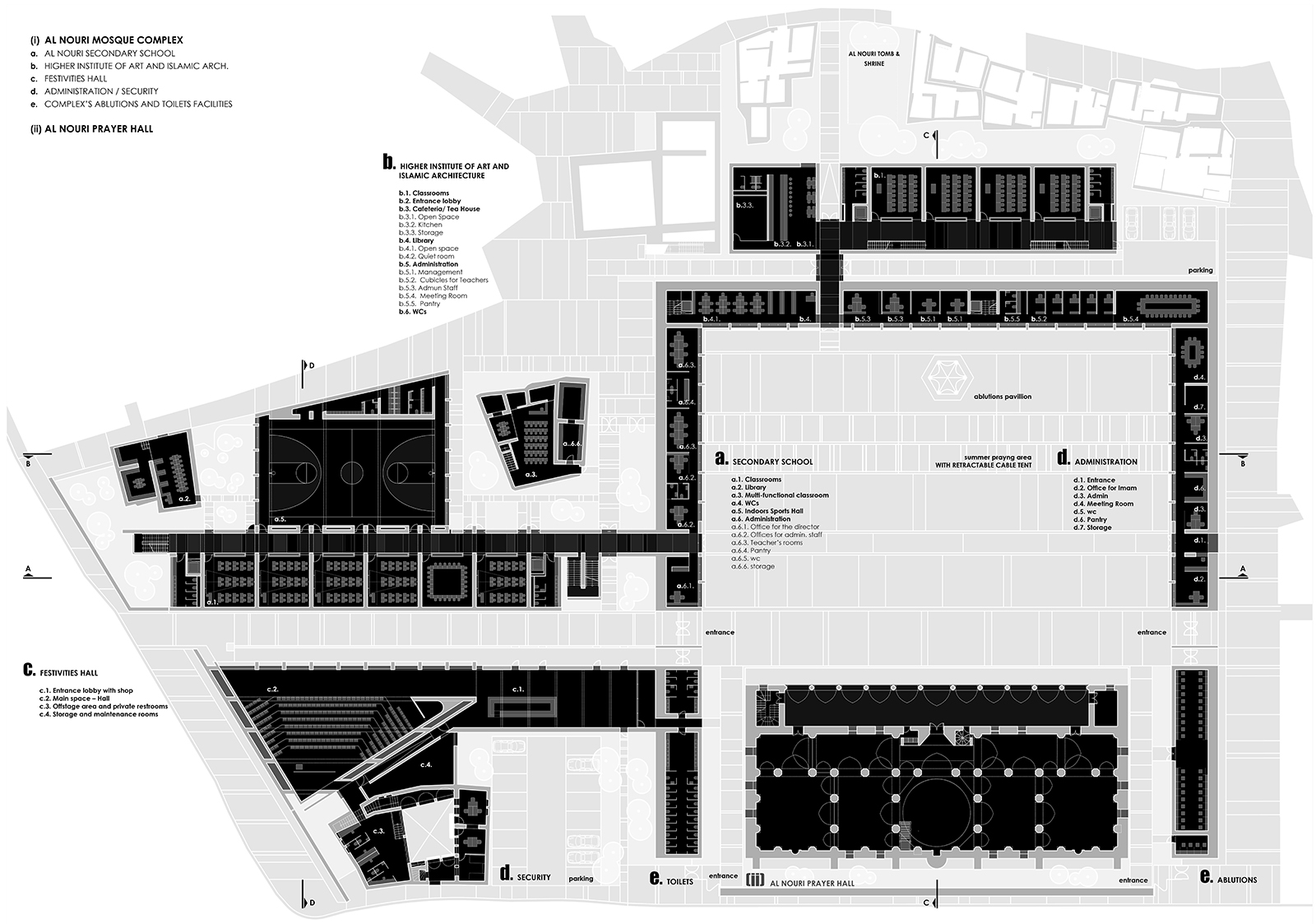 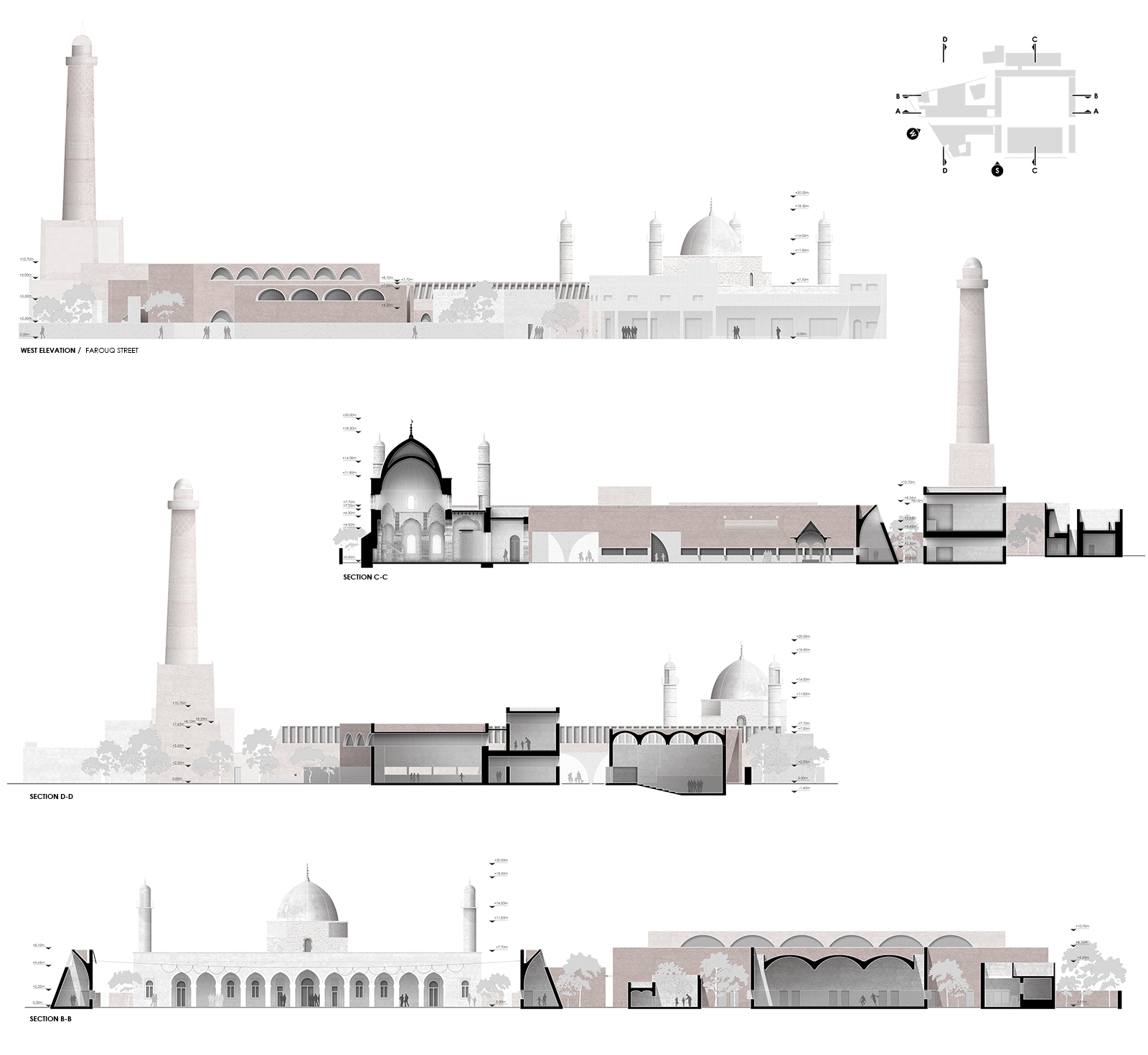 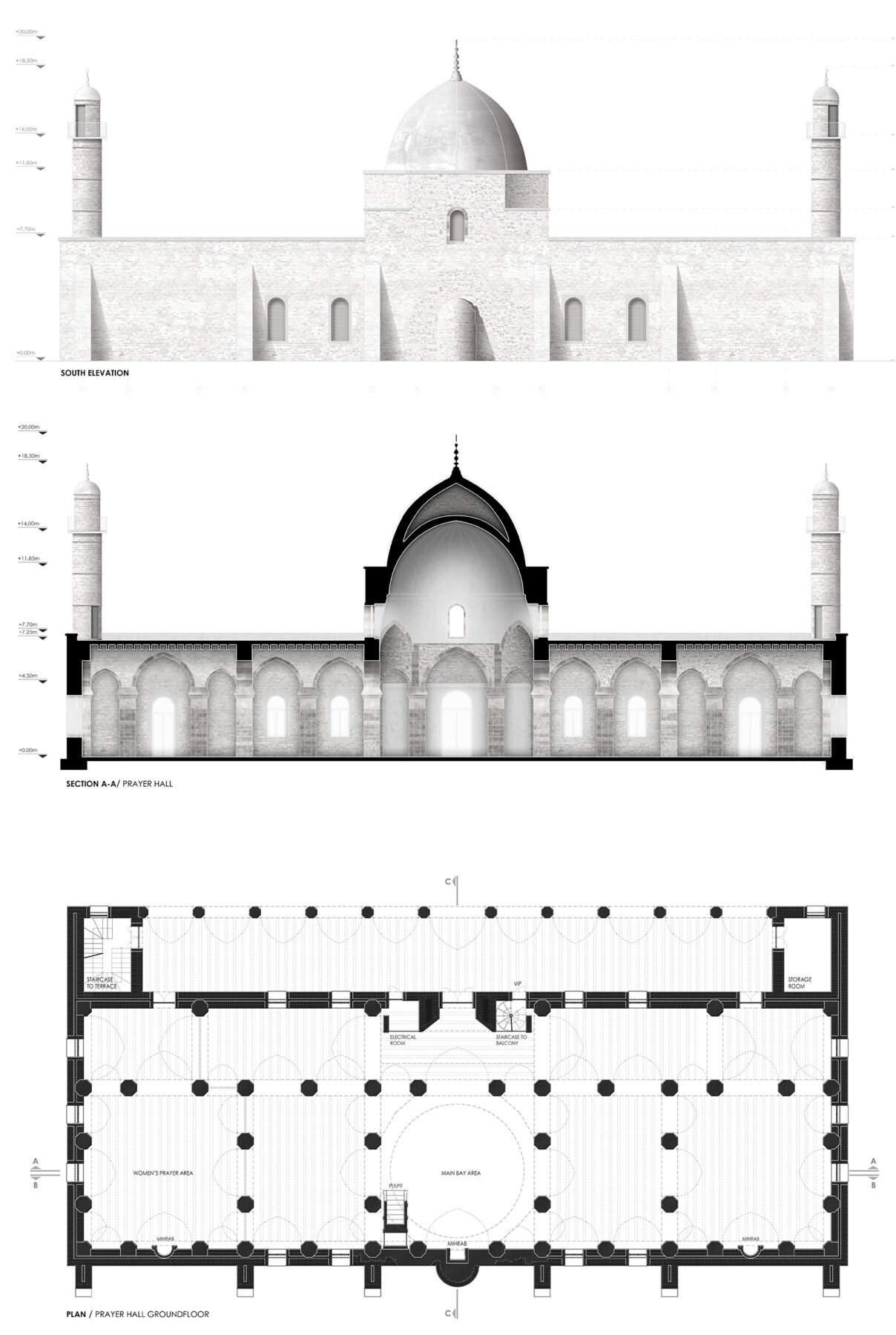 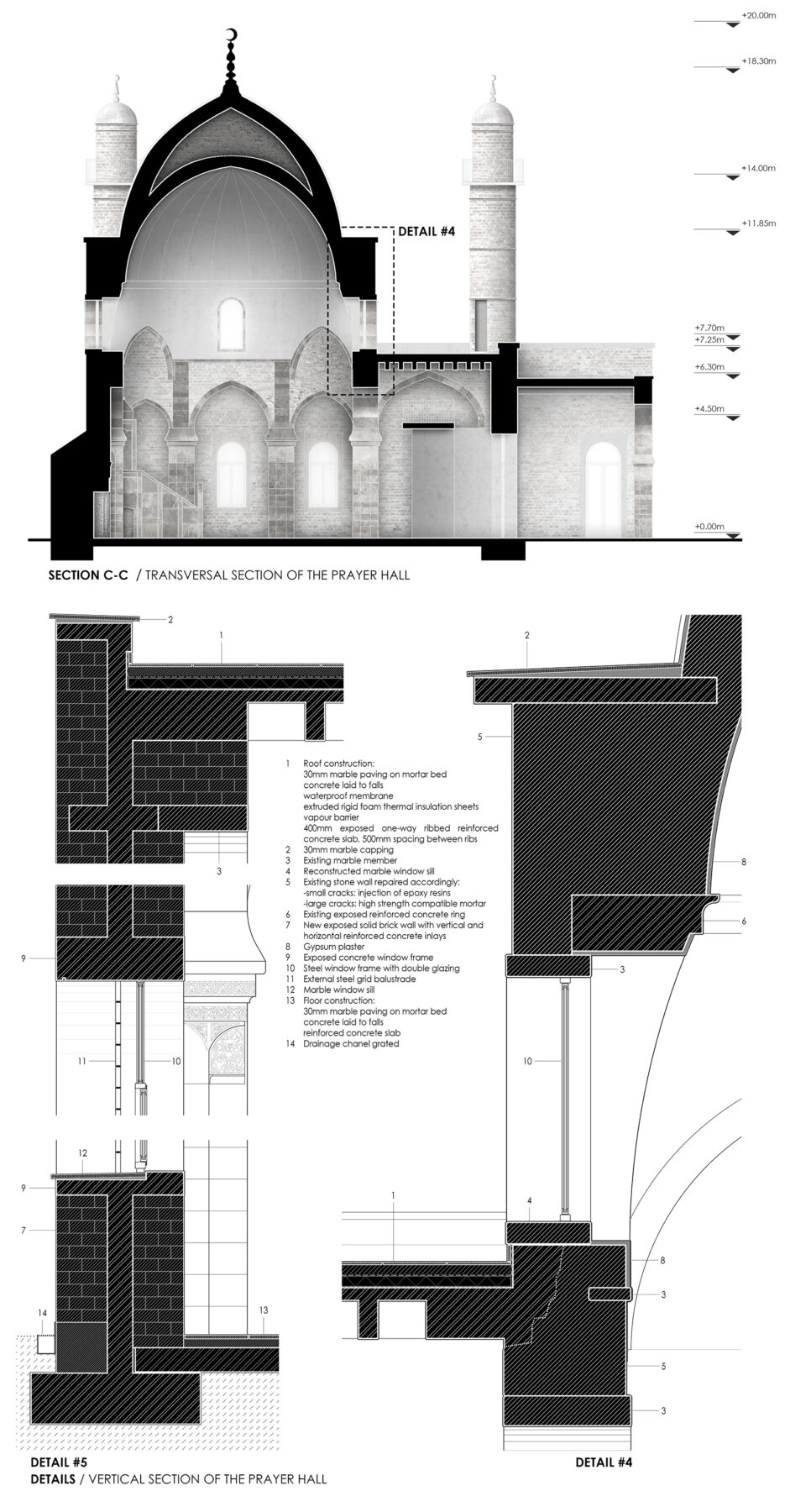 
Check out, also, the entry of Papalampropoulos Syriopoulou Architecture Bureau at the competition for the New Complex of School of Fine Arts in Florina that won the 2nd Prize, here!

Proposal for the Architectural Competition "Redevelopment of Eleftheria’s square in Kavala, Greece" by Amalia-Alexandra Skamagkouli & Chara Charatsari awarded with the 3rd prize

by VALIA KAVALLAArchisearchhttps://www.archisearch.gr/wp-content/uploads/05-SOUTH-WEST-BEW-1-370x700.jpg
SHARE THIS PAGE
WITH YOUR FRIENDS