Neri&Hu Design and Research Office completed a unique teahouse in Fuzhou city organised around a priceless Chinese artefact, a Hui-style wooden structure of a high-ranking Qing dynasty official’s residence, which was relocated from Anhui in order to function as the centrepiece of the new building that aspires to be conceived as a modern urban artefact.

The project draws inspiration from imagery uniquely associated with Fuzhou: the Jinshan Temple. This is a rare example of a temple structure built in the middle of a river in China. John Thomson was one of the first photographers ever to travel to the country and provided Western audiences with some of the first glimpses into the Far East. In the album Foochow and the River Min, which documented his legendary journey up the Min River, Thomson captured the ancient structure in its original state resting serenely above a floating rock in 1871. This would become a lasting image unmistakably identified with the city of Fuzhou.

Conceived as an urban artefact and drawing from the historical roots of the city of Fuzhou, the Relic Shelter internalizes a piece of distinct heritage at a time when rapid new development has eroded traditional culture and identity. The client’s brief posed the unique challenge of creating an enclosure for a Chinese artefact – the wooden structure of a high-ranking Qing dynasty official’s residence, replete with ornamental carvings and intricate joinery. 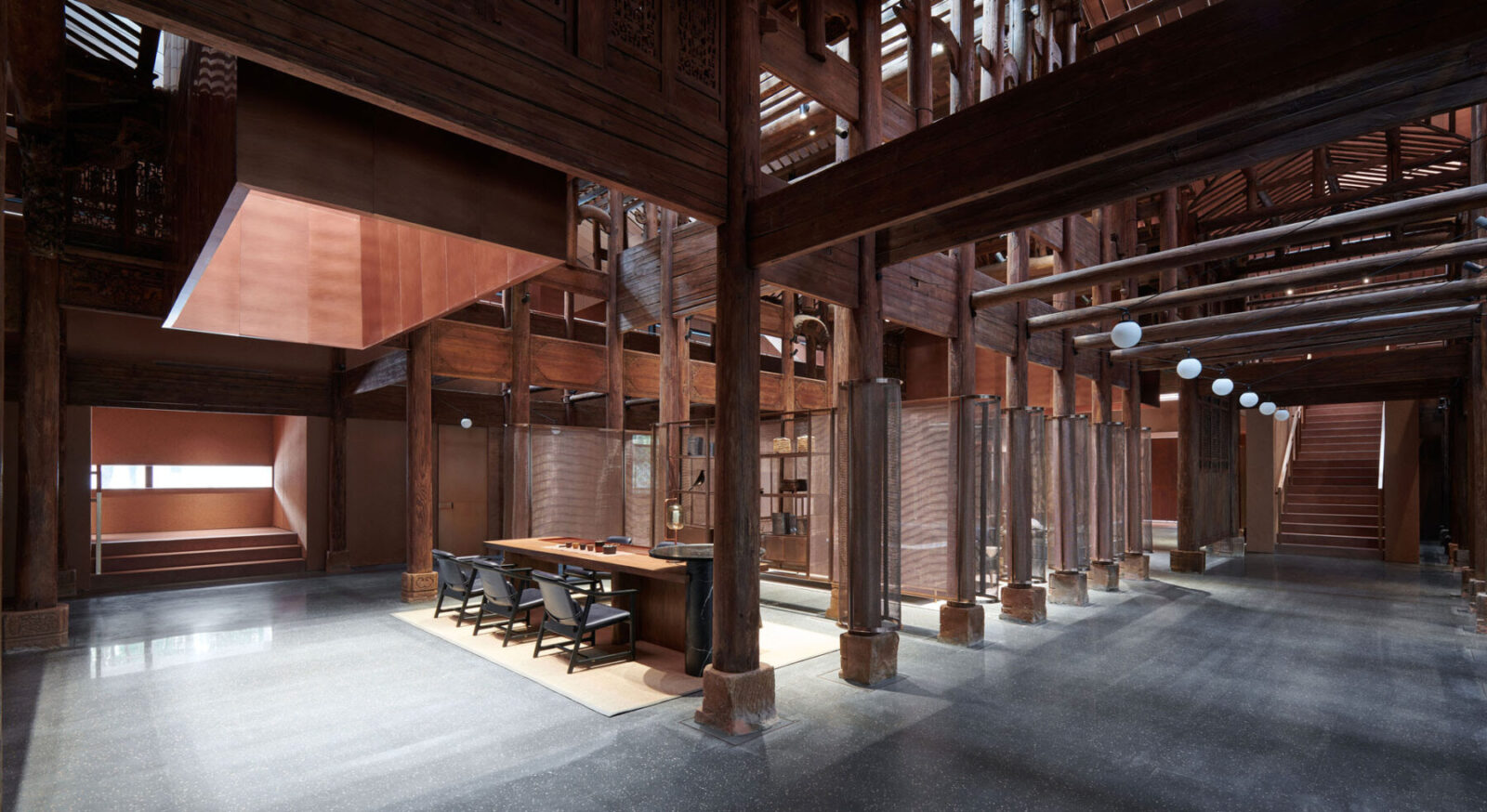 Relocated from Anhui to its new home in Fuzhou, the Hui-style structure is enshrined as the inhabitable centrepiece of a new teahouse. 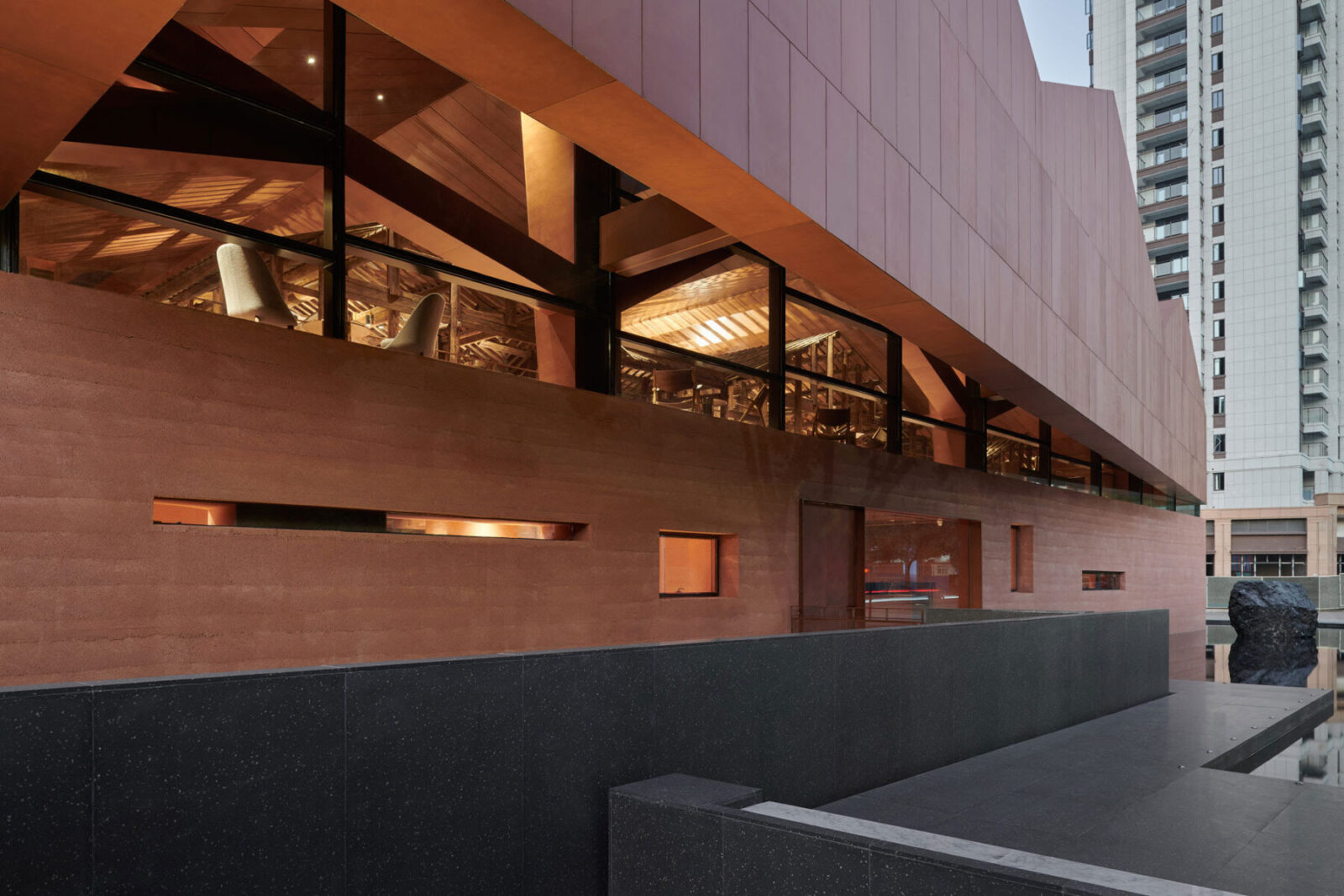 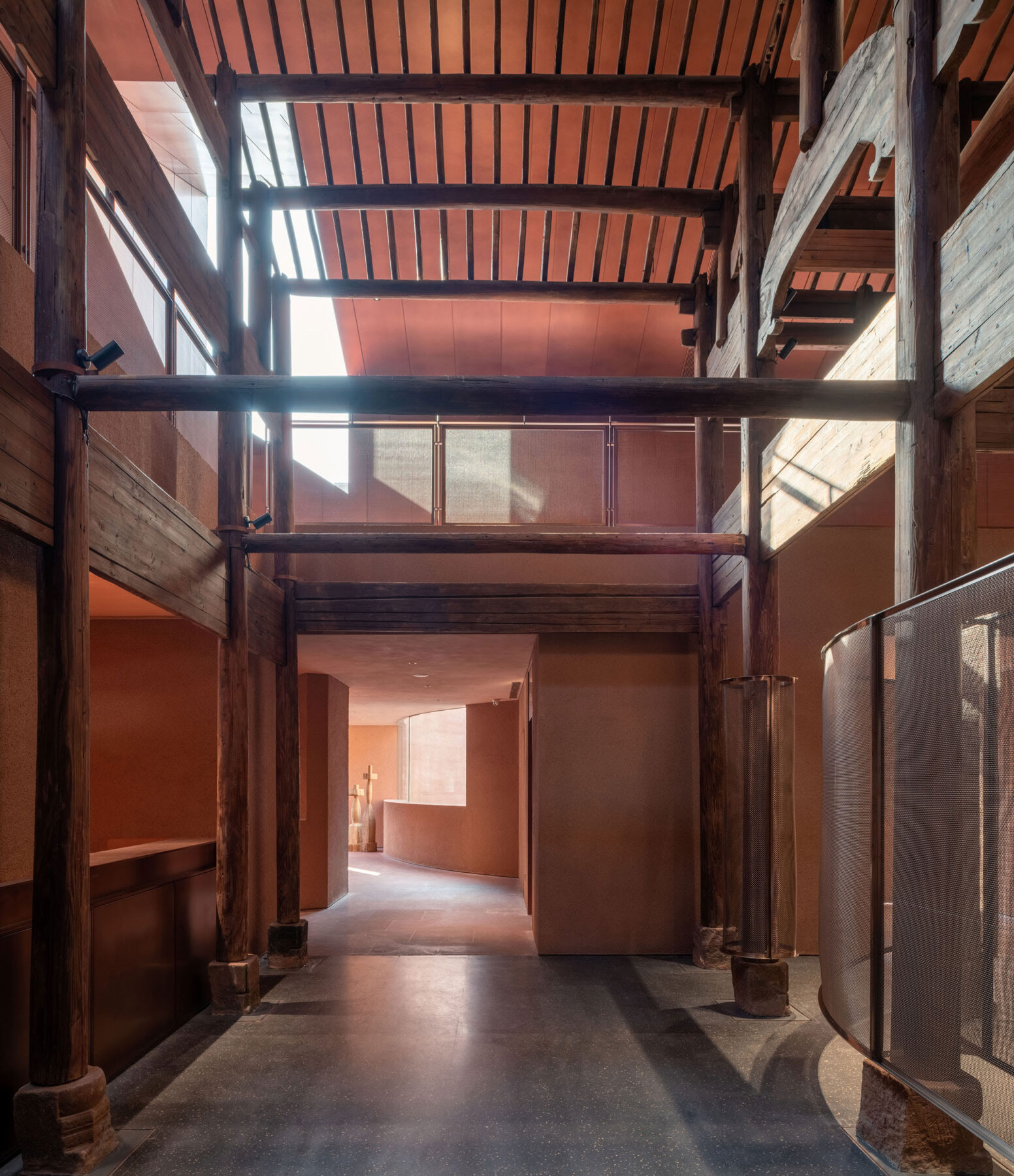 Envisioned as a house atop a rock, the teahouse is elevated above a rammed concrete base, while its sweeping copper roof echoes the roofline of the enclosed architectural relic. Its core material, rammed concrete, is a modern homage to the traditional earthen dwellings of the region, emphasizing a raw monumentality. Visitors are presented with two images of the building upon approach: the upright silhouette of the form, and its mirrored reflection duplicated in the surrounding pool of water. A series of contrasts plays out among elements that are bright and dark, light and heavy, coarse and refined, as visitors enter the grand hall where the structure of the ancient residence is situated. 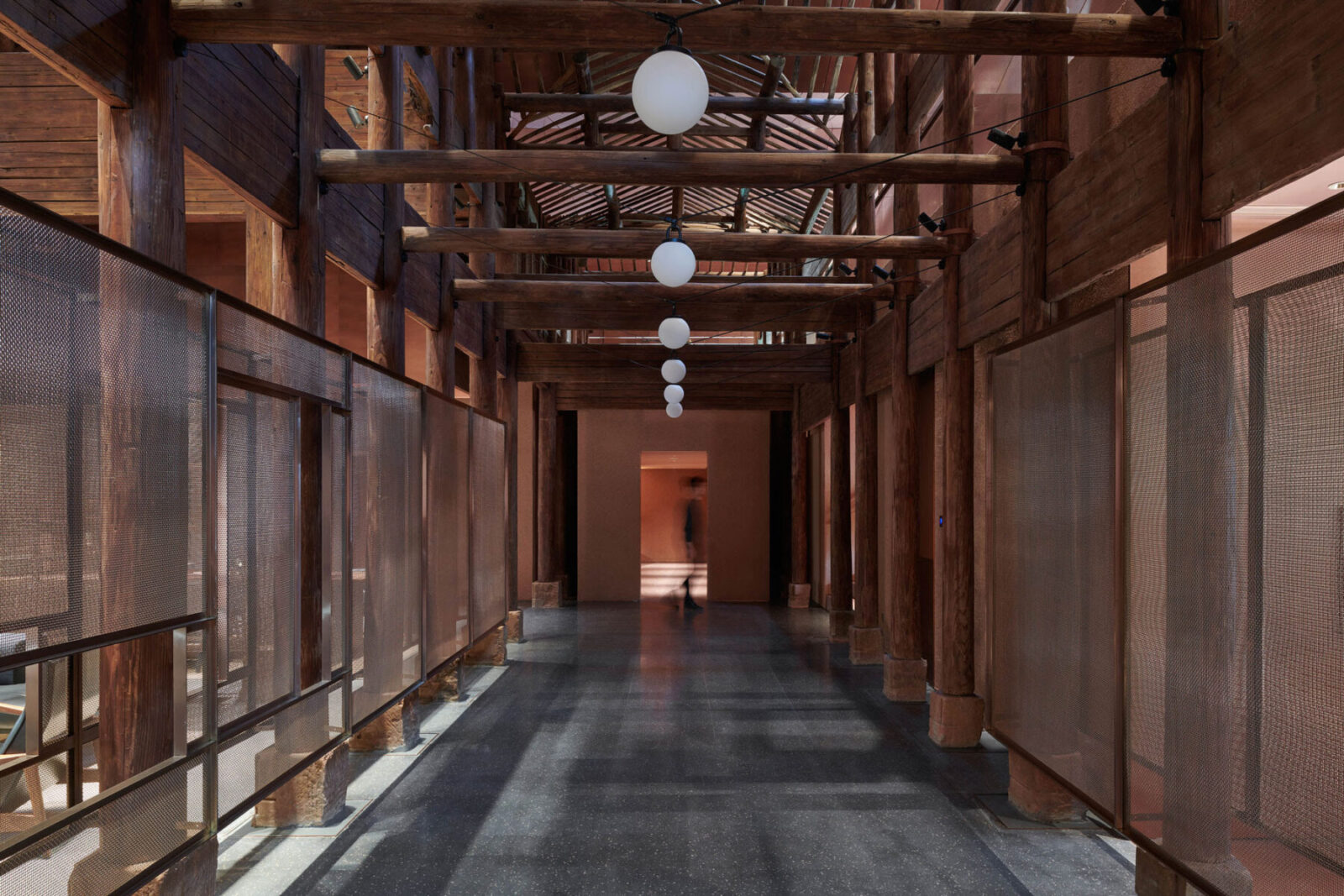 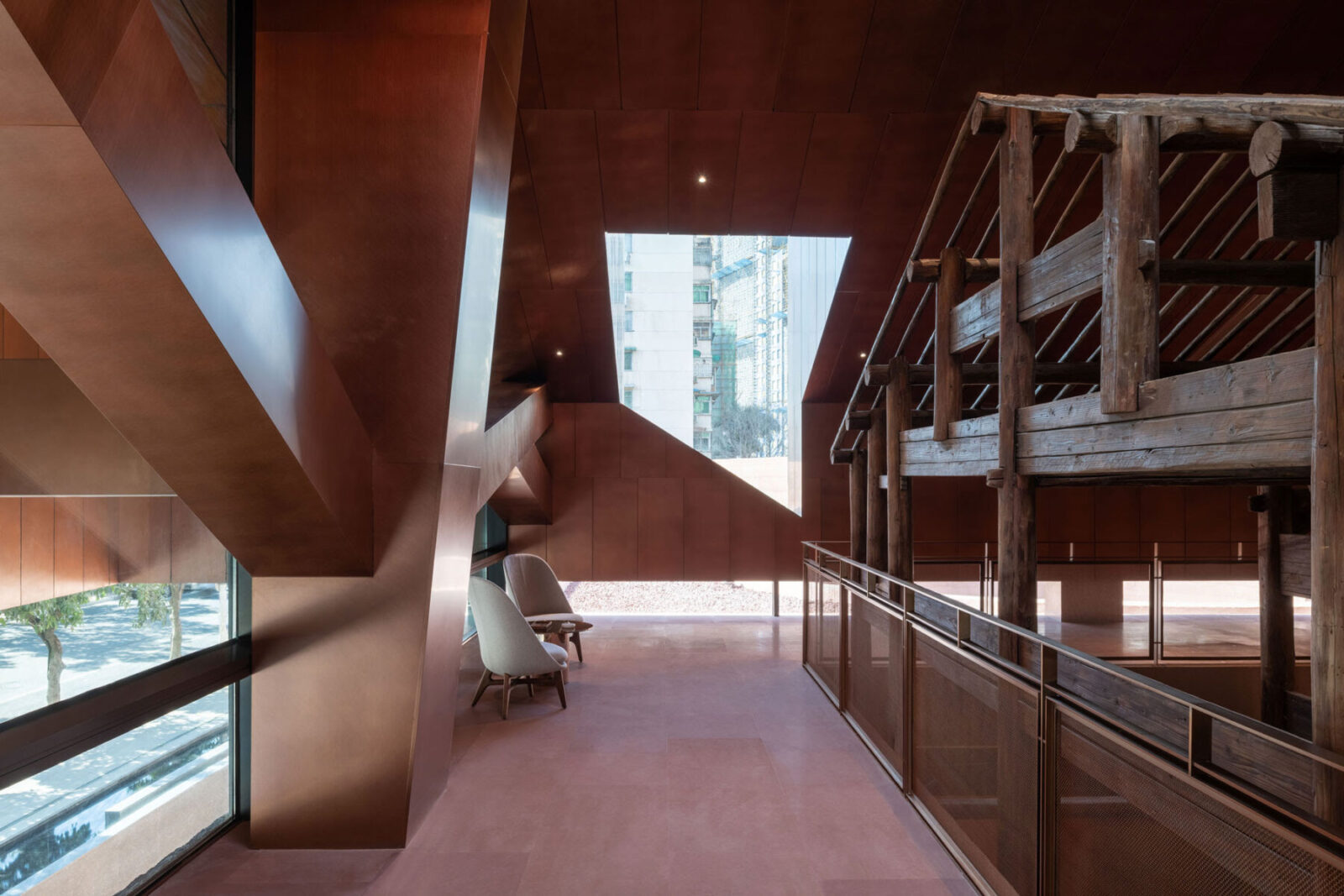 Sky wells penetrate the roof, bringing natural light into the depths of the enclosure and illuminating the priceless artefact on display. 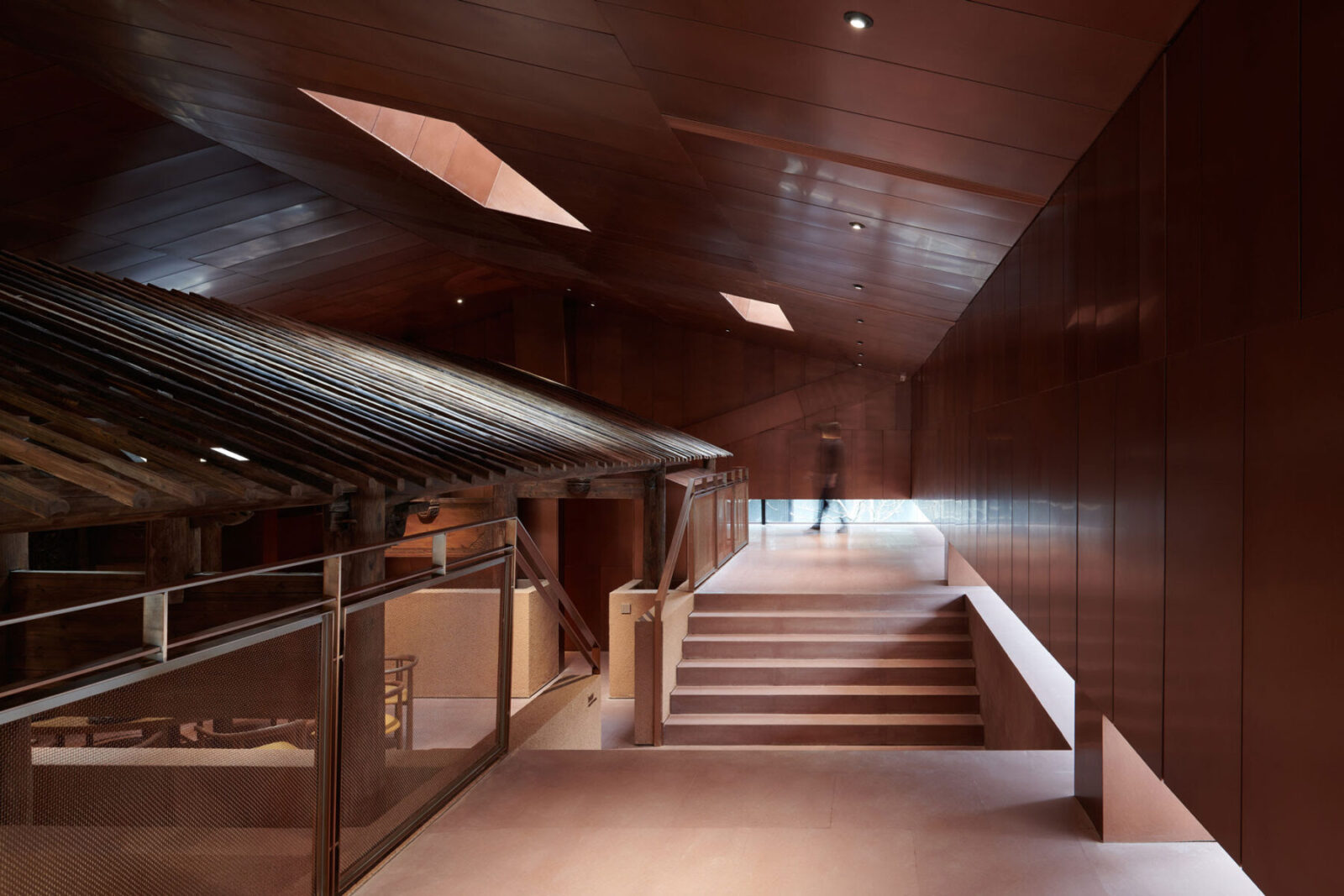 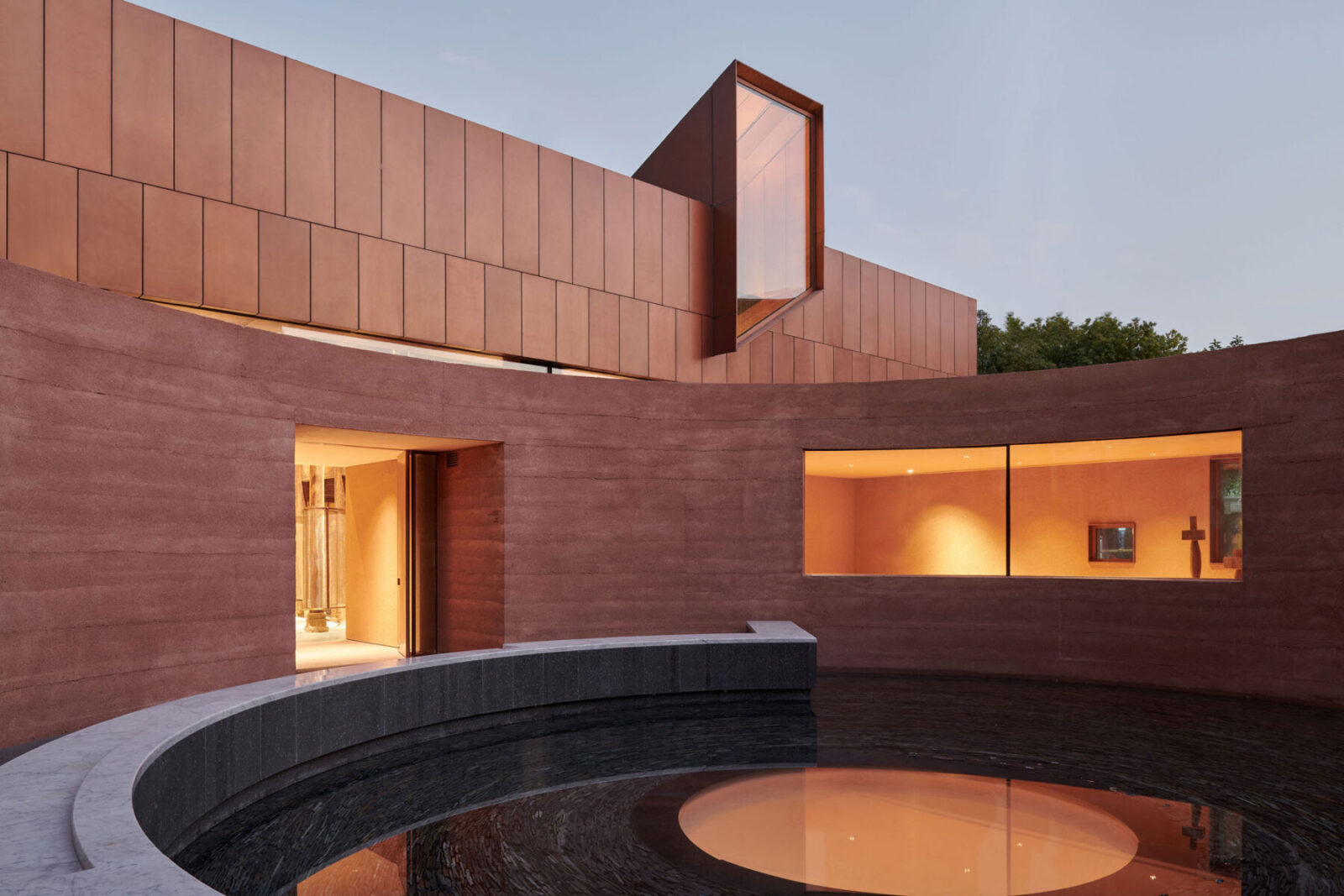 Only upon reaching the mezzanine does the structural configuration of the building begin to reveal itself. The hovering metal roof is lifted 50 cm off the solid base by copper-clad trusses to introduce a sliver of continuous illumination around its periphery. Wrapping itself around the historical wooden structure, the mezzanine space allows visitors to appreciate intricate carpentry details at eye level. 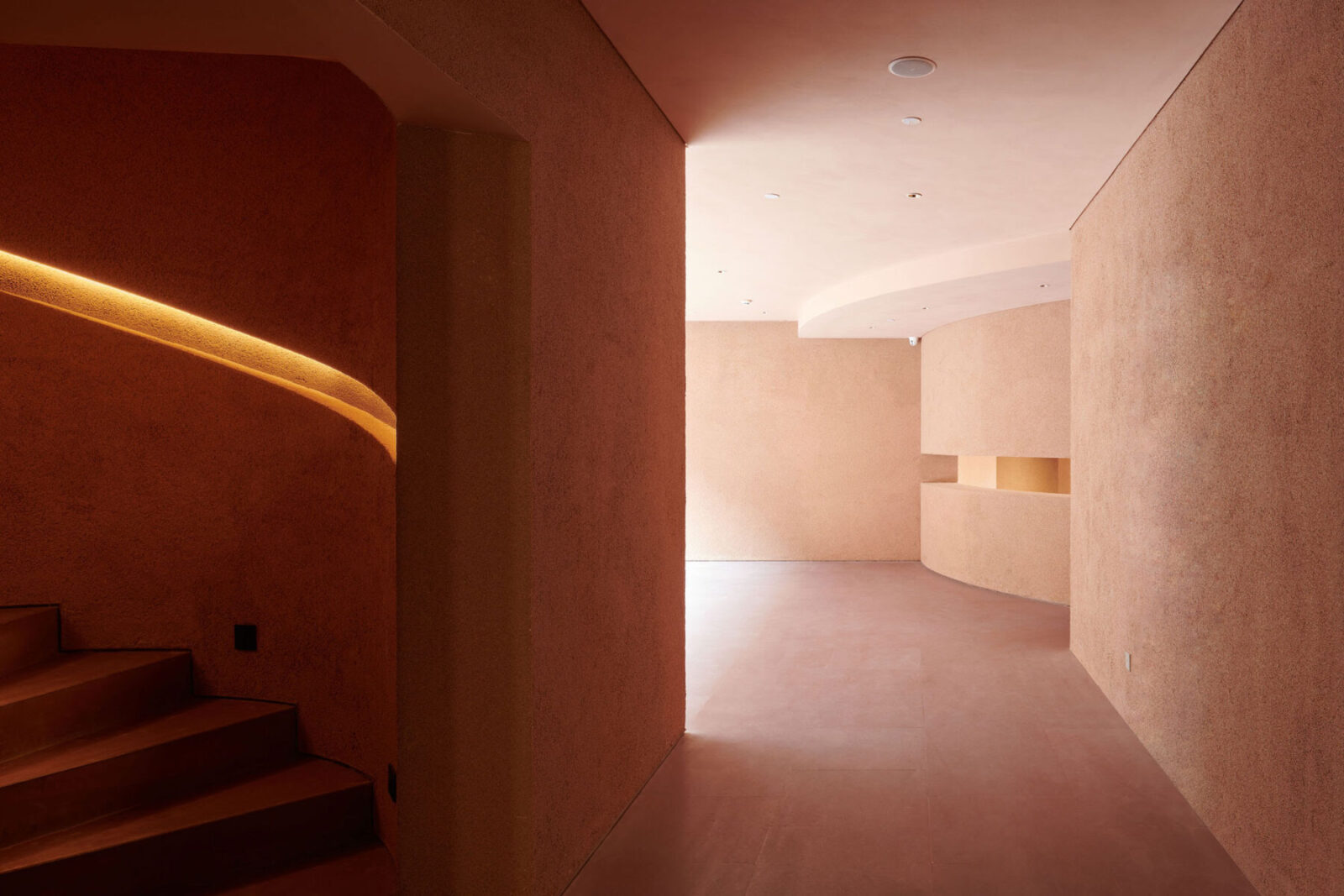 The basement level includes a secondary arrival lobby housing a rotunda, a sunken courtyard and tasting rooms. At the top of the rotunda, a carved oculus capped by glass is submerged beneath the pool in the courtyard above. It filters the sun through a thin film of water, creating a mesmerizing play of reflections. 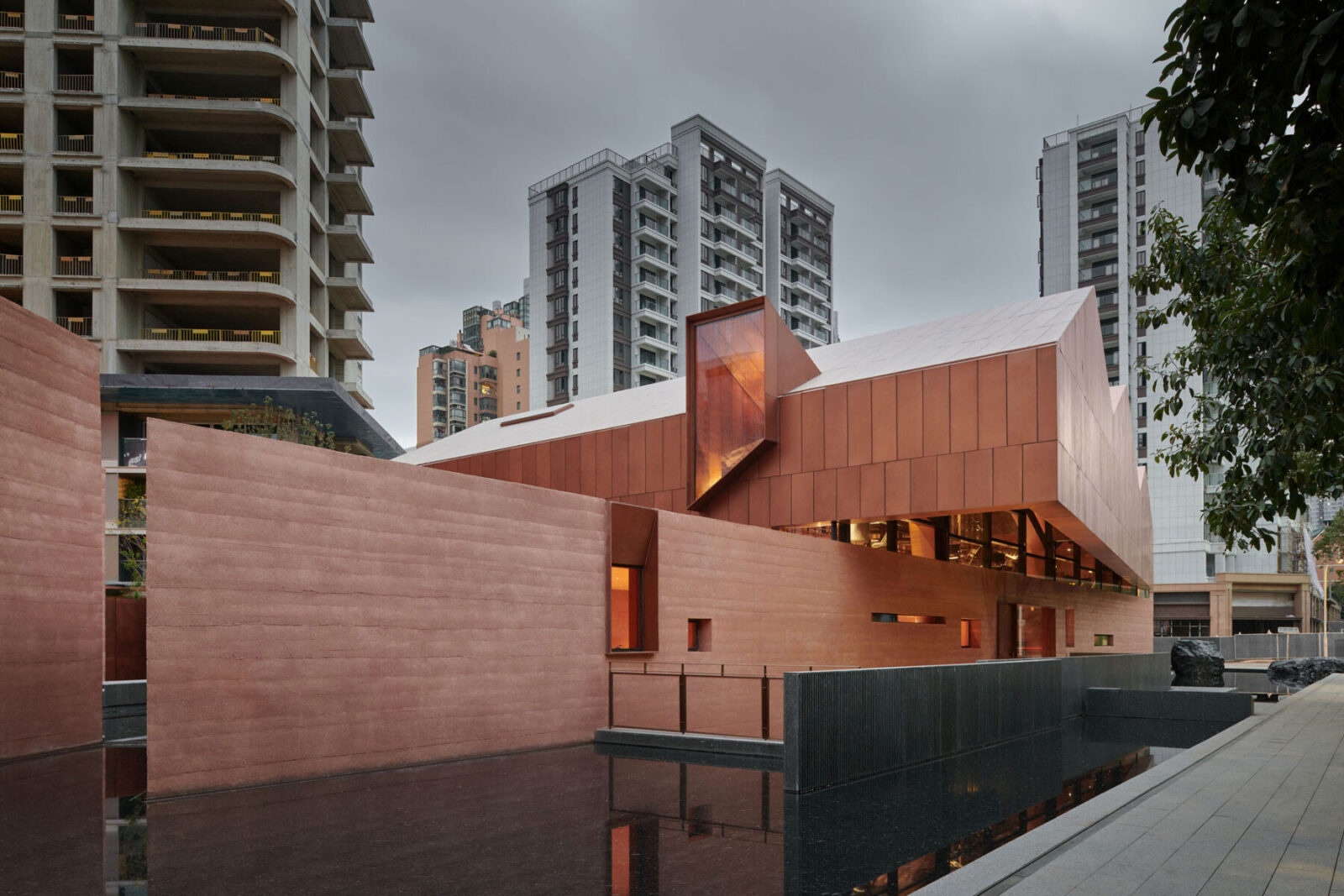 by VALIA KAVALLAArchisearchhttps://www.archisearch.gr/wp-content/uploads/dunes_beach_hotel-2-370x700.jpg
SHARE THIS PAGE
WITH YOUR FRIENDS