Z-Level Architecture restored and made an addition to a Mani tower-house dating from the 18th century converting it into MAINA traditional holiday villa with breathtaking views to the surrounding olive groves and the sea. 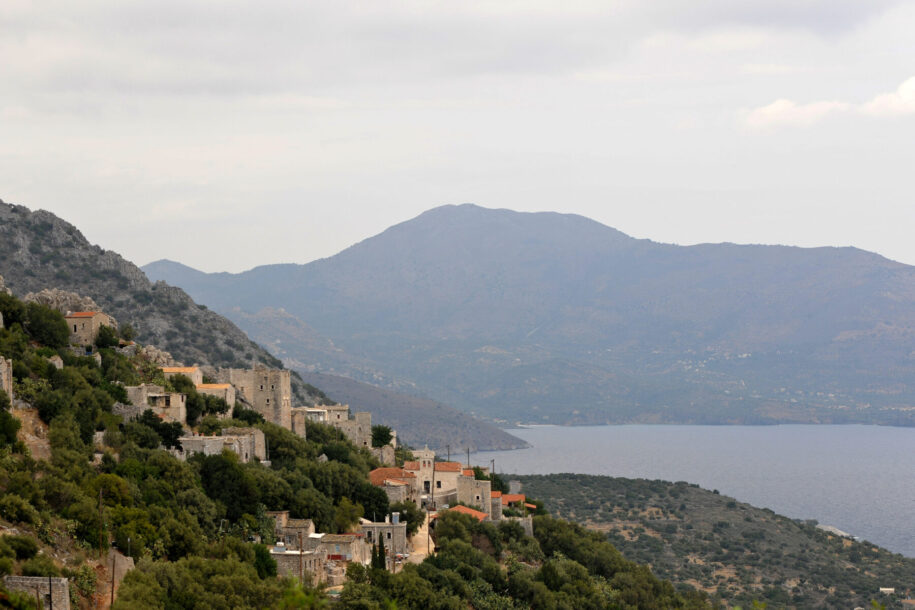 The tower-house is located at Exo Nyfi, an abandoned traditional settlement in Eastern Mani with stone towers. Positioned on the hill the house looks out over the Mani landscape with views of olive groves and the sea. 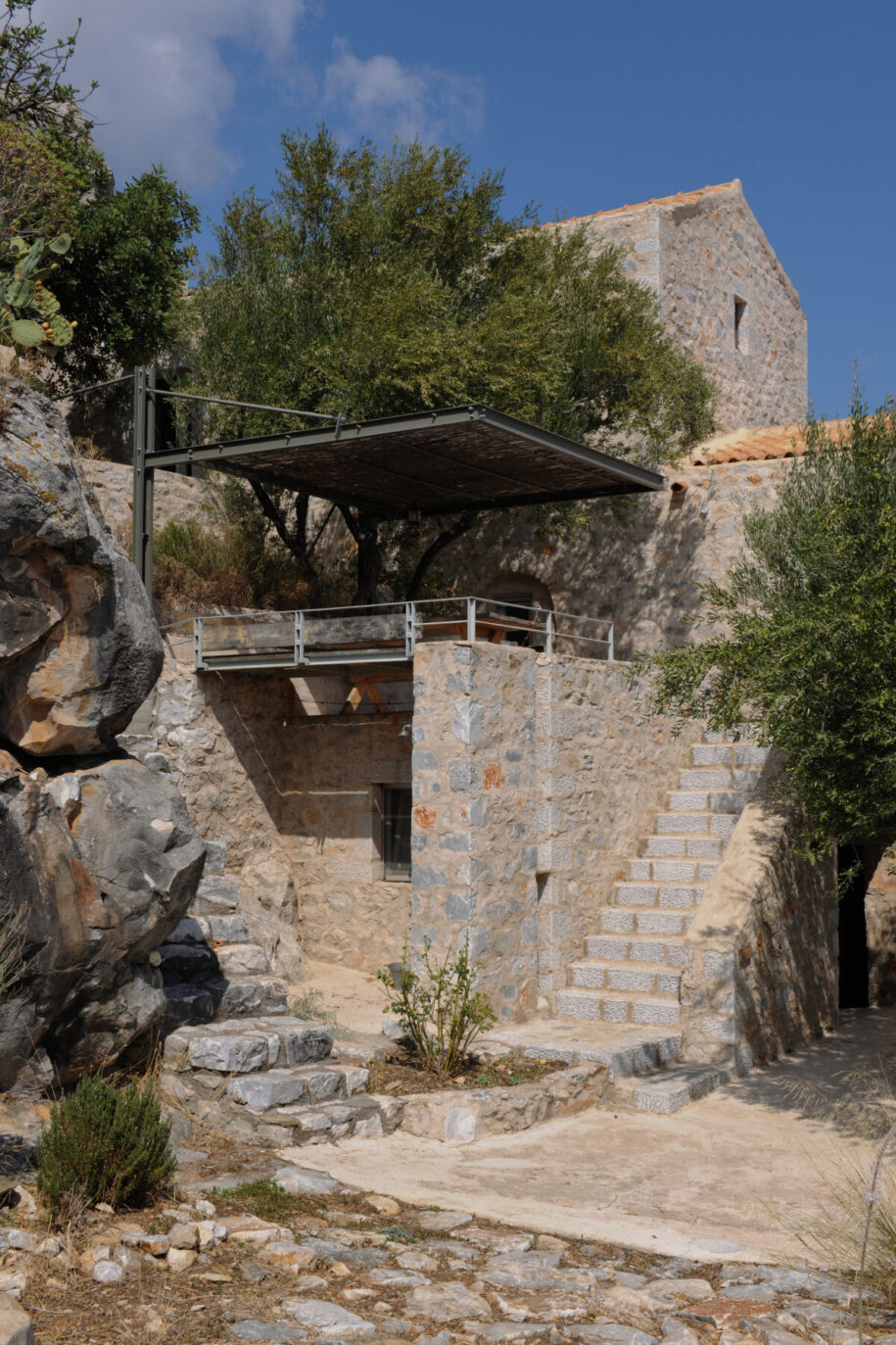 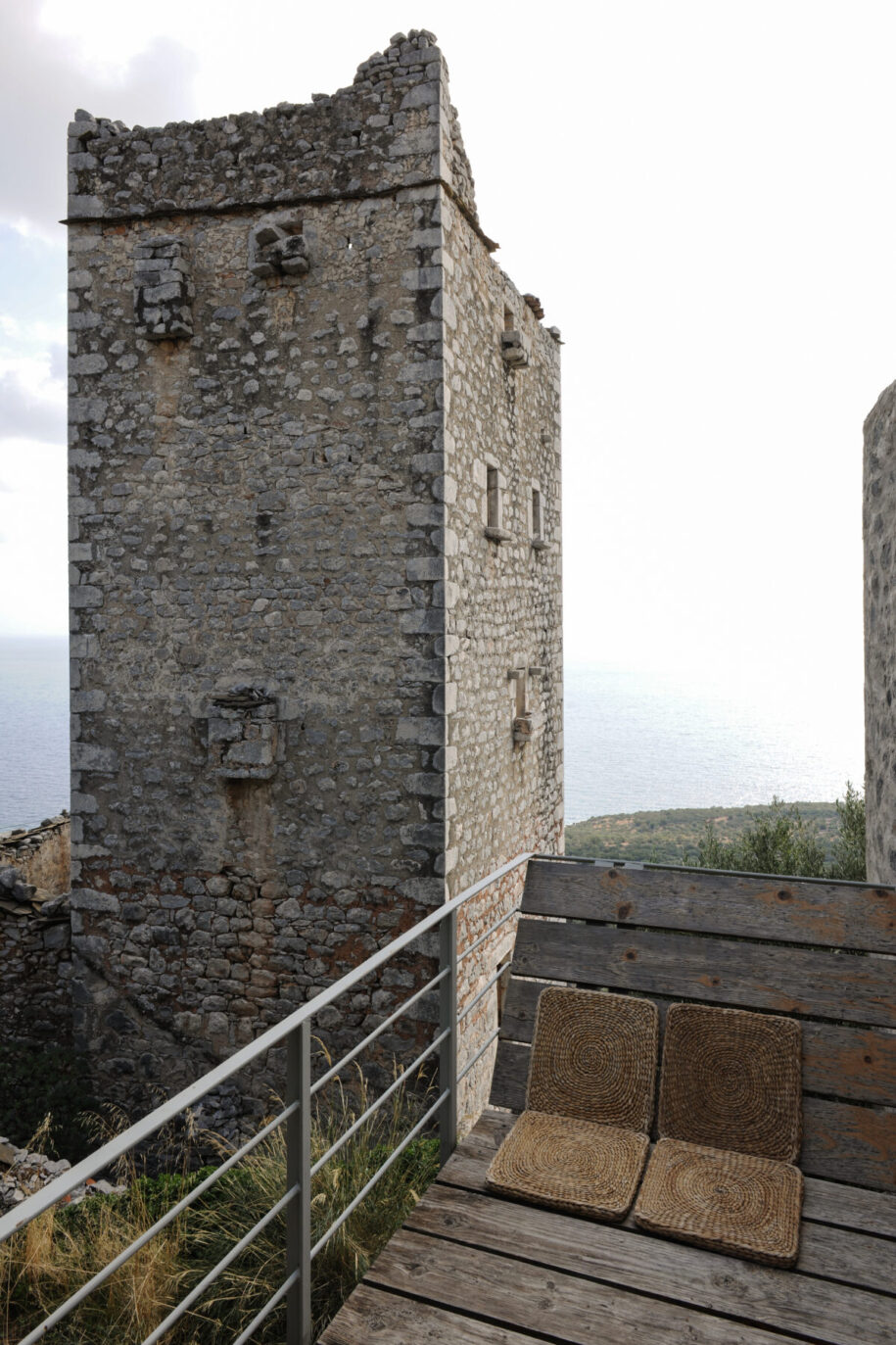 Initially an abandoned megalithic two-storey building dating from the 18th century, cut off from the road with access only over a stone-paved path; the ruin was located in a garden with olive trees, carob trees and prickly pear cacti, nestled in the embrace of the hillside with a cave. To the east, the yard abutted a 16th century tower, which is a historical monument, and alongside there was a Byzantine chapel with 12th century wall paintings. 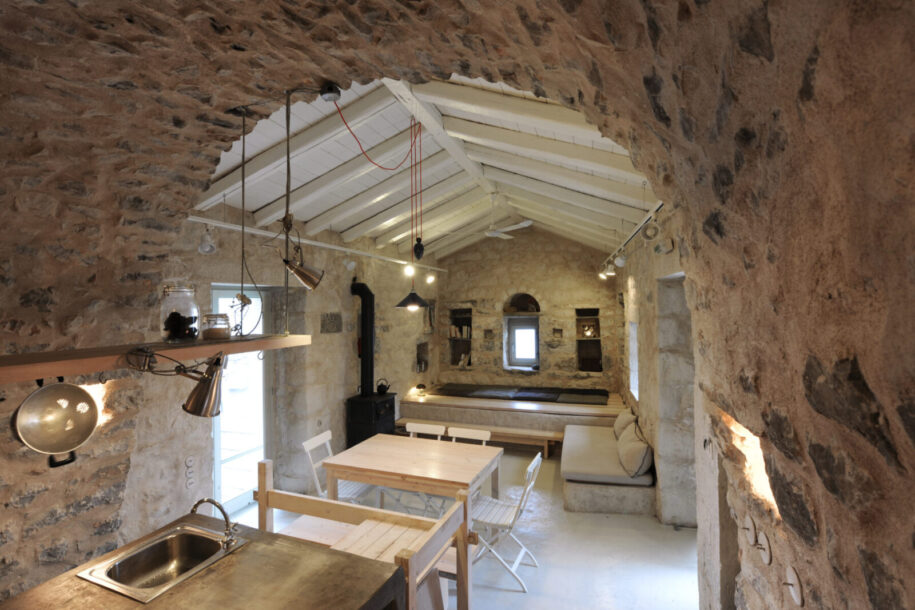 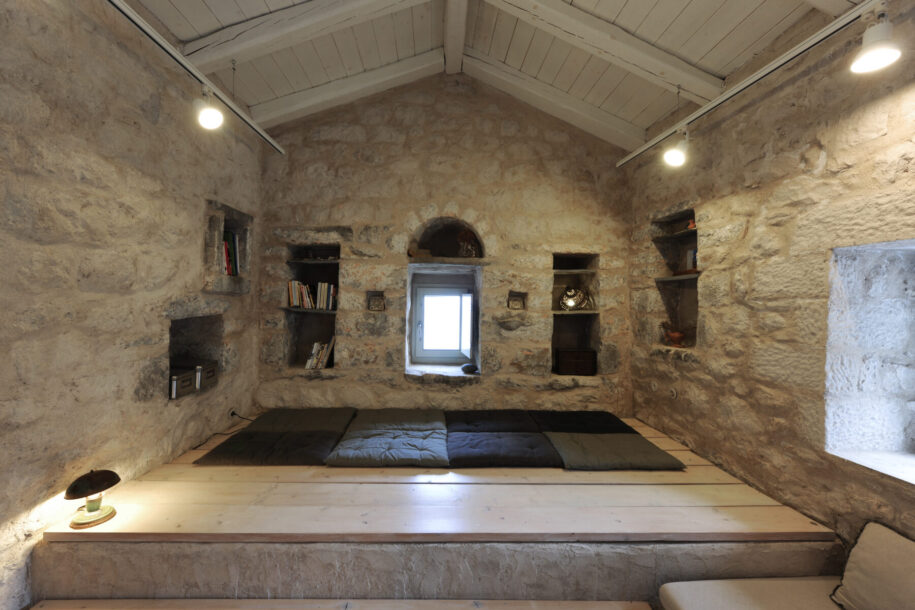 The main challenges faced in the design process were how to create a dialectic relationship between the building and its historical background and how to introduce the addition to the existing building and the web of the traditional settlement. The goal of the design was for a spare renovation of the tower-house and its conversion into a holiday villa that exuded a primordial spirit of place. The residence was designed to function as a starting point and a place to familiarise oneself with the natural beauty of Mani as well as its cultural wealth, helping in this way to shed light on the traditional settlements in the area and try to bring them back to life, as they have slowly been abandoned with the passage of time. 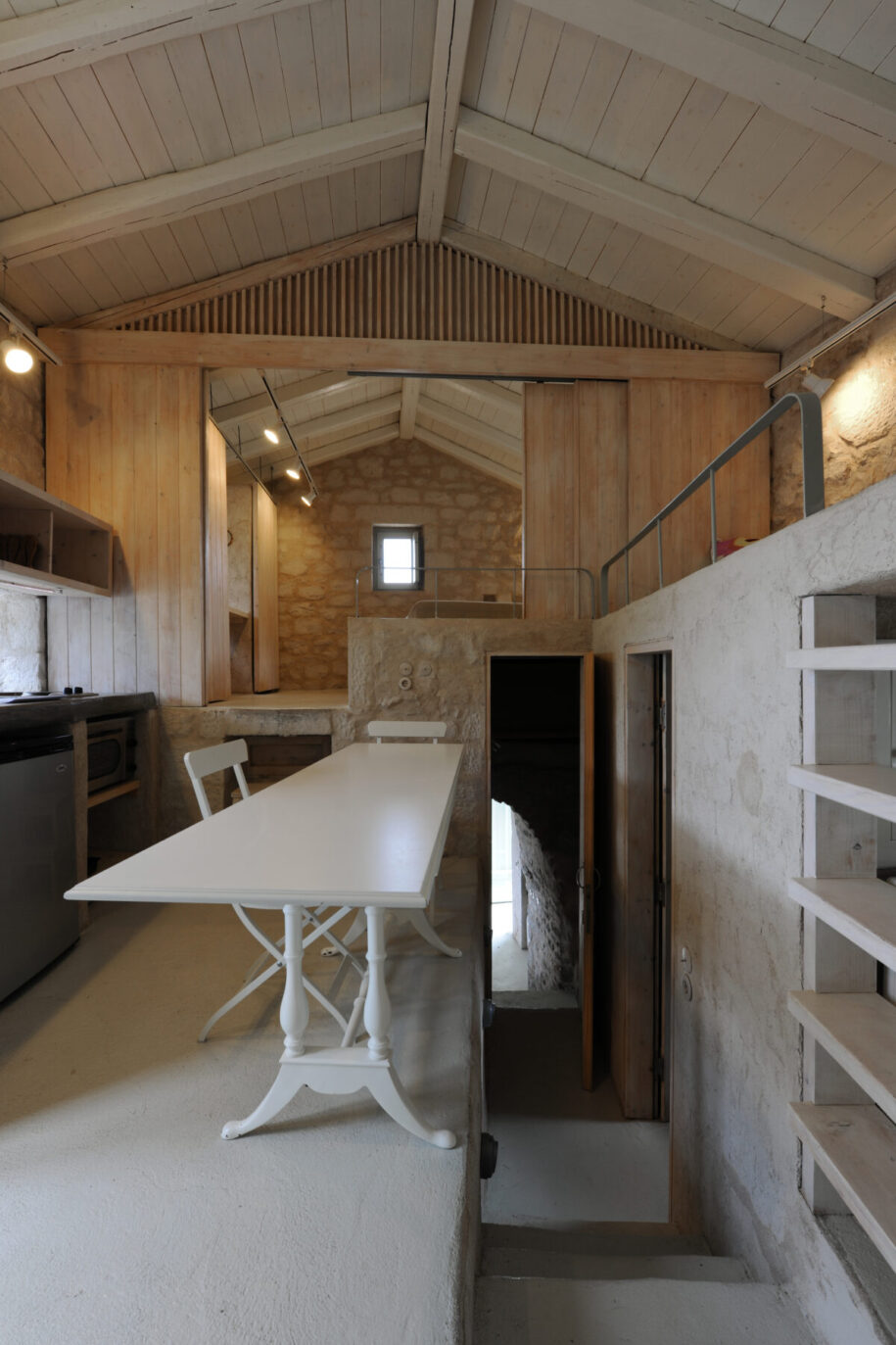 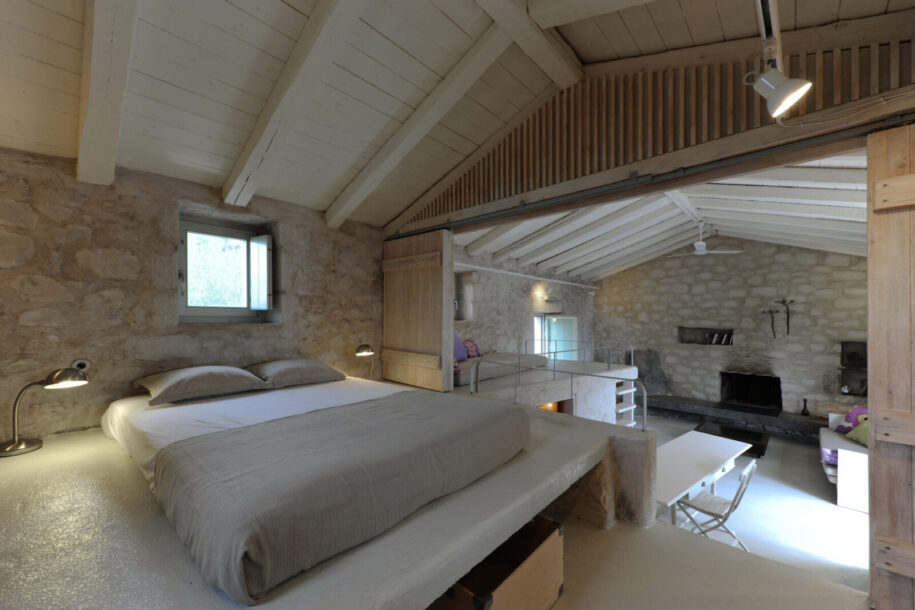 The complete lack of infrastructure (access, water, waste disposal, continuous electrical power supply) made self-sufficiency, ecological management and bioclimatic design mandatory, which go hand in hand with the traditional ways of dealing with the poverty of the land and a focus on only what is absolutely necessary. The design took shape taking the limited construction capacity into consideration at all stages. Access difficulties required that on-site means and resources had to be used and managed. 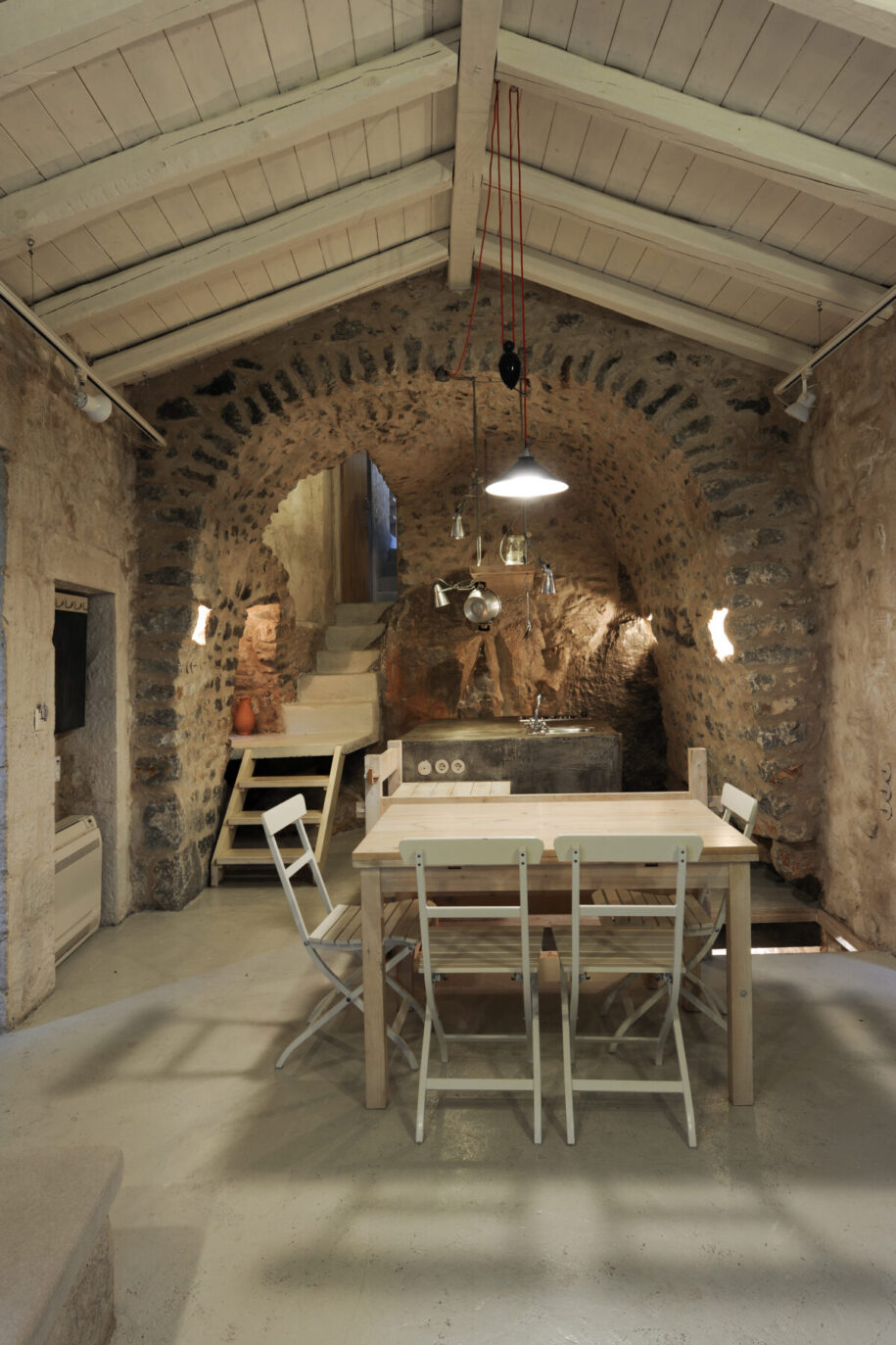 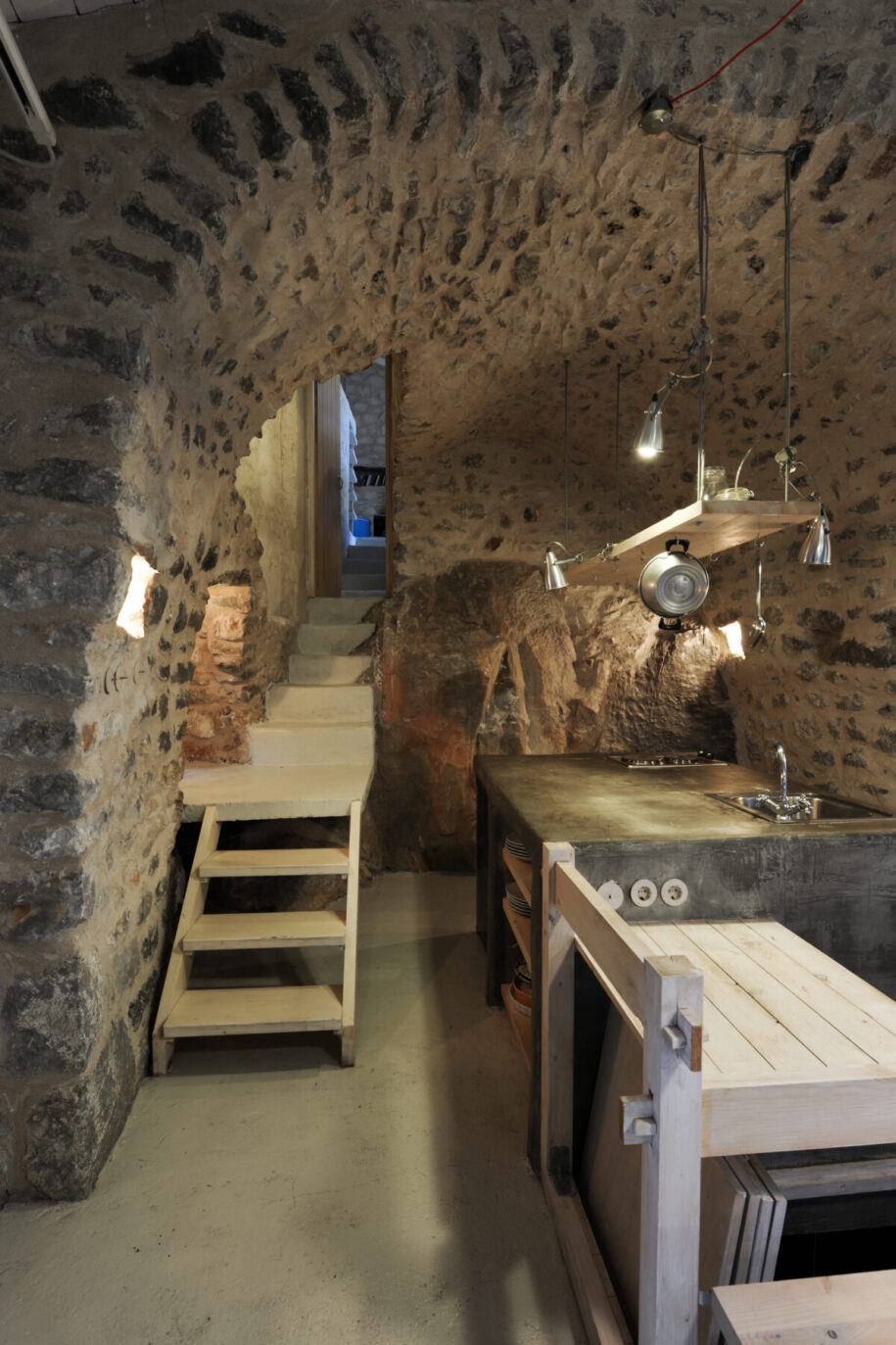 “Maina” was designed in accordance with vernacular housing types in the conservation listed settlements of Mani, in order to fit in with existing buildings in the village. In shaping the outdoor areas, a different vocabulary was utilised from that of the building, in order to set up an interactive relationship between the direct physical and historical landscape and the building’s new intended use. 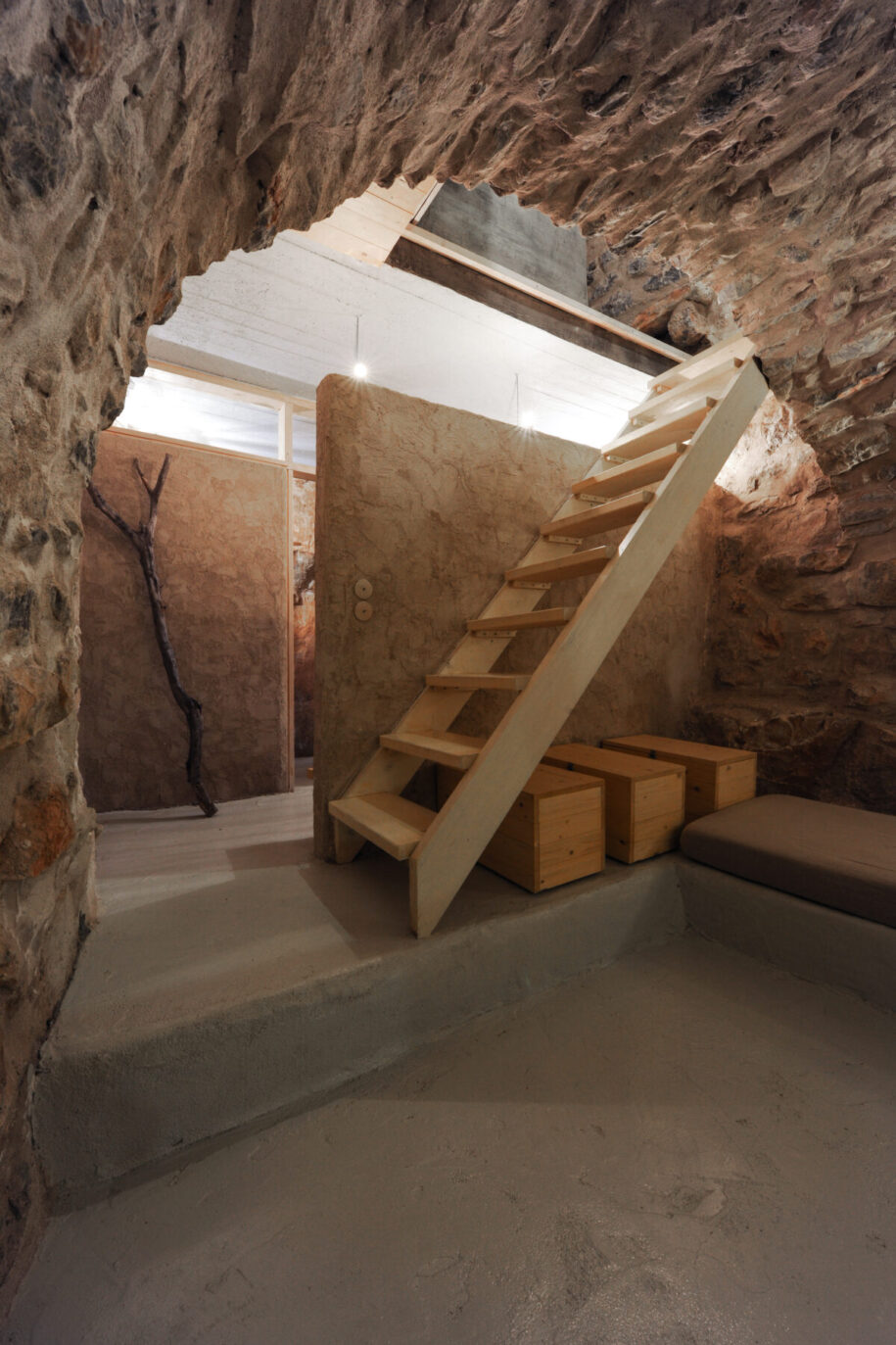 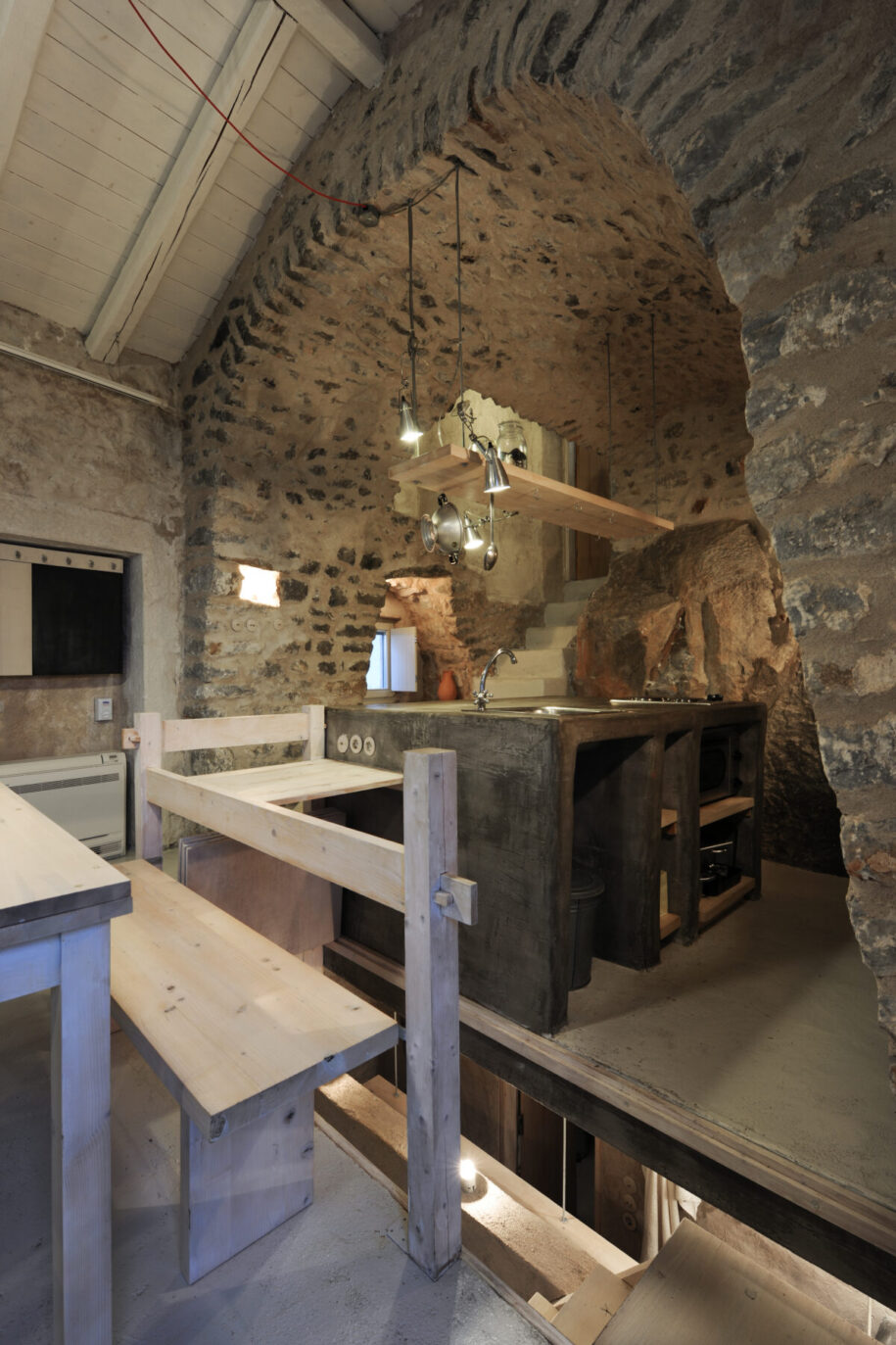 The original building was maintained as a long narrow volume, which unfolds perpendicularly to the topographic contour lines of hillside, as do the other houses in the settlement, looking out to the sea and the east. It includes two levels with a total surface area of 88 sq.m. The new addition comprised a second long narrow volume added adjacent to this old building, maintaining the same vertical relationships with the landscape relief, adding 62 sq.m. All three levels of the residence constitute single spaces, and suitable placement of openings ensured natural light and ventilation during the hot Mani summers. This gives rise to either a single holiday villa or two independent units. Each level has independent access to the outdoor areas, each designed individually according to ambient sunlight and the natural landscape. This Mani tower-house is a building created in successive phases over time, in order to cover the spatial requirements of its various users. 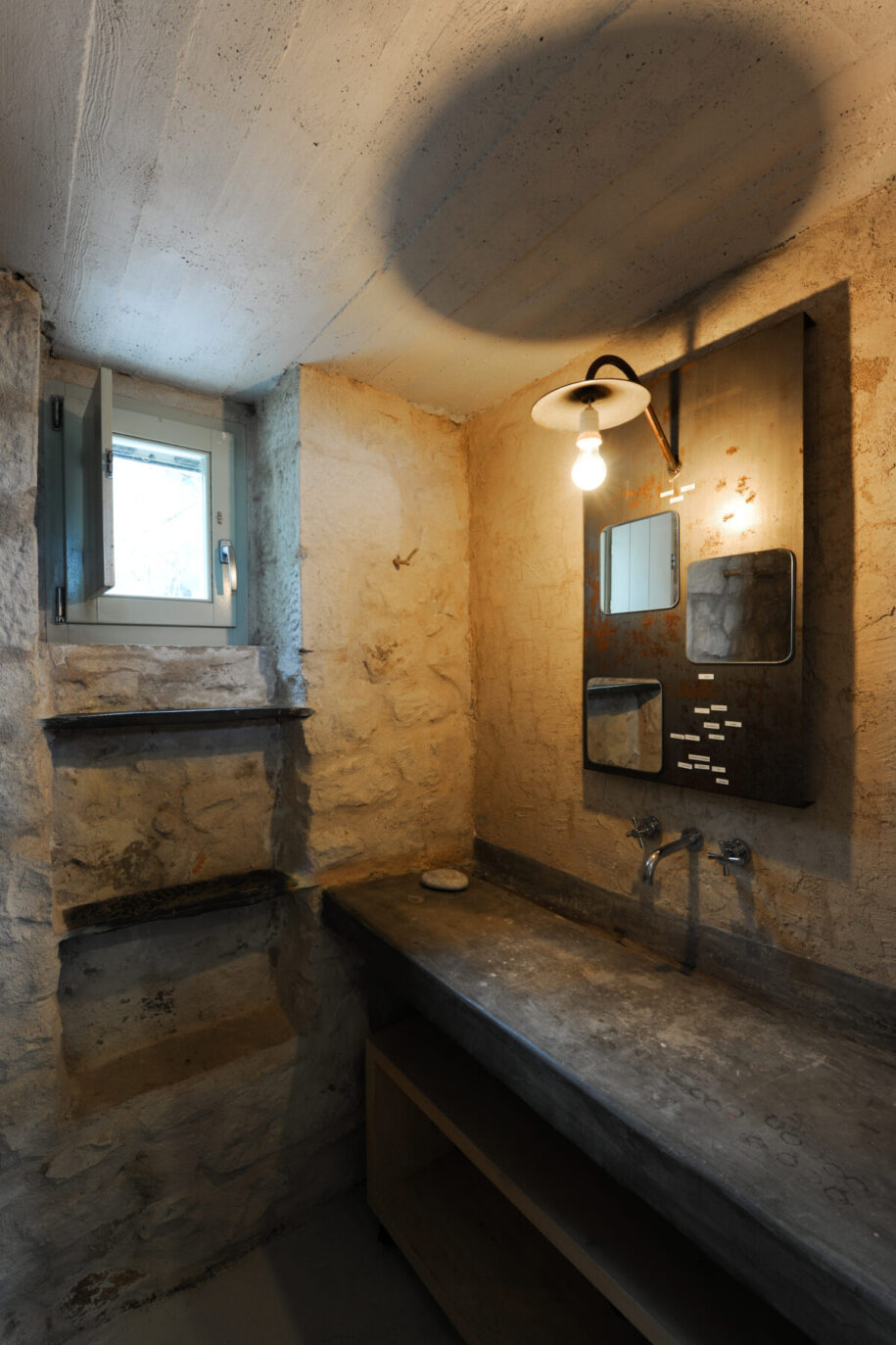 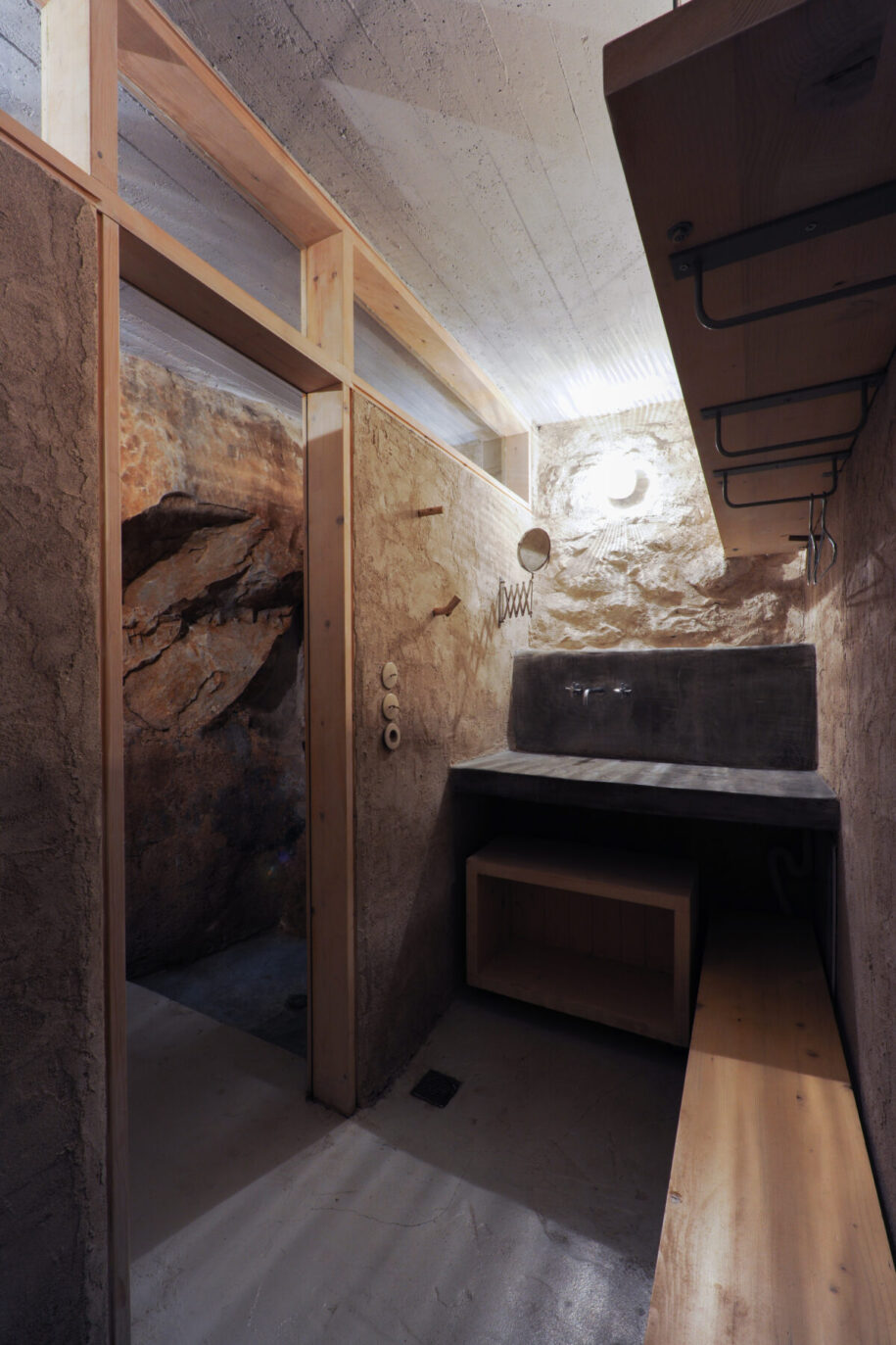 Its recent conversion to an ecologically-minded holiday villa is intended to leave a light footprint on the long history of the building and to open up a dialogue between travellers and place. 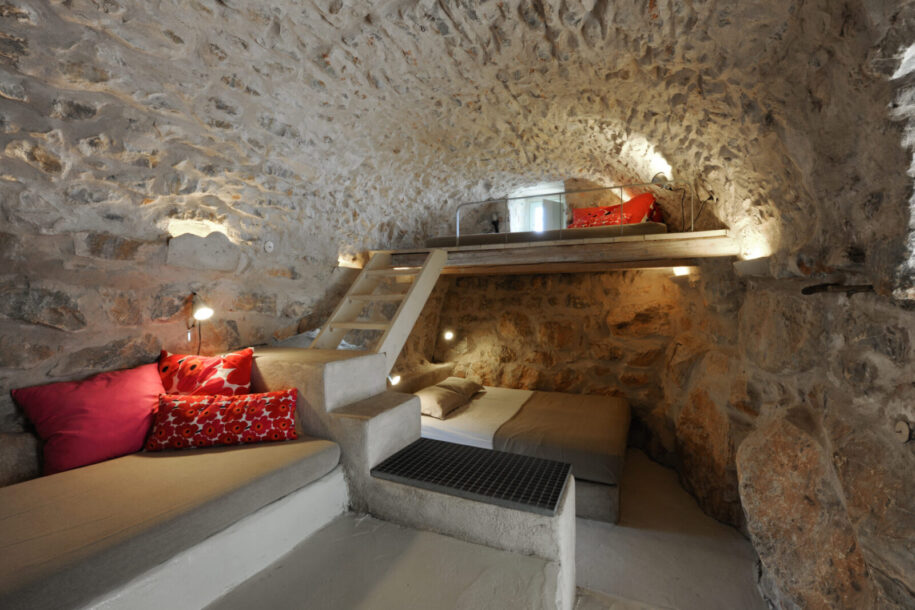 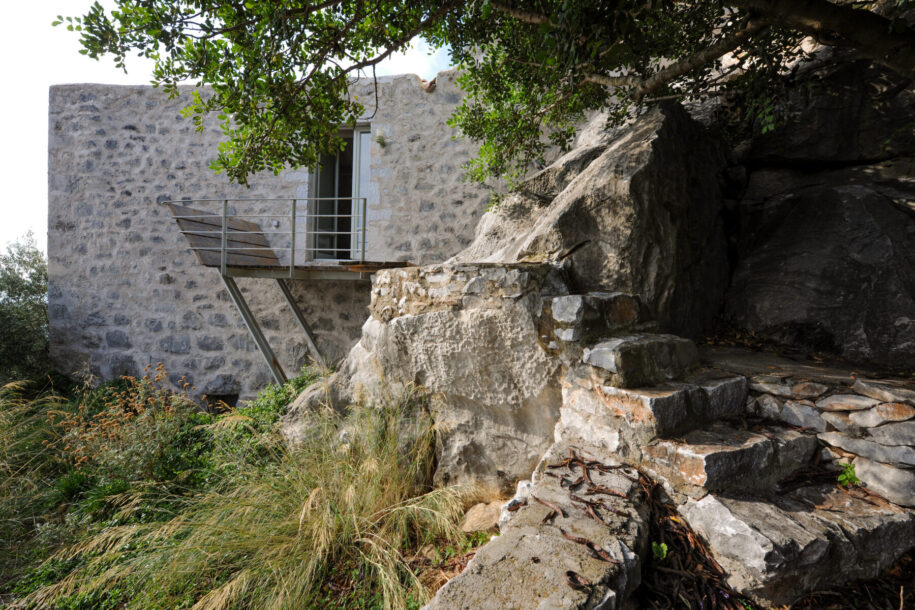 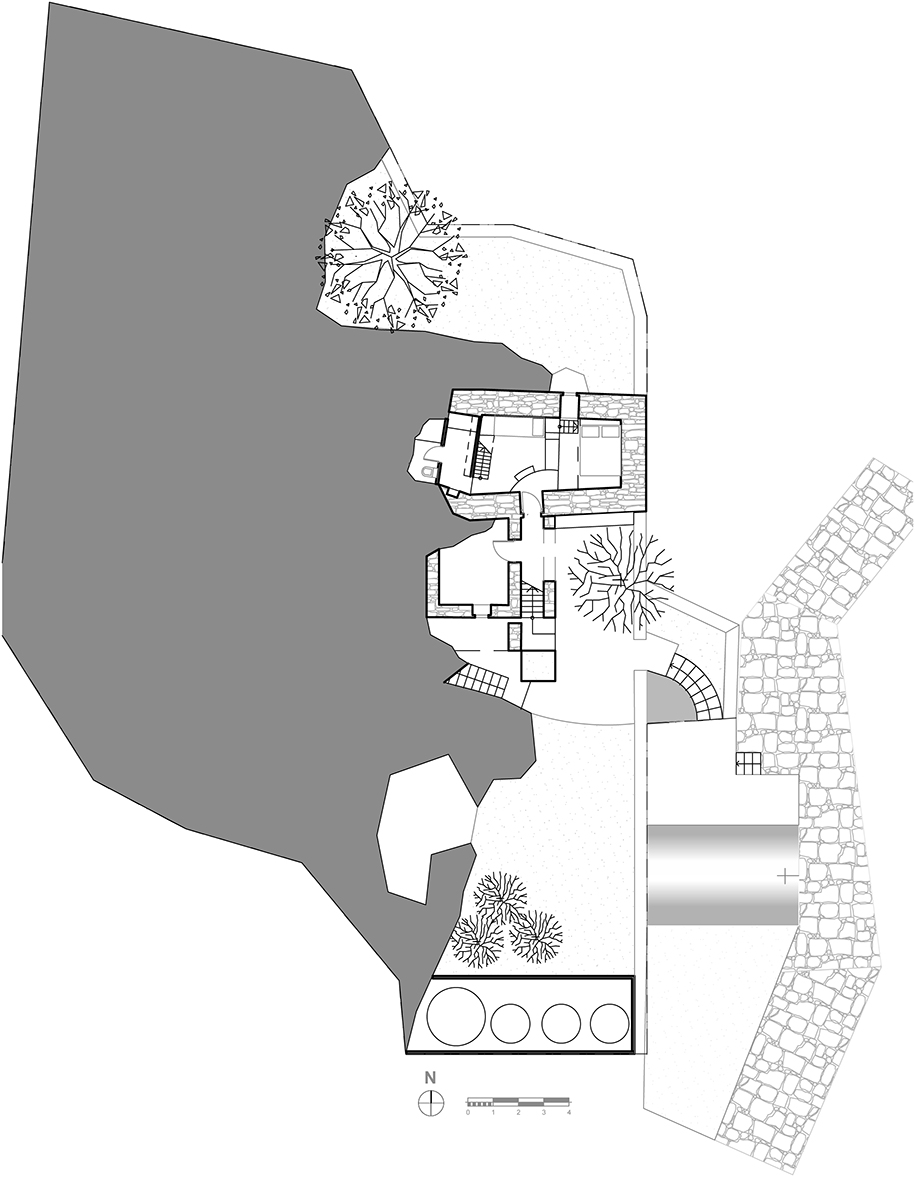 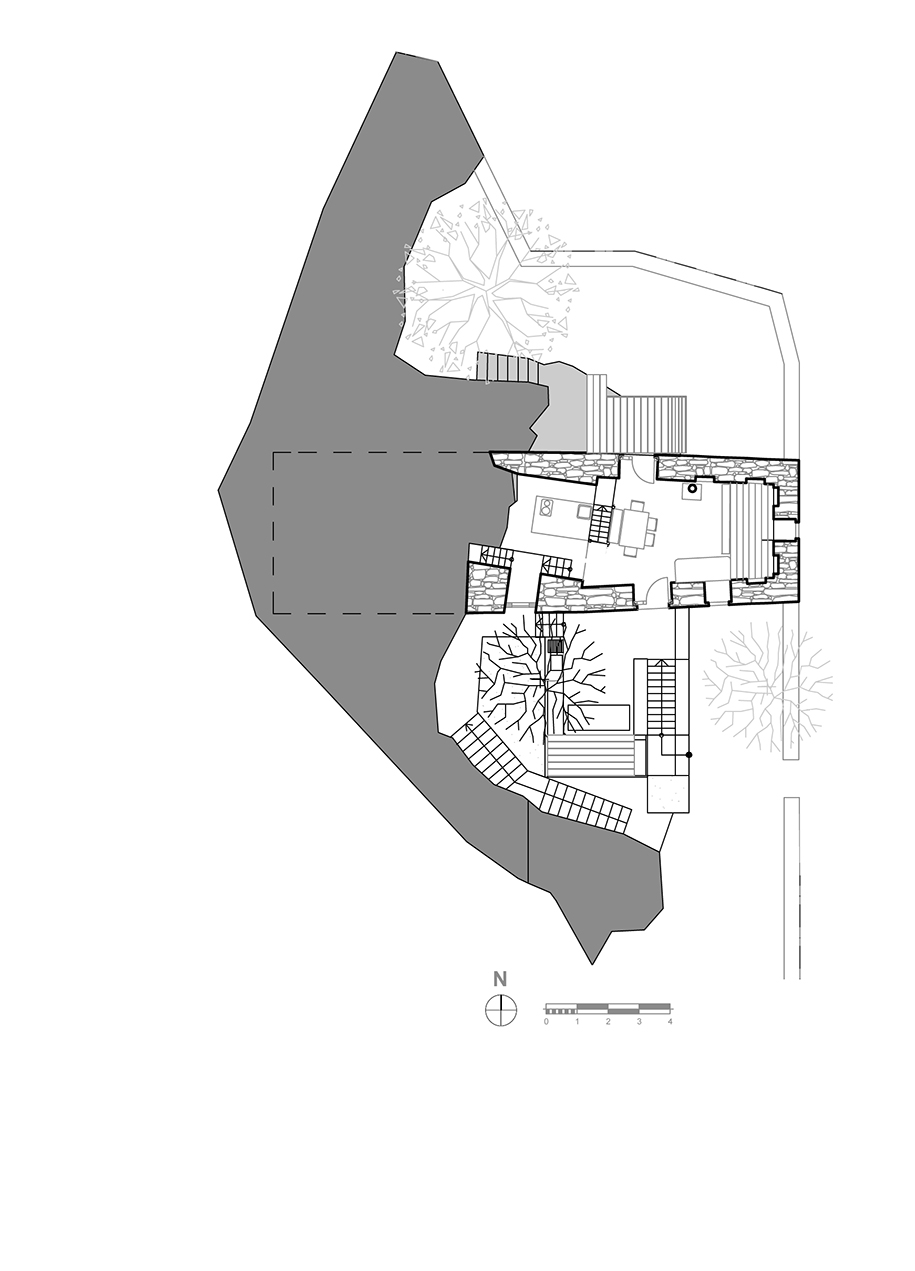 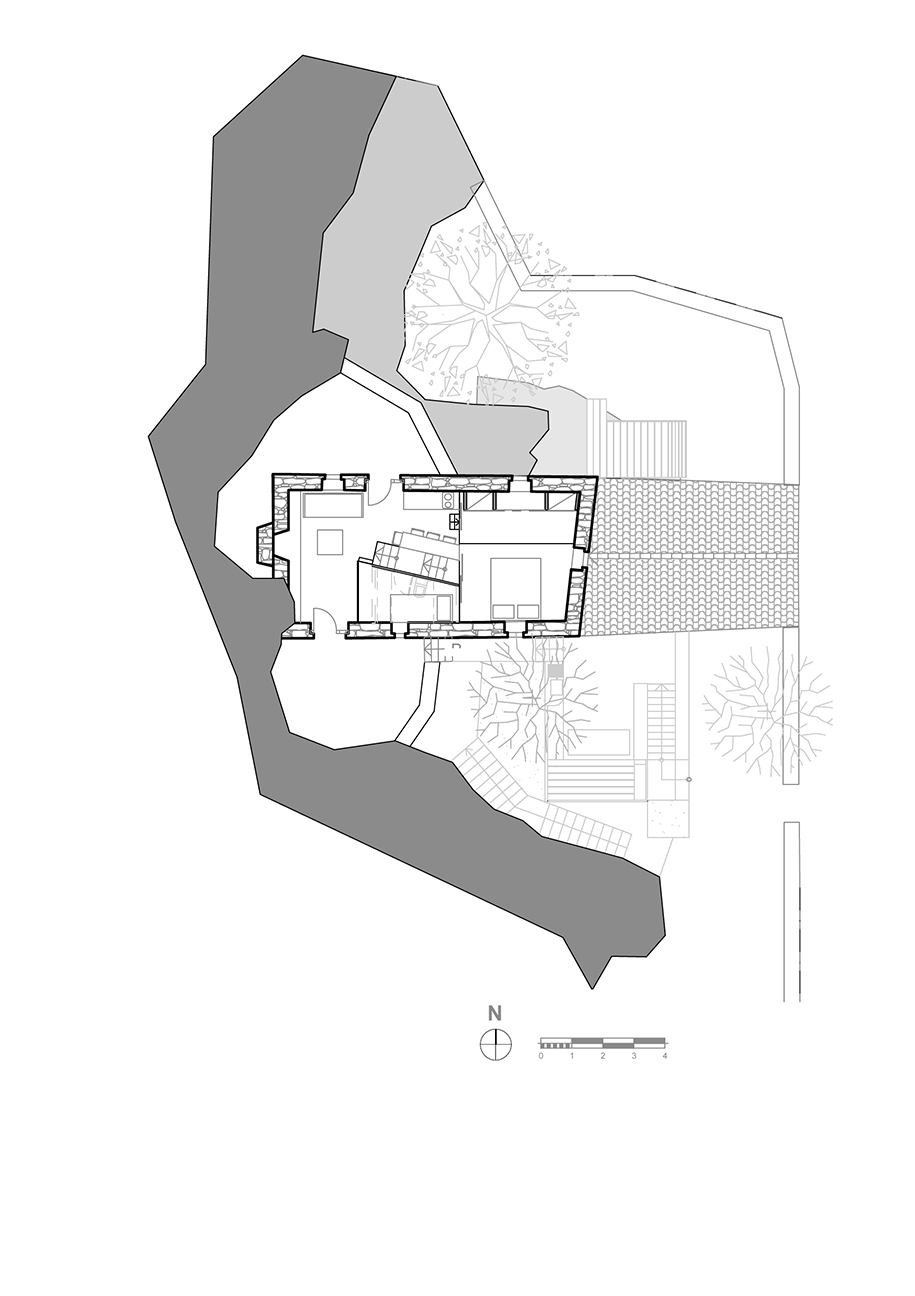 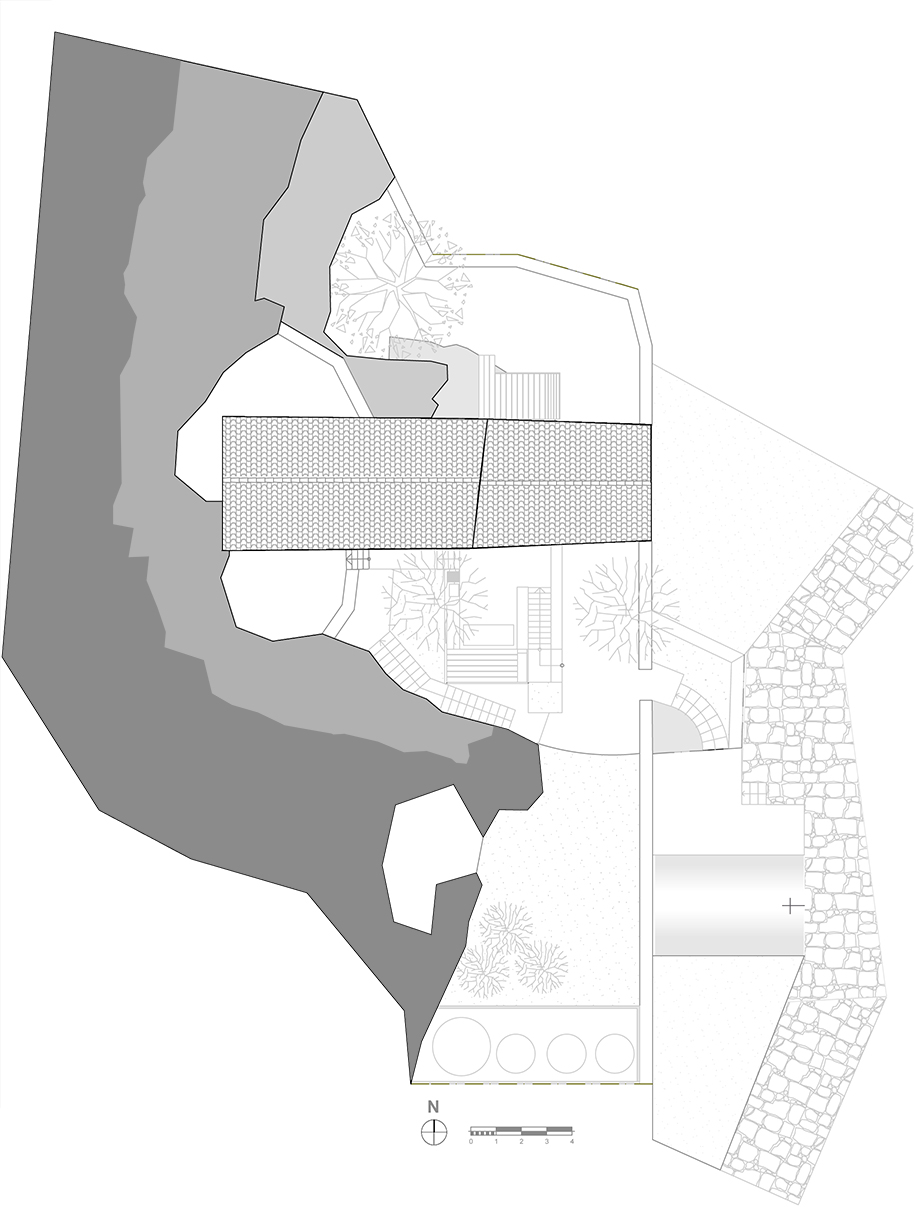 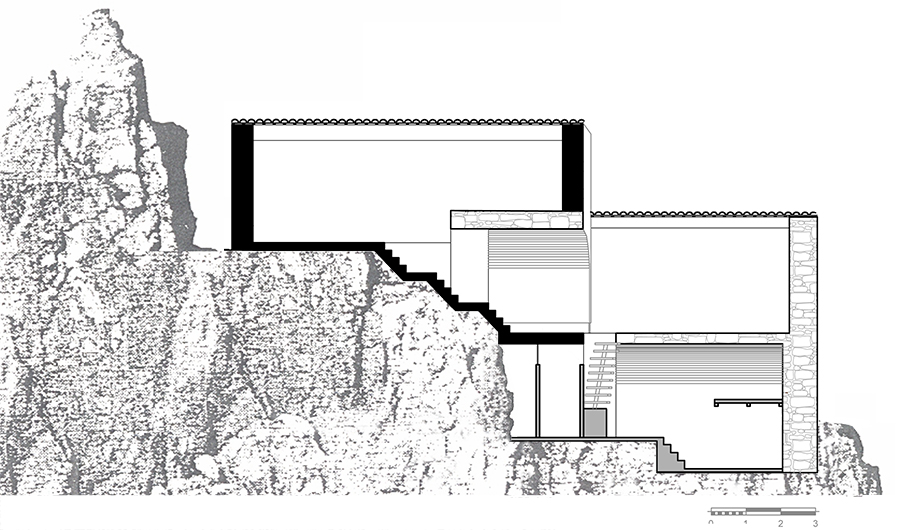 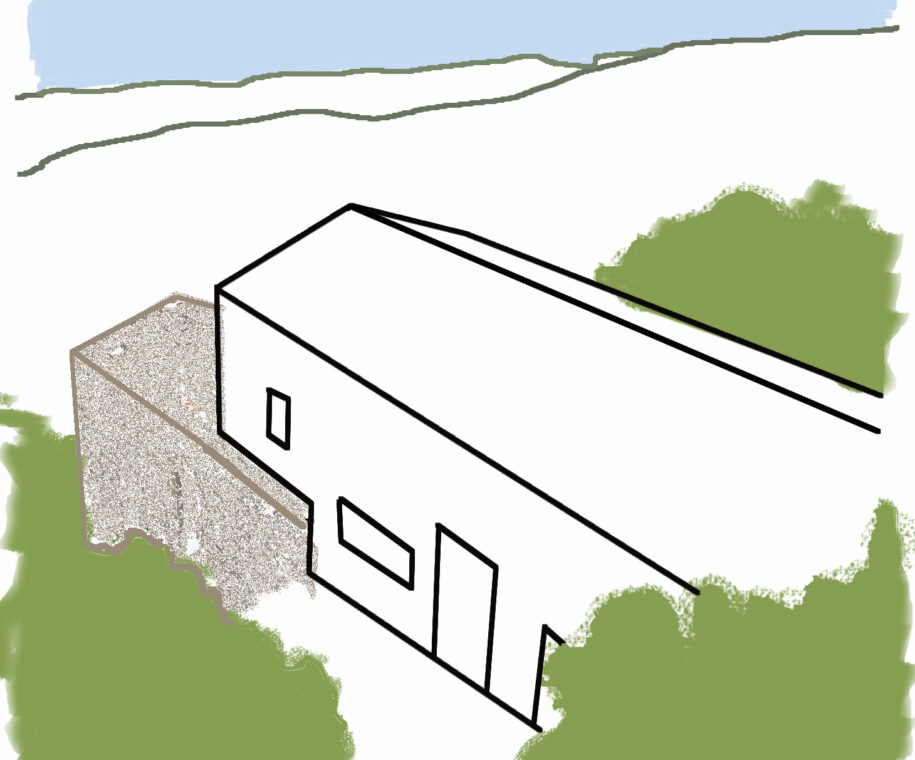 READ ALSO: "Aldo Rossi. The architect and the cities" major retrospective in MAXXI Museum of Rome from 10 March to October 2021 | Curated by Alberto Ferlenga
0 COMMENTS

by MELINA ARVANITI-POLLATOUArchisearchhttps://www.archisearch.gr/wp-content/uploads/PROVIDENCIA-04-1-370x700.jpg
ARCHITECTURE 06MAY 2021

by ANGELIKI ASIMAKOPOULOUArchisearchhttps://www.archisearch.gr/wp-content/uploads/1The-Sea-Clap-Studio-WDCValencia-2022-6-370x700.jpg
PODCASTS 06MAY 2021

by ELPIDA ROIDOUArchisearchhttps://www.archisearch.gr/wp-content/uploads/Sinanioti-cover-370x700.jpg
SHARE THIS PAGE
WITH YOUR FRIENDS