Architect Daniel Zamarbide from BUREAU in collaboration with Leopold Banchini from Leopold Banchini Architects designed Dodged House in Lisbon, Portugal paying tribute to Irving Gill’s profound modernism while making an attempt to elude the current state of mainstream architecture production in the city by means of a less marketable design approach that features an opaque façade and an interior volume that refuses efficiency of land use.

The crisis that hit Portugal ten years ago has produced an incredible density of abandoned spaces. The two main cities, Porto and Lisbon, offered a landscape of ruins and closed buildings that charmed an international community looking for a southern romanticism. Since then the two cities have acted and reacted to renew their historical centers and a good quantity of these abandoned houses have been renovated with a general undeniable quality, probably due to the sensitive and cultivated approach of Portuguese architects in general. This landscape of closed buildings was featured by numerous opaque facades, hiding the interiors as if the life of those buildings had disappeared or was in a frozen state, waiting for better times to open the windows again and let the sunshine in.

Streets with no windows, faces without eyes.

This particular situation has evolved in Lisbon at a faster pace. The city center’s reconstruction has opened the eyes to welcome an aggressive airbnb economy re-creating a well-known phenomenon that other cities in Europe have already gone through. The Air Bed & Breakfast also produces an Air Economy with implications and consequences that will fatally pop up with time. The impact of this market on the architecture realm is interesting. Renovations bear all a similar signature, creating qualitative and sensitive interventions, yet very marketable and instagramable, which seems to be the most important indicator of a successful architecture in this context.

Two hundred years ago, at the turn of the 19th century, an architect looking for a healthier climate drove down from cold Chicago to California to start his practice in San Diego. He had been a draughtsman in the most influential office of the time, Sullivan’s, and had actually worked under the direction of Frank Lloyd Wright’s team for the now historical iconic Transport building. Irving Gill commenced then an astonishing creative career as an inventor and an understated avant-gardist.

The story is interesting when comparing to the reach of media between these two moments of history. Today’s immediacy of actions-images featuring Portuguese new renovated interiors is hardly comparable to the time of Gill; his architecture had to wait until Esther McCoy wrote the now well-known publication Five California Architects in 1960 to be acknowledged and celebrated. It was actually Reyner Banham some years later who showed this work to the international public in his book, Los Angeles: The Architecture of Four Ecologies in 1971. Despite this late success the destruction of one of his main works, The Dodge House, could not be avoided, even through a strong campaign that Esther McCoy carried out to save this historical icon of Californian architecture.

The Dodged House in Lisbon pays a double tribute. On one hand to Irving Gill’s architecture. The very particular modernity that he established as the basis of his practice seems to perfectly echo the Portuguese context (the same way as Gill’s architecture was understood to develop from the Missions in California). On the other hand, as a trace of the time in which the Dodged house was designed and built, it has preferred to keep her eyes closed and opaque façade and has bet on a less marketable feature, space, void, interior volume that refuses efficiency of land use. Within a rather small plot (around 40 m2 ground floor, 94 m2 in total) the Dodged house has privileged a strong section and a contemplative void, proposing a diversity of interior-exterior spaces that extend into a courtyard.

Evidently, the project responds as well to a complexity of functional requirements that has turned the house into a “machine à habiter”, playing again, quite deliberately and strongly with the history of modernism and its inhabitable typologies. In the end the Dodged house is quite a simple and readable project. Although it might be complex in its inscription into the urban fabric and historical context, it is nevertheless quite straightforward in its way to occupy space and distribute the program in a small plot.

As its names indicates, the Dodged house makes an attempt to elude, to trick, an actual state of a certain architecture in Lisbon. 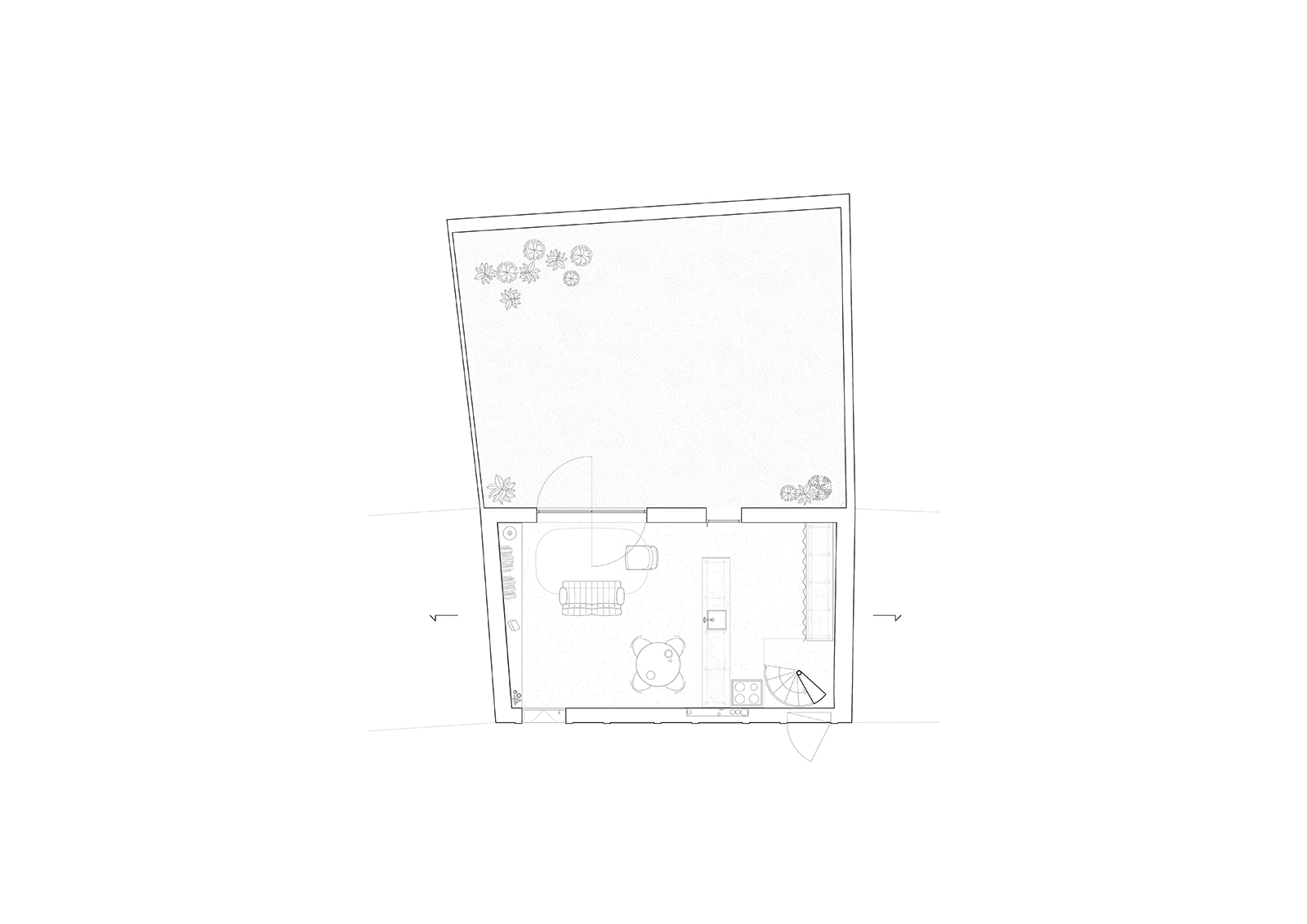 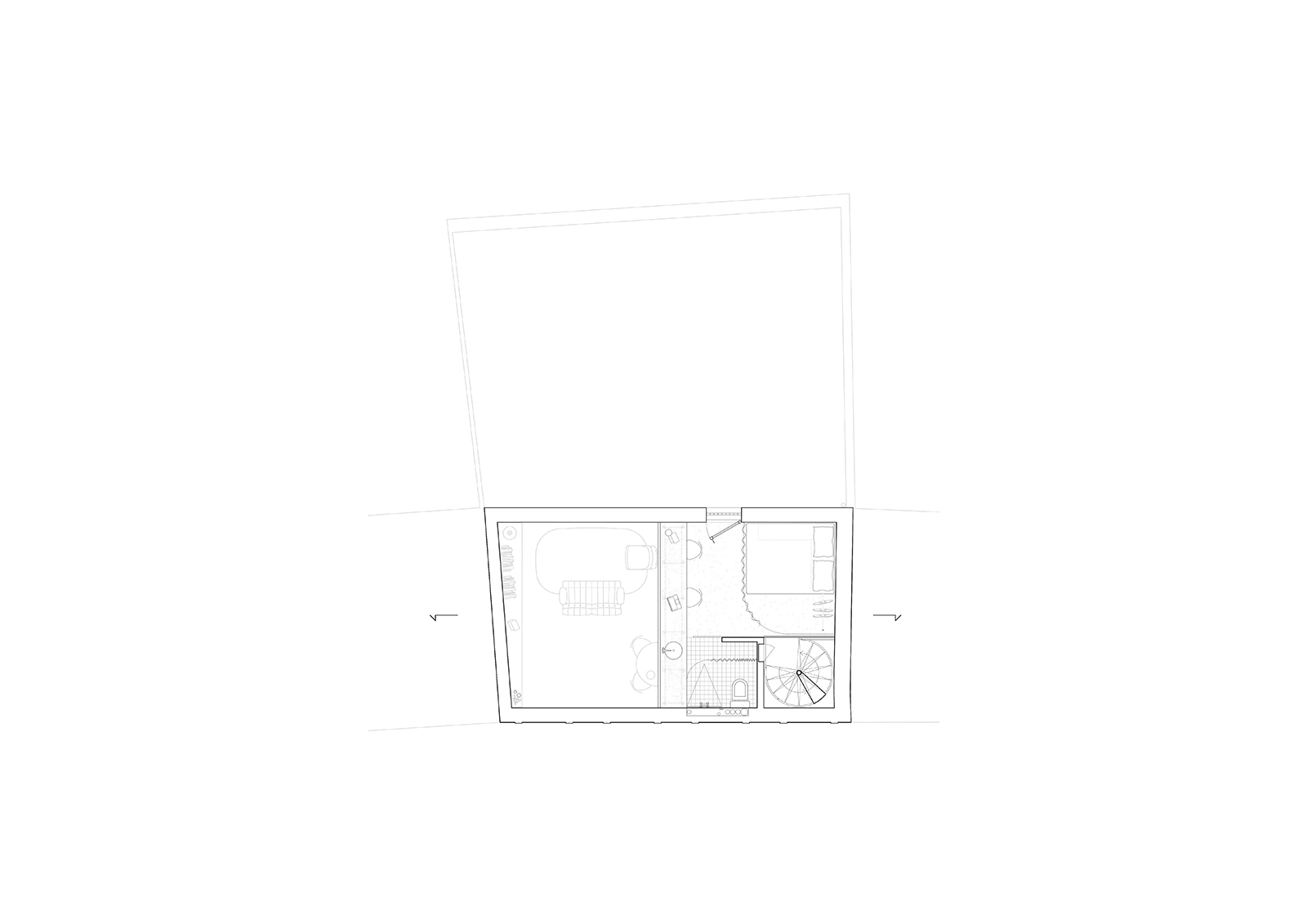 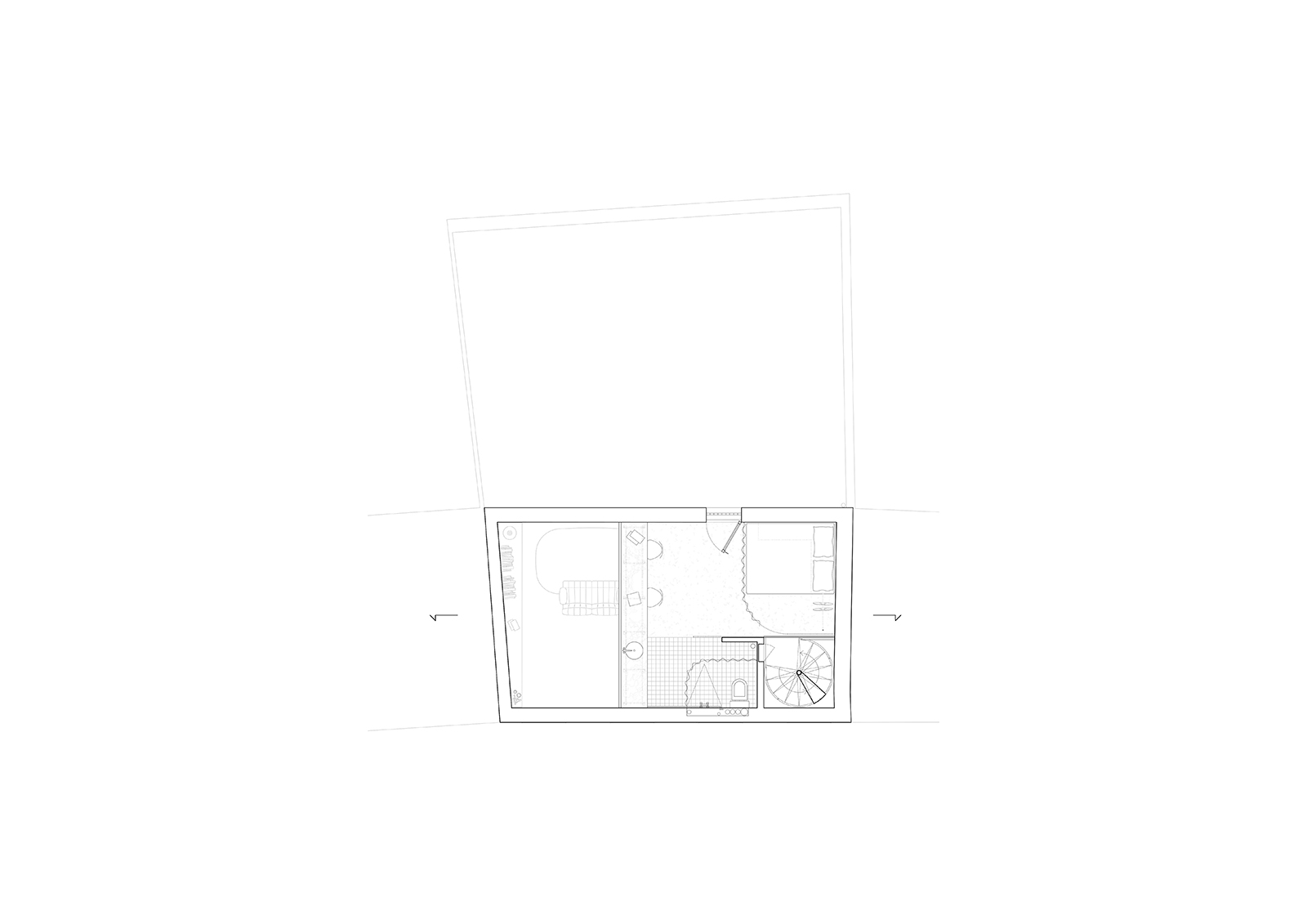 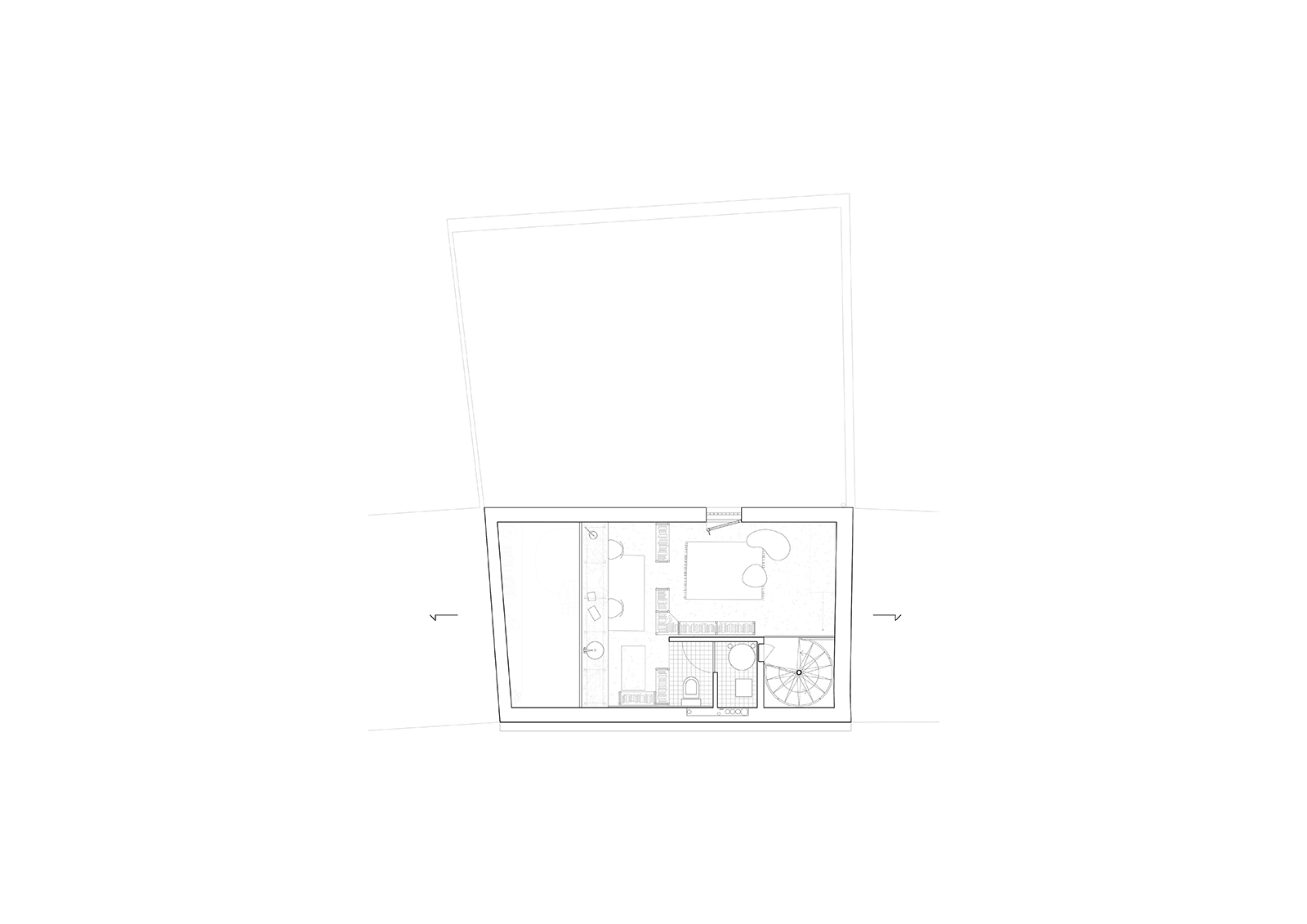 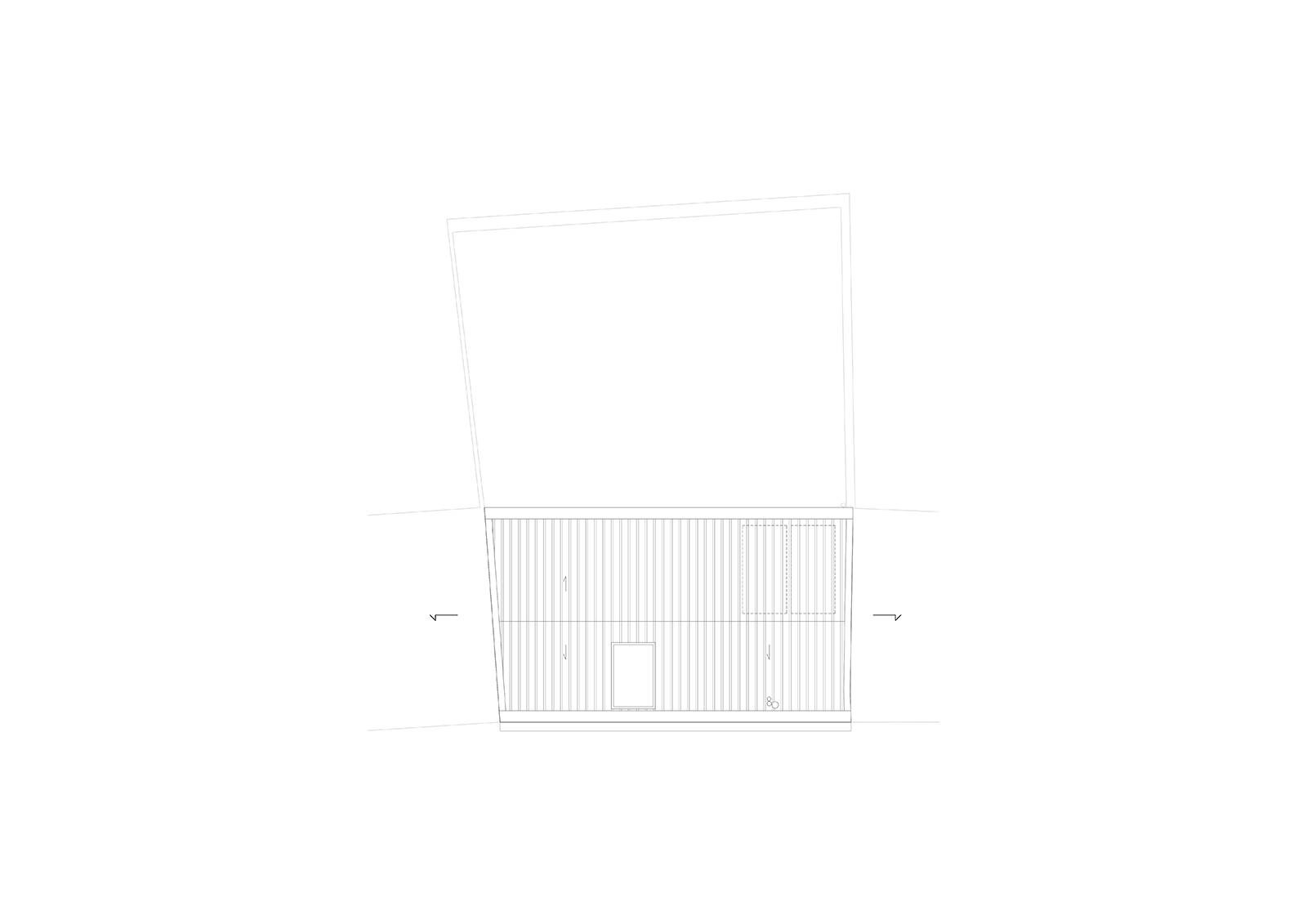 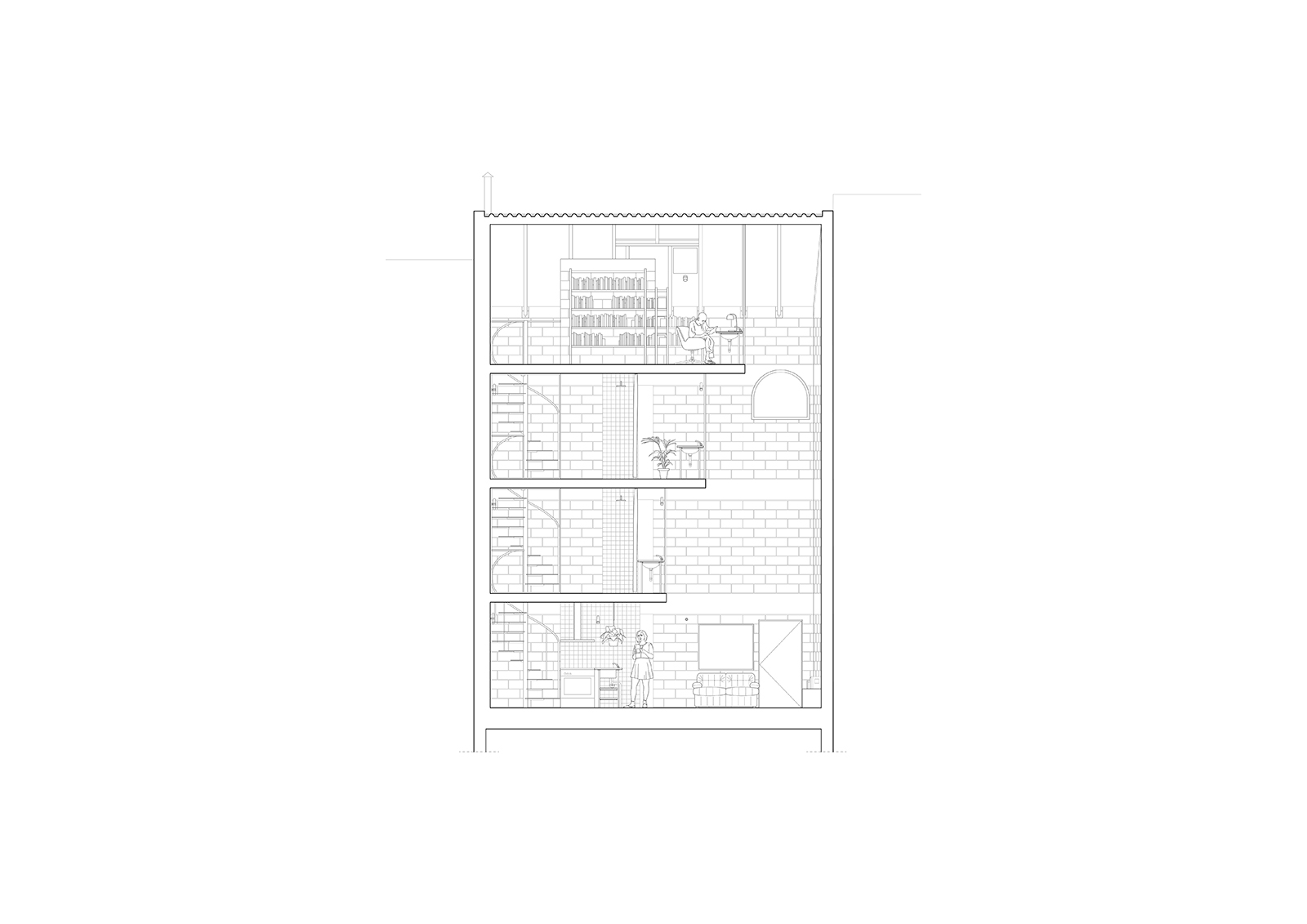 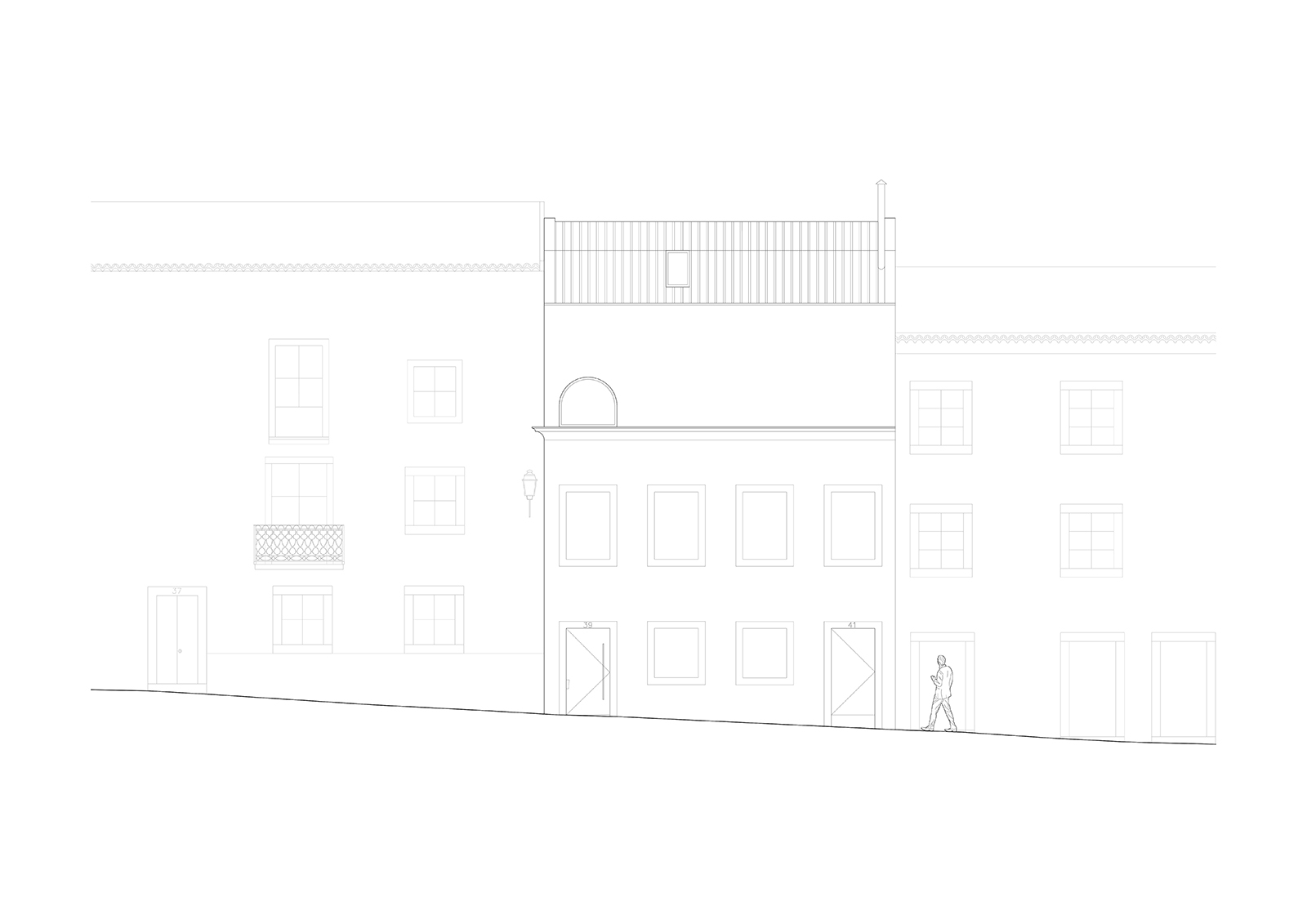 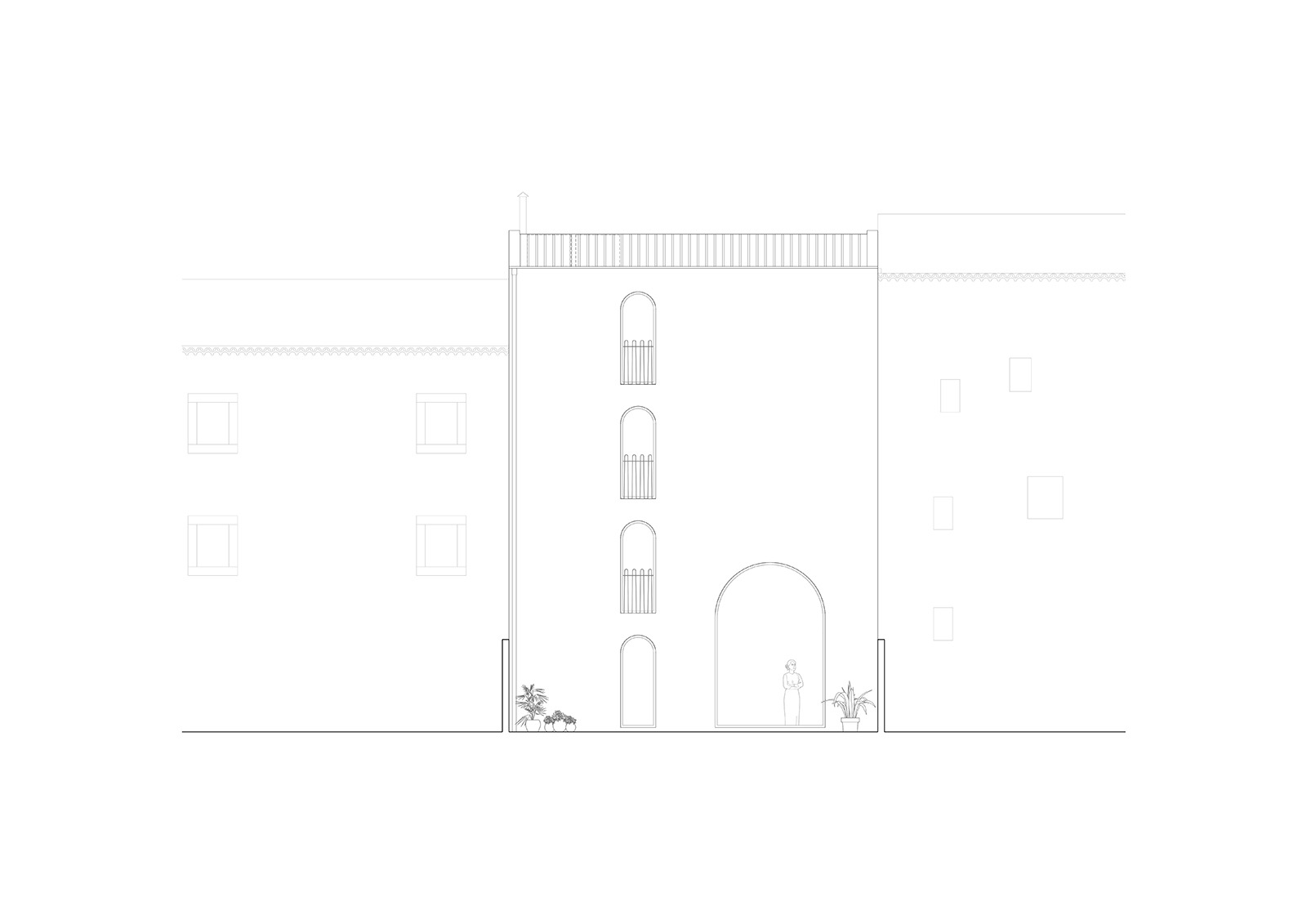 by MELINA ARVANITI-POLLATOUArchisearchhttps://www.archisearch.gr/wp-content/uploads/dIONISO-LAB-_-St-Albans-House-_-Lorenzo-Zandri-%CE%97-2021-6-370x700.jpg
SHARE THIS PAGE
WITH YOUR FRIENDS