I AGREE
Archisearch https://www.archisearch.gr/wp-content/uploads/old-site/first.jpg
The design proposal concerns the Architecture Competition for the “Casablanca Bombing Rooms” on a highly charged site due to a bombing act in 2003. The project highlights the need for alteration and public communication and uses knowledge as the key feature.
“Chrysalis” aims to make a gradual transition from unawareness to knowledge as an attempt of elimination of any act of violence. This transition is achieved through a movement that emerges from darkness, penetrates a water layer as a sign of purification and results to the light.
The visitor follows a narrated promenade on a rising helix ramp that begins from the exhibition area underground and goes on as a journey of knowledge. The ramp is wrapped by a cloth shell producing an aerial and organic form leaving a humble imprint  to the city of Casablanca. The light materiality contributes to that direction. The promenade is interrupted by several intermediate levels. A second cloth shell surrounds the levels creating semi-outdoor spaces that host the conference room, the classrooms, the administration offices. The public space, that includes the main library, is transferred to the upper levels (agora) where people gather, study, communicate and interact with each other.
The building works in an energy efficient way due to a geothermic system that uses the stable temperature and the thermal capacity of the subsoil. A water tank in a depth of 10m into the subsoil works as a cold capacitor keeping a stable 16oC temperature. A turbine is placed above the water tank and revolves in a slow rate. Due to the sub-pressure in the surface of the water that occurs from the turbine, the air frigidity is propelled through the building. Finally the warm air escapes from the top of the building resulting to an air renewal and thus a natural air circulation.
Facts and Credits
Competition: Casablanca Bombing Rooms
Location: Casablanca, Morocco
Architectural study: 314 architecture studio
Team members: Chatziangelidis Pavlos, Zaharopoulos Giannis,
Kalliora Maria, Kontinou Stefania, Monachogios Sotiris,
Bountouva Ioanna, Demiri Elvin, Polikandriotis Akis
Project Year: 2015 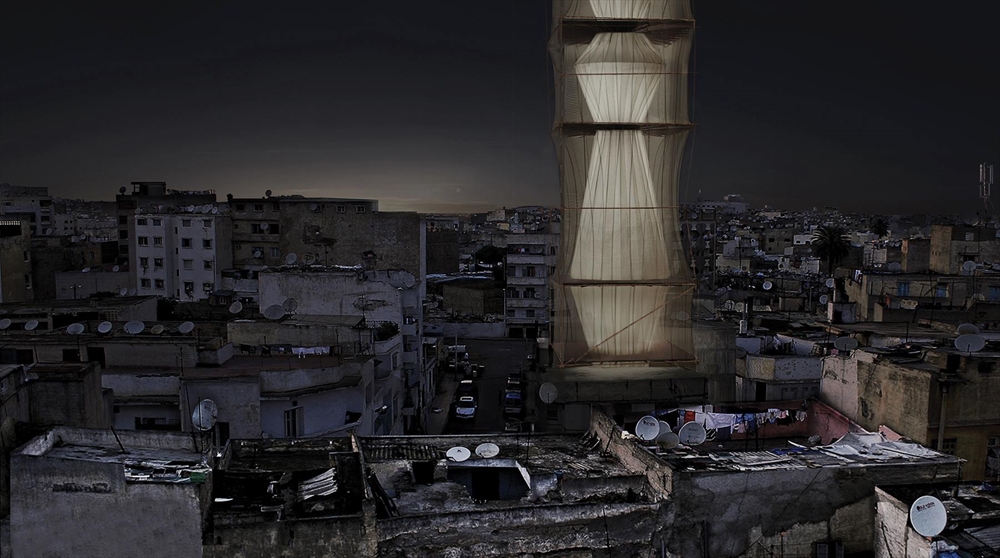 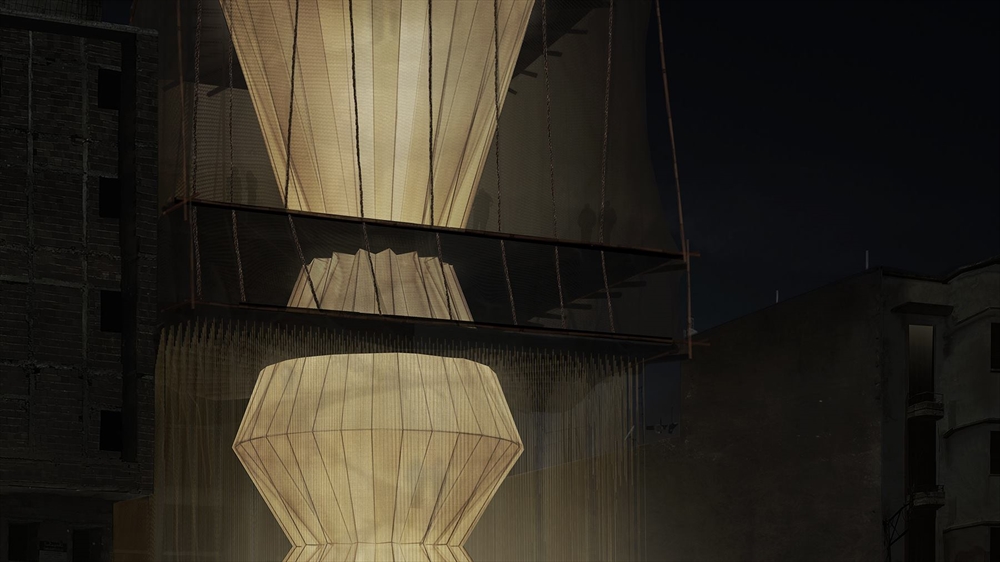 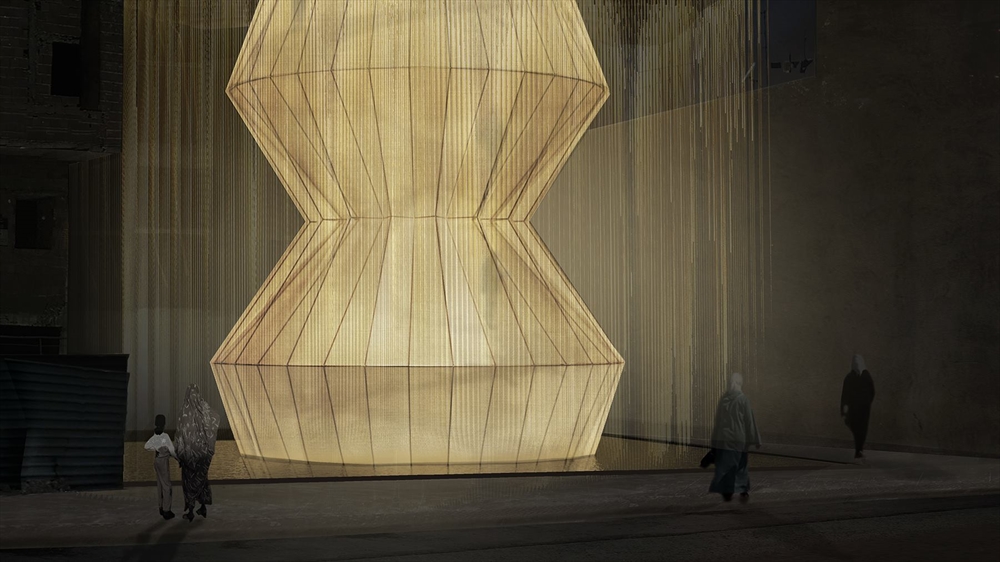 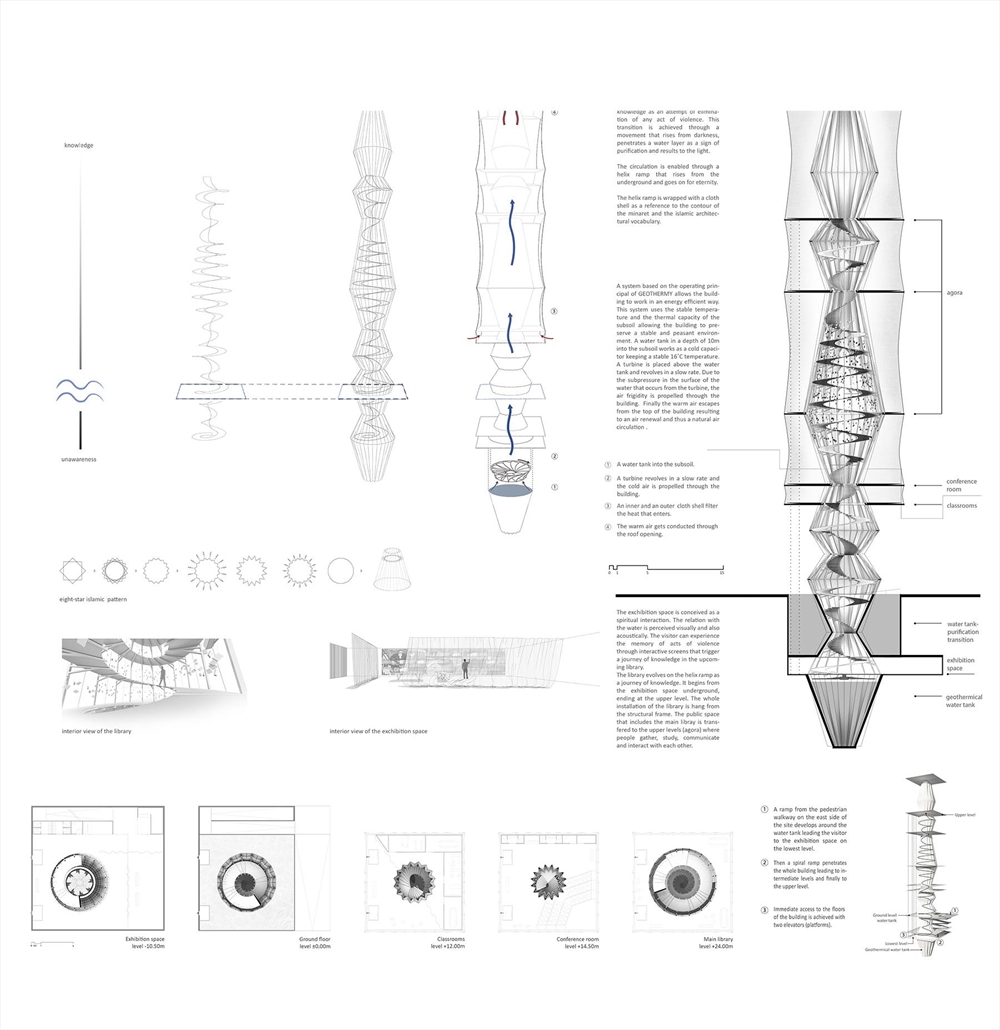