Horma – estudio de arquitectura designed Casa AVM in Rocafort, Valencia as a set of white volumes around a central patio thus blending the limits between interior and exterior living. 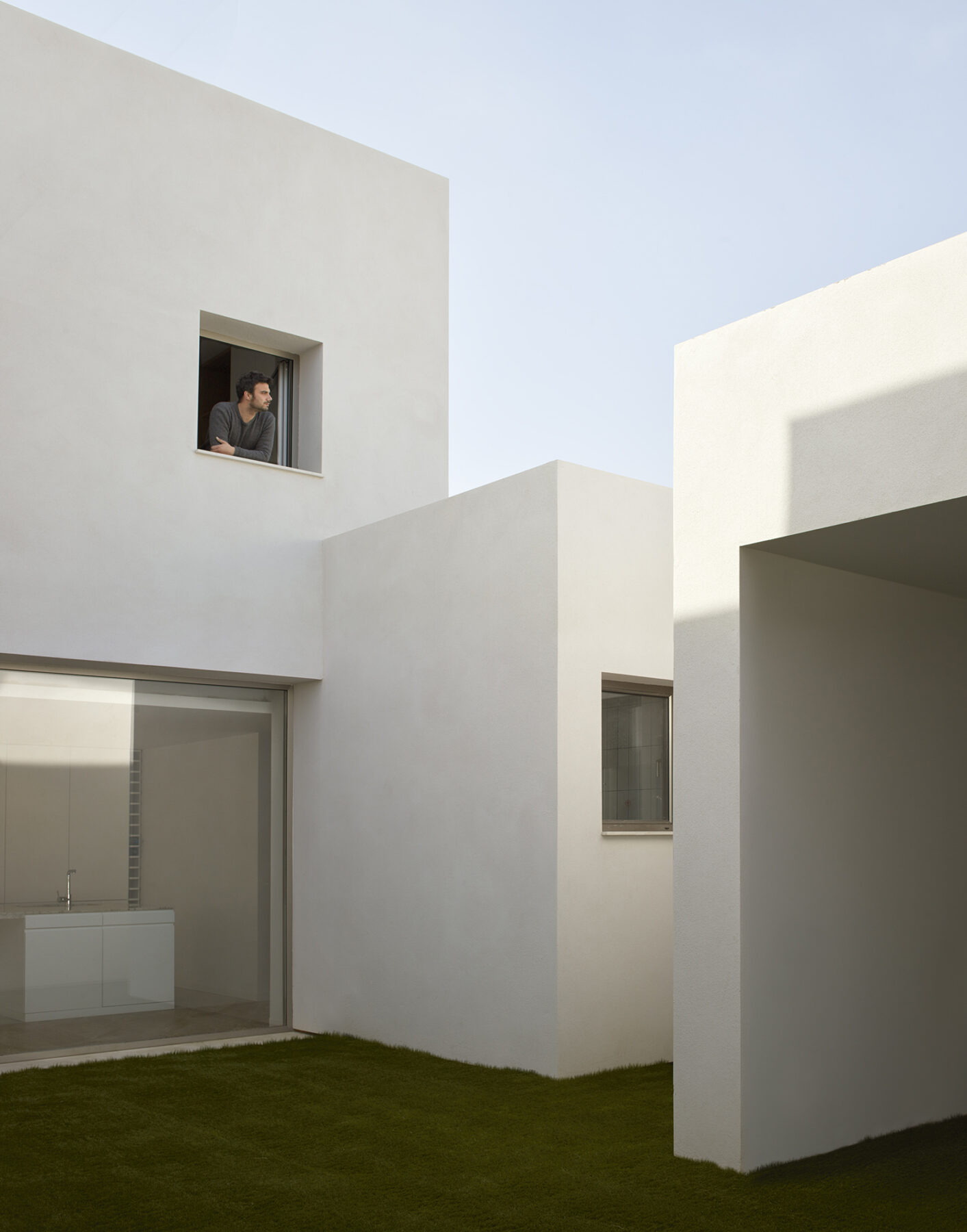 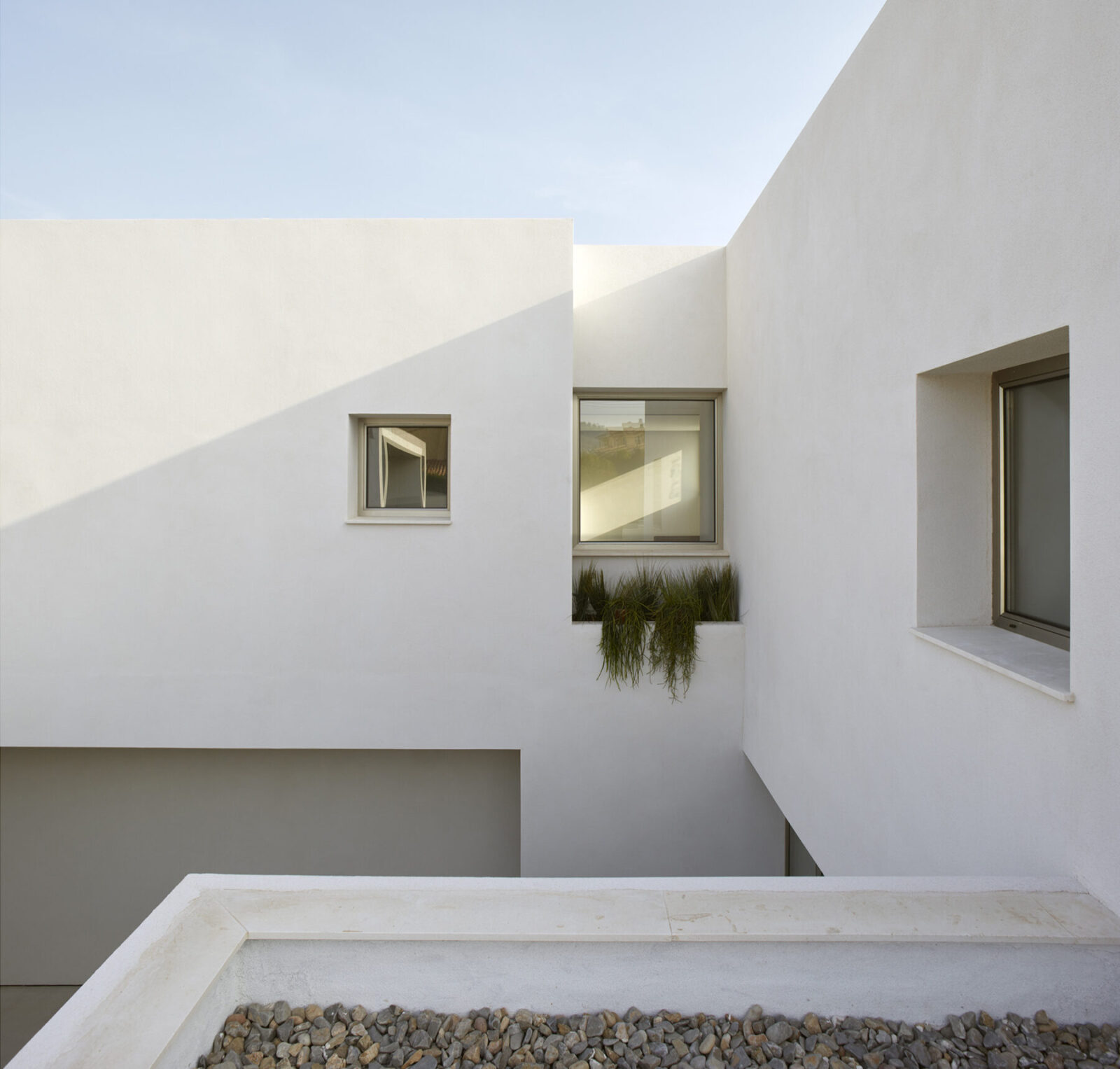 Carve a volume to define a void. The project starts with an urban singularity that allows locating the house attached to one of its boundaries. The implementation of the proposal already starts from the advantage of knowing the location of its neighbors and is positioned on its opposite side in order to achieve clearer views and more fluid ventilation. From the street, a barrier crowned with concrete blocks provides privacity to the interior and allows to visualize the traces of the white volumen which shapes the house. 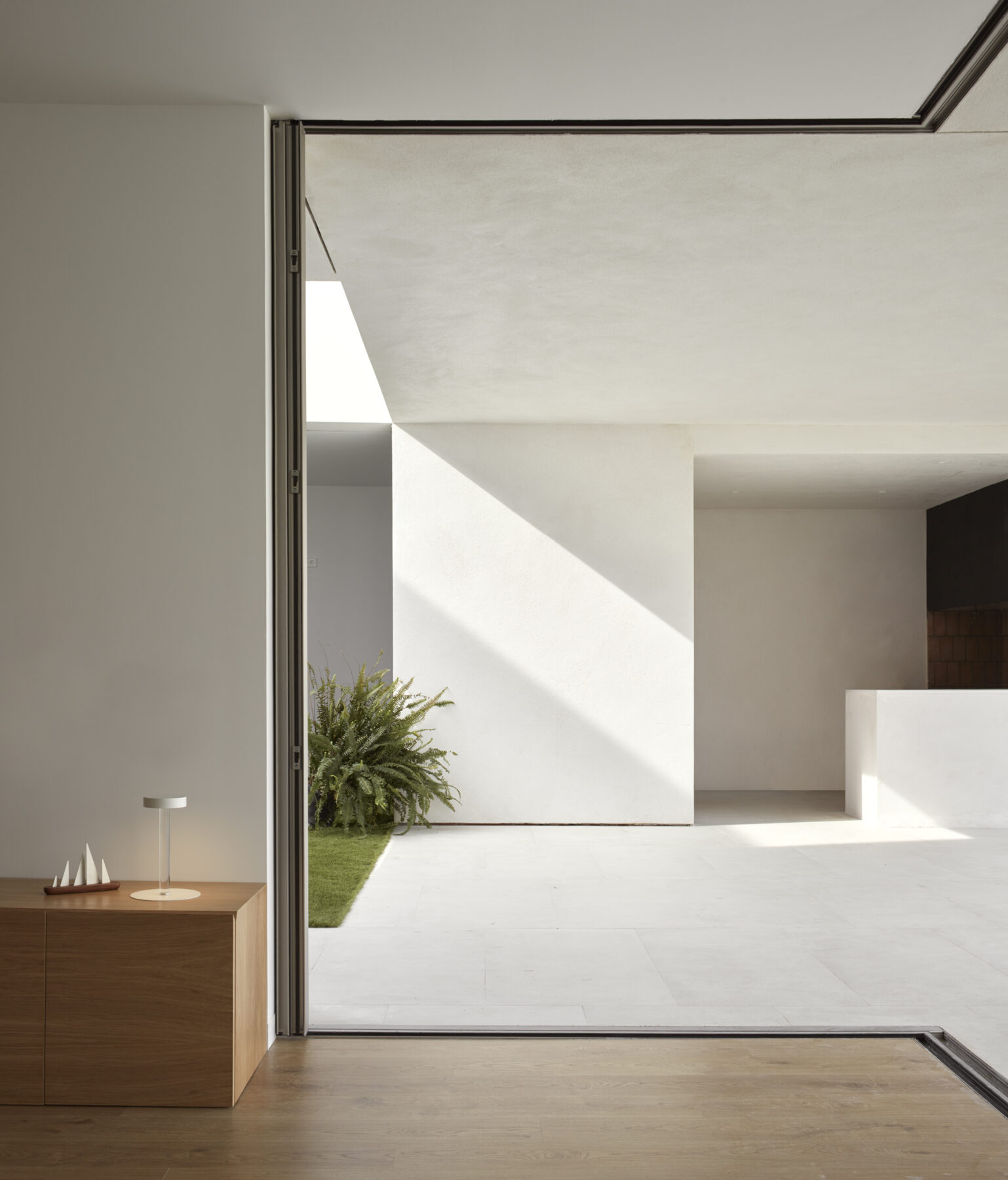 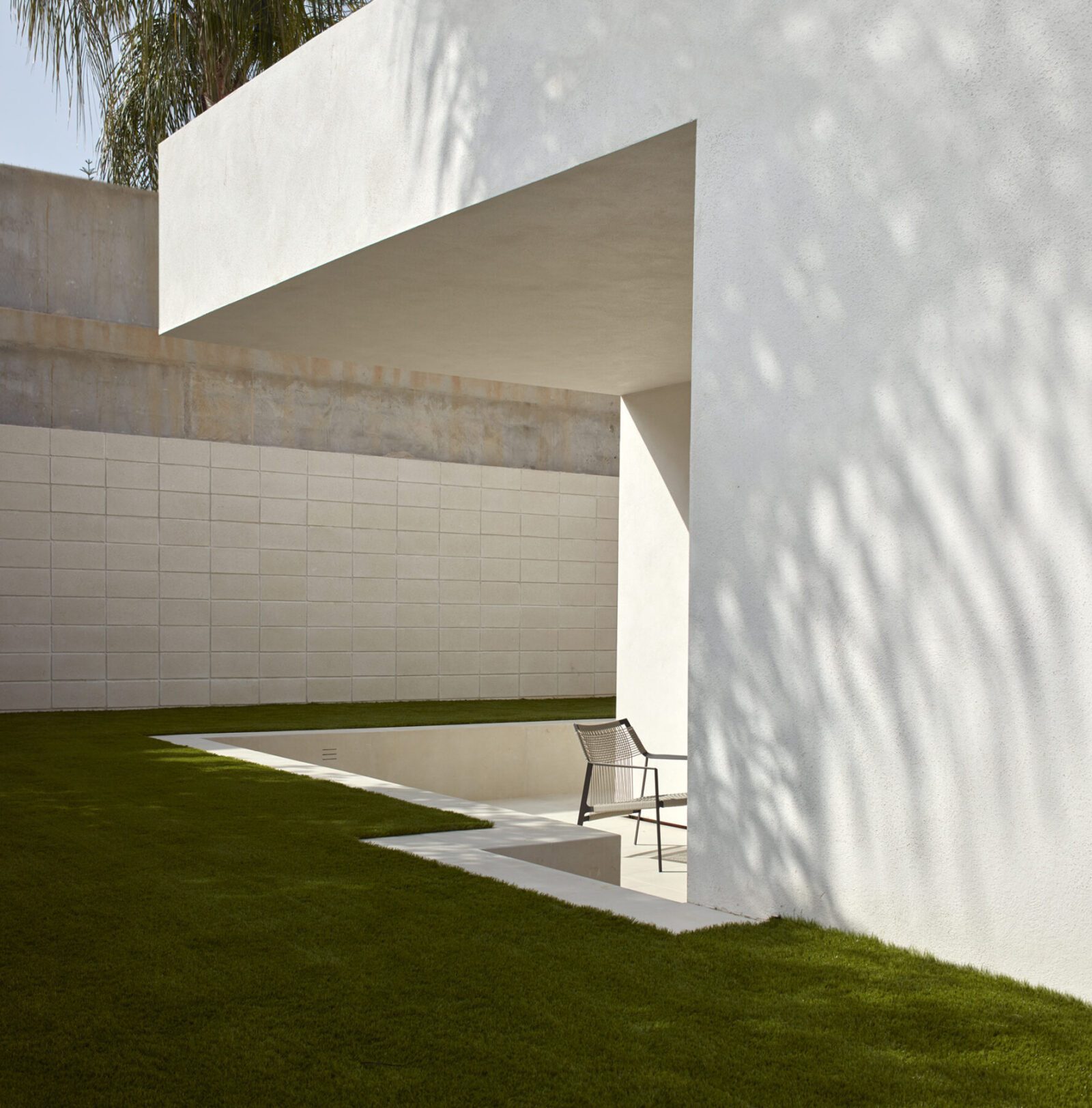 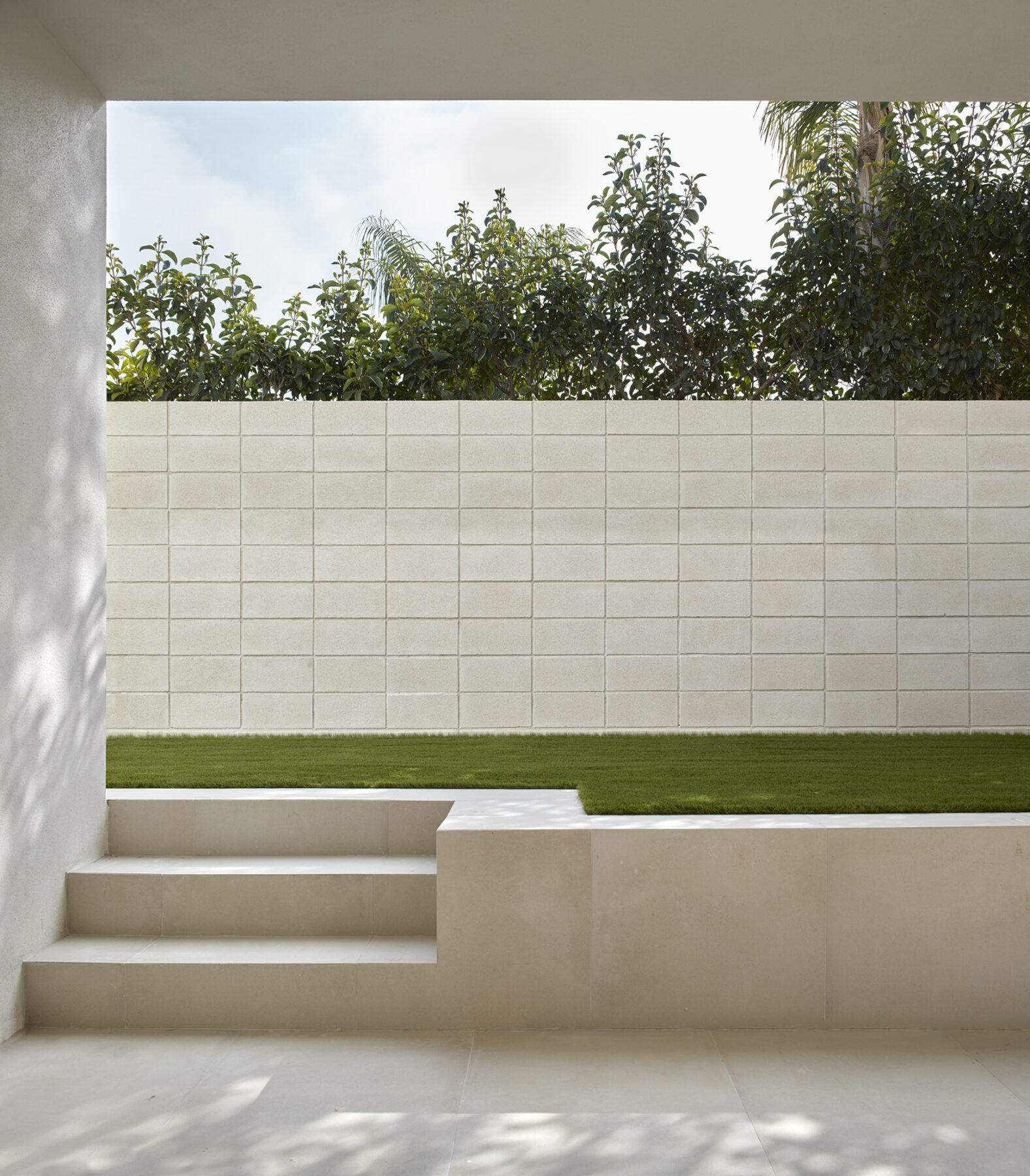 Its footprint on the ground floor is deformed to embrace a patio that gives meaning to each of its rooms. This patio serves as the center and articulator of the activity on the ground floor, in which the day area is located. Besides, it allows to maximize its facade length to extend its relationship with the outside, undoing the traditional limits and thus establishing a new link with it. 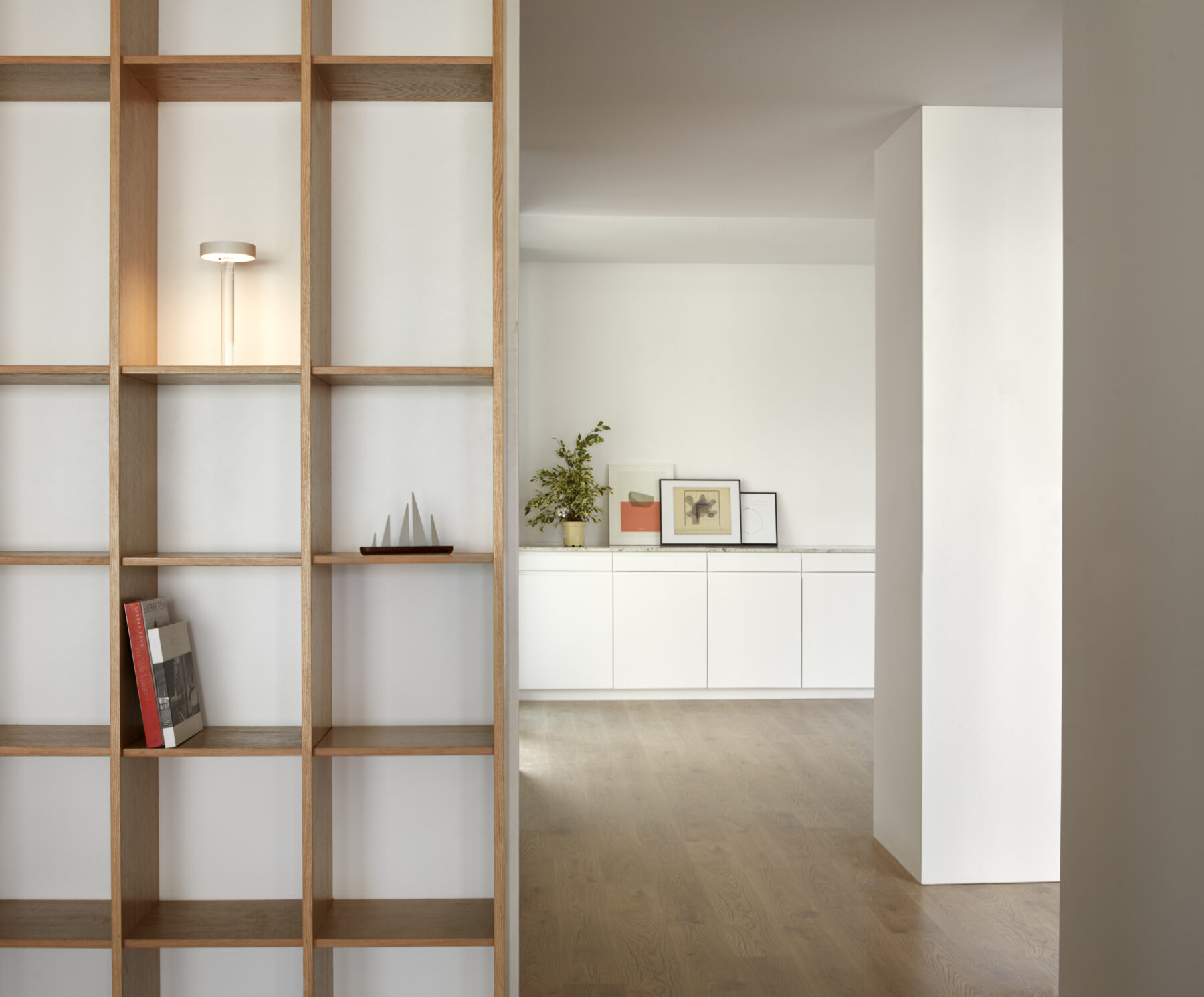 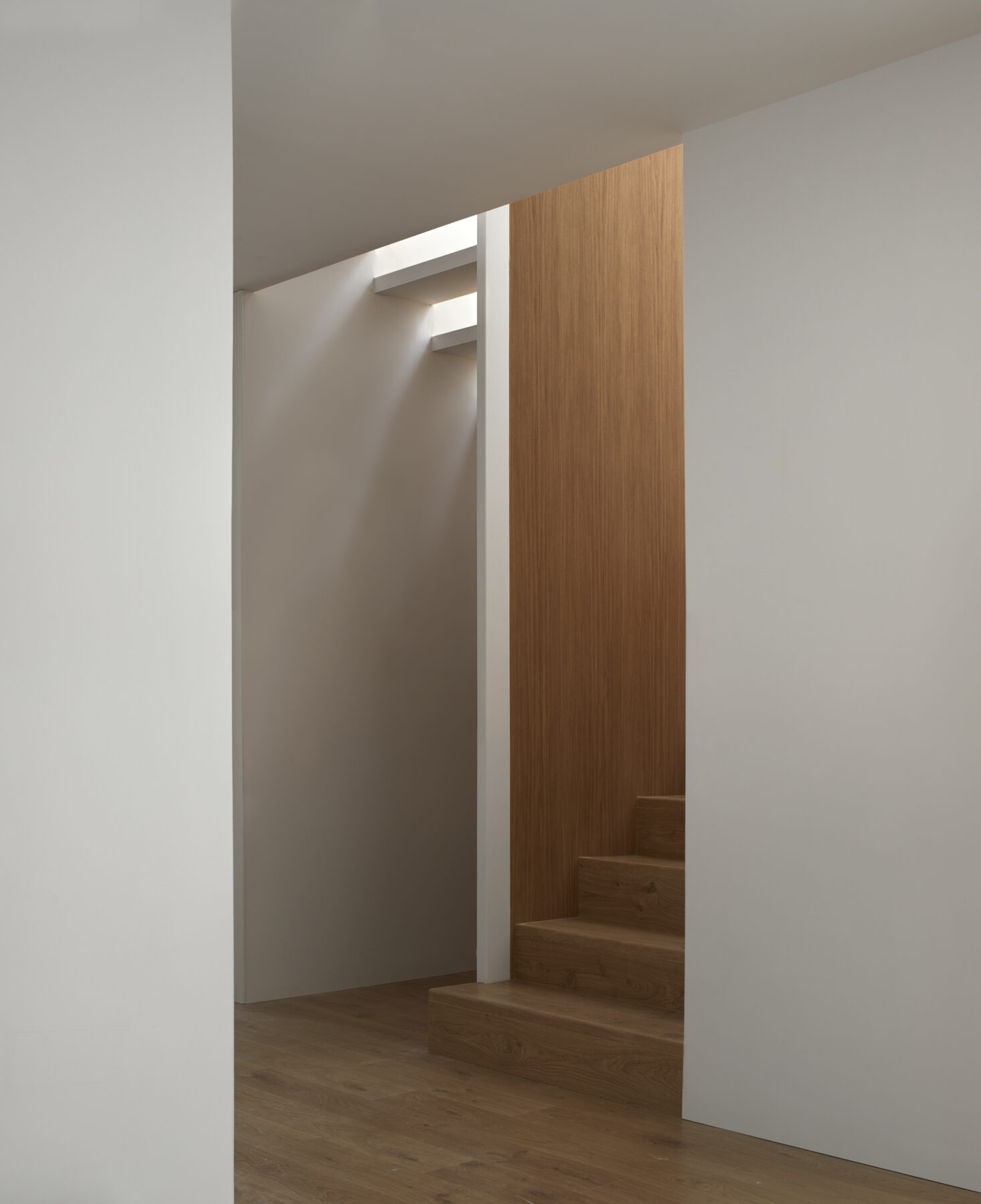 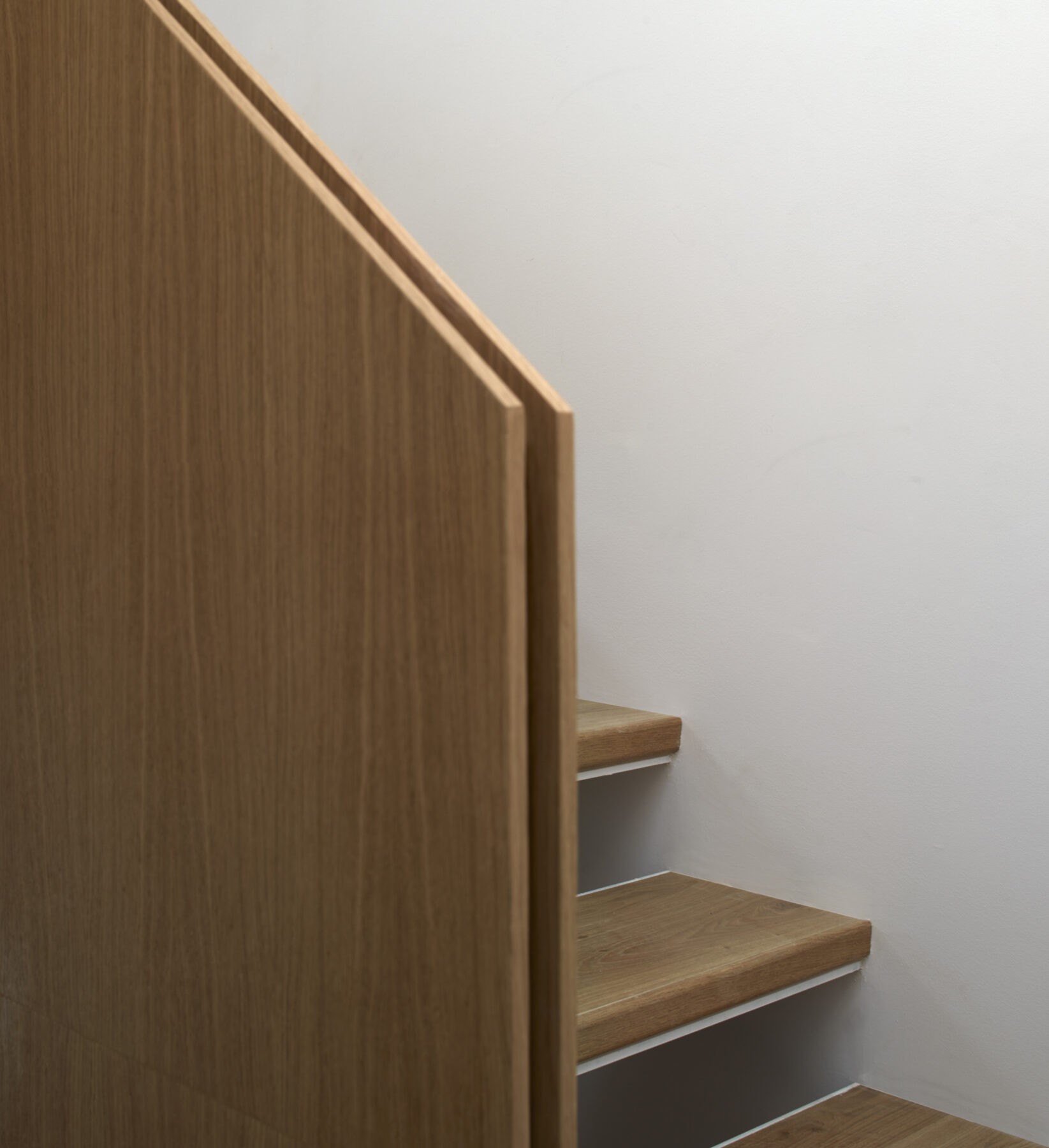 The successive transitions between interior and exterior allow a fluid movement around the plot and an attractive relationship between the void and the sculpted body, which reduces the scale of the exterior and interior spaces of the house. 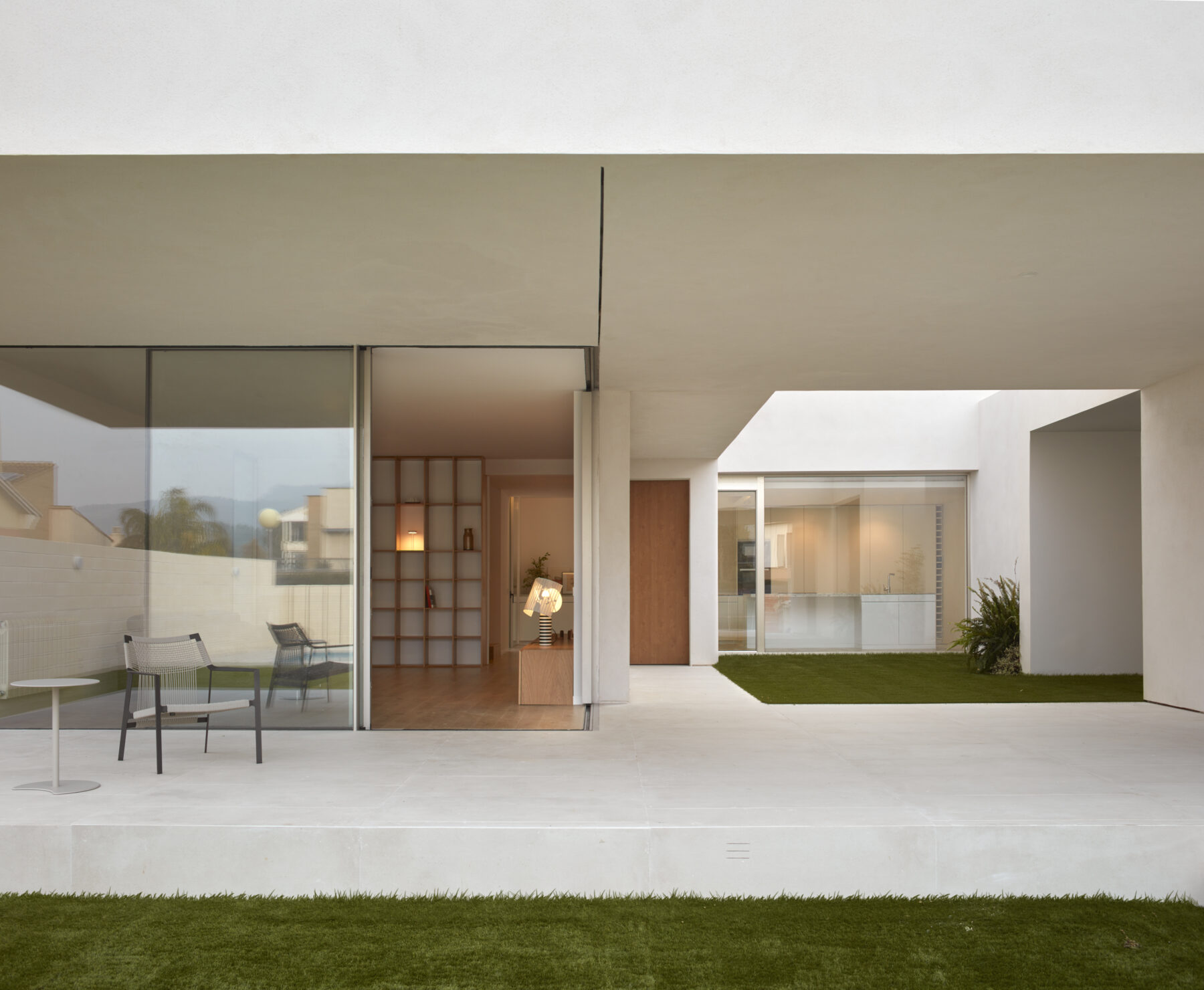 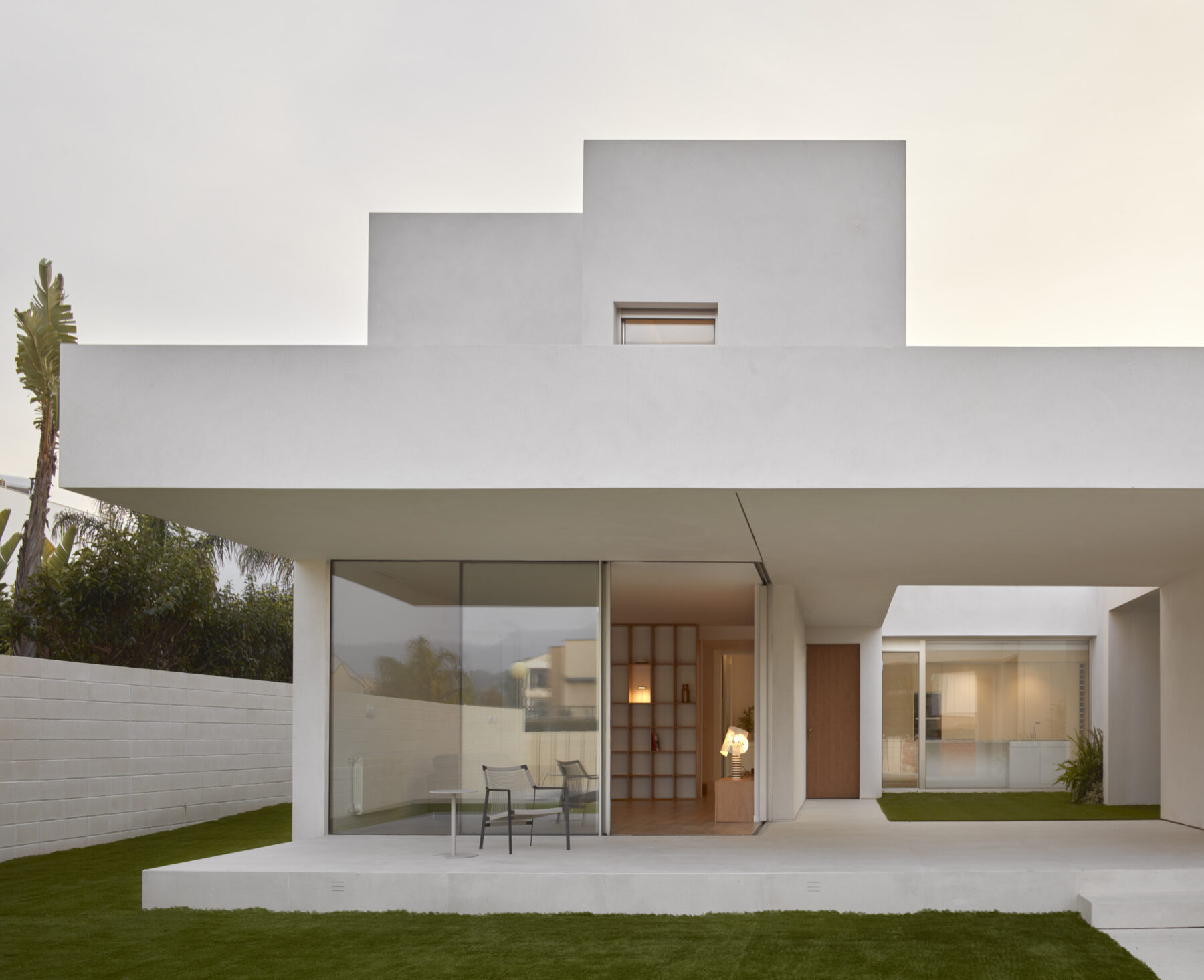 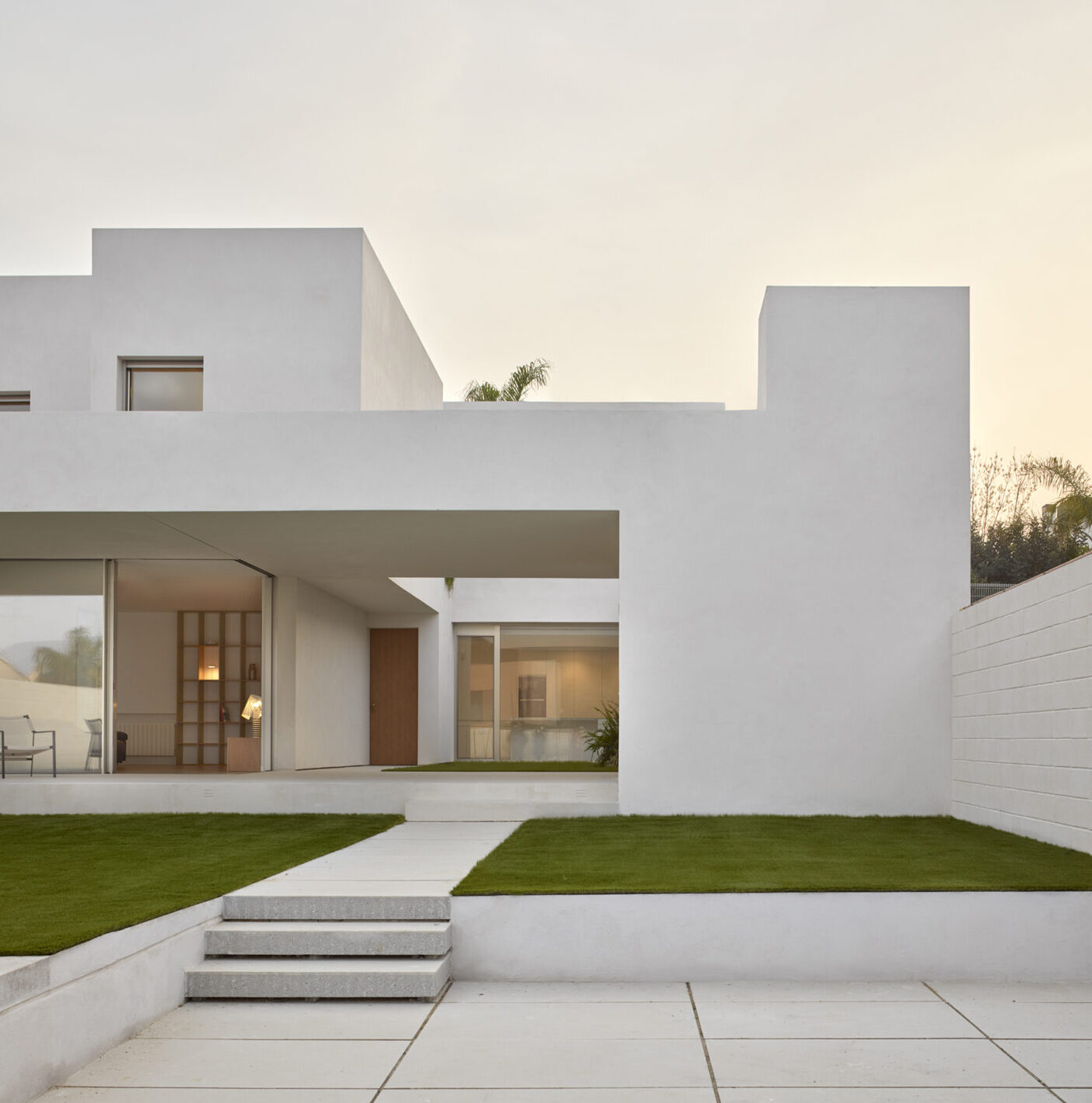 The night area is located on the second floor, it aims to create a pleasant route and to take advantage of the most favorable orientations for all the rooms. The house is perceived as a set of volumes where the white of the facade is mixed with the interior oak wood details, and with de Green of the vegetation. An apparently irregular approach but balanced in its decisions. 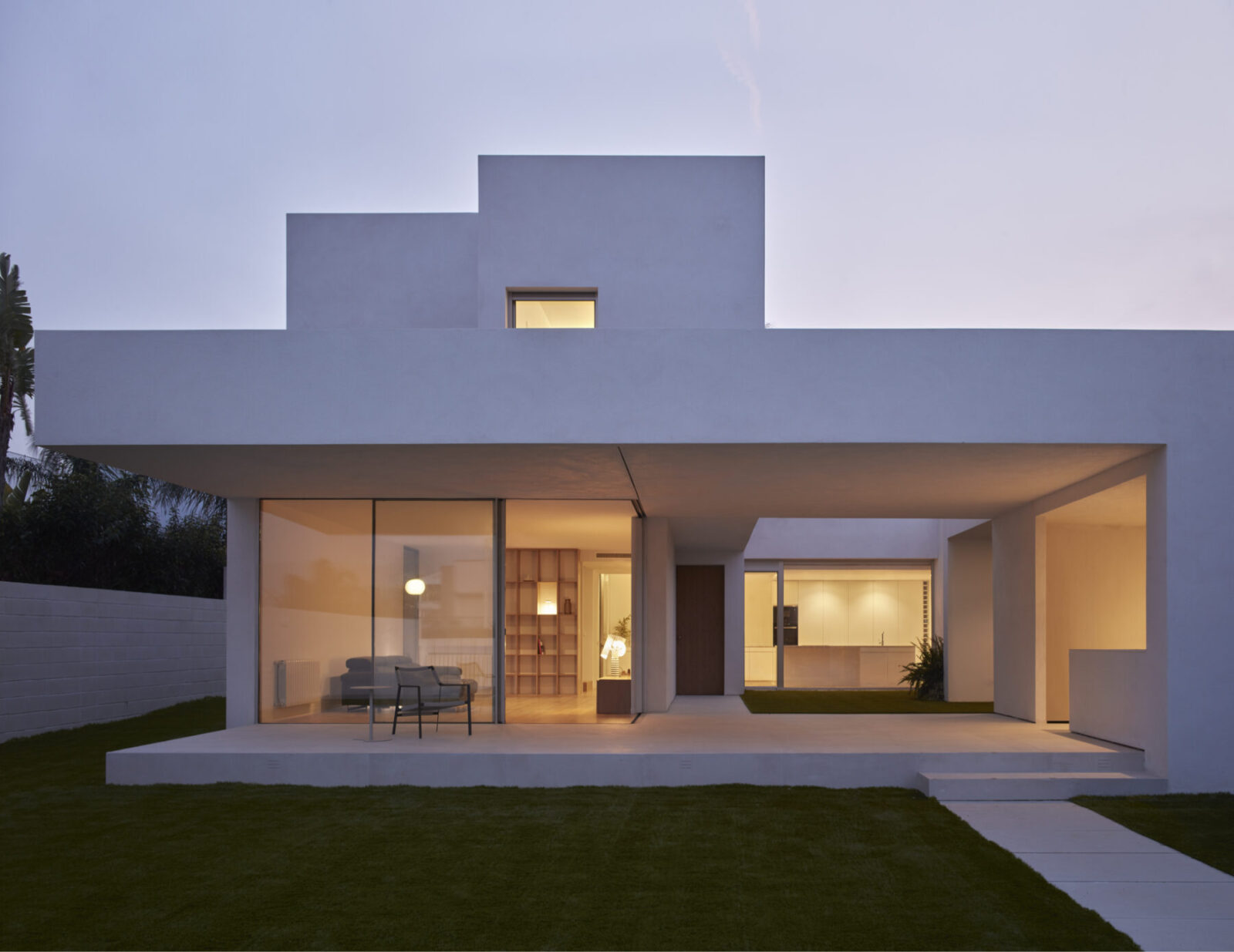 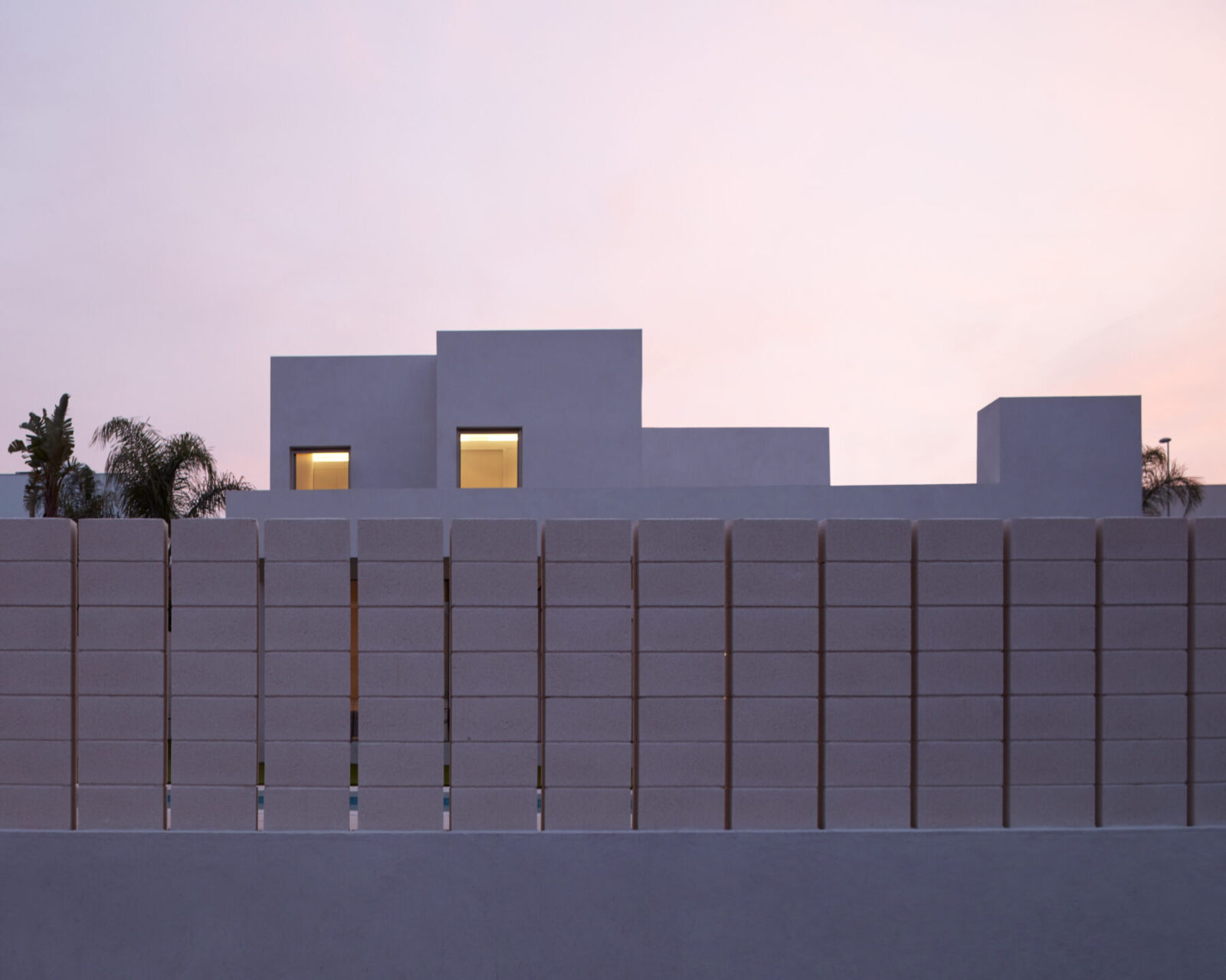 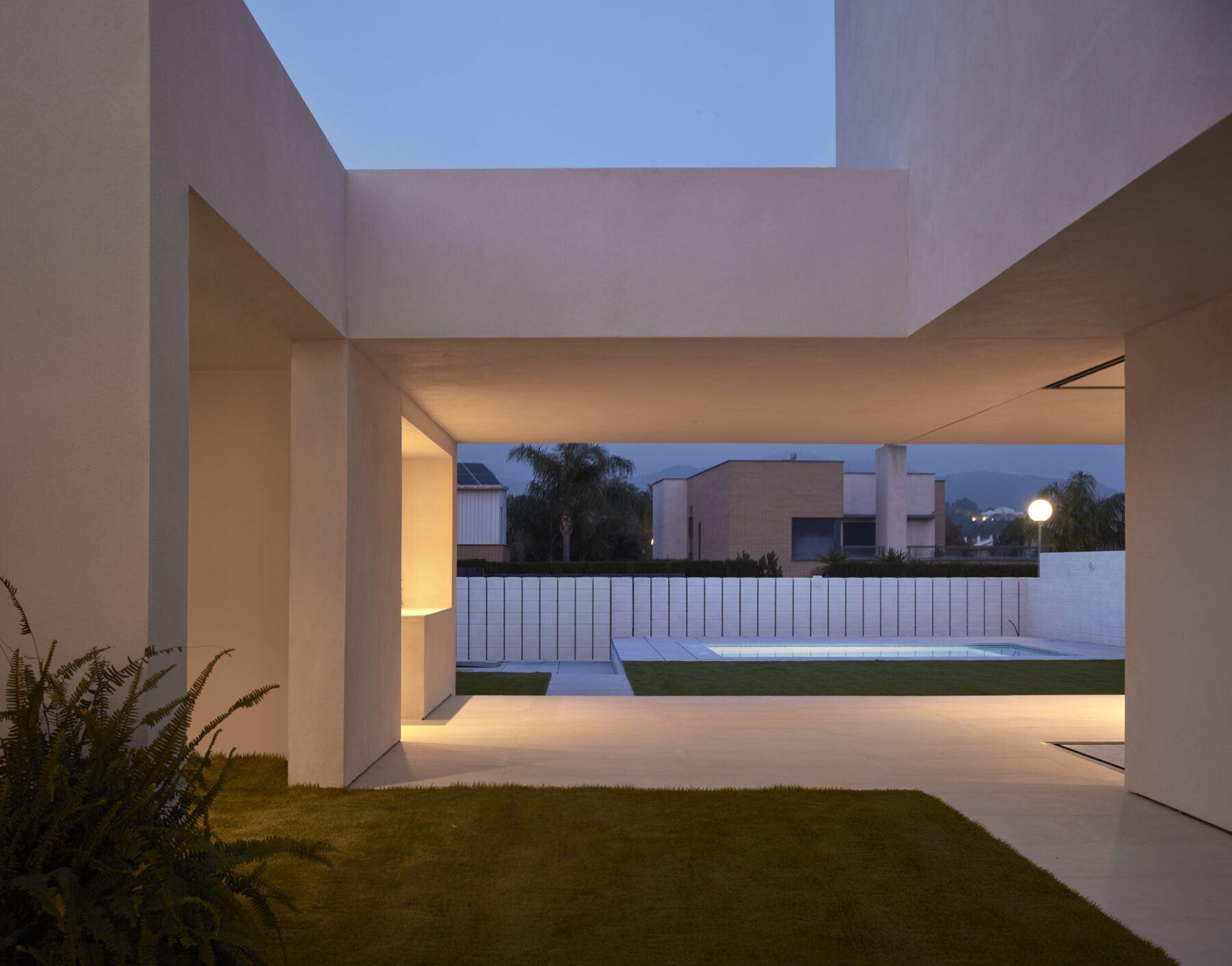 READ ALSO: Casa Verde: preserving the memory and the identity of a residence in Santo Tirso | Liliana Maciel Arquitetura
0 COMMENTS