I AGREE
Archisearch https://www.archisearch.gr/wp-content/uploads/old-site/alejandro-aravena-5-videos-cover.jpg
Alejandro Aravena was born on June 22, 1967, in Santiago, Chile. He graduated as an architect from the Universidad Católica de Chile in 1992. In 1994, he established his own practice, Alejandro Aravena Architects. Since 2001 he has been leading ELEMENTAL, a “Do Tank” focusing on projects of public interest and social impact, including housing, public space, infrastructure, and transportation.
ELEMENTAL has built work in Chile, The United States, Mexico, China and Switzerland. After the 2010 earthquake and tsunami that hit Chile, ELEMENTAL was called to work on the reconstruction of the city of Constitucion, Chile. Aravena`s partners in ELEMENTAL are Gonzalo Arteaga, Juan Cerda, Victor Oddó and Diego Torres. Alejandro Aravena is the Director of the Venice Architecture Biennale 2016. He was a speaker at TEDGlobal in Rio de Janeiro, Brazil, in 2014. He was a member of the Pritzker Architecture Prize Jury from 2009 to 2015.
The 48-year-old Aravena is an architect based in Santiago, Chile. He becomes the 41st laureate of the Pritzker Prize, the first Pritzker Laureate from Chile, and the fourth from Latin America, after Luis Barragán (1980), Oscar Niemeyer (1988), and Paulo Mendes da Rocha (2006).
You can learn more about Alejandro Aravena and his work here. 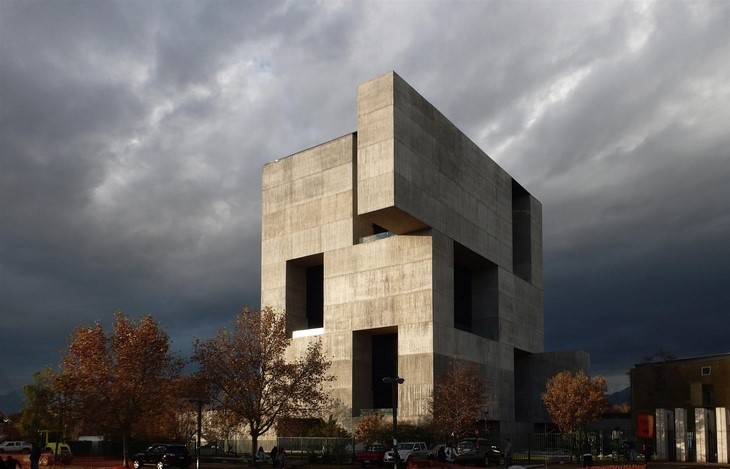 Alejandro Aravena TED Talk: My architectural philosophy? Bring the community into the process