I AGREE
Archisearch https://www.archisearch.gr/wp-content/uploads/old-site/steven-holl-spaces-like-music-2.jpg
“The soul has more need for the ideal than the real,” says American architect Steven Holl, who here shares his organic approach to creating architecture that can potentially change people’s lives.
Architecture ”begins with a site and a circumstance, a situation and a programme” according to Holl. Therefore it should be reinvented for every situation instead of simply aiming for a signature style. Holl’s focus is thus on the place rather than on the need to strengthen a given brand, which seems prevalent in modern society.
The organic relation between everything, the intertwining of every element and material, including the light, is an important part of how Holl creates his architectural designs. “Architecture is about shaping space”, states Holl, and the experience of the architectural space should be pure and free of the conceptual strategies behind it – just as when you experience and appreciate music.
“The soul has more need for the ideal than the real,” he continues, explaining how it can be of utmost importance to break the rules and mentioning Louisiana Museum of Modern Art in Denmark as an example of how this can be done successfully and exceptionally.
Steven Holl (born 1947) is an American architect and watercolourist, who is world-renowned for his designs for e.g. the 2003 Simmons Hall at MIT in Cambridge, Massachusetts; the 2007 Bloch Building addition to the Nelson-Atkins Museum of Art in Kansas City, Missouri and the 2009 Linked Hybrid Complex in Beijing, China. Holl is the founder of Steven Holl Architects and also a tenured faculty member at Columbia University where he has taught since 1981. In 2001 Time Magazine named him America’s Best Architect, for ’buildings that satisfy the spirit as well as the eye’. He has been awarded the Praemium Imperiale Award (2014), the 2012 AIA Gold Medal, the 2010 Jencks Awards of the RIBA and the Alvar Aalto Medal (1998) among many others.
Steven Holl was interviewed by Jesper Bundgaard/Out of Sync in New York in 2014.
Facts & Credits:
Camera and edit: Per Henriksen
Produced by: Out of Sync and Christian Lund
Copyright: Louisiana Channel, Louisiana Museum of Modern Art, 2014
Supported by Nordea-fonden 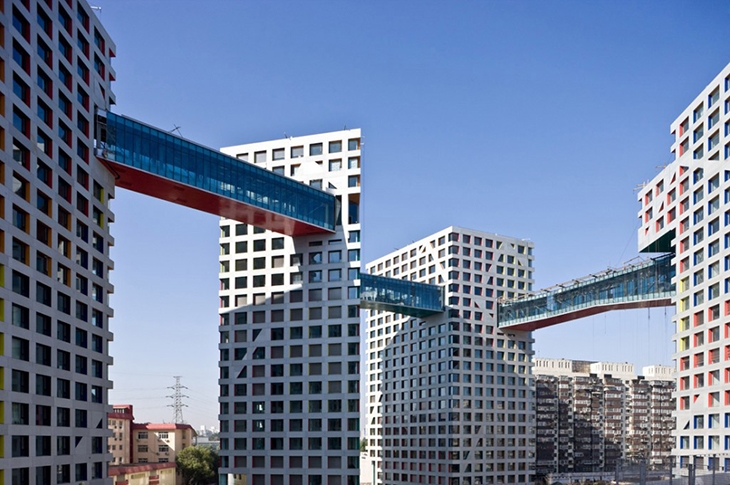 Steven Holl: Spaces Like Music from Louisiana Channel on Vimeo.