The whole story began in Paris. A city full of stimuli; art, architecture, workshops, galleries, handicrafts, textures, fashion, textiles. A living library, a world to explore. The classic culture coexists with the modern one and vice-versa in a continuous conversation between them. The path continued in the city of Florence. Firstly, as an Erasmus student and then as a Master’s one. A completely different environment, a city as a living history museum that becomes part of your daily routine. 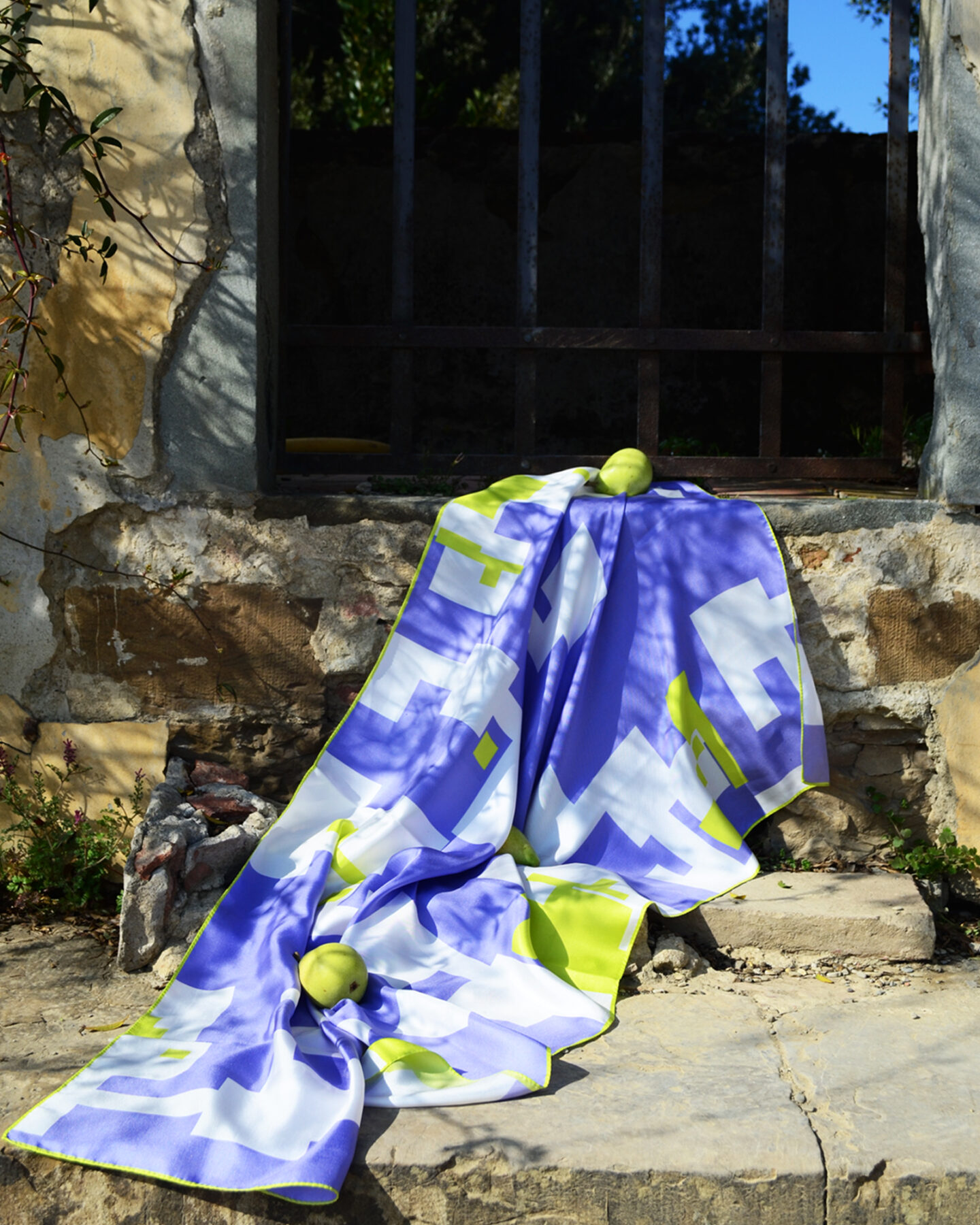 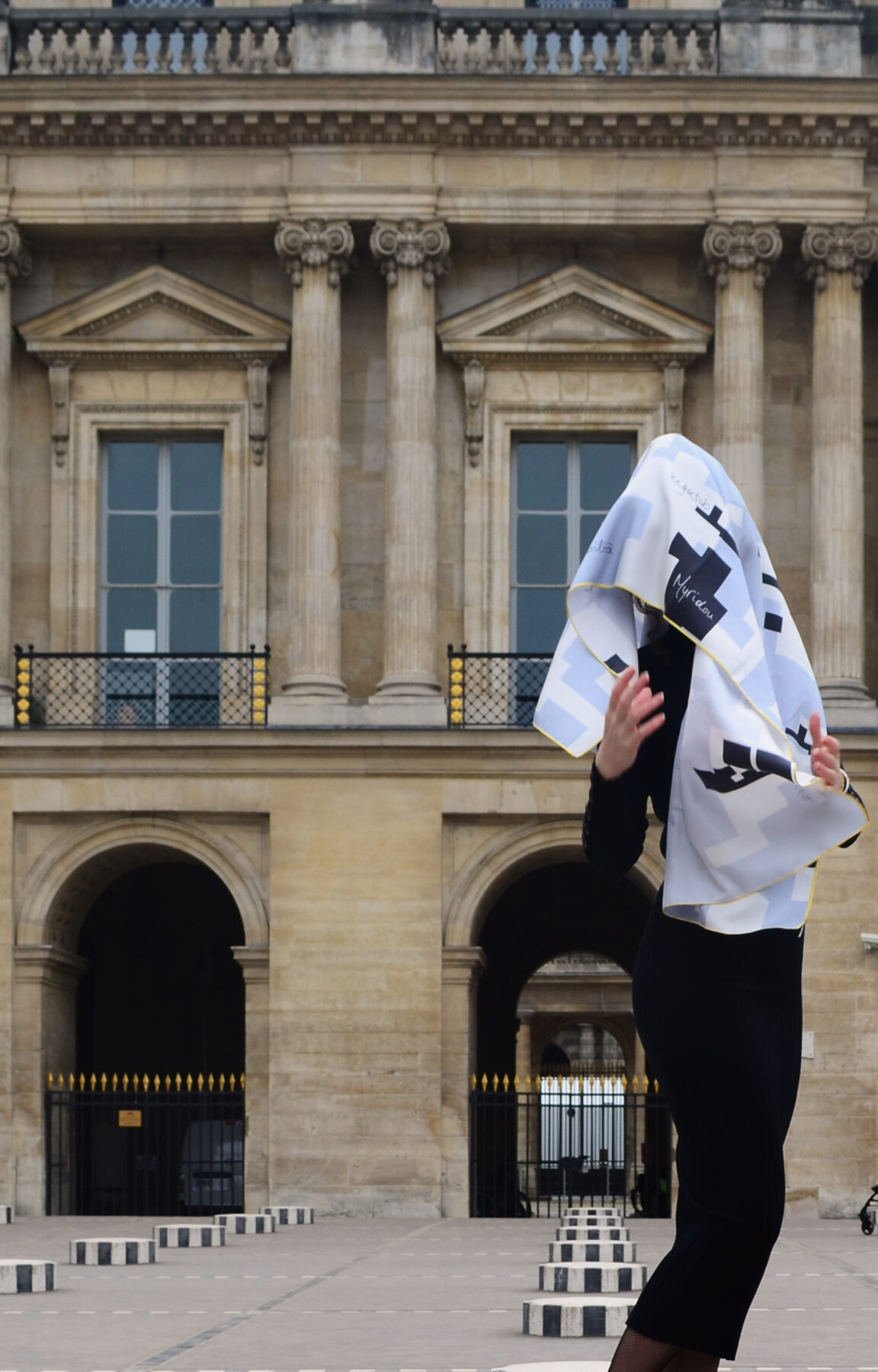 This assemblage of cities and cultures guided Despoina Myridou to compose her personal design vocabulary. 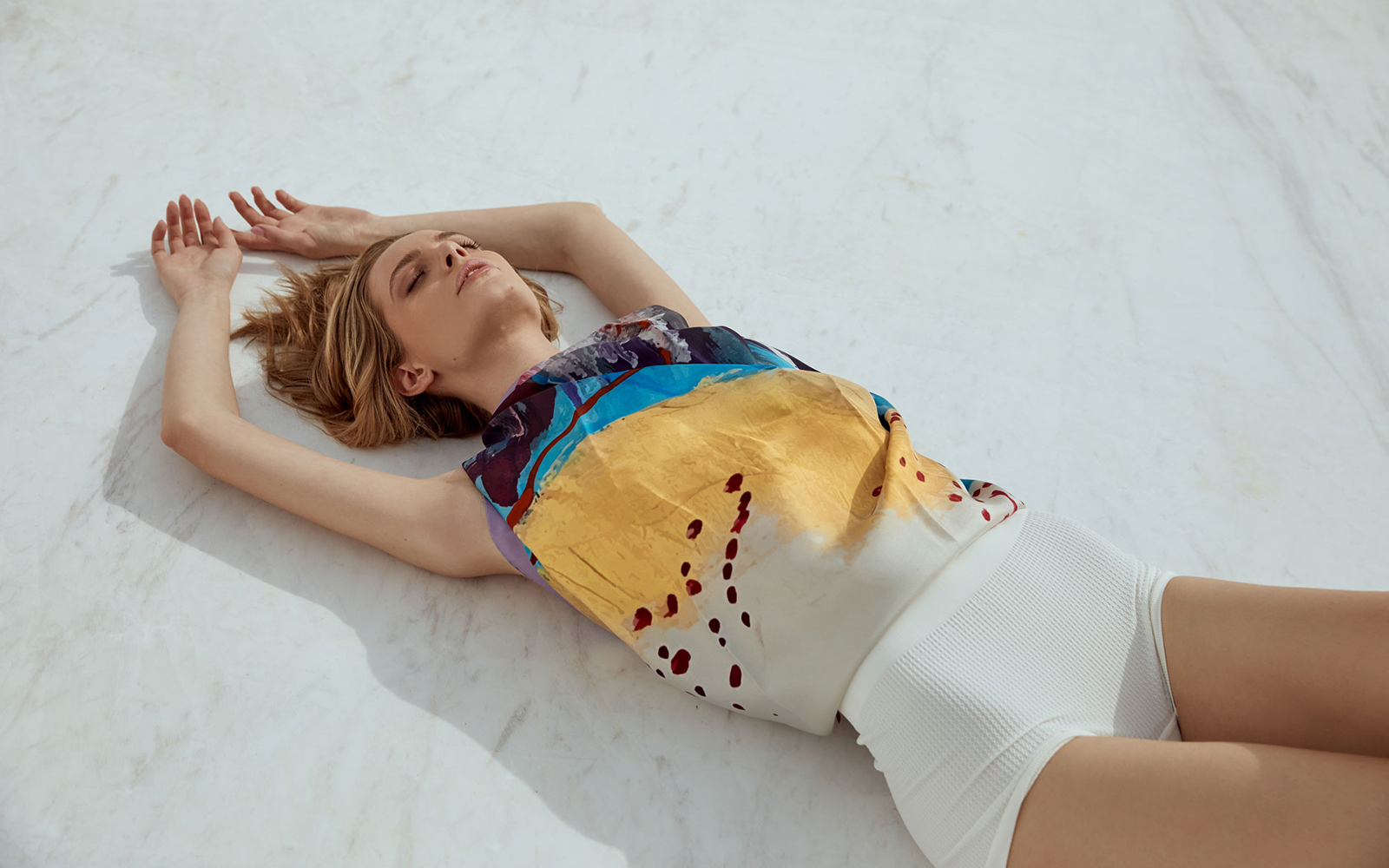 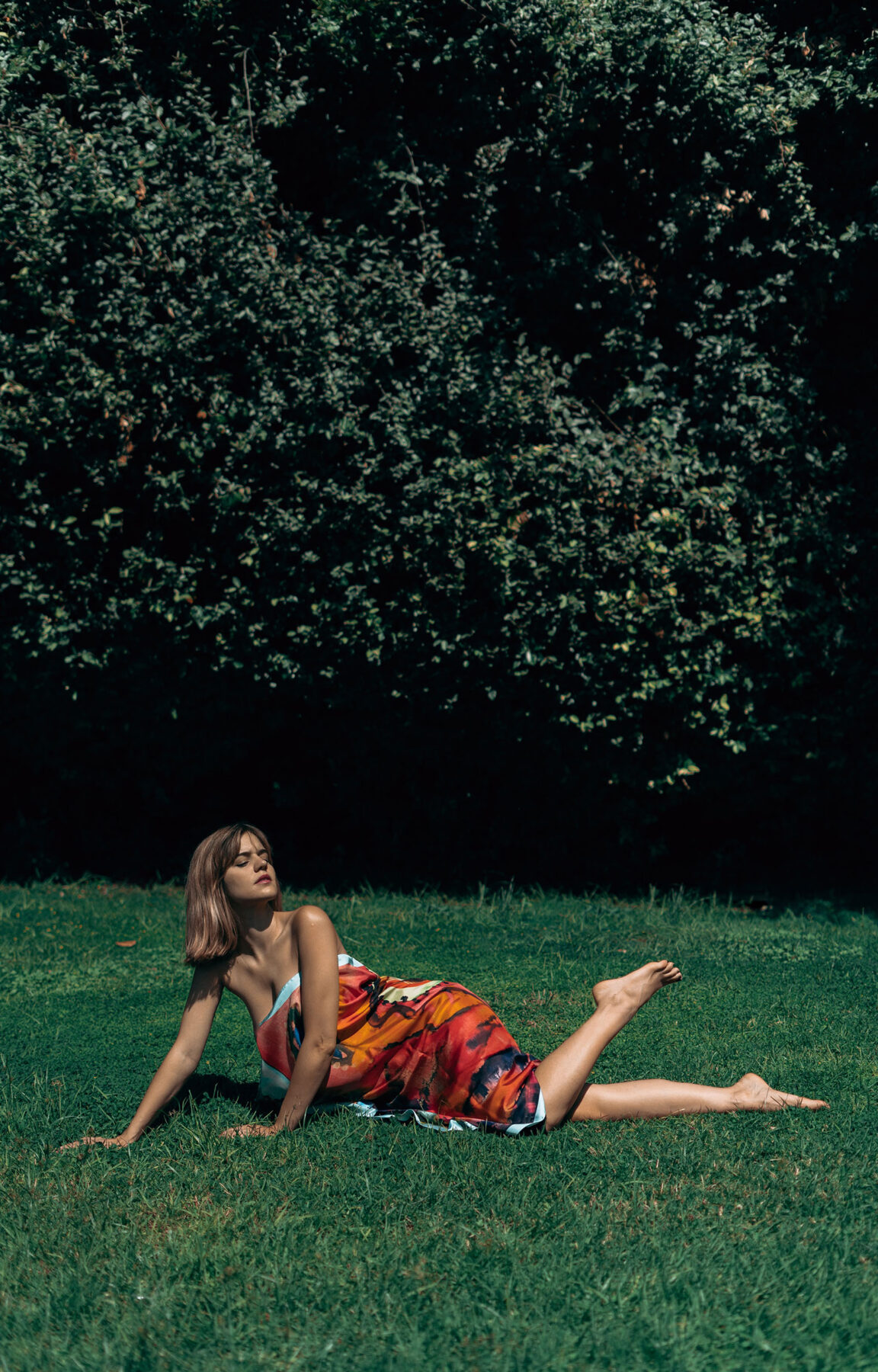 Based on her love for the arts, she created a series of paintings, at first, mostly portraits, inspired from expressionist painters, such as E.Schiele, W. Kandinsky, P.Mondrian, J.M.Basquiat and others. Gender fluid faces, wandering eyes, textures, vivid colour combinations create a surrealistic relationship between light and shadow. A series of abstract landscape paintings followed as a game between colours, voids and solids. And then the interest for the textile design was born. 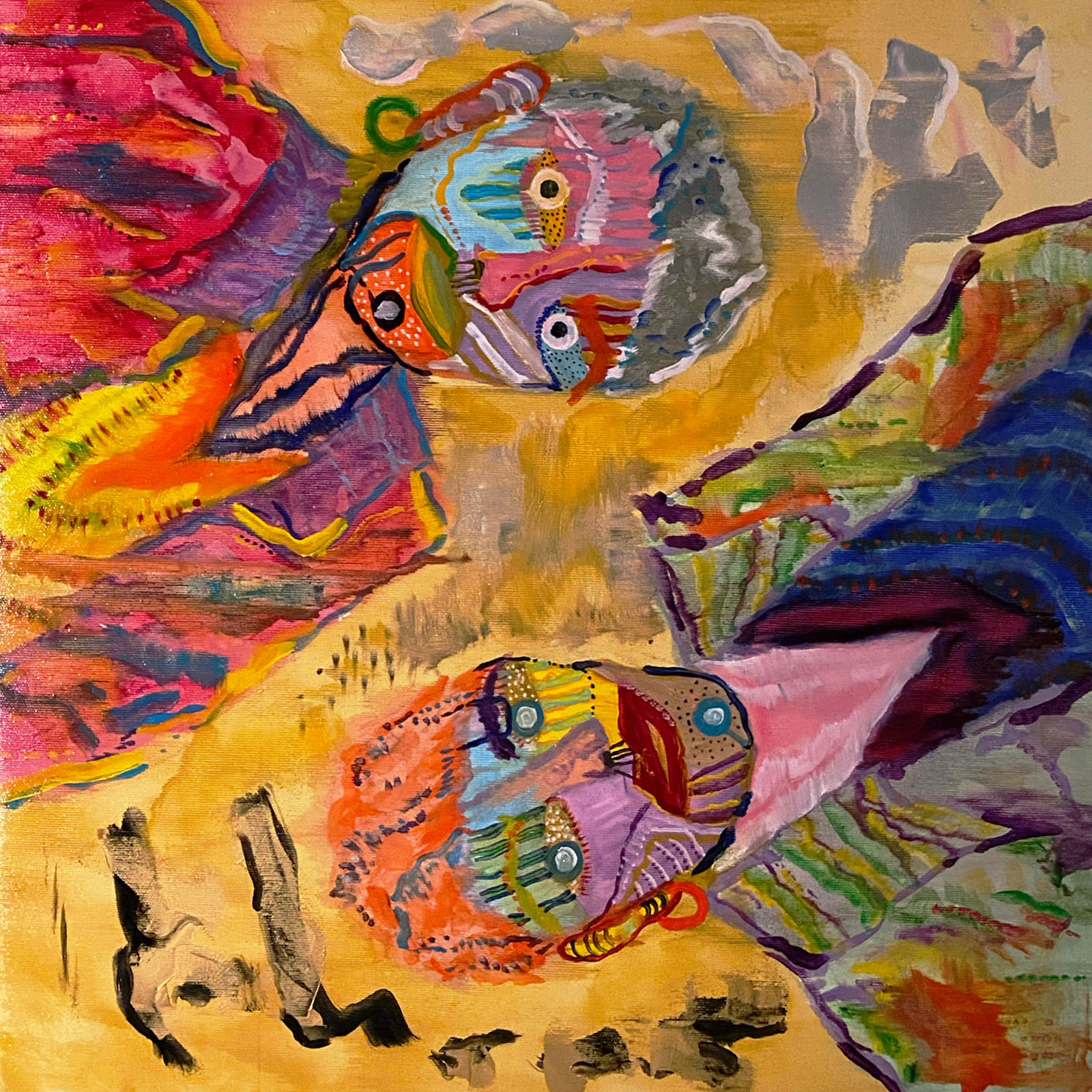 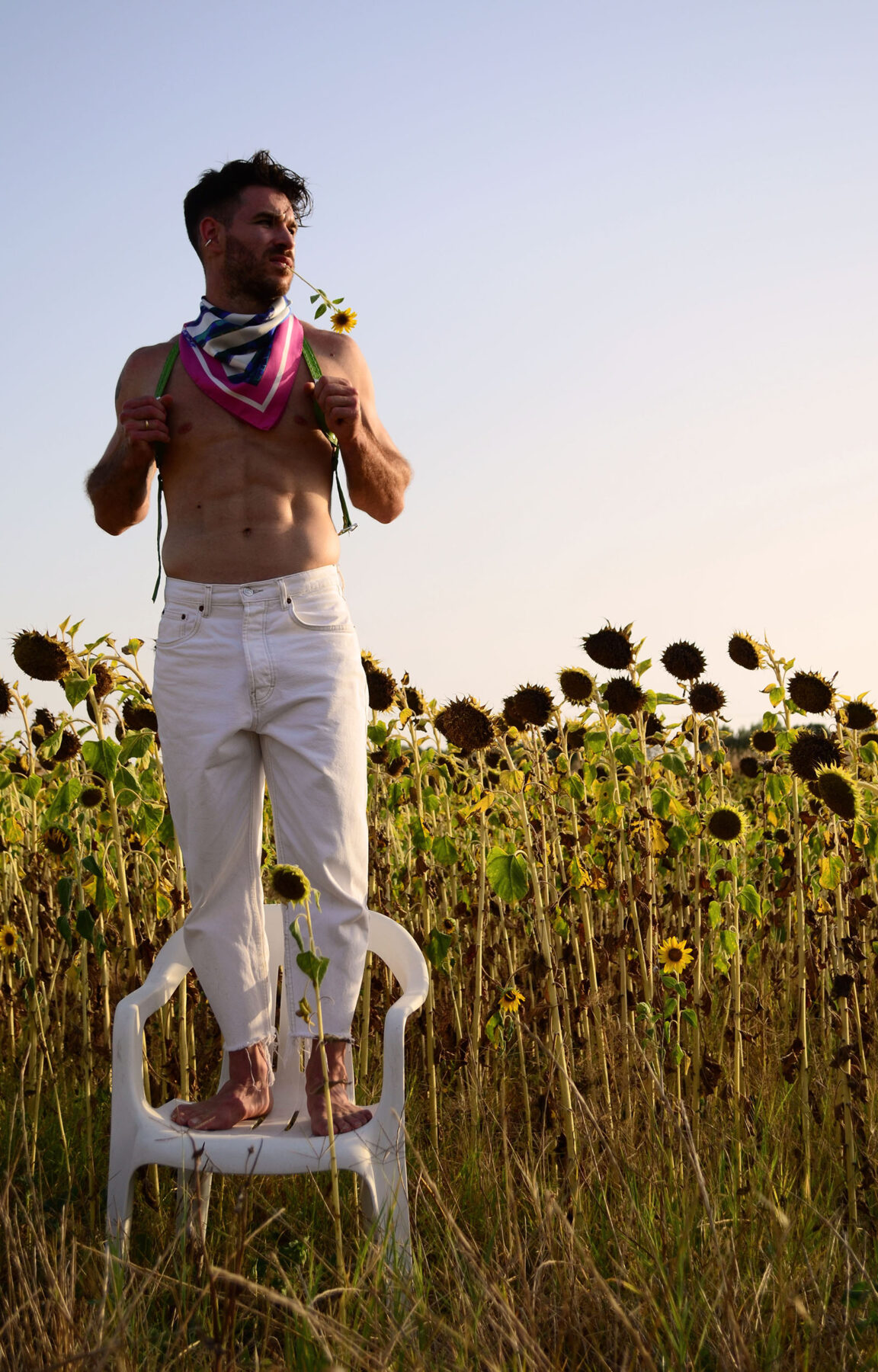 What if the two-dimensional space of the paintings could be transformed into a three-dimensional experience of vesture? 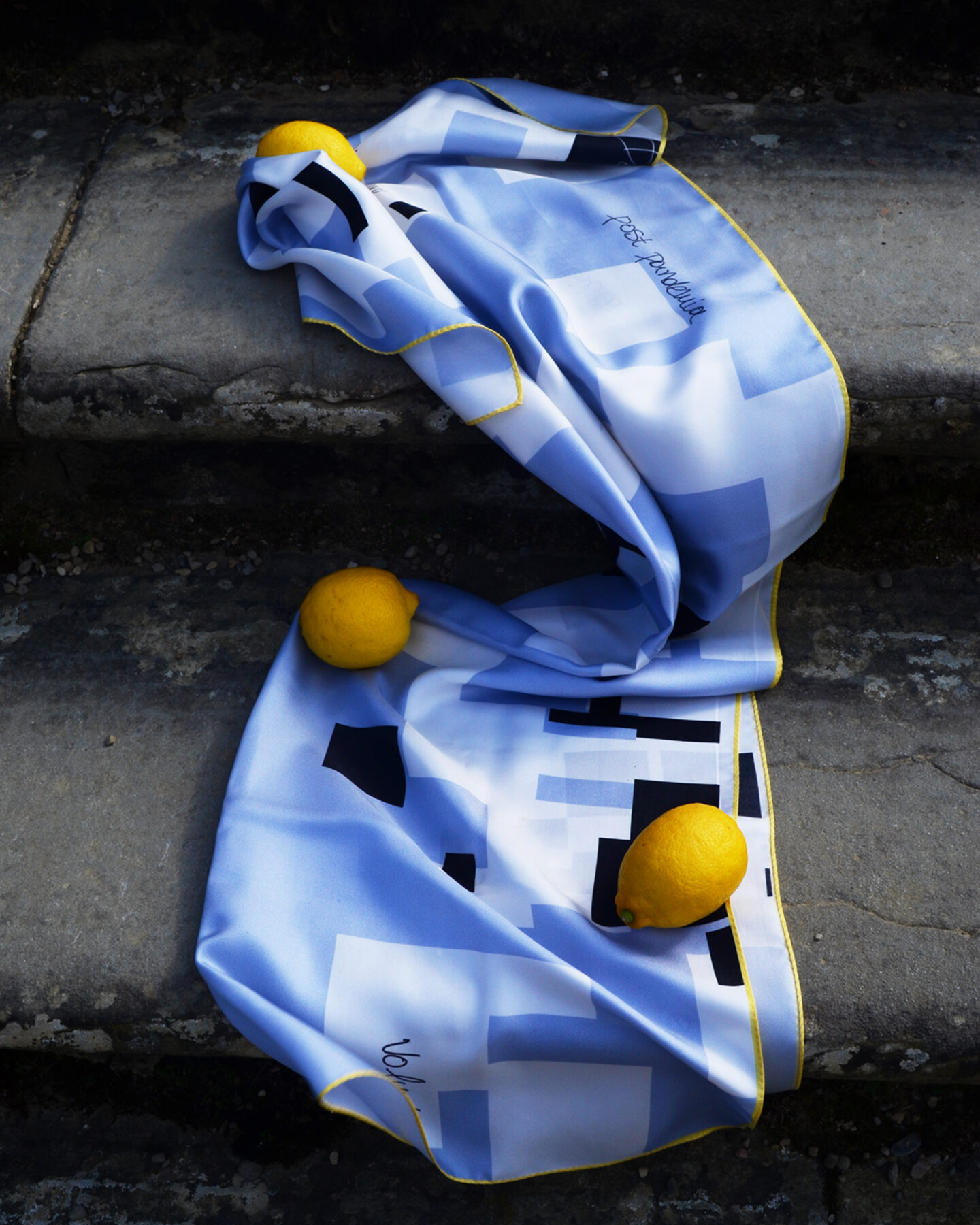 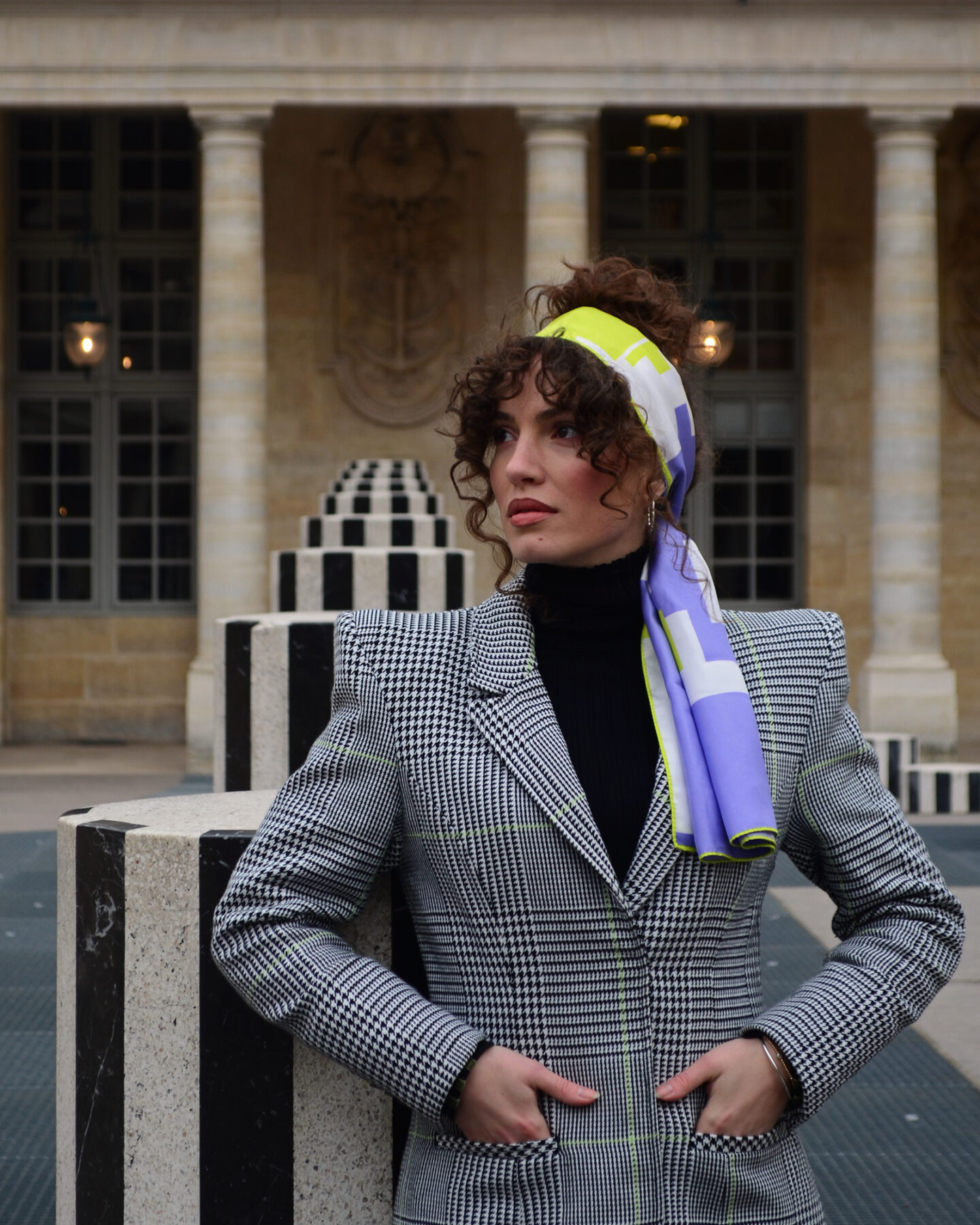 Then, Despoina Myridou’s first series of scarves “How to see Otherwise” was born. Painting colours on silk. The series’ name derives from the artist’s personal will to see and express the world in an alternative way full of colour and positivity. The main idea was to create a garment as a surface able to gently accommodate the human body. 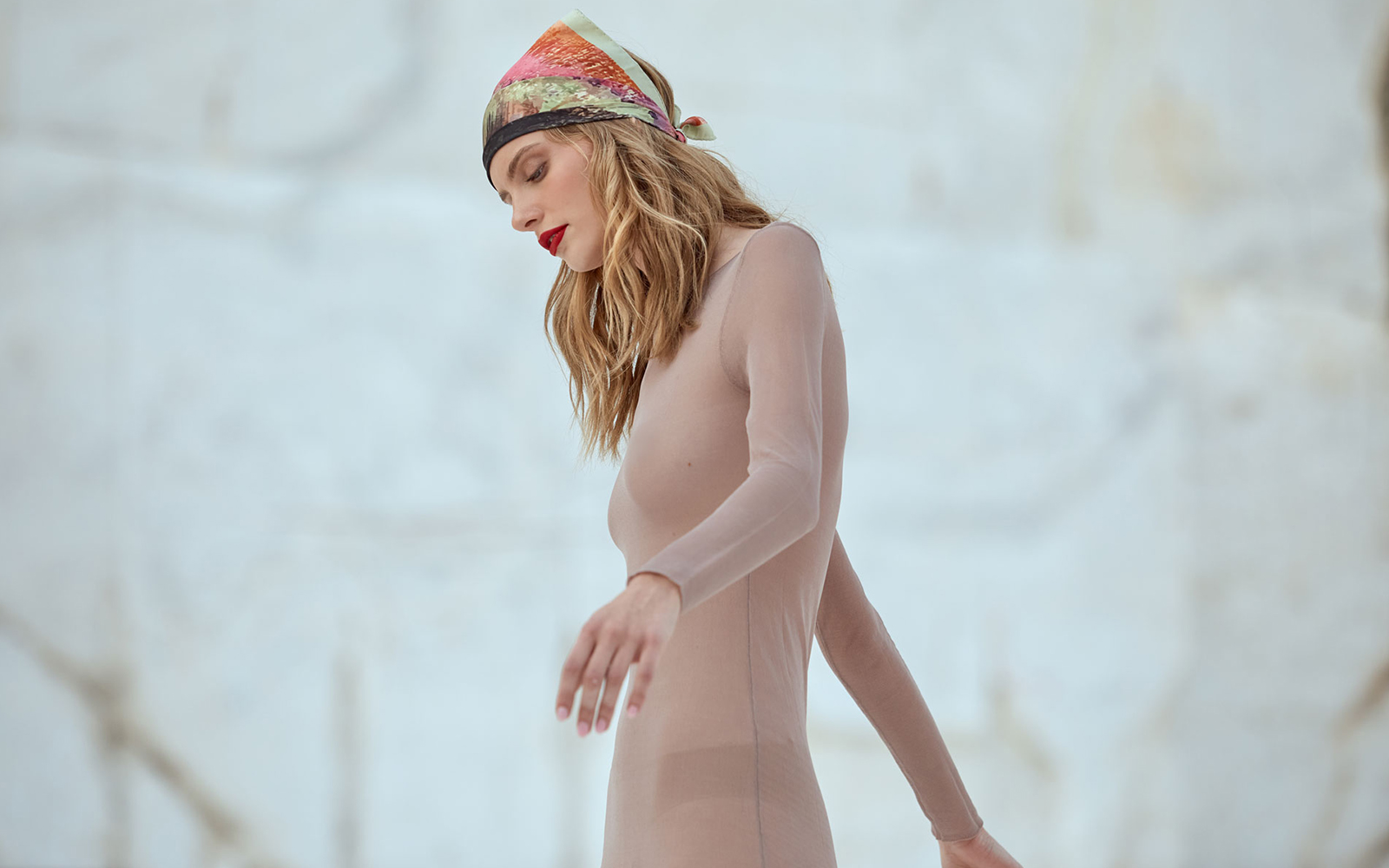 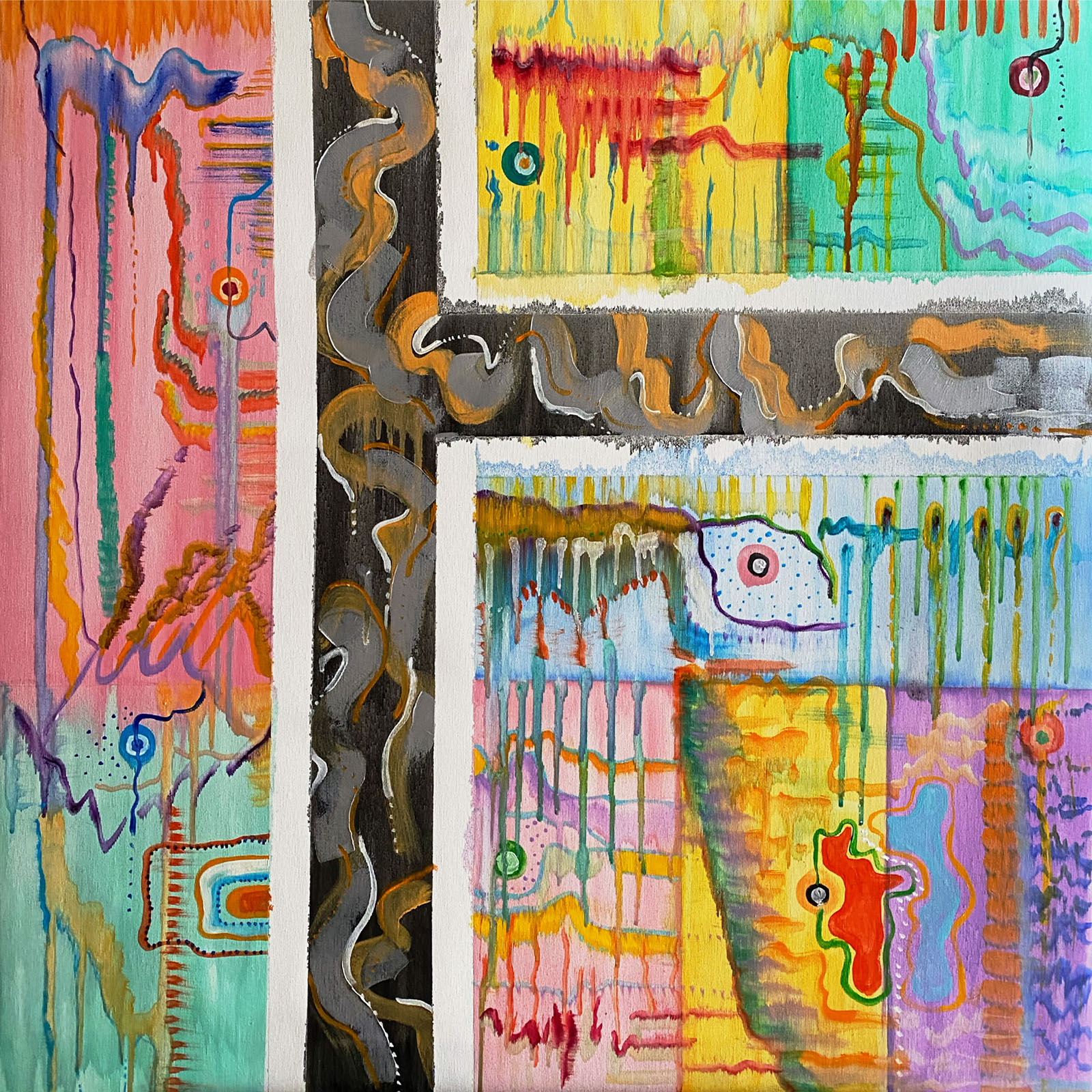 Myridou is interested in the alternation of positive and negative space, in the notion of symmetry as well as in the “nothing is waste” point of view. 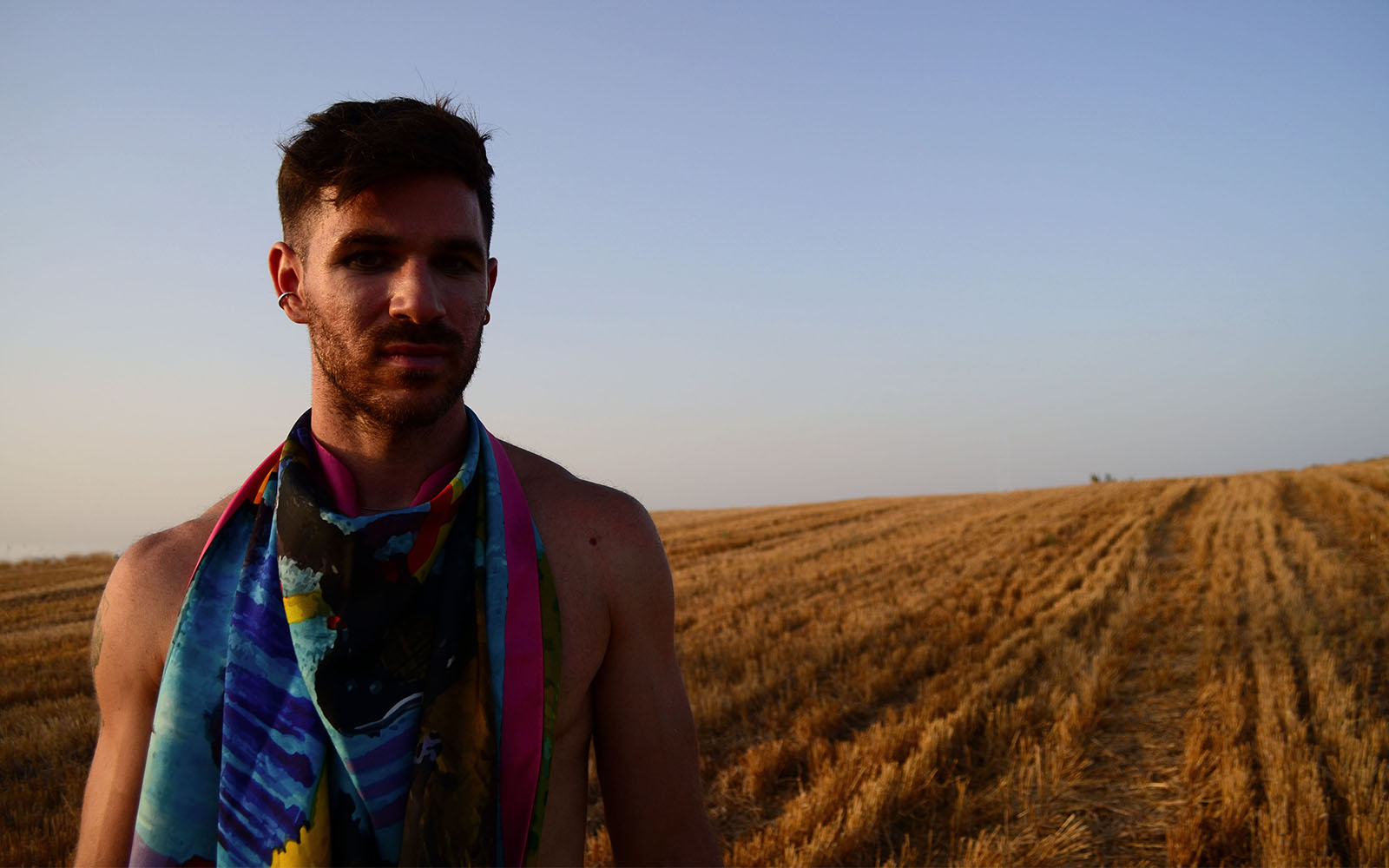 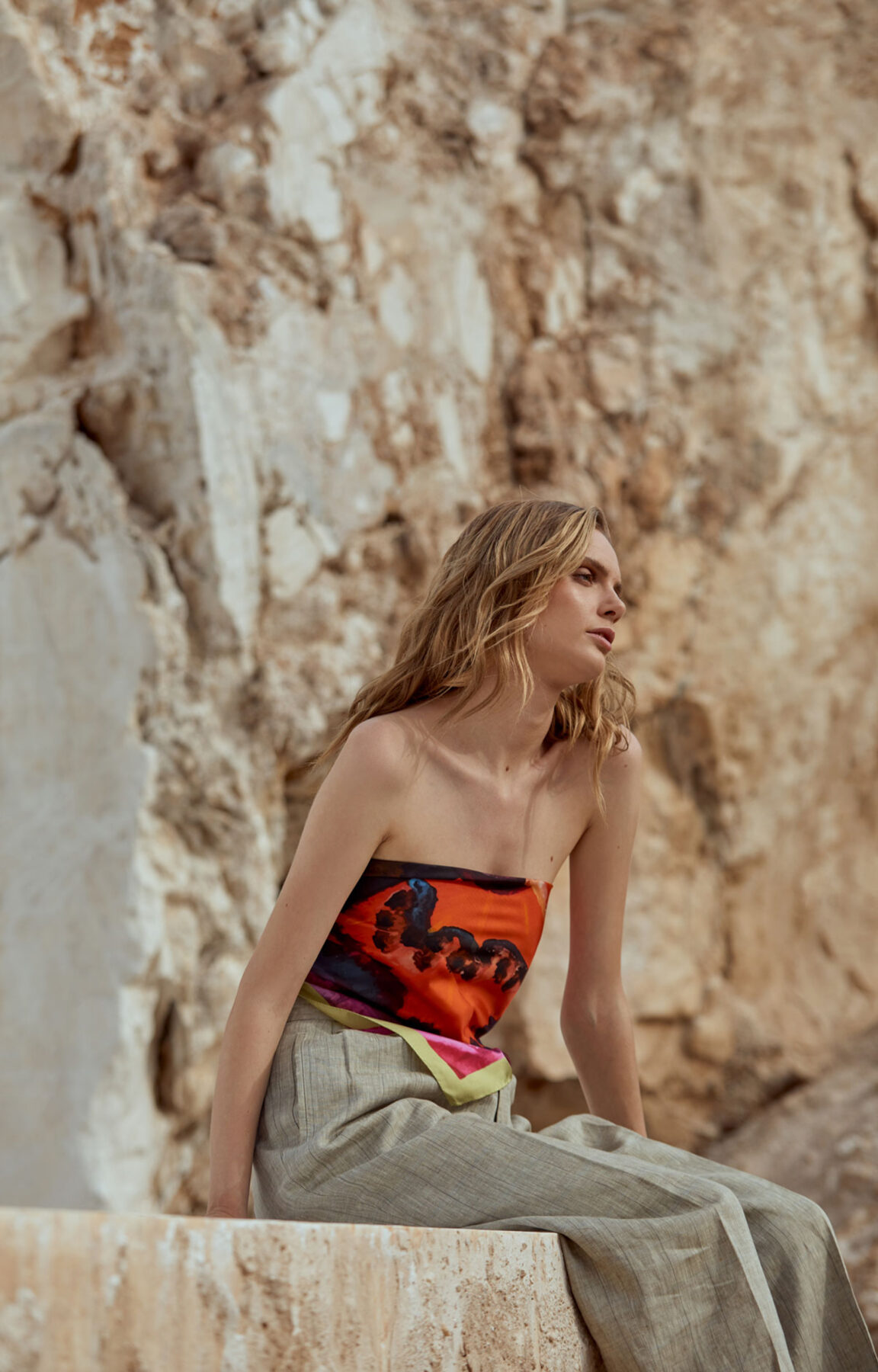 These elements drove her to the creation of “Arte Povera” Series, born when she was painting using stripes of paper tape. Once finished each piece of art, instead of getting rid of the stripes, she combined them in different paper installations. While working her diploma thesis, entitled “Pandemic Architecture, Design of a flexible neighborhood adapted to the post-pandemic needs and requirements”, Myridou created her most recent scarf series named “Chòros” based on the notion of space and, specifically, in the belief that everything around us, including our own body, is a field of space ready to be activated by our presence, living and moving habits. 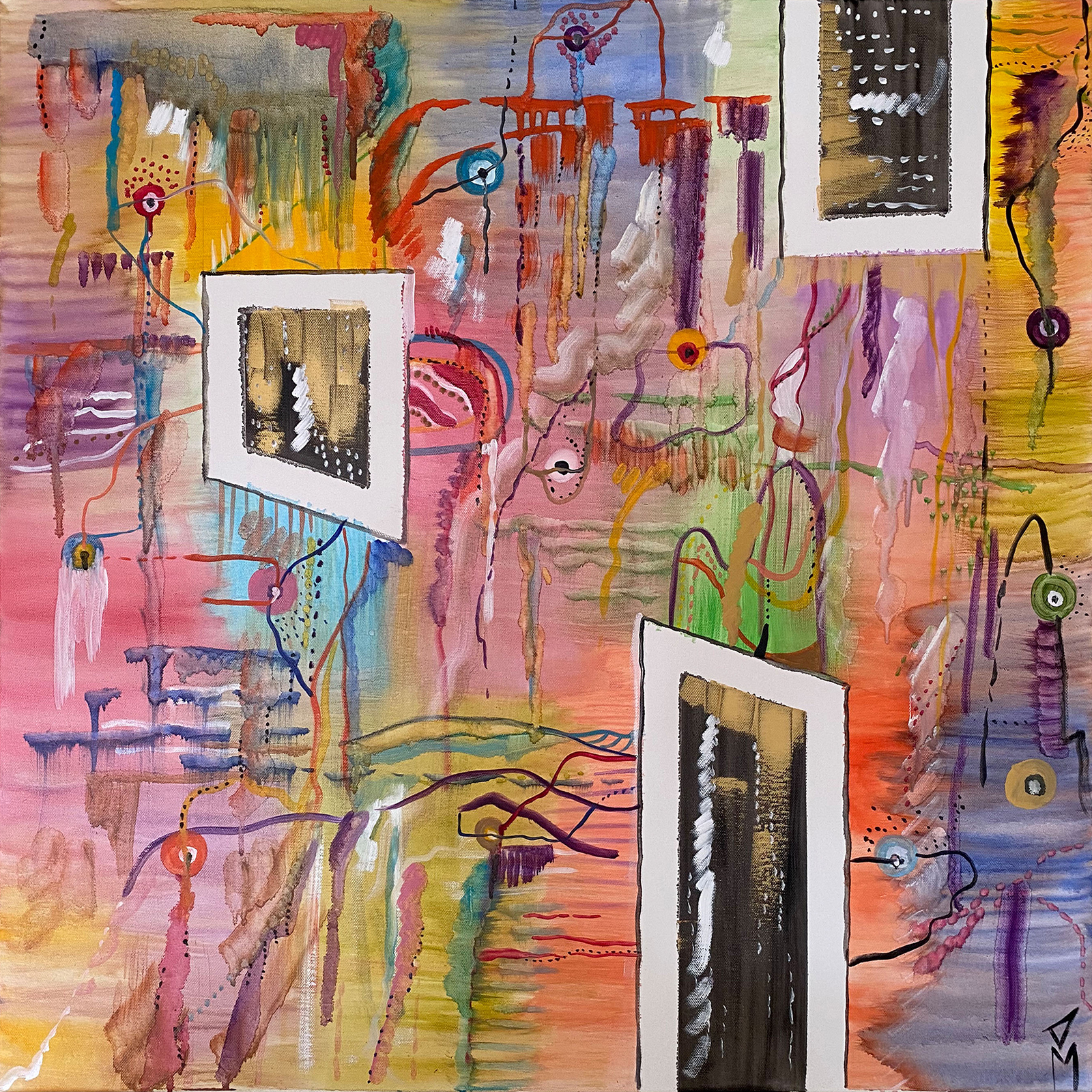 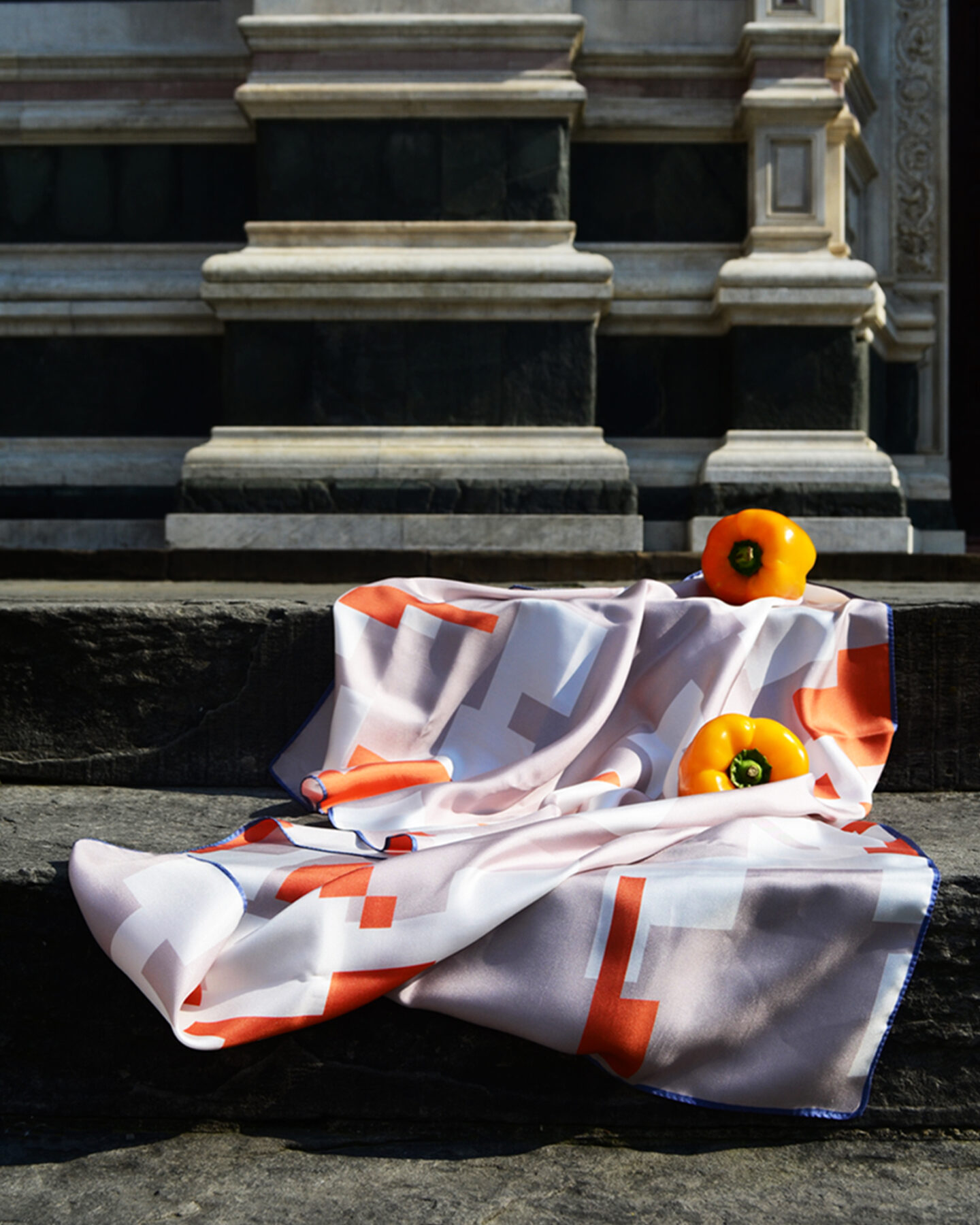 Δélta Mi Atelier’s moto is, “Trust your instinct, process is the most interesting part” & “Ethical luxury is the only luxury”. 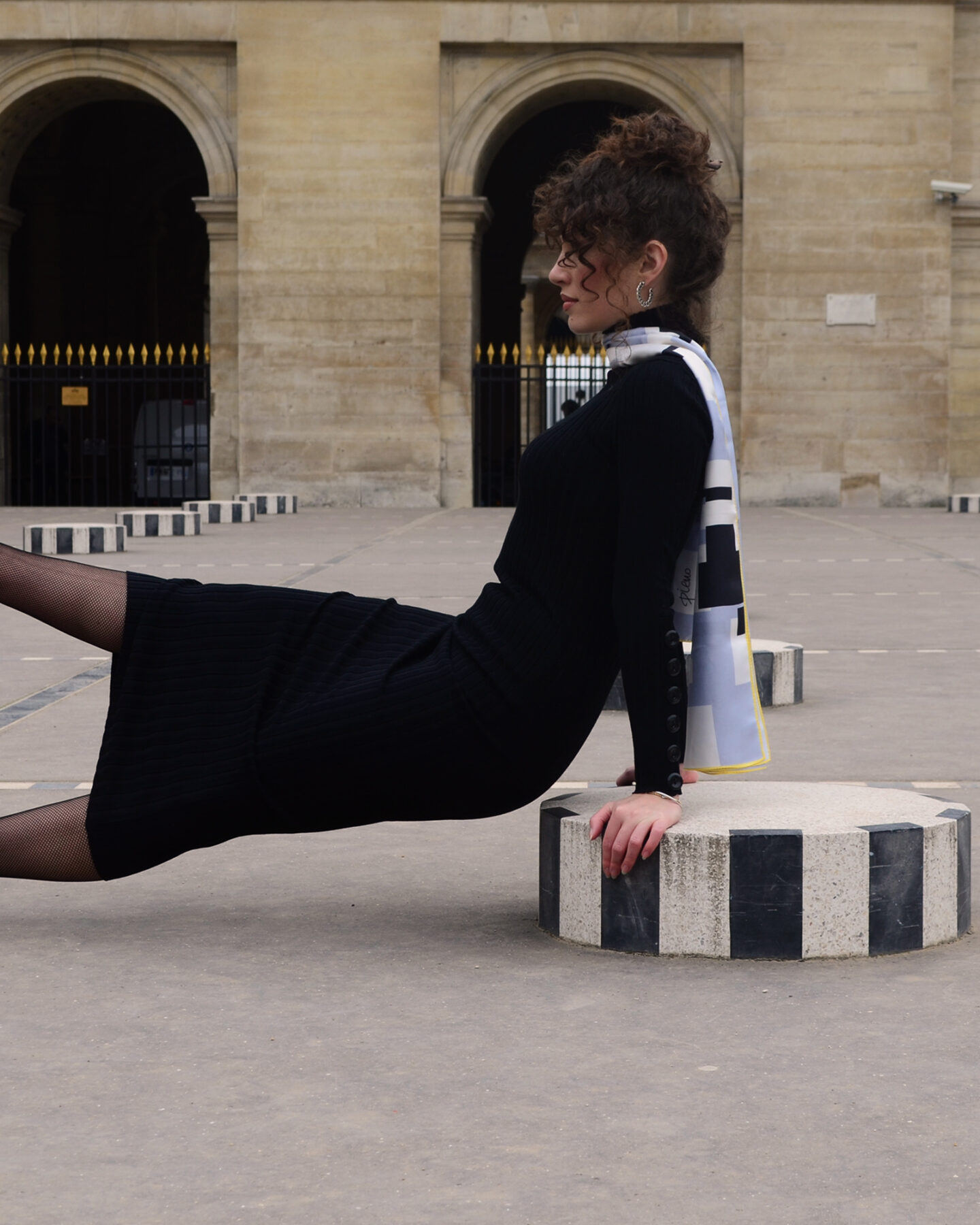 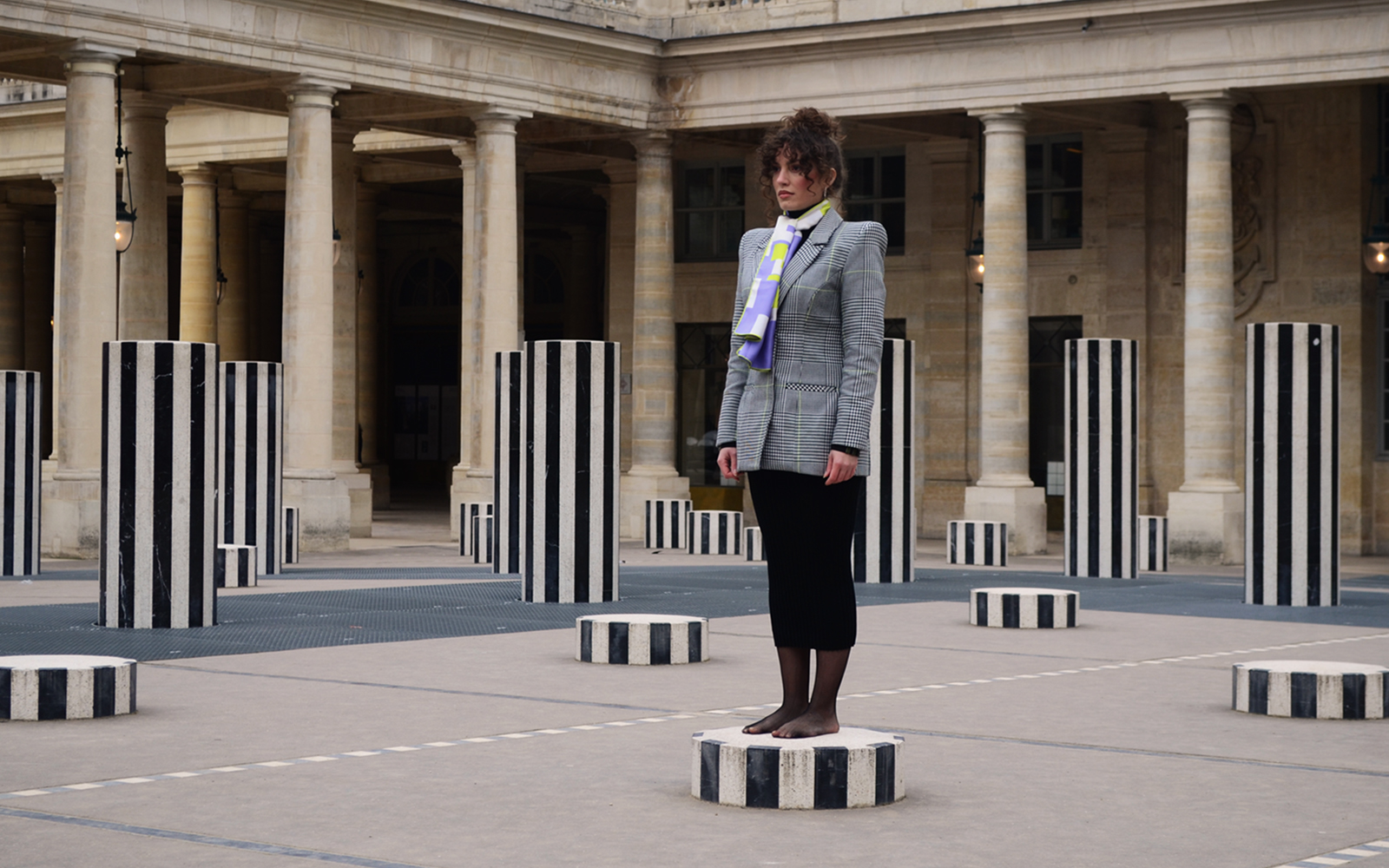 Each and every series derives from a process, from a concept, from an idea. Everything around this idea follows a deep artistic path. The material; silk, a completely natural tissue, biodegradable and with a low environment impact. The way of storage; every scarf has its own hanger, designed by the atelier. In this way, it acquires its own place inside your space, it becomes an item with a certain importance. The packaging; made by paper so you are able to recycle it any time. 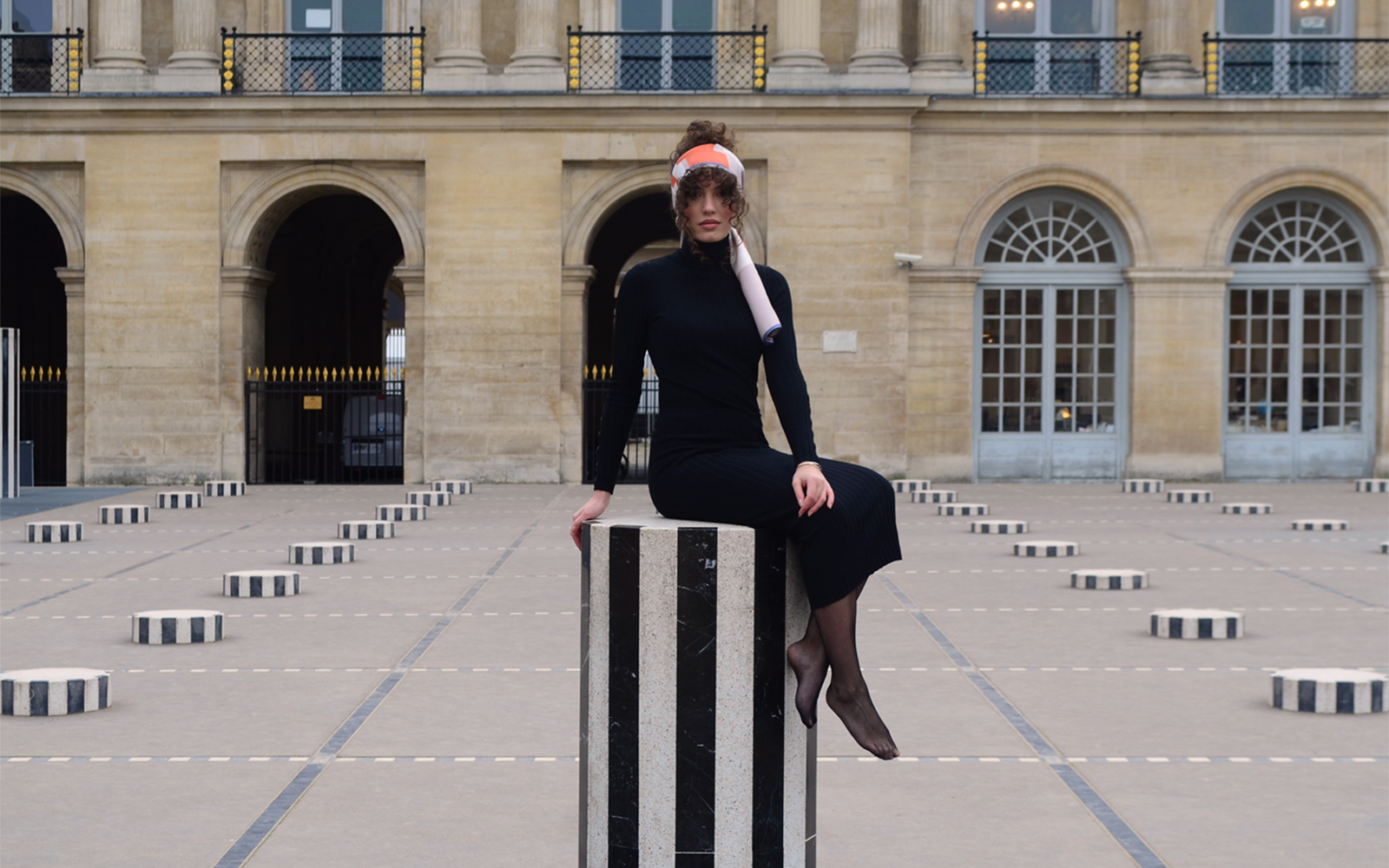 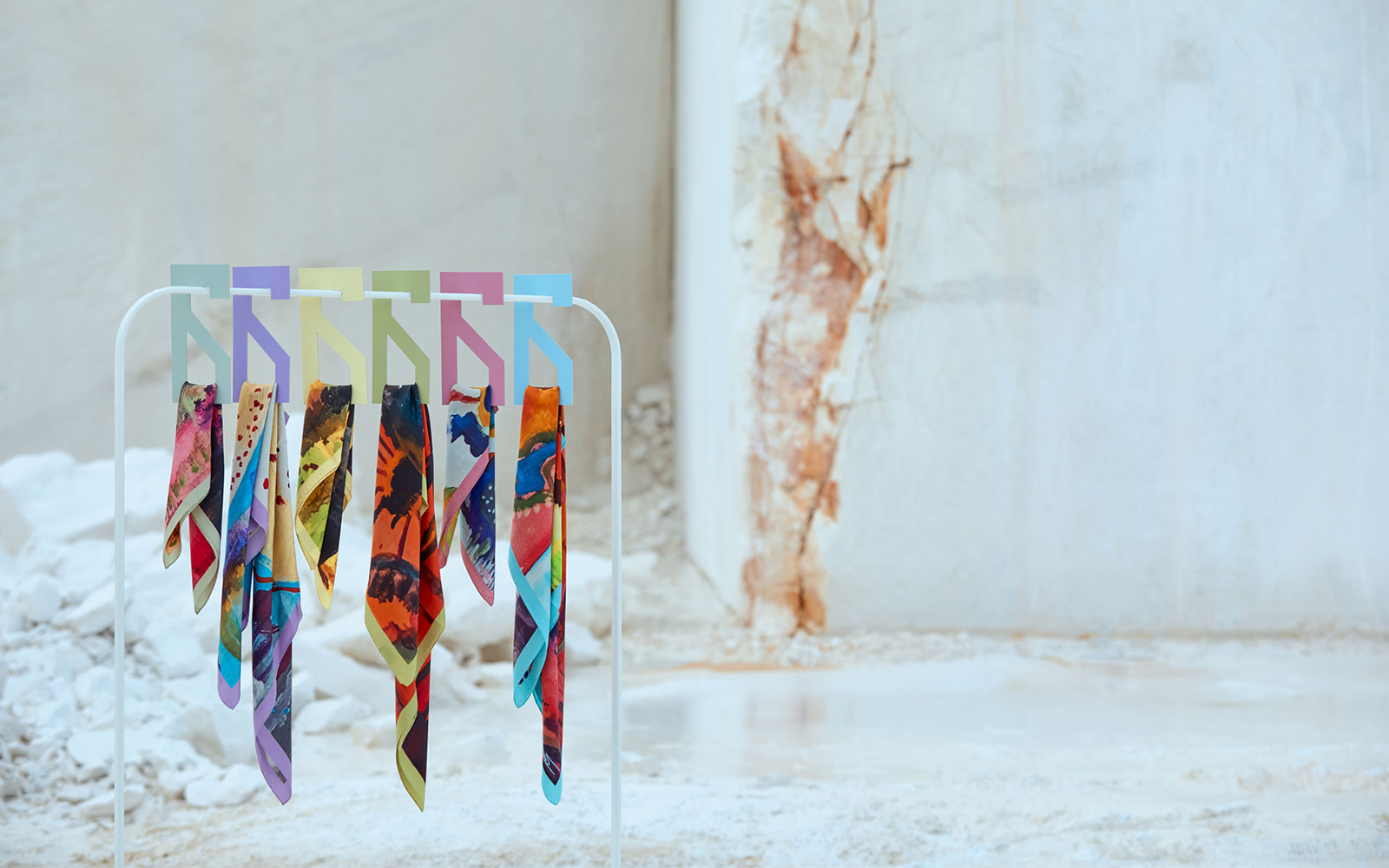 The whole concept was to create an experience, not just a product, so as to introduce people on an alternative way of living and conceiving the world nowadays. A brand that has a story to tell.

by ELPIDA ROIDOUArchisearchhttps://www.archisearch.gr/wp-content/uploads/TAKAPARTNERS_COUNTRYSIDE_MEMORIES_MIRAGGIO_BREAKFAST_01-370x700.jpg
SHARE THIS PAGE
WITH YOUR FRIENDS