Diploma thesis aims to repurpose an area of natural topography in a contemporary city and create connections between the natural and the built environment. 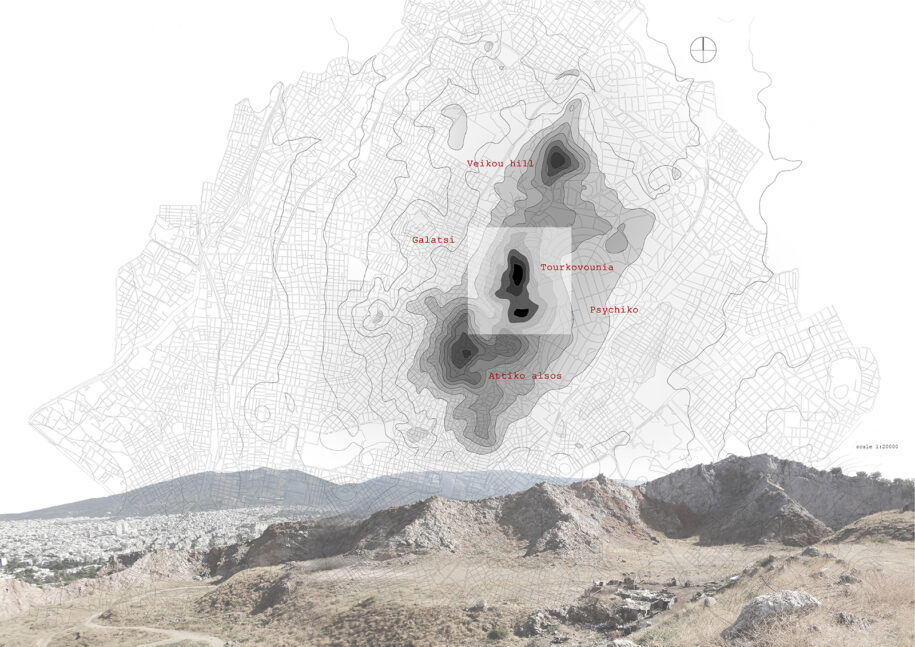 The site of the project is located on the hill of Tourkovounia between two areas of Athens, Galatsi and Psychiko and it is the widest hill in the city of Athens. The most important characteristic of the hill is the morphology of the ground. The previous function of the area was a quarry by the company ΚΕΚΡΩΨ. The activities of the quarry and the excavations shaped the morphology of the natural environment and left the area with a damaged and unfertile ground. Nowadays the area has lost its identity due to the lack of use and parts of the quarry’s infrastructure is still on the hill, abandoned. Tourkovounia acts as an urban void inside the dense urban fabric of the city and is a barrier between two very different residential areas, enhancing the differences between them. 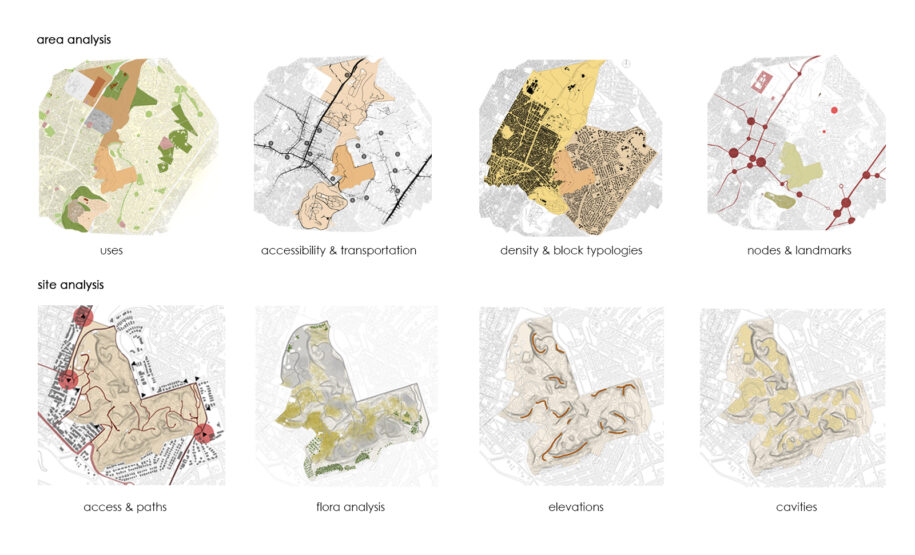 The aim of the design is to redefine the role of the hills in the city and recreate their natural environment. 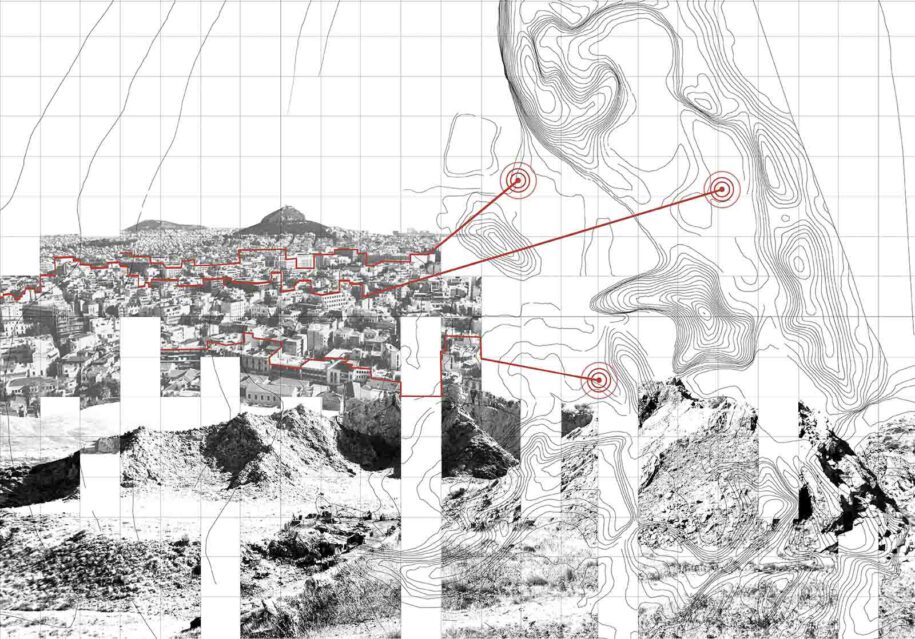 The hills can become a connecting element for the city and an important part of the network of hills in Athens, creating links between different areas of the city as well as links between people and the natural topography of their living environment. The program focuses on the establishment of a strong relationship between people and the hill. The highest parts are chosen for the visual connections between the city and the hill while the lowest parts are designed as paths in order to create a dialogue between the visitors and the ground. The masterplan is separated in three parts: the recreational area that acts as a connection to the city through the area of Galatsi, the exploration area that aims to create a relationship between the visitors and the hill and the observation area which focuses on the connection with the city through visual escapes. 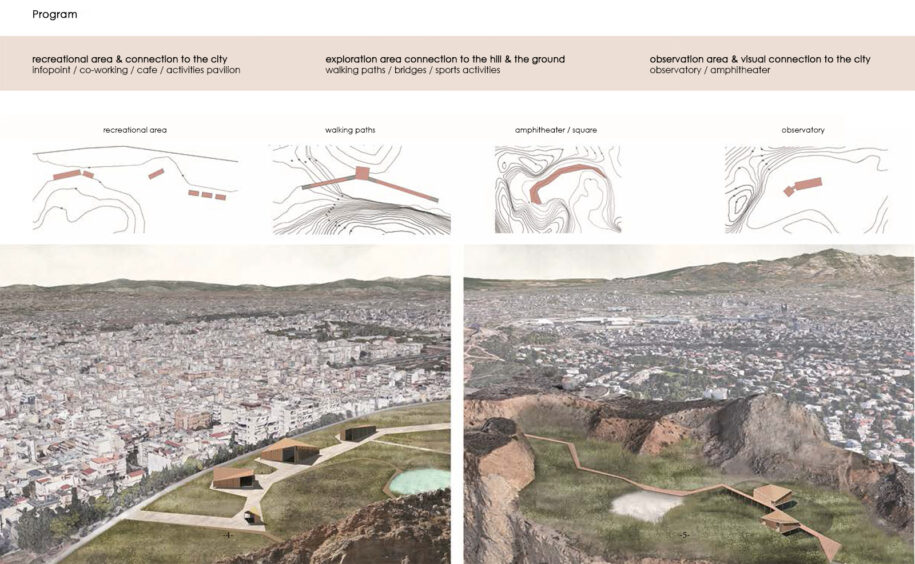 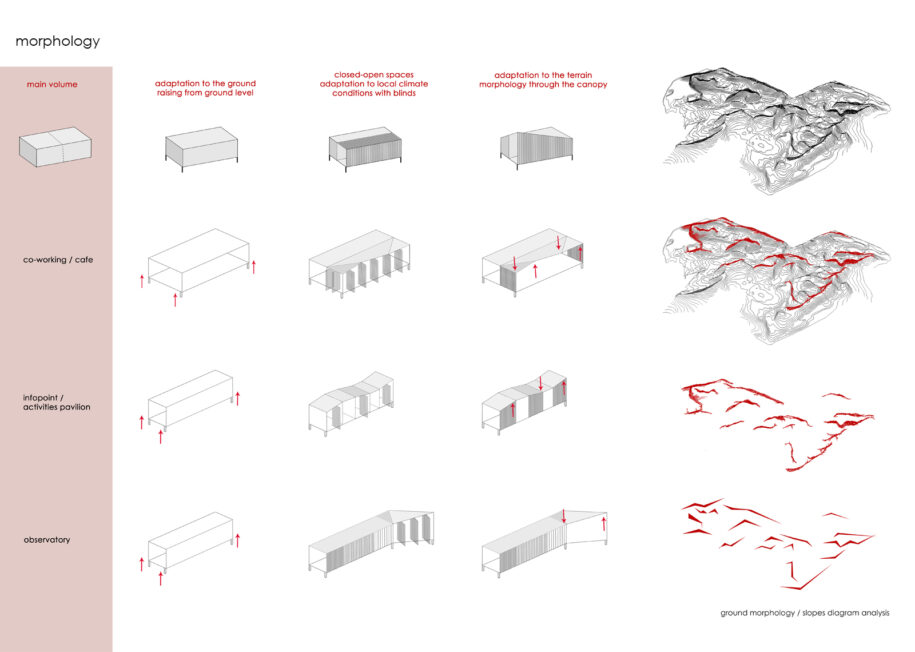 The shapes of the ground which consist of elevations and cavities of different heights is used as the main design element of the roofs creating a morphological connection between the built and the natural environment. Also, the buildings are elevated from the ground in order to affect the hill the least possible and at the same time protect the buildings from the moisture of the ground. 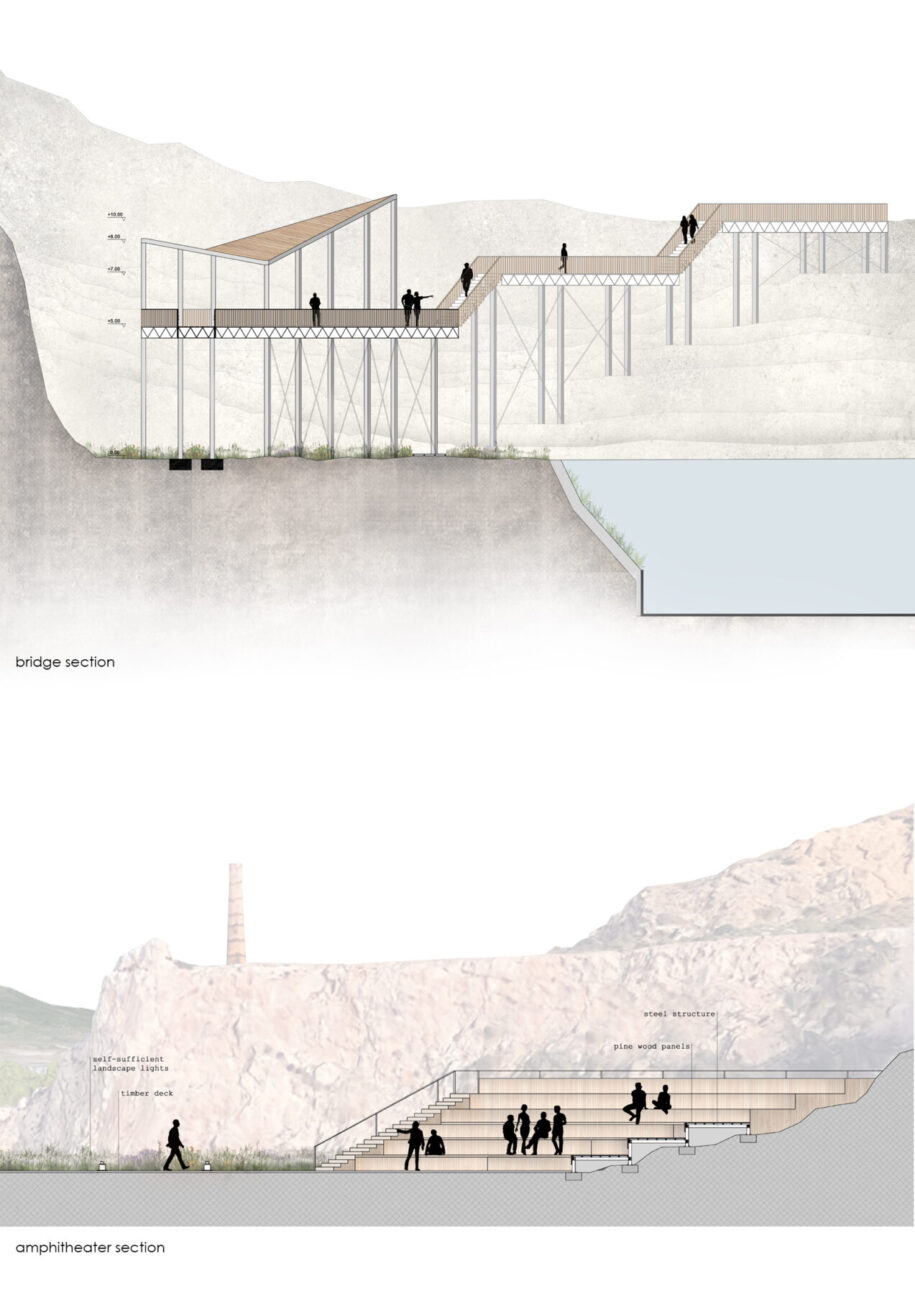 The environmental strategy of the project has two parts. On the scale of the masterplan, after a study on the local flora of the other hills of Athens, there is a strategical choice of vegetation for the recreation of the natural environment. Additionally, there are water reclamation pods designed to collect the rainfall and surface drainage water in order to be used in the buildings but also to create a better microclimate for the local flora and fauna. The whole project is designed to be independent from the city by using solar panels and self-sufficient lights along with the water reclamation pods. On the scale of the buildings the spaces are designed based on natural ventilation, shading and cooling. Also the choice of materials aims to the creation of light structures that is possible to alter or remove without damaging the natural environment. 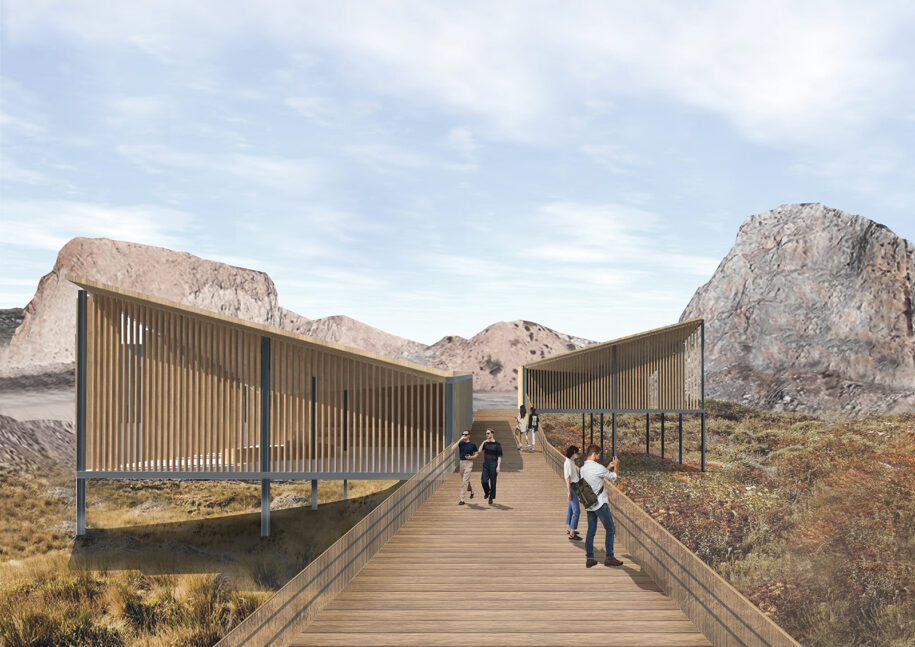 by ELPIDA ROIDOUArchisearchhttps://www.archisearch.gr/wp-content/uploads/RENDER-D-370x700.jpg
SHARE THIS PAGE
WITH YOUR FRIENDS