The building complex “The tree life co-housing”, is located in the city of Xanthi, next to the banks of the river Kosinthos. The study area could be characterized as a strategic location, as it is located very close to the heart of the city while at the same time has a direct dialogue with the old town of Xanthi. The diploma thesis of Korina Athanasiadou and Anna Sougkouroglou was presented in October 2020, at the Department of Architectural Engineering of Democritus University of Thrace.

-text provided by the authors

The original idea for the student and senior mixed group was born as a need for a new proposal in order to activate both students and the elderly in a daily form of coexistence and interaction. 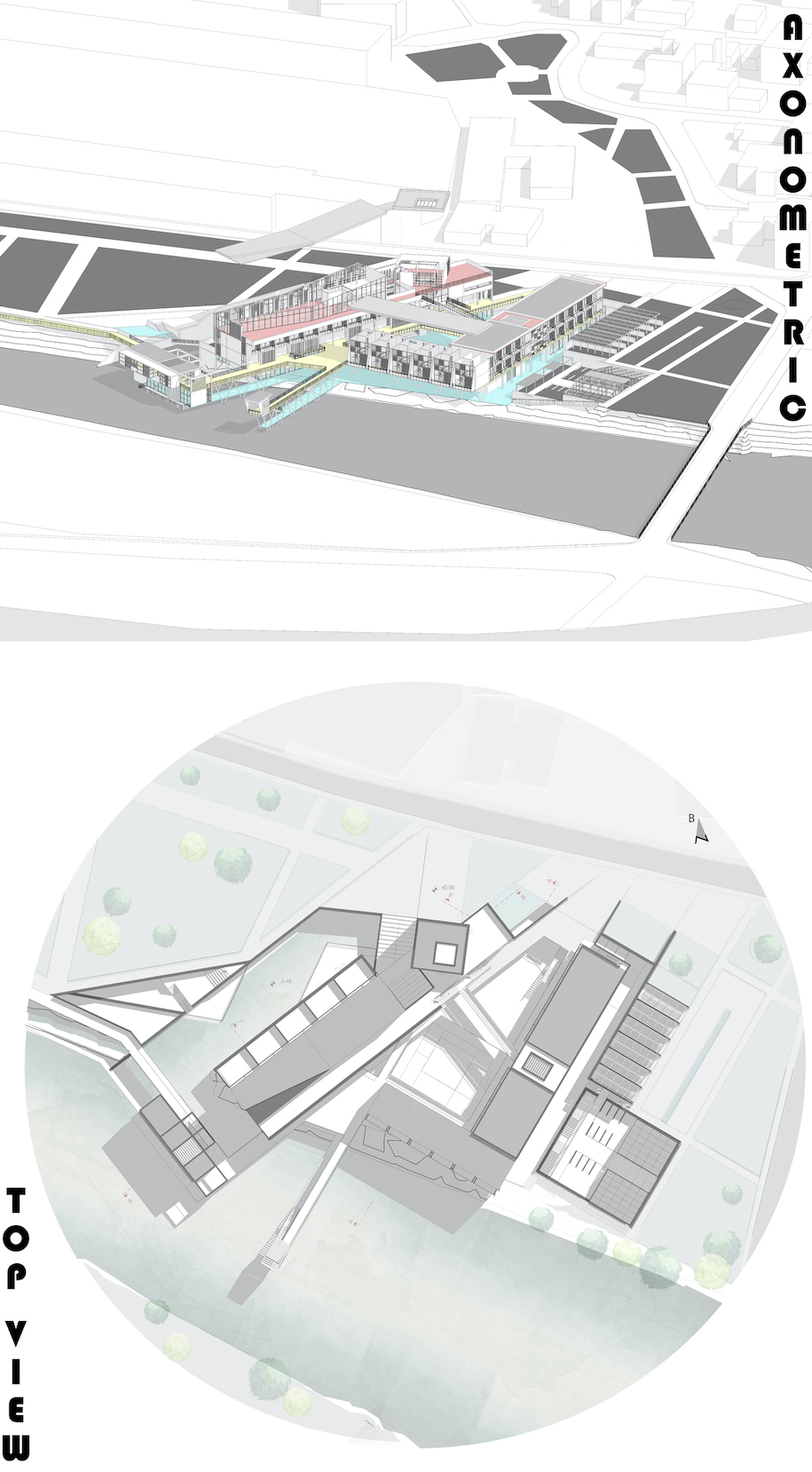 The selected uses concern housing (collective housing with public character), culture (workshops, exhibitions, collective activities, gardening) and education (library, reading room, workshops, gym). An equally main concern was to respect the environment and thus there has been an effort to adhere to some basic principles of bioclimatic design. 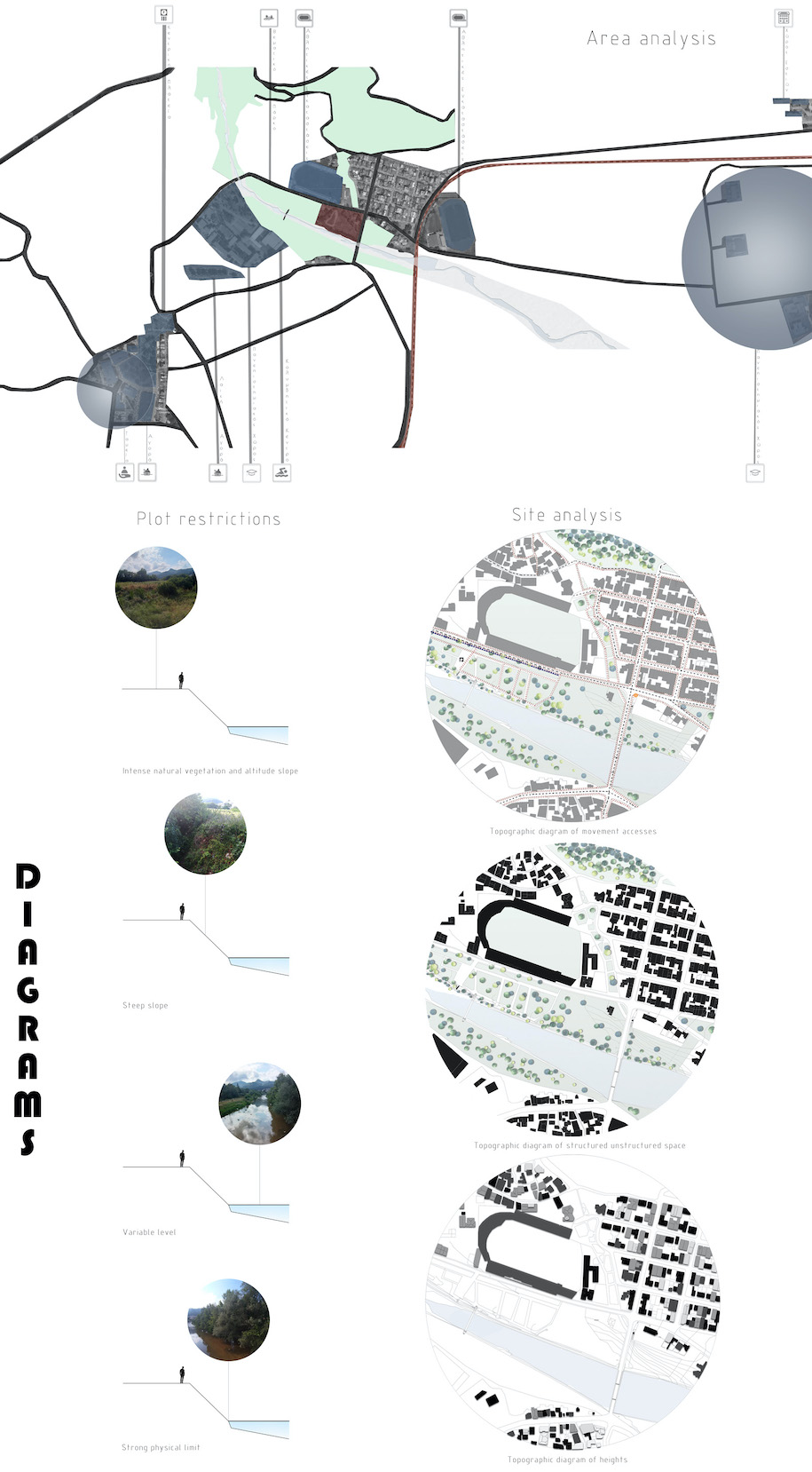 The complex is developed in two main axes and includes 41 rooms which are developed on two levels and independent loft. The building volumes in total are developed in four levels: basement, ground ﬂoor, A and B ﬂoor. The main aim of the architectural design is characterized by the separation of the main volume into two main units that develop dialogue with each other and between them is spread the core – heart of the complex , creating a focal point of meeting and socialization. 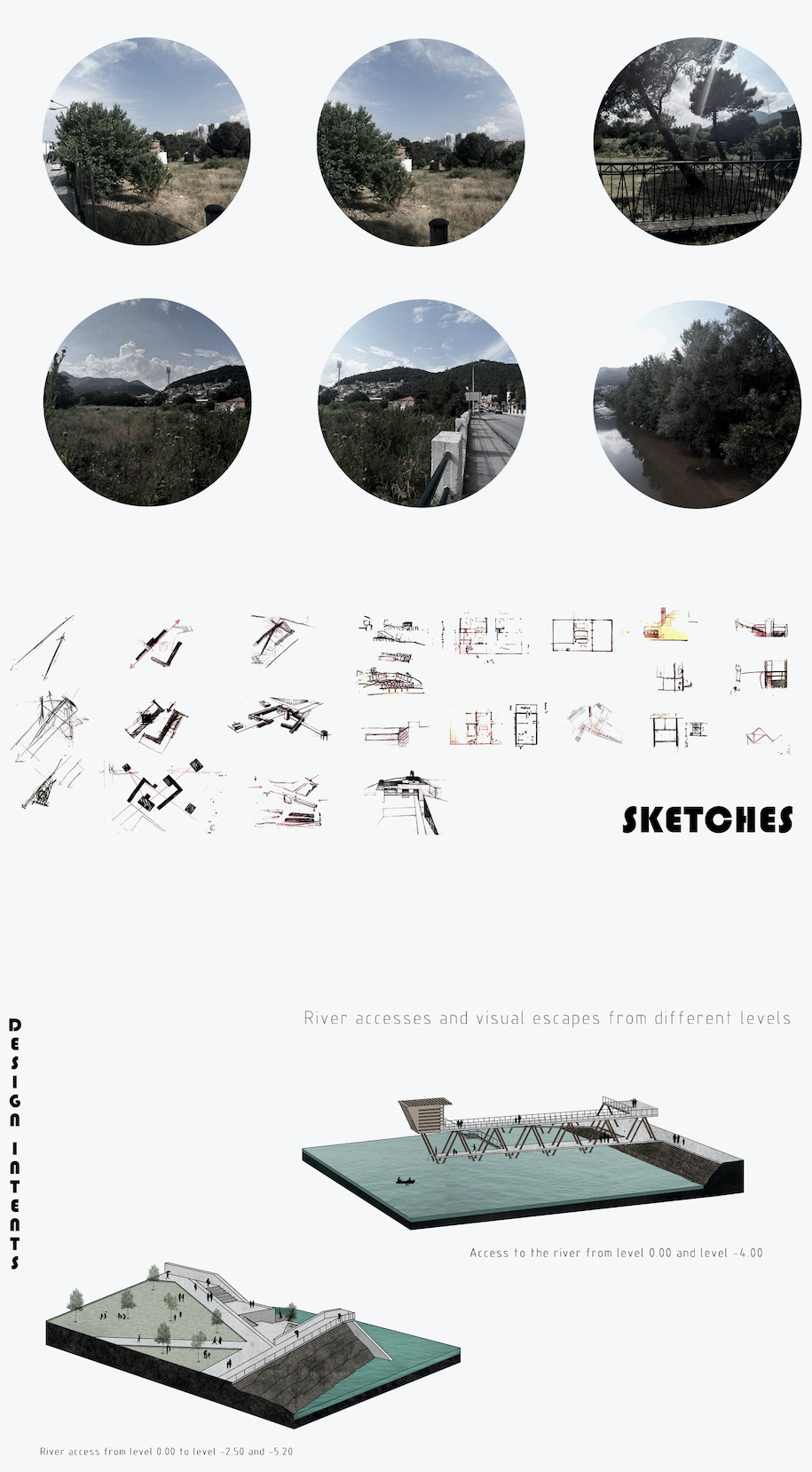 This square is located at the basement level while, on the ground ﬂoor there is a network of corridors that leads to the observatory but also to shorter routes. The square is formed in altitude degradation in relation to the surrounding urban space, but following the local relief through terraces on both fronts. Its public function is enhanced by public gathering places. 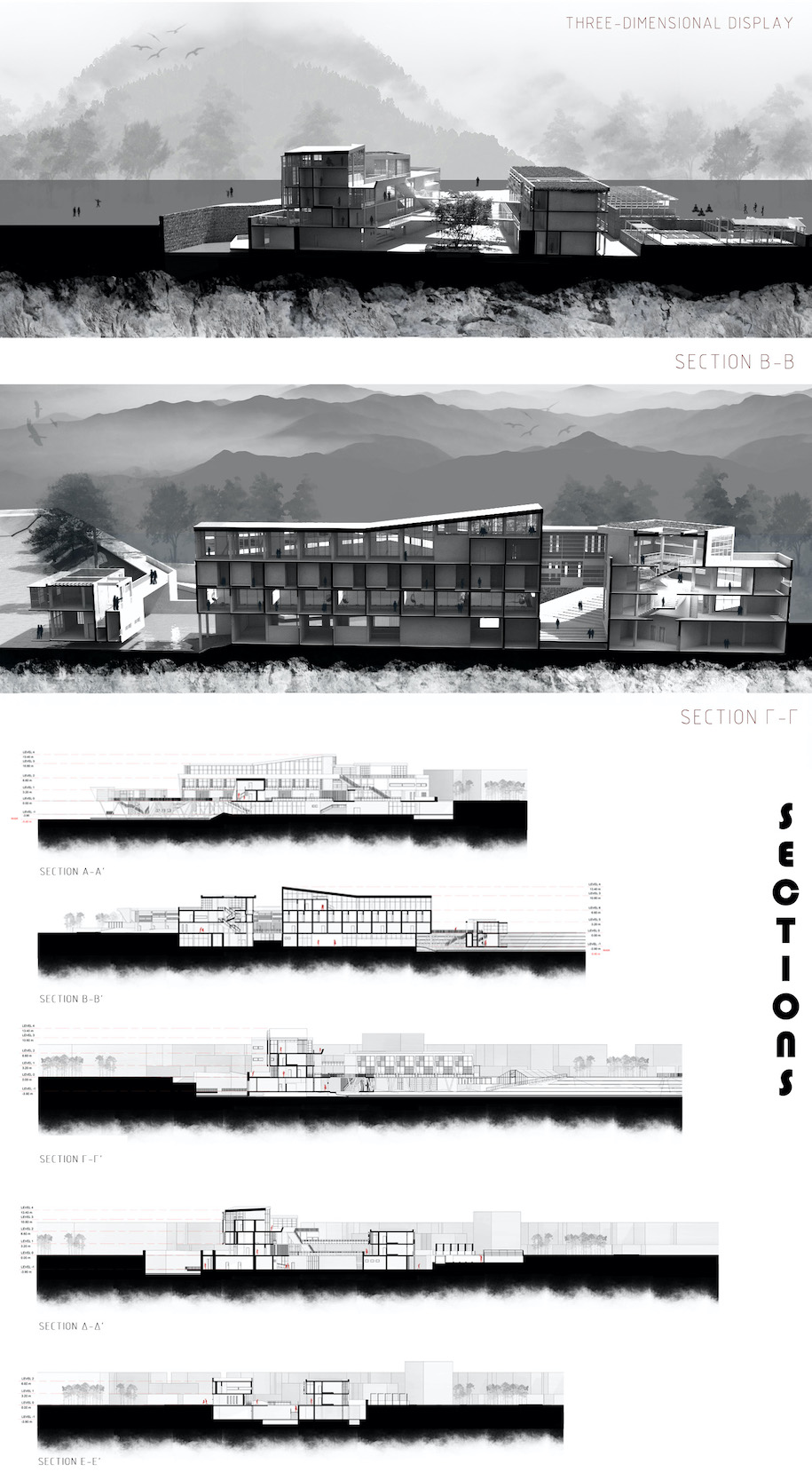 The corridor network receives the ﬂows of pedestrians and residents at the level of the surrounding urban space, enhancing the crossing of the building volume and the interconnection with the regional pedestrian traffic networks. 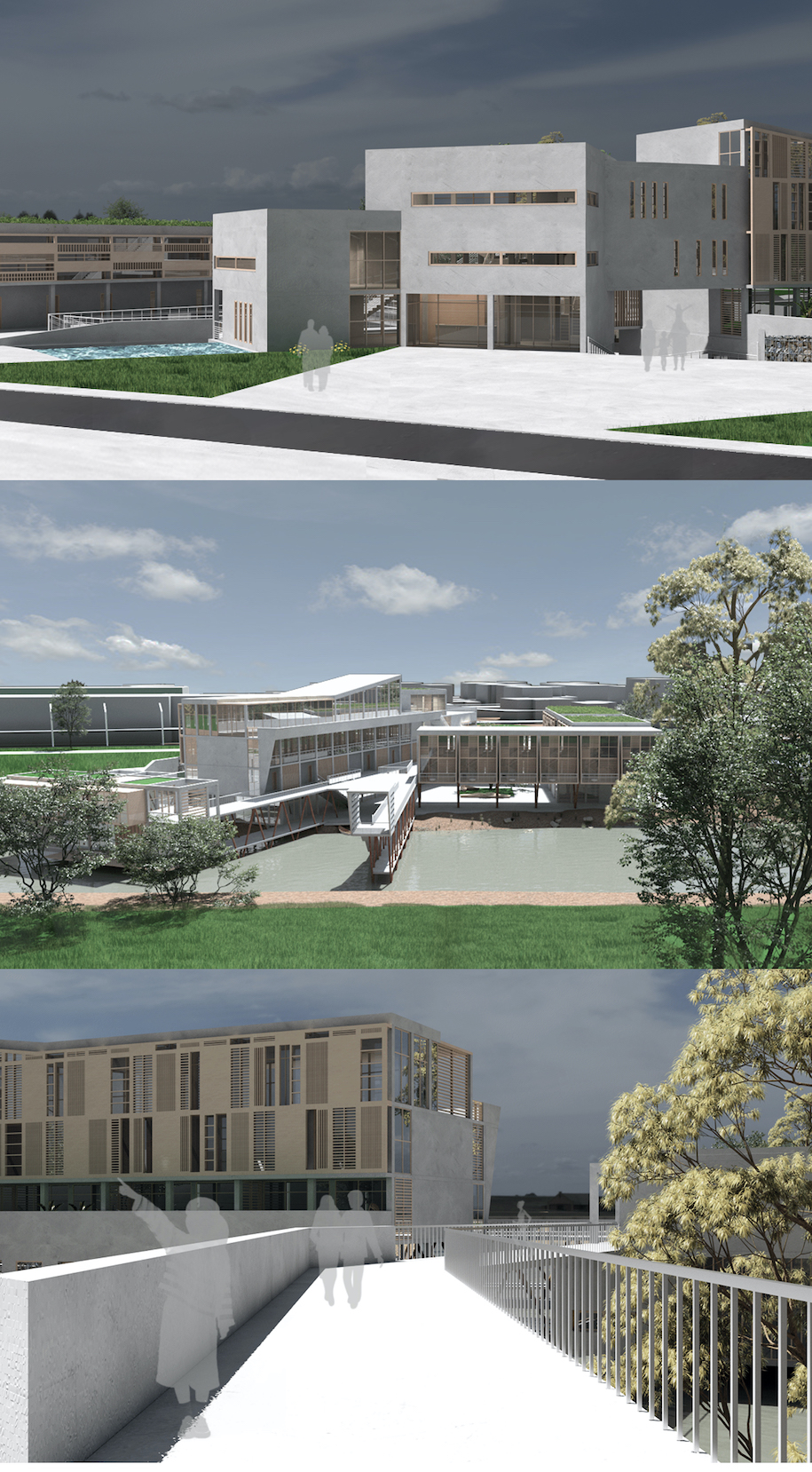 Particular interest has the west elevation, where by adding a second facade in front of the main volume is offered necessary shading and protection by creating a play between light and shadow. The large openings in the loft apartments were placed towards the river for unobstructed view. With the use of photovoltaic systems there has been an effort to ensure some energy coverage for the complex. 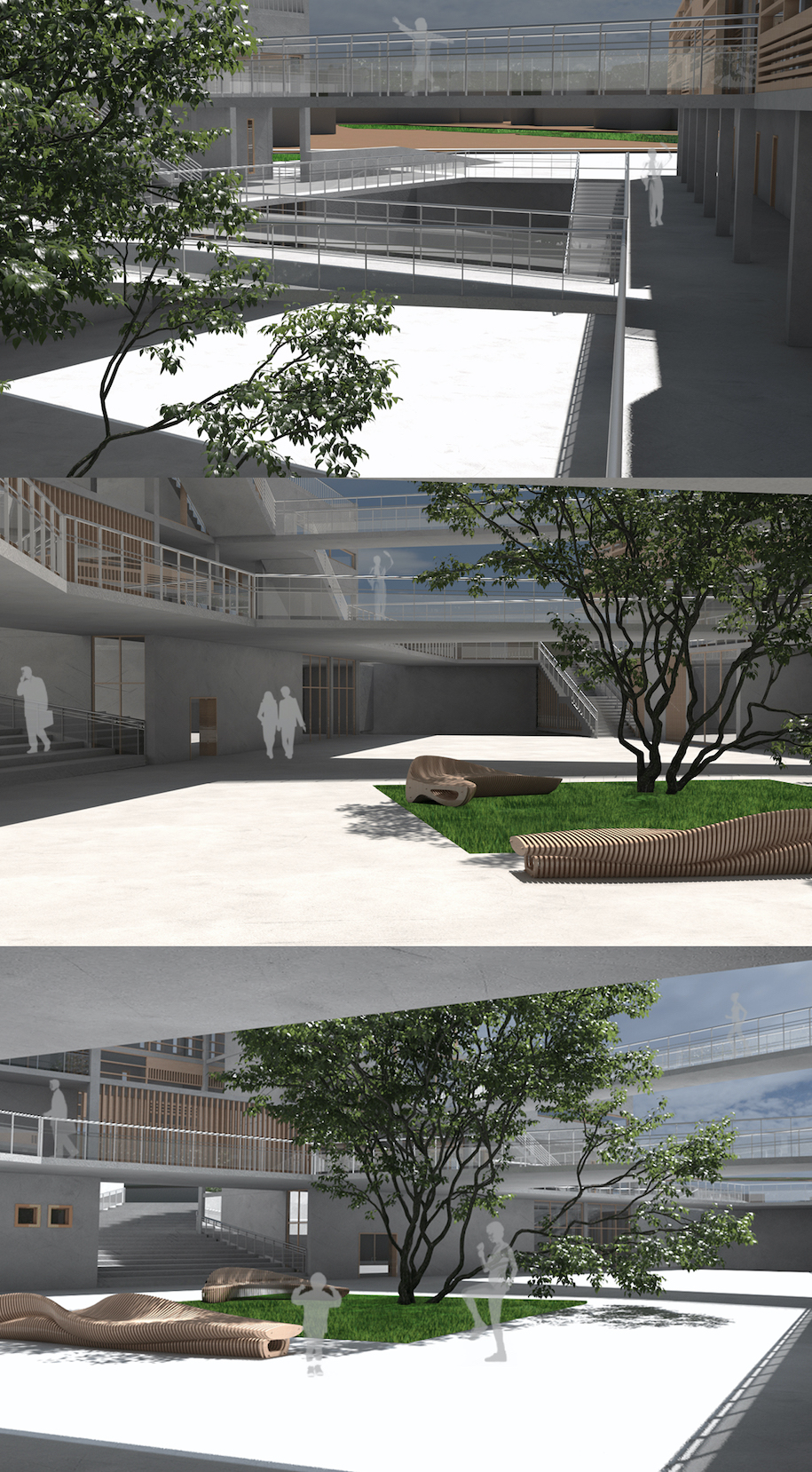 By simplifying the choices in terms of investment materials, there has been an effort to give a calm and perfectly harmonious result where even the materials coexist successfully. The aesthetic approach externally sought to have the same vocabulary as internally, so that spaces can communicate. The use of wood as a key investment element in combination with the earth tones chosen in the decoration are considered as elements capable of providing a sense of calm and well-being. 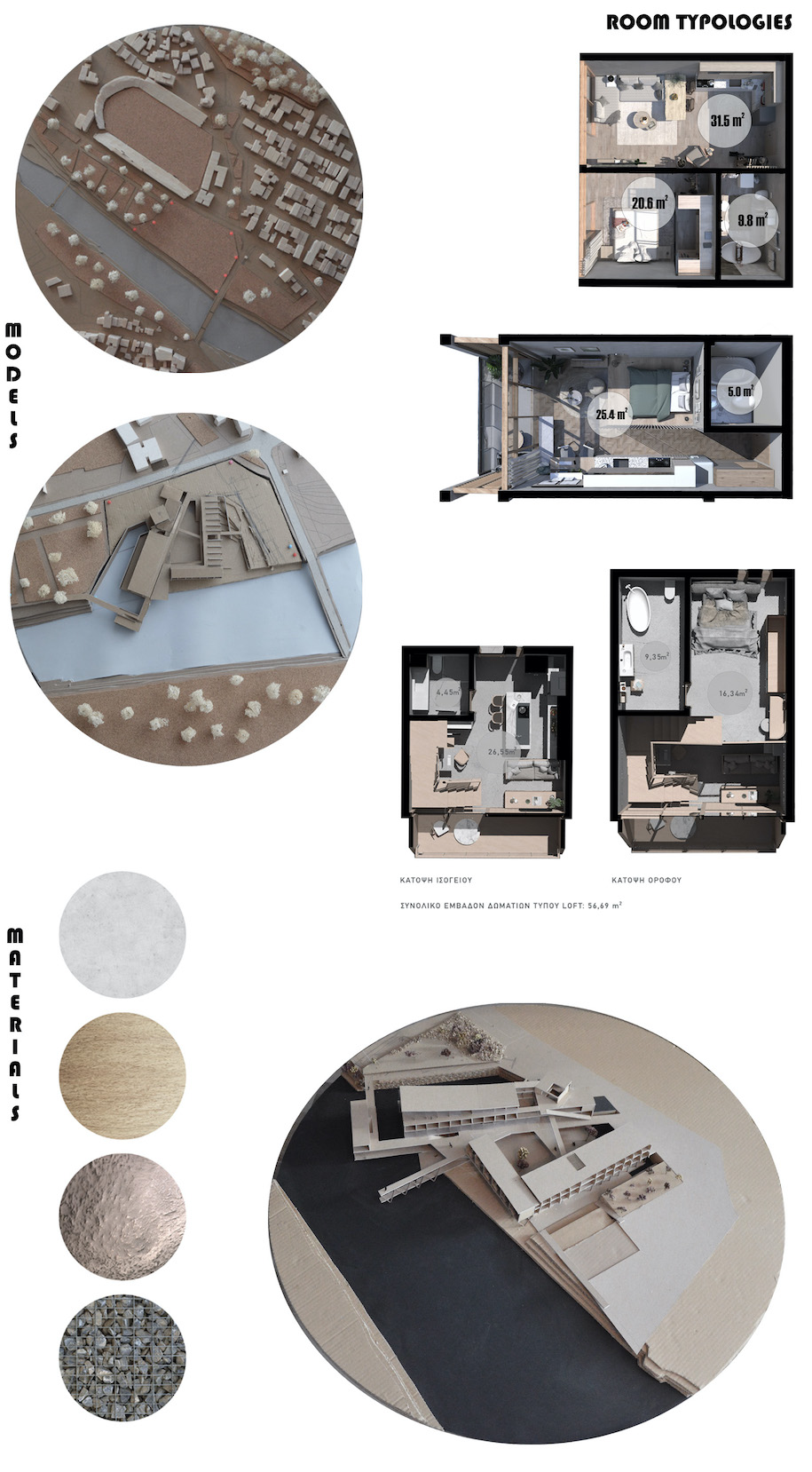 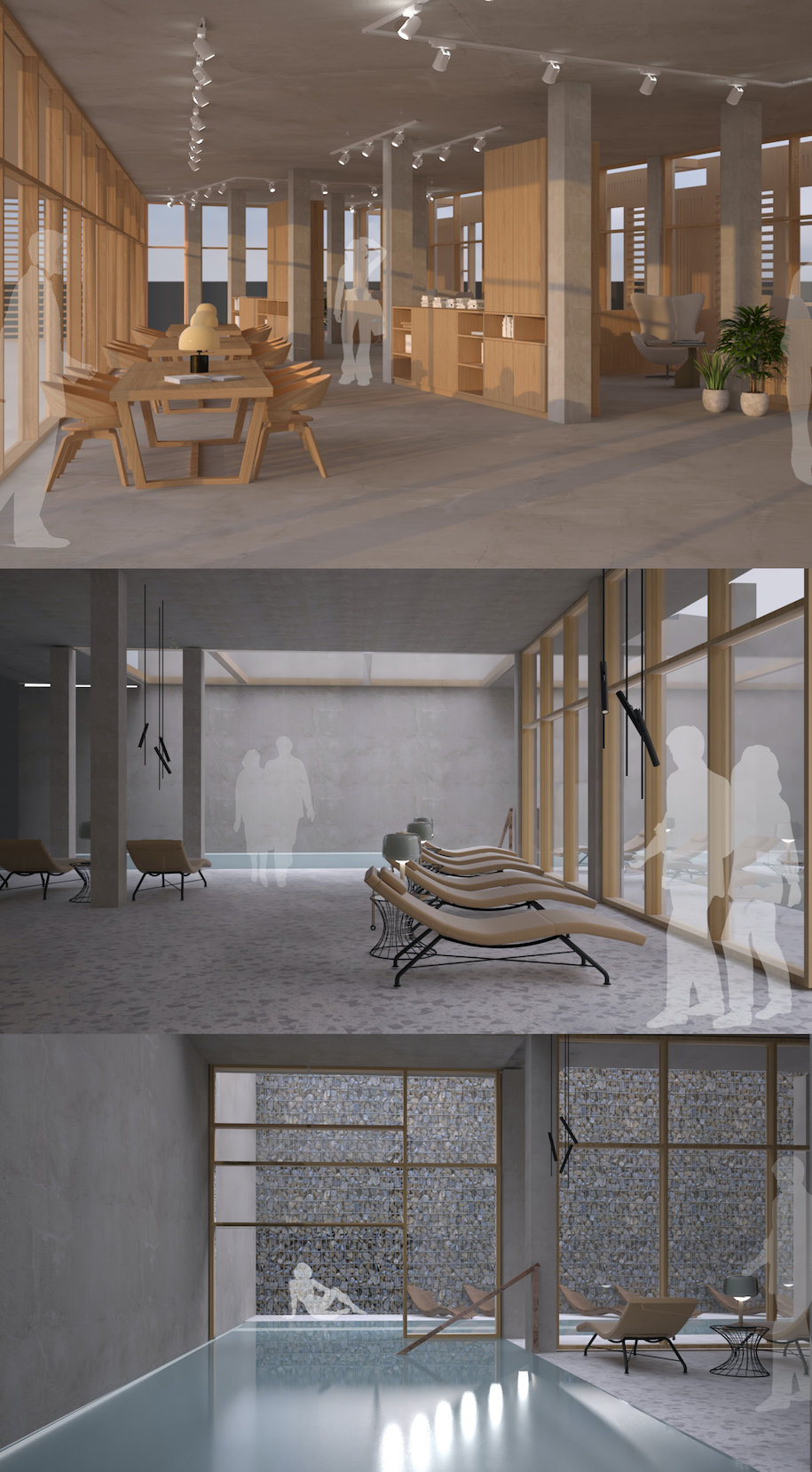 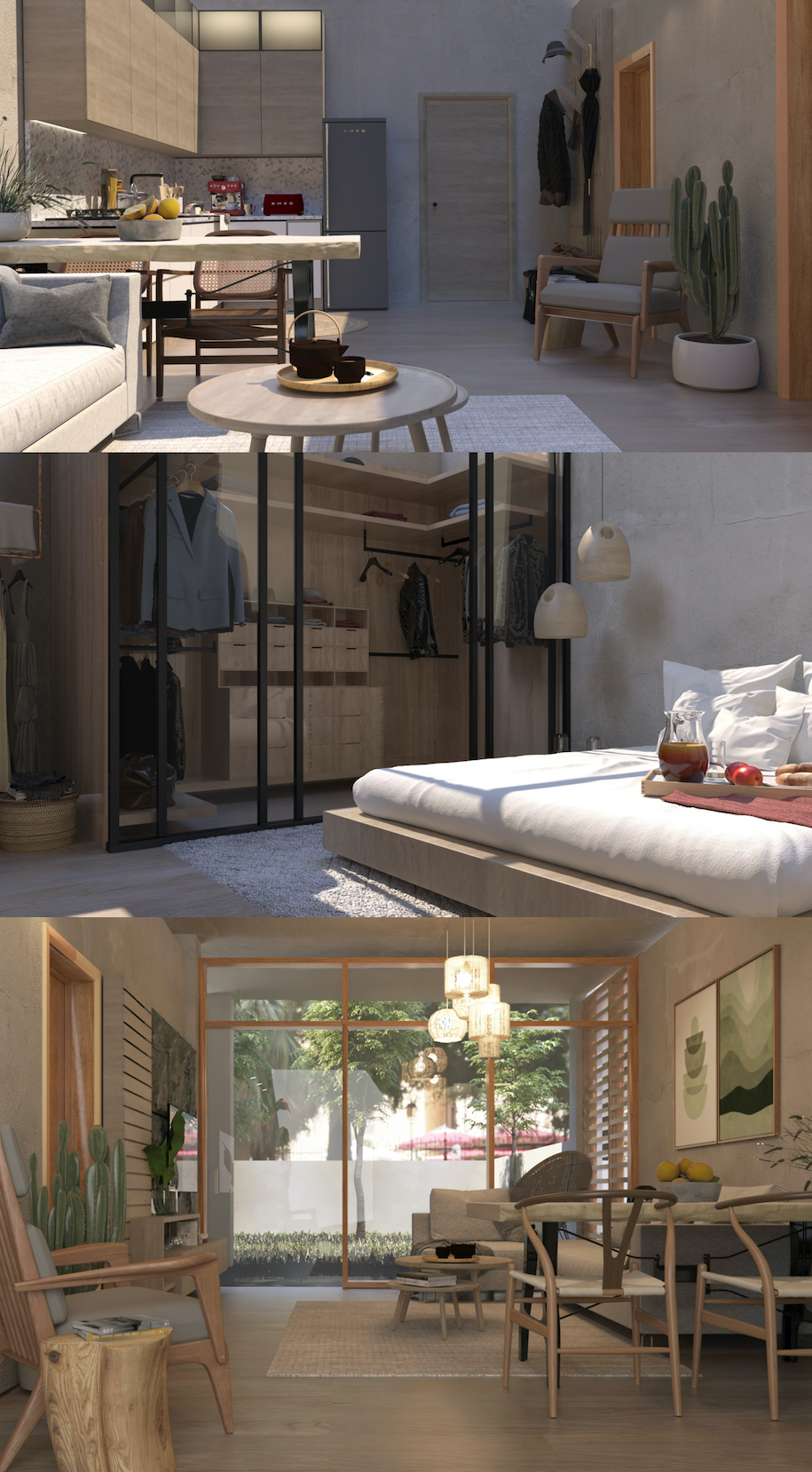