Are you open to ideas that are different to your own, or are you hesitant to expand your creativity? The way that we experience the world in big cities becomes less tangible as we get ever more digital in our interactions. Imagine if we could combine the digital with the physical world, beyond a mobile screen, at the scale of a structure. And imagine if we could revisit the way that building materials perform based on their properties. What could happen then? 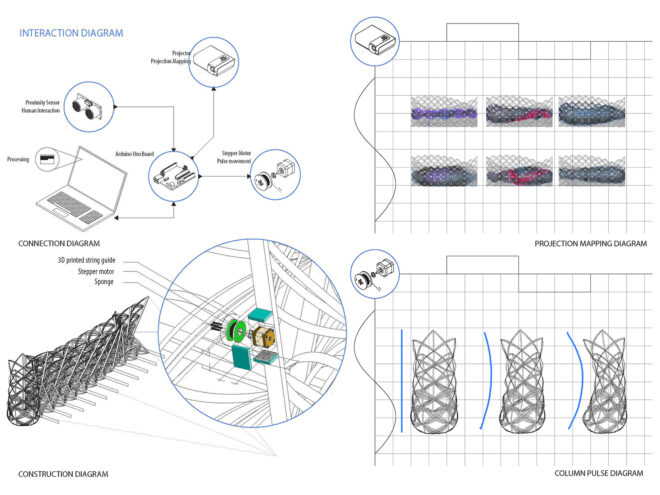 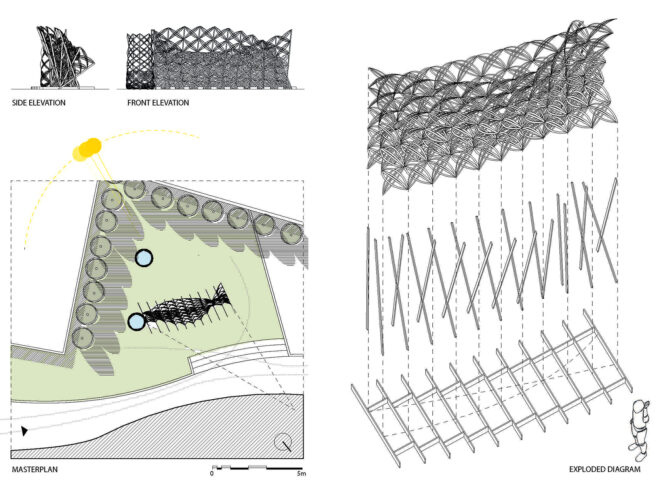 Our built environment evolves continuously, it becomes an ever more interconnected hyperspace where architecture can be fluid, flexible and vivid. During the architectural program in Athens, under the direction of Alexandros Kallegias the “RESONANCE” agenda focused on designing a structure that would exhibit notions of materiality and of visual perception. 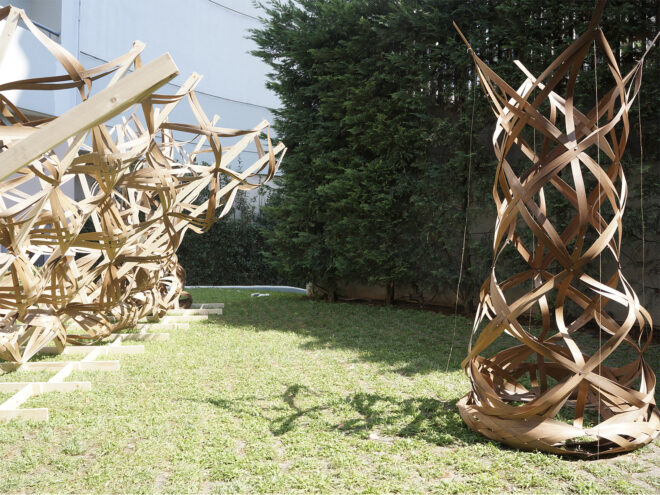 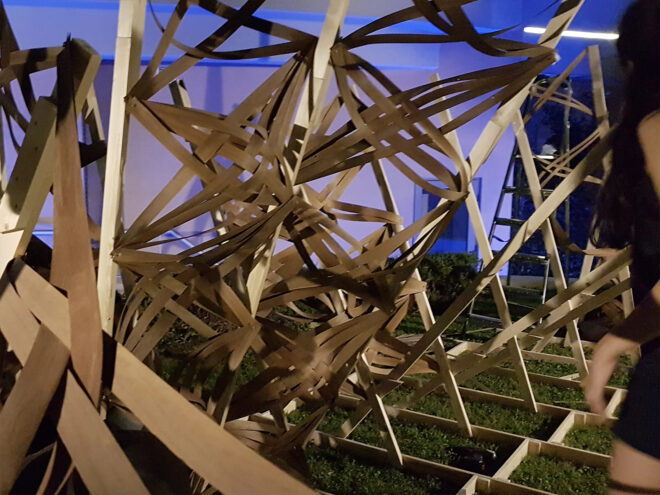 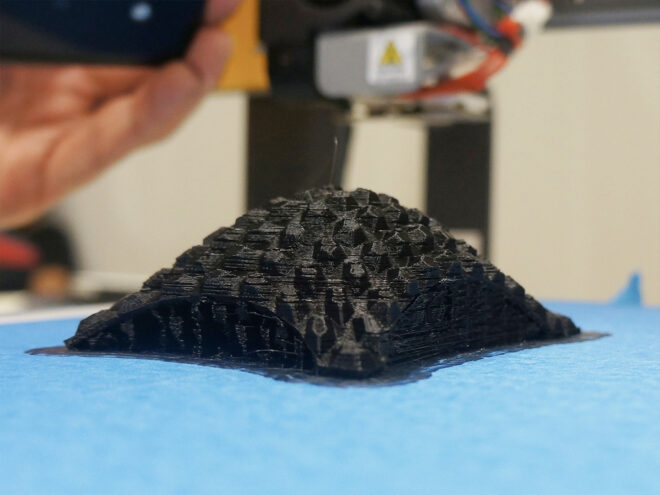 Being 2.25 meters tall, 2 meter wide and spanning a length of 5 meters the prototype WANDER was completed in a period of less than 5 days. This was made possible thanks to the commitment of the participants and their initial explorations with light-weight timber during the first phase of the program. In these explorations, the wood veneer was used to create an emerging form that driven by the natural bending tendency of timber. During the fabrication phase, the sequence of assembly was two-fold. 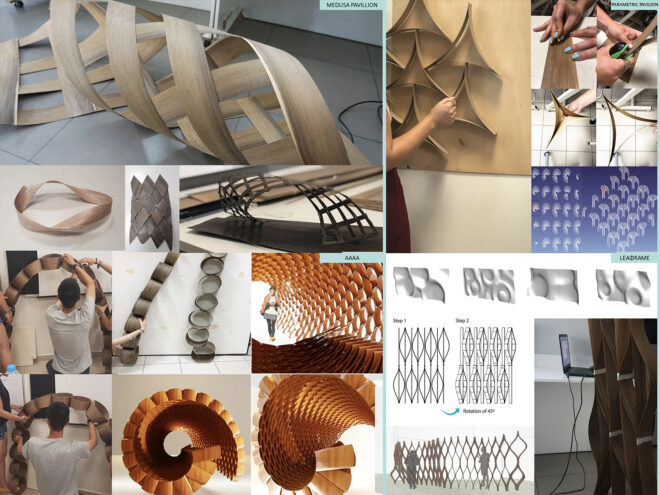 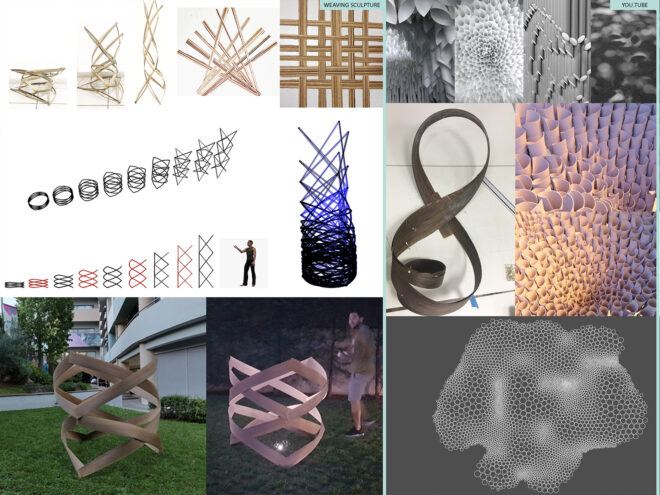 The load-bearing beams were connected separately while the flexible veneer components were pieced together into larger patterns. Finally the structure was created while fixing the two together. The partitioning system also included a set of towers that were created entirely out of veneer and were successful at being self-standing at over 2 meters tall. At the same time, an interaction setup between human and the structure was created with a stepper motor used for pulse simulation, and a projector used for projection mapping. 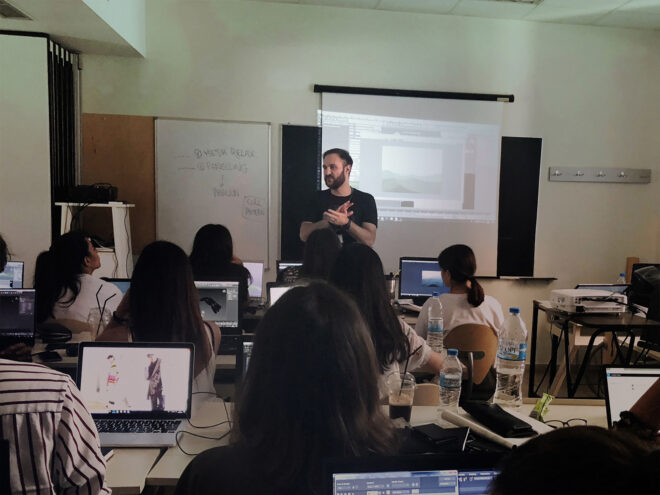 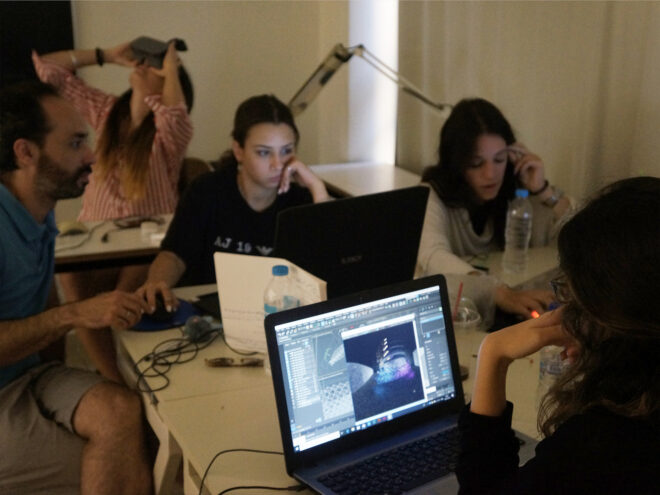 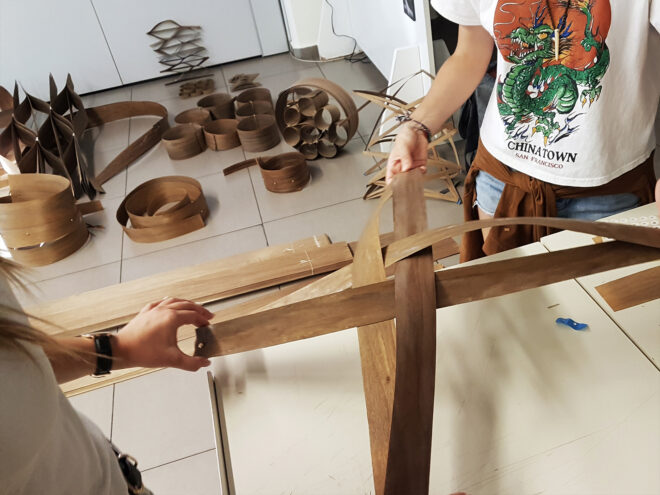 The sensor would pick up human presence and initiate a pulse through the motor. Thanks to the flexibility of the veneer, part of the structure would bend for a moment and then revert back to its initial form. Together with the physical pulse, a mapped simulated pattern would get projected into WANDER to evoke emotions through visual perception. As part of evoking emotions the studio also added a Virtual Reality (VR) component that allowed wandering around the structure from sunrise to sunset. 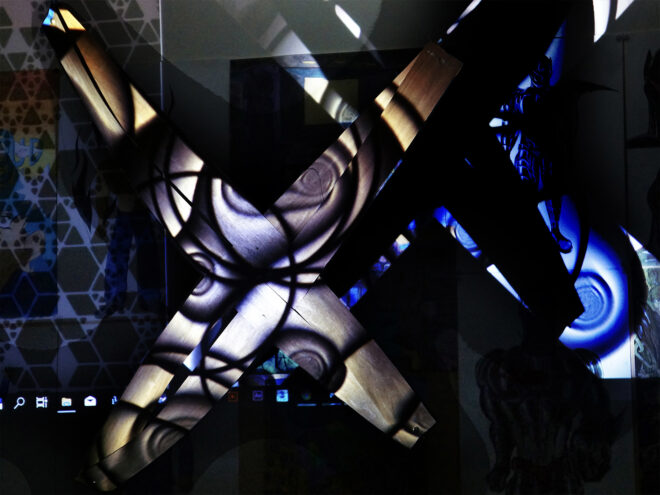 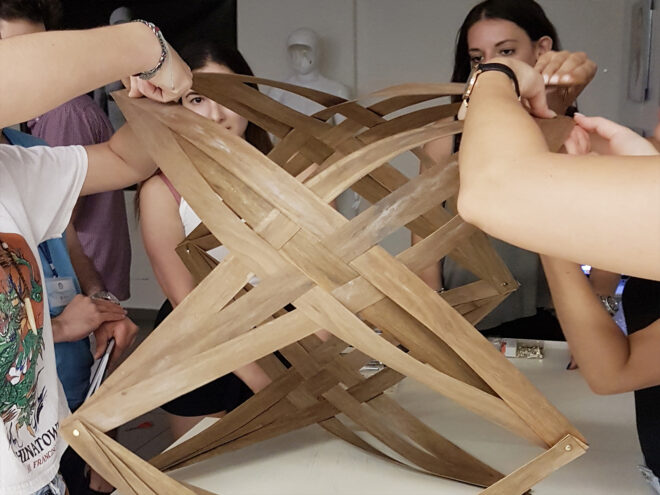 For the design and construction of our prototype WANDER, beyond the software and technical tutorials, a series of presentations and seminars were conducted on design theory and history with lectures from professionals on the topics of Engineering of Complex Geometries (by Nicolo Bencini) and of Qualitative Architectural Lighting Design (by Panagiotis Ireiotis). 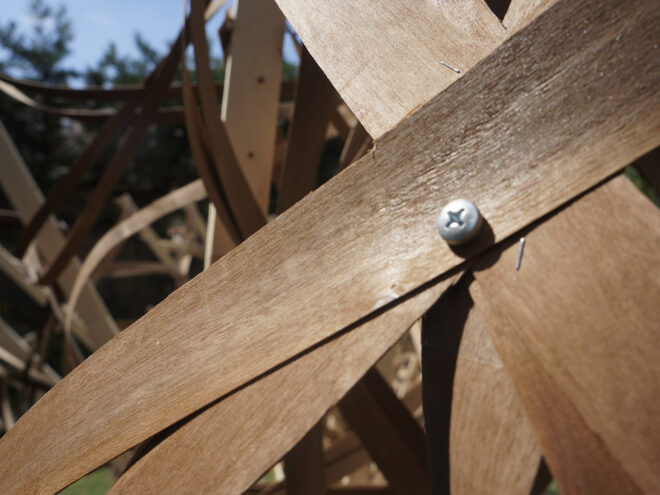 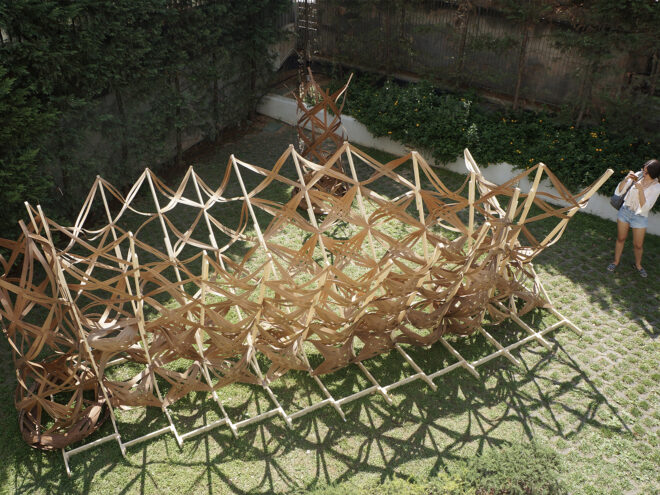 Among the topics the studio addressed the Gestalt design principles, the concept of associative modelling, the effect of perception and light, as well as aspects of material properties and the methods to change them. The architectural program was completed in the summer of 2018 as a collaboration between the Architectural Association and AKTO Art & Design College, whilst making use of the school’s studio and fabrication spaces.

by ANGELIKI ASIMAKOPOULOUArchisearchhttps://www.archisearch.gr/wp-content/uploads/11-31-370x700.jpg
SHARE THIS PAGE
WITH YOUR FRIENDS