The diploma design dissertation of Theodore Galliakis entitled “Quoting Jesus/Church Degree Zero” was presented in September 2018 at the School of Architecture of Aristotle University of Thessaloniki and was supervised by Professor Dimitris Fragkos along with Assistant Professor Apostolos Kalfopoulos. –text by the author

Quoting Jesus/Church Degree Zero, proposes the redesign of the three most necessary objects for a church to function properly; the seat, the altar and the cup.

The Eucharist is considered the centre of the Christian life, keeping alive the tradition that Jesus himself instituted during the Last Supper. According to the texts of Jesus’ students, nothing is mentioned about the need of a certain space for the believers to gather and participate in the Holy Communion.

After a long research on the Greek orthodox church and the objects one can find in them, the necessity of re-launching the church’s design path by setting a new point Zero today, came naturally. 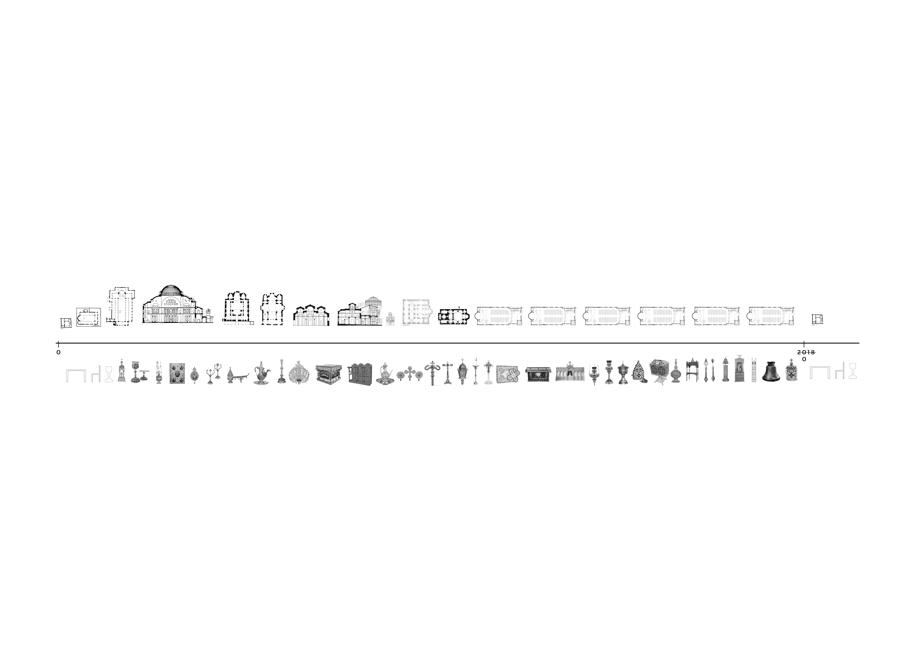 While space is more flexible, in order for the Eucharist to take place, it is necessary to have and design the most necessary objects for this purpose, namely the cup, the altar and the seat.

For the design of the seat, in clear reference to Matthew’s phrase “For where two or three gather in my name, there am I with them”, I developed a connector with two parts, one male and one female, from one seat to the other, so that one end of the bench needs at least one more to be able to stand and function. 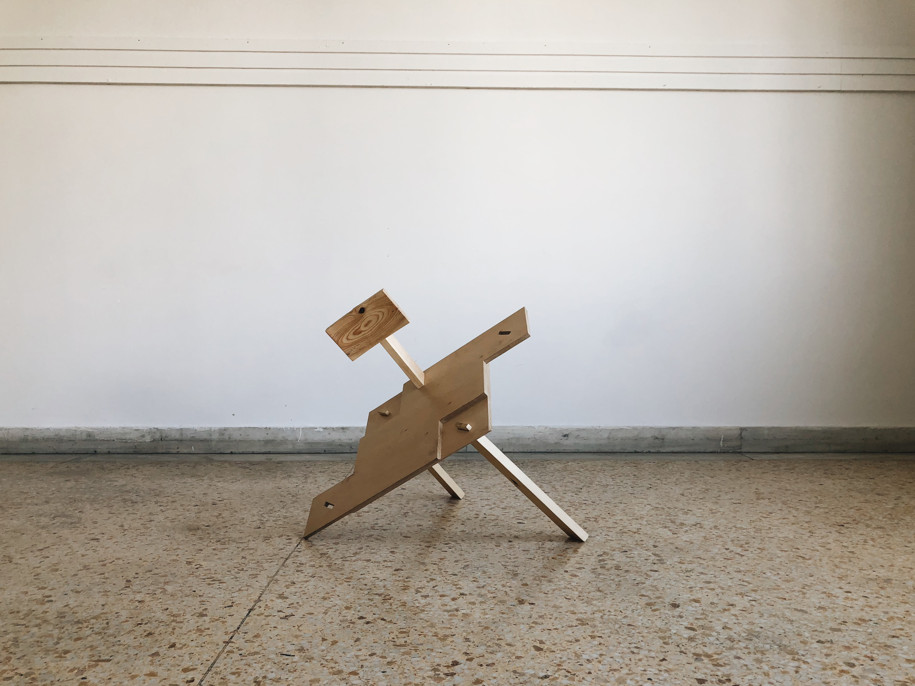 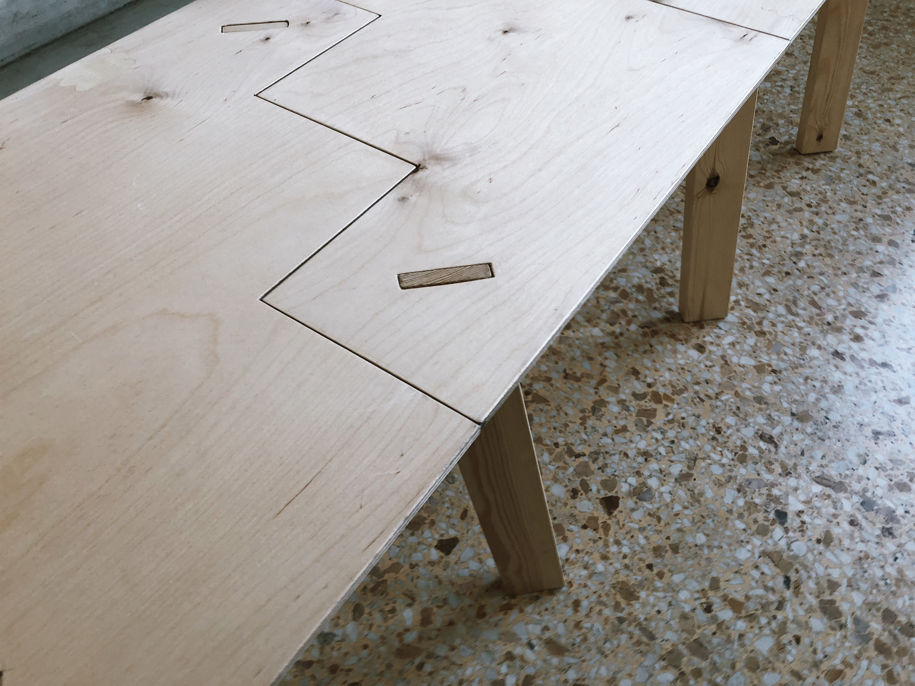 At the same time, there is the possibility of more additions between the two extremes, in order to host countless believers in a row. Pine wood was used as a material that is worn down in time. 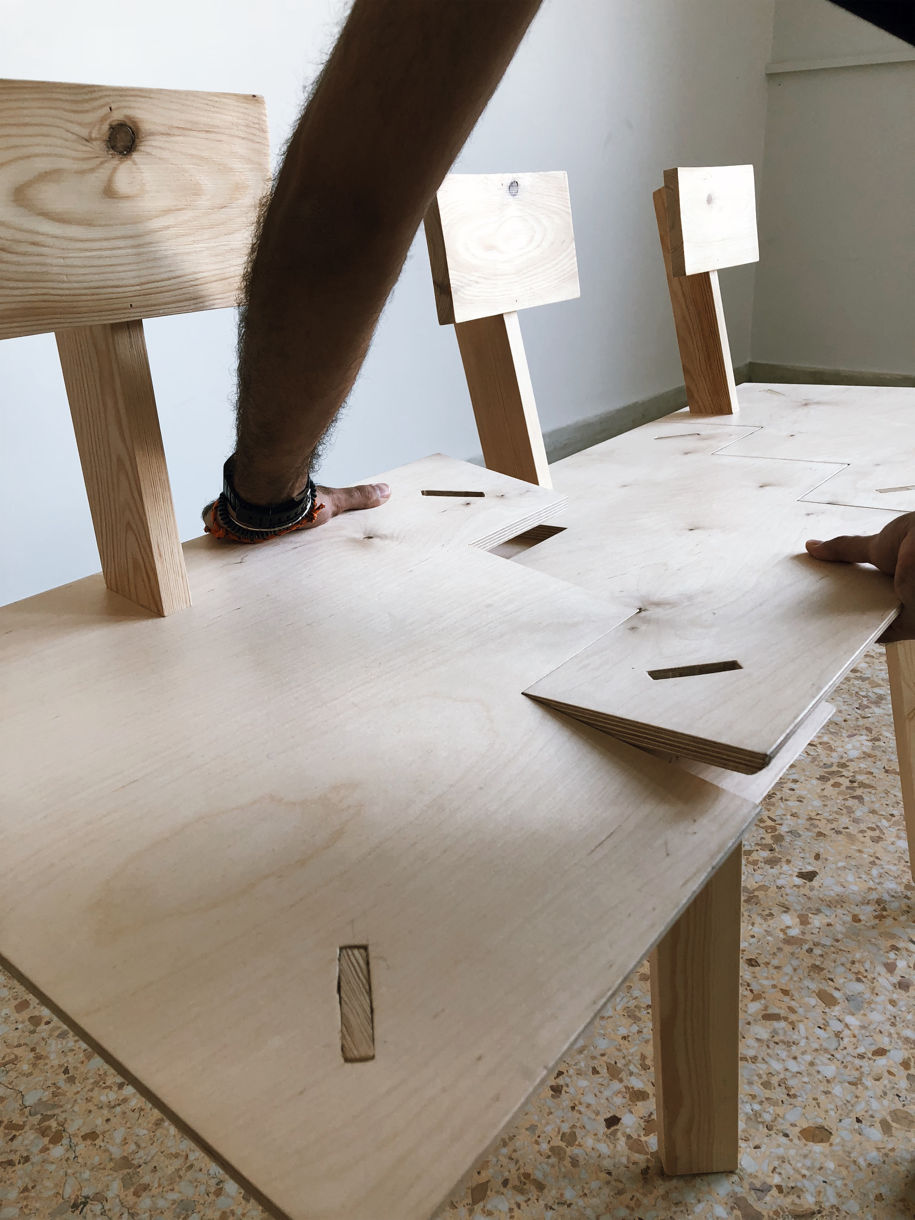 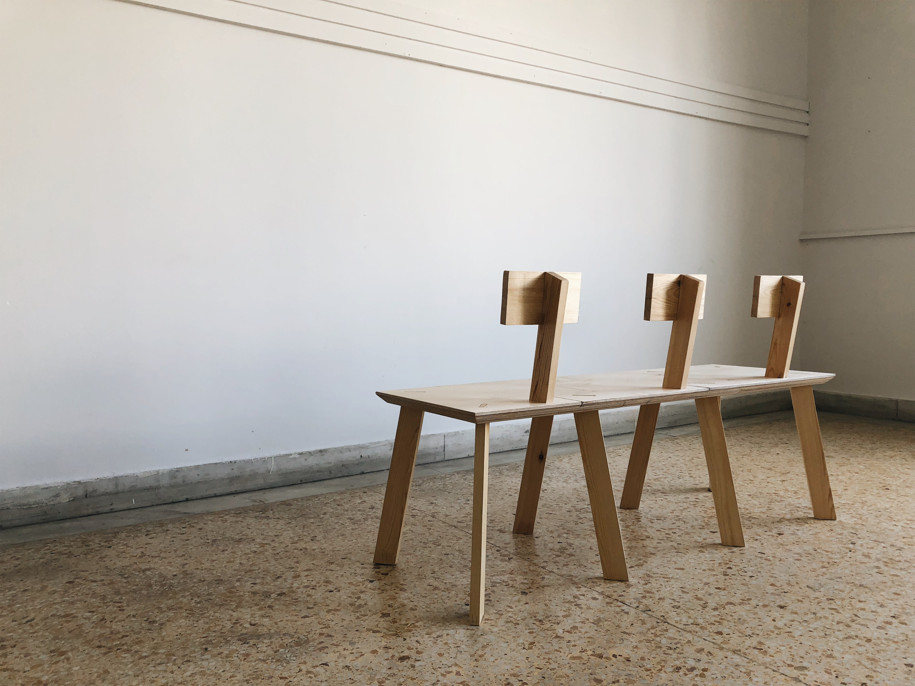 For the design of the altar, in order to produce this monolithic black box, I used expanded polystyrene to make it easy to carve.

The material was chosen because of its interesting construction process, as each polystyrene bead is steamed and it expands to almost 100 times their original volume. After that, the combination of steam and pressure causes the beads to naturally stick together, thus making a one-piece polystyrene block, a single body. 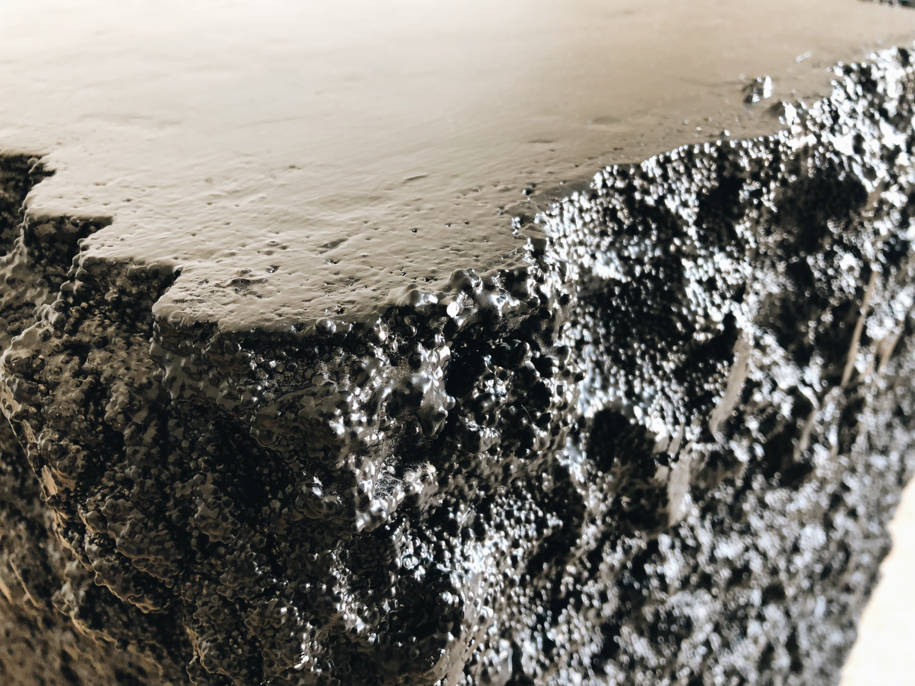 In the end, I applied epoxy resin on the polystyrene block to give it an almost bulletproof resistance and then I painted it with black epoxy colour which is ideal for sanitary use. 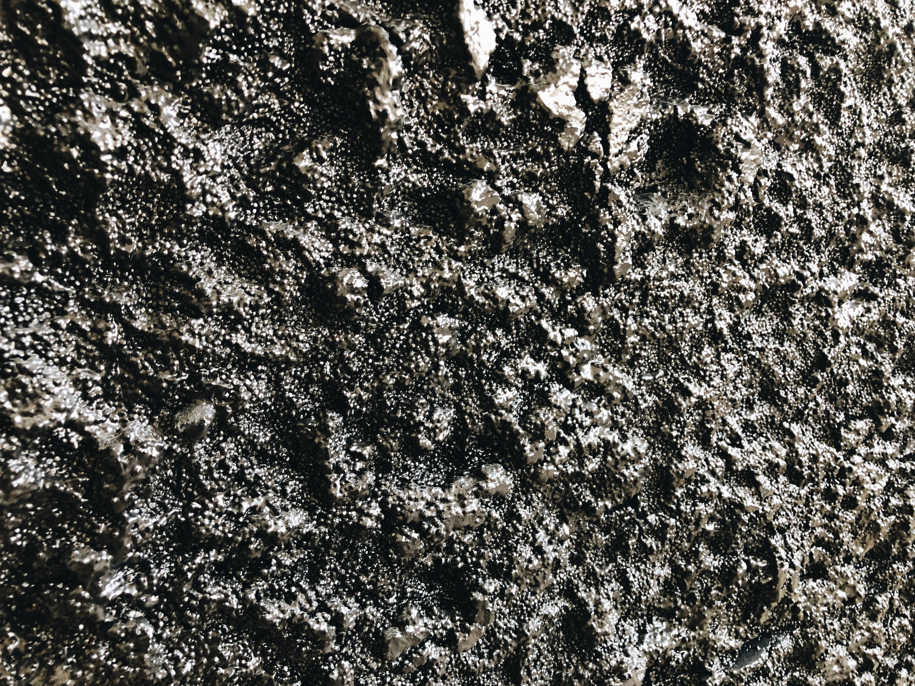 Finally, for the chalice, I produced a white-red marble cup full of triangular surfaces. Keeping certain forms in mind and feelings that I wanted to cause with that particular object, I ended up in this form with the flame-like finishes.

The movement changes as the priest with his two hands, places the cup in the hands of the believer, who then receives the “body and blood” of Jesus Christ, while choosing from where to drink and how much.

The cup is placed on a triangular hole on the surface of the altar. 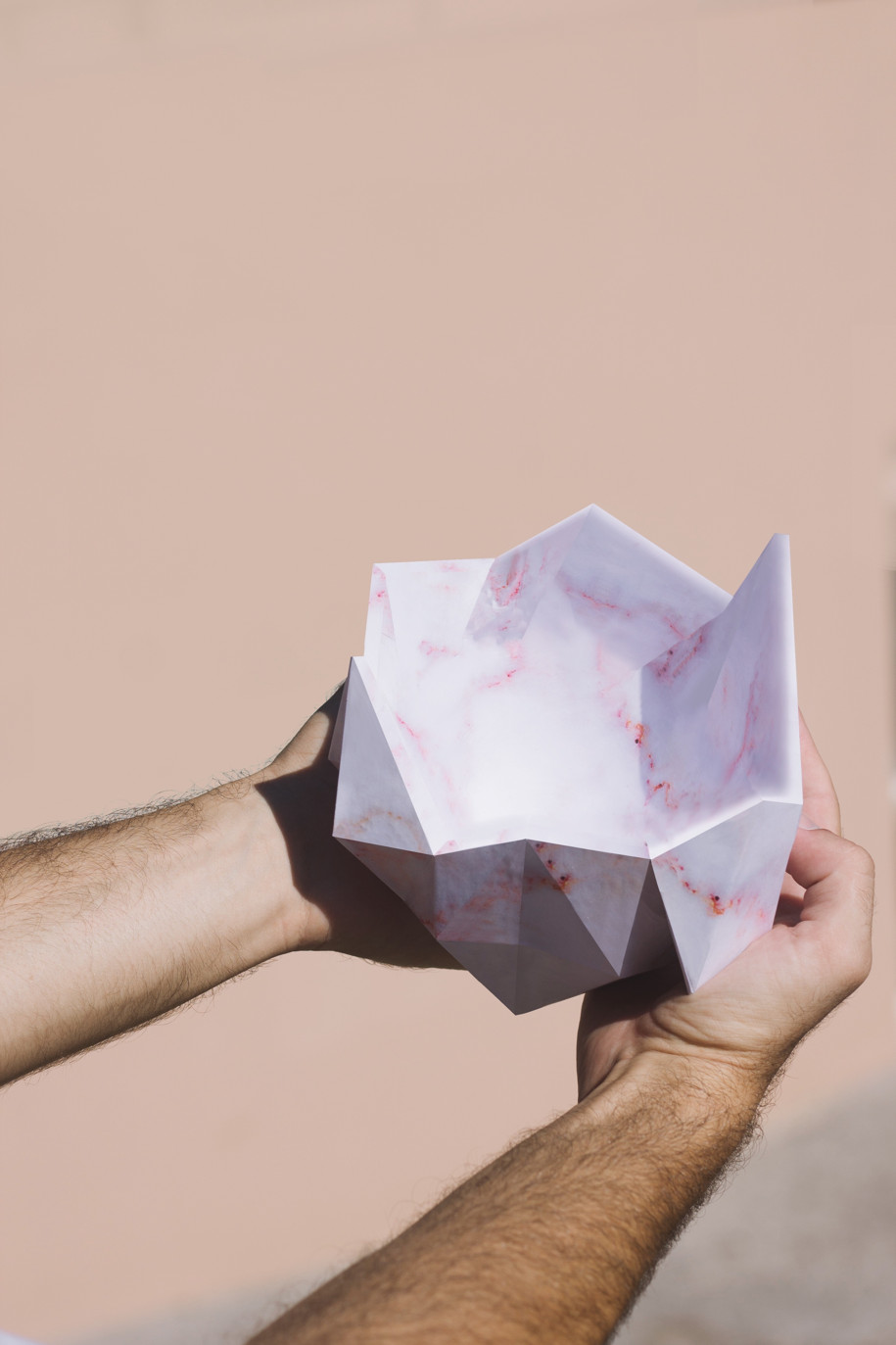 Islands of Urbanities: the case of Varosha | Diploma thesis by Georgia Maria Drakou

by MELINA ARVANITI-POLLATOUArchisearchhttps://www.archisearch.gr/wp-content/uploads/GRA_Drakou_Georgia_diploma_thesis_image_22-1-e1596838813450-370x700.jpg
SHARE THIS PAGE
WITH YOUR FRIENDS