Student work by Stelios Rafael Sakellarioy aims to create a new archipelago of redesigned conditions along the dock of Gounari street at the old Patras port. 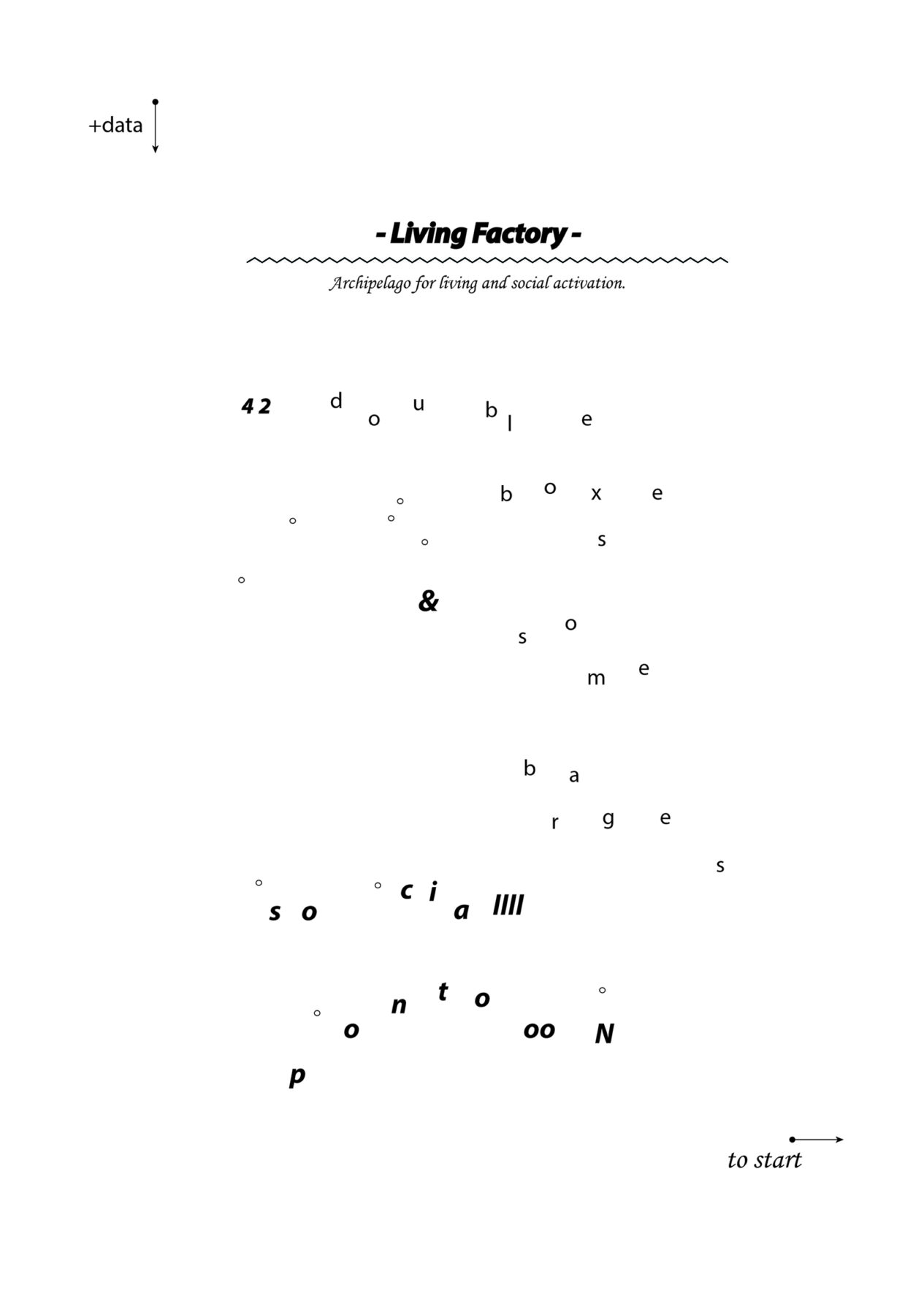 The designing method followed two separated processes, the one of mapping and listing the existing industrial infrastructures of the region and the creation of a new residential building for about 72 new residents. 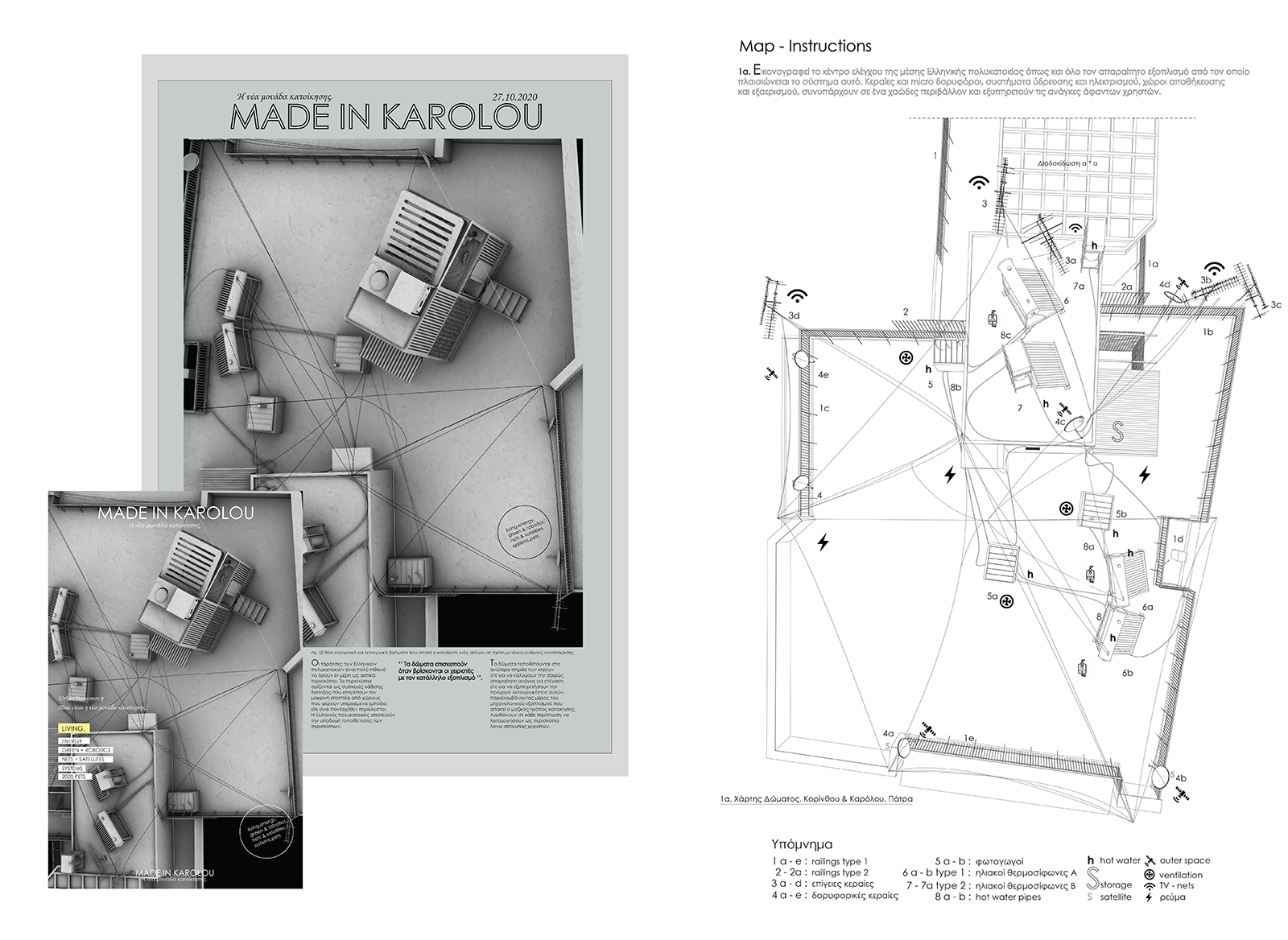 The inceptive strategy started with a detailed recording of the common industrial equipment the rooftop of a typical Greek apartment block has, at the early start of our semester as part of my study for the scenario of living in a small room at the top of such a building. In the second step, the analytical mapping of the area formed the main asset for identifying each  structure and building in their current condition in order to take decisions regarding what was about to be preserved and what would be isolated to pave the way for a new building addition. 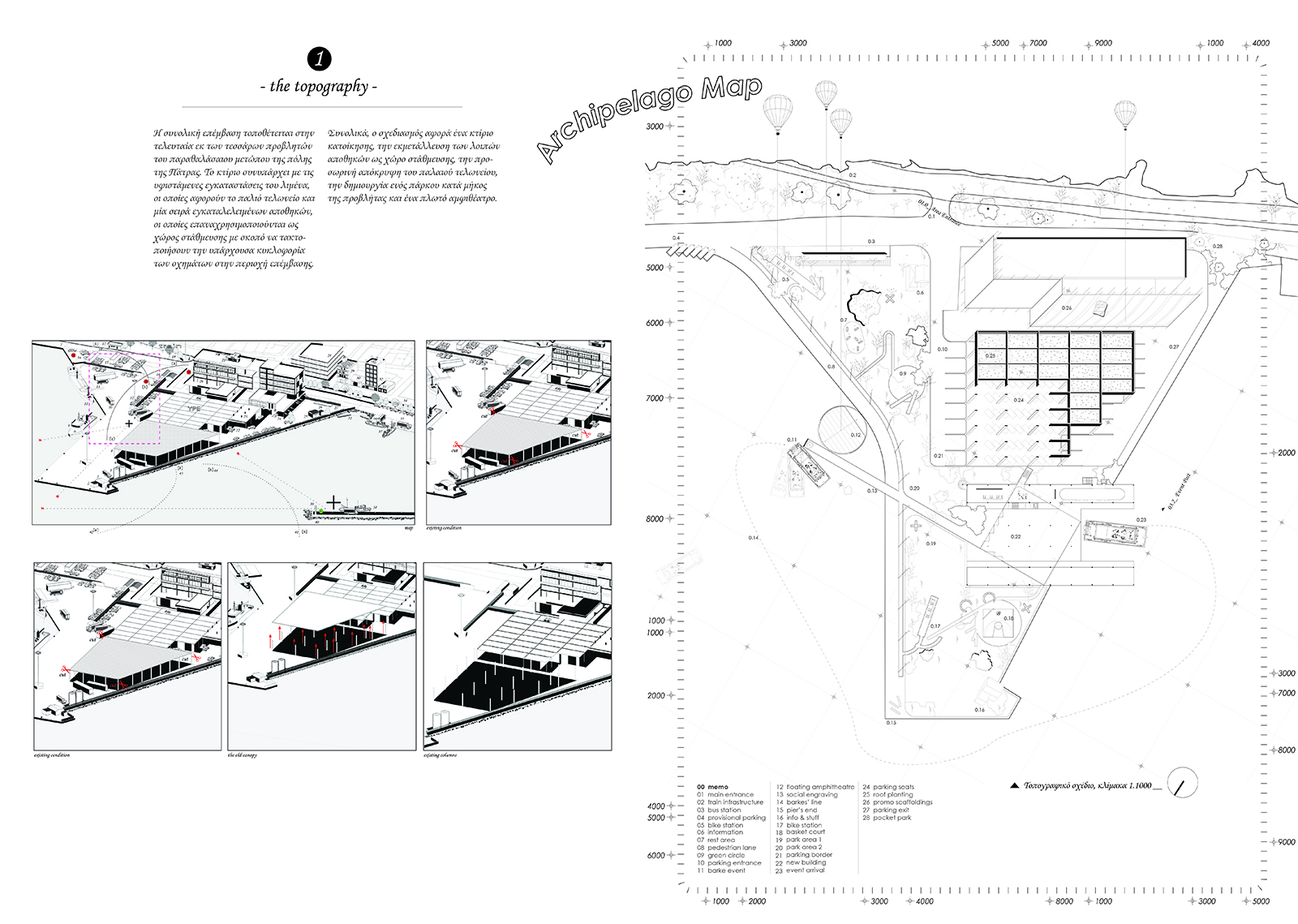 I decided to maintain the old Patras customhouse as brutal landmark for the area and the first warehouse just in front of the customhouse as a space for reorganizing the current problems of car parking and storage, functions that now are dispersed along the acreage of the pier. That would free the space for creating the park. 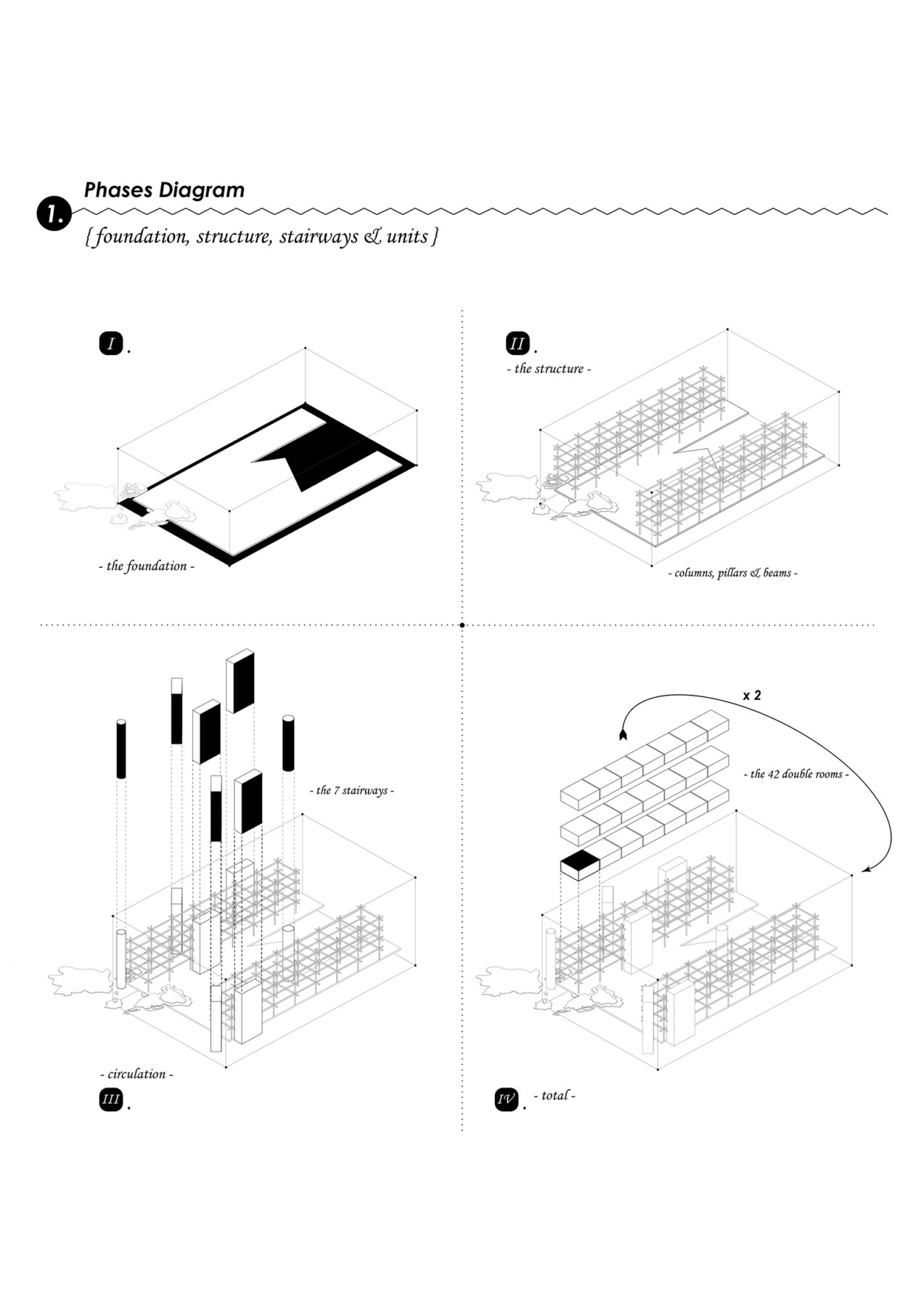 So, having already decoded every single point of interest at the pier, the next step was to place the new building in its position. I placed it directly in front of the old customhouse but leaving in between the old warehouses creating a sufficient distance for the two structures. The rest of the dock constituted space for a rather big double green park with several point to point ephemeral interventions that would activate the forehead of the port using equipment such as old existing pontoons even floating docks, bike and bus stations, pavements both for biking and walking and nature. 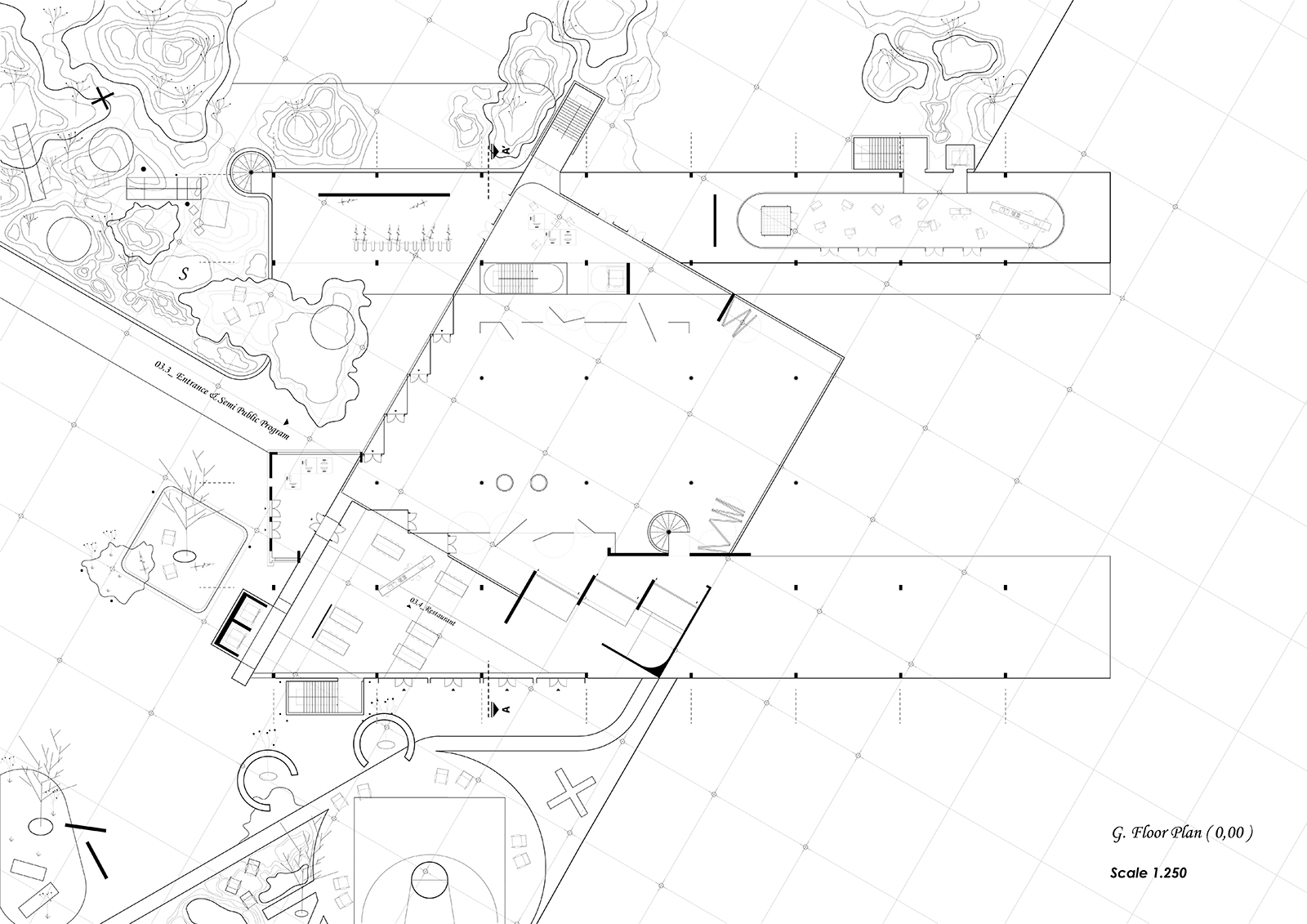 The building itself consists of four main phases: 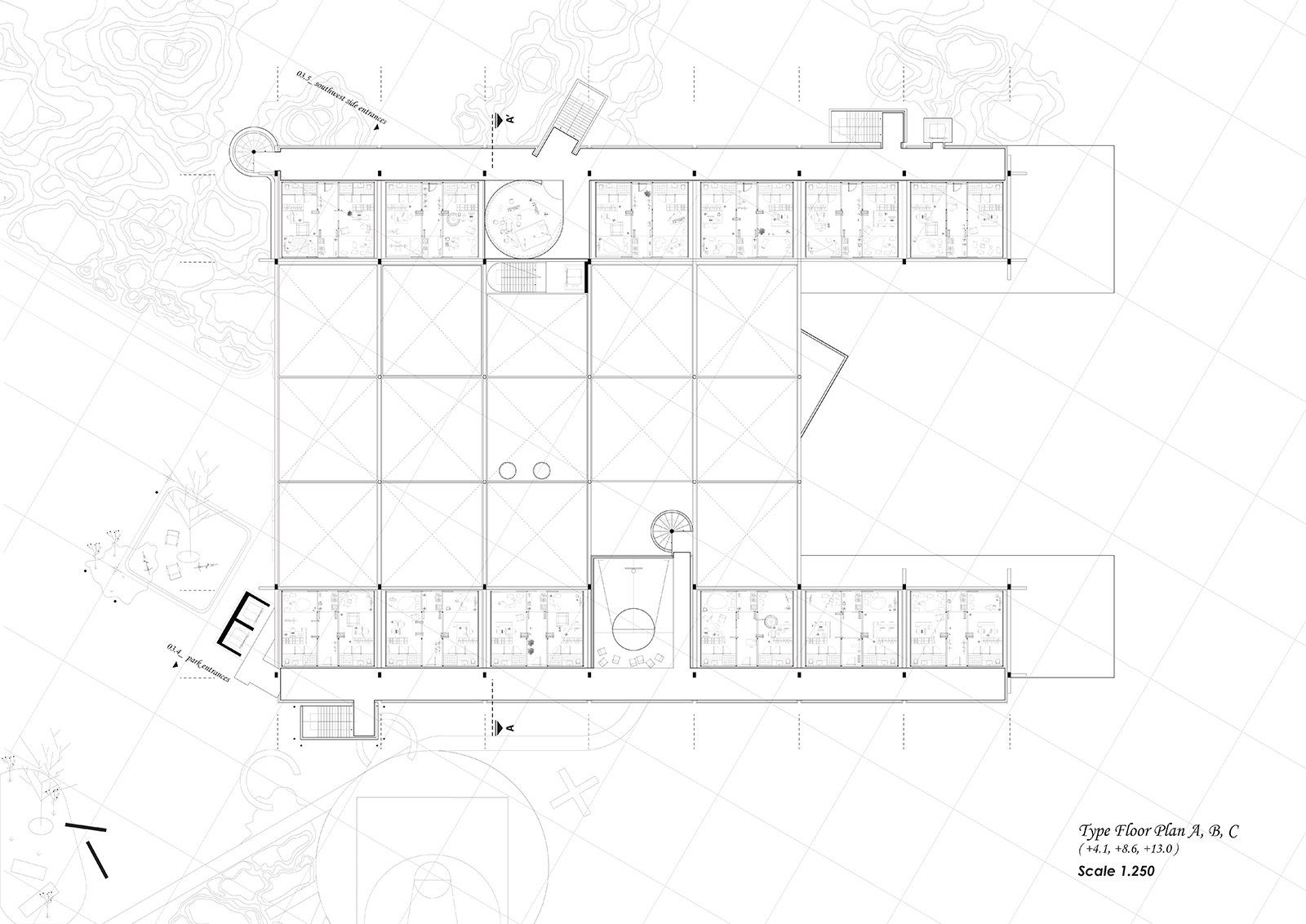 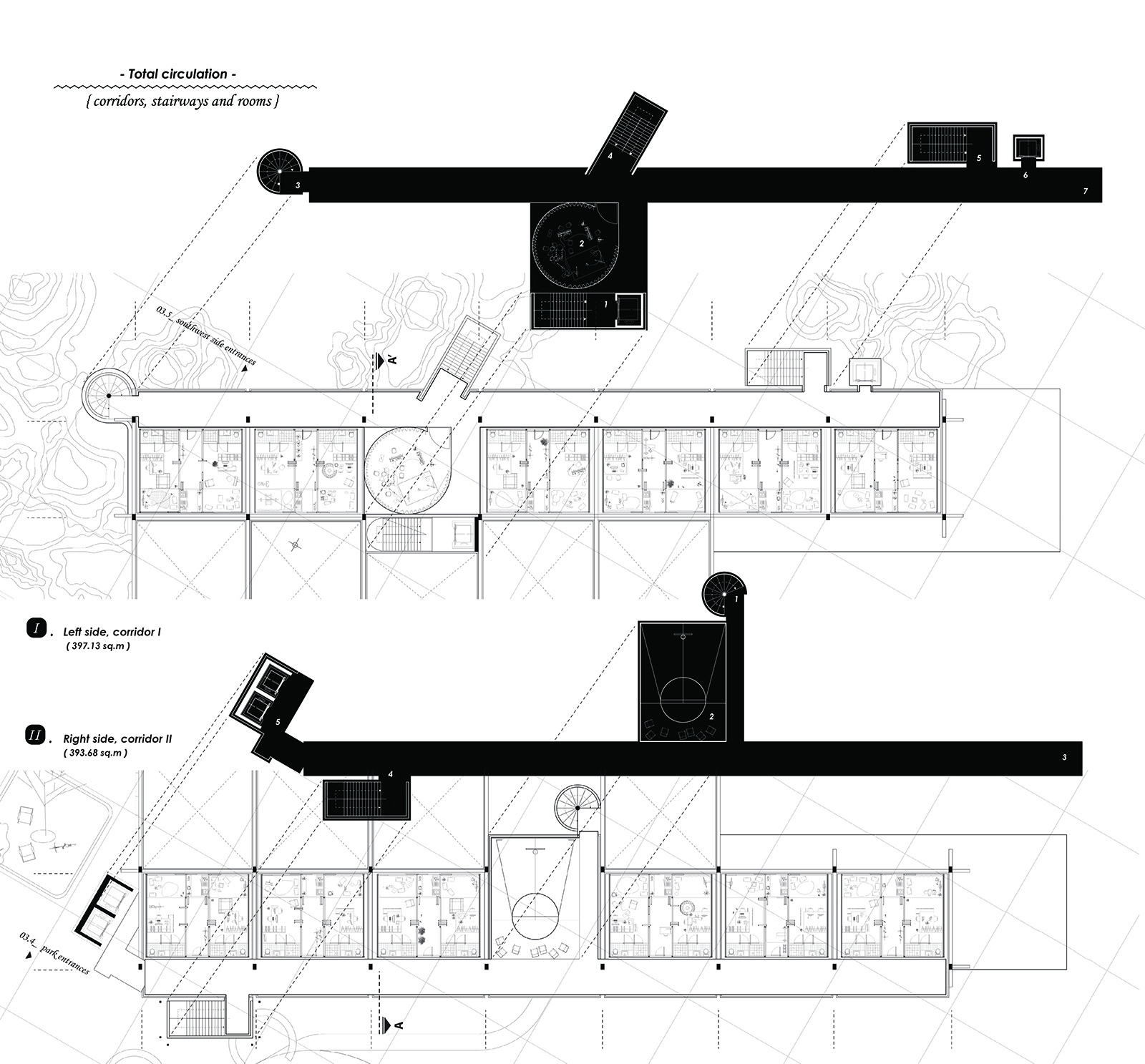 Analysis and anatomy of the building

The general floor plan of the building bares 3 different spaces that are merged down together with the help of a rectangular engraving. The rectangle is dealing both with the lush nature invading from the left and the forehead to the sea and the water. Two long corridors on either side of the rectangle are spotted creating space for bike parking, information, study, rest or food. There are 7 stairways at specific points that serve the handstand circulation. 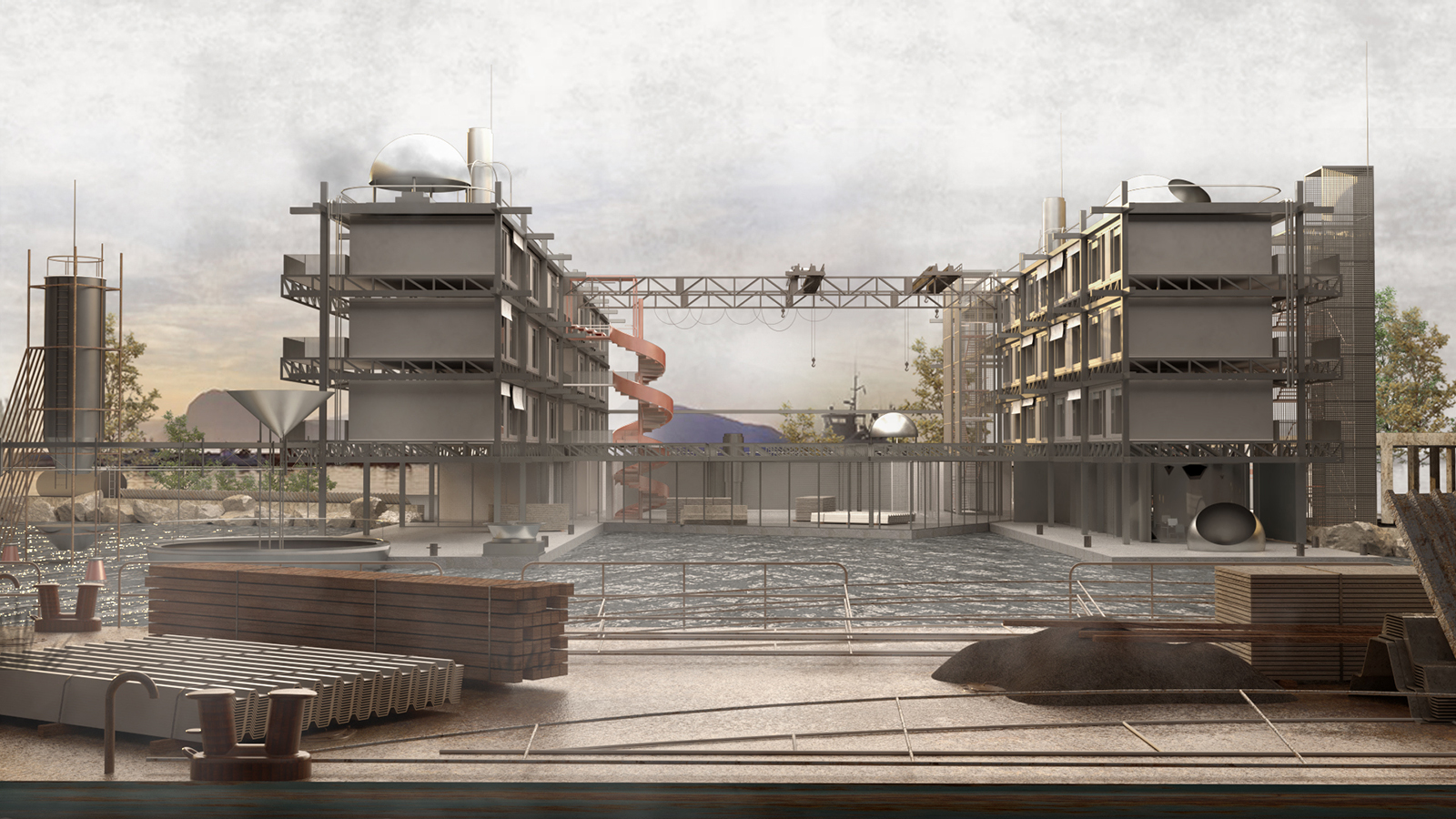 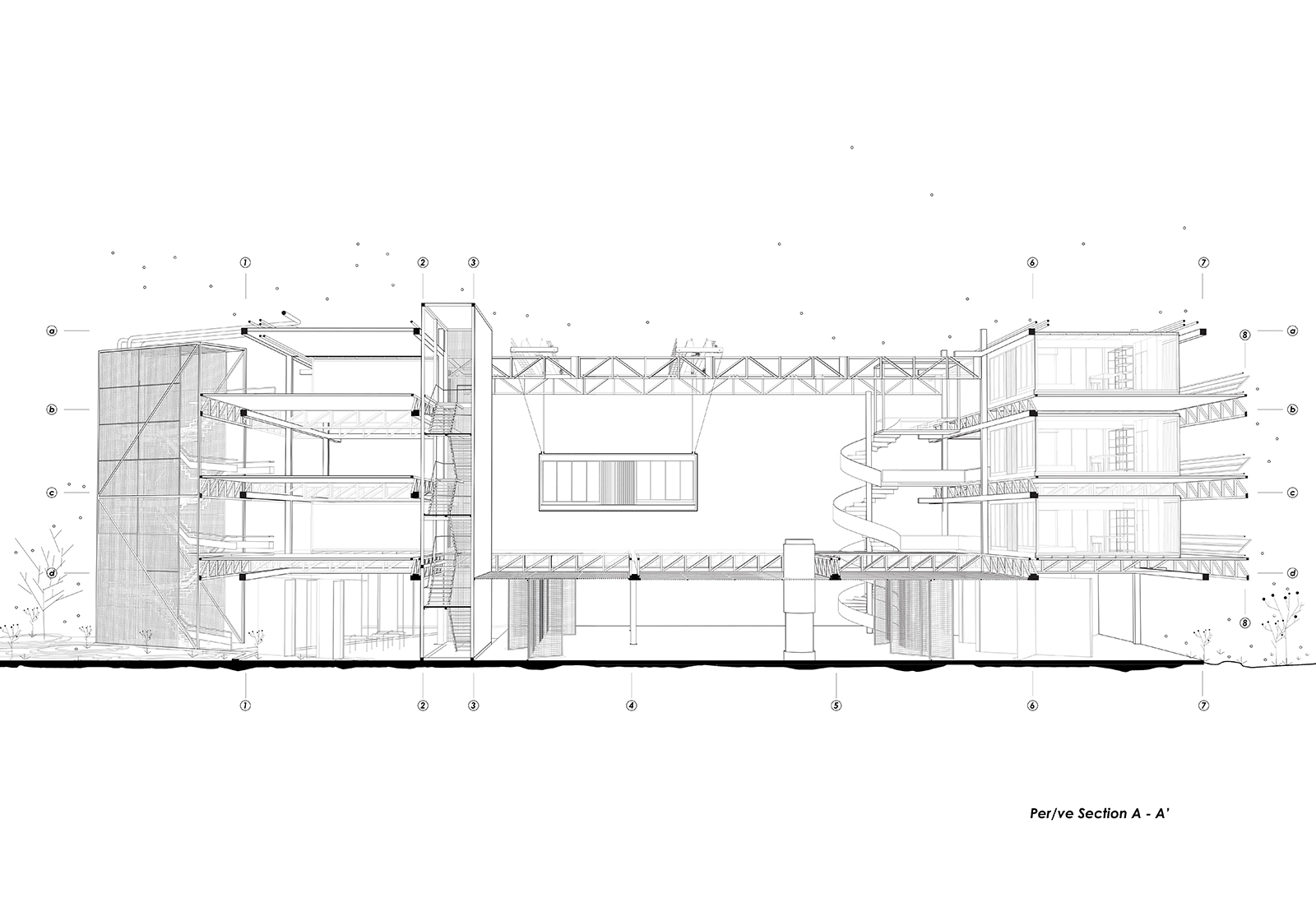 Leaving the first floor plan, each of the upper levels consists of 12 double box rooms and 2 corridors that control the horizontally circulation. Moreover, the linearity of the rooms is being broken into, in order to create space for better operation for the stairways or the creation of several micro events between the living levels. 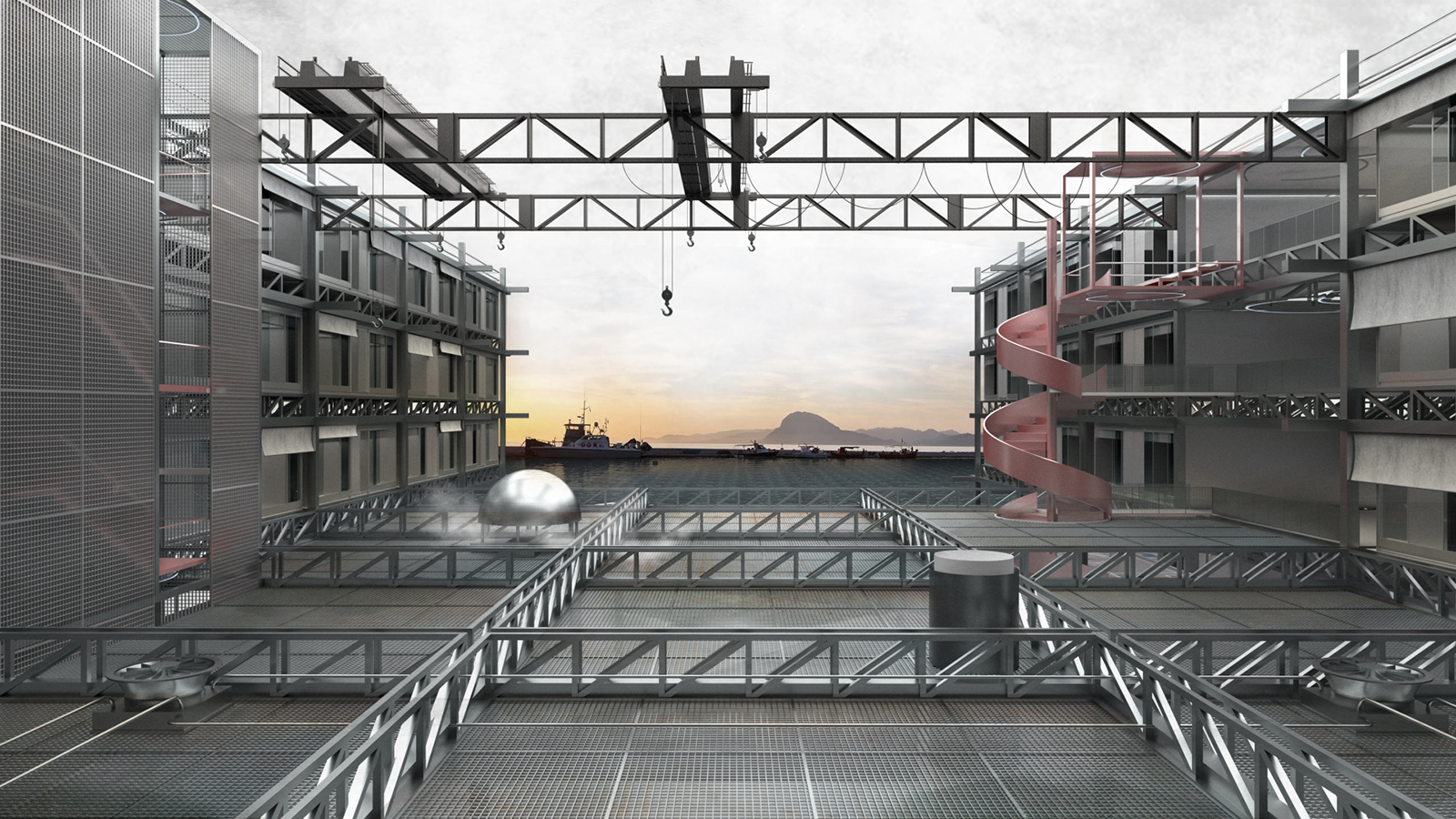 In order to design the room, I created a catalog that insults and records 8 different conditions of our common life. These are psychology issues regarding living, relationships, friendships, entertainment, economy, energy sources, nutrition and free time aiming to brainy imagine the adaptation inside the room and how co-living would enhance those values in our current living period. 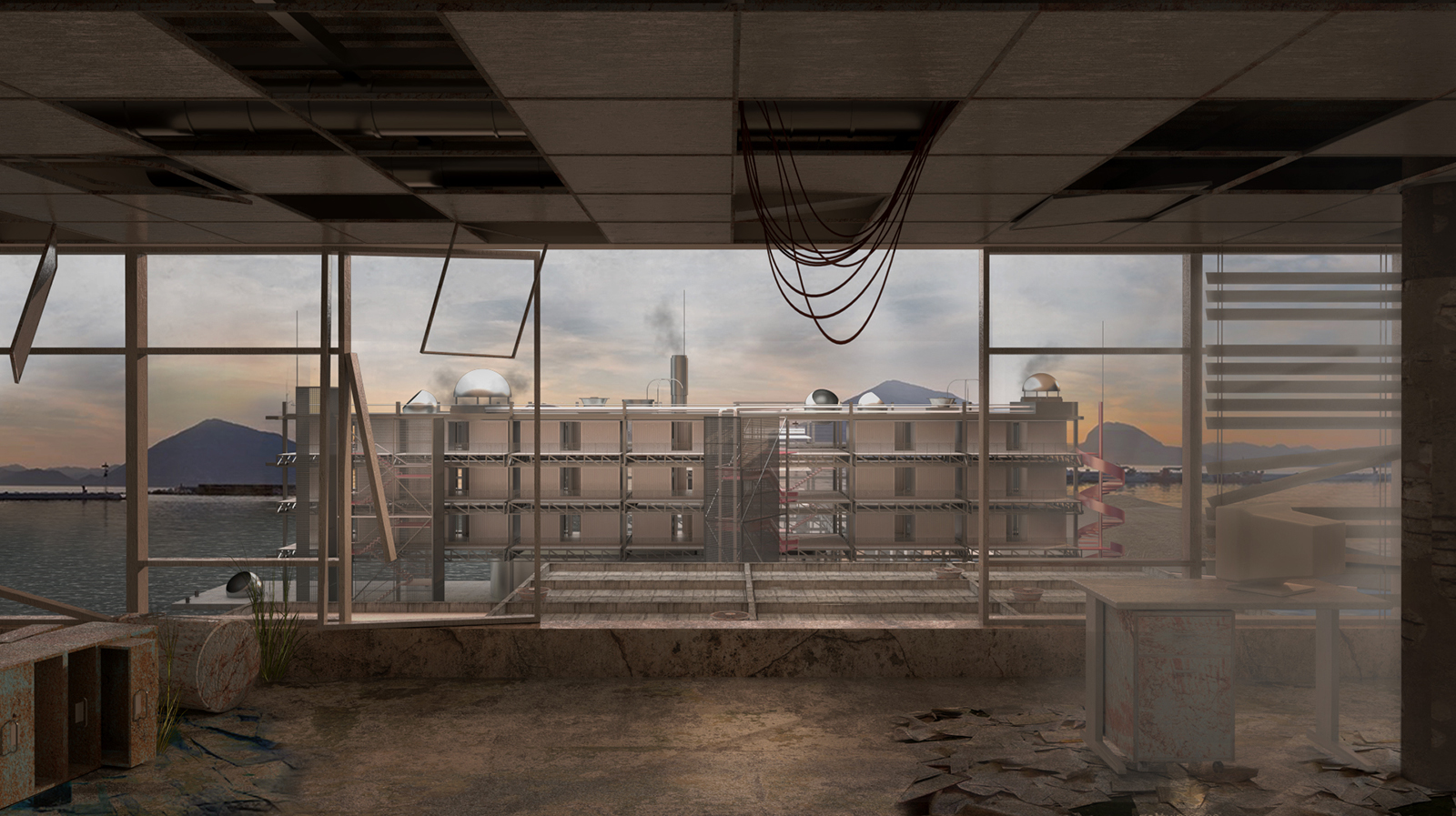 by ELPIDA ROIDOUArchisearchhttps://www.archisearch.gr/wp-content/uploads/00_cover-370x700.jpg
SHARE THIS PAGE
WITH YOUR FRIENDS