Located in the heart of Hackney Wick, London’s industrial district turned cultural and creative hub, 115-119 Wallis Road is a property development and regeneration project consisting of affordable workspaces, retail and apartment buildings proposed and designed by London-based architecture firm Pollard Thomas Edwards. Facing the challenge of convincing the sceptical local community of the project’s necessity, as well as raising awareness of its regenerative aspirations, Pollard Thomas Edwards put together a design team led by creative director Nikos Georgopoulos, best known for his narrative based identities, to devise its visual identity, strategy and communications.

Inspired by Hackney Wick’s transition from industry to creativity, Georgopoulos decided to establish the regeneration of 115-119 Wallis Road as a ‘cultural moment,’ instead of just another new development. “It made sense not to produce something slick on this occasion, because there is nothing slick about the location and the personality of this neighbourhood,” Georgopoulos tells us, “and that is brilliant. That’s what is exciting about this place. Not everything is meant to be shiny and clean.” 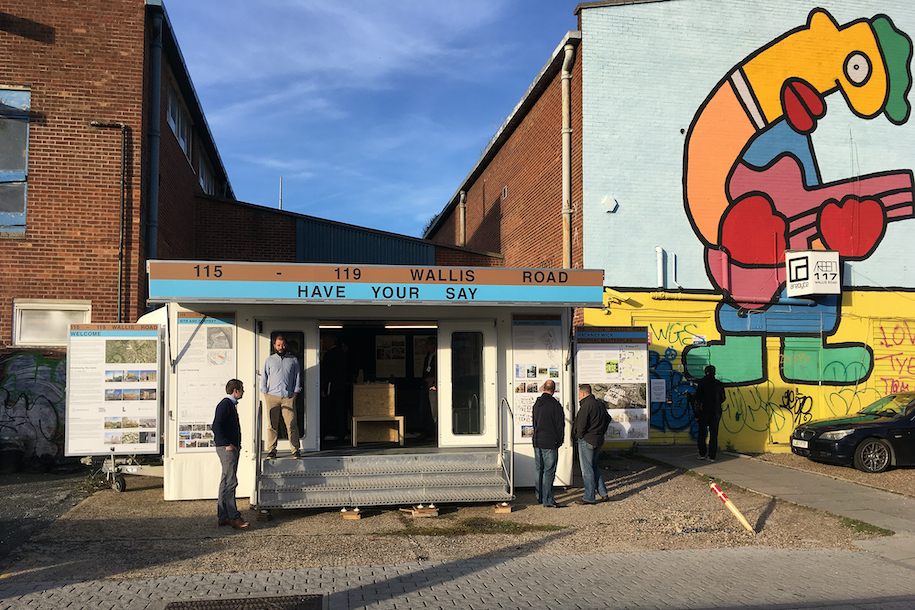 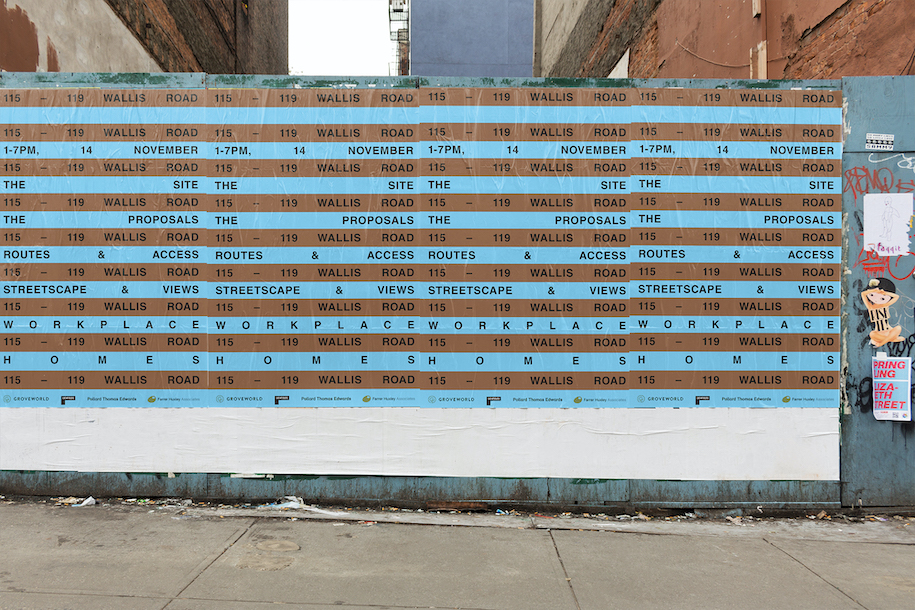 Intentionally avoiding any of the slickness typical to new developments, Georgopoulos’ solution instead builds upon Hackney Wick’s plethora of music festival posters and their bold repetition of colour. An aesthetic decision made with the desire to first and foremost resonate with the sceptical local community, he explains that “people perceive regen projectsas the beginning of social cleansing and gentrification of their area. So having something slick, that you’d expect to see in South Kensington, for example, would probably signal the wrong message.” 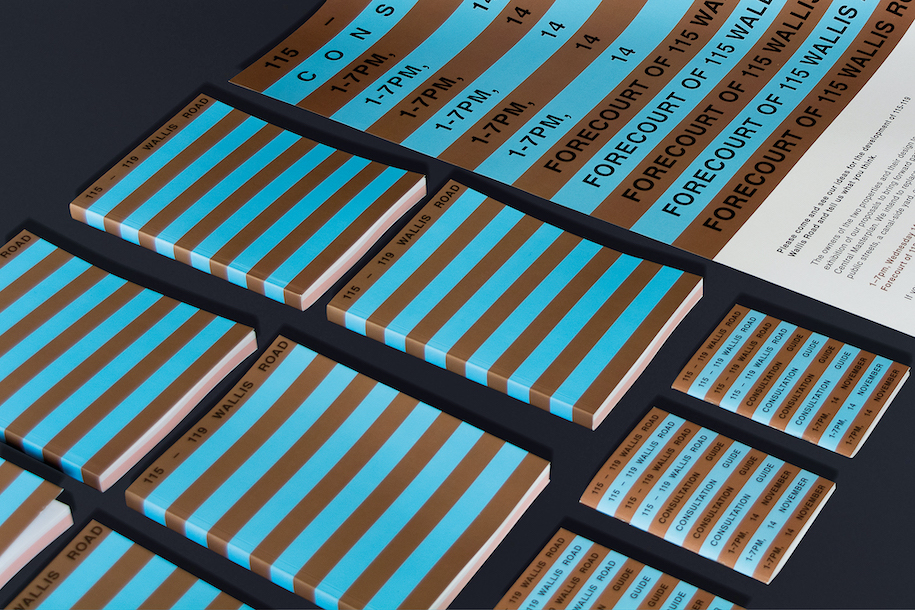 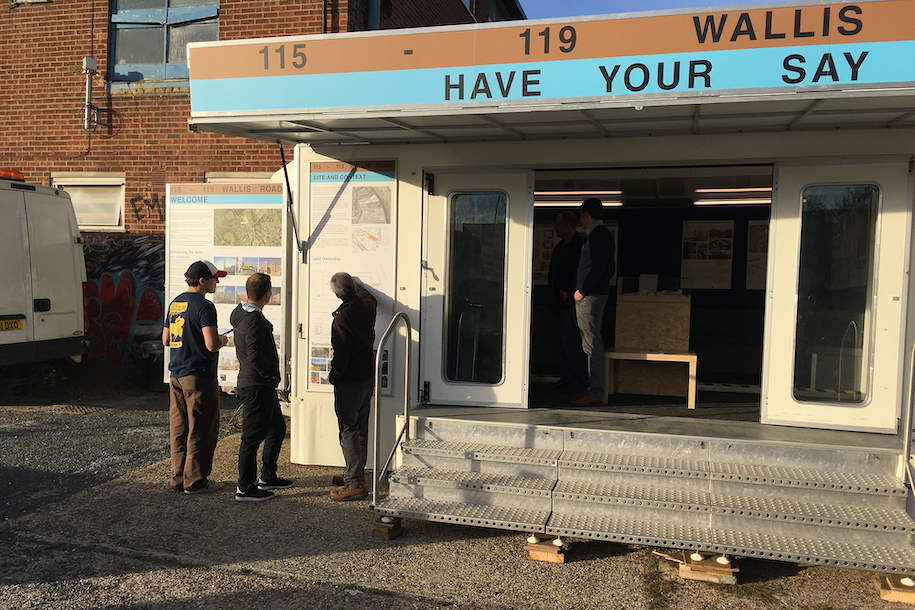 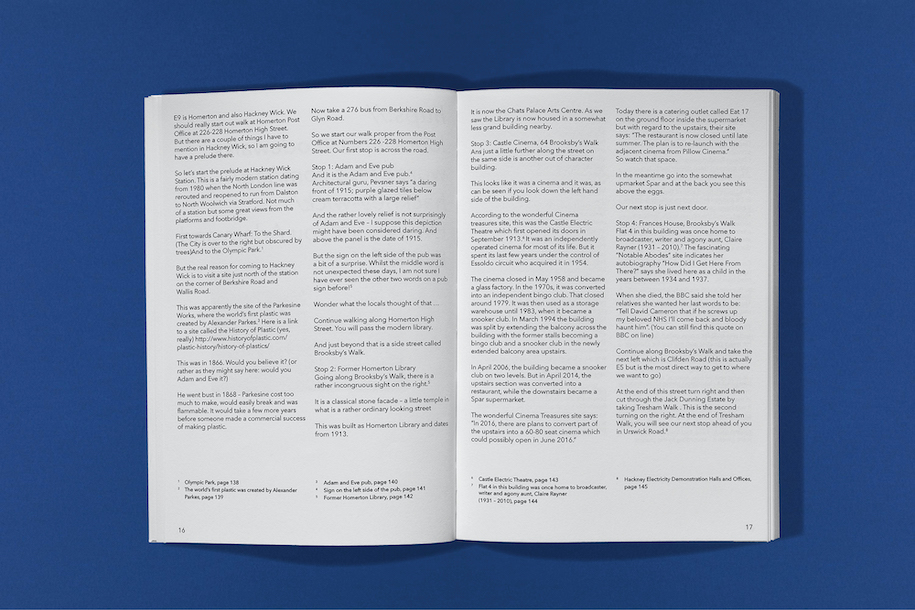 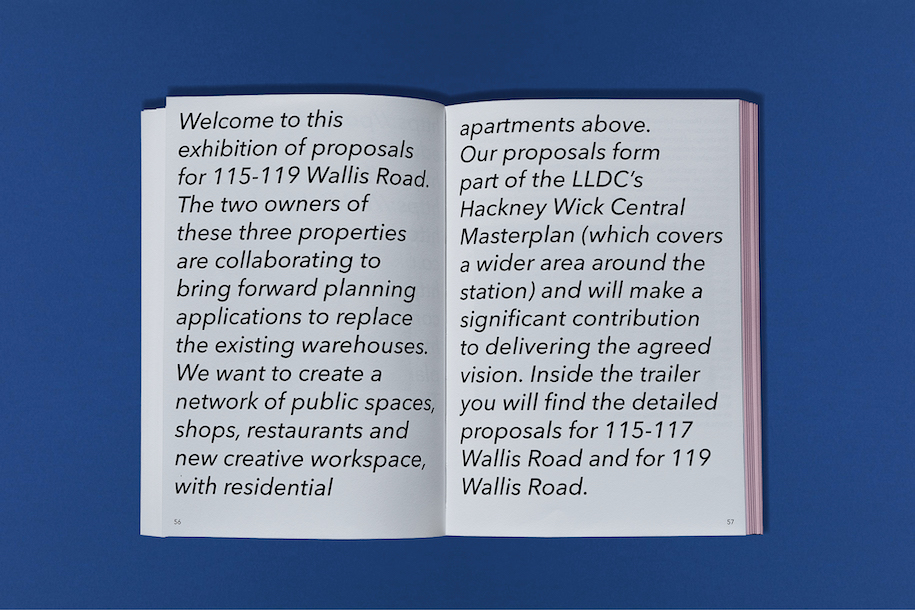 The resulting identity system revolves around purposely straightforward and lo-fi elements; those primarily being horizontal stripes in an unusual combination of brown and blue, and a pairing of two classic typefaces, uppercase Helvetica supported by Avenir. “I immersed myself within a ‘back- to-basics’ mindset,” Georgopoulos tells us, explaining that recreating a “kind of music festival excitement,” where not worrying too much about legibility, was all part of the plan. 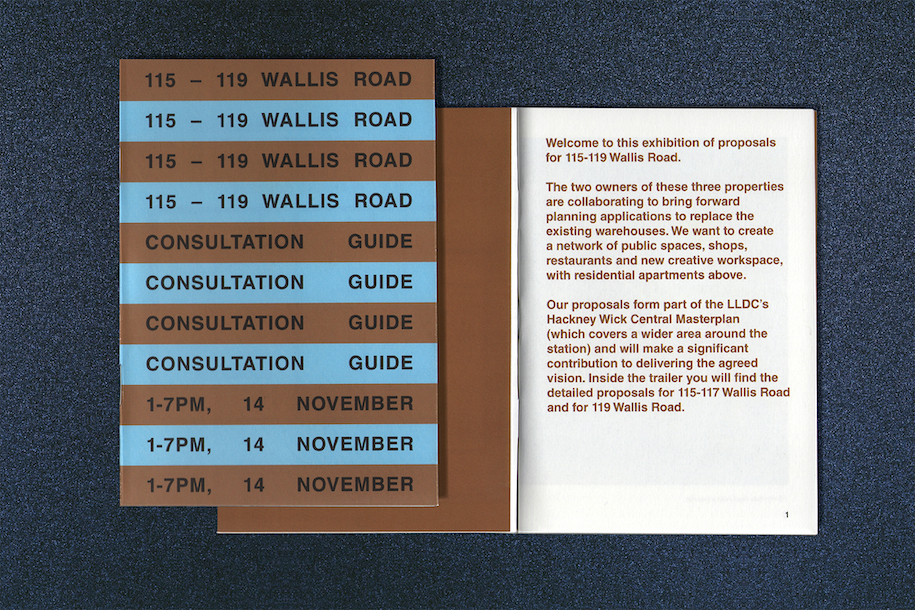 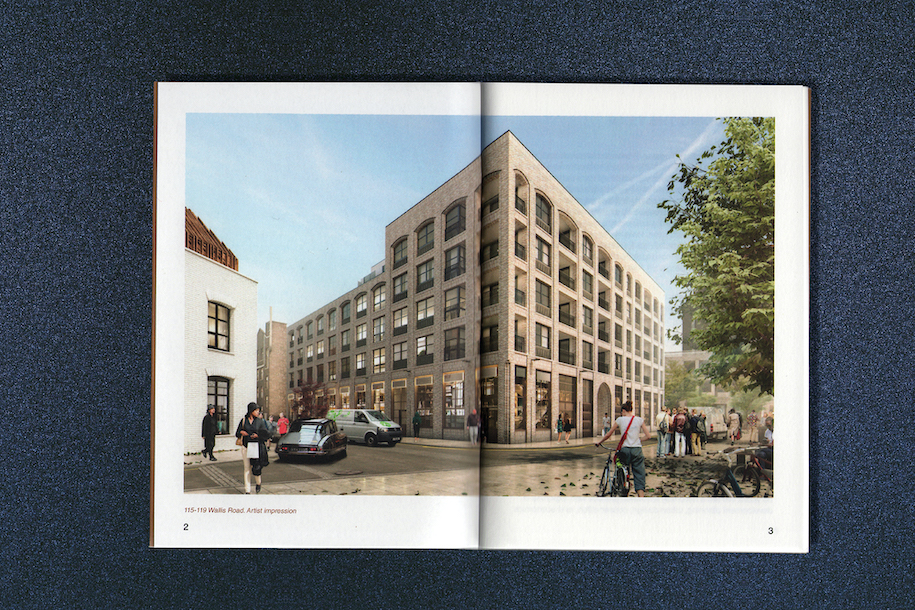 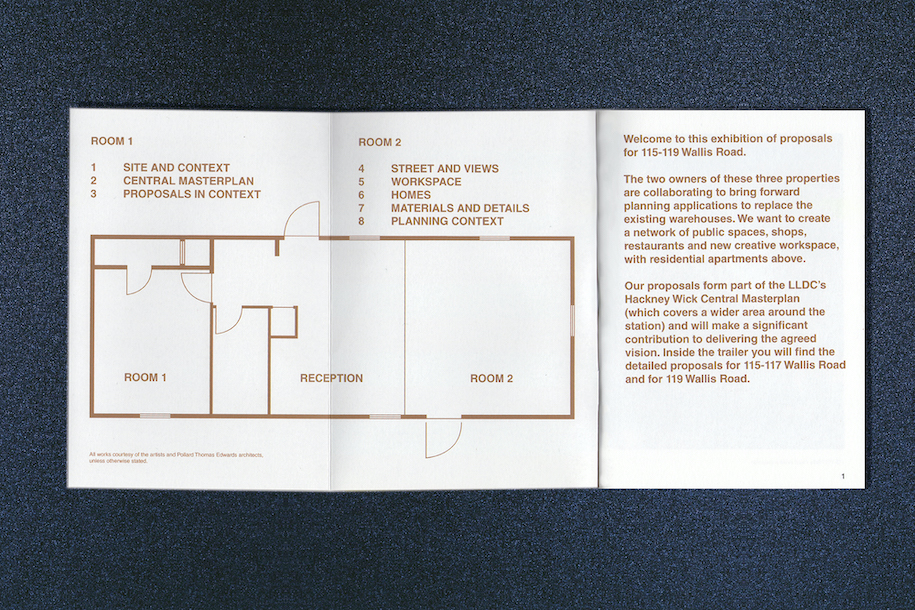 The identity and campaign of 115-119 Wallis Road is part of the engagement comms programme undertaken by Pollard Thomas Edwards architects.

by VALIA KAVALLAArchisearchhttps://www.archisearch.gr/wp-content/uploads/the-new-raw-second-nature-furniture-15-370x600.jpg
ARCHITECTURE 25MAY 2022

by ELENI TSIRINTANIArchisearchhttps://www.archisearch.gr/wp-content/uploads/1_MAP-370x700.jpg
DESIGN 24MAY 2022

by VALIA KAVALLAArchisearchhttps://www.archisearch.gr/wp-content/uploads/11b_The-New-Raw-%C2%A9Michele-Margot-370x700.jpeg
SHARE THIS PAGE
WITH YOUR FRIENDS