Paper was presented on May 2019 at the Washington State University and was supervised by Assistant Professor Vahid Vahdat.

–text by the author

The cinematic city is constructed above the basement of the cultural and historical necessity. The claims from viewers and critics are various. Koichi Iwabuchi addressed that “Lost in Translation” is a representation of the urban imaginary of Tokyo in the era of globalization. He noted a special but awkward development status under the pressure of non-Western modernity, as well as migration and multicultural situations in the reality of urban space. Tokyo, as a modern metropolitan city, has besieged people in different fortresses, and seemingly, no single person will not take the initiative to care about you. Lost in Translation depicts a lifestyle of the modern urban city that exaggerated or intensified the embarrassment of this skyscraper dystopia. This article will illustrate different behaviors scenario by scenario in response to the psychological movement in a skyscraper jungle, as well as analyze the highlighted needs that incurre oppression of living for change in contemporary society.

Language Deviation Under Orientalism and Occidentalism

An apparent social context and a distinct national identity between America and Japan, has established a perpetual empirical background. The difference comes from two languages, Japanese and English; they inevitably create misunderstanding. The prejudice feelings are associated with the “direct” translation, and it can hardly keep the original information at a social level. Similarly, Orientalism in Americans’ eyes and books is not the same as Japanese. An active conversation cannot separate from a series of sending and receiving information, and besides the term communication, the places in which the conversations take to attempt to convey the thoughts.

Beyond that, American is the original version of modernity driven by capitalism and industrialism in the late nineteen century and is the absolute superpower nowadays while Japan followed a similar path as Euro-American developed nations did before. In the trend of globalization, Japan and United States are supposed to become much alike theoretically; in contrast, it is not that simple for the Japanese who are infamous for being strongly and dreamily preoccupied with its cultural uniqueness. Compared to the difference of language, political personality is a prominent symptom within the national territory. Studies develop how the self-Orientalizing discourse convinces the Japanese and the rest of the world to reprogram its identity in the post-cold era and international arena.

In the philosophy of industrial capitalism, the human-made environment has been a latent factor in an emerging topic for a long time, although not always made explicit as such. The space in which people live, work and recreate on a day-to-day basis, and the relationship relates a man to the area, are two parametric values for city specimens. However, this movie tries to simulate another symbolic form, which believes Life is a cage, and it tends to sequester communication and isolation.

Words embody thoughts and feelings; similarly, types of buildings embody city’s and residents’ characters and stereotypes. It had better finalize a new sustainability equation of the local built environment in an architectural context.

Simultaneously, the subcultural background implanted in the movie has acknowledged that micro built environment underlies the weakness of people’s affection. The film’s frames consist of long, static shots of interior space of the hotel, with a minimized technological and psychological treatment of the re-progression. Furthermore, advanced as the hotel, it is a temporary and emergency house but not a home where lives in father and mother.

People used to form Mike Davis’s “defensible space” in an unfamiliar built environment, and only Similar circumstances accompany a sense of empathy. It also can be seen from fetal position, which makes it possible to protect babies’ brain and enhance the organic development.

The essential components of empathy are both emotional and cognitive or thinking, which helps to create a fundamental microecology. The urban space in Tokyo provides psychological hints of the subculture, the loneliness in the crowd.

It is precisely many different inner spaces wrapped around by high fencings, which is undoubtedly going to be the next killer to make a trap. The trapping game relates to the external experiences, like fear, isolation, and insecurity, as Camden Cyclist mentioned. 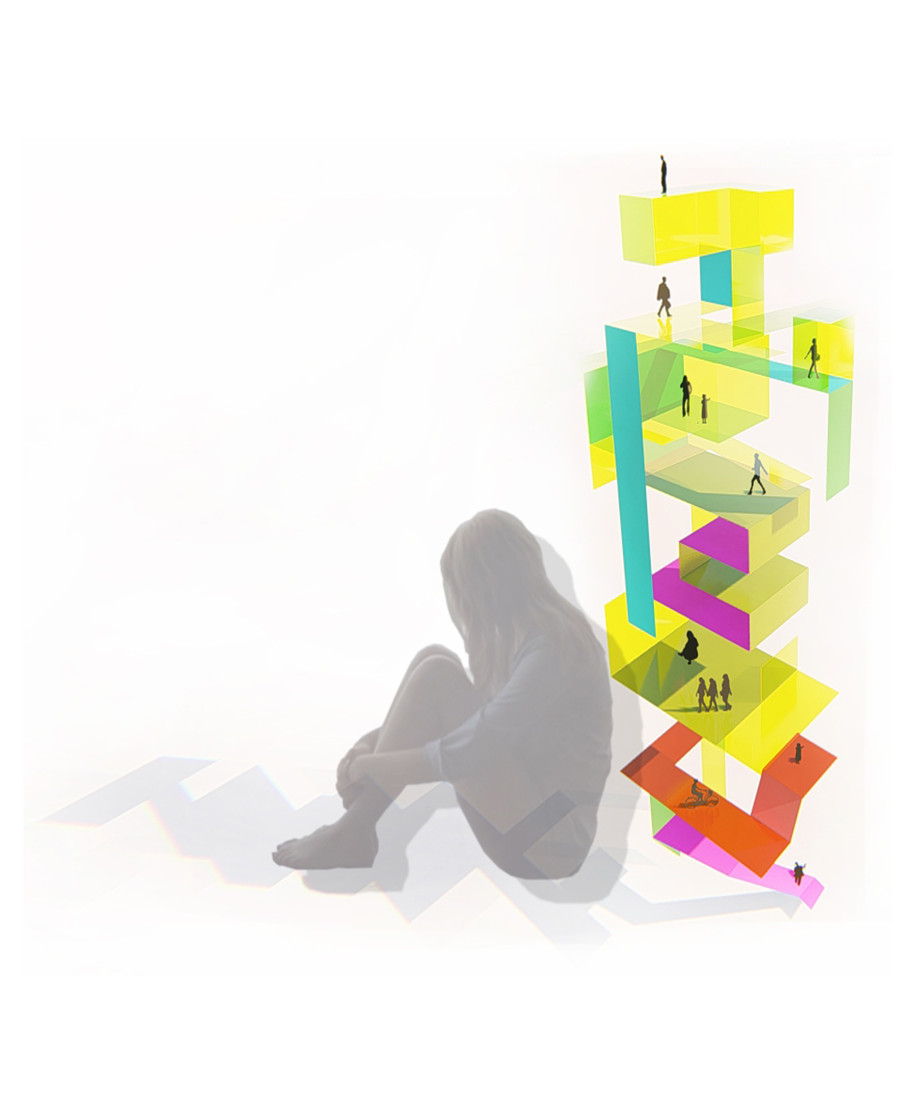 A smoothly microecology based on a scenario-based micro space has established beyond the physical connection between man and woman. The movie tried to set up an applicable concept of “empathic capacity” that is, every therapeutic relationship needs to be limited in concern empathic capacity. A typical physical built environment will correspond to the historical and public understanding of human emotion and behaviors. 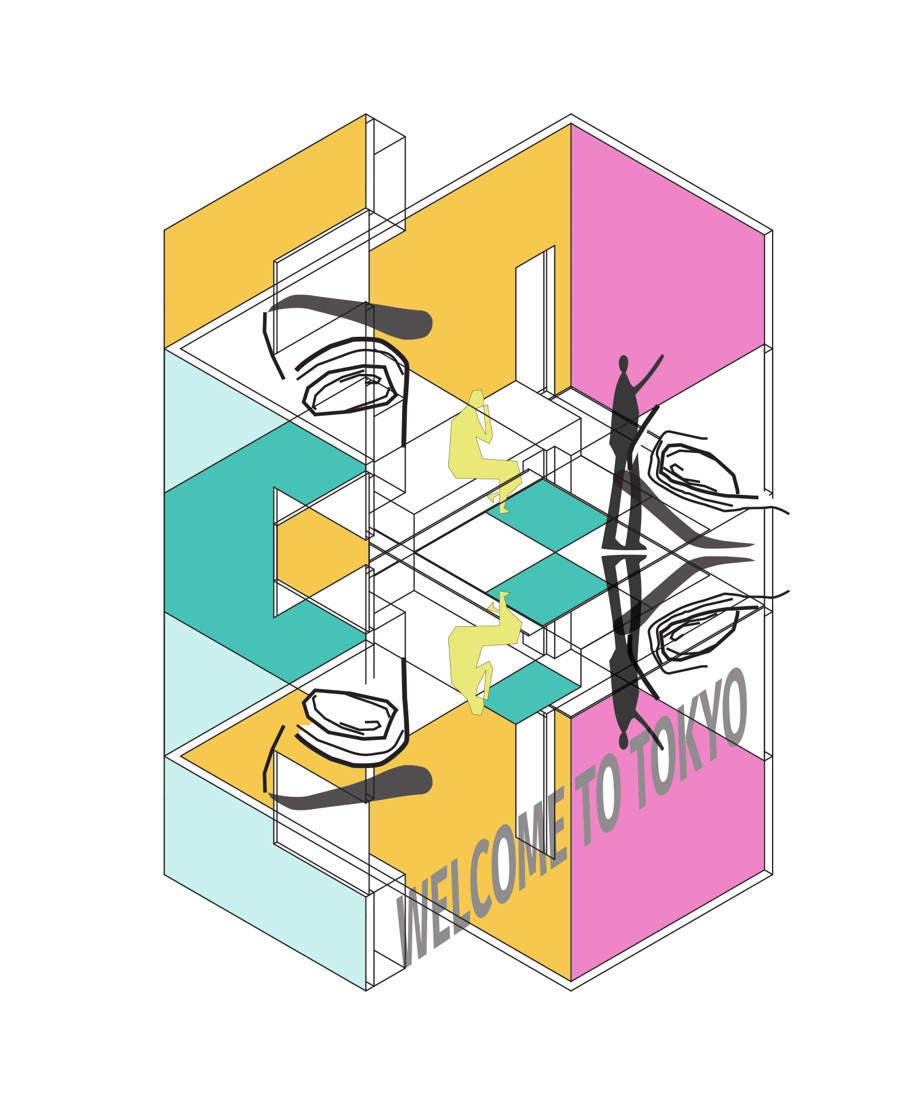 An underlying structure of the film is the extraordinary technology, primarily the Montage’s displacement of figures, forms, and values beneath shortcuts. With these vital elements, audiences start to dip themselves into self-reference within a corresponding built environment figure, and it is somehow a human-related spatial dialect by organizing narrative in scenarios.

In other words, these moving images have achieved a proof-of-concept and succeed in implanting “artificial landscape” into audiences. Around these true and false emotional reactions in life, we are far away and close to each other, and we experience a multi-level life. Frankly, the public will believe in what they see and how they feel when accepting this prototype; similarly, collective unconsciousness has always become a stepping-stone of a typical emotion, especially for EMPATHY.

by MELINA ARVANITI-POLLATOUArchisearchhttps://www.archisearch.gr/wp-content/uploads/Dimitropoulou-Stouri-research-thesis-stevenholl-min-370x700.jpg
SHARE THIS PAGE
WITH YOUR FRIENDS