Pandemic Architecture, an International Ideas Competition curated by the Design Ambassador for ARCHISEARCH.gr,  invited the creative community to open up a dialogue and create a think tank, looking for ideas from the architectural and design community about the future of the living, the workspace, the public space and the tourism industry after the outbreak of Covid-19.

The significant fall back of air pollution, the appearance of wild animals in urbanized areas and the sprouting of vegetation around buildings are just some of the globally noticed consequences of the “quarantine period”.
The latest absence of humans has apparently been proved as one of the most efficient ecological actions of the last centuries.

Covid-19 is just one of the multiple hygiene crises humanity will be called to face in the upcoming future.
Urban densification, pandemics, nuclear disasters, mass poverty and forced migration, global warm- ing and the overconsumption of natural resources are just some of the results of our careless behav- iour towards the planet and for sure, our failed attempts to restore it. 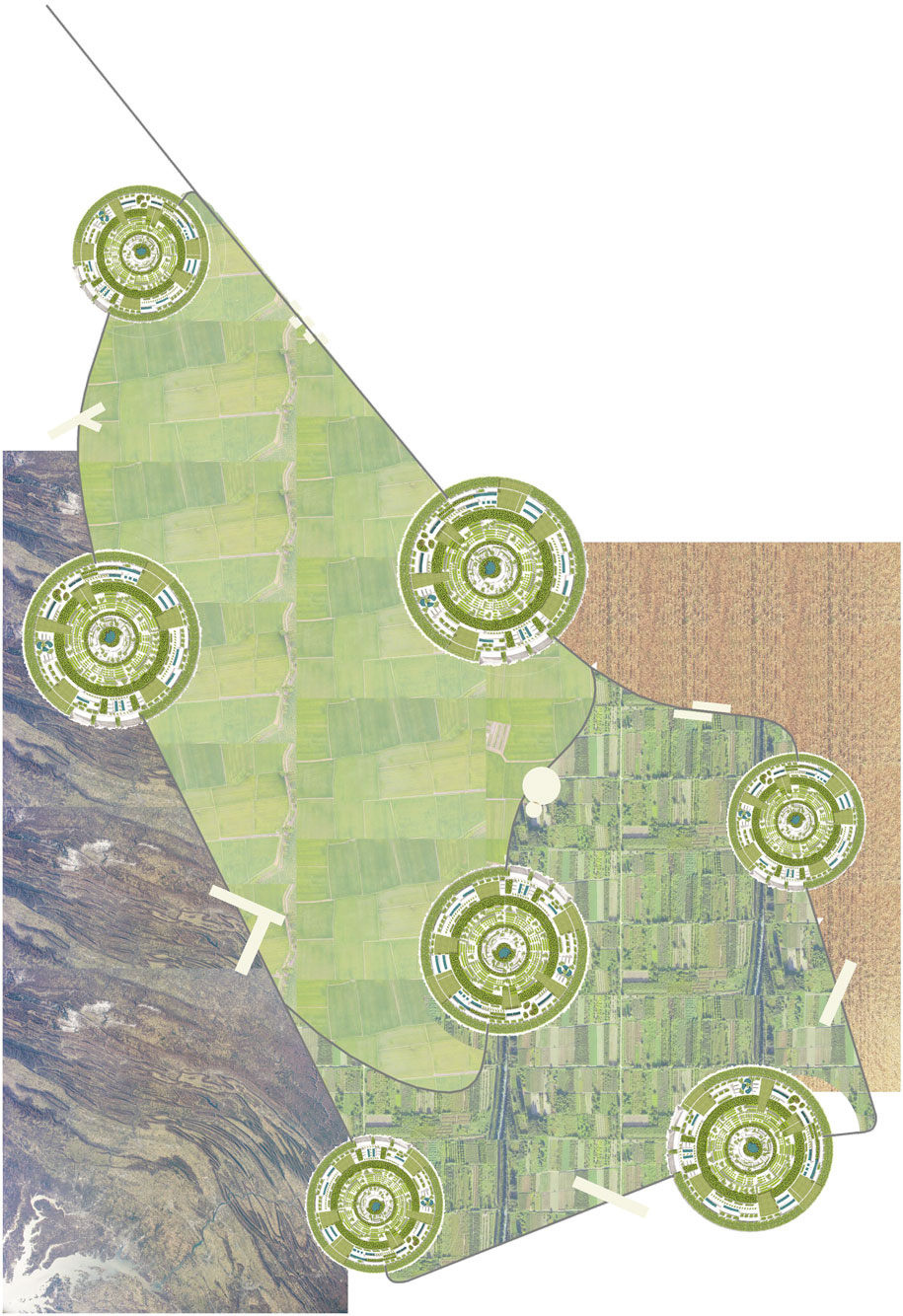 It is time for humanity to unify and work in solidarity for a common goal.
We need to challenge our habits, rethink our needs and organize our lives more effectively from the private to the global scale.

Our proposal is a utopian urban reality based on a decentralised urban system where cities are sub- divided into completely autonomous “Units”. 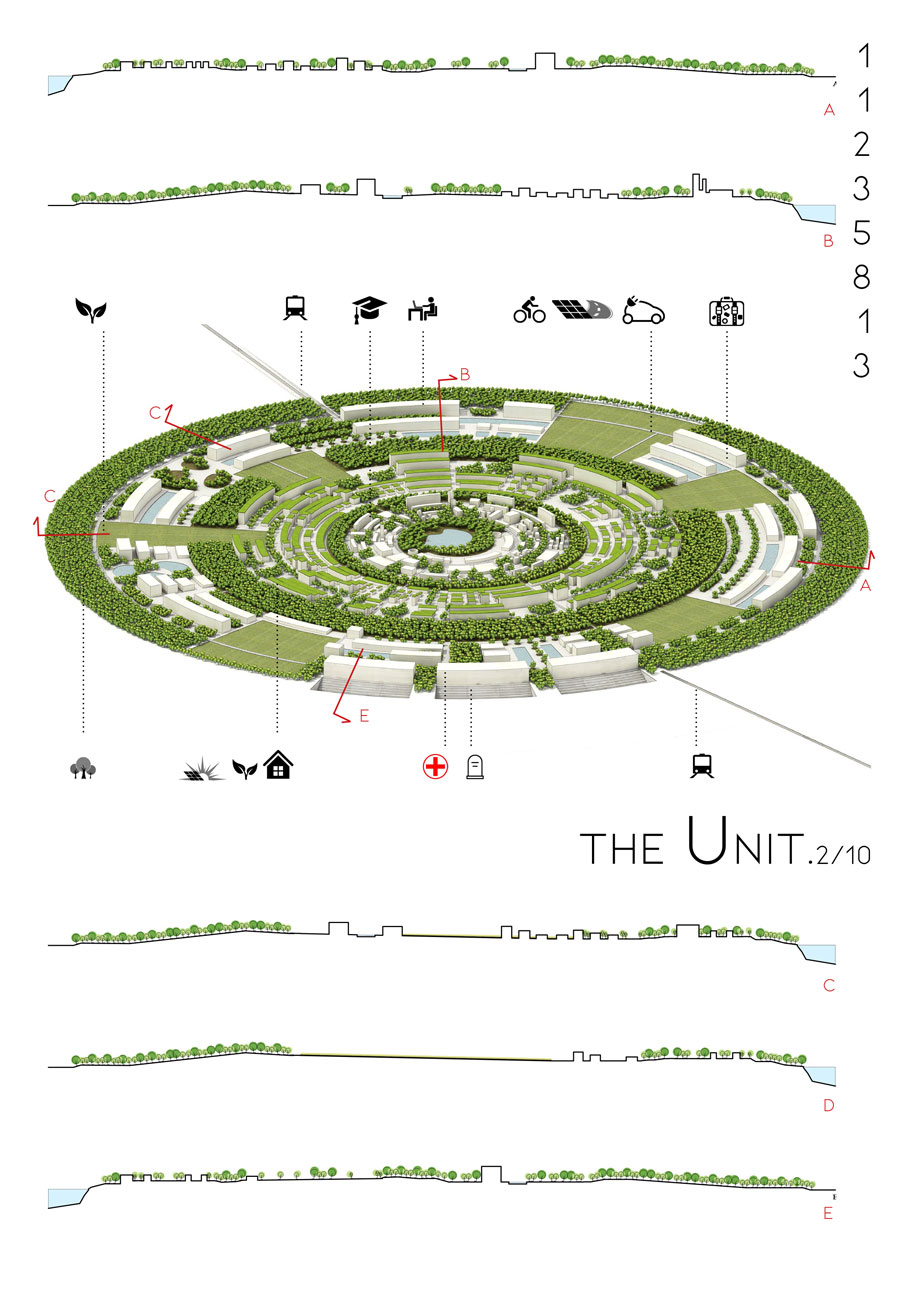 Each one of them is provided with their own mobility in- frastructure, education system, hospital, industries, agriculture, farming, recycling and energy-waste re-use systems and renewable energy resources depending on the geographic location (rainwater collection, photo-voltaic roads, solar panel-windows, windmills, sea wave energy converters, etc). 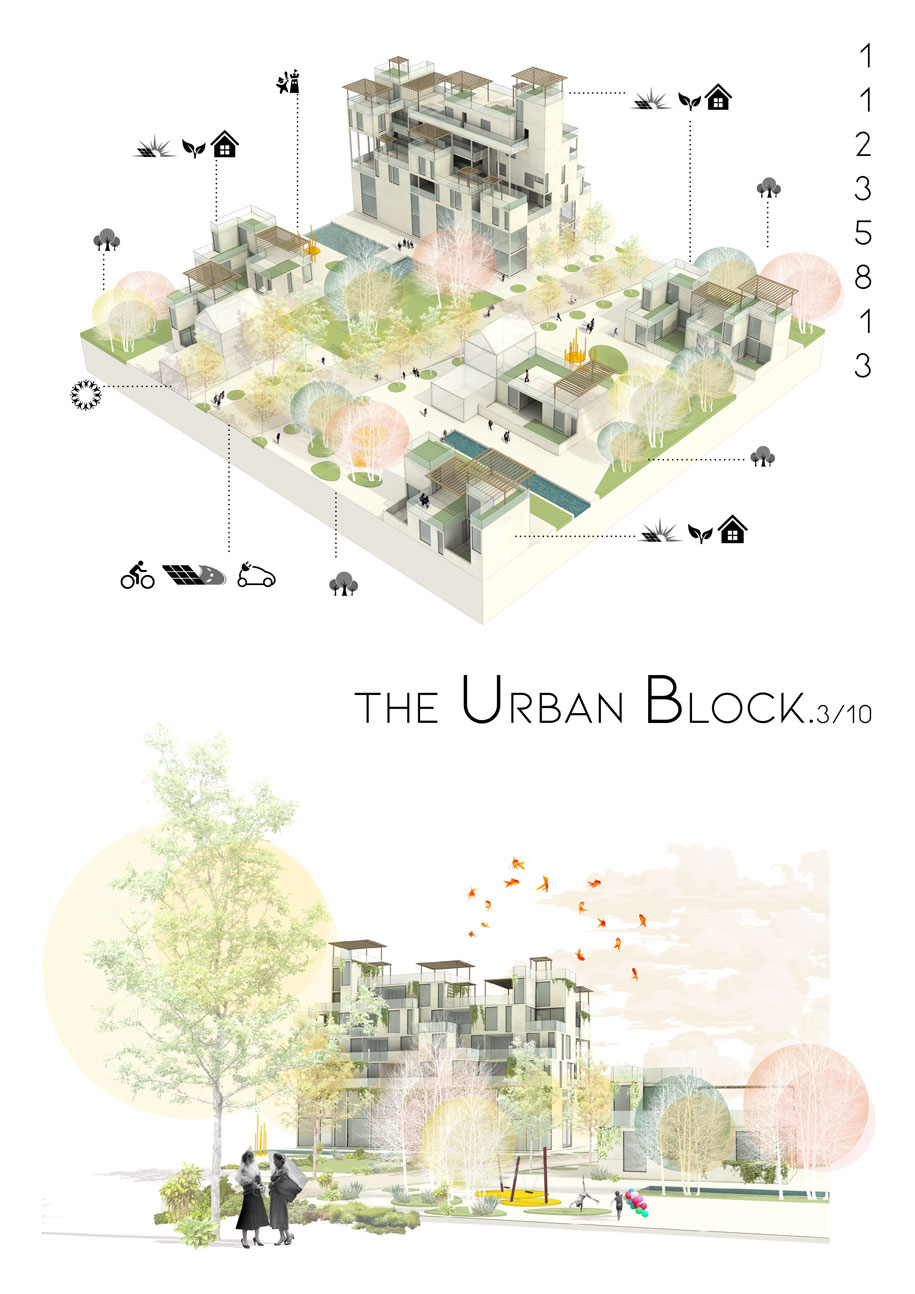 The Unit is stratified concentrically starting out from a park with a lake, connected to the rainwater collection, filtering and distribution system. Follows the education and culture zone, a high density “green ring”, the residential area, another green ring, and a system of hotels, soft industry, agricul- ture, then a final green ring and a hospital with a cemetery. 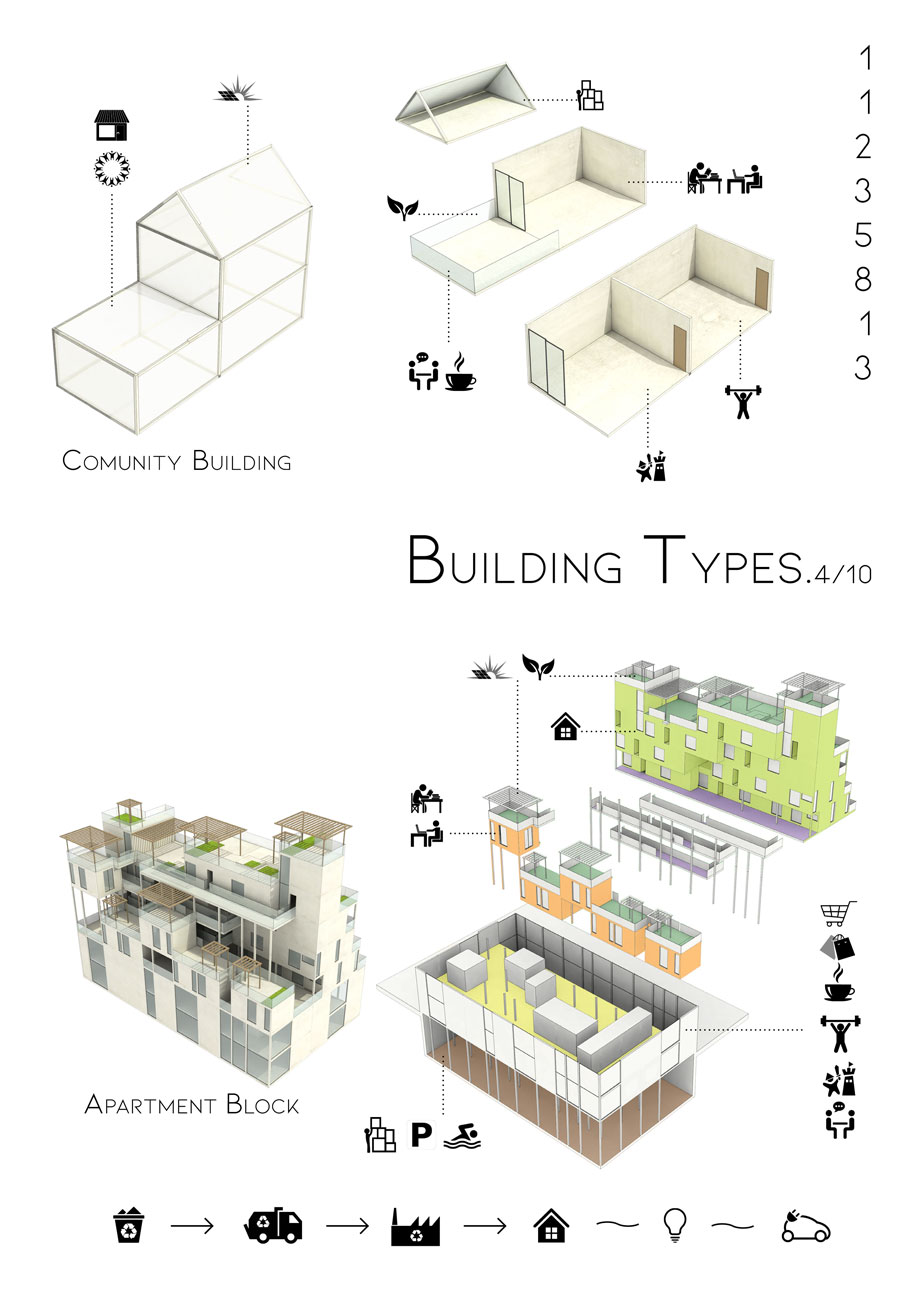 This low-speed system inside the units promotes a slower and more human lifestyle, which we be- lieve would benefit both nature and human health. 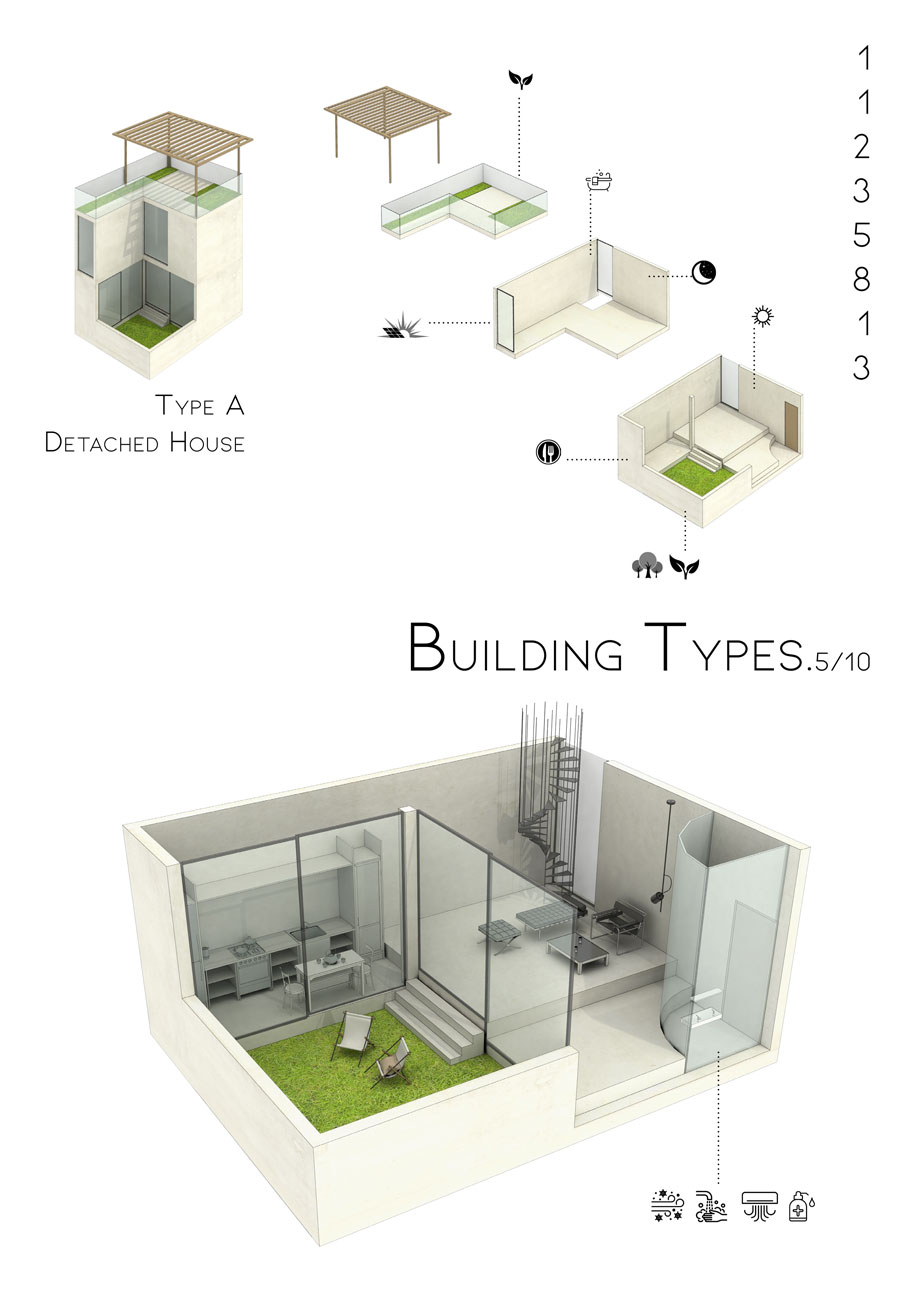 Urban blocks are thought of as small communities, provided with several buildings to be used entirely as working spaces, libraries, small shops, gyms, play rooms, etc.Apartment block basements and ground floors are assigned to public and commercial activities, while the upper floors consist mainly of residencies and some working spaces. Every entrance is provided with a disinfecting room. Both cases’ goal is to be as much autonomous as possible during a lock down. 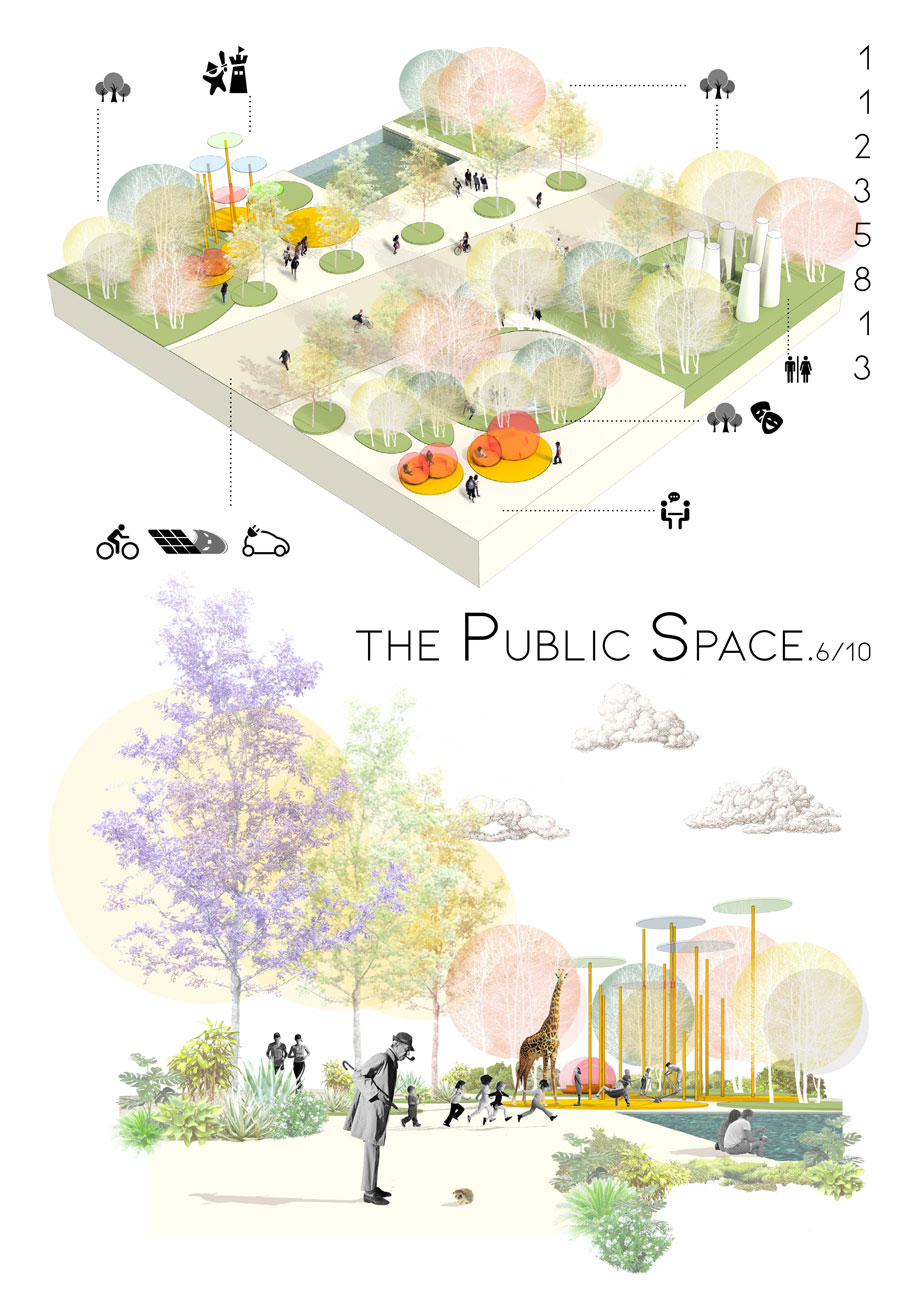 The public space consists on a mix of functions and activities, such as parks, playgrounds, water features, performing areas, and the like – promoting the outdoor life, hence the highlight of the public sanitary system. In the case of any serious air pollution, the self-sanitising/self-cleaning bubble sys- tems cover and protect areas such as outdoor meeting points. 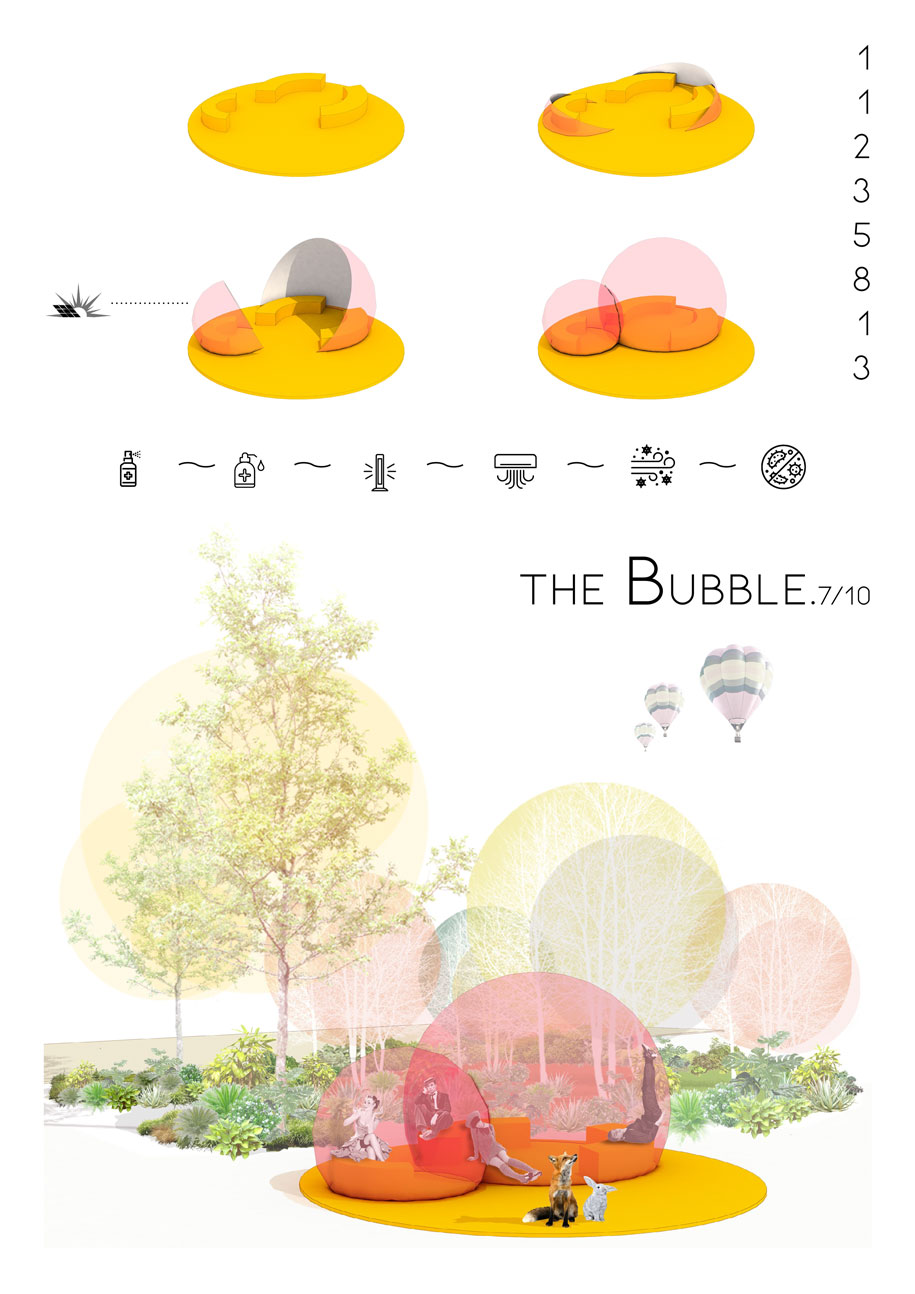 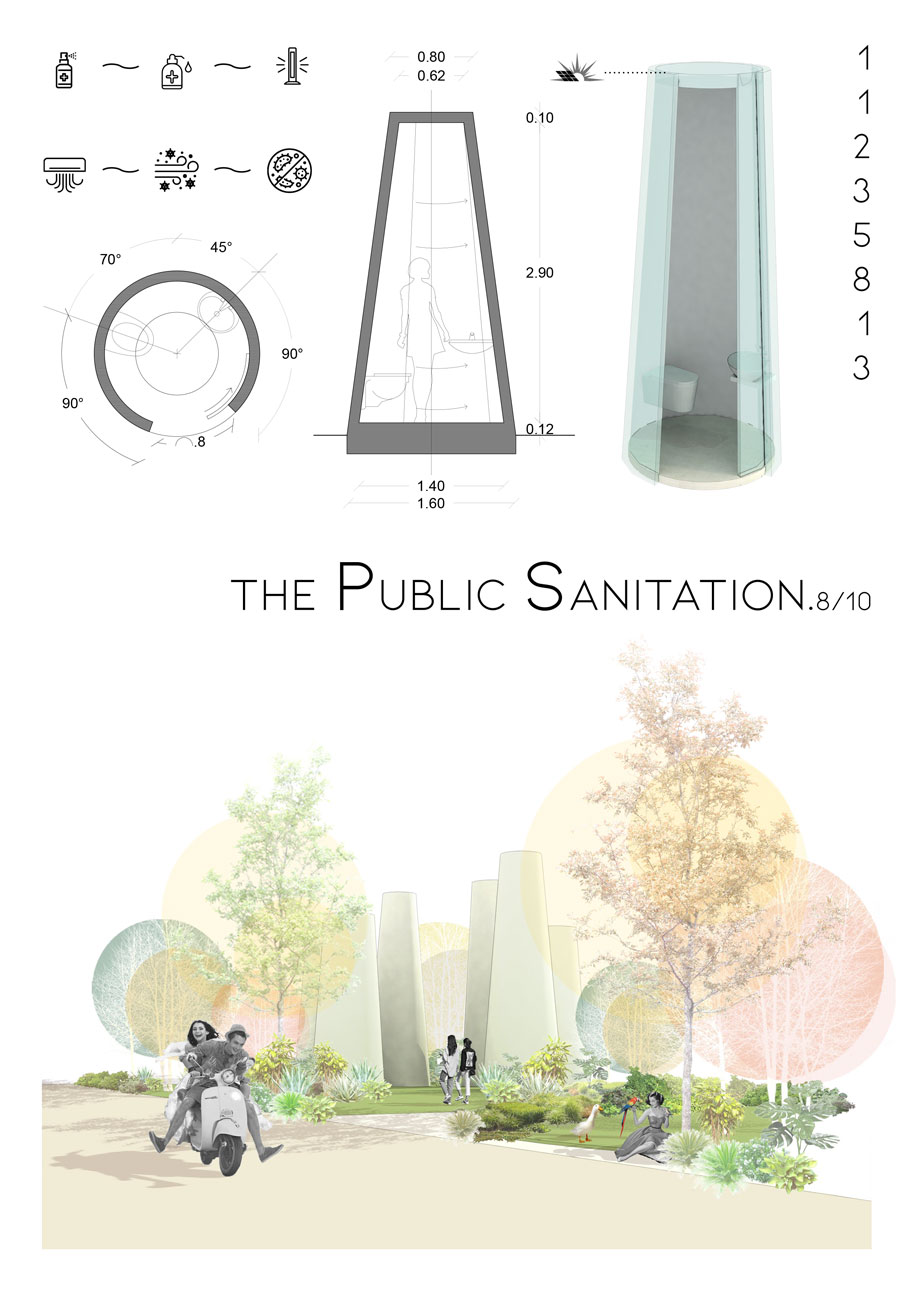 The proposal aims to be a highly organised and efficient system where there should be no need to extend hospitals and cemeteries would become a living memorial and instead emphasize the impor- tance of life. 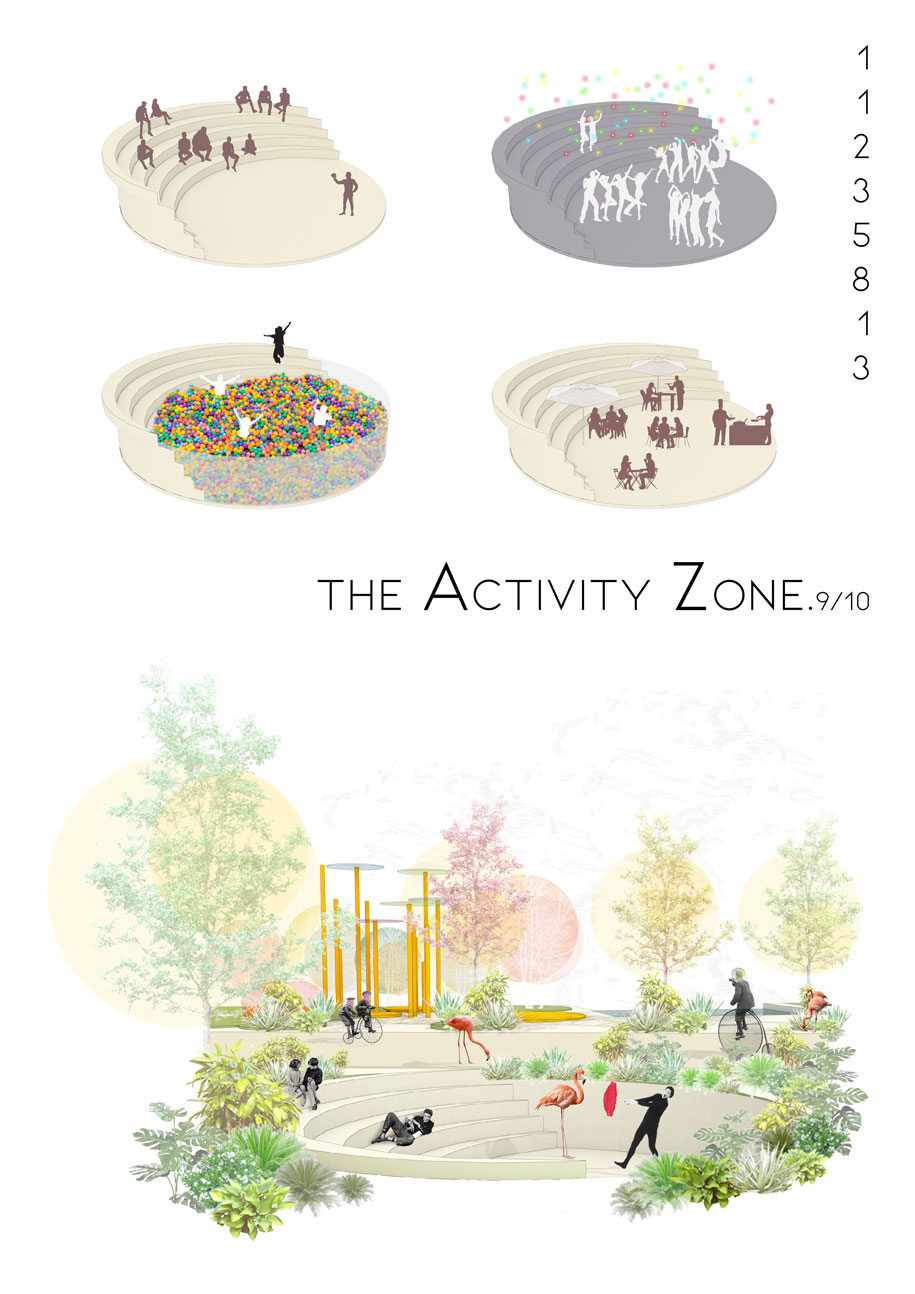 The project was longlisted in top 100 out of 440 projects.


The impact of Pandemic Architecture competition on the international architectural community was astonishing, with the number of registrations to exceed 800, with the final proposals to exceed 400 and with participants from more than 60 different countries.
Results will be officially announced on the 20th of September.

Check out the open call and the jury here!