“Stitching fragments” by architects Angeliki Giannisi, Elli Maria Moustaka and Tatiana Chatziioannou in collaboration with Chrysoula Moustaka and mechanical engineer Spyros Anthis won Redemption at the open architectural competition “Redesign of Aristotelous Square and Axis”. The proposal intends, through a symbolic movement, to reinforce the connections between the various “elements” of the city and to reassemble the multiple identities of Thessaloniki into a new, unified, and contemporary space.

The key feature of our concept is the distinctive historical value of Thessaloniki and the various forms that have defined the city over time, which can still be discerned in diverse parts of the urban fabric. We perceive the city of Thessaloniki as an assemblage of heterogeneous cultural elements which compose its distinctive identity. The axis of Aristotelous and its Square are situated in a central and dominant position in the center of the city containing the imprints of the city’s once dynamic communities, which today seem to have lost their connective tissue and function as disconnected entities.

The reconnection of the various “elements” of the city is achieved by projecting the map of the city before the fire of 1917. It results in the replacement of the strict symmetry of the axis with a new system of orientation viewpoints and, consequently, in the emergence of transversal connections along the axis, the creation of new paths, as well as new public and green spaces.

The emerging arrangement facilitates a more organic movement and experience of space and transposes the axis into a protected monument.

As an intervention, it is not imposed but rather aims to converse with and enhance the existing built space. The architectural treatment of the axis is based on two systems. From Egnatia Street to the northeast area of Aristotelous Square, we deploy the same architectural language, which is inspired by the projection of the old map before the fire of 1917. The moment of differentiation between the two systems takes place on the boundary of the city’s old fortification walls, and defines the southern part of Aristotelous square.

The synthetic elements of the proposal are the following:

The walkway: The projection of the old street is translated into a space of movement and meeting, a pedestrian walkway, that offers transversal and longitudinal routes with unexpected viewpoints, thus turning the walker’s gaze both towards the sea horizon and the Upper Town, as well as towards the galleries, streets, and passages perpendicular to the axis.

The squares: The square, which is usually located on the outer sides of blocks, is the open space that receives elements for everyday uses such as benches, special bicycle parking facilities and water fountains. The squares are designed in direct correlation to the built environment following, at all levels, the rhythm set by the colonnades of the arcades.

The platforms: The platforms are horizontal planes, which create an interesting dialogue with the existing slope. Our objective here is to integrate different zones of use, while preserving a fluid circulation and avoiding strict three-dimensional boundaries. We distinguish two types of uses for the platforms that are reflected in their materiality. Slightly raised platforms, made of hard material, are intended for the use of table seating. Submerged platforms, by contrast, are spaces where users can have direct contact with nature.

The main square: In the lowest part of the square, our proposal aims to create a multifunctional space capable of accommodating various events and activities, perhaps even triggering new uses. We propose the creation of a platform in circular form, which is unified with the topography of the square, restoring the rule of symmetry of the axis and transforming the square into a “condenser”. The platform can function as a simple seat to enjoy the view of the sea and Mount Olympus, but it can also function as a tribune for possible events that can use the inner surface of the platform as a stage – orchestra. 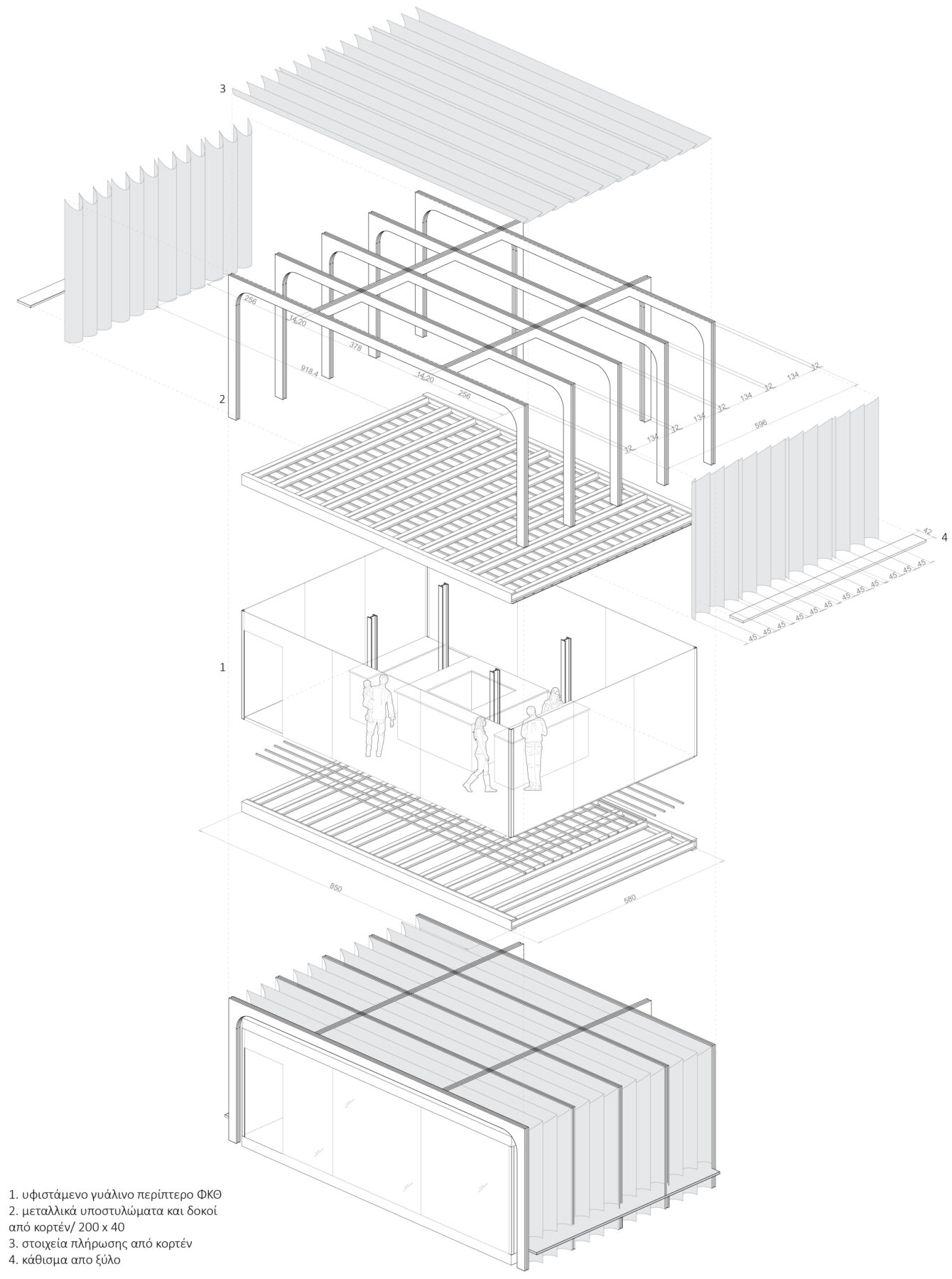 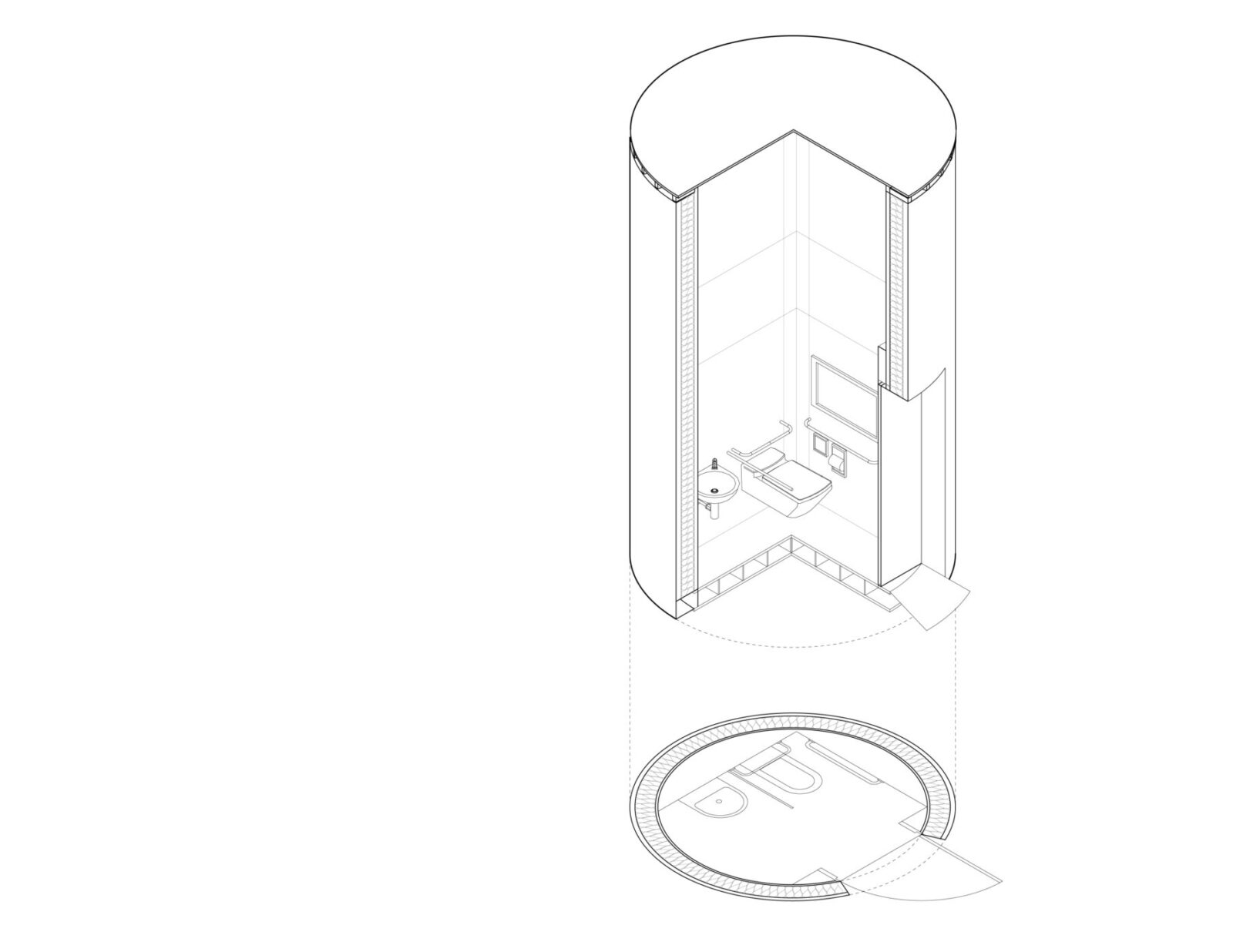 
Check out, also, Lamina / 2021 that won 2nd prize at the open architectural competition “Redesign of Aristotelous Square and Axis”, here!

by ELPIDA ROIDOUArchisearchhttps://www.archisearch.gr/wp-content/uploads/28201_-The-Pumpkin_-Imagecover-370x700.jpg
SHARE THIS PAGE
WITH YOUR FRIENDS