The following architectural study was submitted at the open architectural competition carried out by the Municipality of Pyli, with the topic “Renovation of the Town Hall Square in Pyli”. It concerns a free public space, at the northwestern borders of the residential complex. 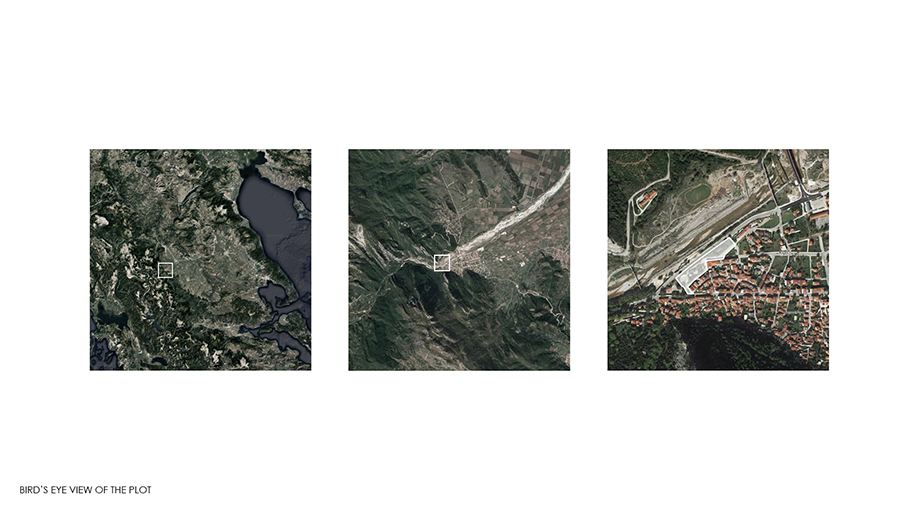 The settlement functions as a threshold from the lowlands of Trikala to the mountainous Pindos, which makes it particularly interesting as a transitional place. The central idea of the proposal is formed by the following: The first is the transition from the urban to the natural landscape. It is proposed that the urban environment borrows the free shapes found in nature and there is a gradient regarding the materials used. 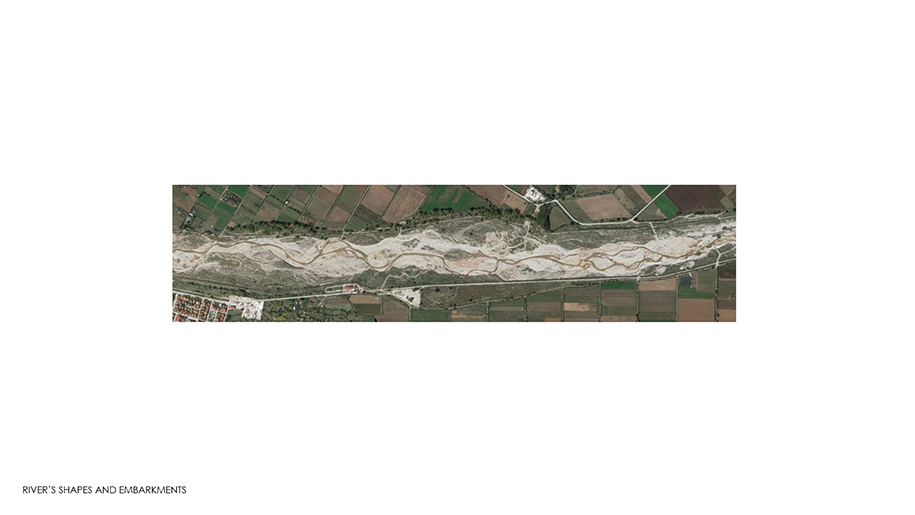 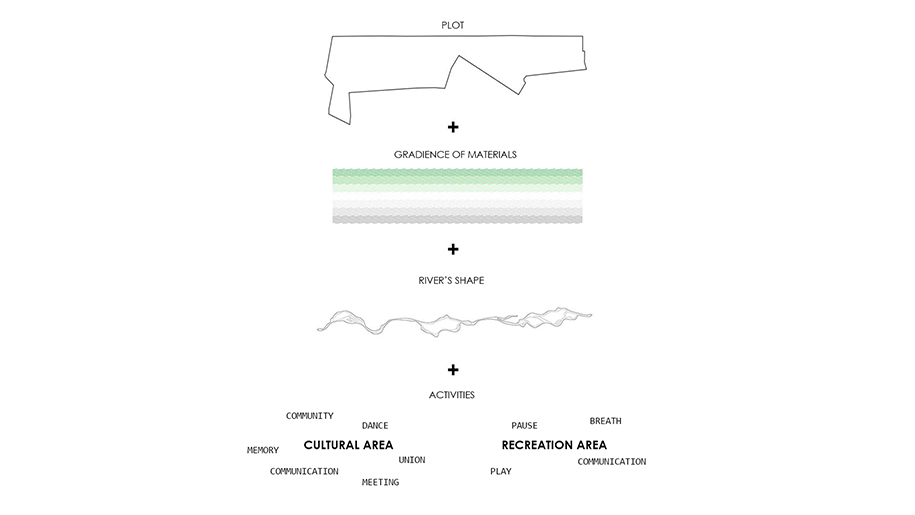 The second concerns the shapes of the river with all the curves and embankments created by the riverbed. The forms that are created were a trigger in terms of design, as they manage to create movement and stopping spaces. 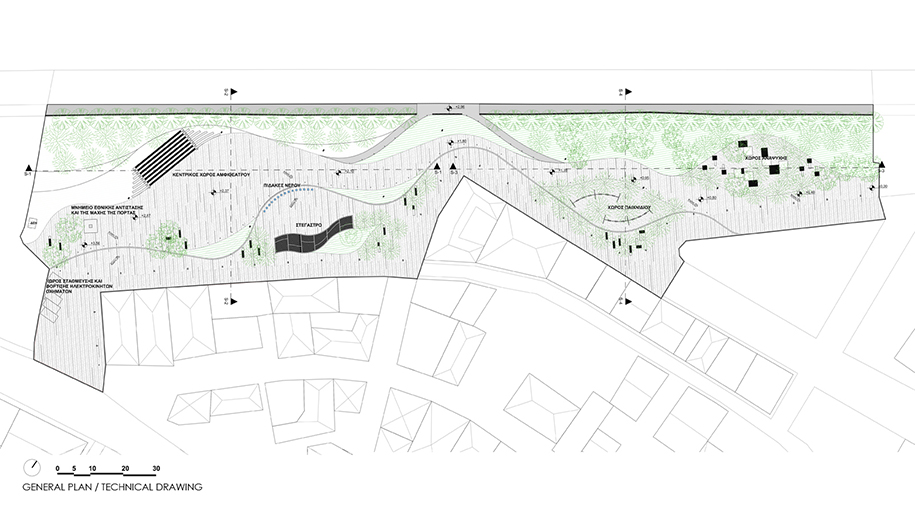 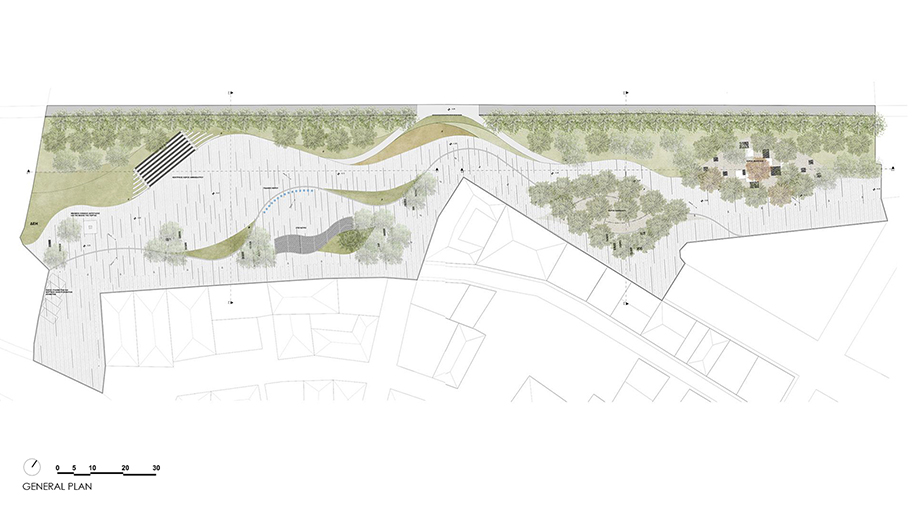 The elementary architectural proposal is to change the ground level of the existing square. It is proposed that the new ground level follows the level of 1940 Heroes Street, which has a slight slope. This way the public space of the square becomes accessible to everyone. The creation of a continuous floor at the street level enlarges the imprint of the square. It is proposed to make the 1940 Heroes Street one-way up to a point, in order to reduce the nuisance from the passing vehicles and to intensify the feeling of a protected public space. 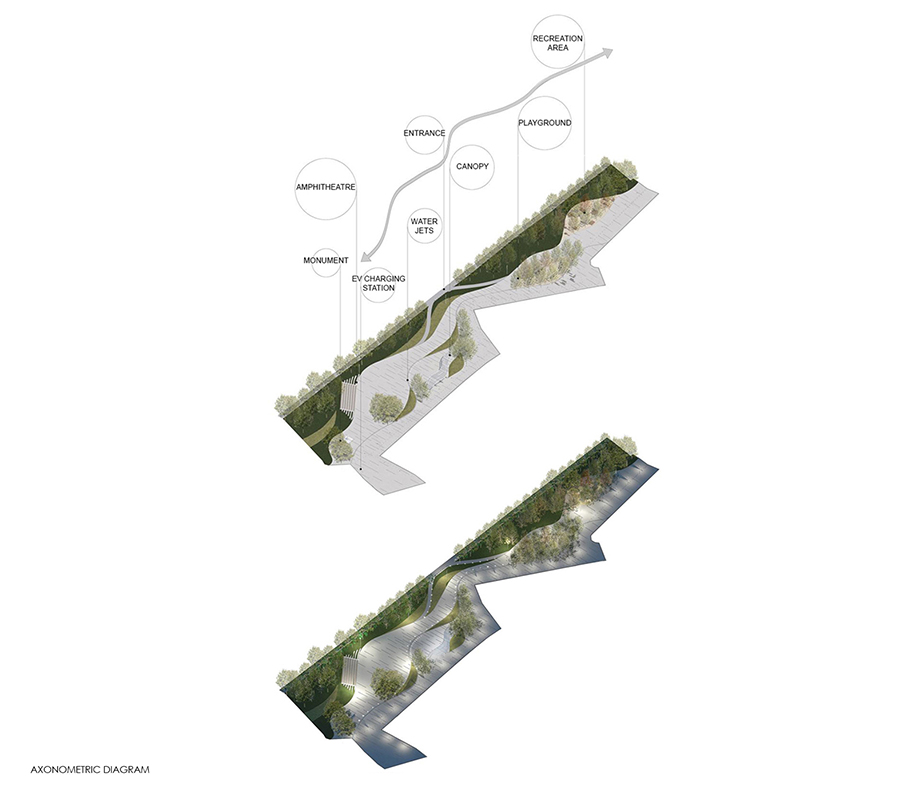 There is a difference in level (approximately 1m.) between 1940 Heroes Street and the National Road Trikala-Arta that is turned into a planted inclined zone. Along this green zone the windbreak from pine trees is maintained and additional high trees are planted. 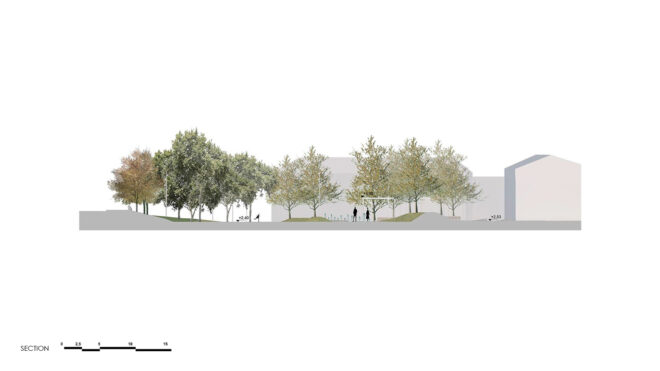 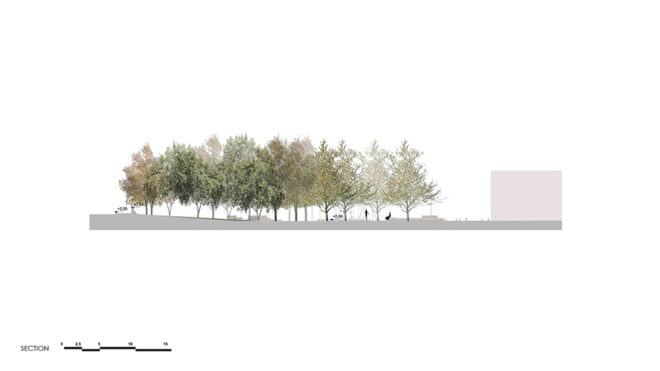 At the beginning of the path the Cultural Areas are organized. The Monument of National Resistance is placed in a position visible from the main road of the settlement. Then an amphitheater with a large square is designed. 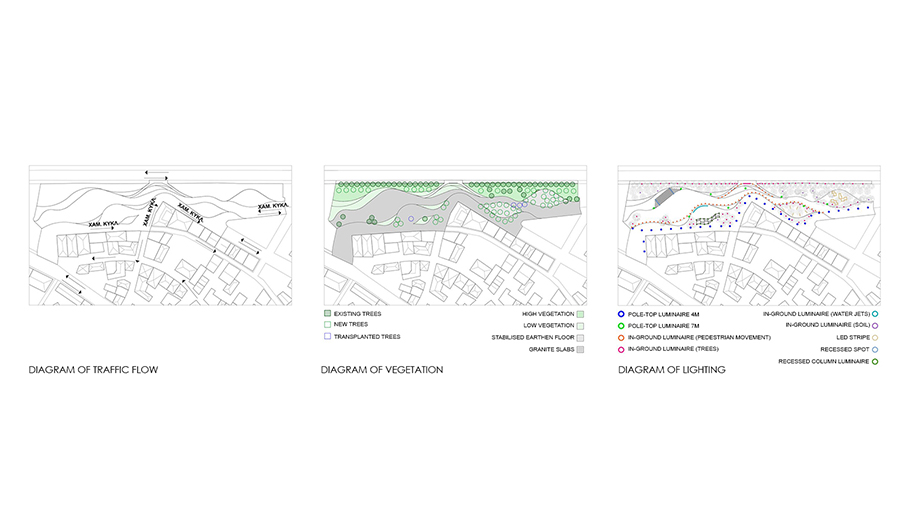 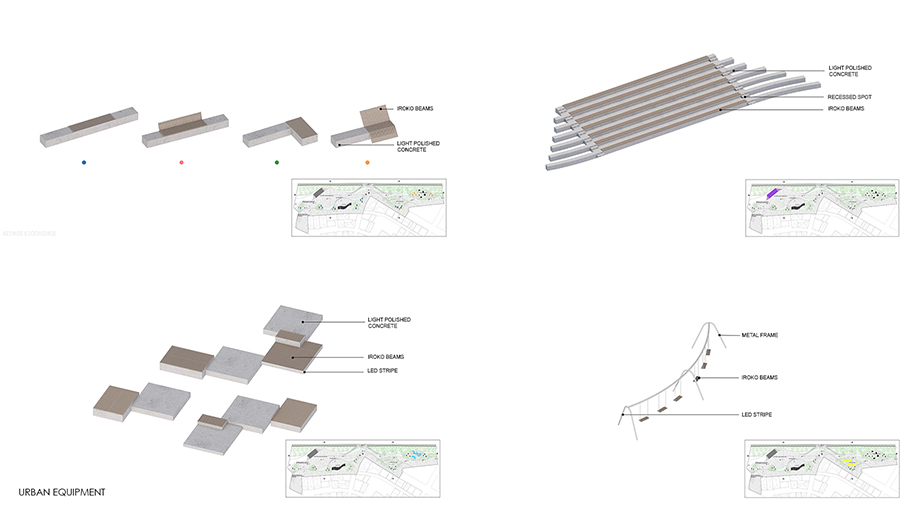 An area with water jets follows, which contributes to the creation of a cool climate during the summer months. The canopy, which is relatively close to the water jets, is equipped with ceiling fans, that improve the feeling of coolness. After the turn of the road, the Recreation Areas are organized with an area with swings and large multi-purpose seating platforms. Characteristic of this area is the existence of large evergreen trees. 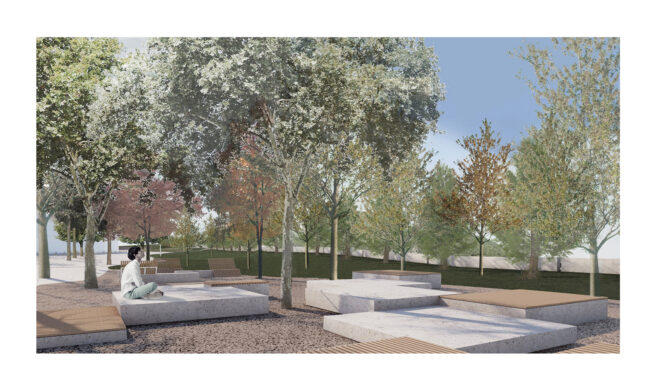 The flooring tiles of the central area are granite slabs and cobblestones in off-white and gray color. The light shade prevents the development of high temperatures close to the ground, while at the same time improves the visibility conditions during the night. In the area of Recreation, the floor on the axis of movement is the same as that of the central square, but a stabilized earthen floor is used in the stopping points.

by MELINA ARVANITI-POLLATOUArchisearchhttps://www.archisearch.gr/wp-content/uploads/SuKu-%CE%95%CE%99%CE%9A%CE%9F%CE%9D%CE%91-2-370x700.jpg
SHARE THIS PAGE
WITH YOUR FRIENDS