I AGREE
Archisearch Array
Iterare arquitectos designed Lemon tree house in Valencia, Spain. The house is an exercise in understanding the Mediterranean light, typical of its location and its cultural context. Εlements such as the breeze and light are placed in the foreground and are the motivation for changes.
-text by the authors
In one of the most distinctive blocks of the Valencian district of Jesus, the Lemon Tree House is revealed as a unique project in which some of the most important features -concealed over the years- of this genuine group of houses are recovered. 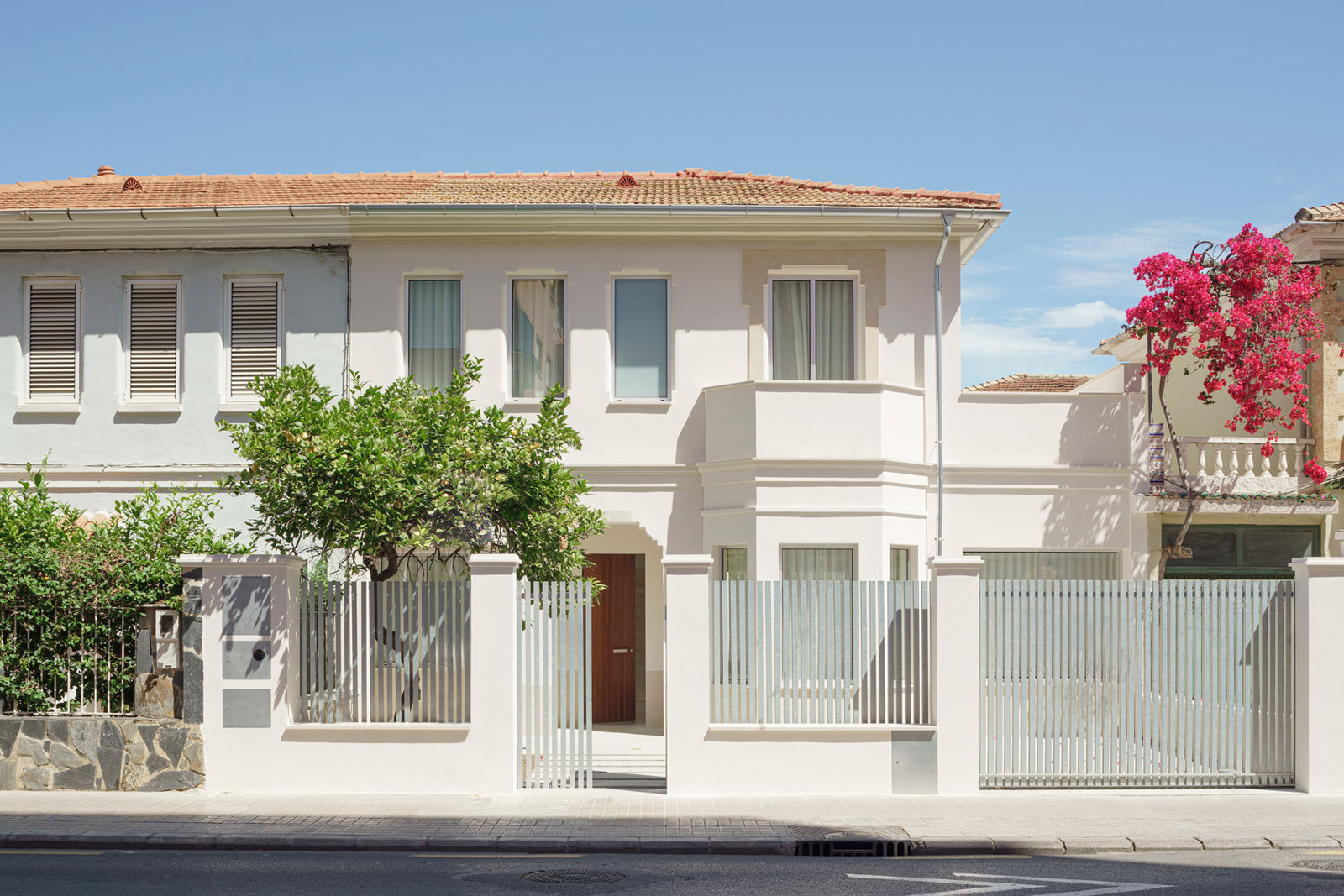 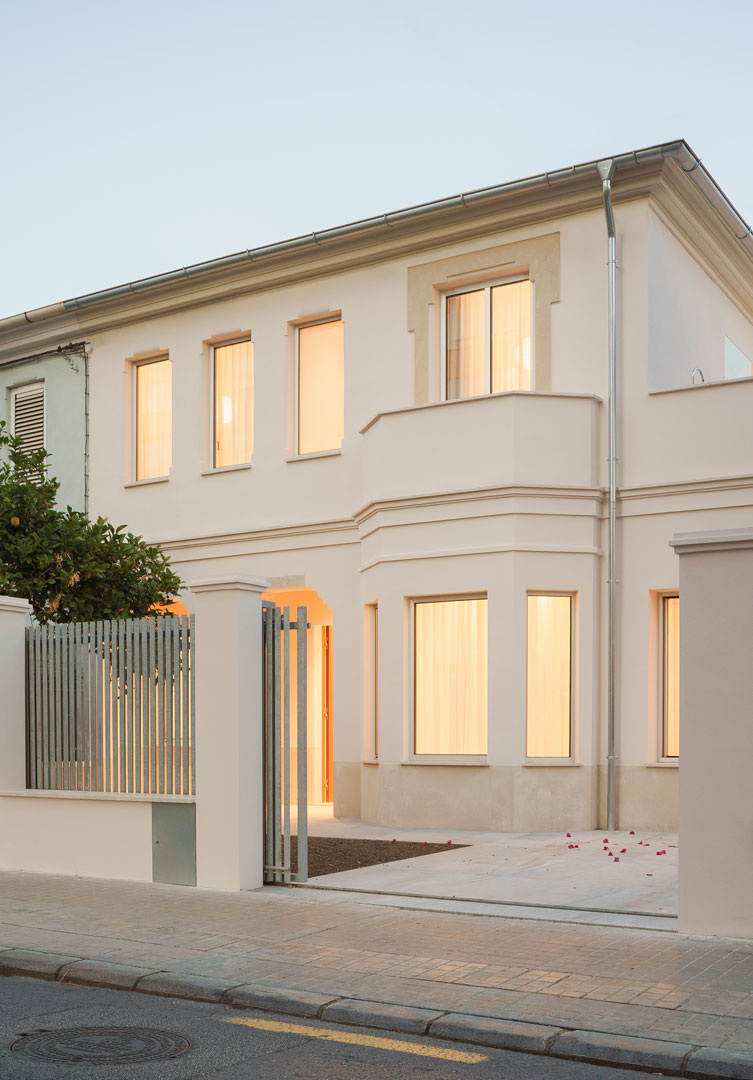 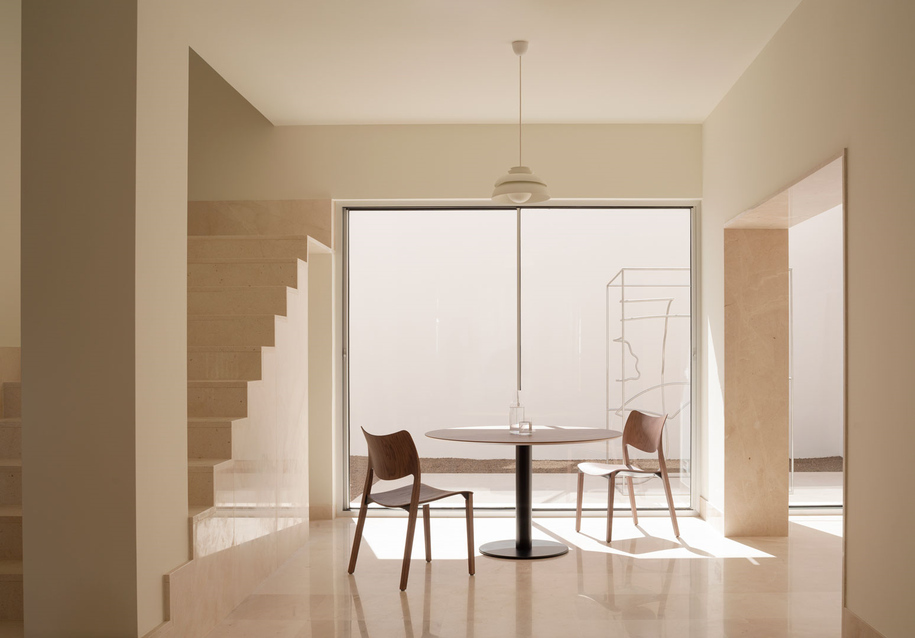 The house is an exercise in understanding the Mediterranean light, typical of its location and its cultural context. Deeply rooted elements such as matter, the breeze and light are placed in the foreground and are the motivation for the changes, which go beyond a blind, purely programmatic rewriting of this semi-detached house on Carteros Street. 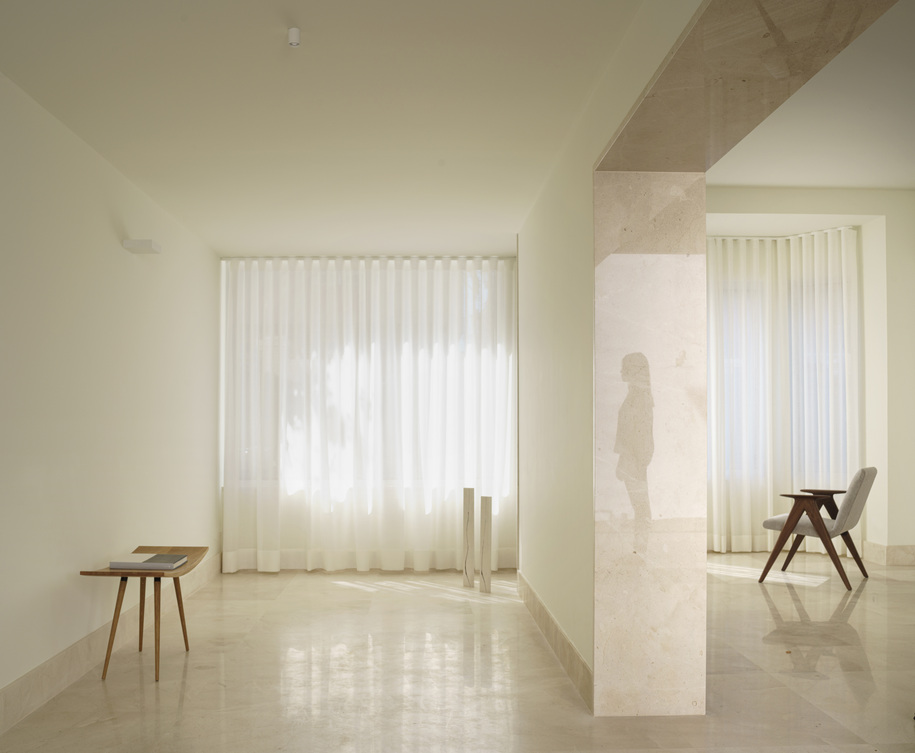 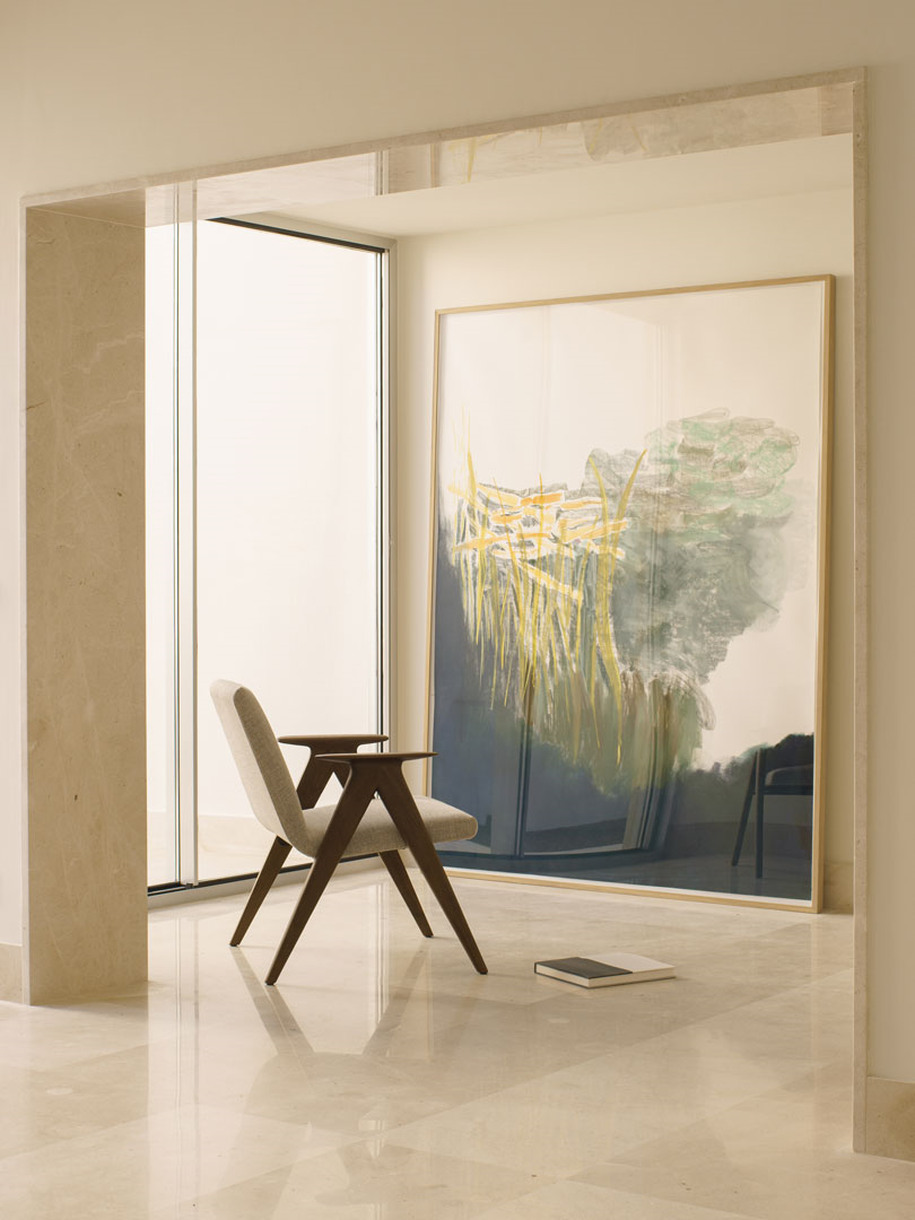 Thus the work, reduced from the beginning to its minimum material expression, finds behind it a silence from which to admire the light and its spaces. Stone, wood and glass are enough to approach this important exercise of simplicity and complexity where a whole work of precision and constructive discipline, as elementary and sincere as modest and necessary, comes together. 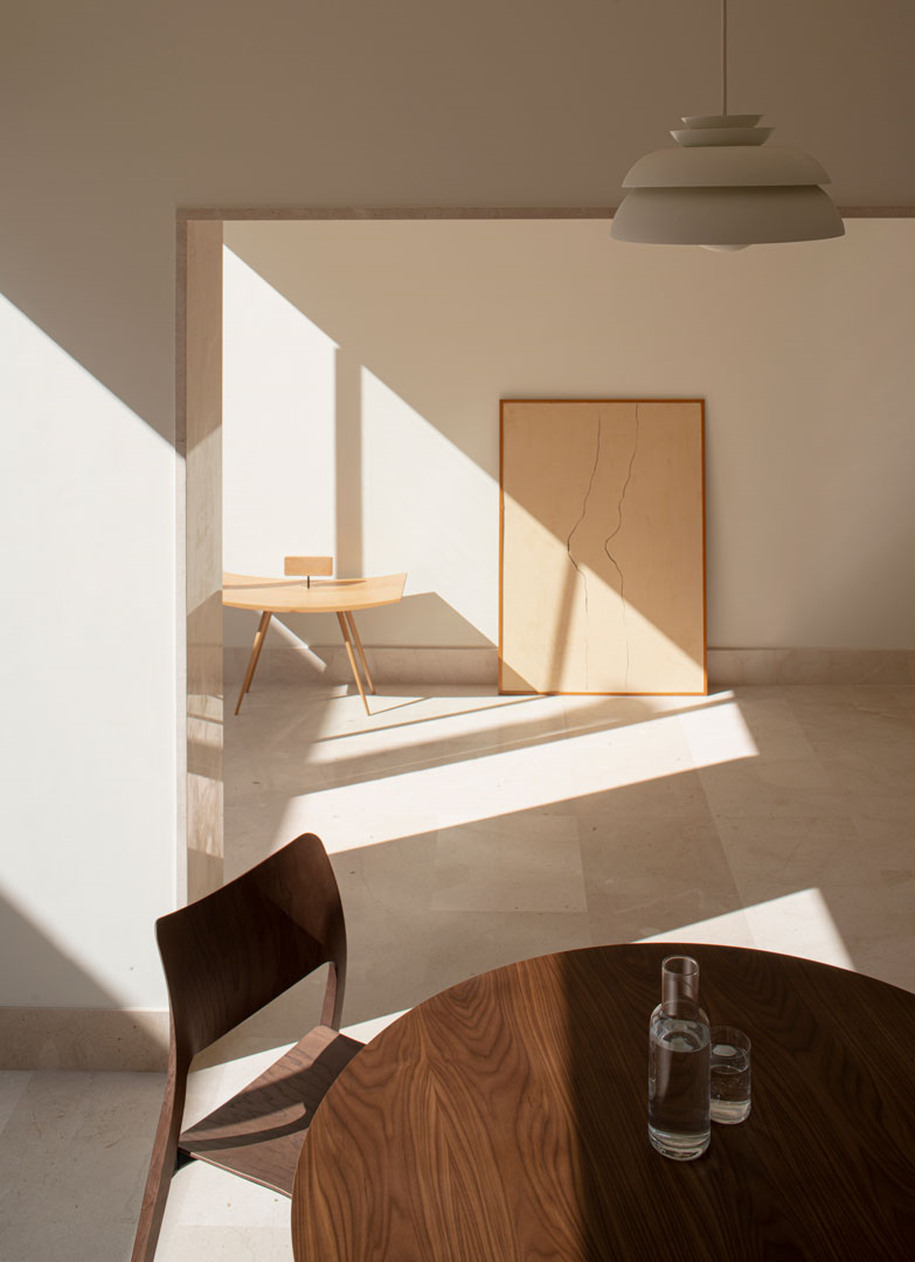 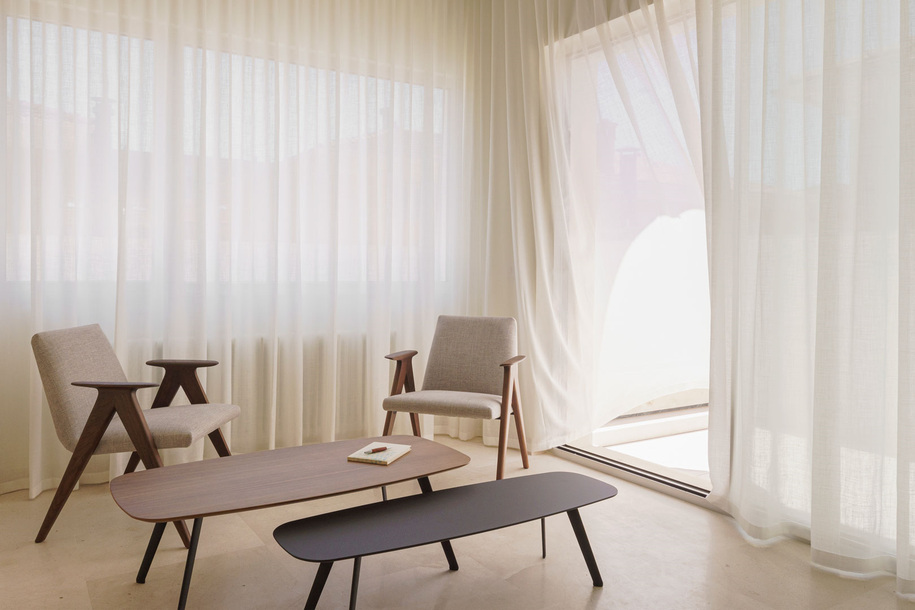 For its part, the core of the staircase, located in the geometric center of the house and completely open to the day area, is not only a mere sculpture carved in limestone, but also accurately incorporates some of the most ungrateful parts of the program. Thus in the floorplan, this is situated as a free element, a strong core, which allows the house to flow around without interruption while offering its services to the rooms. 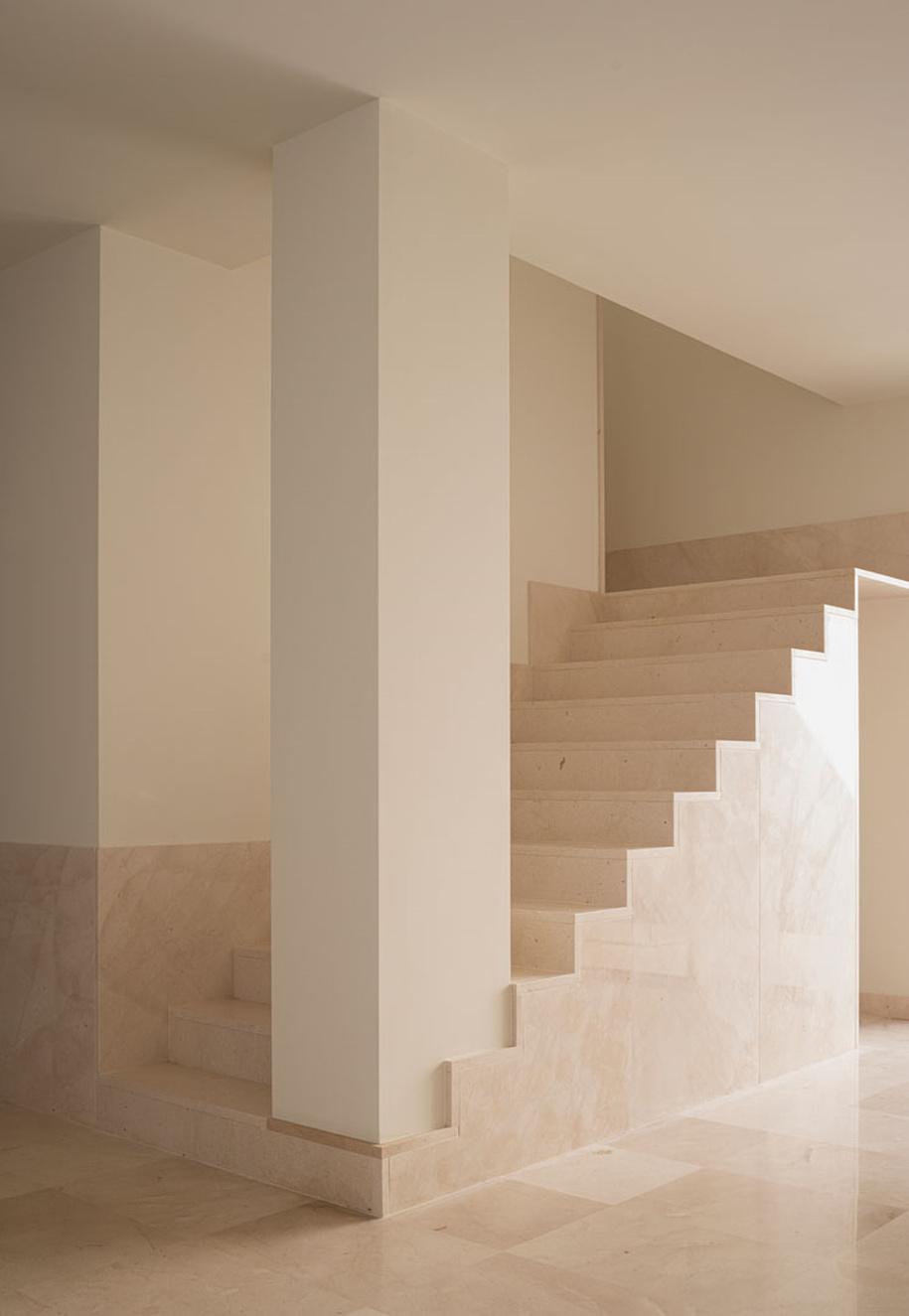 Outside, the courtyards, in addition to ensuring a constant and gentle breeze through the interiors, are used here as effective architectural devices capable of encapsulating within its walls the cease less conflicts between sun and shadow; between day and night. 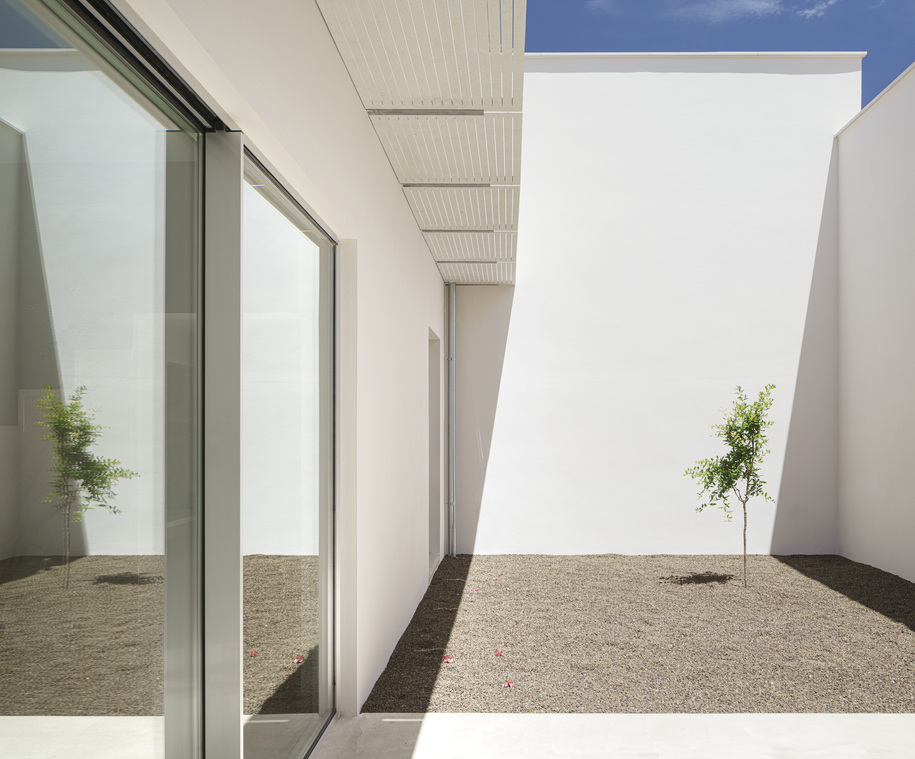 All this, sheltered by an old lemon tree that marks the entrance and gives the project its name. 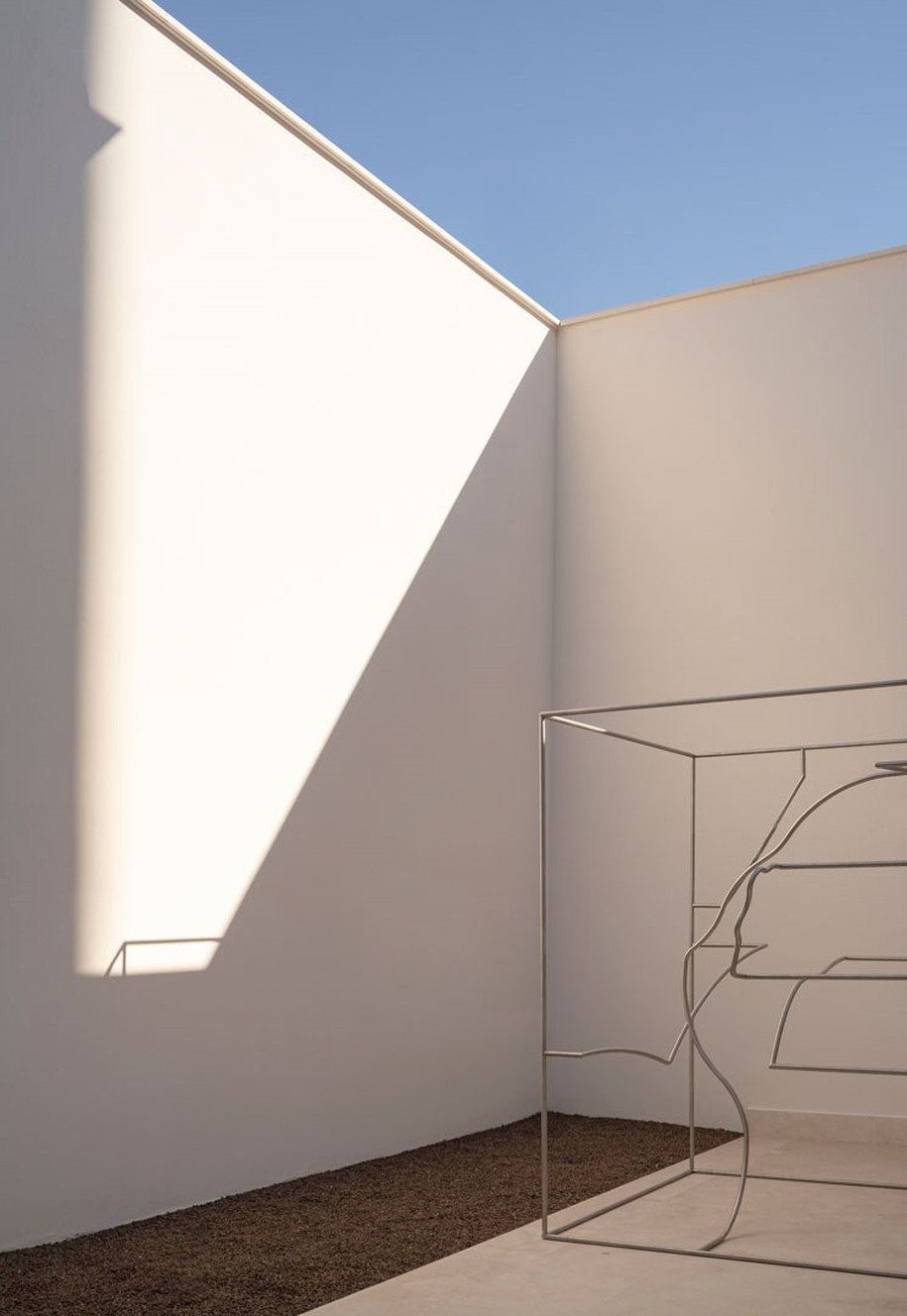