Interval Architects designed House G in a suburban village two hours away from Shanghai as an atypical mode of rural intervention for a local family that offers through its design an opportunity to re-think and challenge the utopian, tourism-driven mode of development going on in China’s countryside. 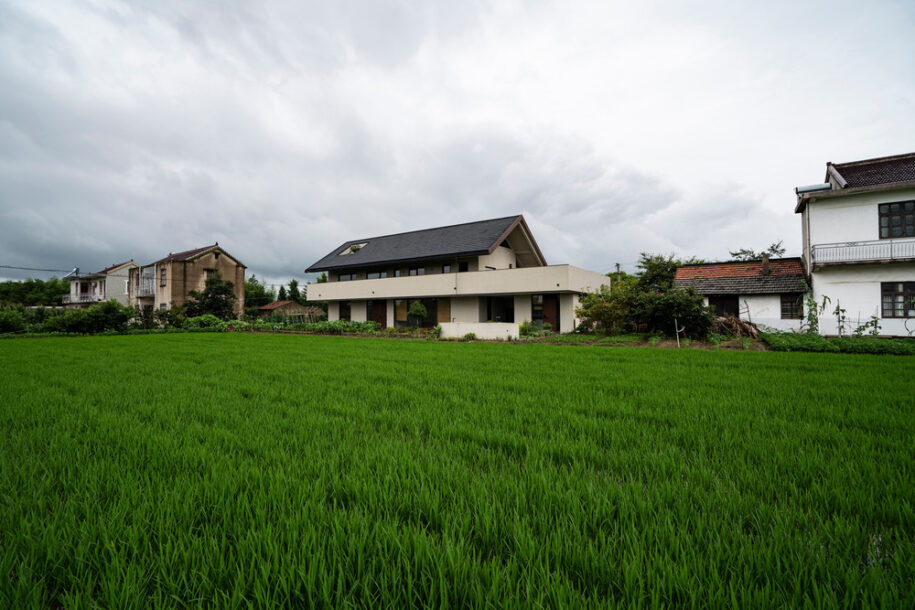 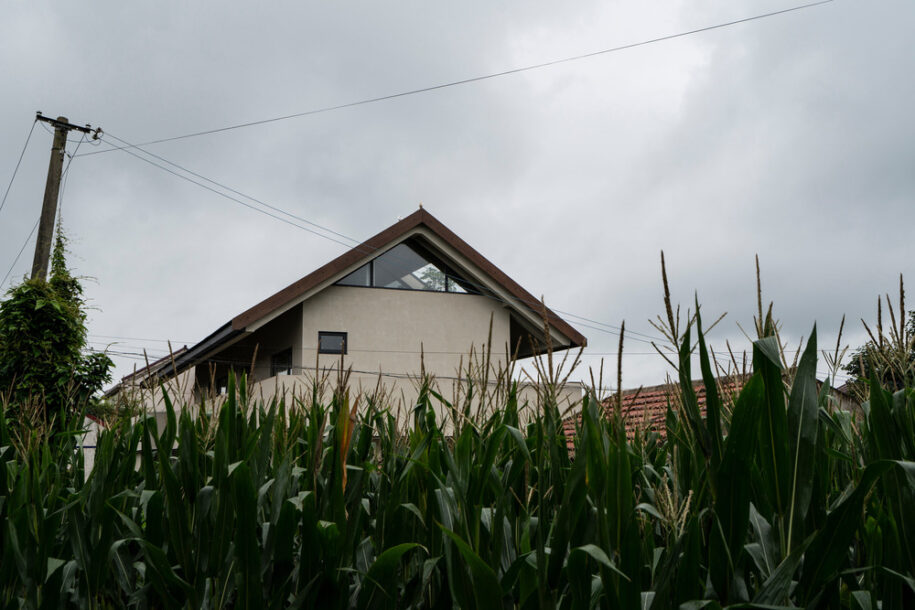 The countryside of China has in recent years undergone rapid changes due to the national policy to encourage the development of rural areas. A large number of boutique hotels, B&Bs, tourist centers, Instagram-able Cafes, bookstores were erected amidst the beautiful scenery of China’s suburb. These tourism-driven projects generally existed as products that add value to developers’ investments and depict a rural utopia. They have recently become the typical model of rural rejuvenation in China. Contrary to this typical and utopian model, House G is an atypical mode of rural intervention in the way that it is an architecture designed for a local family, rather than for investors. The design is honestly based on the true and fundamental needs of users and their living experiences. 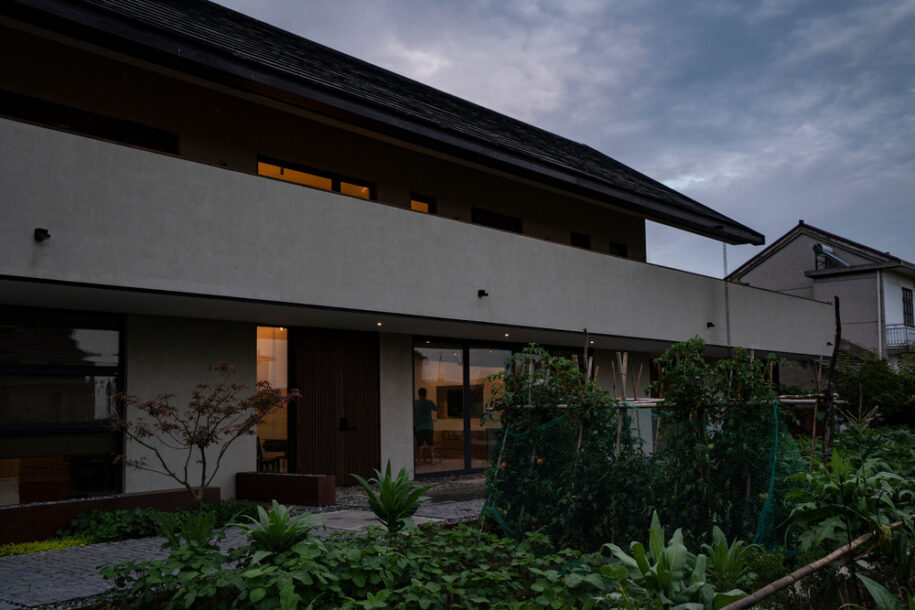 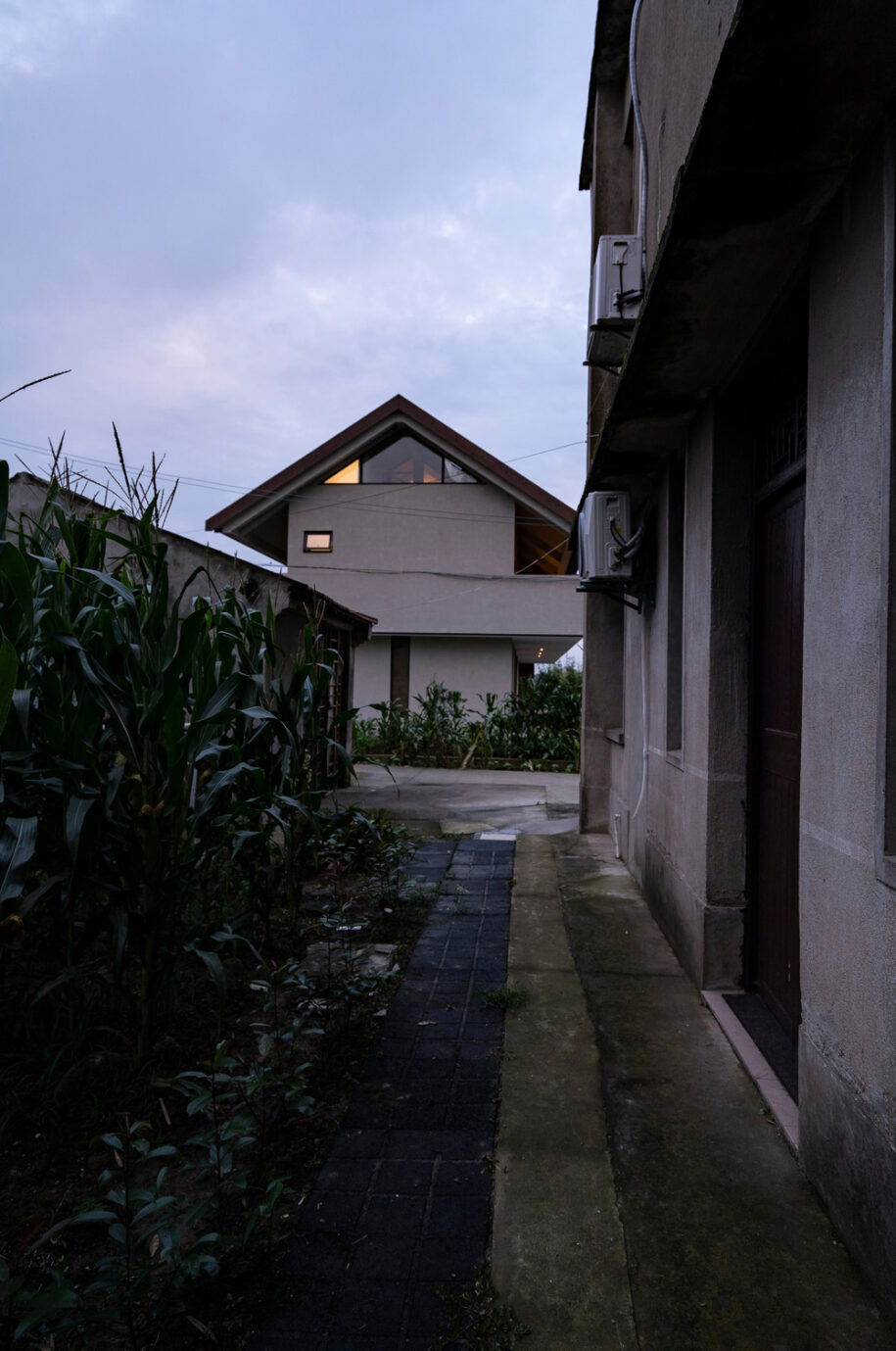 It is a house that reflects the daily domestic lives and activities of the family, as opposed to being a spectacle inserted in the suburban landscape. 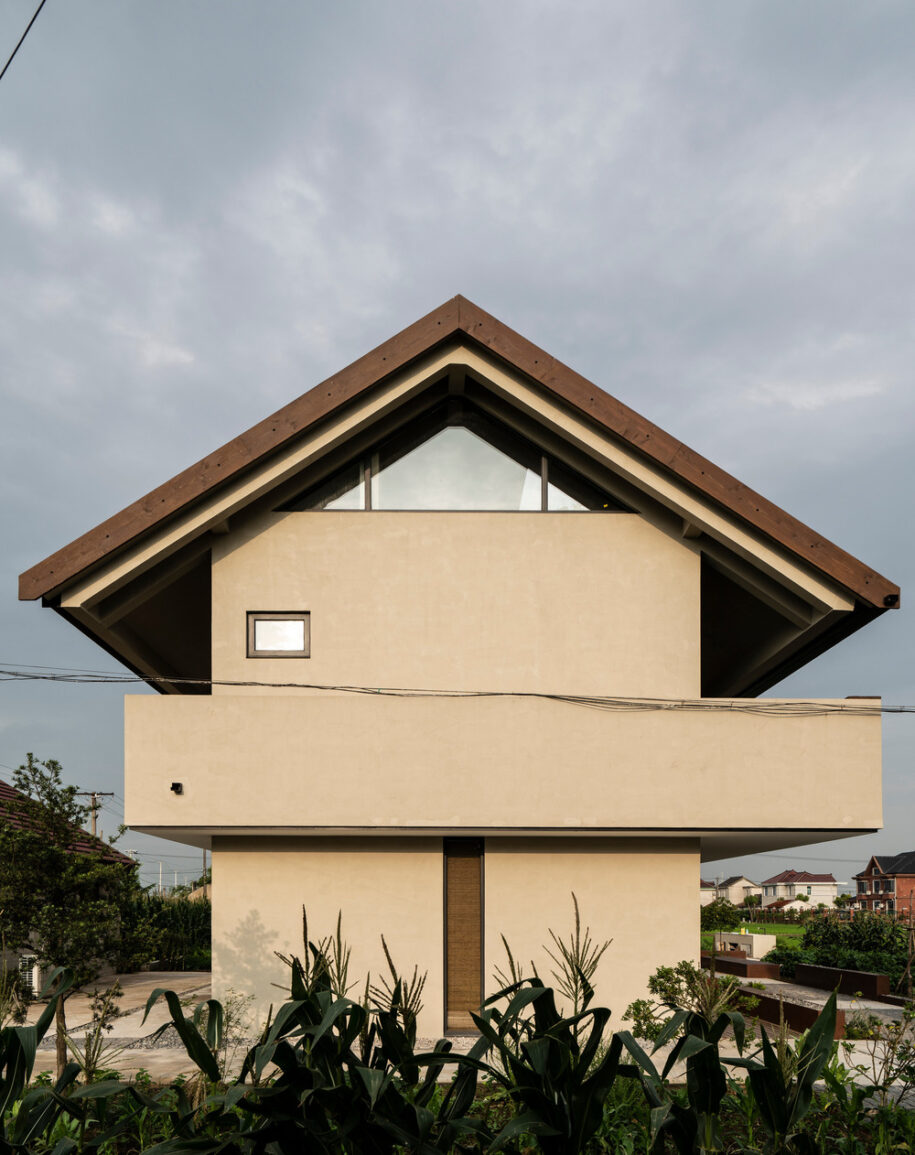 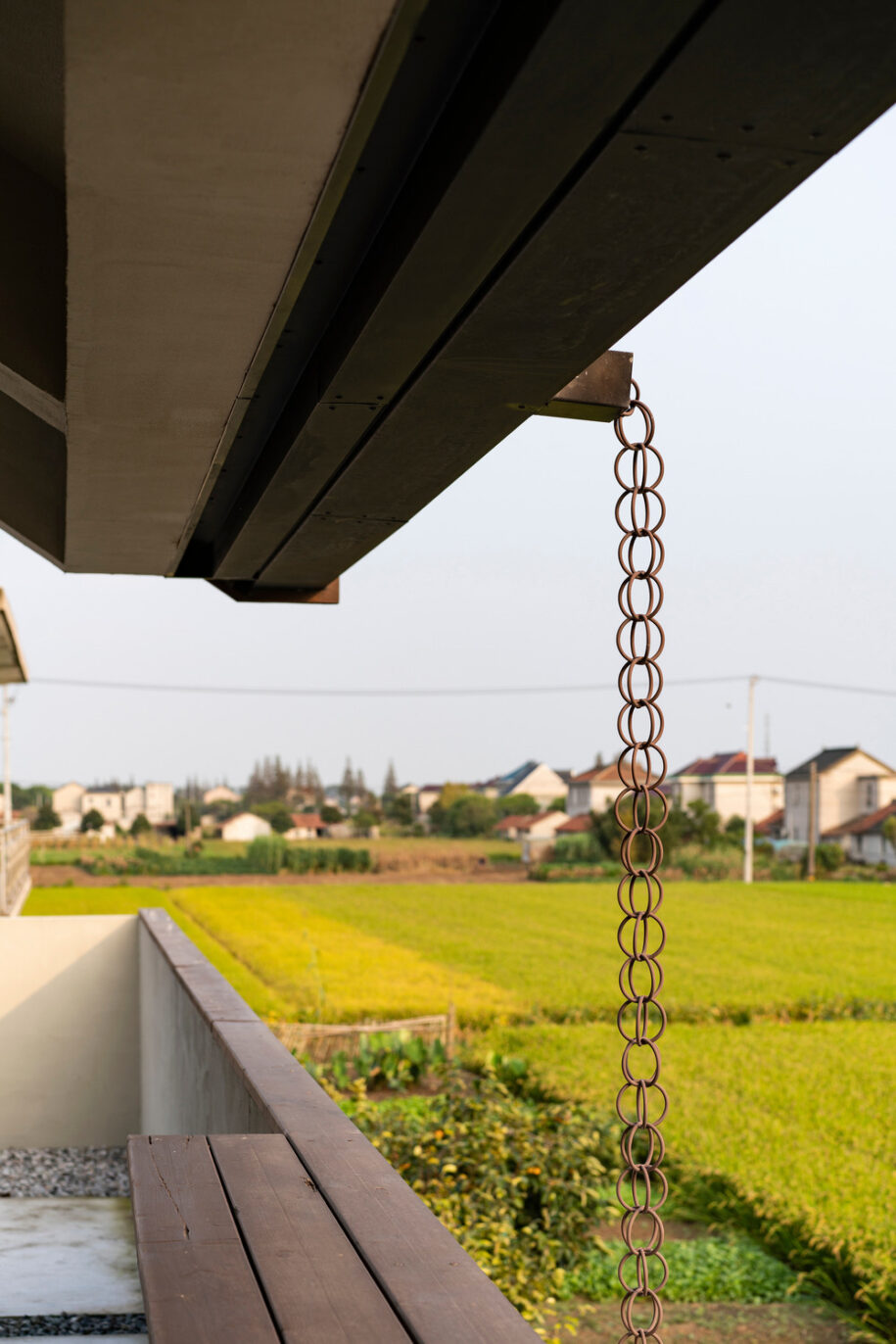 House G is located in a suburban village two hours away from Shanghai. The client is an aged couple whose children live in downtown Shanghai but occasionally visit. The village has a set of serious regulations governing the design of the houses in terms of areas, height, orientation etc. Local customs such as superstitions or cultural traditions and beliefs form another layer of constraints. The two sets of “rules” basically define the current domestic vernacular landscape in the rural areas of Yangtze Delta Region. As a response to these constraints, the house adopted a form that elegantly and humbly exists in the surroundings as opposed to being an icon imposed onto the landscape. It took the form of a linear pitched-roof longitudinal volume that naturally blends in the context. The south facade is elongated to increase exposure to sunlight and views towards the paddy. Extended roof and continuous balconies emphasized the horizontality of the house, which perceptually reduces the height of it, and unifies the two separate volumes into a whole. 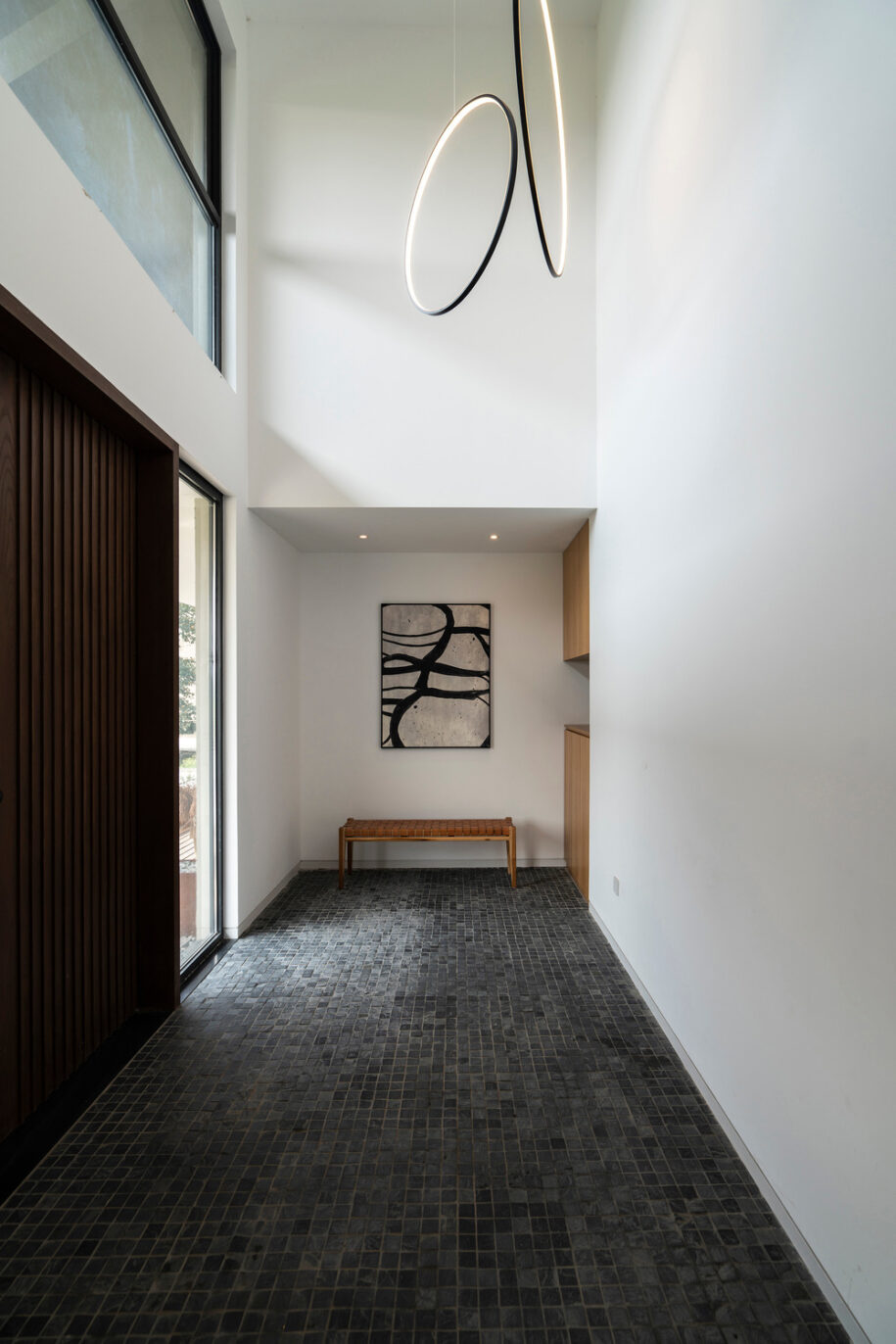 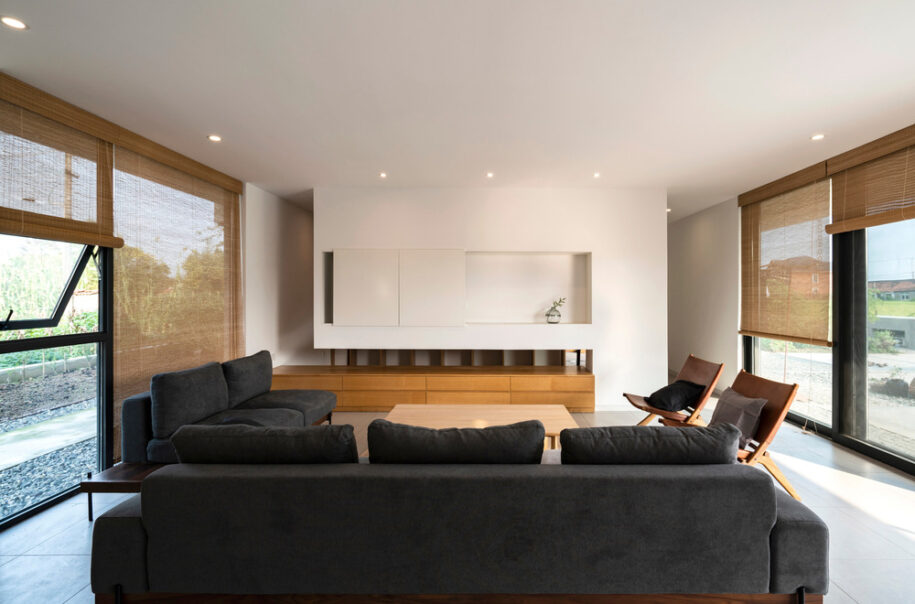 The overhanging horizontal roof is also an element derived from the traditional vernacular architecture in Southern China. 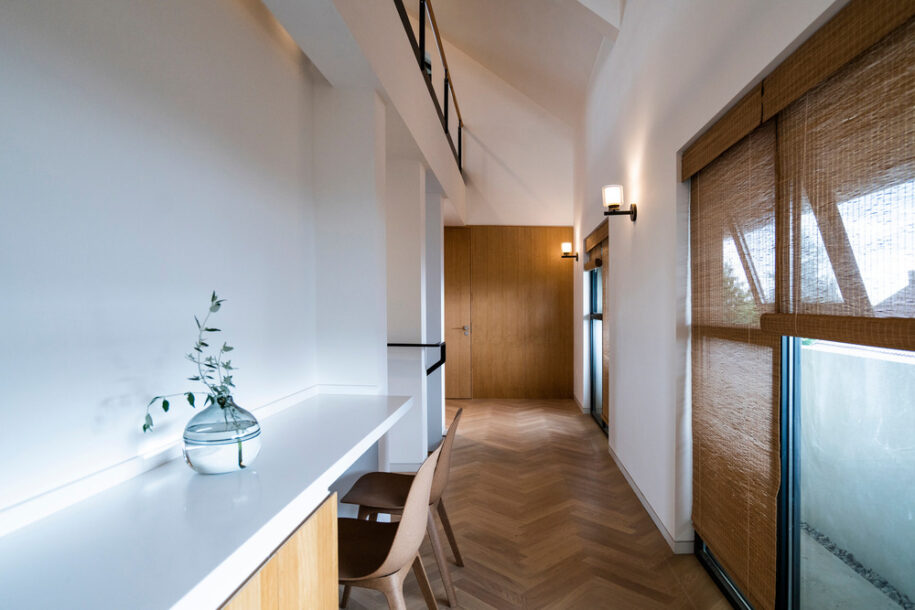 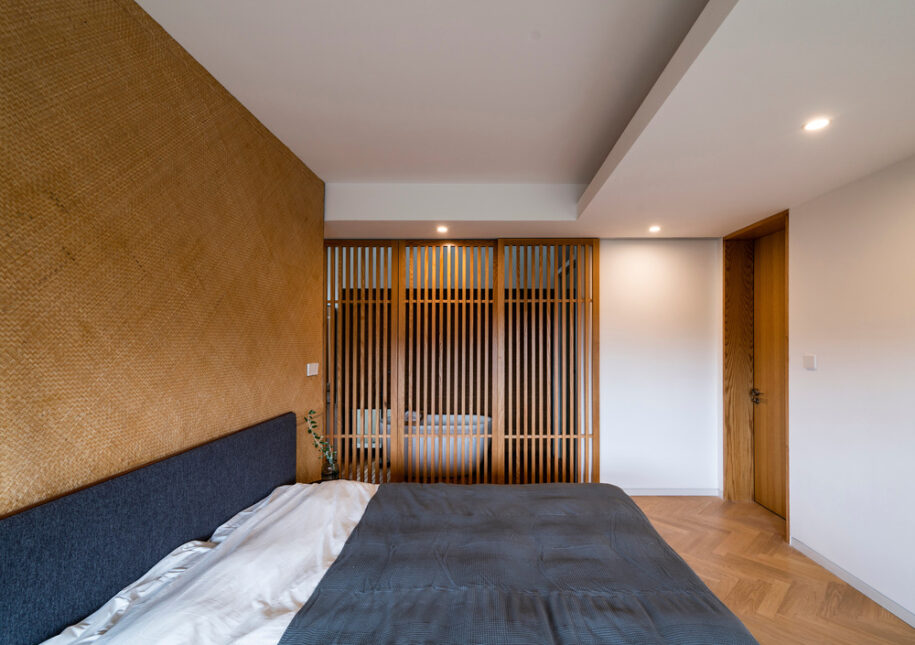 The first level of the house was designed to reflect the mode of communication and living habits of the house owners. The concept of publicness becomes hierarchical and was manifested in various spatial manners. 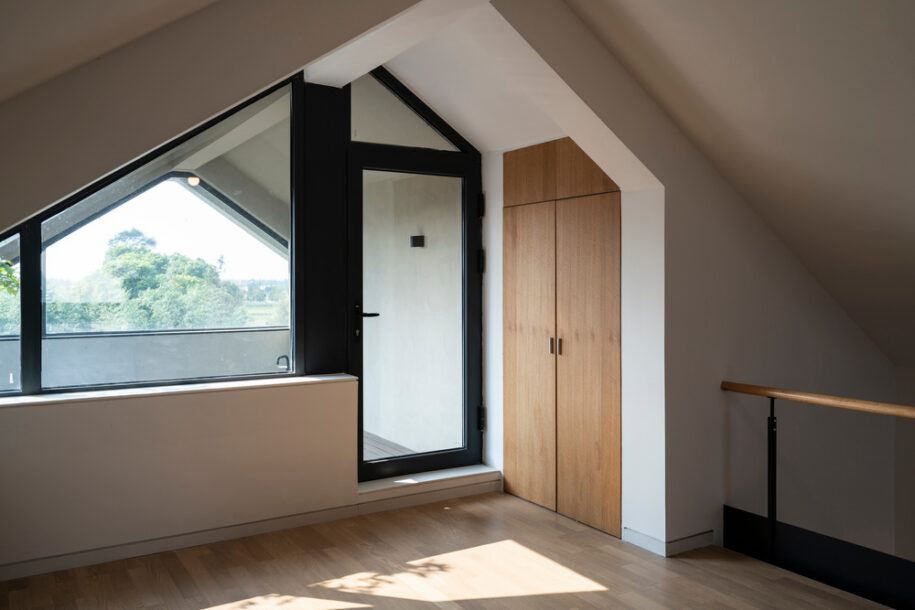 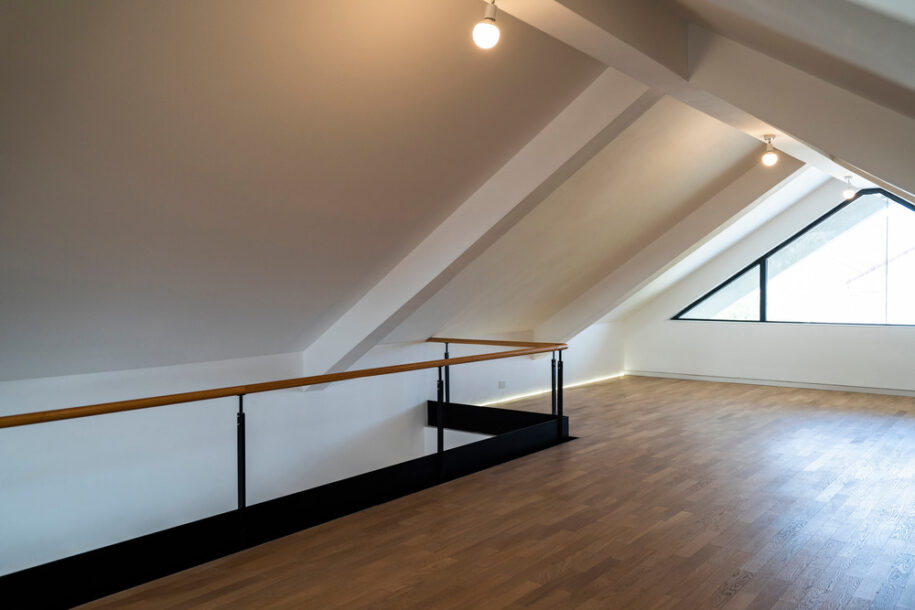 Contrary to a residence in the city or a weekend house of urban dwellers, a vernacular house in the village does not only fulfill the needs to live but also the needs to produce and interact with neighbors. 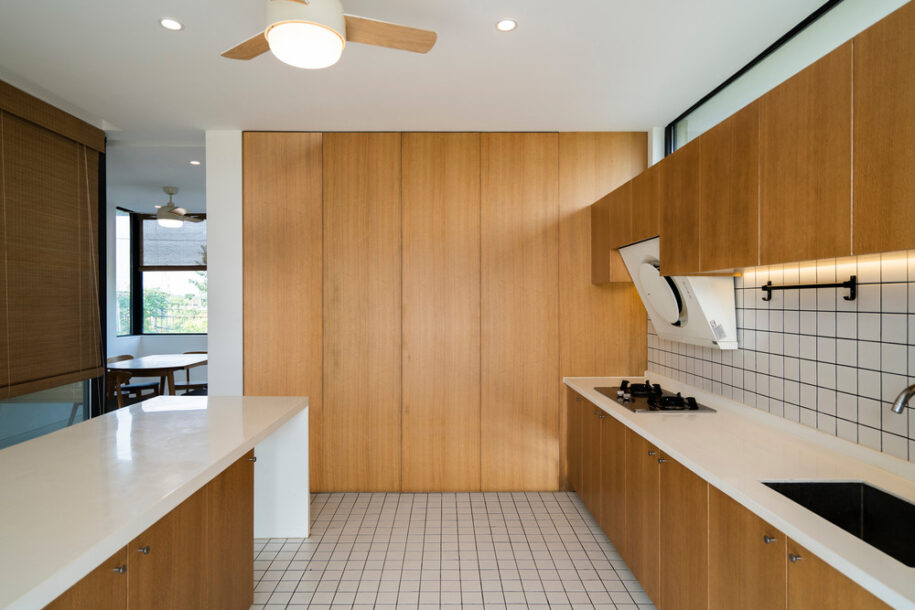 The yard on the South is the most public area of the house. It functions as the official entrance, a place for food production, and a place of interaction. Part of the southern yard is reserved for growing of crops and locally-grown vegetables. The earth still firmly ties to each village resident in terms of emotion, security, a reference to time, and food production. Another part of the yard becomes the extension of domestic life from the interior outwards. Benches and outdoor washing sinks are placed at the periphery of the court. They subtly define the boundary of the property and provide spaces of interaction between the house owner and their neighbors. The extended balcony on the second level not only provides shading and protection from rain but also defines an area for neighbors to gather. 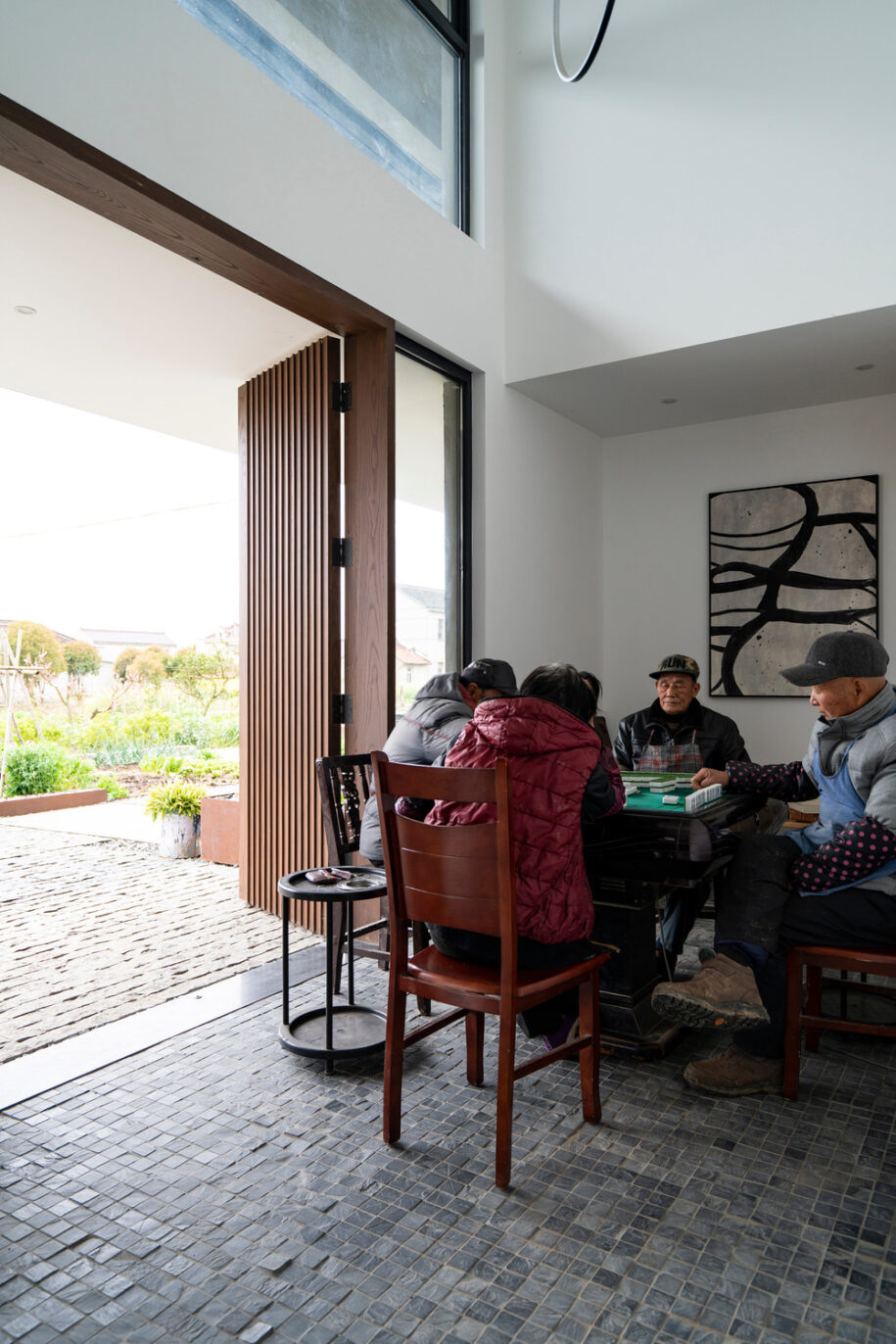 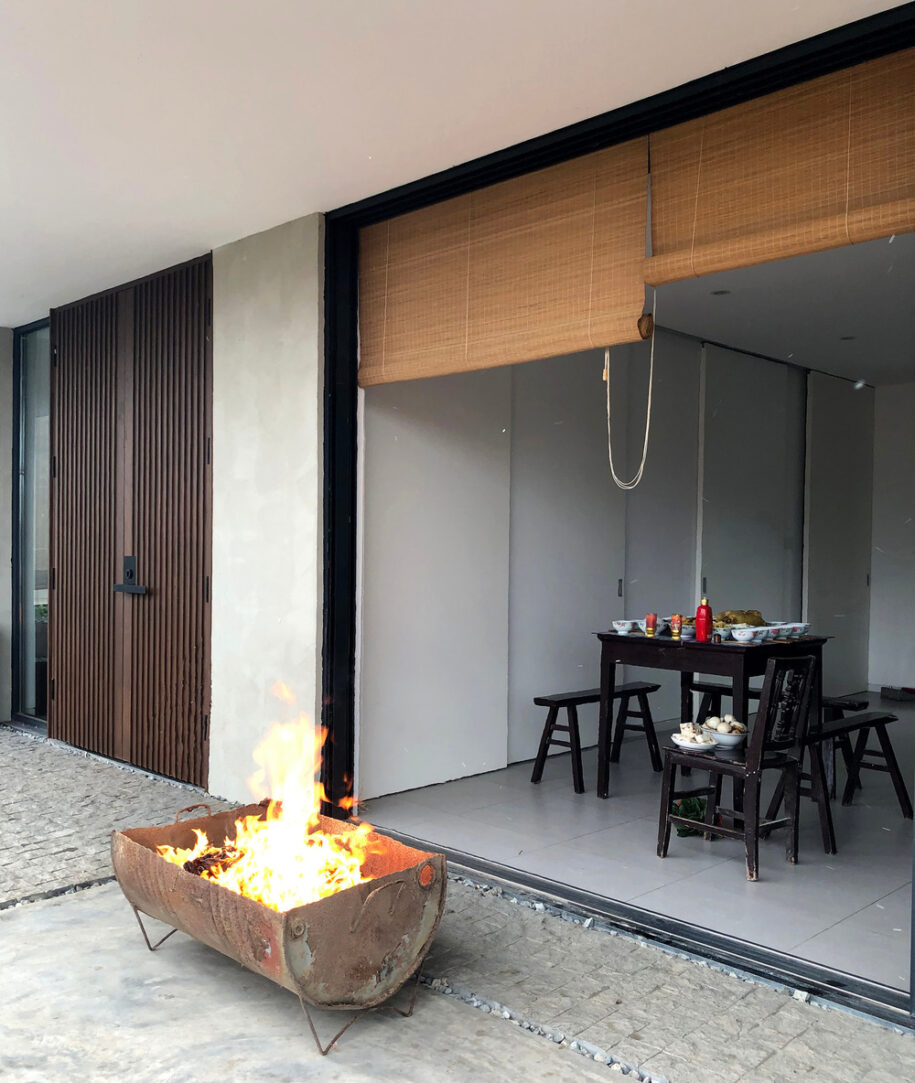 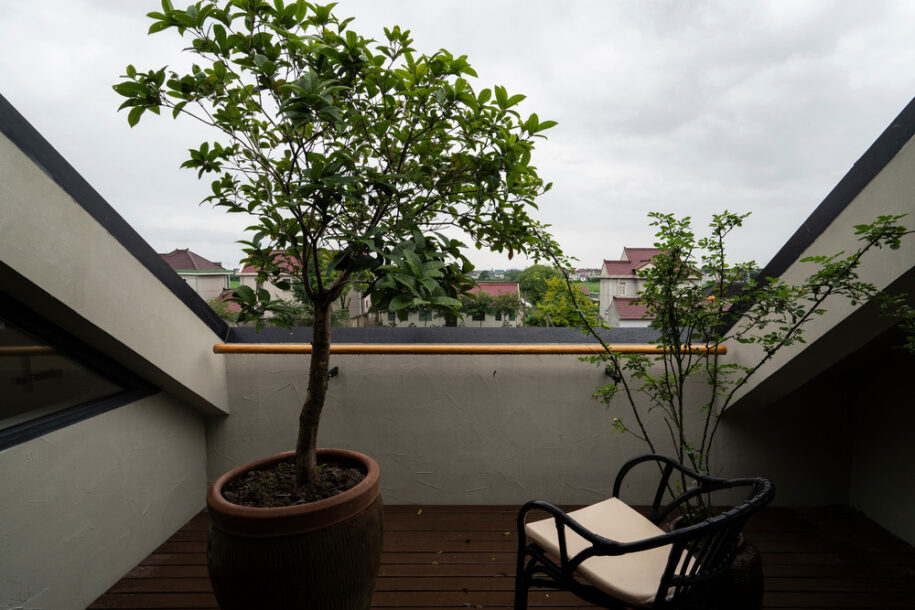 The foyer of the house is not merely an entrance, but also a leisure space for the house owners to play Majong with his neighbors. The living room performs not only as a space of gathering for the family but also is a religious space to worship the ancestors during special occasions. The second level of the house is the private domain and a place for mental retreat. Washrooms and bedrooms for the owner and their children who sometimes visit are connected by a double-height corridor which spatially extends upwards to the mezzanine on top. A bar table is placed in this corridor to provide a “node” for the family to have a cup of tea and relax, thus eliminating the nature of the space as pure circulation. 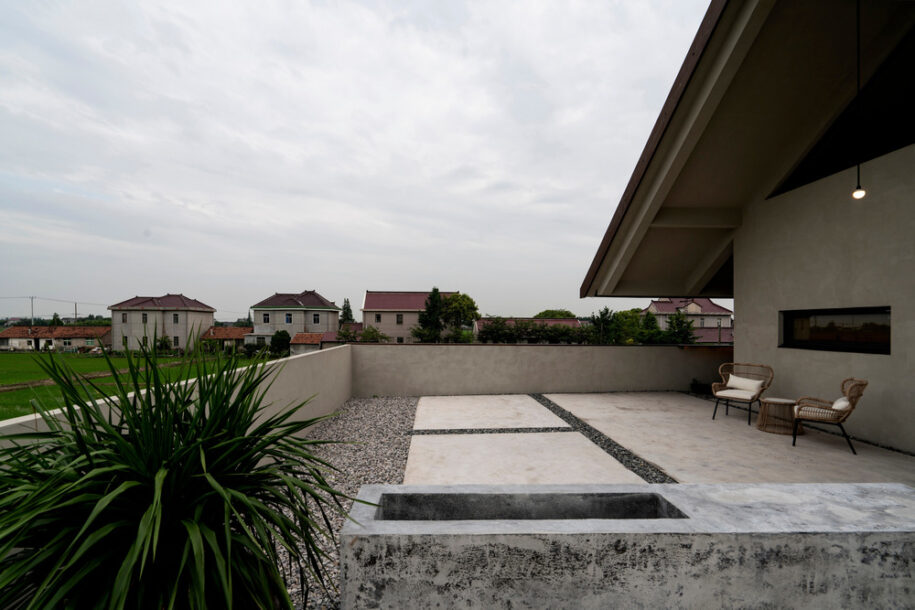 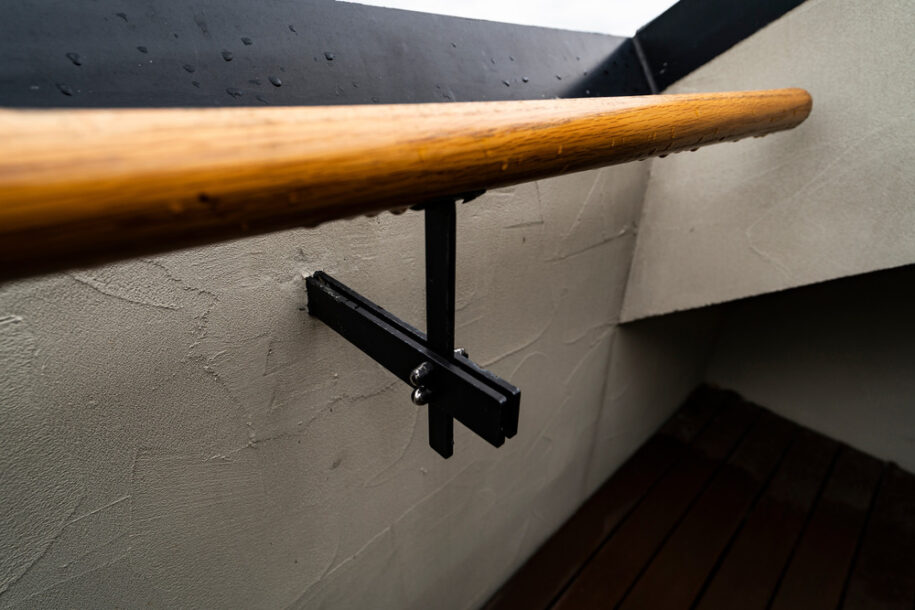 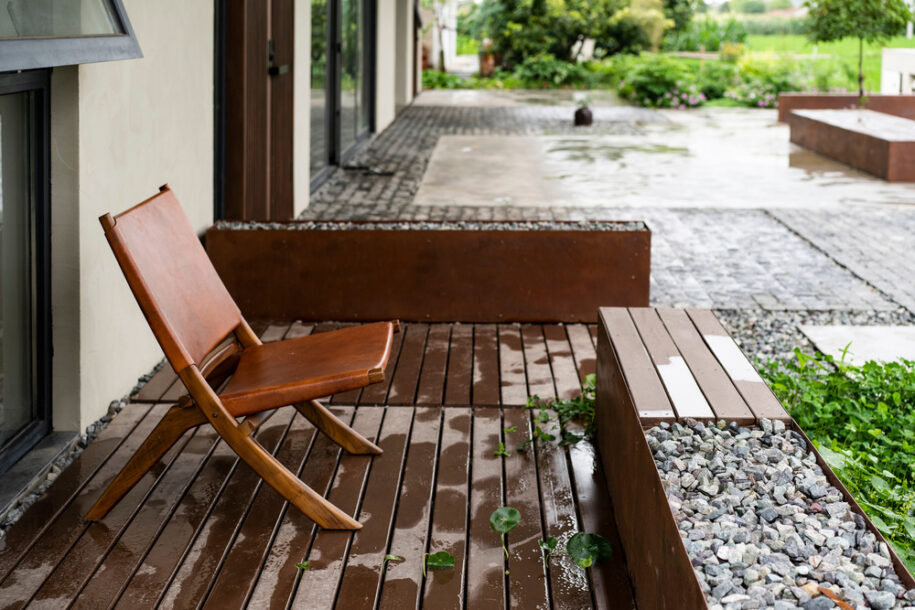 The continuous balconies and terrace is an extension of interior spaces on the second level. They provide a chance to enjoy the great views of the surroundings and a place for family members and close friends or relatives to gather without being disturbed by the neighbors. The small courtyard on the mezzanine level is the most private area of the house and is only used by the family members. It is a place to read, reflect, and contemplate, especially for the owner’s daughter who resides in the city and occasionally returns and seeks solitude. 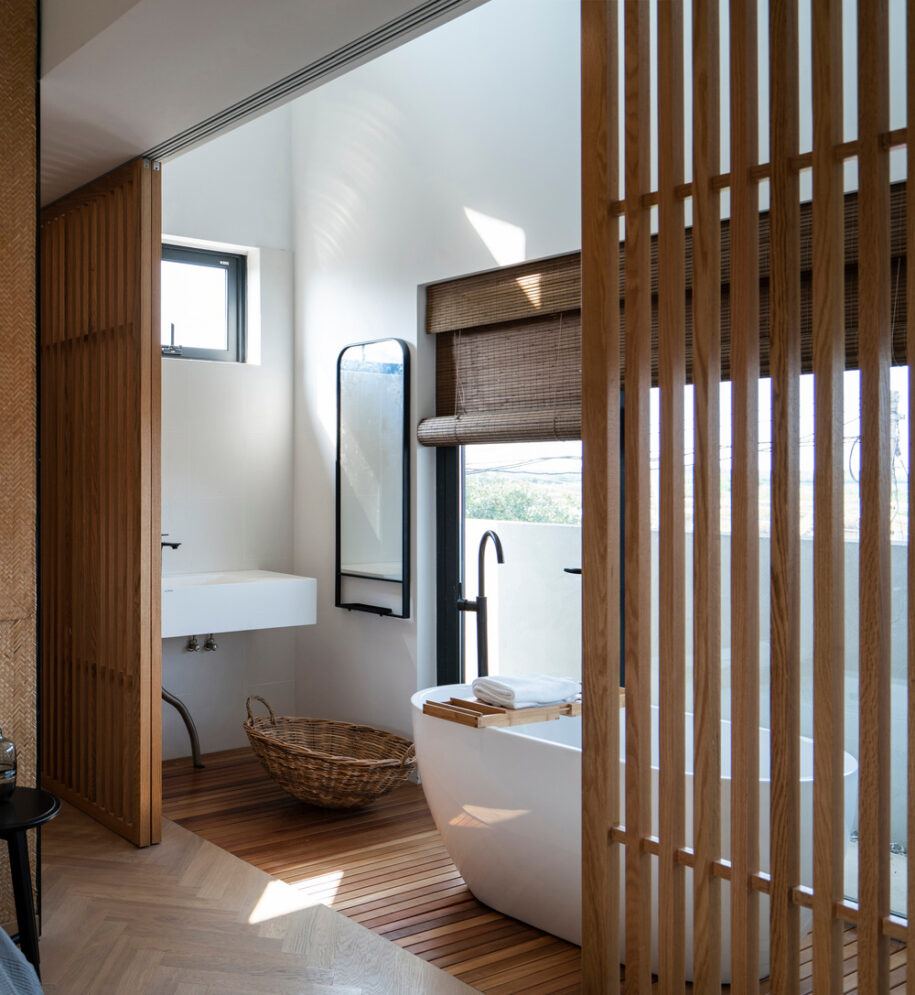 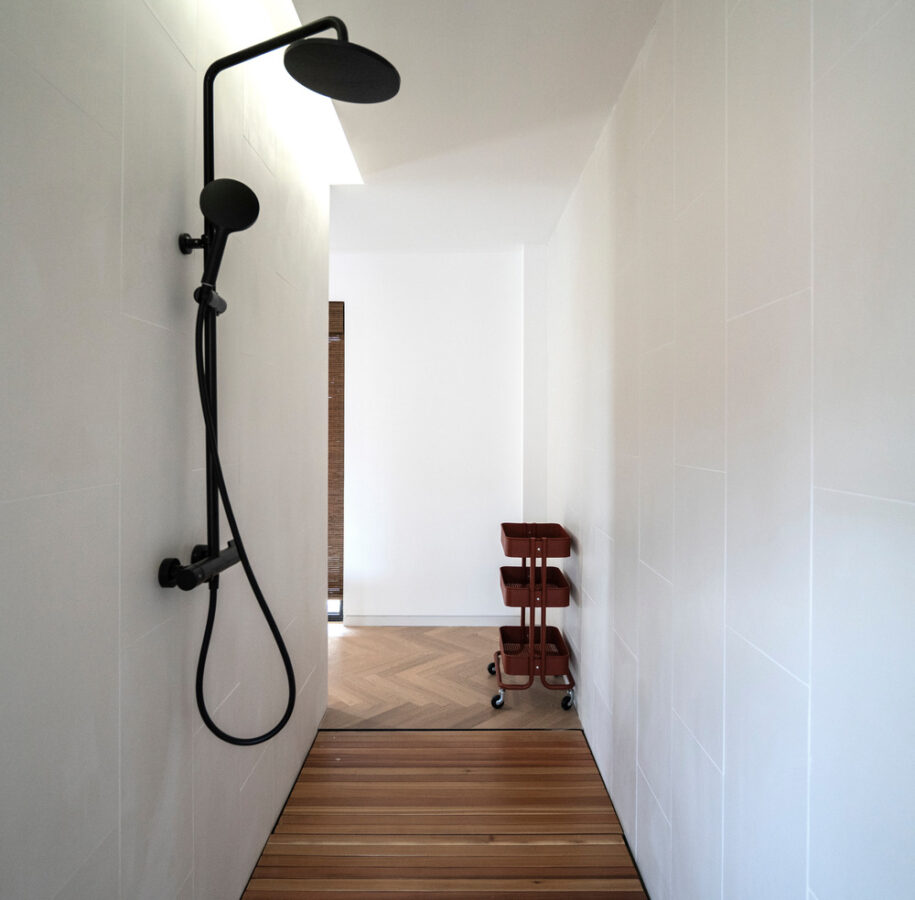 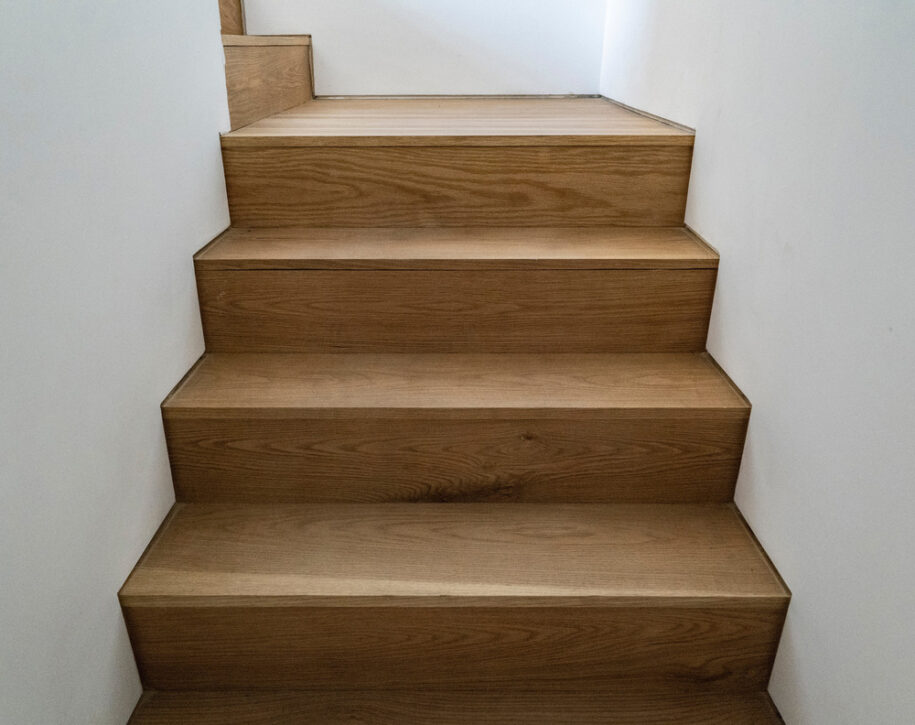 The ordinary versus the spectacle

House G offers us an opportunity to re-think and challenge the utopian mode of development going on in China’s countryside. Should the countryside be the next testing ground for architects and investors to impose and create icons and spectacles? Or should rural rejuvenation be a reflection and improvement of the local needs and habits? 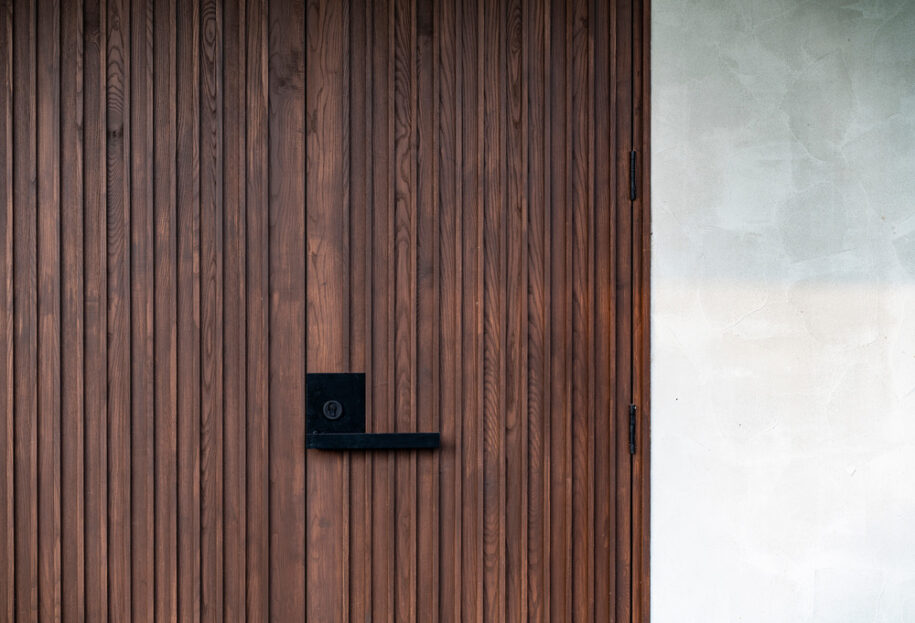 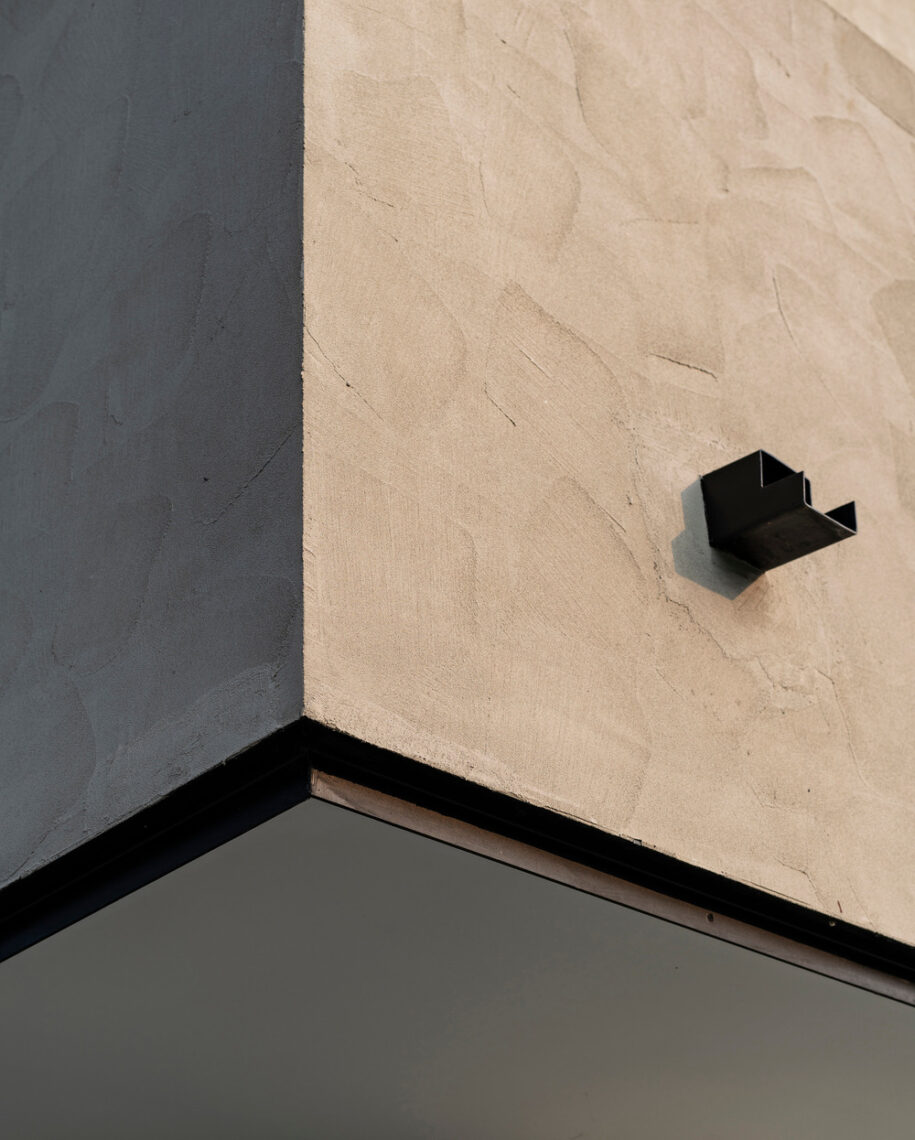 House G takes a humble attitude and offers a new perspective in defining the domestic and vernacular landscape of Shanghai’s suburb. 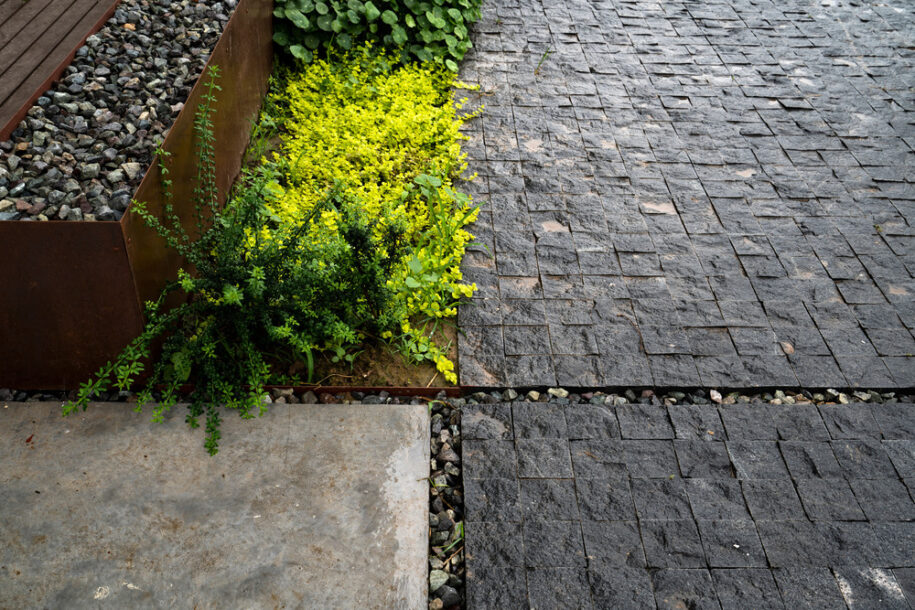 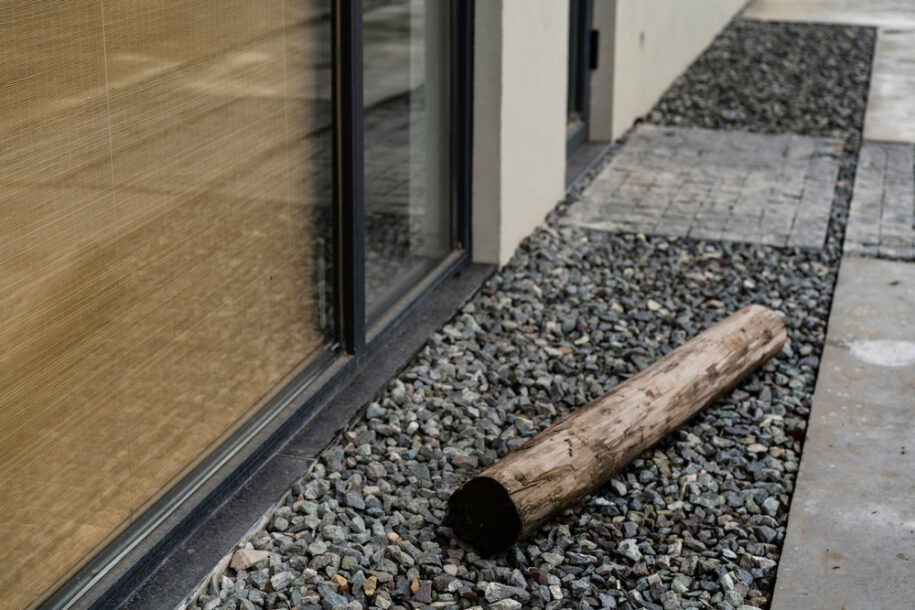 Interval Architects is a Shanghai-based architecture design practice co-founded by Oscar KO and GU Yunduan. The practice critically examines issues relating to urbanism, architecture, and the environment. We believe that architecture should possess qualities that reflect the specificities of its context and become a spatial production that belongs to a certain place and time. The practice has completed several representative projects including Tower of Bricks, Raffles Kindergarten Complex, and 1/2 stadium. 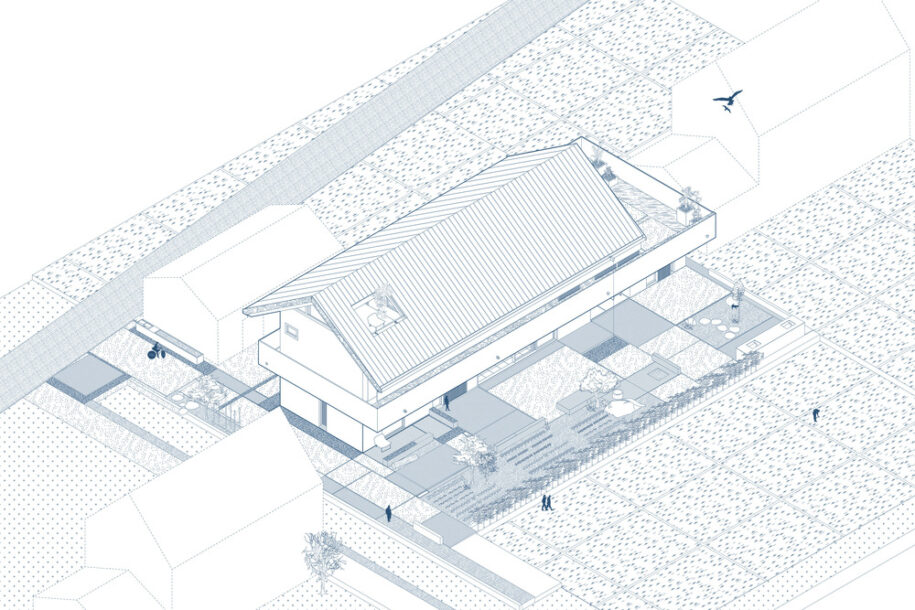 by ANGELIKI ASIMAKOPOULOUArchisearchhttps://www.archisearch.gr/wp-content/uploads/BIERTUIN-WEST_MODIJEFSKY-24-370x700.jpg
SHARE THIS PAGE
WITH YOUR FRIENDS