The installation made by Francisco and Manuel Aires Mateus with their students is described by Yvonne Farrell and Shelley McNamara, curators of La Biennale di Venezia 2018 as “a sensitive reflection, poetic and mathematical, about space”.

As Yvonne Farrell and Shelley McNamara underline “the ‘magic carpet’ image and first sketches we received for this FREESPACE proposal were beautiful and playful like a children’s story book igniting the imagination. The island of Laputa (Gulliver’s Travels) also came to mind suggesting the image of the Mateus Atelier as a floating island inhabited by intellectuals obsessed by mathematics, astronomy, music and technology.” 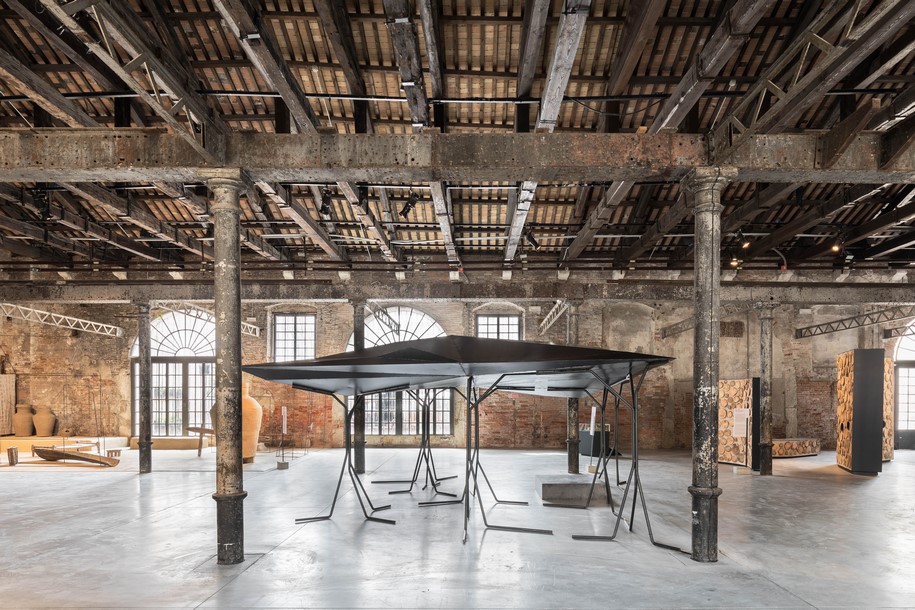 They also add that “all the sketches showed the scale of a human being, either as a spectator or as an inhabitant. This reflects their ethical belief that “architecture works principally for life”. Embedded in the love of the physicality and materiality of architecture, this space produced by their students exerts a poetic purity and presence so appropriate in the wonderful space of the Artiglierie.” 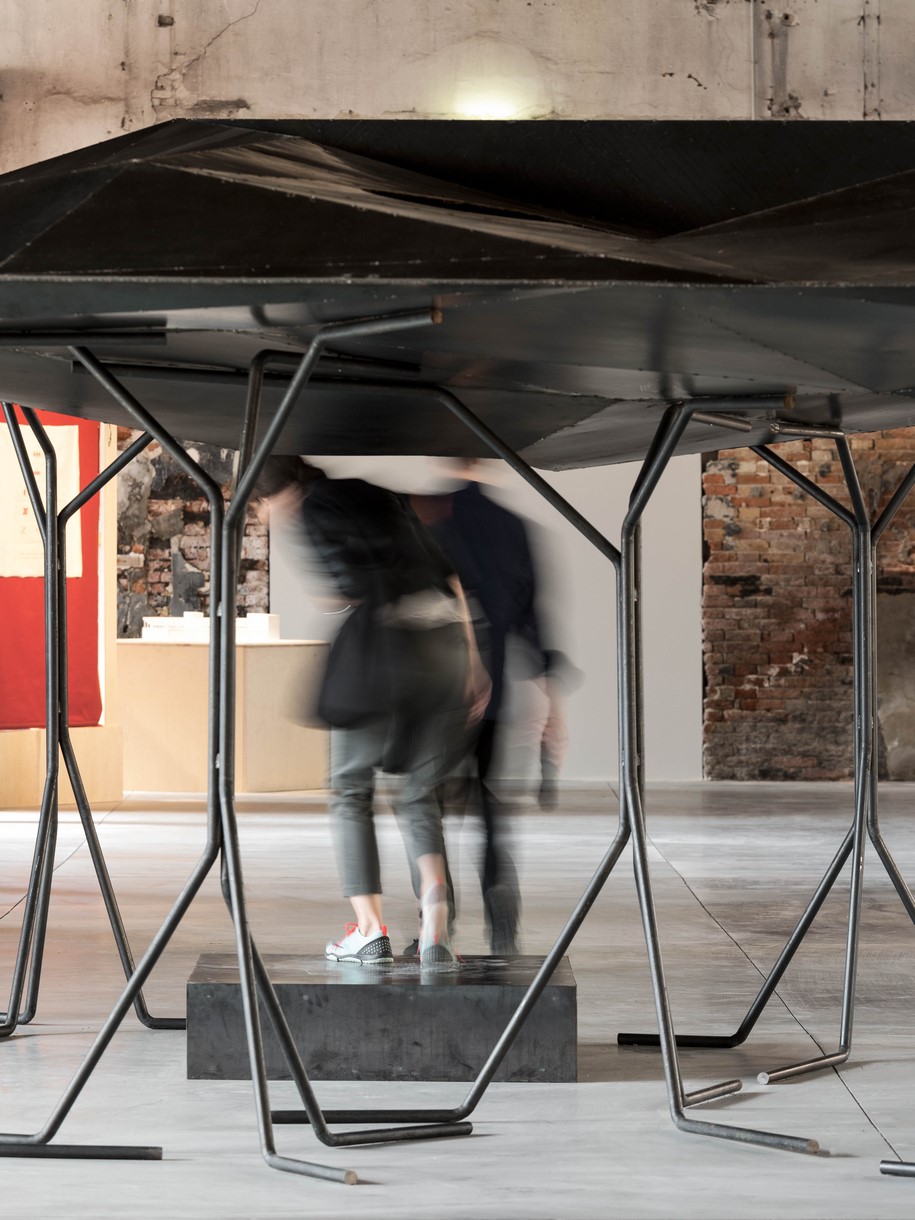 A reflection about space is proposed as an abstract element, materialized in a shapeless body, recalling uniquely the idea of space, not merely assumed as an interior but as an interaction between its limits and our perception. 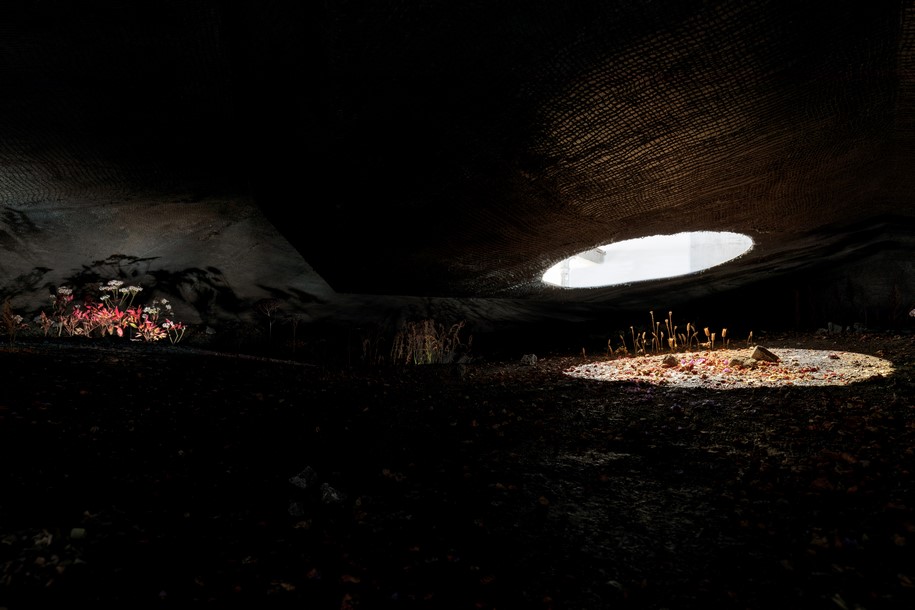 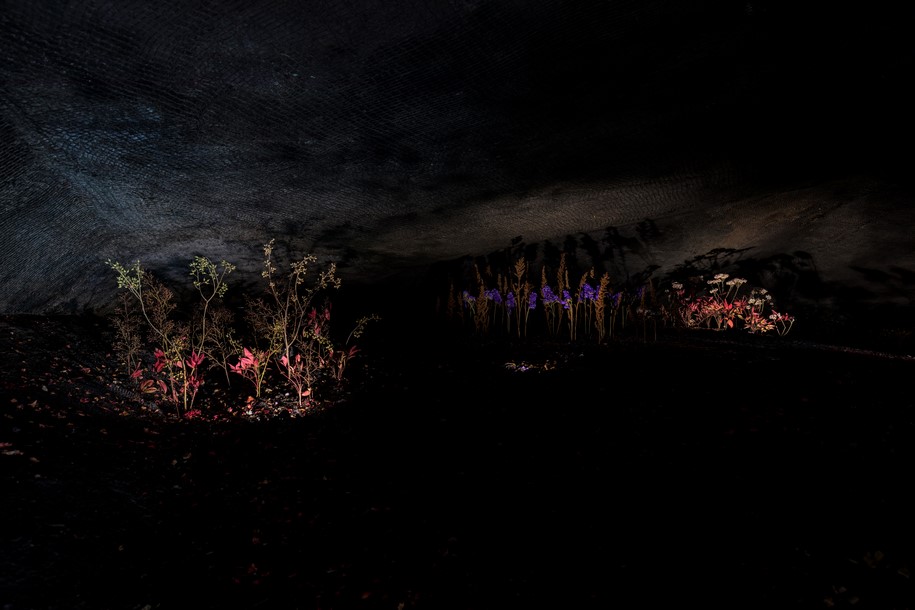 As in a forest, a compressed path in tension with an external cold surface hanging over the ground leads to a precise point; a turning point, when we emerge into a spatial experience revealing an endless territory of folded plans, an amendment of scale, a brief moment of concentration, silence and beauty. A sequence of roofs linked together like hanging limits is perceived by its tension with standing pavements. A finite sky vanishes until it touches the ground with more or less accuracy.” 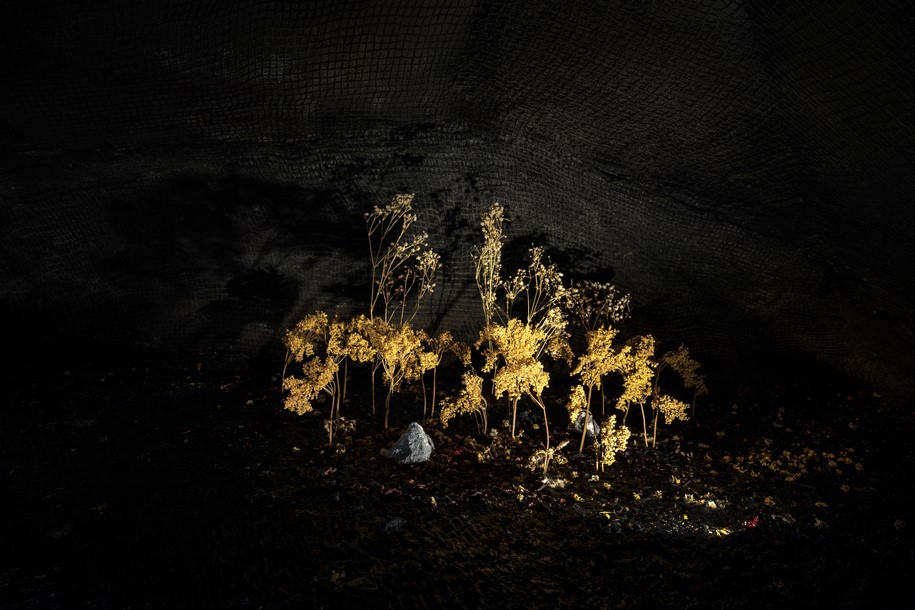 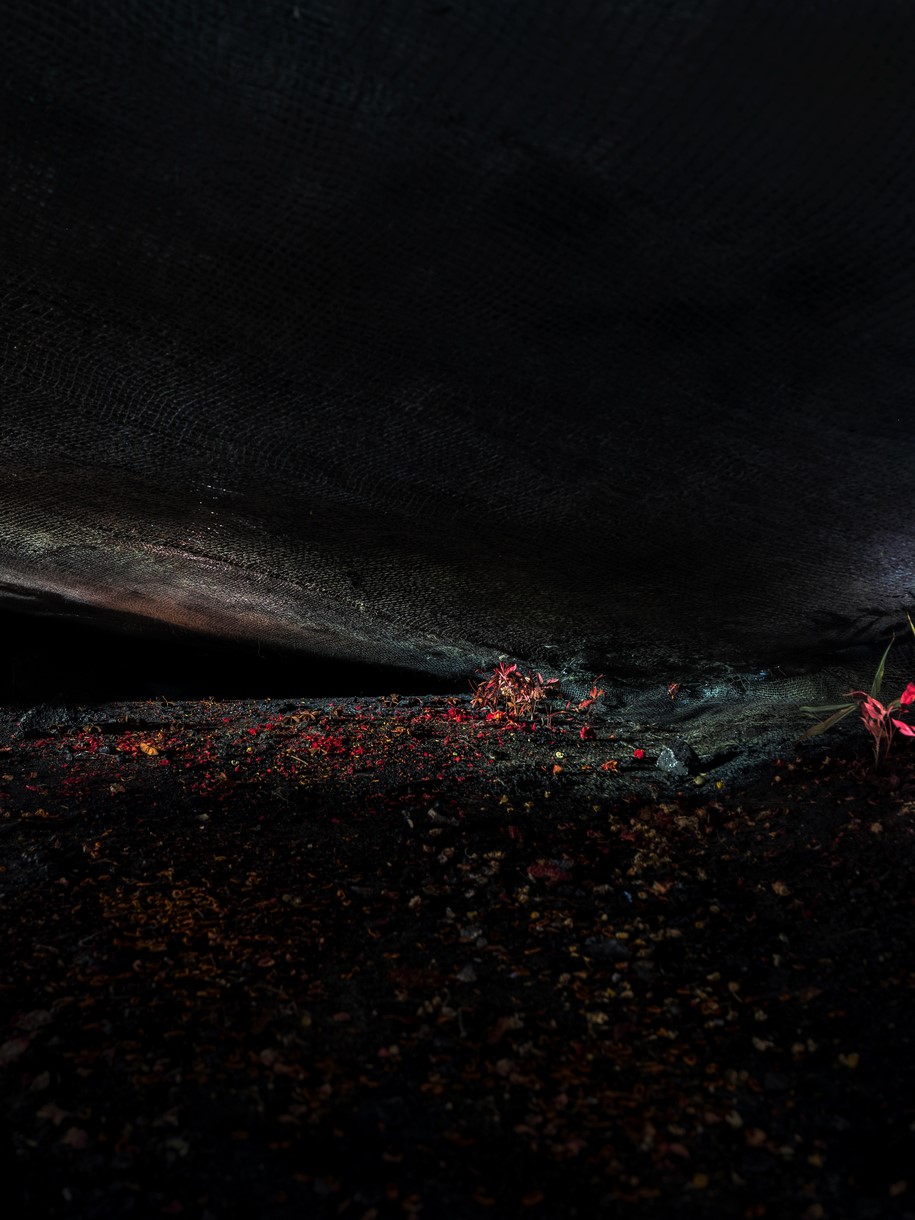 The inner ambience of an enclosed garden is suggested and materialized as the portrayal of a finite and protected paradise evoking representations in the classical depictions of all times.  Subtle textures or spots of color will emerge from the dark under a diffuse and warm light, evoking the beauty of controlled landscapes, blurring the limits between nature and artificial. 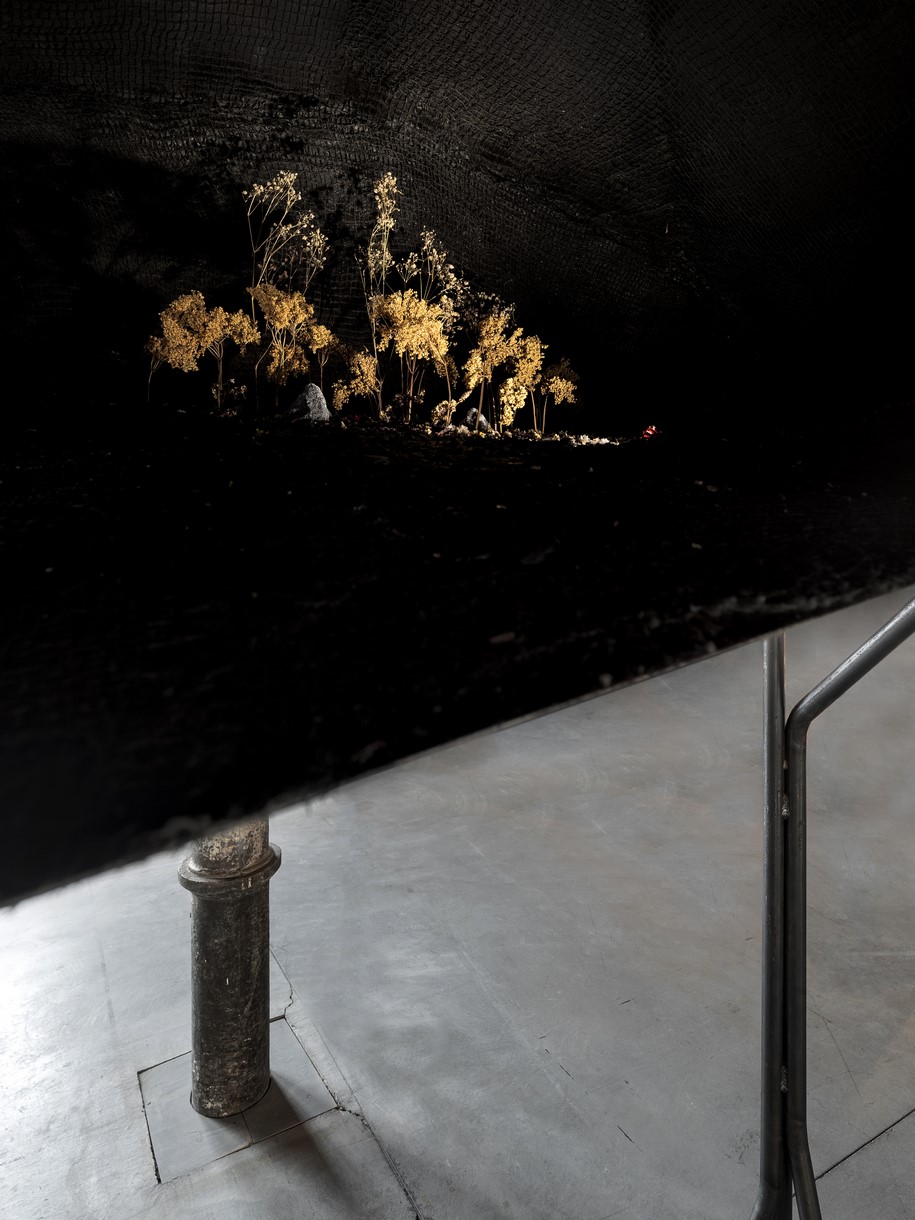 Peace and harmony, light and darkness, smells, colors or textures are called to inhabit a protective limit. 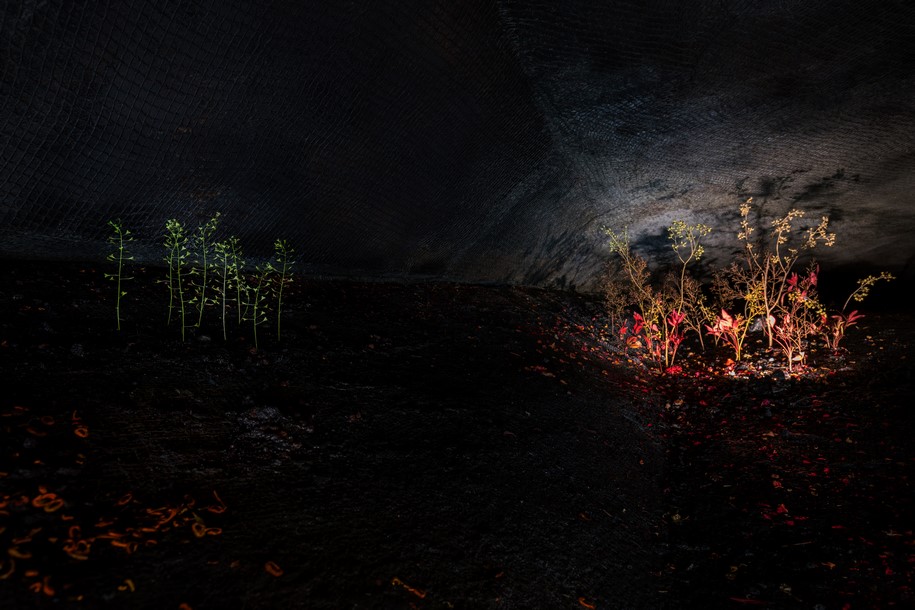 This is a possible representation of life. 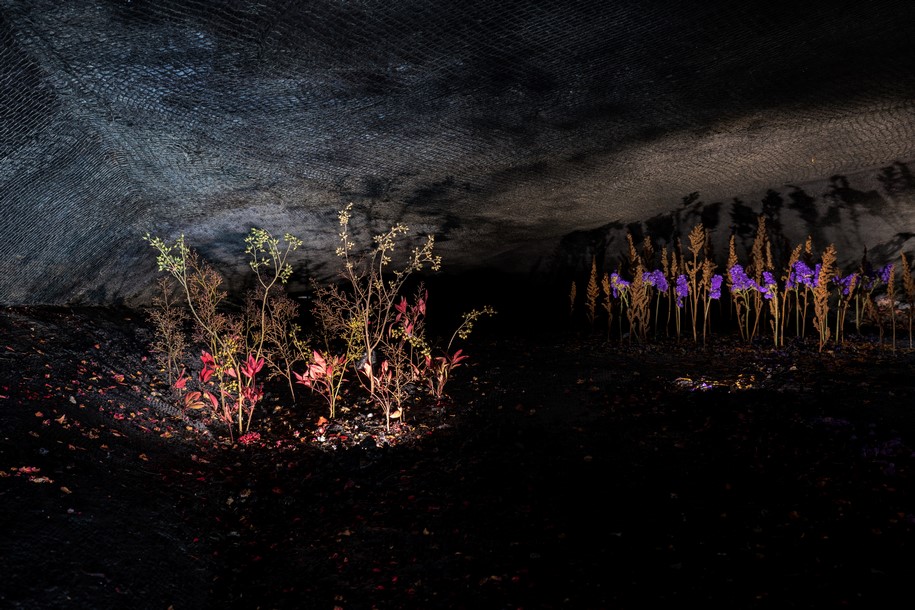