The Chapel of Silence, designed by STUDIO associates in 2017, is located on the top of a valley in a little town in the province of Brescia, Botticino.

The Chapel is situated on the border between the vast wild wood that dominates the landscape of the valley, which embraces the Chapel on three sides (North, South and East), and a vineyard in the West that gently slopes down on three cliffs towards the bottom of the valley, acting as a threshold element between the two territorial systems. 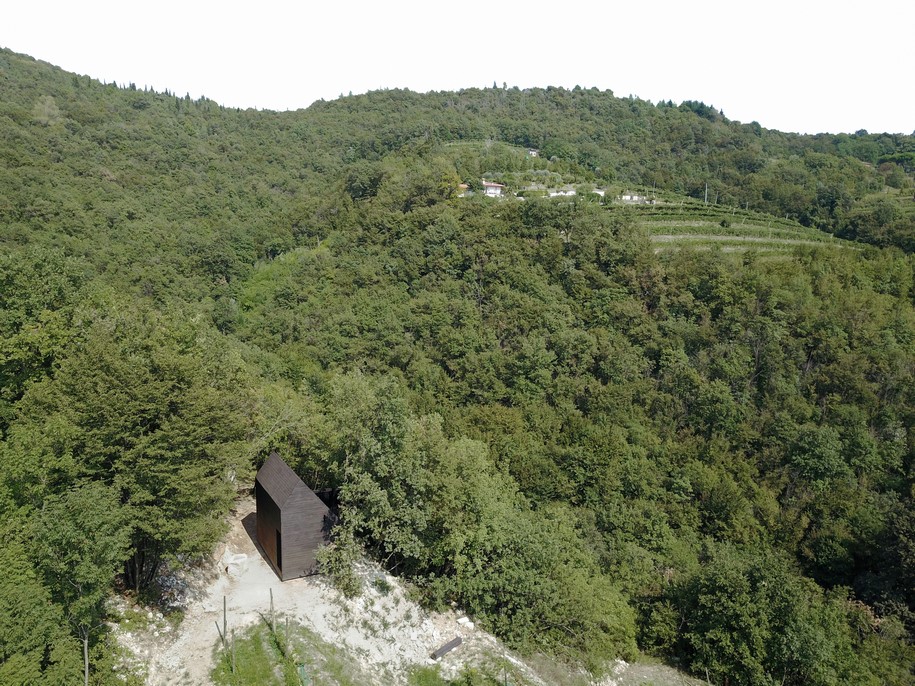 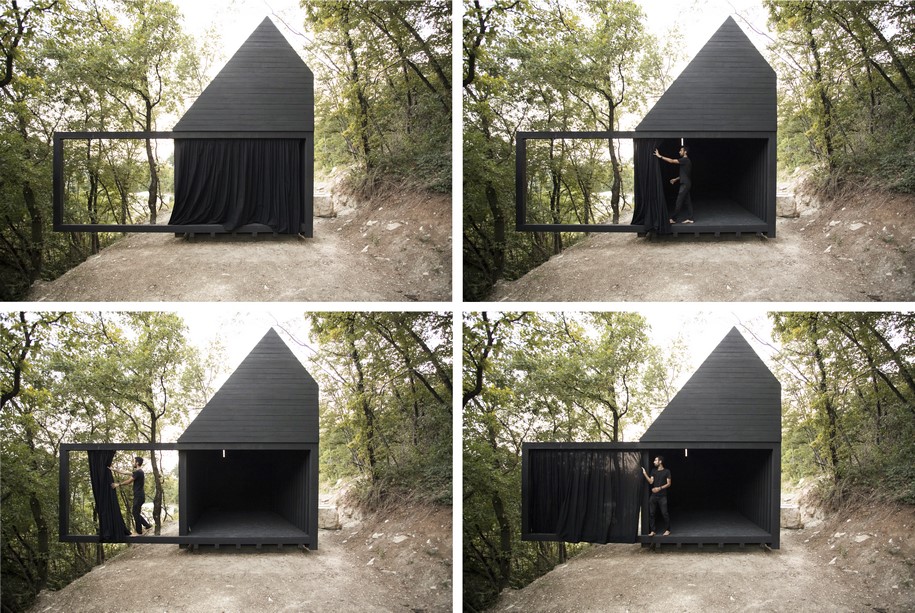 The Chapel is laic. It is born out of the desire of a local community formed by members of different religious beliefs.
It is meant to be a place of worship, silence, and prayer, suitable for everyone. 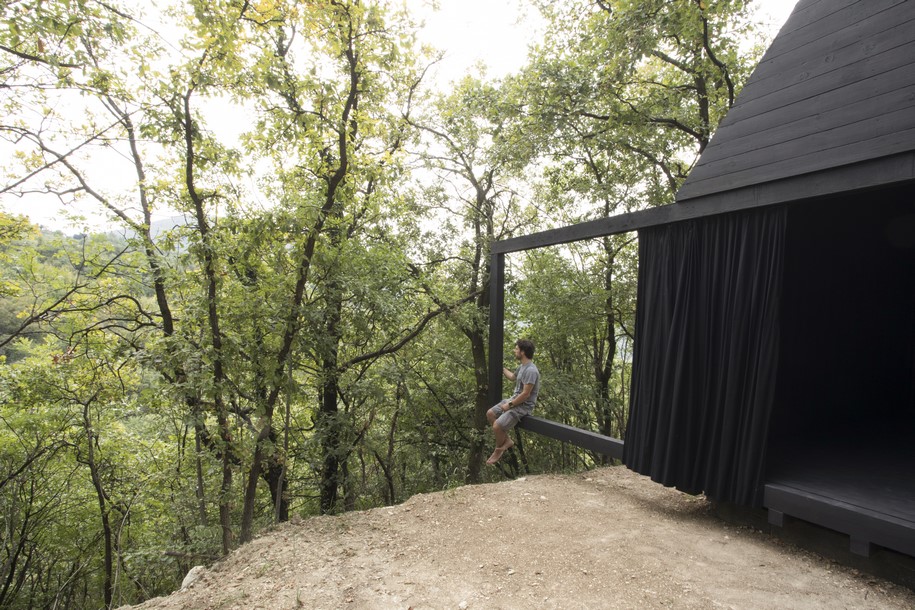 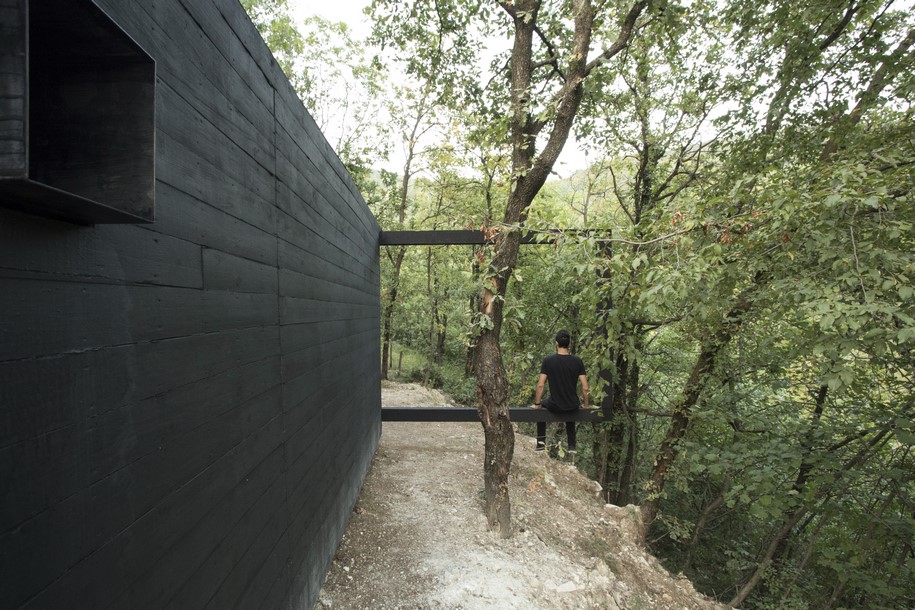 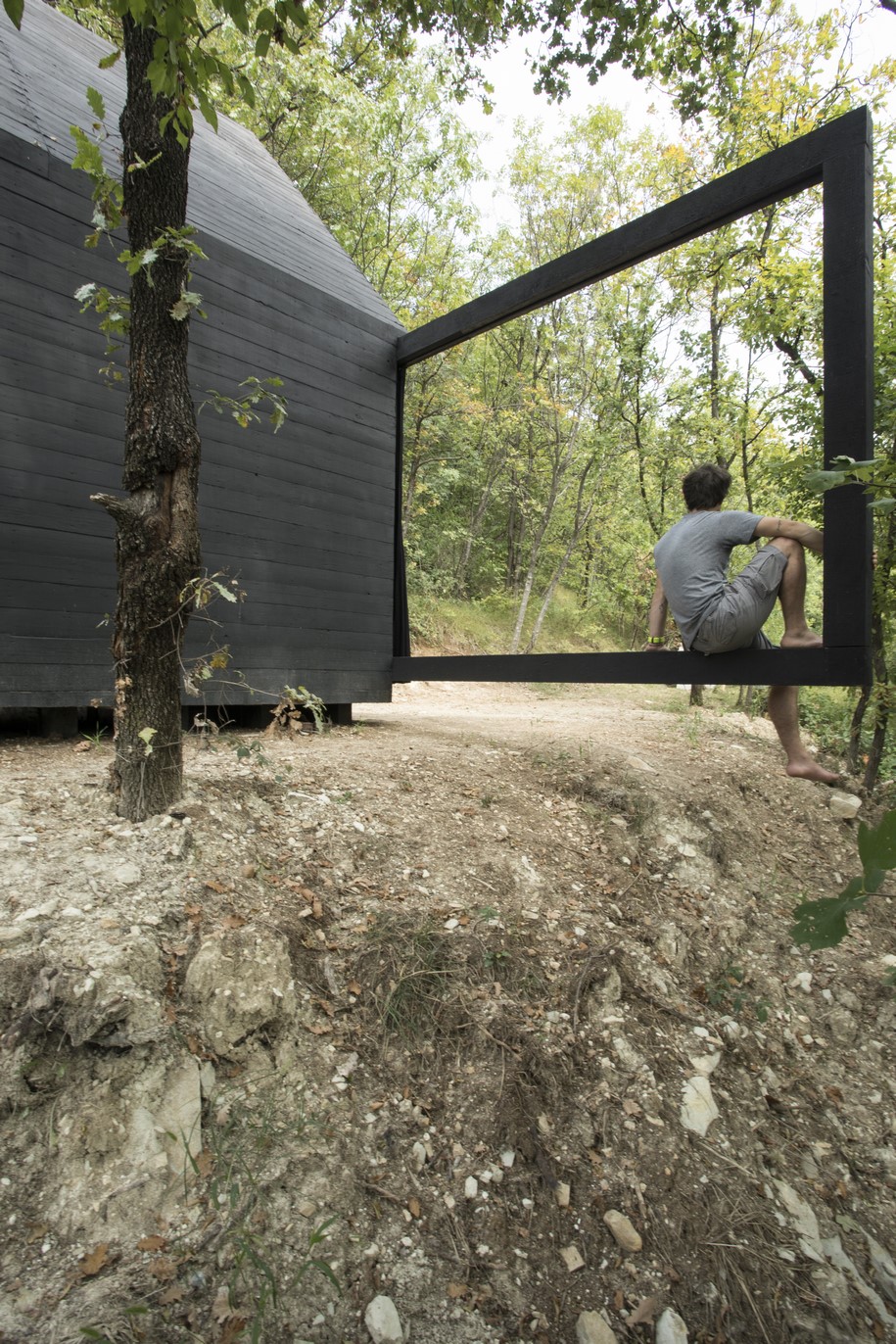 The arrival to the Chapel is preceded by a long uphill walk, on a trail that runs all along the vineyard.

Once at the entrance, you are welcomed in the Chapel that is suspended from the ground, by a monolithic element made of Botticino’s marble and excavated on the surface. This element serves also as a rainwater collector. 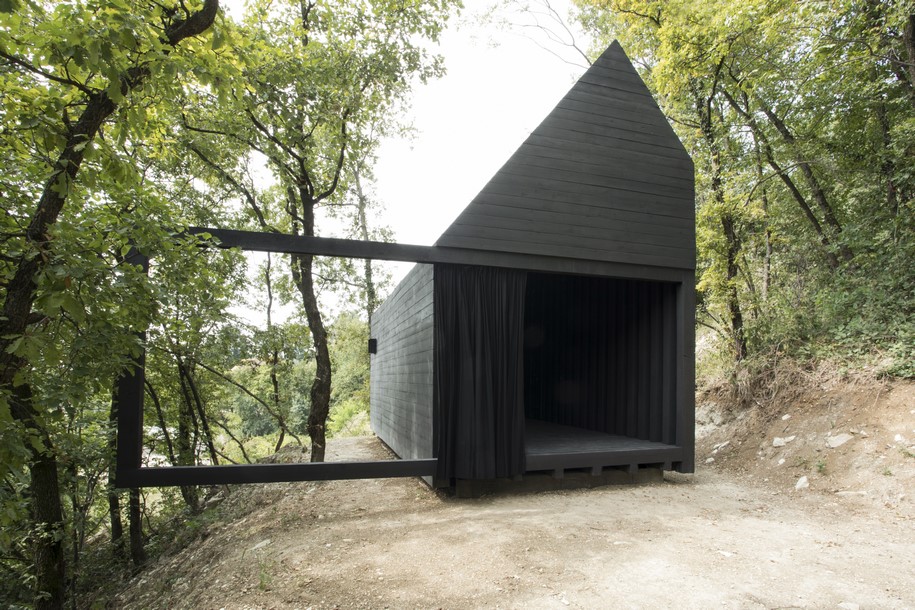 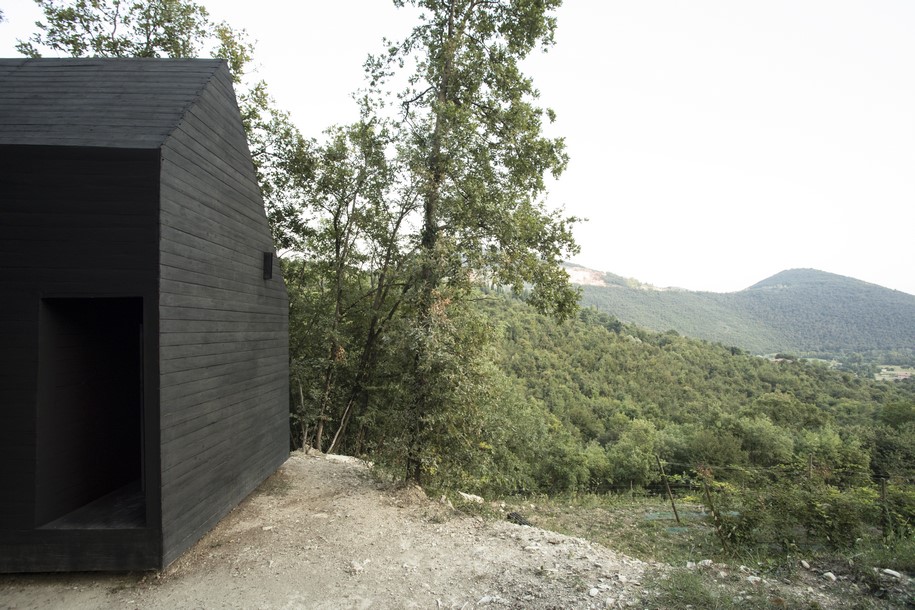 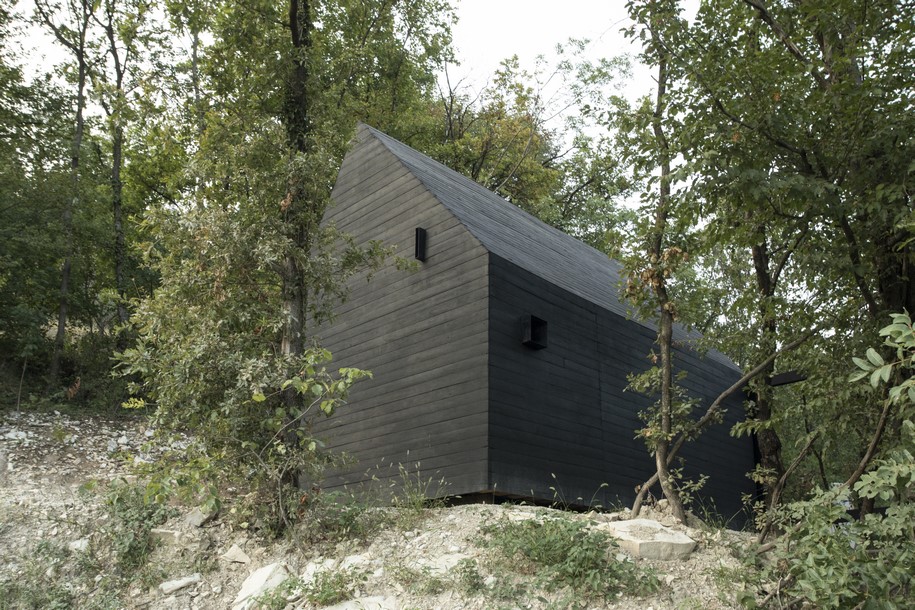 The first space, longitudinal, leads to a fragment of the wood, framed by an iron opening that emotionally prepares the “prayer” for what is to come, and introduces a measured bond with nature.

The second space, the main one, made of the small assembly that frames the outer forest and a three meters high menhir made of Botticino’s marble. This space was designed to be interpreted freely by the “prayer”. 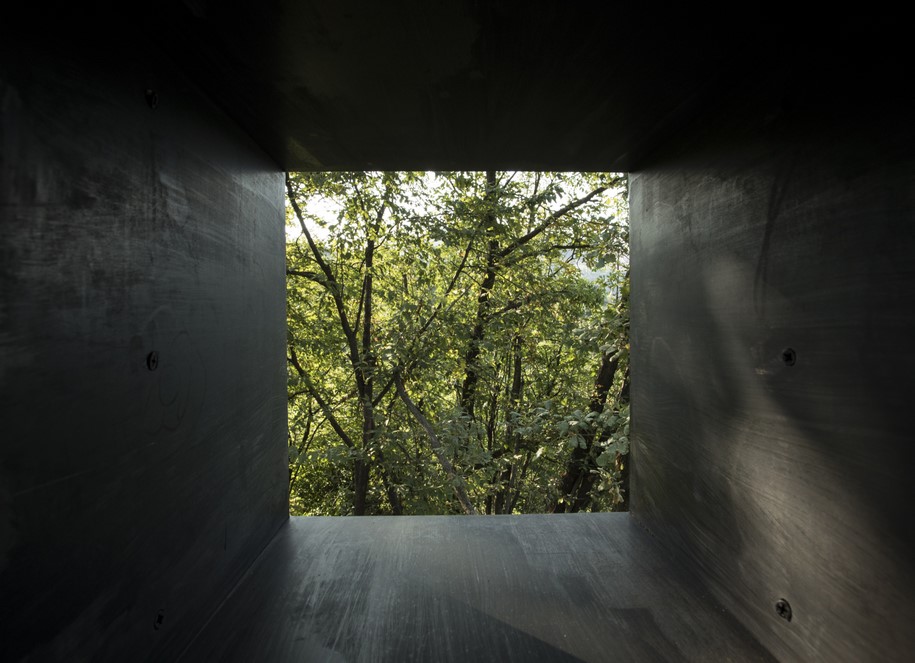 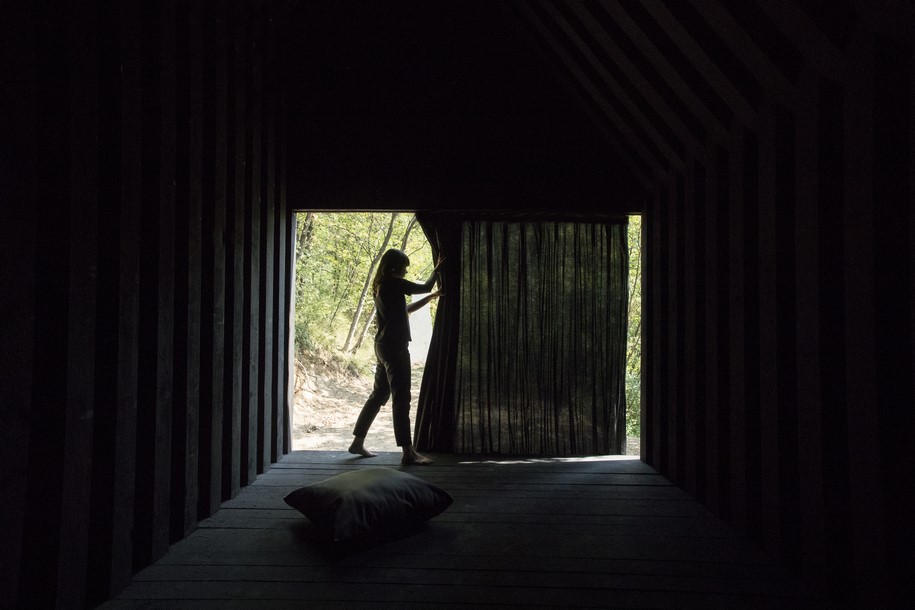 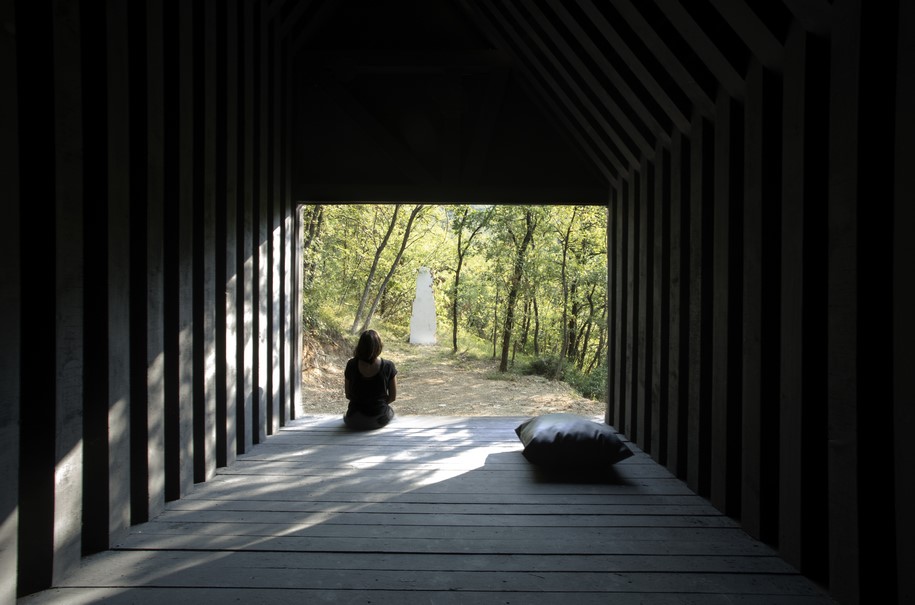 Therefore, there is no pre-constituted assembly, but only some large dark leather pillows that may be arranged as desired.
A black curtain also regulates the levels of intimacy with the outside as required. 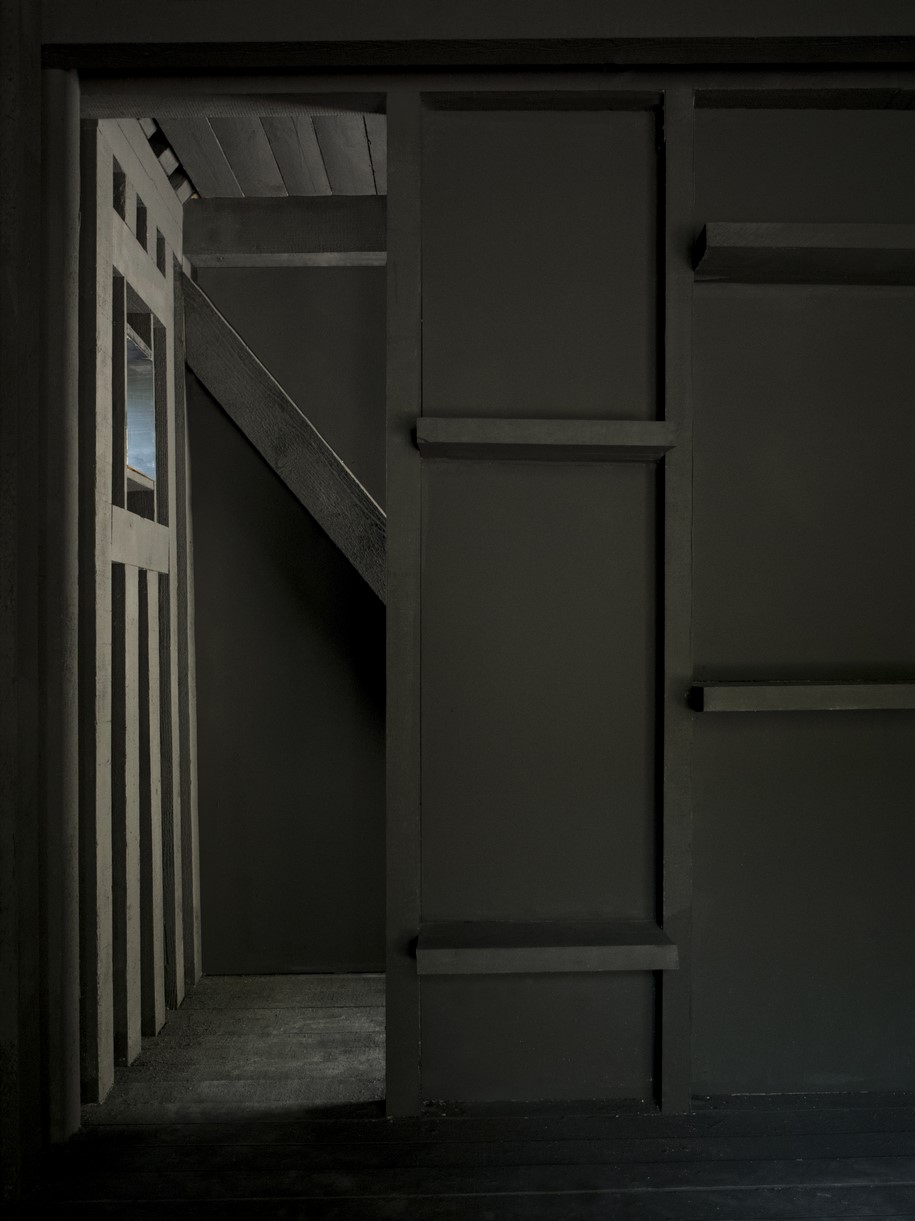 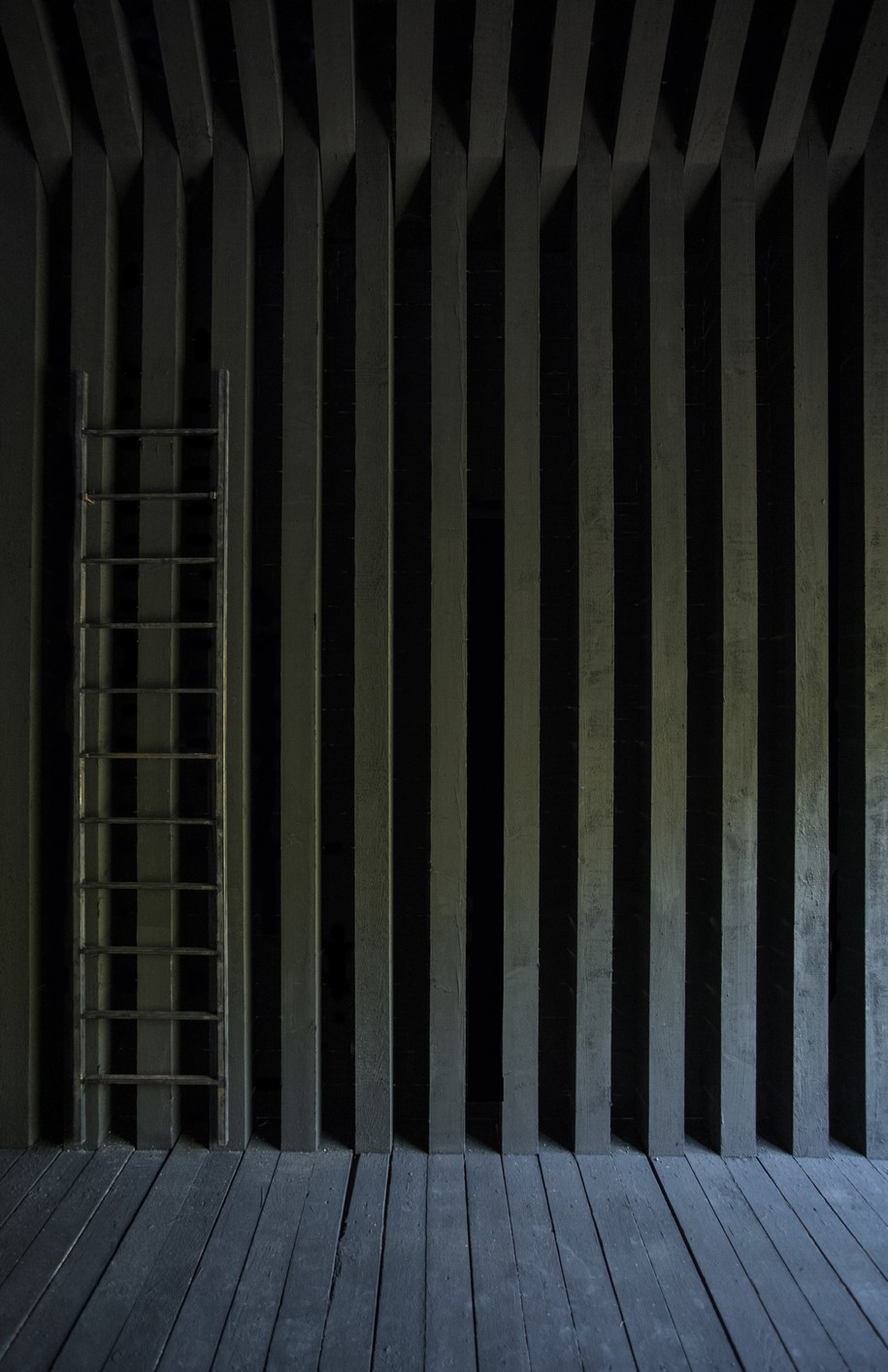 The study of the shape is drawn from a careful analysis of the local archetypes that have been catalogued and reinterpreted. 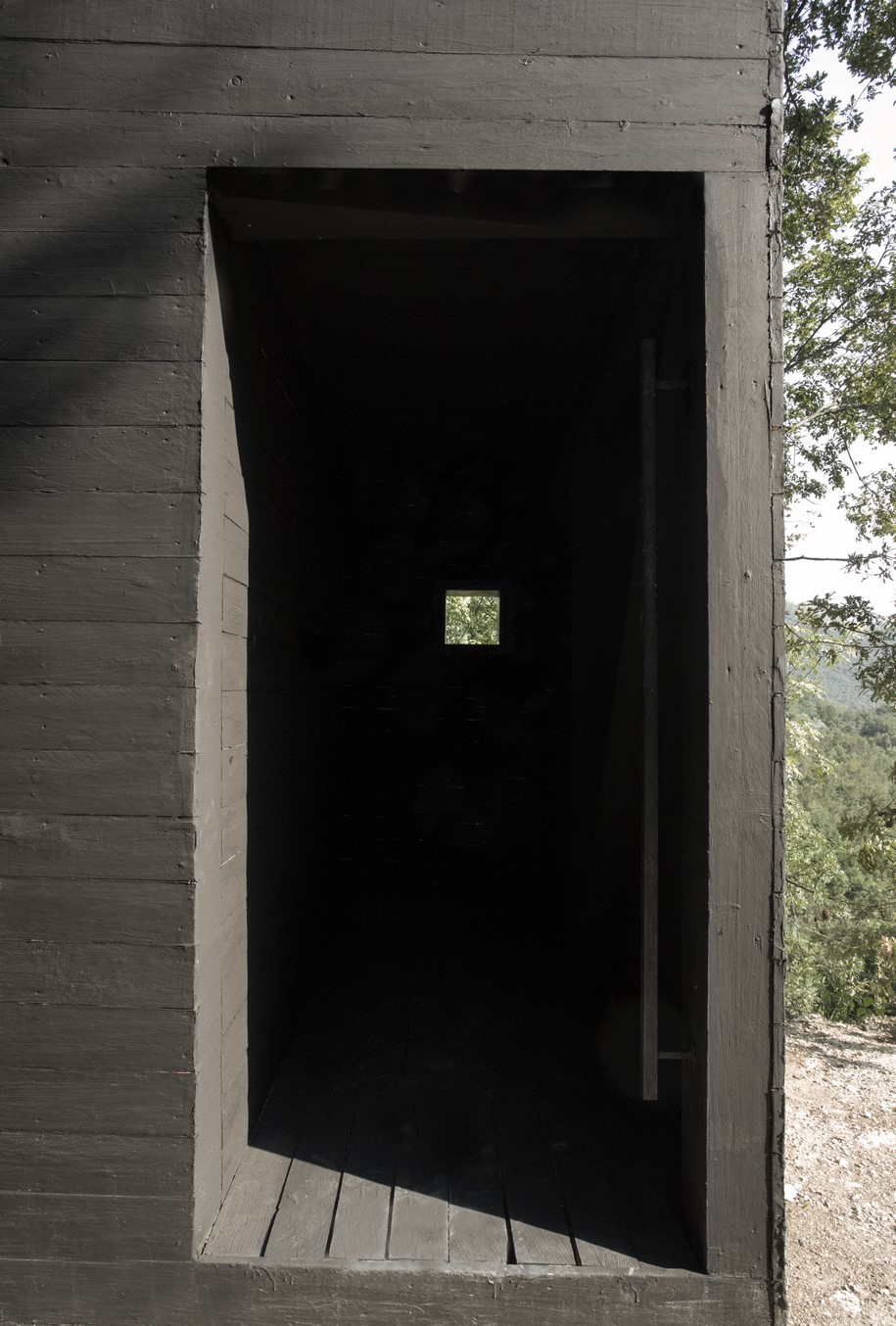 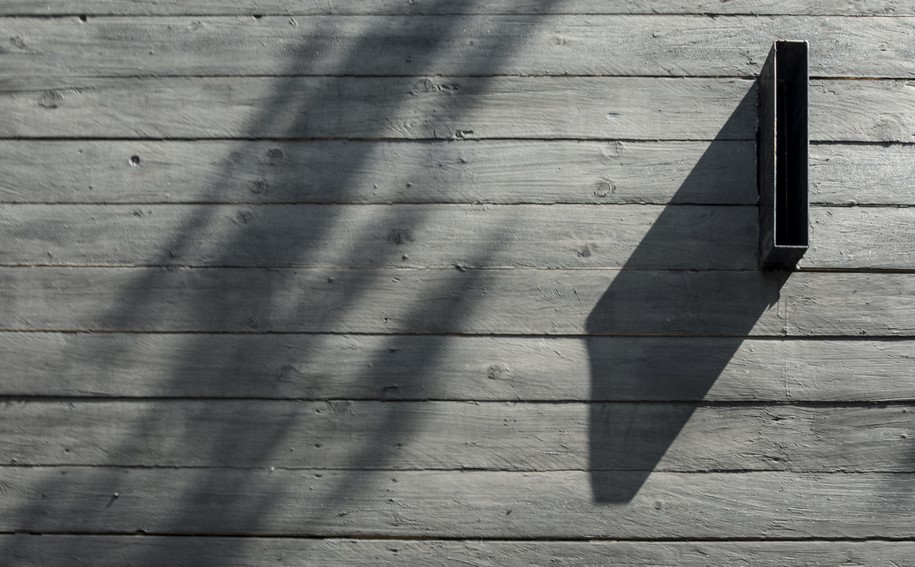 The study of the shape is drawn from a careful analysis of the local archetypes that have been catalogued and reinterpreted, in such a way as to form a contemporary element evoking images that are both familiar and part of the collective memory.

The Chapel is six meters long, six meters high and 3 meters wide.
It is entirely made of bitumen-coated wood that lends it a black color, similar to that of the trunks of the oaks that surround it and towards which the Chapel looks. 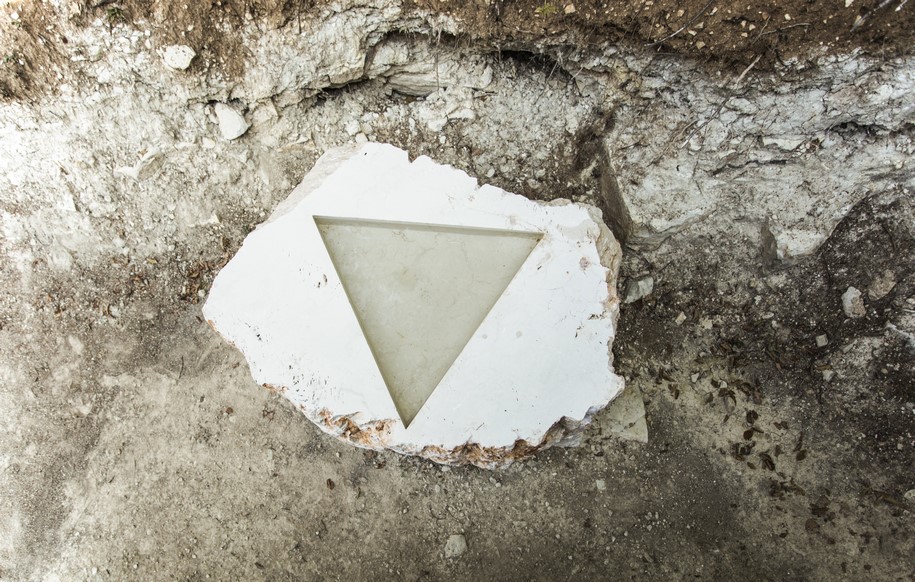 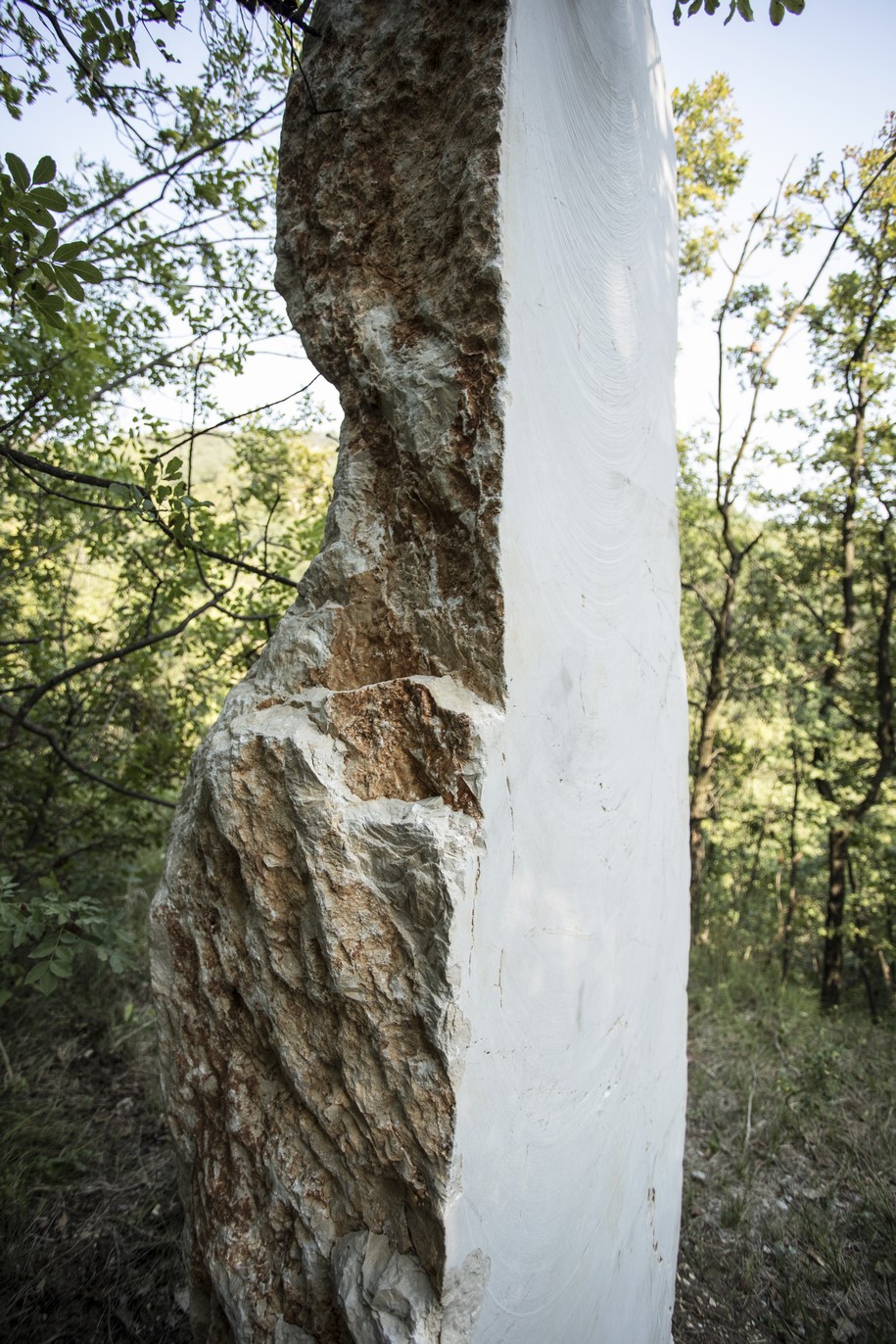 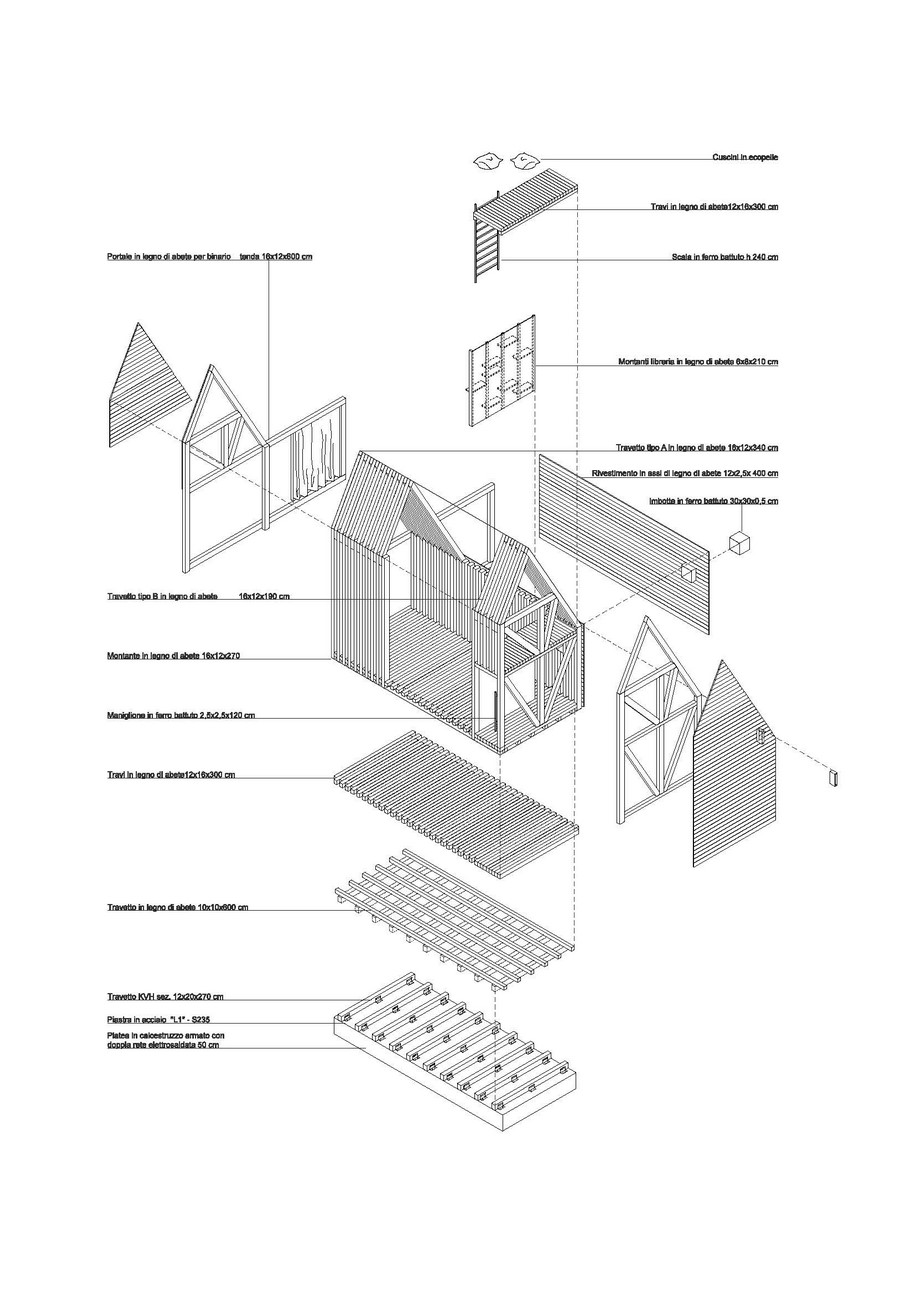 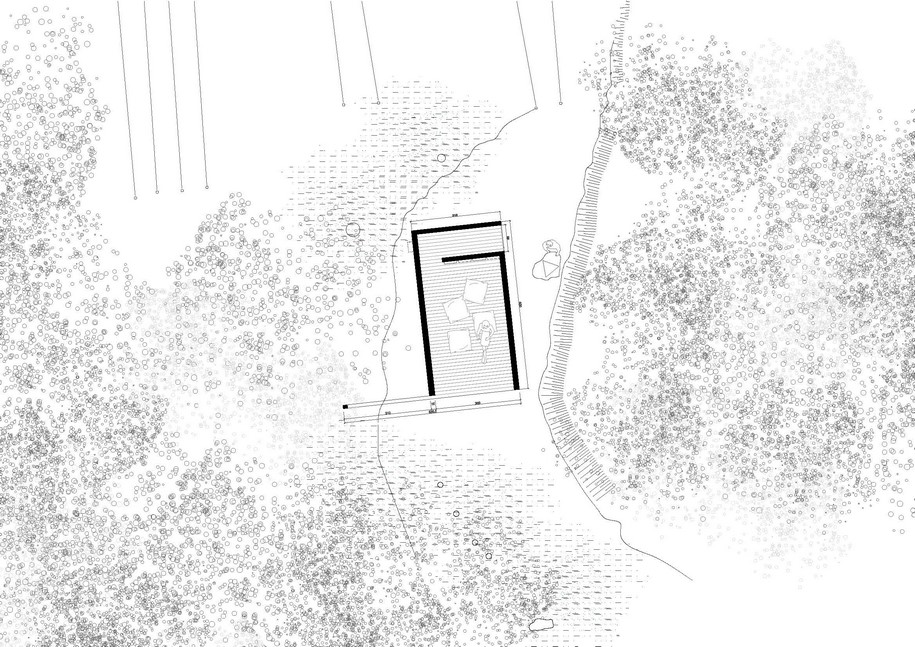 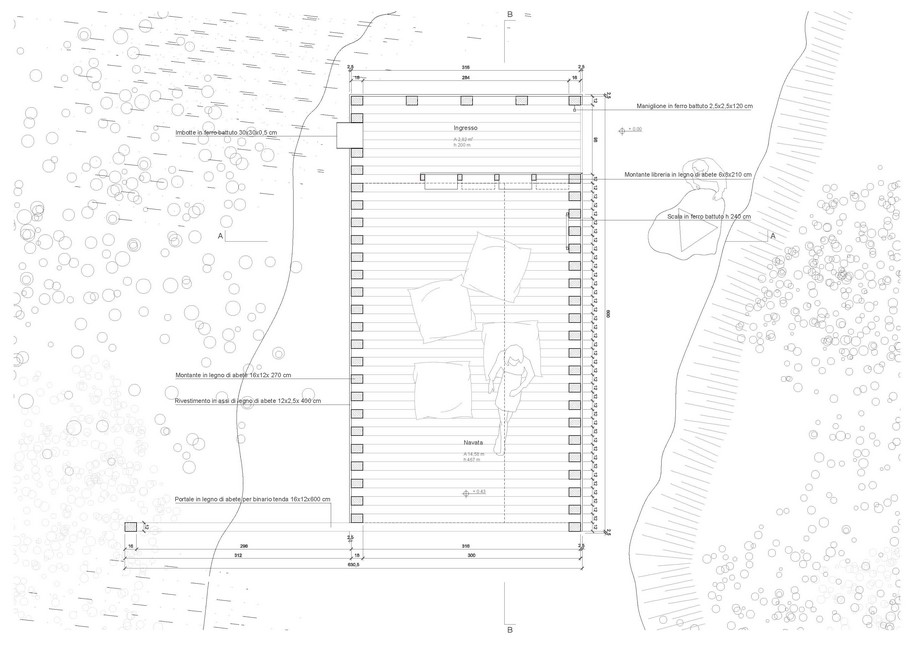 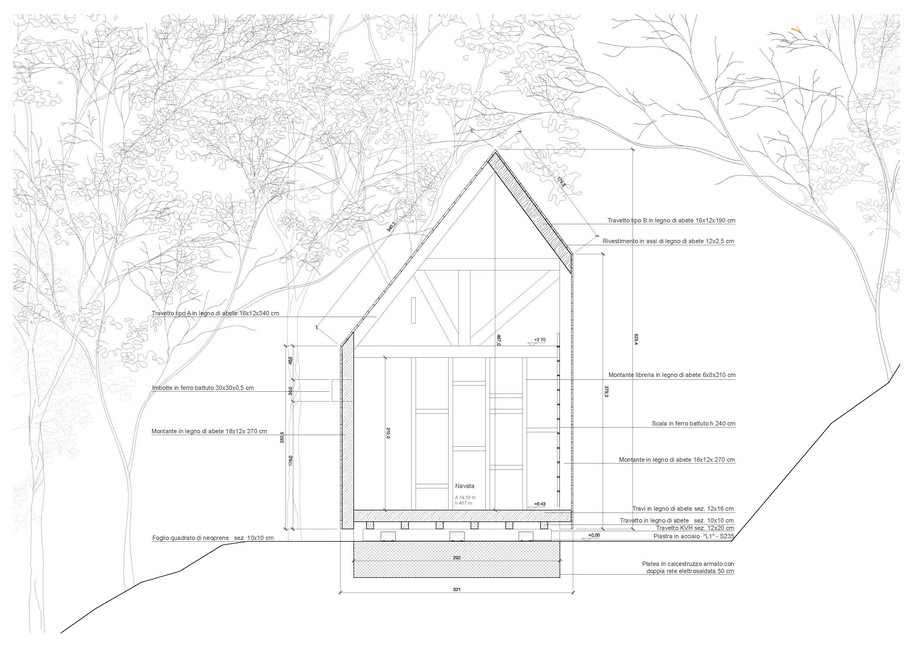 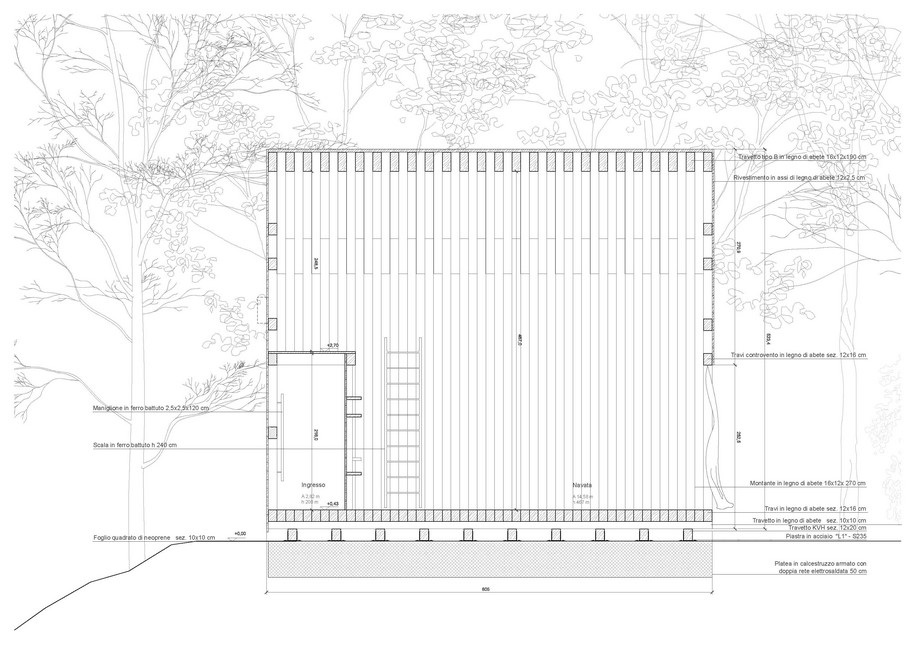 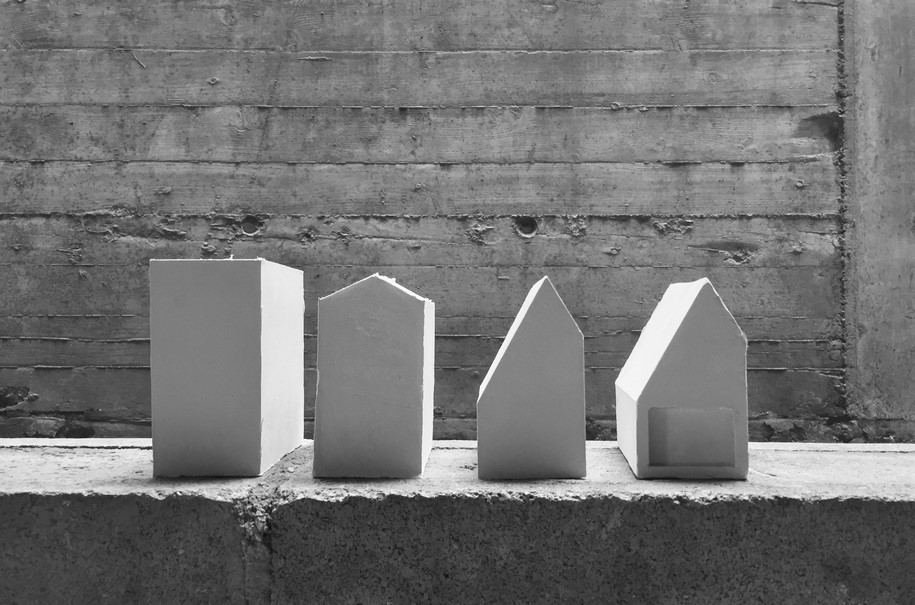 READ ALSO: Horizon of Archaeological Time: A Shortlisted Entry for the International Architectural Competition for the New Cyprus Museum
0 COMMENTS