– text by the author

Beginning shortly after the fall of the Berlin Wall in a 18th, three-story building in the heart of Weimar a group of architecture students create a community.
Aiming amongst many to provide affordable housing in the center and merging students with locals.

The Bauhaus students inhabit the formerly vacant house of Geleitstraße 4, with the implementation of three functions: hostel, co-living, shared activities.
The genius of the joint program of ephemeral and indefinite cohabitation idea called Hababusch is composed by ideological and designed elements that are used as epistemic objects.

The experiential habitation of each element sets the kitchen as one of the central focal points of this co-living project:
“The first-floor kitchen is small and elongated. Like a movie set. There are plants and objects everywhere with warm colours without an obvious place to be. 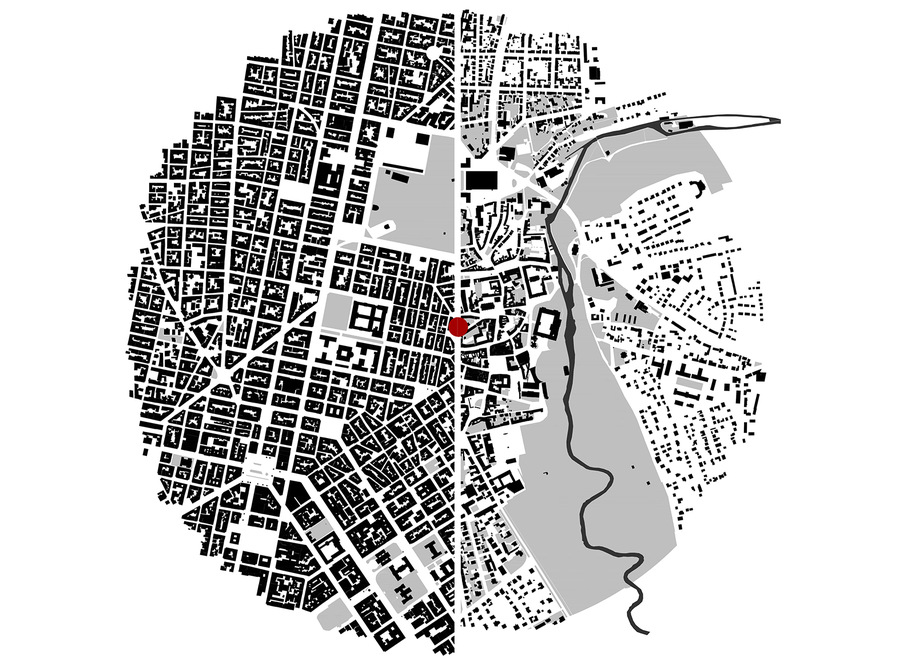 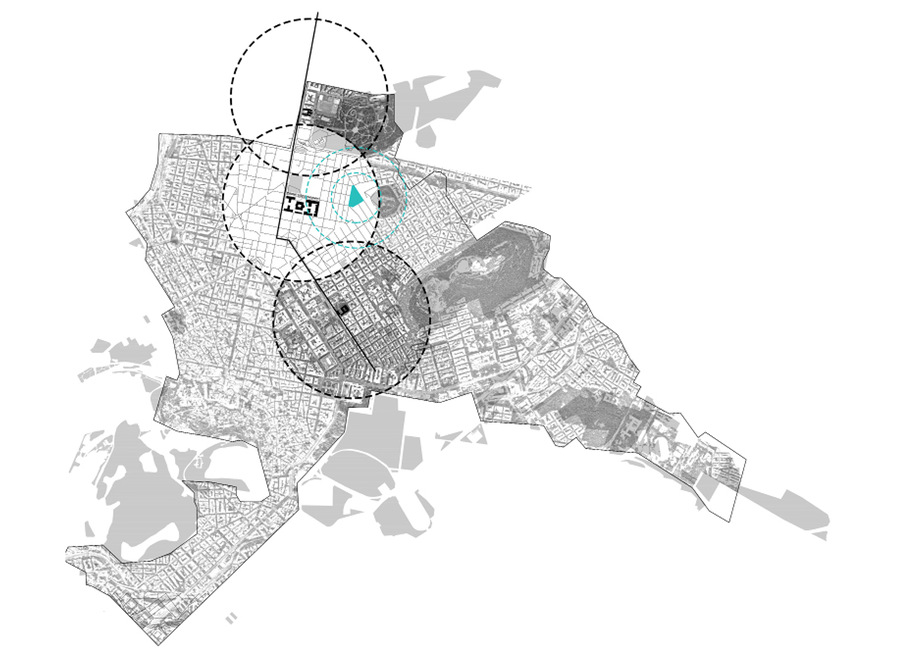 On the right, a small table with two chairs in the same direction and a fridge on the corner.
There are herbs and plenty of jars with seeds. Pots and pans from metal suitable for gas and well-sharpened knifes from a member of the community.
Plates as well as glasses are not a harmonious choice of tableware with homogeneous characteristics but a knit pleated with many weaves.” 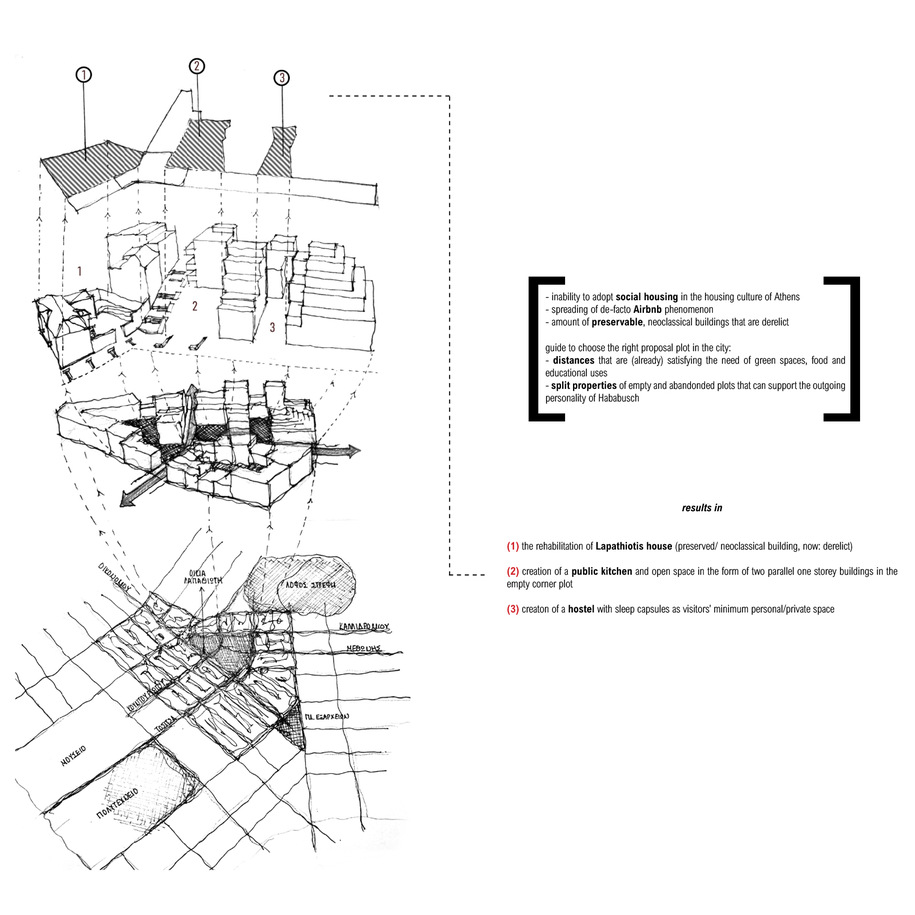 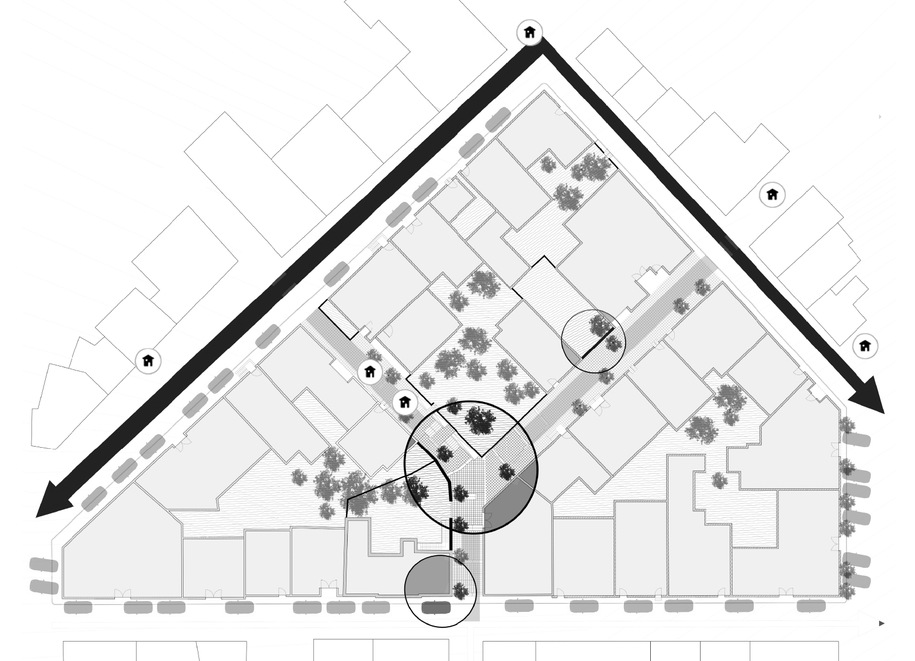 Inducting the lessons learned from Hababusch is possible by adapting the epistemic objects through the filter of the Athenian locus.
For several socio-political reasons, the city of Athens failed to ideologically adapt the concept of social housing and self-management benefits. 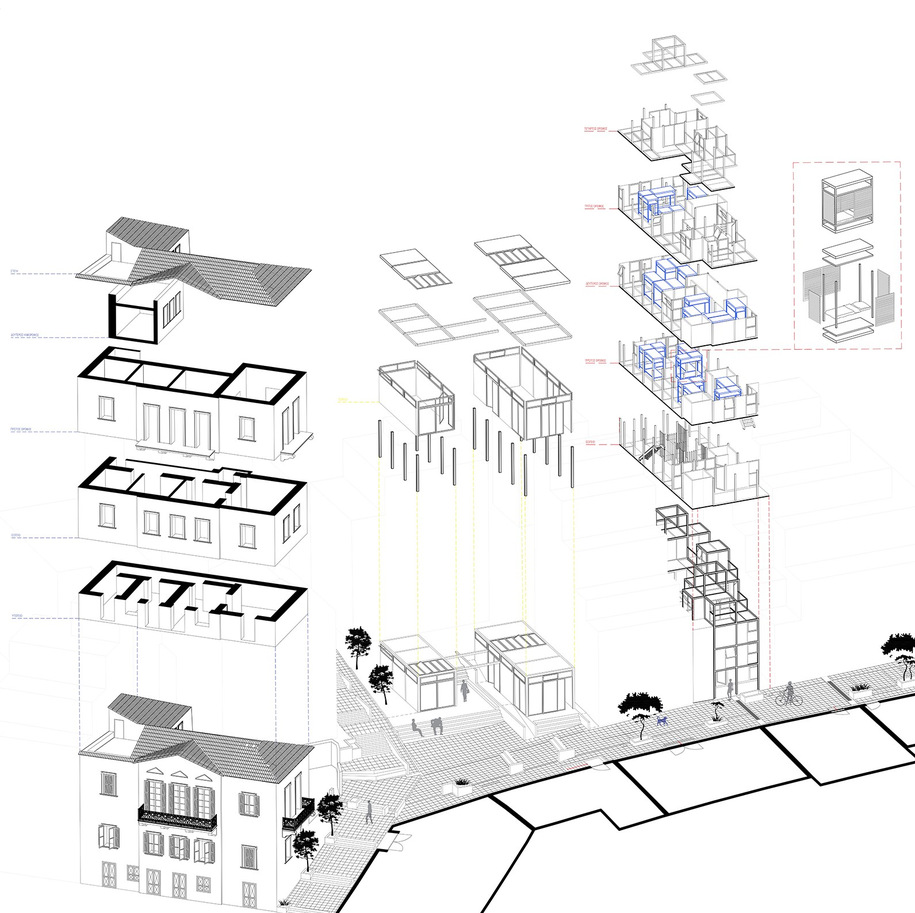 Culture, however, is not innate in man.
It could be cultivated and molded.
The three different action points in the intriguing building plot underneath Strefi hill consists of one existing intervention and two new implementations. 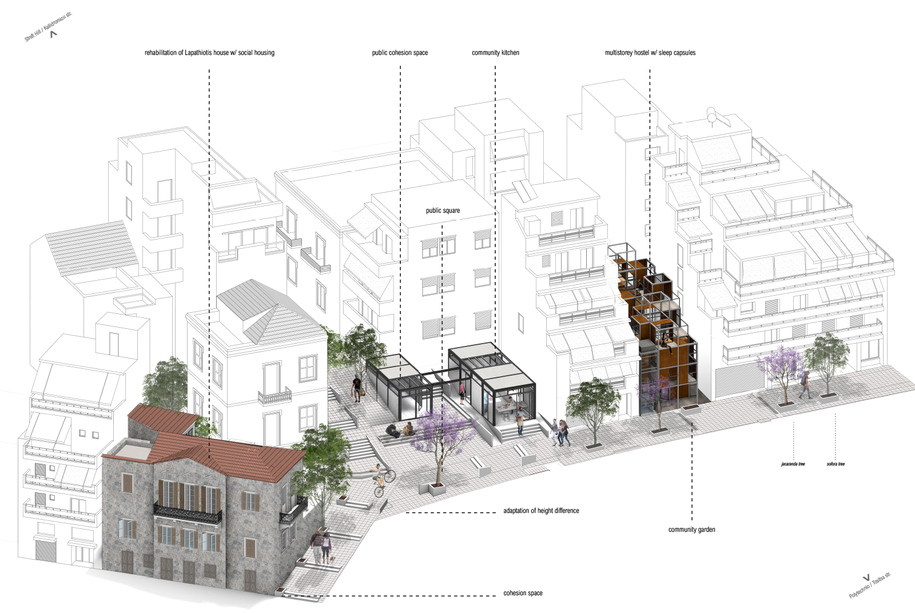 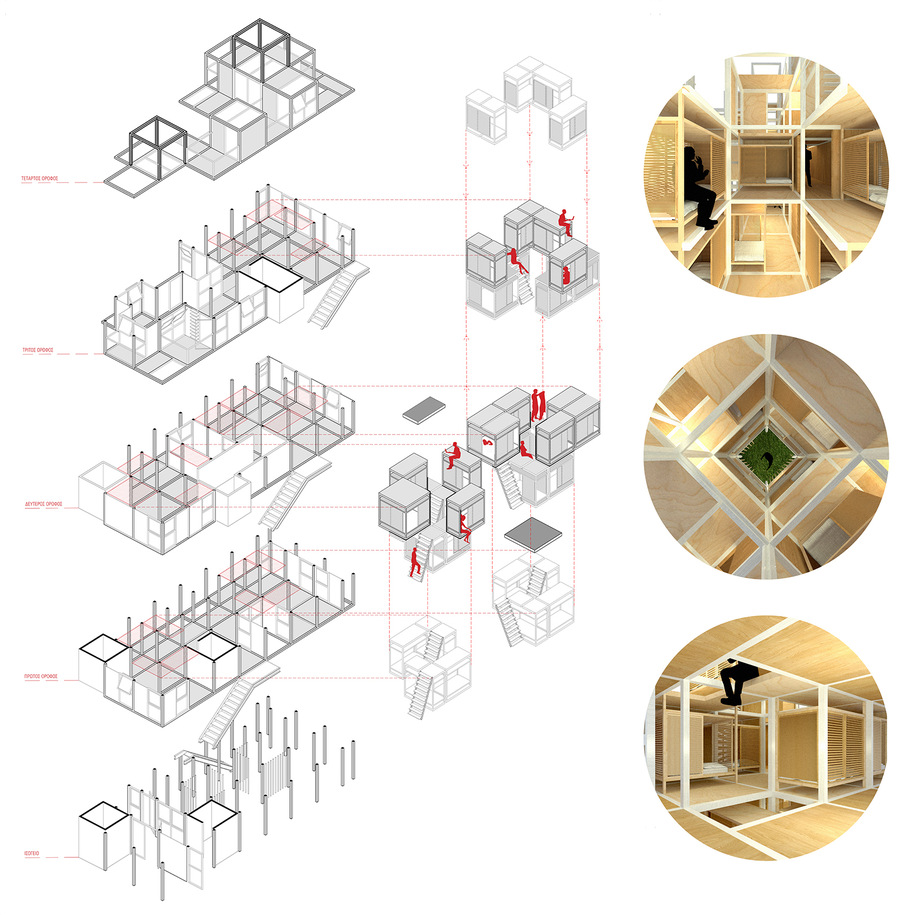 Firstly, the rehabilitation of the abandoned Lapathiotis house in its original context functioning as a co-living house project with a variety of shared-public spaces in an elevated basement while reminiscing the kitchen as the core-meeting point and pointing out the unbroken relation with the courtyard acting as the link between the community of the house and the local community. 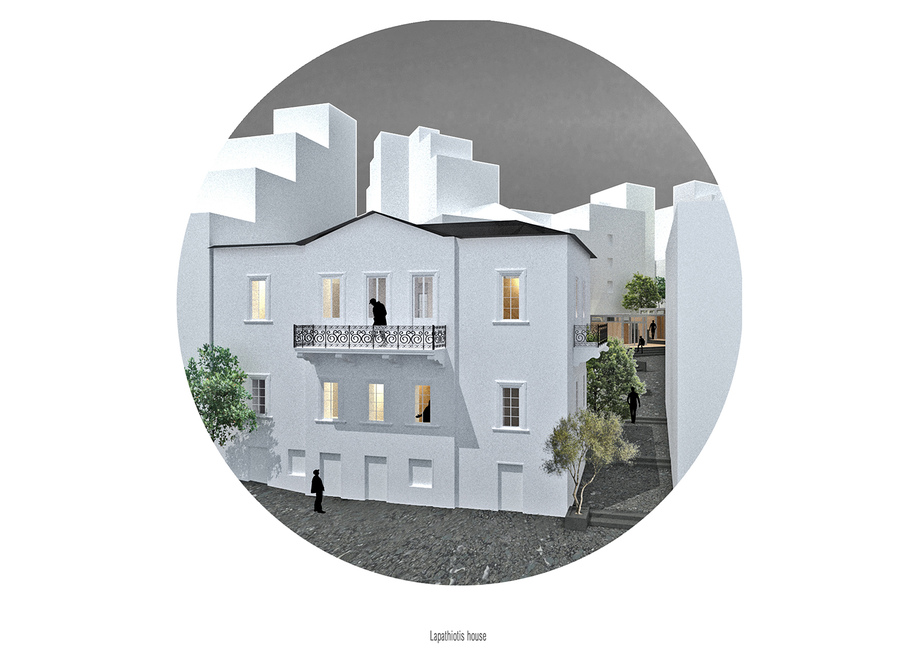 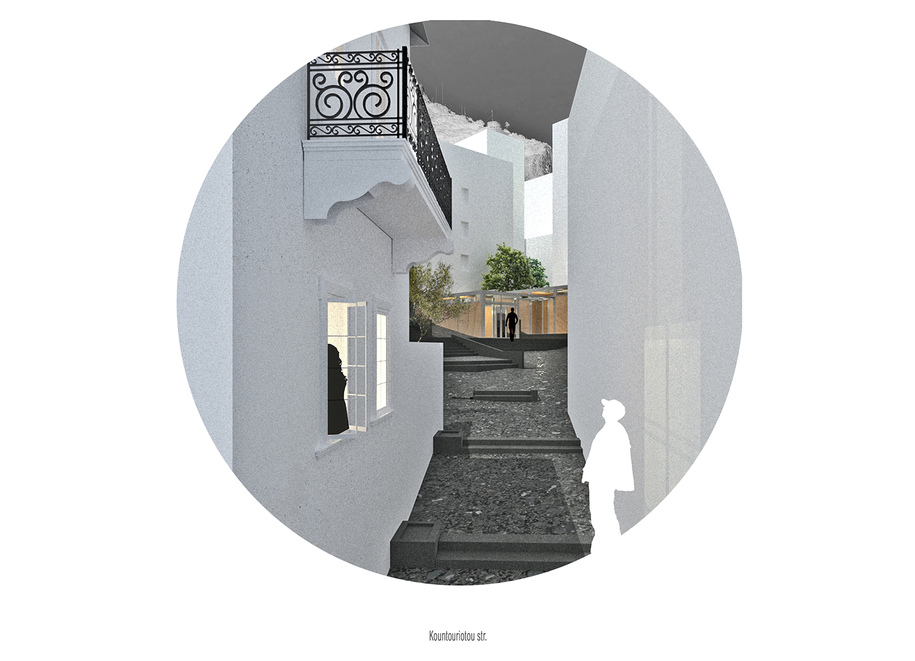 Secondly, the formation of the hostel. A multi-story metal building formed by capsules.
The sleep capsules are the minimum private space necessary both metaphorically and literally. 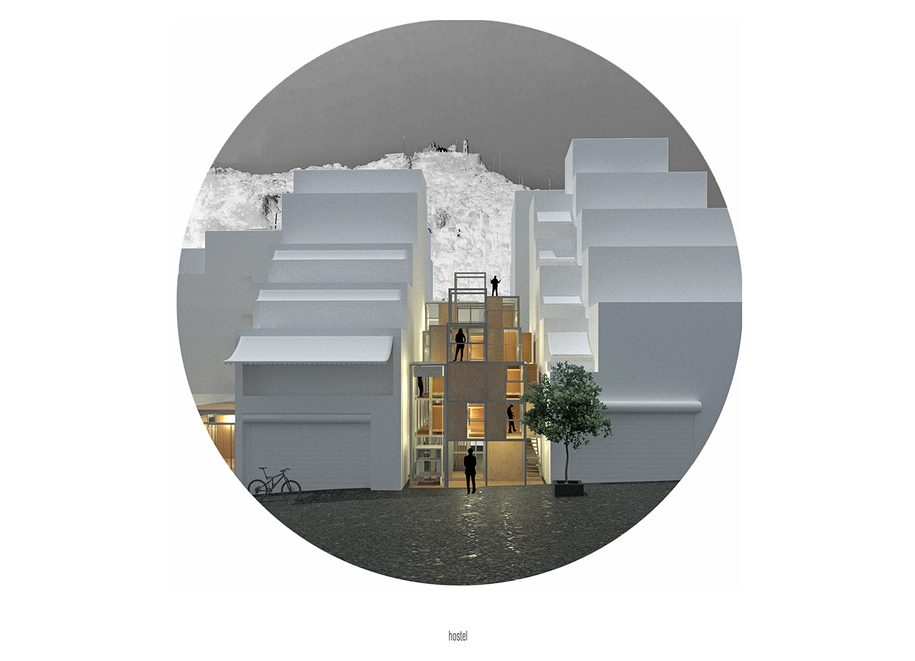 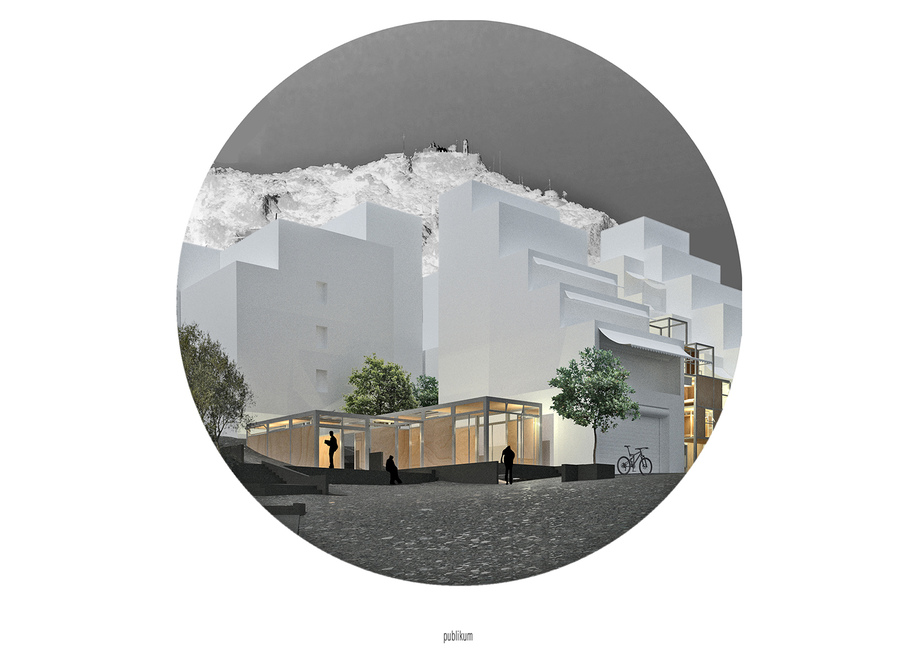 Each capsule sides with another around a main atrium while changing a 90° rotation on every level.
Thus, dividing the structure in two around two atria and one in between, where the kitchen areas can be found vertically as a connection element. 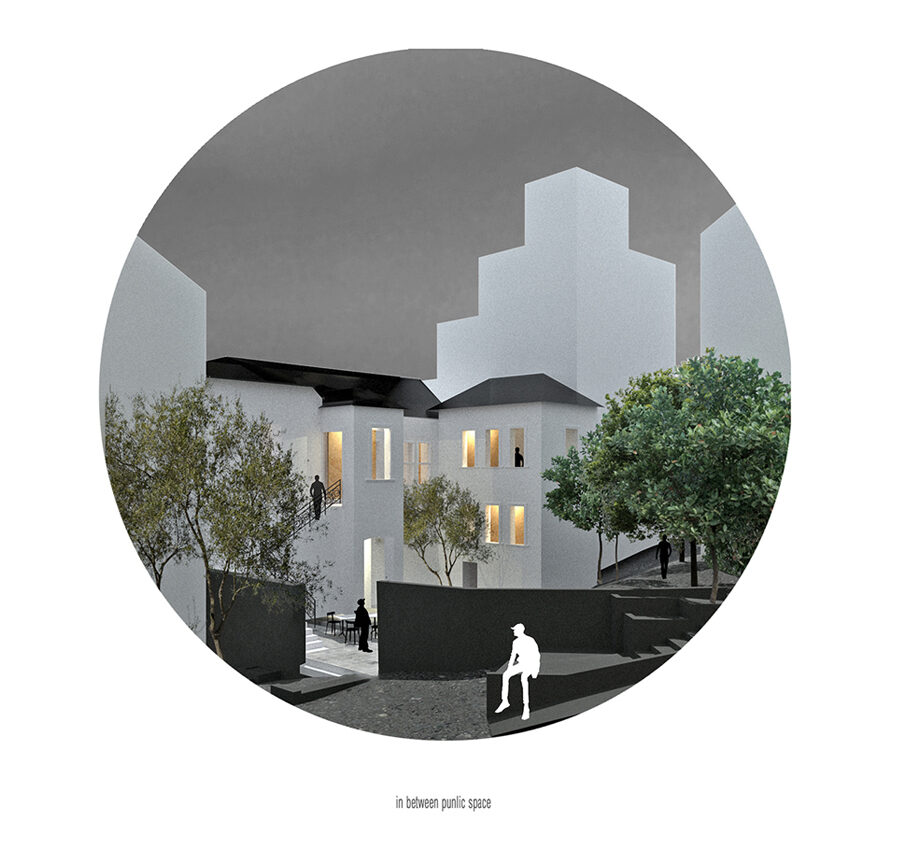 Thirdly, the correlation between Lapathiotis and the Hostel is the Publikum. A set of two parallel ground floor volumes.
Taking advantage from the public garden of the Hostel and the administrative abilities of the living party of Lapathiotis, a public kitchen is here formed taking also into account the incredible possibility of cooking and sharing fresh groceries every Saturday from Kallidromious’ food market, just minutes away. 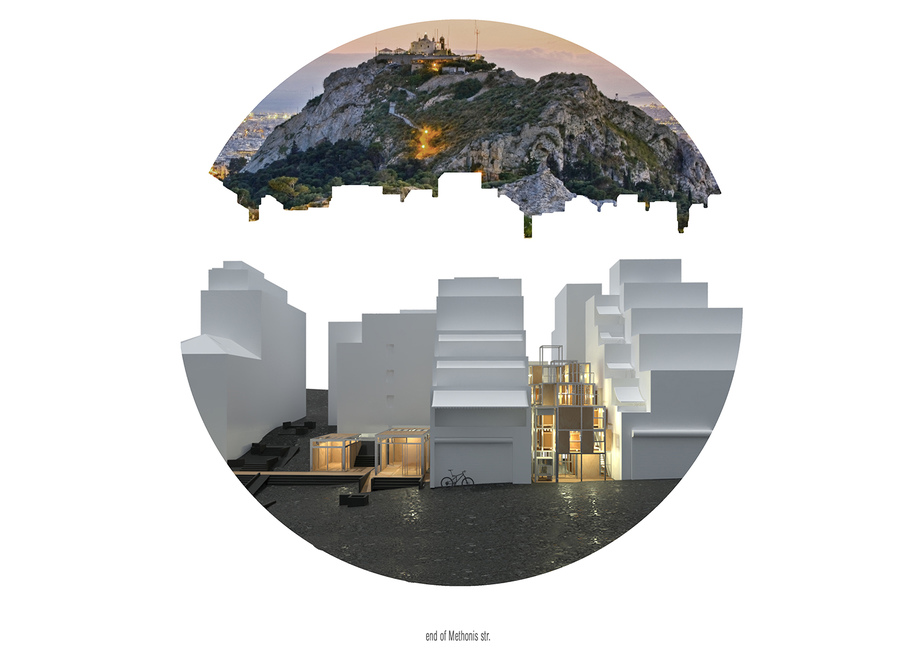 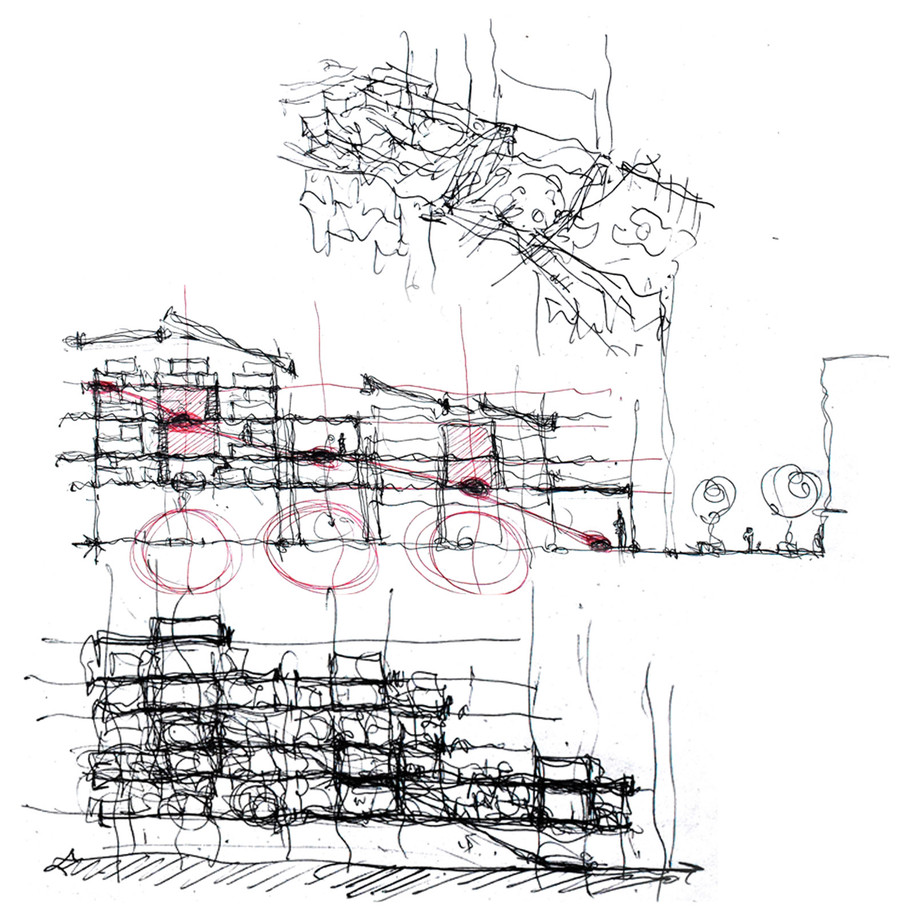