The problems faced by Venice because of the high tide “acqua alta” are well known. Moreover, another important danger is the tourist tide that tends to turn it into a museum city. This is the topic analyzed in the research thesis of Xanthi Tsekou, presented in October 2020 in the University of Patras.

-Text provided by the author

Venice, combining an exotic environment and a unique architecture is the dream of every consumer- tourist. The capture of typical images of the city and their constant repetition over the centuries has led to the consolidation of a visual code of symbols that serve the “Tourist Gaze” 1as J. Urry called it and that are used by businesses in their advertising. Symbols, even as individual depictions, cut off from the geographical environment, are enough to recall the idea of Venice. 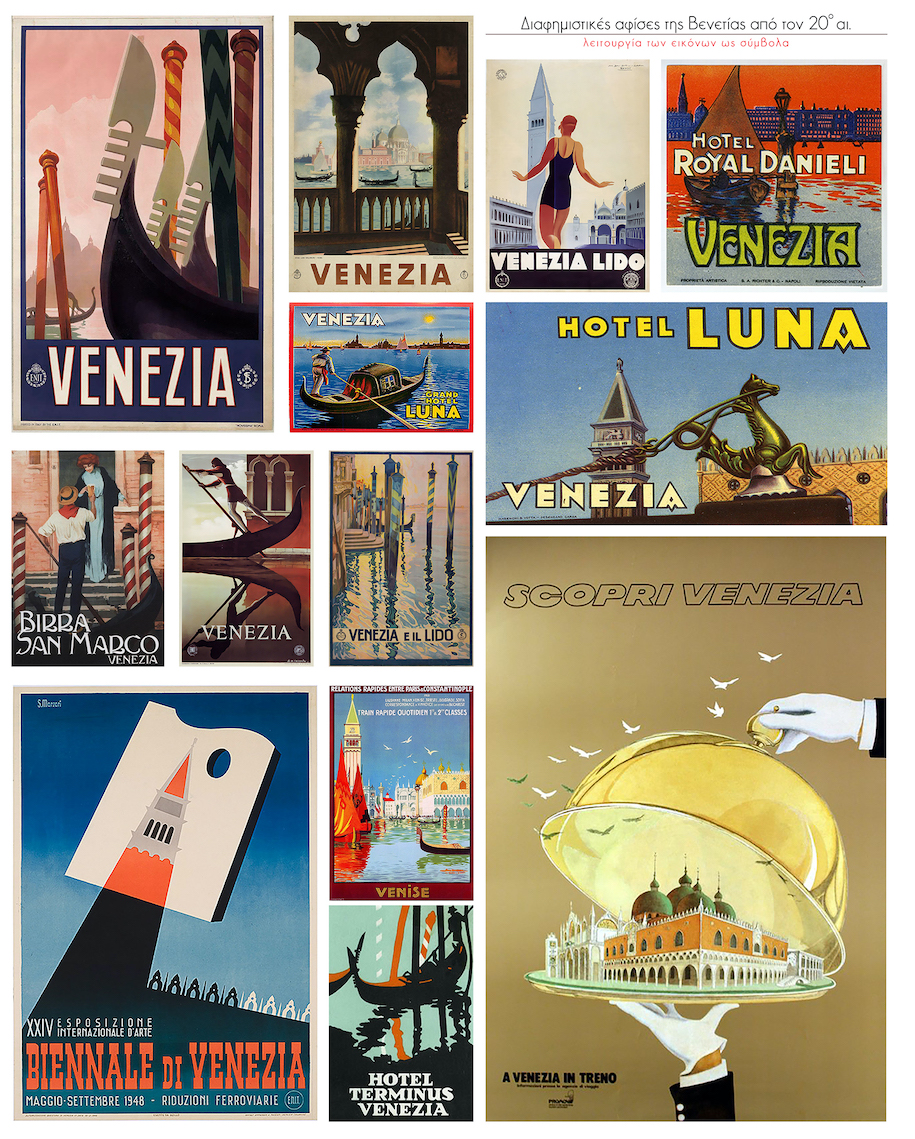 The heritage industry, however, seems to actually neutralize local idiosyncrasies. The population of Venice, from 174,800 inhabitants in 1951, reached only 52,988 in 2019. This is because of Tourism Gentrification, which means that the whole industry is set up around tourism services, making the conditions unsustainable for the locals. The short-term accommodation by tourists gives greater profit in a shorter period of time and at the same time the spatial value of housing is reduced. Therefor, the owners proceed to the subdivision of the accommodation that increases the offered residences.

It can be seen that the famous Venetian architecture either runs through structural problems due to flooding, or is limited and parasitized in conventional floor plans due to its commodification.

In 2009 a new phenomenon began, where huge billboards of the sponsoring companies began to appear on scaffolding from maintenance projects of important buildings. After global reactions, they were banned in 2012. 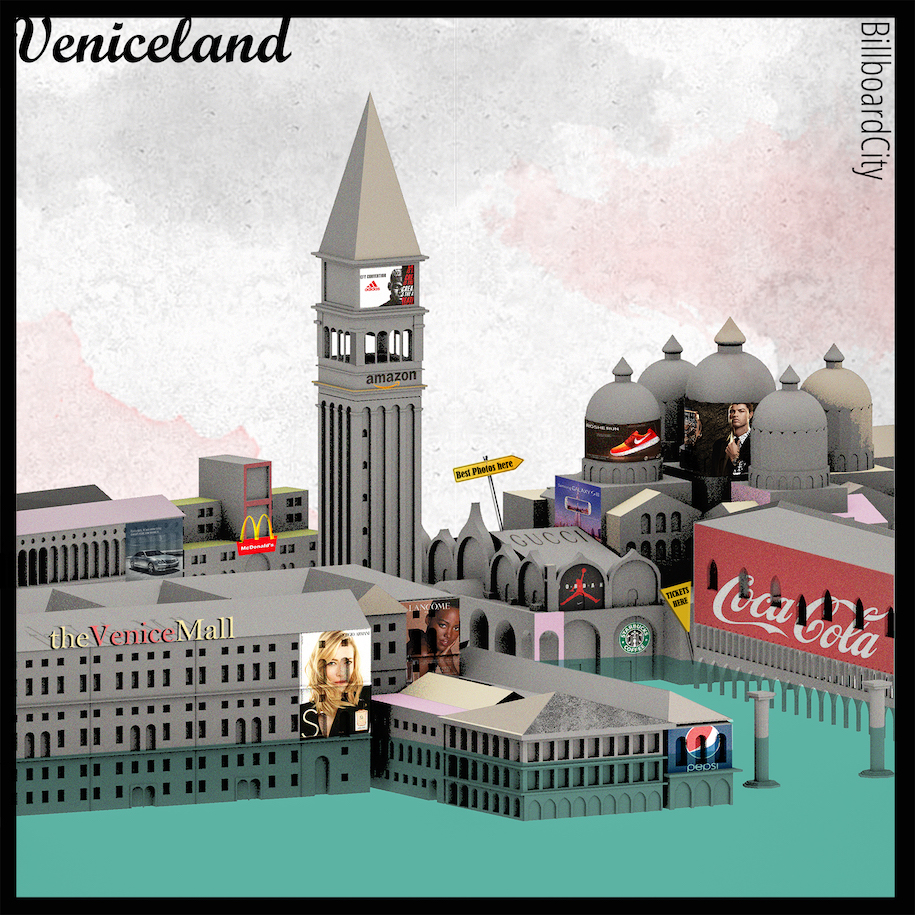 The biggest danger that tourism hides, however, is the disneyfication of Venice itself. The former space of social dialogue, today is a scene for consumption, and the social quality of the city is reduced to the monoculture of tourism. The city is recognised as a theme park and the urban space ceases to be a complete spatial experience and is repackaged in a user-friendly form, ideal for visual consumption (public space is experienced as individual moments from one “click” to the next).

This visual experience of space has led to its reproduction around the world. The most impressive simulacrum of the city is located in Las Vegas. “The Venetian” Resort Hotel and Casino is the epitome of postmodern architectural theming as the complex consists of 140,000 square meters of reproducible theme space, with replicas of landmarks such as the Doge’s Palace, the Bridge of Sighs, the Rialto Bridge, and numerous other archetypes. 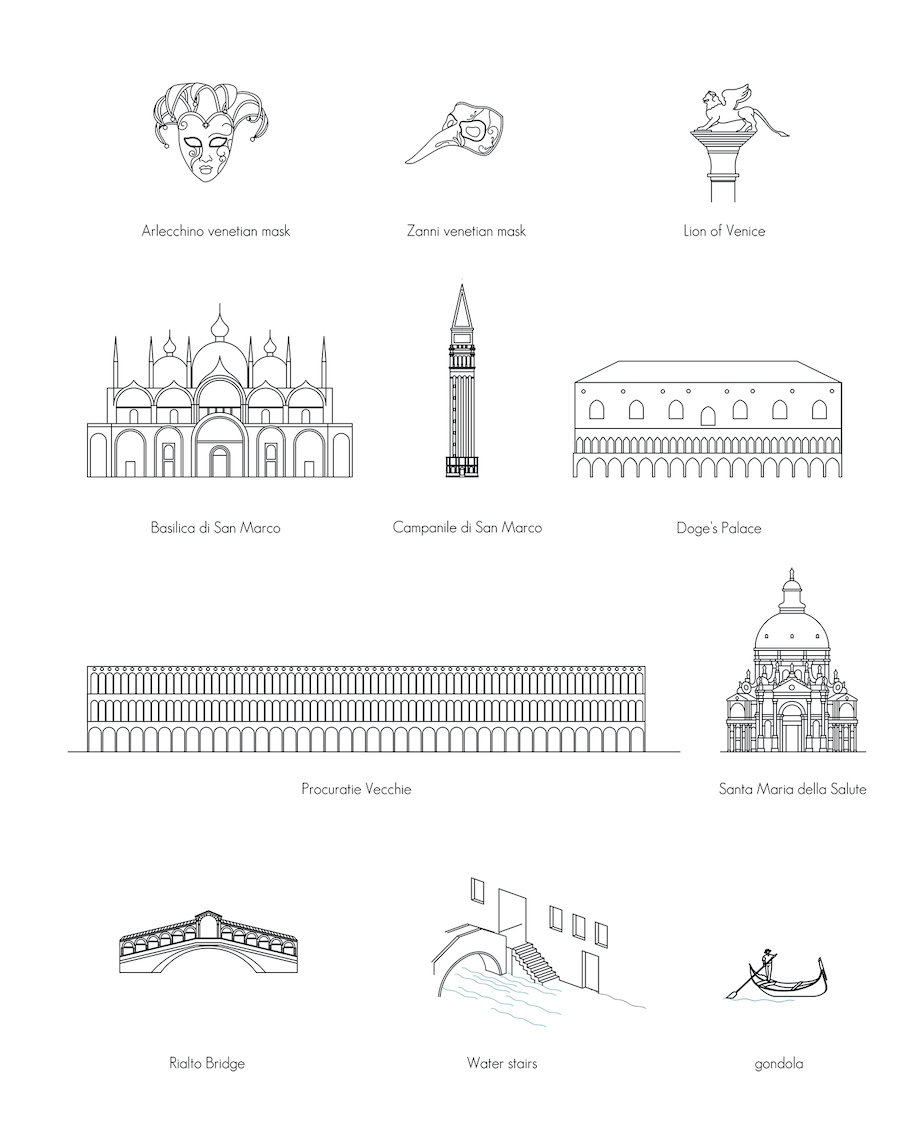 Reasonable questions arise about the authenticity of such simulacrums. Postmodernism seems to completely deconstruct the conception of authenticity by destroying boundaries between the copy and the 5 original or between symbol and reality. This has been described by U. Eco as life in “hyperreality” , where the false seems more real than the original. Based on this idea, we could say that in the case of “the Venetian”, user experiences an idealized version of Venice, without the flooding problems and overcrowding of the real city, but with background classical music under the light of the artificial blue sky that reminds of a renaissance painting and contributes to the sense of romance of the myth of Venice. After all, in the postmodern era, authenticity and geography seem to be obsolete concepts. 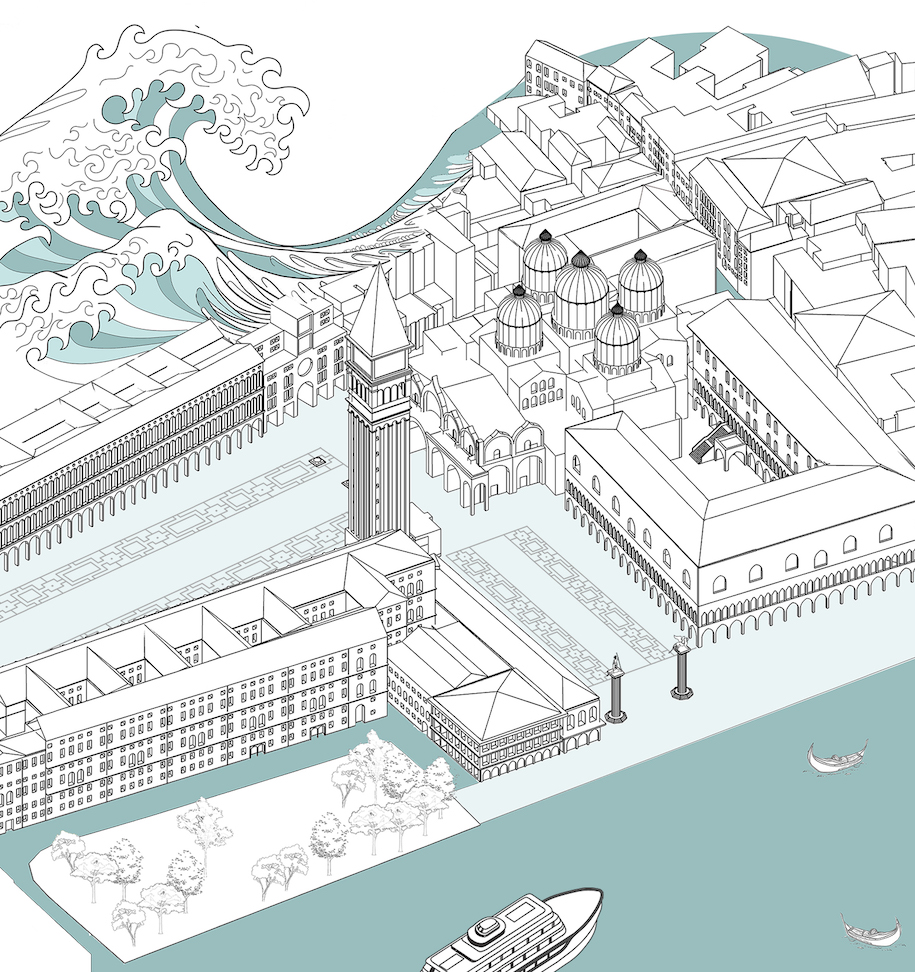 It is necessary to redefine an overall strategy that ensure the spatial complexity at all levels. Many conservation projects are in progress, but the preservation of housing is crucial to be combined with socio-economic stability, so that Venice remains vibrant. Otherwise there is a risk of transforming into a museum due to population decline, long before the appearance of the environmental consequences of climate change.

Agios Mamas: transformations and narrations of a lagoon | Diploma thesis by Maria Papachristodoulou

by MELINA ARVANITI-POLLATOUArchisearchhttps://www.archisearch.gr/wp-content/uploads/Sevdalinka-R2-scaled-e1618657501482-370x700.jpg
SHARE THIS PAGE
WITH YOUR FRIENDS