The project tries to build a mutually symbiotic relationship between elastically bent birch plywood sheets that actively seek their own forms. This relationship is a product of a forest of wooden pegs anchored in a way to minimize geometrical deformation. What connects the pegs to the sheets is an array of intelligent nodes that allow for easy disassemblage in situ.

The versatility of the project hypothesis ensures application at all scales, ranging from furniture to habitable spaces where the purpose of the elements is increments from mere geometrical to added structural demands.

In order to stress the interdependence of the surfaces and the contribution of all the components to the system, the design became more secluded from the external world, creating a universe where surfaces, pegs and nodes act as one.

The design and manufacturing approach here were deterministic.

Everything was designed in detail, the holes were later drilled, the pegs were cut to length, the nodes and the details were properly designed and fabricated for the high time of the assembly.

During the assembling phase, the system acted as a live form-finding and force diagram, with the sequence of actions affecting the whole geometry until the final piece.

With a width of 1.3m, a height of 2.3m and a depth of 0.3m, the artefact was the outcome of a fight between four birch plywood surfaces and a network of oak pegs.

The external surfaces were 4mm thick, the one in the middle 4mm and the closed shape in the core of the structure was 2mm thick birch plywood. The curvature achieved was dependent on the thickness of the material and informed the decision for the layering sequence of the surfaces.

The pegs were oak wood, 9, 12 and 18mm thick according to the length, their population size and the local tendency (highest curvature) of the surfaces to spring back due to active bending.

In order to ensure that the designed geometries were feasible, physical bending tests were executed with hands, bending the strips to their extremes and defining their bending limits. Due to the deterministic nature of the project, all the geometries needed to be explicitly designed and anticipated before the assembling phase.

As an extra security check, the design was refined after overlaying the wooden strips on their one to one printed front view, bending them on top of the printed paper, and making the required adjustments to the design.

The detail was designed and refined to have an easy assembly for the pegs to the nodes. The free rotation of the top part against the arm of the node releases the maker from the duty to align the holes at both ends of the peg that would connect it to the two nodes (one on each side). The pinch release holes provide an easy disassembly at any time. All the nodes have a pin on their base, extending towards the surface and securing them from sliding on it. Two holes on each node, placed parallel to the surfaces’ width, receive the fixings on the surface 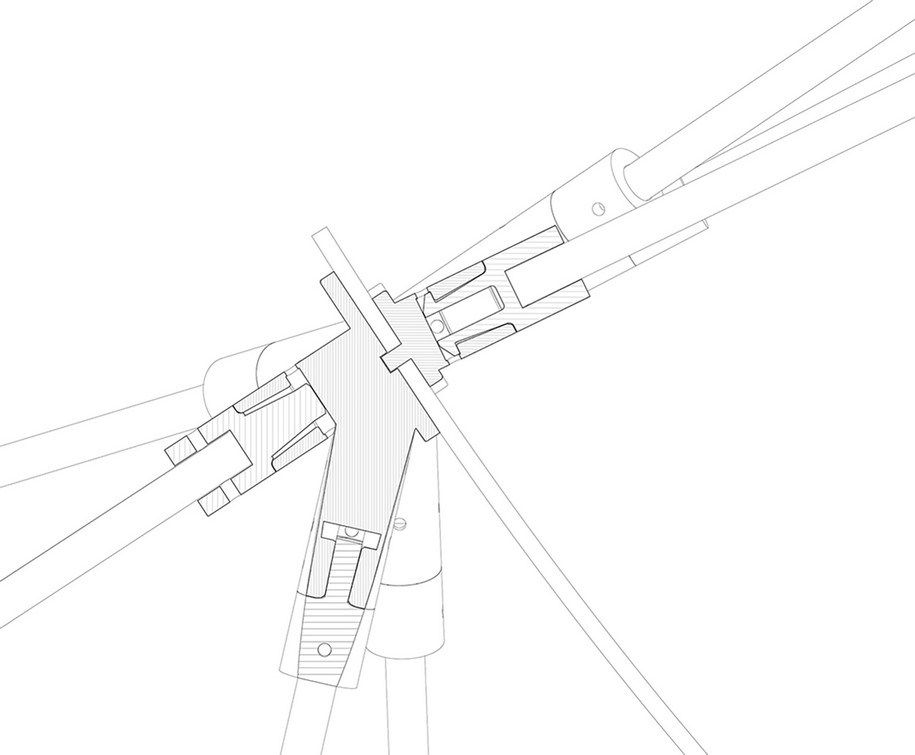 The nodes of the middle 4mm layer surface share the same spot with their neighbours to leave the surface as unperforated as possible. A specific design with a pin and a slot was designed so that the two facing nodes can snap in place together, sharing the same fixings on the surface. 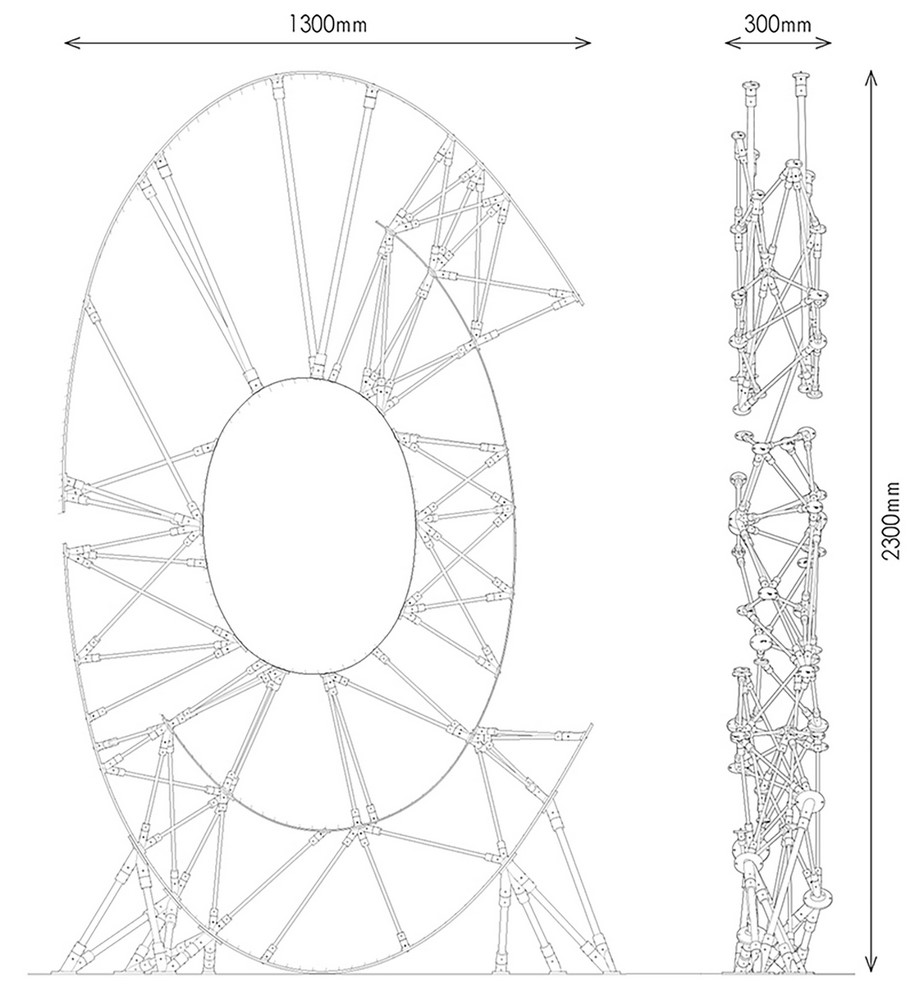 The five symbiotic surfaces: front and side view of the pegs-nodes network, unveiling the structure of the peg forest. Before shifting to the solution of hanging the installation from the top, the design was done so that it would be supported from the bottom, hence the extra pegs at the base of the system. 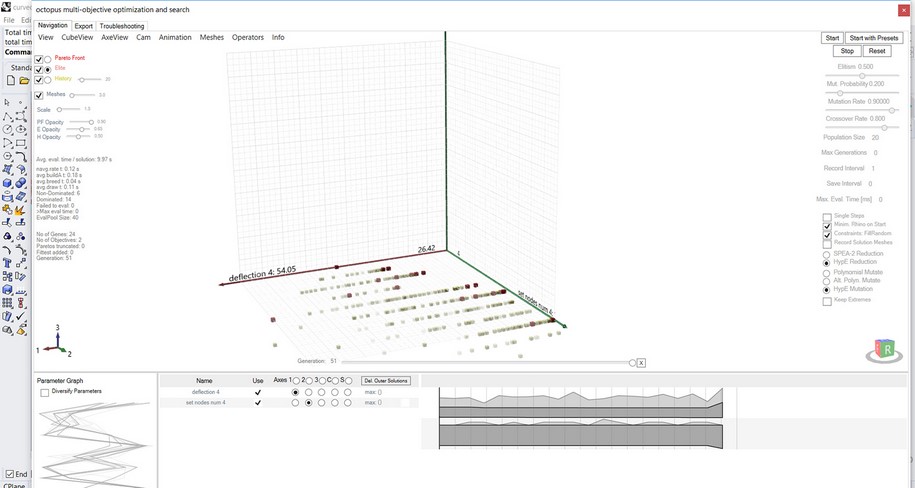 One of the Octopus optimization processes done for the segmented structure, opting for minimising deflection and the number of the nodes. Trying to keep the logic of a fairly even distribution along the surfaces and with the need to reinforce the edges of them, the optimization could not work without some manual inputs by the user, close to the surface ends. 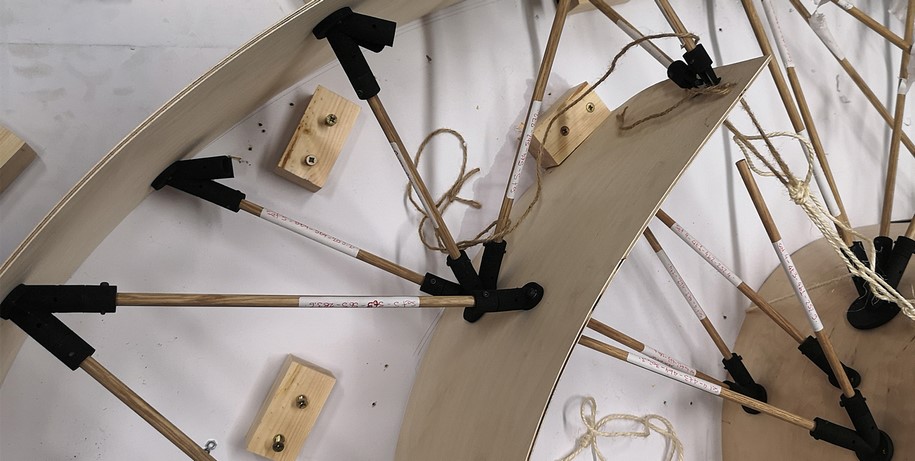 The process of assembling, adjusting the positions of temporary threads and wooden blocks screwed on a board with the profile of the system. Pushing the surfaces in the right time and place was of high importance to secure the stability of the structure during the assembling. 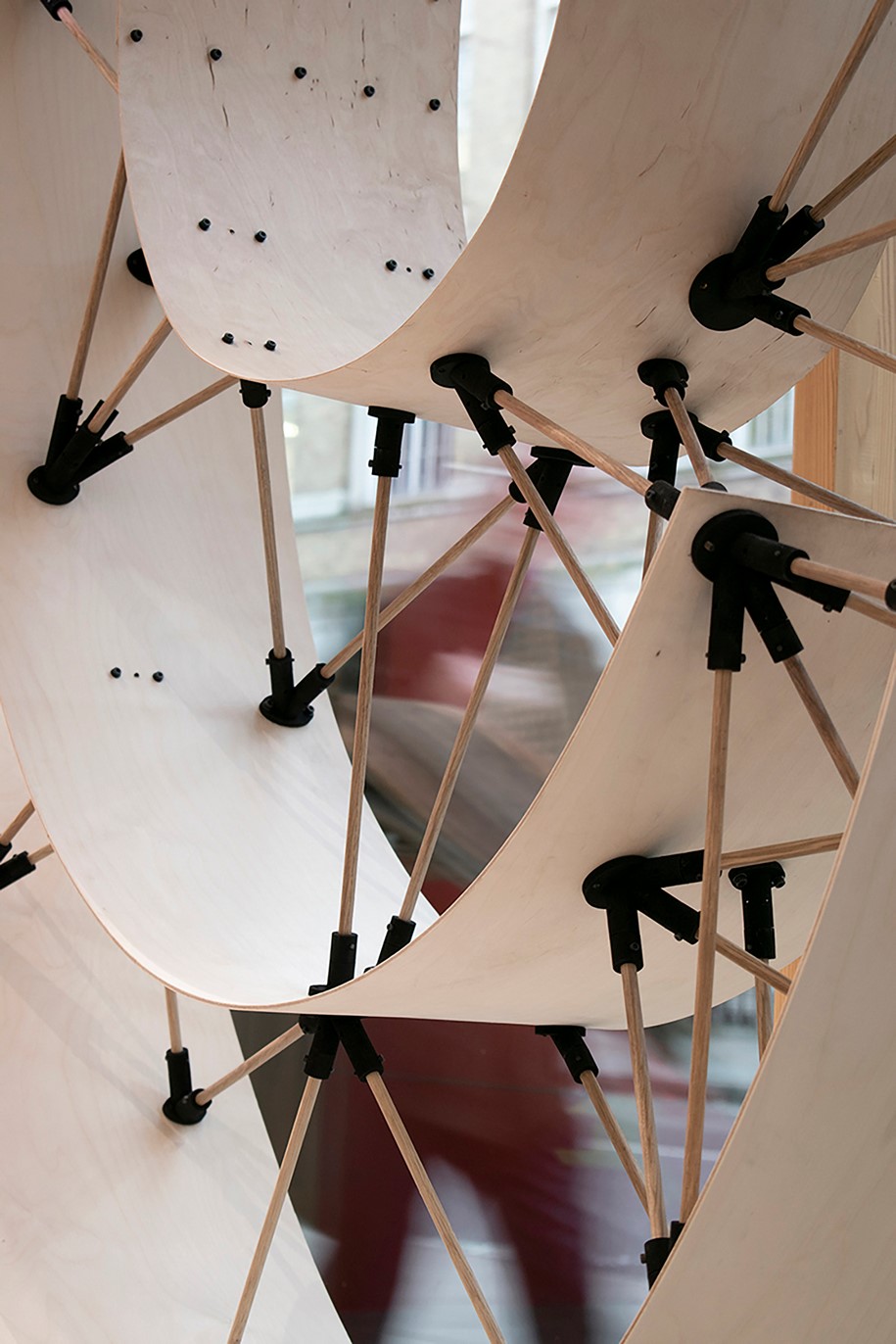 The project tries to build a mutually symbiotic relationship between elastically bent birch plywood sheets that actively seek their own forms. 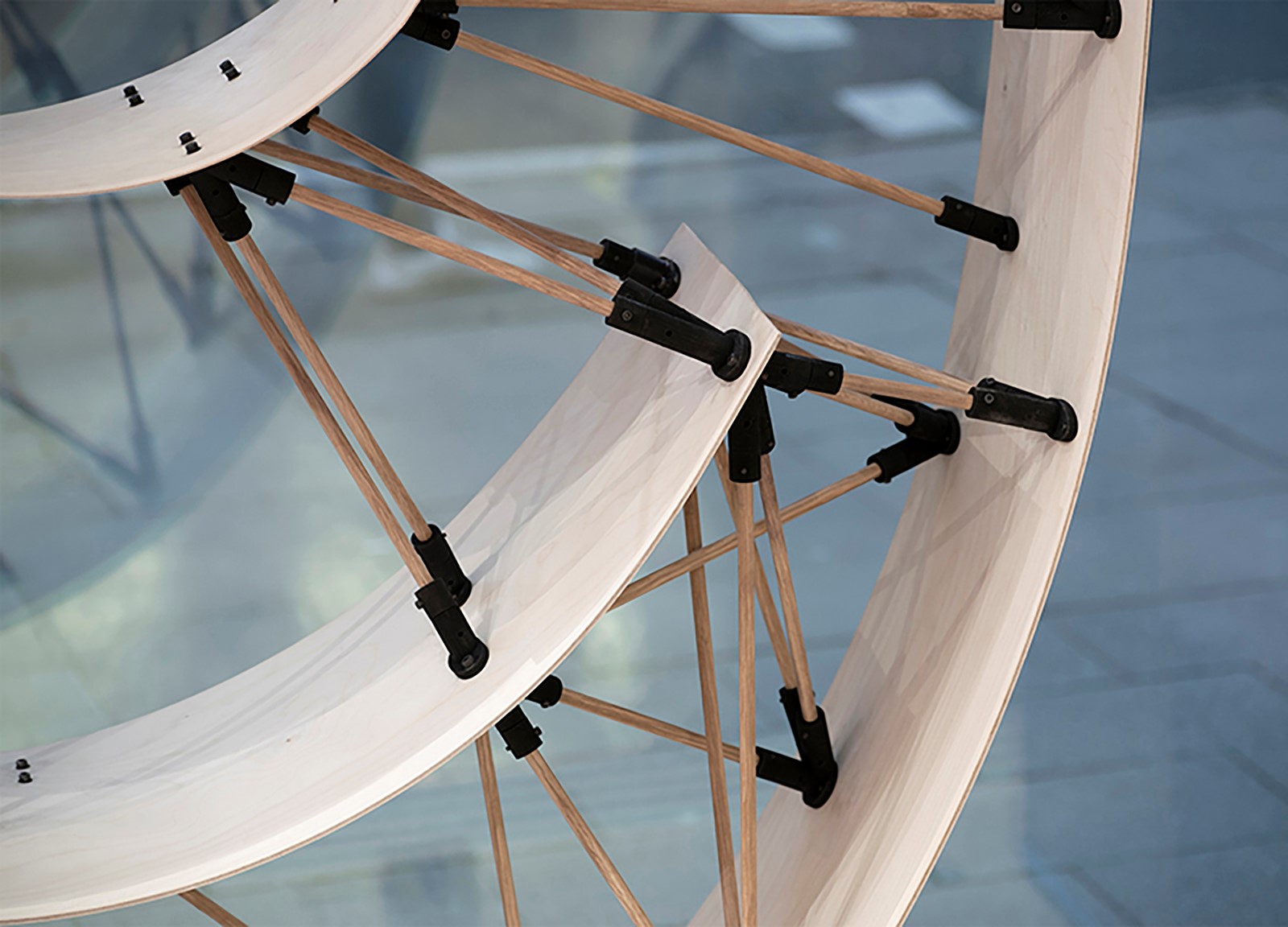 Electri-city: the dystopia of a city liberated from work and enslaved to a power generated society | Student work by Despoina Karampela & Myrto Lada

by MELINA ARVANITI-POLLATOUArchisearchhttps://www.archisearch.gr/wp-content/uploads/MMeteXXelixis_intro-370x700.jpg
SHARE THIS PAGE
WITH YOUR FRIENDS