NEO Bankside is the new development of luxury apartments next to the TATE Modern in London and it has been designed by famous Architects Rogers Stirk Harbour+Partners. After the public opening of the new realm a green space has been presented which seek to be part of the city`s interesting visiting secrets.

A series of innovative green spaces and richly detailed gardens covering a landscape area of 5.794sq/m  around the footprint of the NEO Bankside apartment towers, which have been designed by Rogers Stirk Harbour + Partners Architects(RSHP) as mentioned above, created by Gillespies Landscape Architects. The inspiration came from native woodlands and glades which have been transferred and transplanted in a way in the city’s heart and also very close to the river Thames. The beautiful pocket forest balances so perfectly with the straight, strong and contemporary lines of the buildings. The outdoor spaces of NEO Bankside create a new micro-ecological environment in the urban structure but also at the same time provide to the residences the opportunity to have a mini journey through a natural setting.

The new landscaped gardens connect the NEO Bankside with the neighboring Tate Modern and its surroundings and provide public access during the day as well as a private space for residences to enjoy.

Stephen Richards, Partner at Gillespies, who was the leader of the landscape design team explains that the layout contains large tracks of native plants set within groves of alder and birch trees, providing a “bank” of flowers, seeds and nesting material that will encourage a range wildlife to the space. Continuing he mentions that beehives have also been installed, enabling pollination of the plants and helping to safeguard this threatened species.

A vast variety of fruit trees and a big number of different herbs in a one part of the gardens, encourage the residences to become more active in the management of their own green space. The large forest trees provide a shade on the lawn areas which they become small peaceful spaces in order to forget for some minutes the anxious city’s life outside.

Gillespies through their design achieve to create private residences’ gardens, while at the same time separating them distinctly from the public routes. The centre of NEO Bankside has been designed in such an order to become a permeable public realm, with the landscaped groves which delimit two public routes through the site, one entering from Southwark Street to Tate Modern and Summer Street to the riverside. The separation and the binding of the two types of spaces have been defined through the use of richly-planted berms, pebble-lined moats, stone-lined cuttings and narrow walkways that combine together and create a strong sense of identity. The long planted berms drive the pedestrians from north to south and act as threshold between private and public space. The berms also complement Tate Modern’s landscape, binding smoothly this site into the wider urban existing context.

One of the challenges for Gillespies was how to allow for sufficient soil for trees and planted areas, as the whole landscape sits on an underground car park. The solution has been given from the team by designing a folded structural slab which supports the entire landscape above, as well as automatic turf irrigation.

Finally we have to underline that water retention boards were laid over the structural slab, this technology provides a reserve of water to maintain soil saturation and consequently limits the amount of irrigation water required. This reserve of water supplements the planting irrigation system and limits the demands on main water use.  Also all the materials used or fully sustainable and the plants are native in origin and are carefully suited to the microclimate of the site. 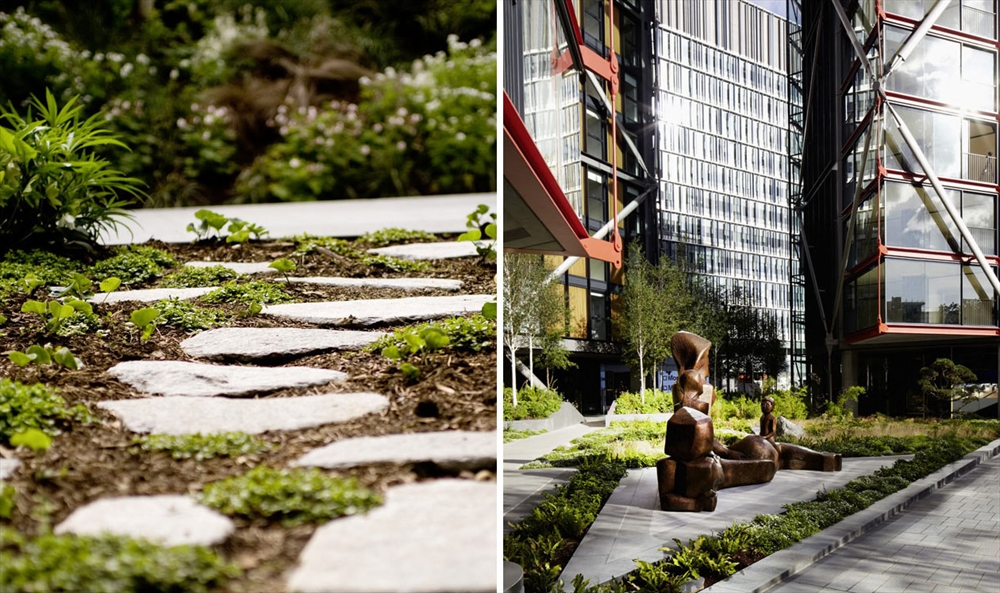 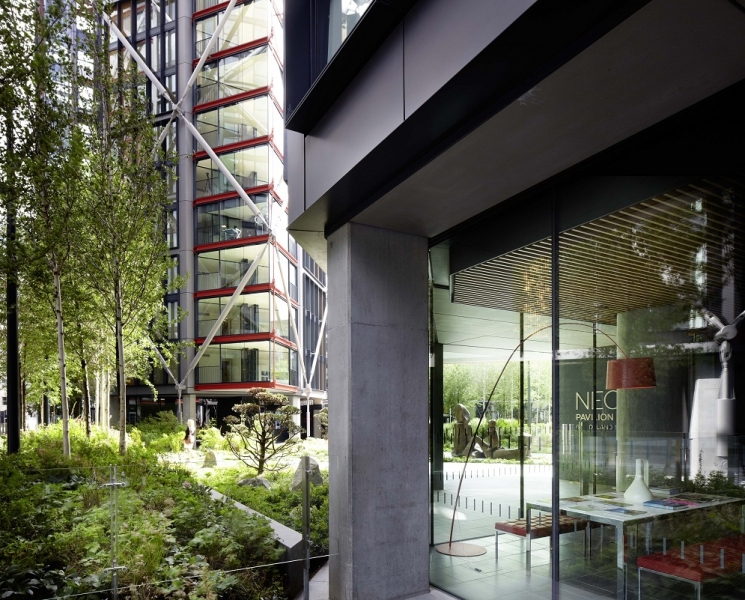 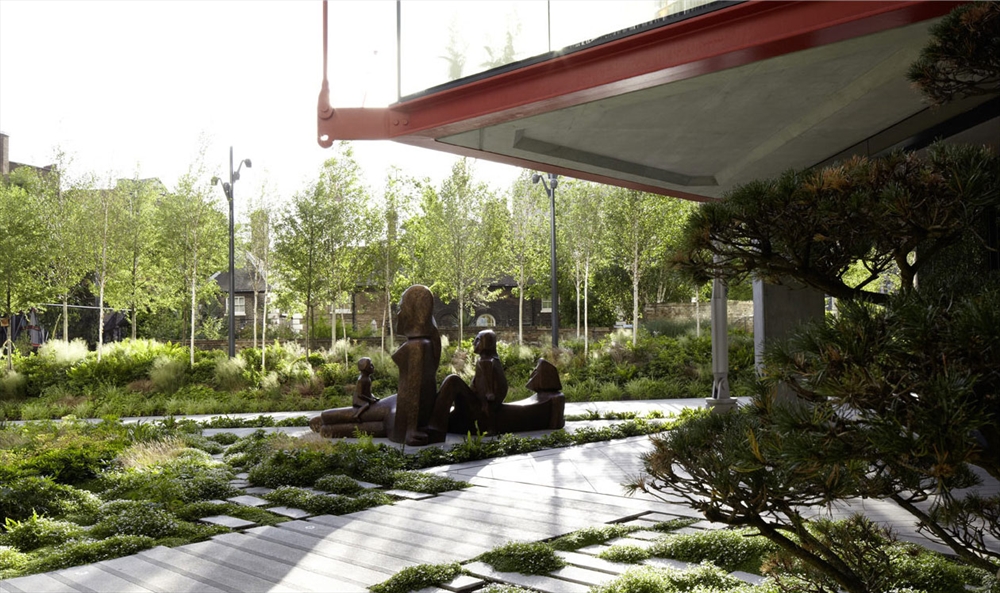 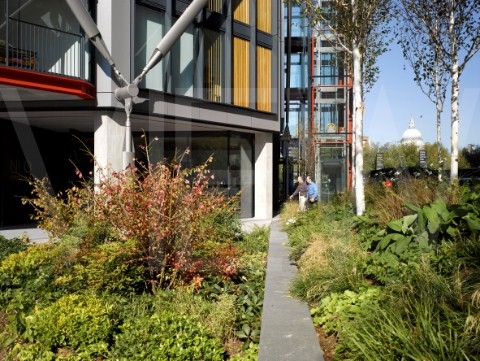 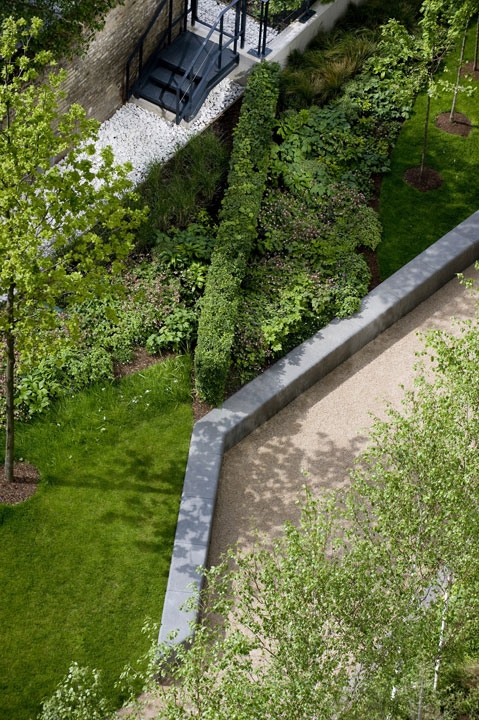 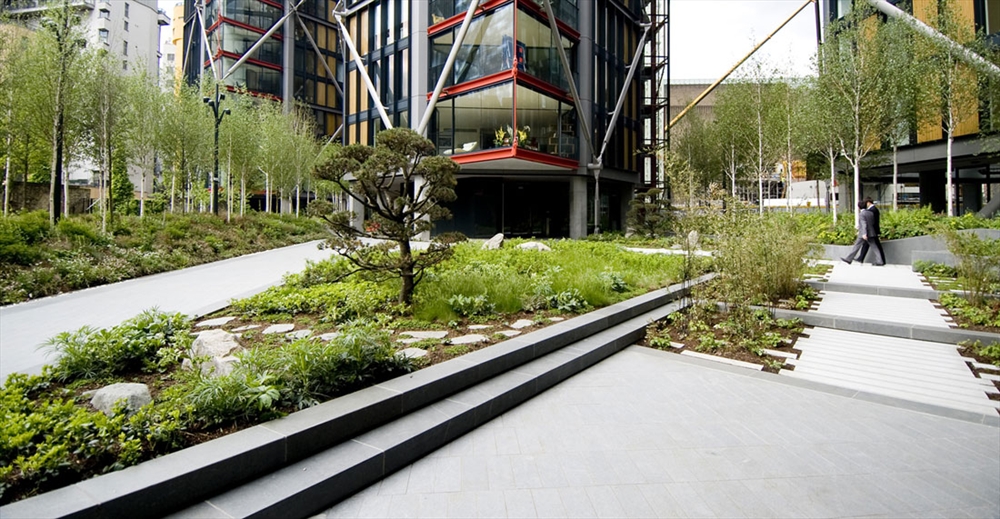 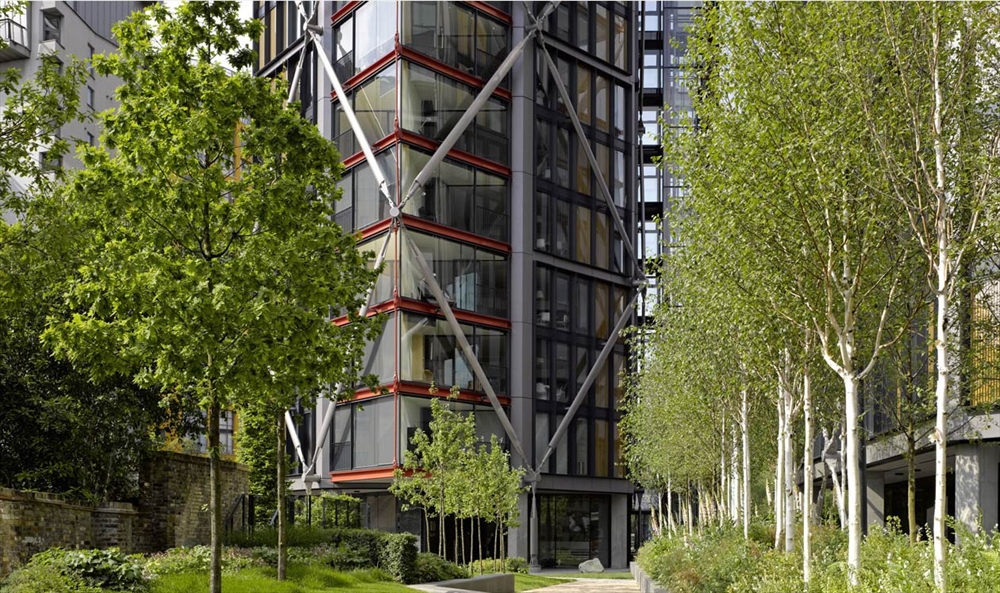 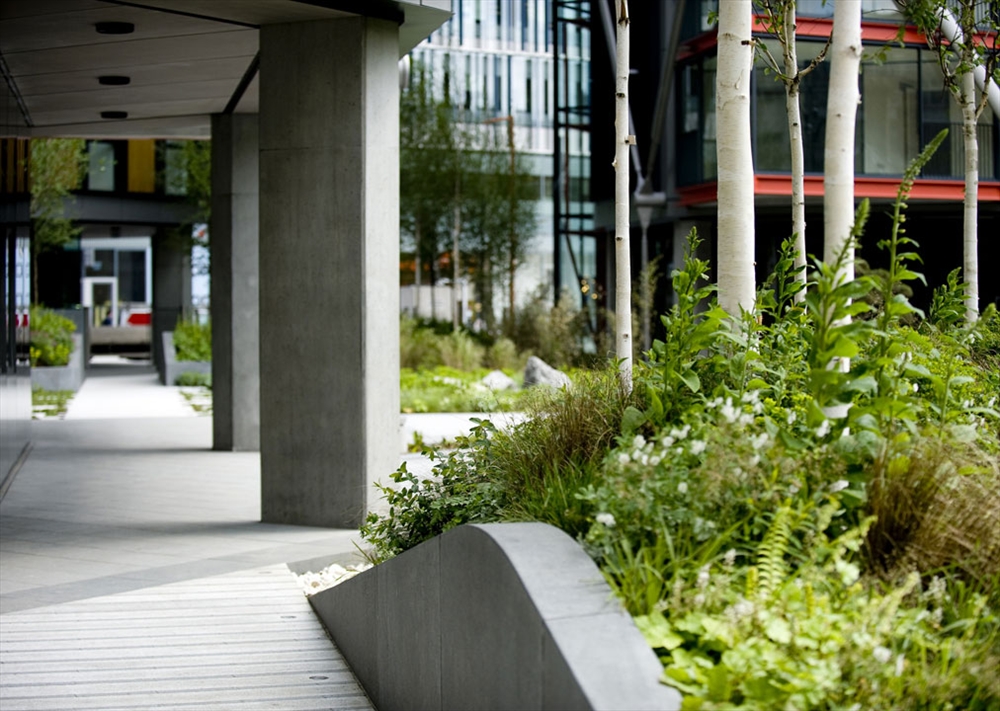 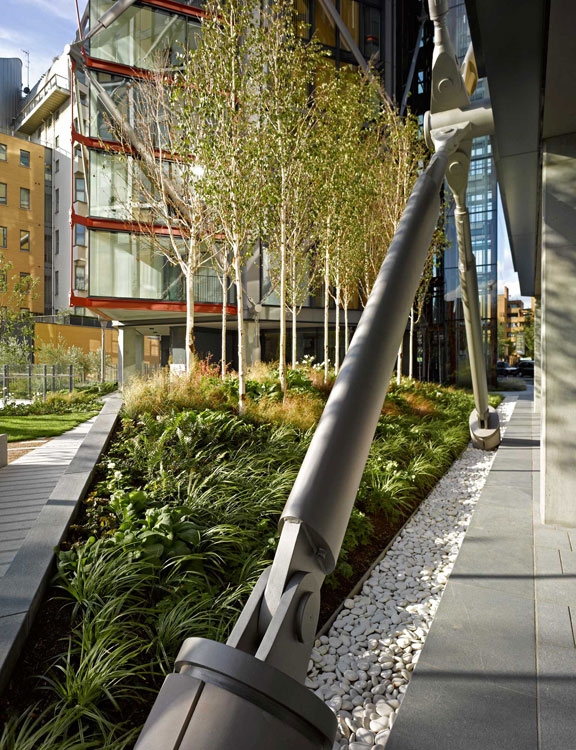 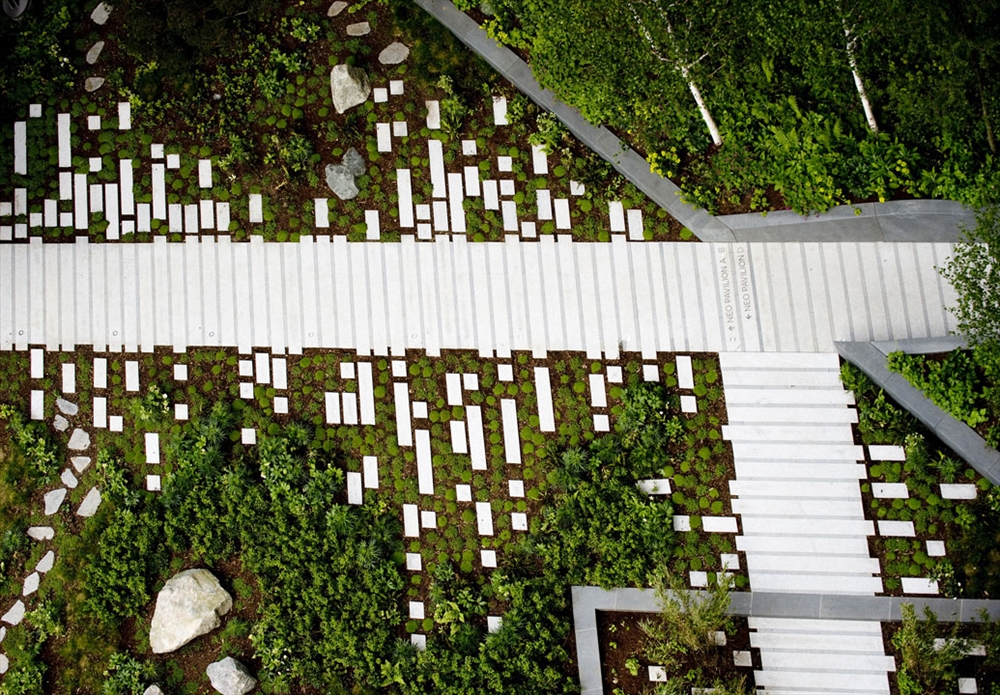 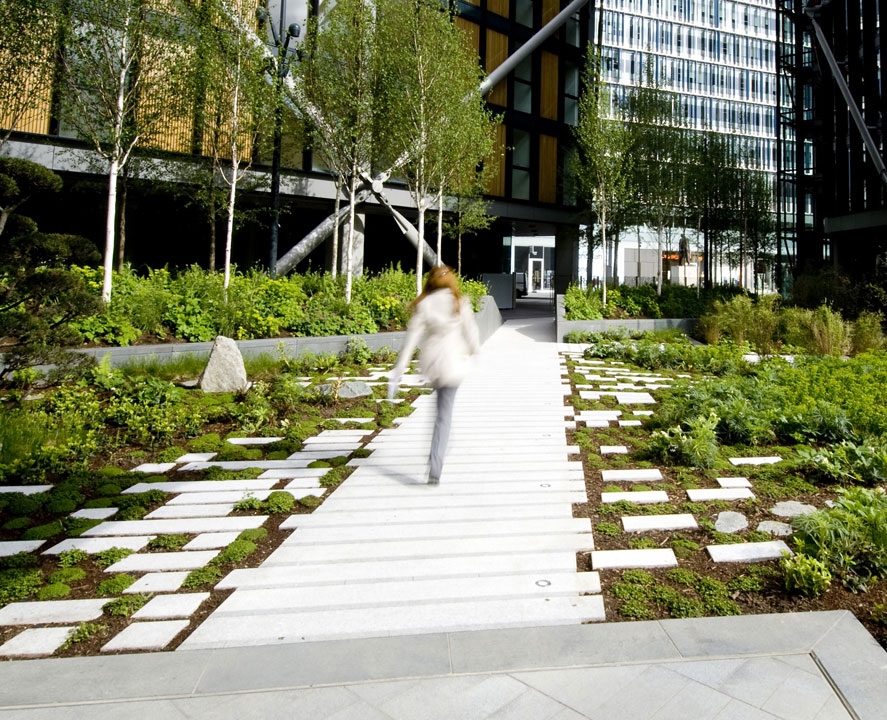 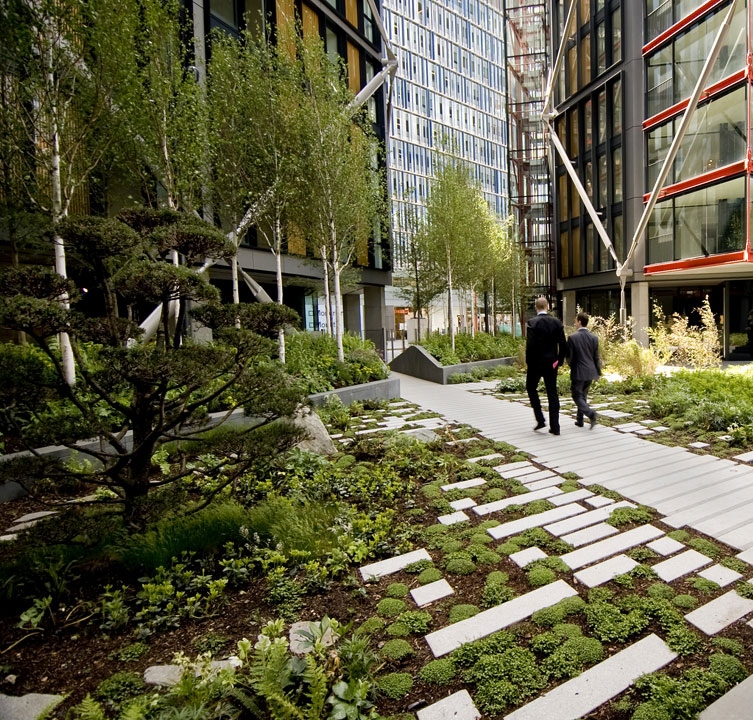 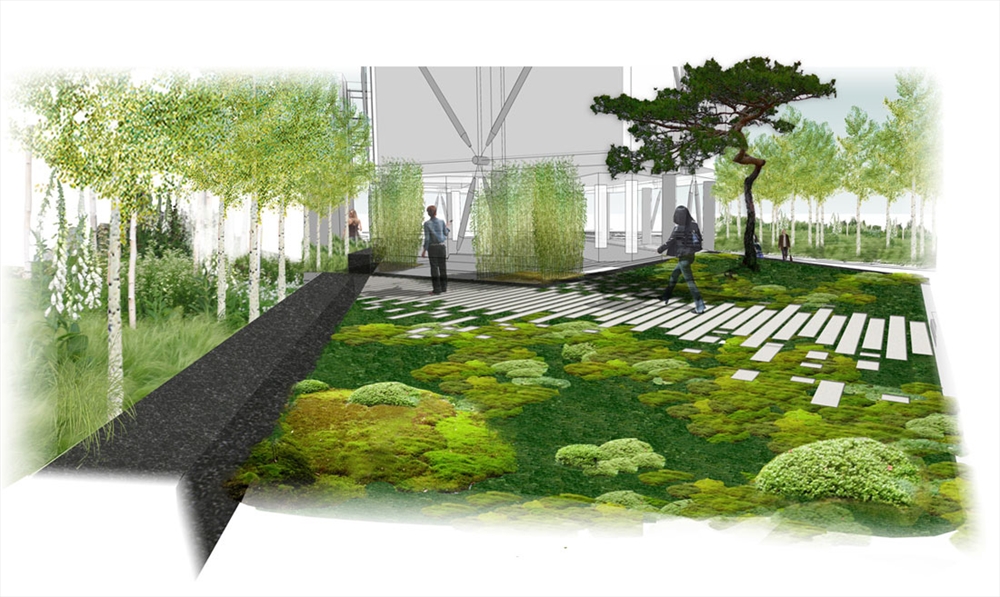 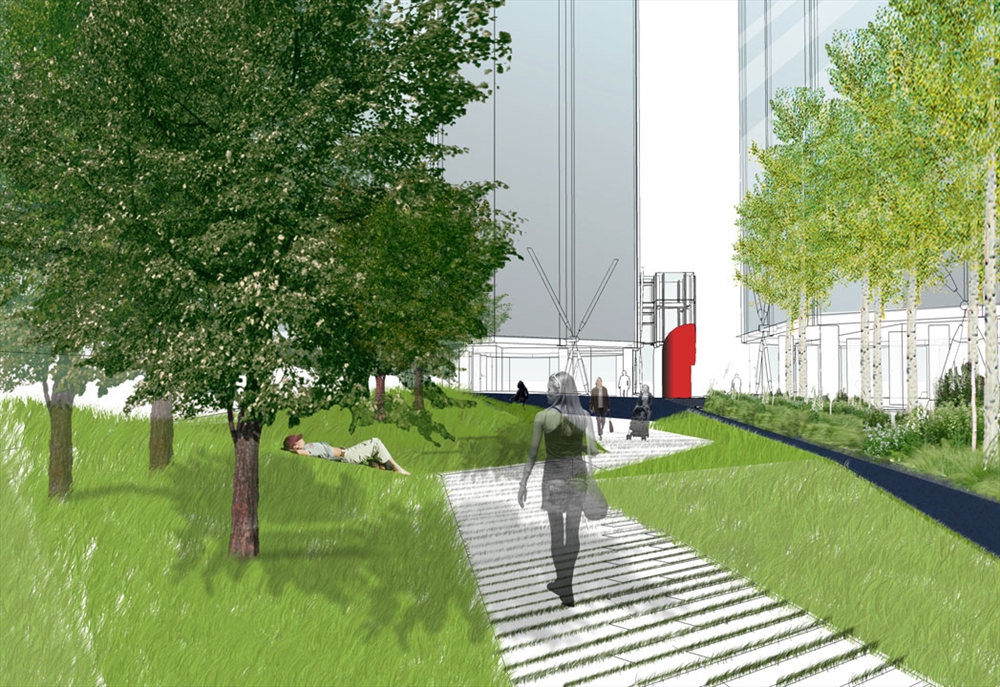 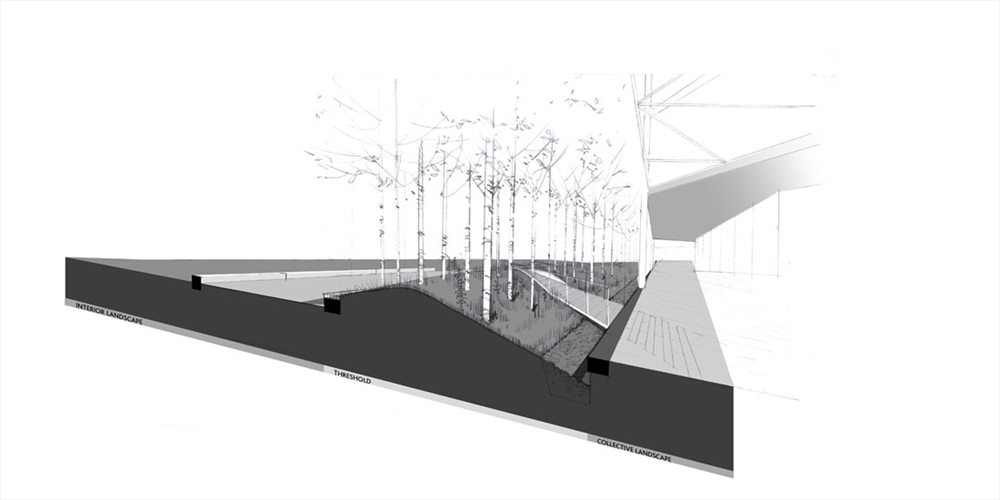 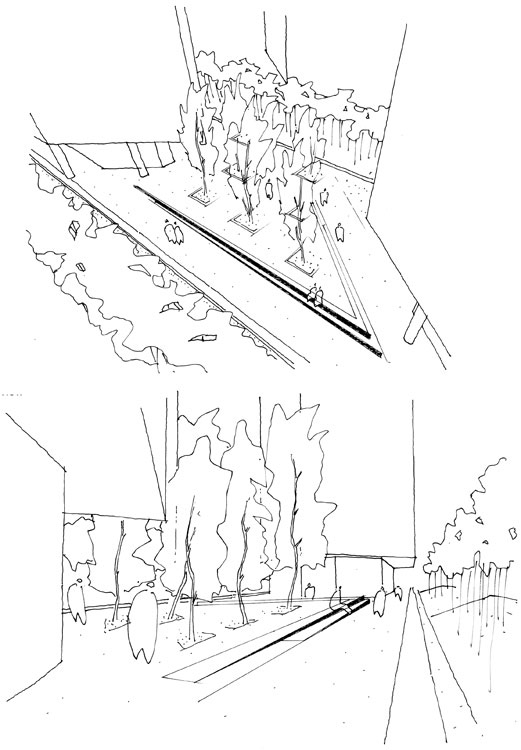 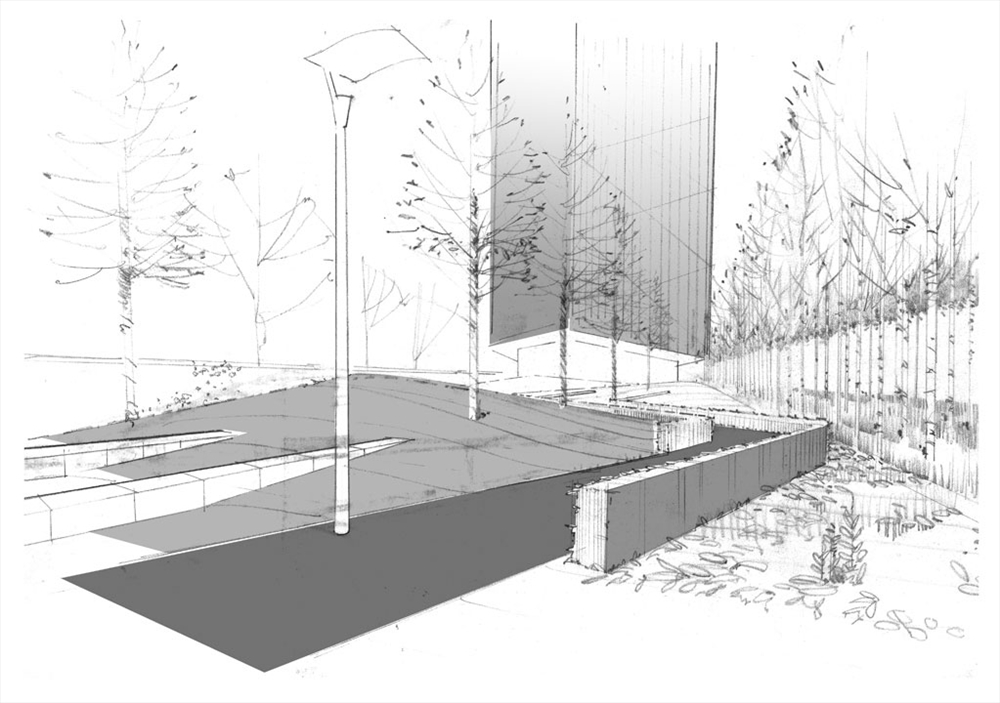 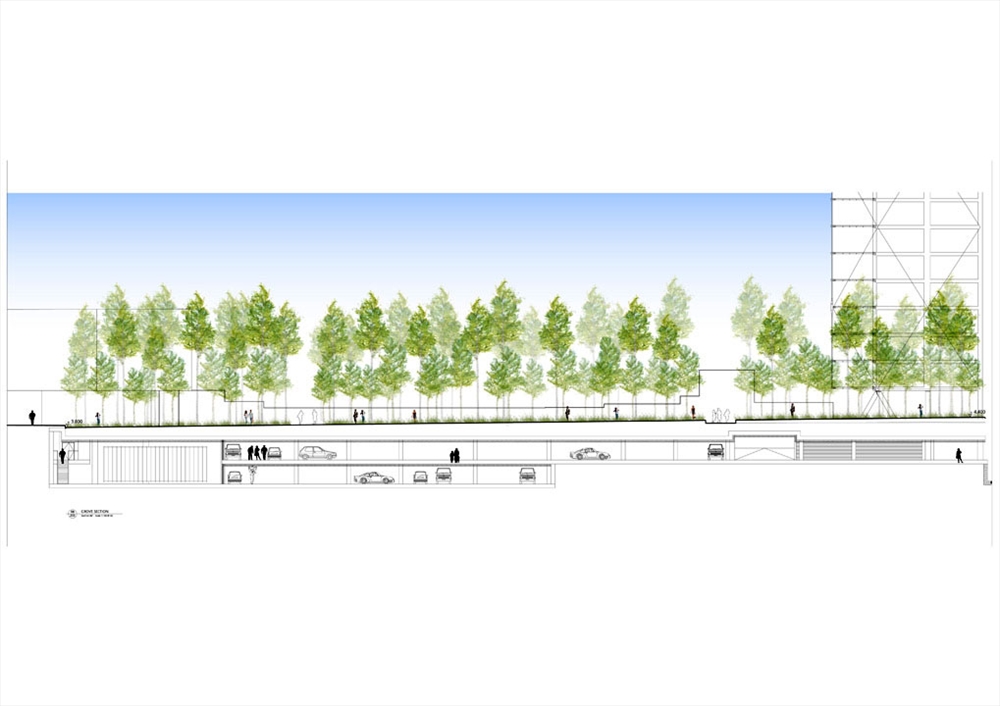 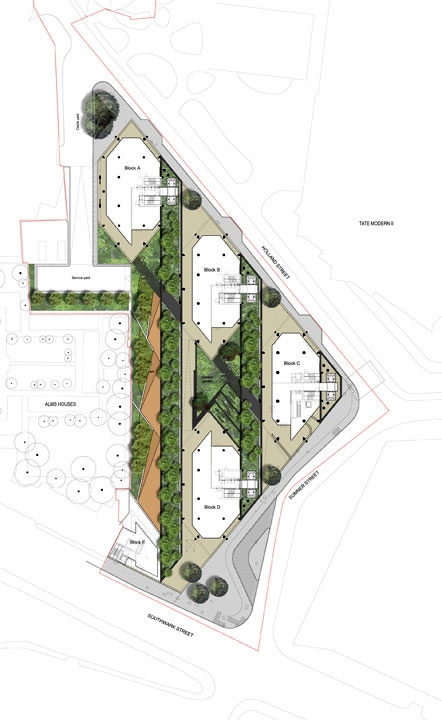 NEO Bankside – From concept to construction from Rogers Stirk Harbour + Partners on Vimeo.

Presentation of the Concept and the Design of Neo Bankside

by ELENI TSIRINTANIArchisearchhttps://www.archisearch.gr/wp-content/uploads/1_MAP-370x700.jpg
SHARE THIS PAGE
WITH YOUR FRIENDS