Looney Bean Bar/Restaurant, designed by Urban Soul Project, in the city of Thessaloniki sits ideally at the top floor of a building with panoramic views of the city’s commercial port and the characteristic industrial skyline. 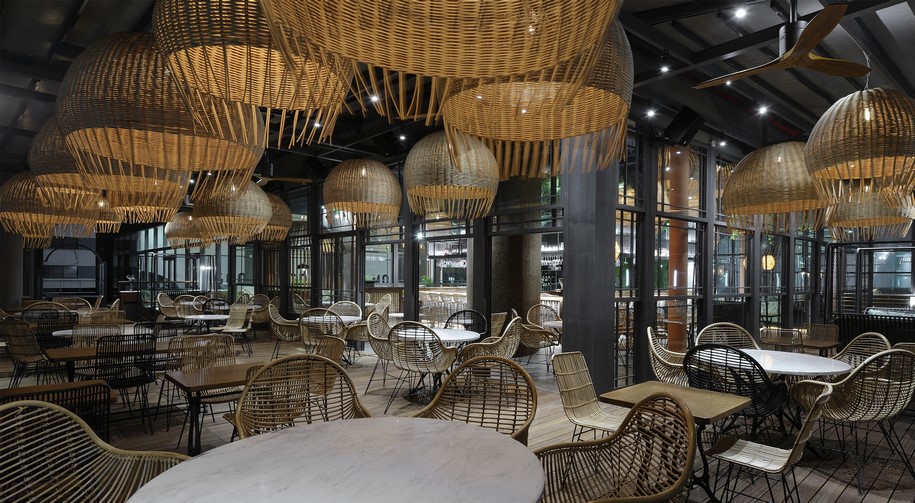 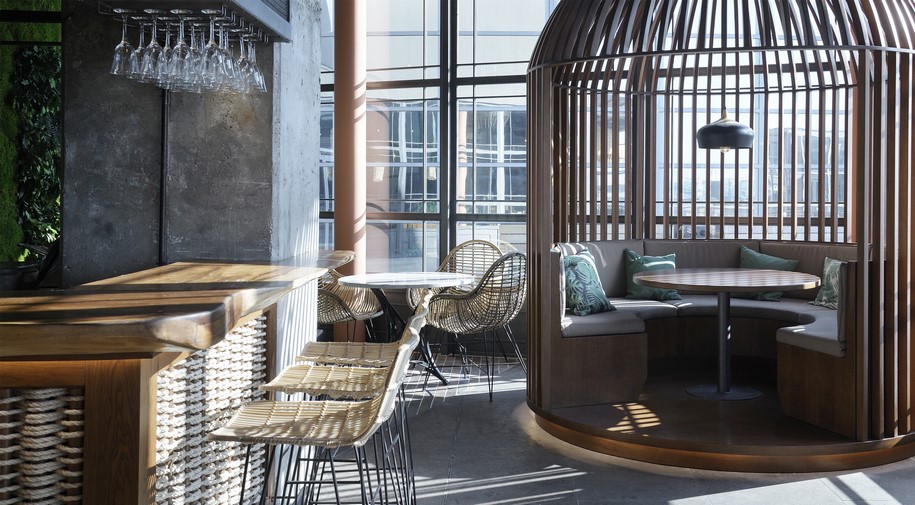 In order to achieve almost 360° views, the idea of a central cube, with all the basic needs hidden inside was conceived. 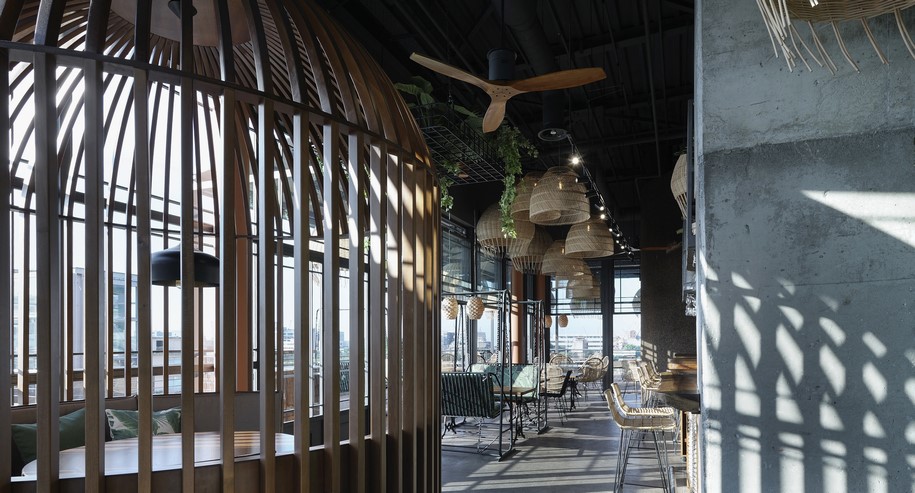 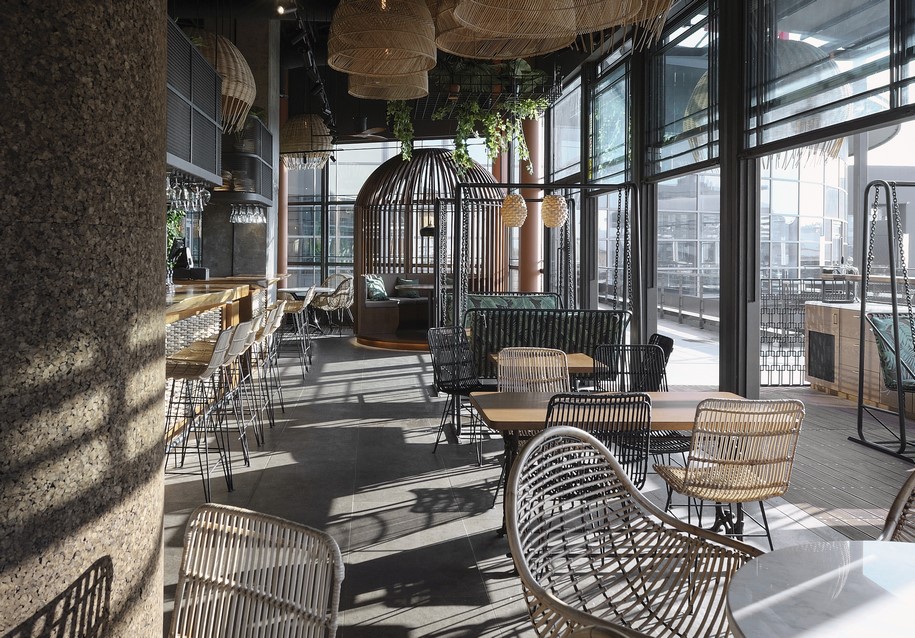 Being a glass box, the space’s challenge was the lack of a ”solid” wall to lean against. The conceptual proposal for this big question was the creation of a box in a box, for the enclosed programmatic needs. 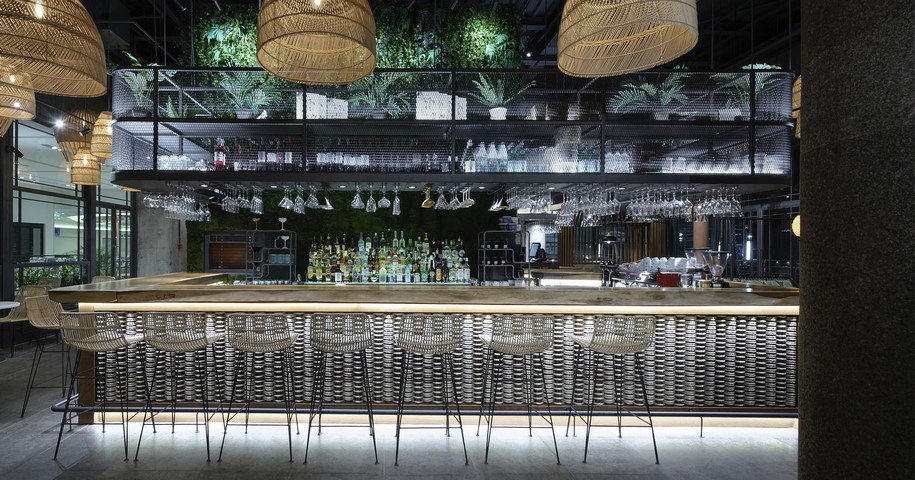 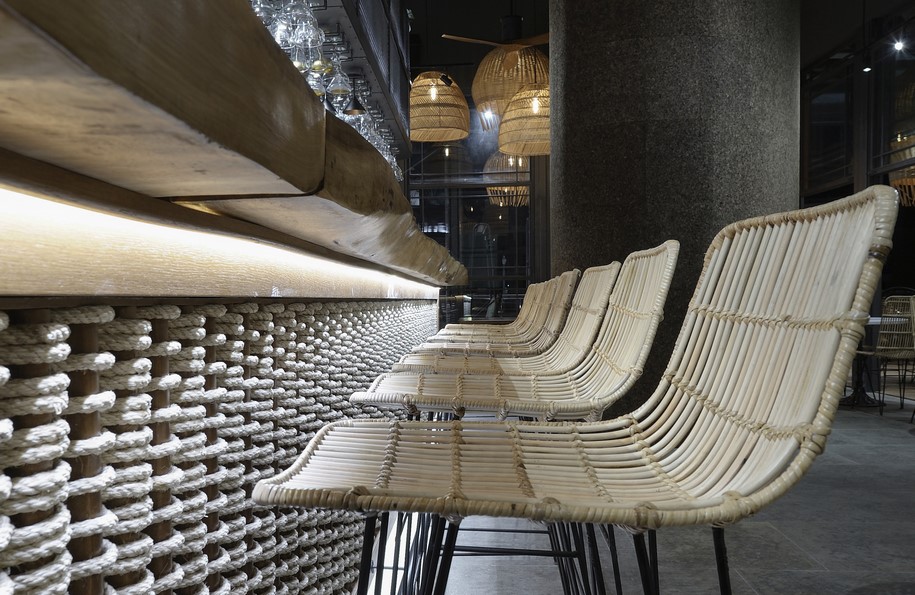 The strict geometrical form of this cube creates enclosures for hidden facilities as well as surfaces for those exposed. 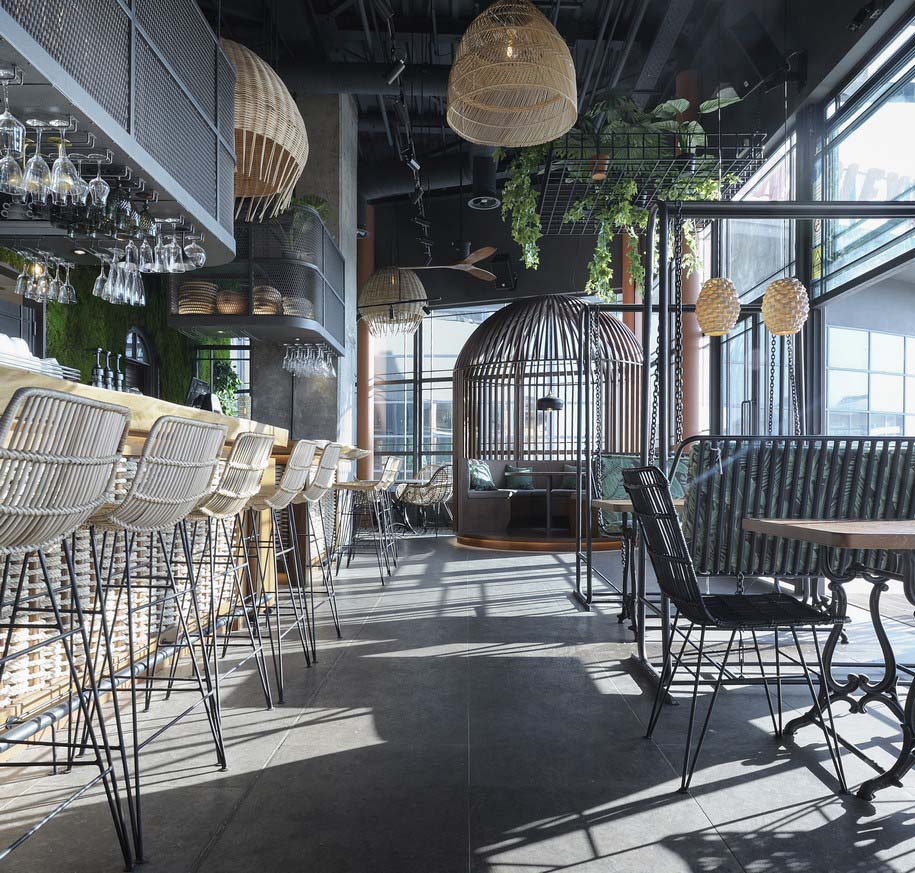 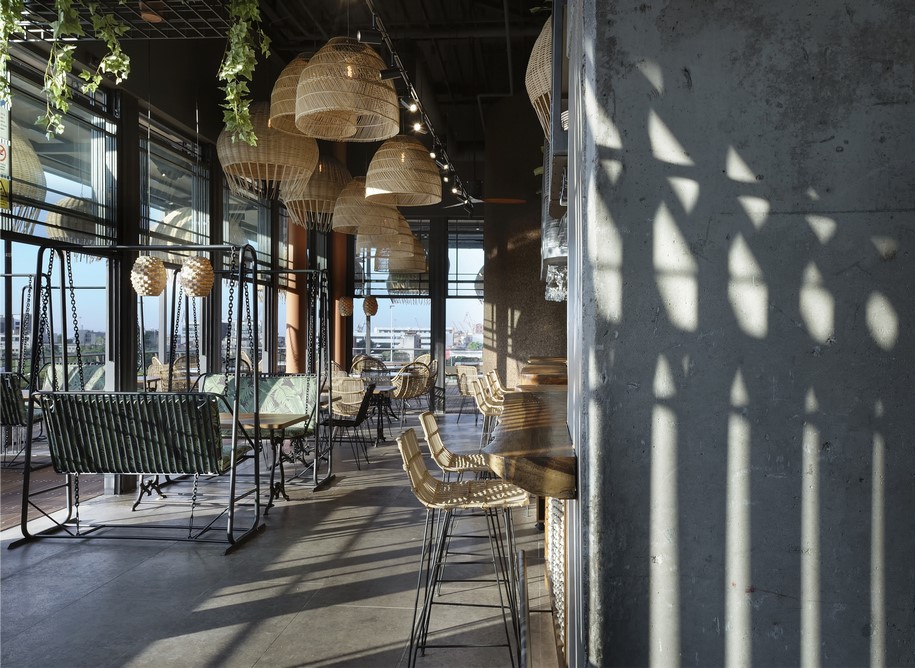 Accessorised with different kinds of plants all over it, the cube creates a forest-like experience. As a result, following the circular route around this prominent green box, somebody feels like an urban jungleness is revealed.

Specifically, the space is punctuated by elements of a savage environment that endure the roughness of the landscape around. 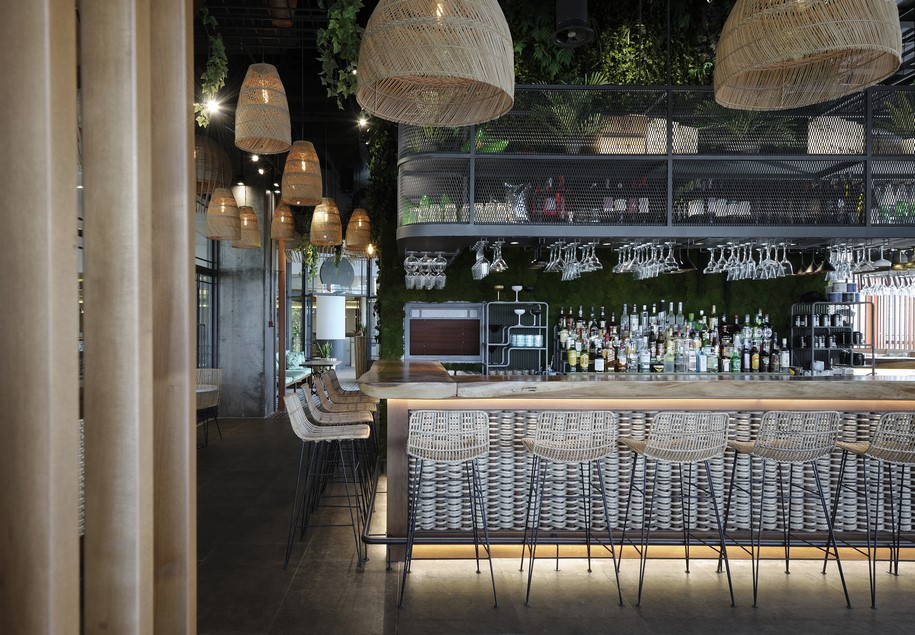 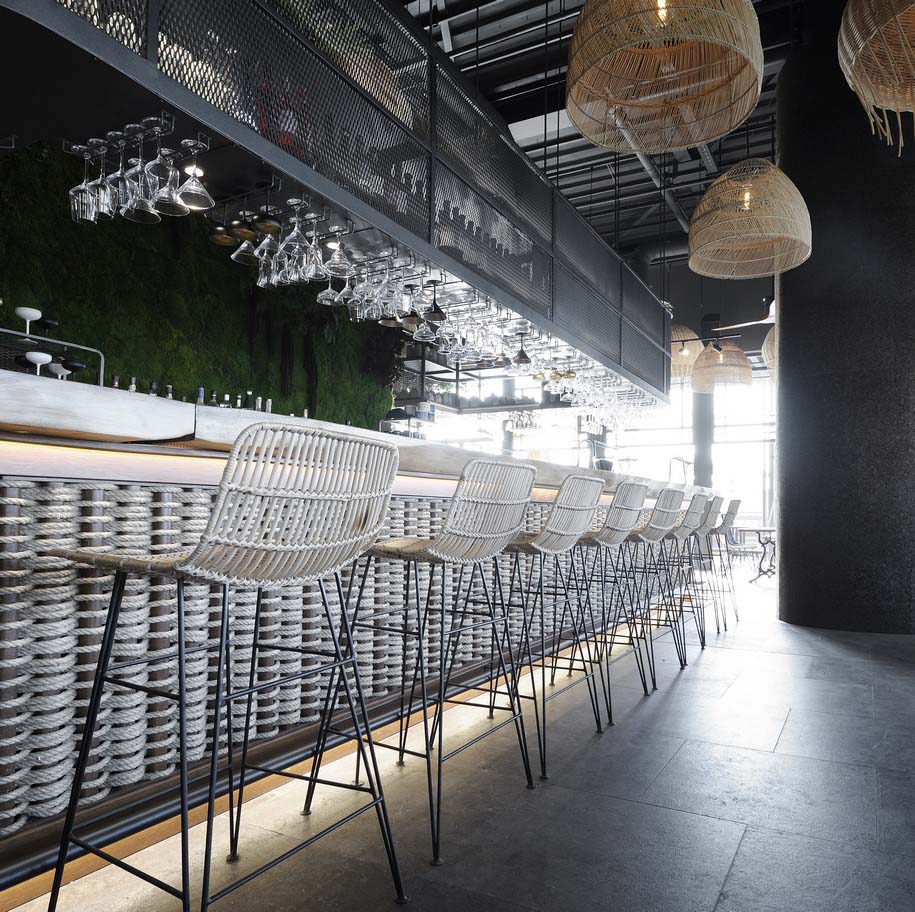 Woven nets that were turned into lighting fixtures and an uncrafted wooden surface for the bar counter unfold a raw exotic sense, while the metallic structures filled with plants that are hanging from the 6 meters height ceiling, create a scene typically found in the jungle.

In addition, cages are used as a reminder of the way explorers of wild territories used to capture undomesticated and exotic species. Metallic swing stands with nature prints on fabrics are used as a symbol of the timeless familiar sense of a green domestic courtyard. The floors are laid with stone and ceramic tiles. 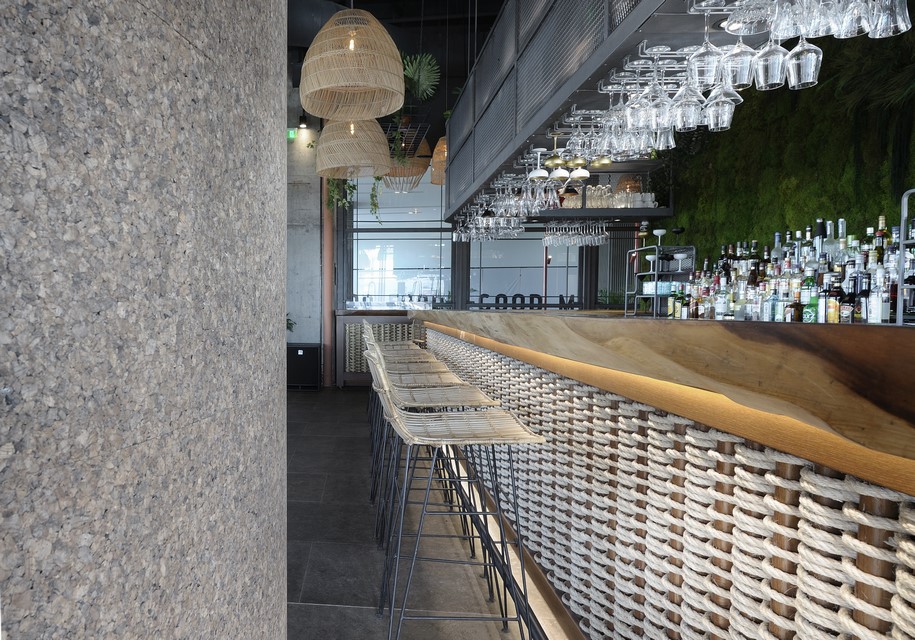 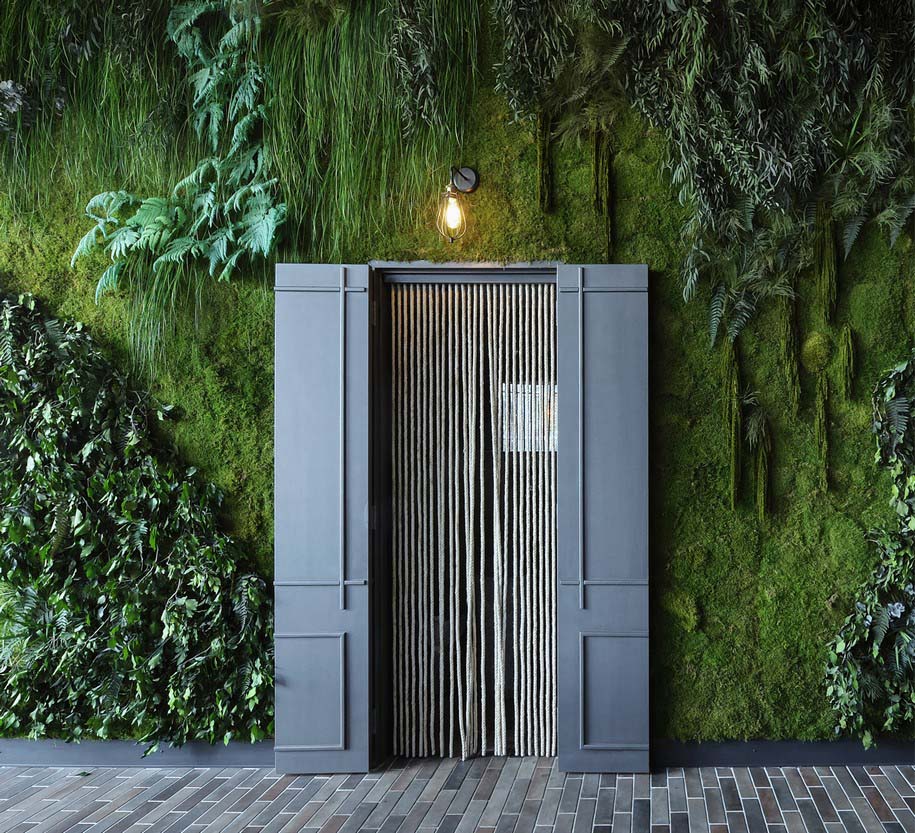