Southlands is an integrative endeavor by SquareWorks aiming to rejuvenate an old 1930 Art-Deco apartment in Mumbai, to accommodate the postulated requirements of a modern-day multiuser collective.

The project intends to celebrate the inherent quintessence of a sangfroid ‘Bombay-ish’ precedent with distinct incorporation of consciously designed alterations. Its spatial system has been revitalized to cater functionality, which extends beyond the domesticity of an erstwhile household, assimilating further to reflect an untypical dynamic space that performs in more than several ways. Like most older apartments, #7, Southlands too, was a typical Art-Deco setup involving multiple rooms structured to facilitate conventional domesticity of an Indian household. 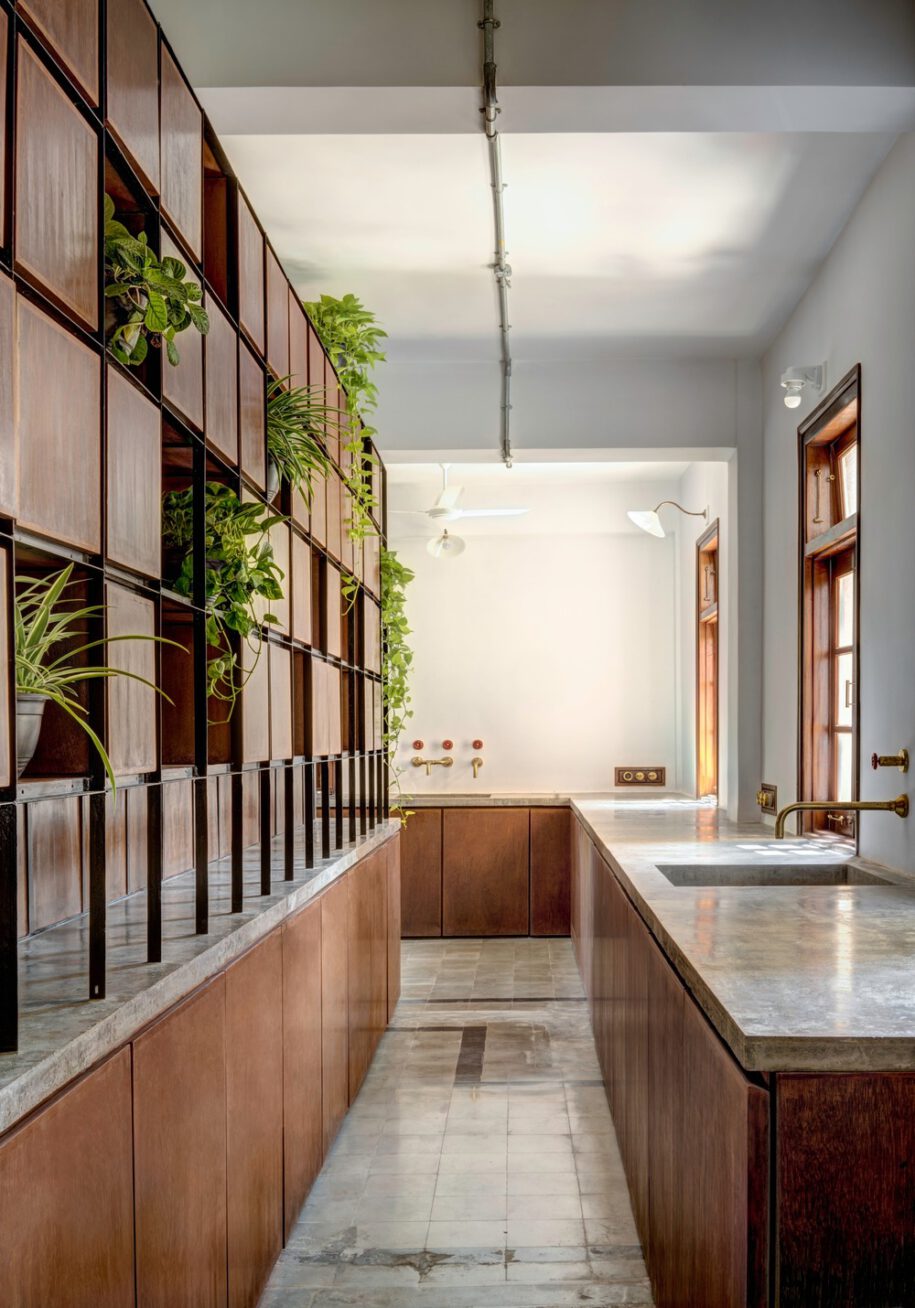 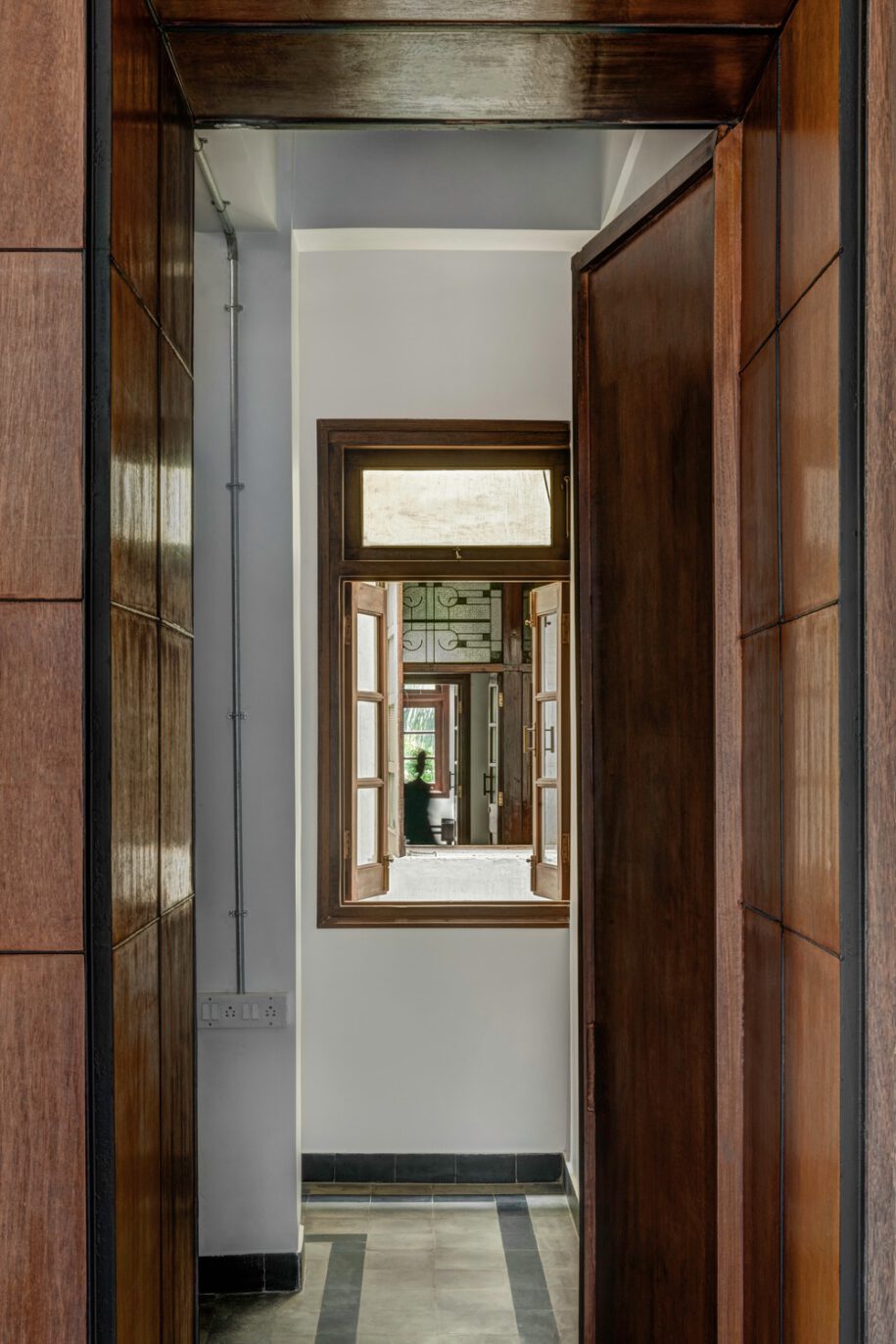 The brief posited dynamic multifunctional spaces which served different purposes from time to time, and yet involved preservation of its iconic attributes. 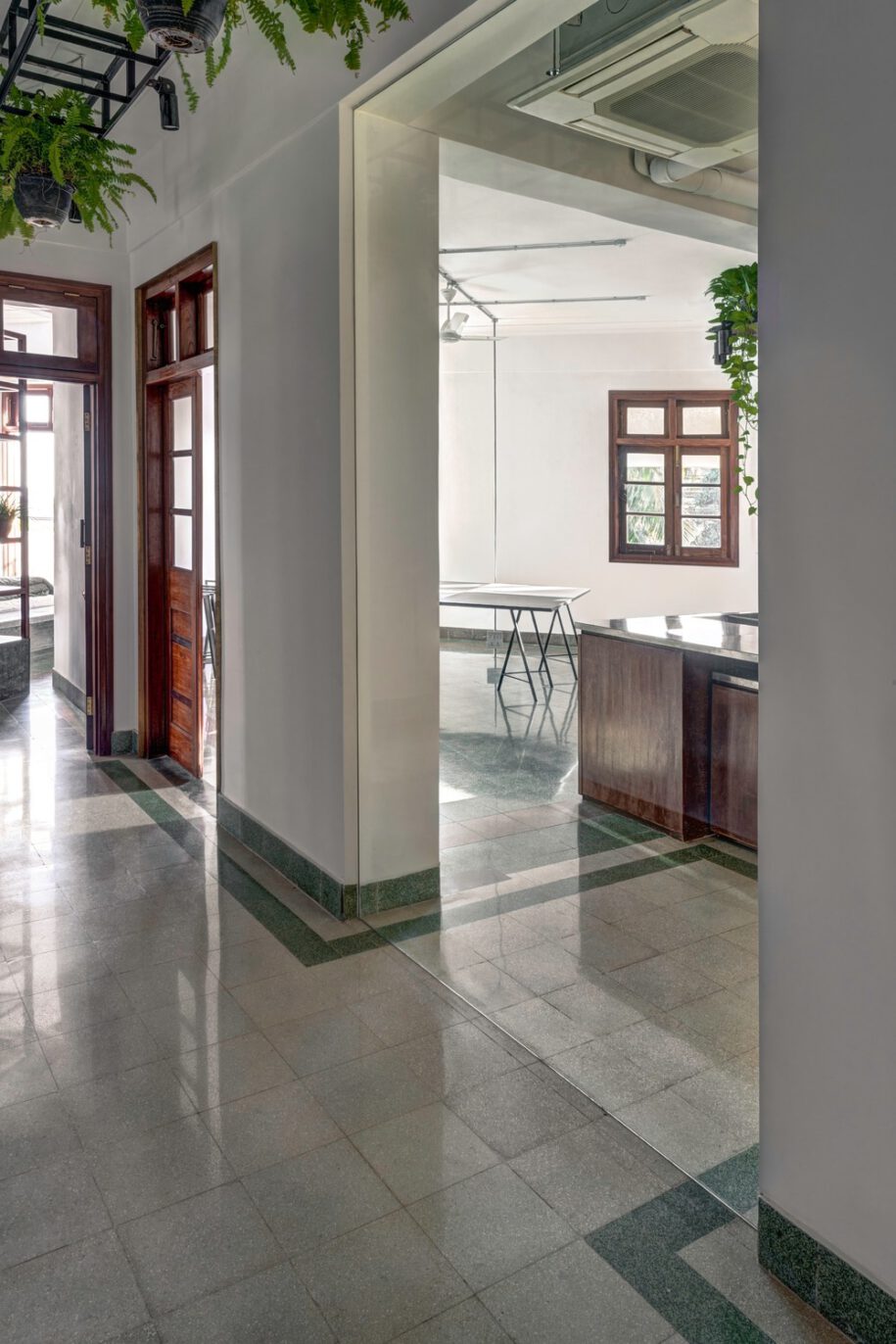 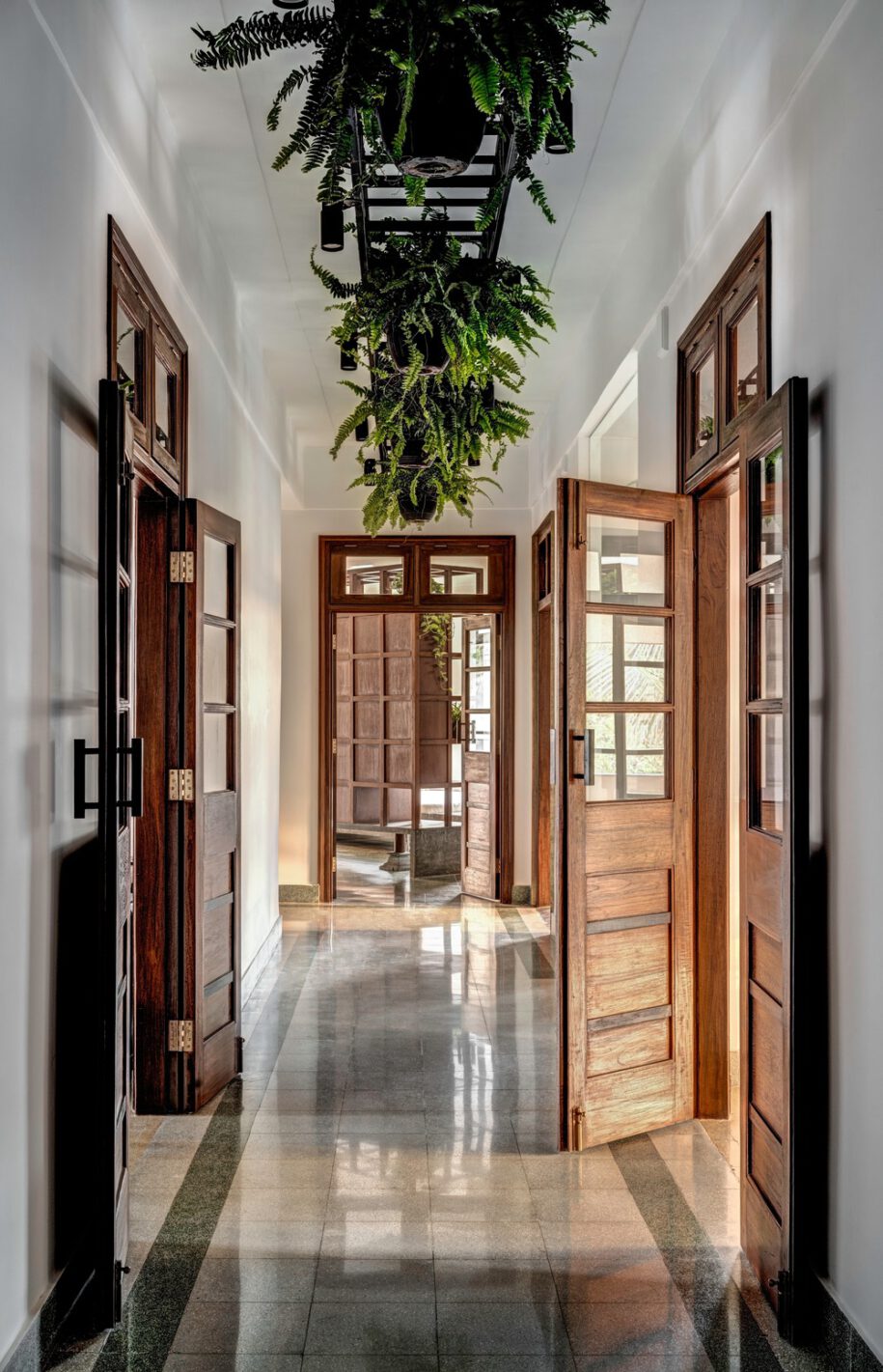 This approach called for a conscious restoration proposal which not only would anew the lost charm of a 300 sq.m 3BHK colonial apartment but also addresses the multi-user specifics of a neoteric residential workspace, where living room functions as a multidisciplinary workplace with multiple users and dining hall converts into a gallery or exhibition space. Emphasis on contrasting static vs dynamic elements achieved by a studio- space which is rearrangeable and playful as opposed to beds and storage which portray permanence and stillness. Clear segregation of service core from master spaces. 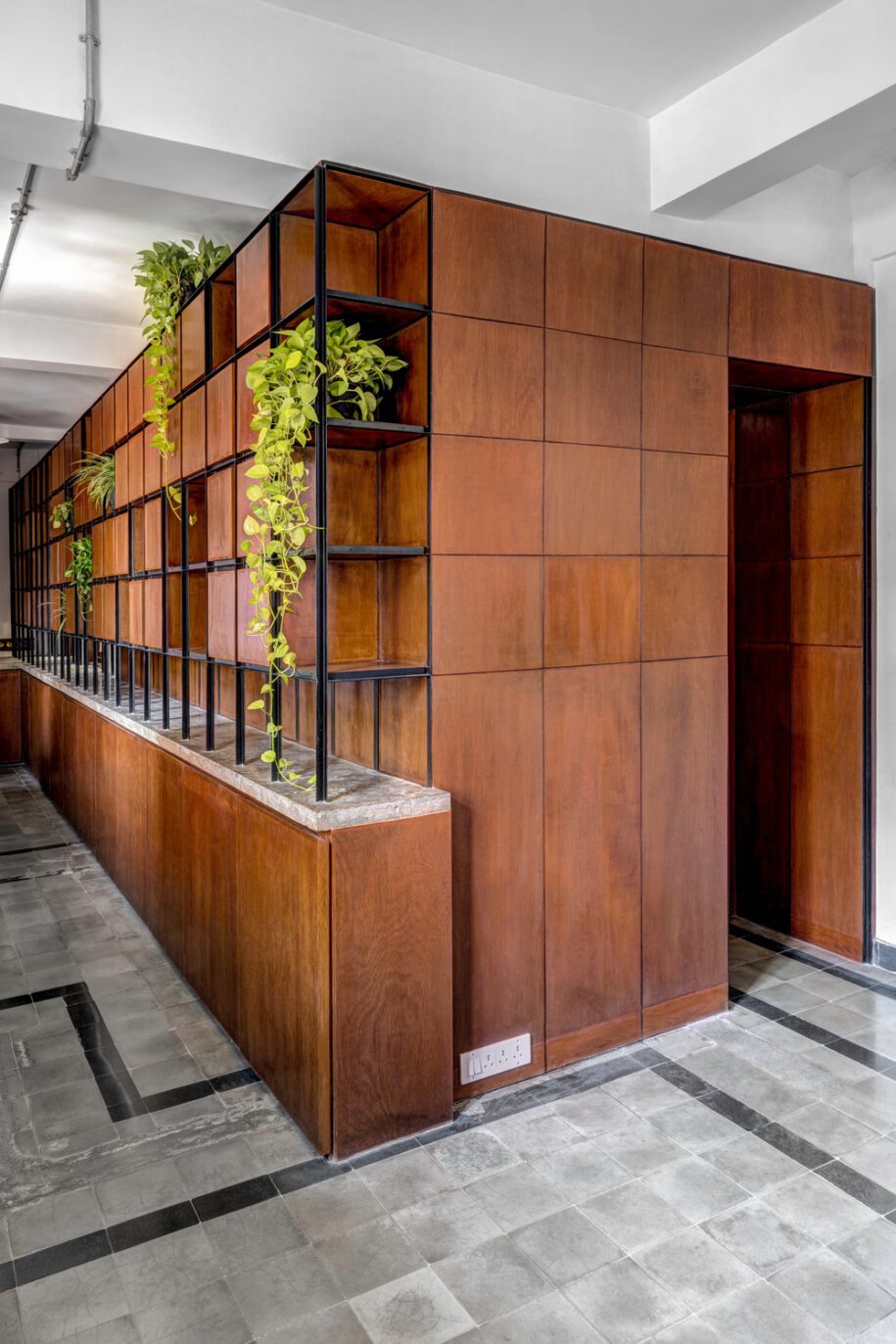 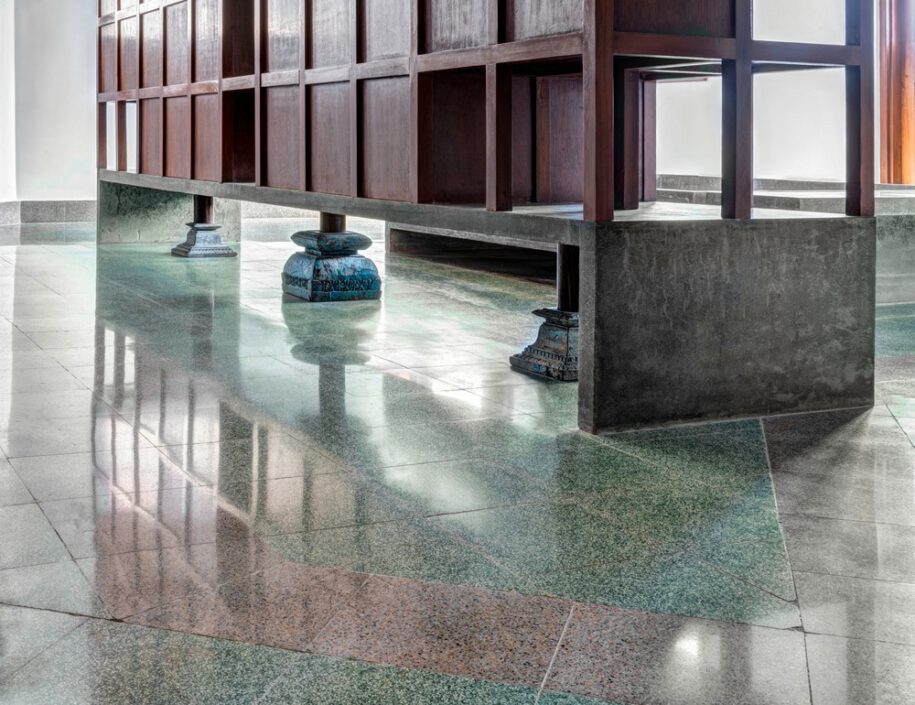 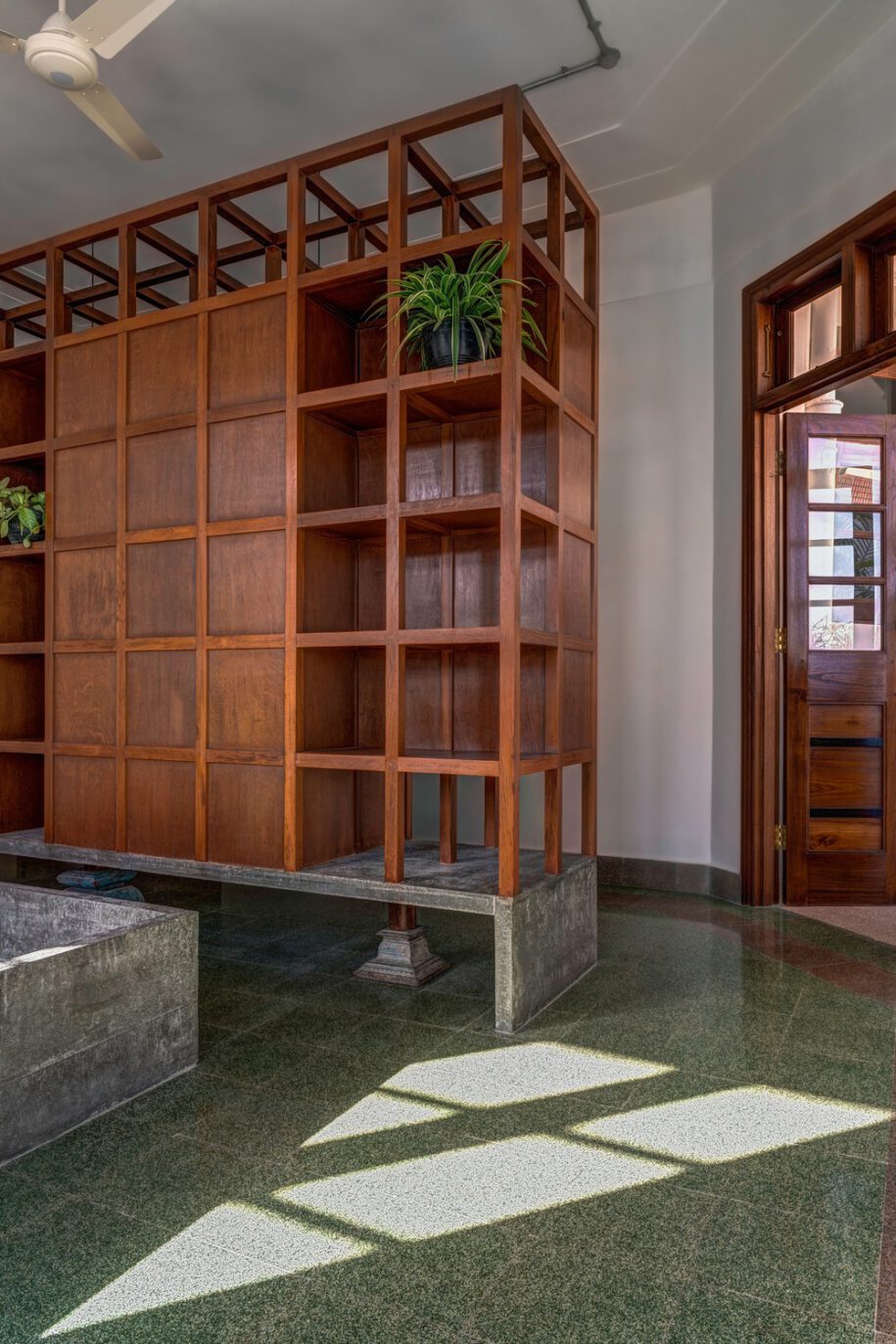 Despite the pronounced division of existing space, the apartment evinced an ambiguous experience, in terms of internal navigation and functionality. The design principles were thus derived on the basis of five spatial concepts: 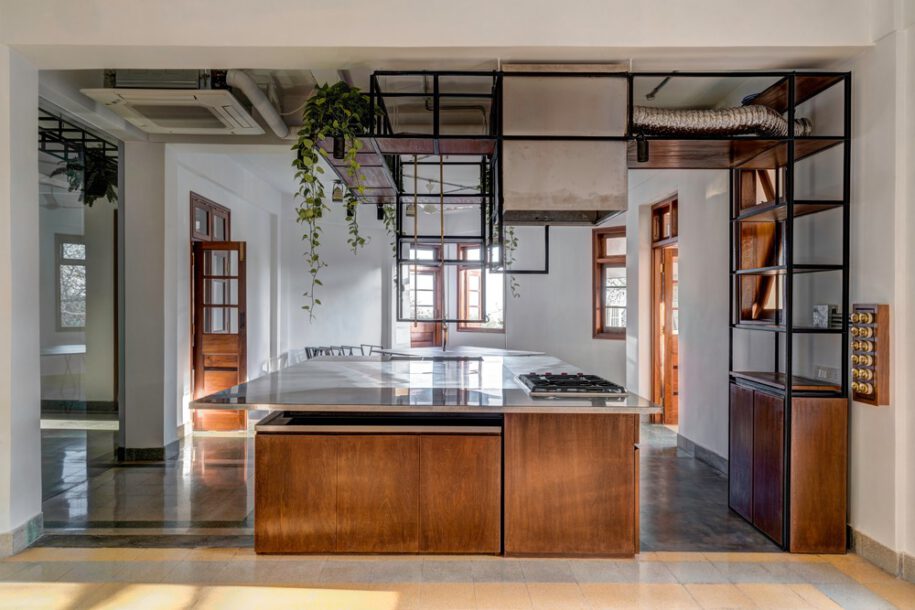 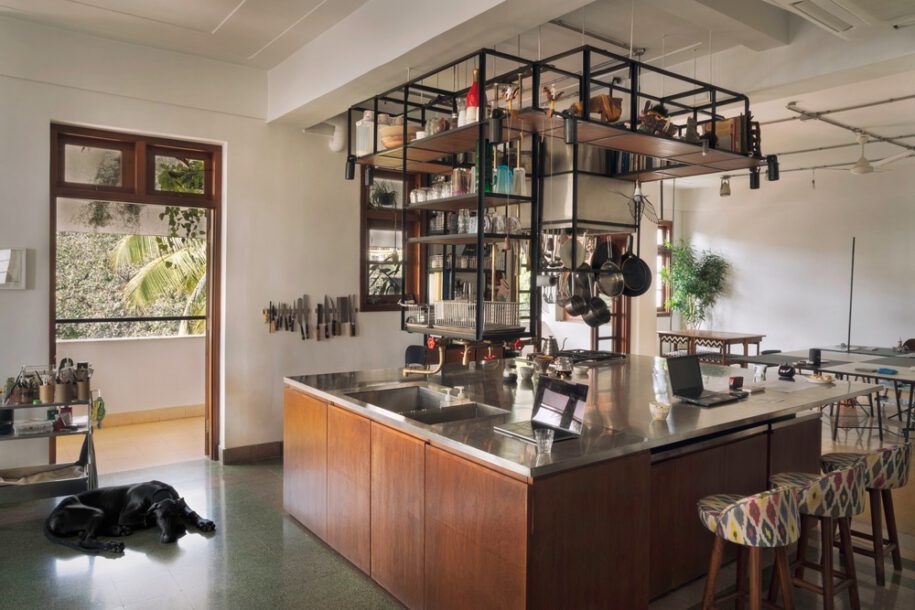 Altogether, this methodological approach tendered a homogenous space, which allowed dynamic functionality in alignment with the variable domesticity of user/s involved. 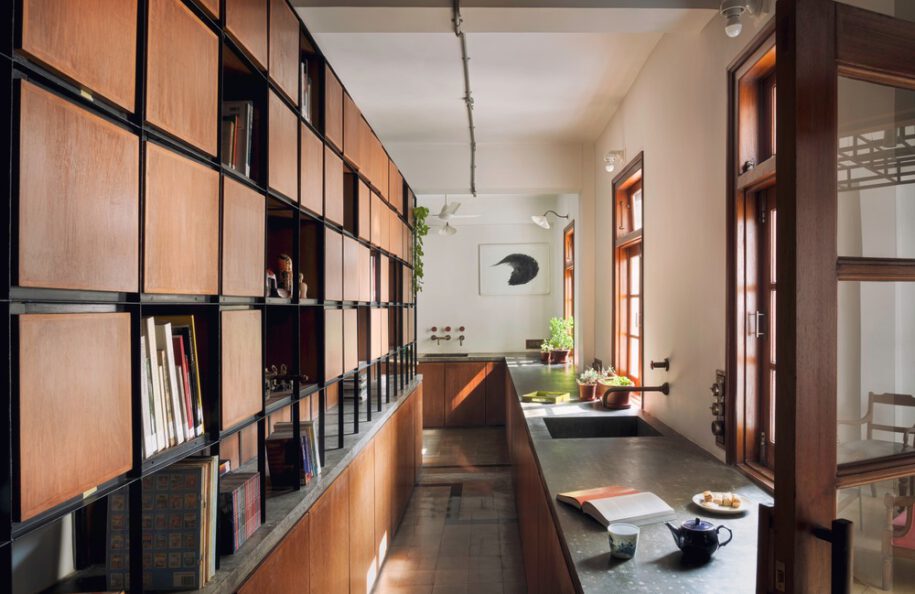 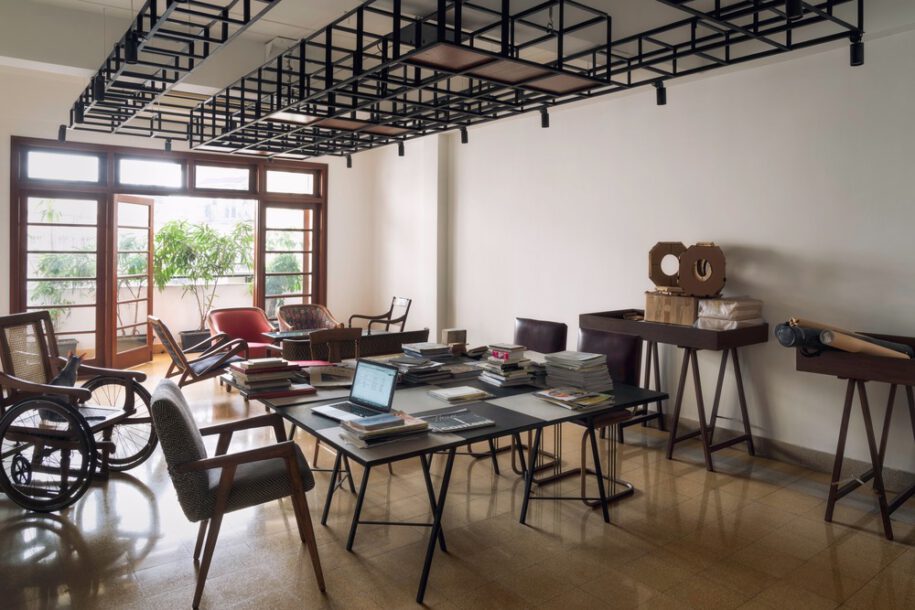 Often when an extant space demands design intervention, there’s a pre-existent spatiality that defines the extent of changes that can be brought about. Nonetheless, the approach for restoring #7, Southlands intended to identify and enunciate some of its characteristic spatial traits. With an iconic architectural style such as Art-Deco being articulated through a Bombay-based apartment, the concern was not only limited to what dwelt within the confines of this habitable space but also to reflect the essence of a larger entity – the city, in this case, Bombay. 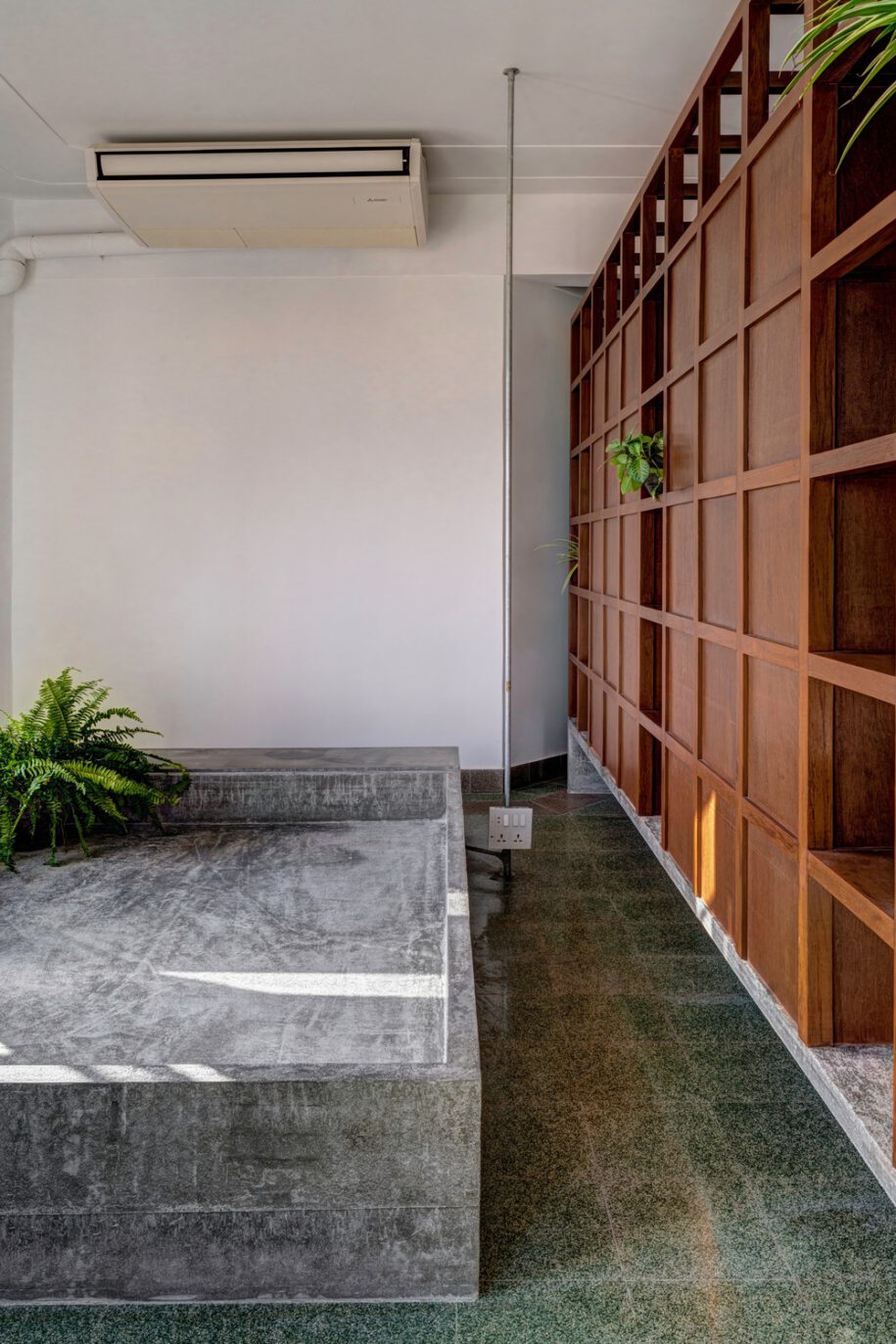 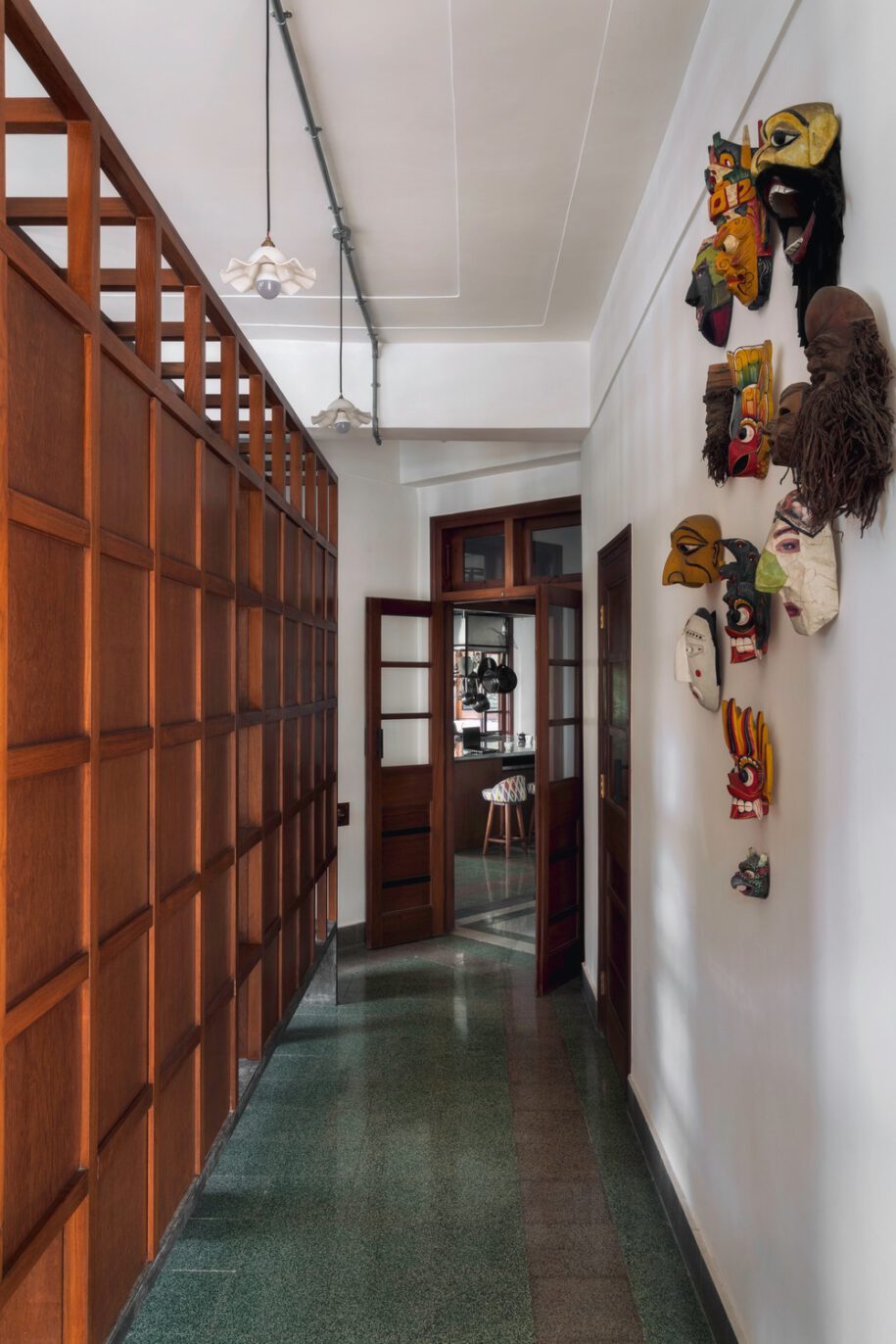 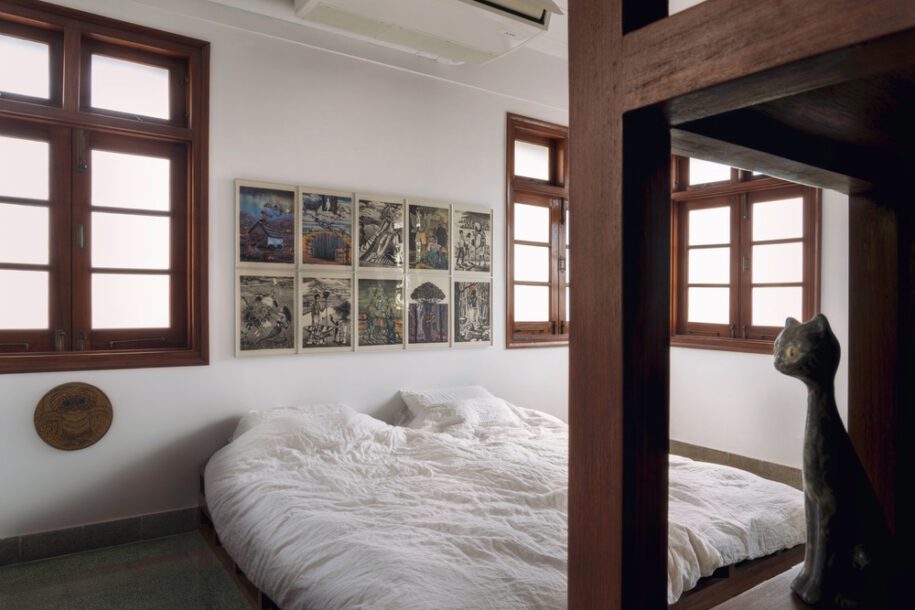 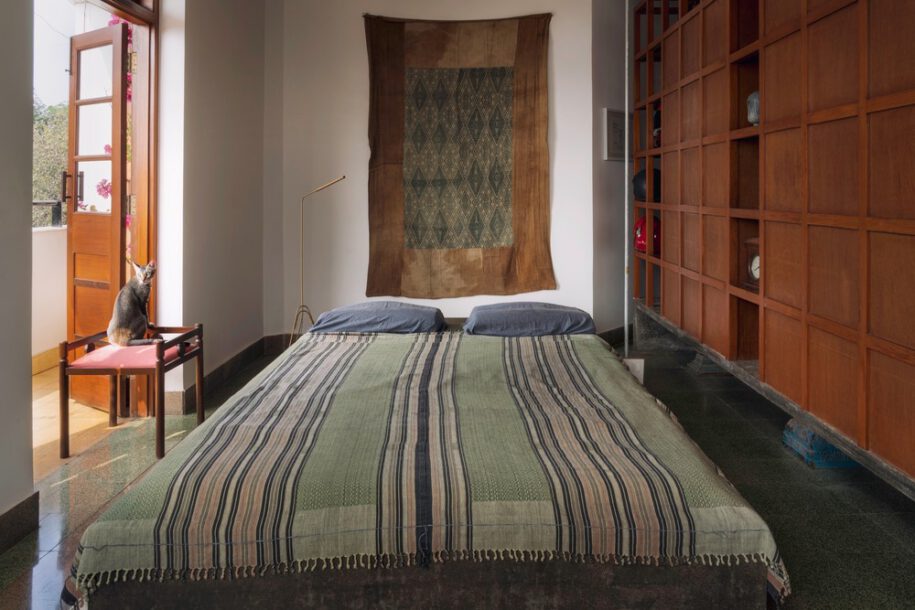 In terms of methodology, SquareWorks, as a practice, deals with design and research correlatively, emphasizing the specifics of domesticity and its effects on spaces. This project has been envisaged as a dissemination of discursive exchange between the two. Here, the aesthetics, render a simplistic finesse with due regard to its contextual synchrony. Being a residential work-space and an artist’s studio involving multiple users, this apartment conveys an upbeat contemporary expression with aforethought nuances of distant past. 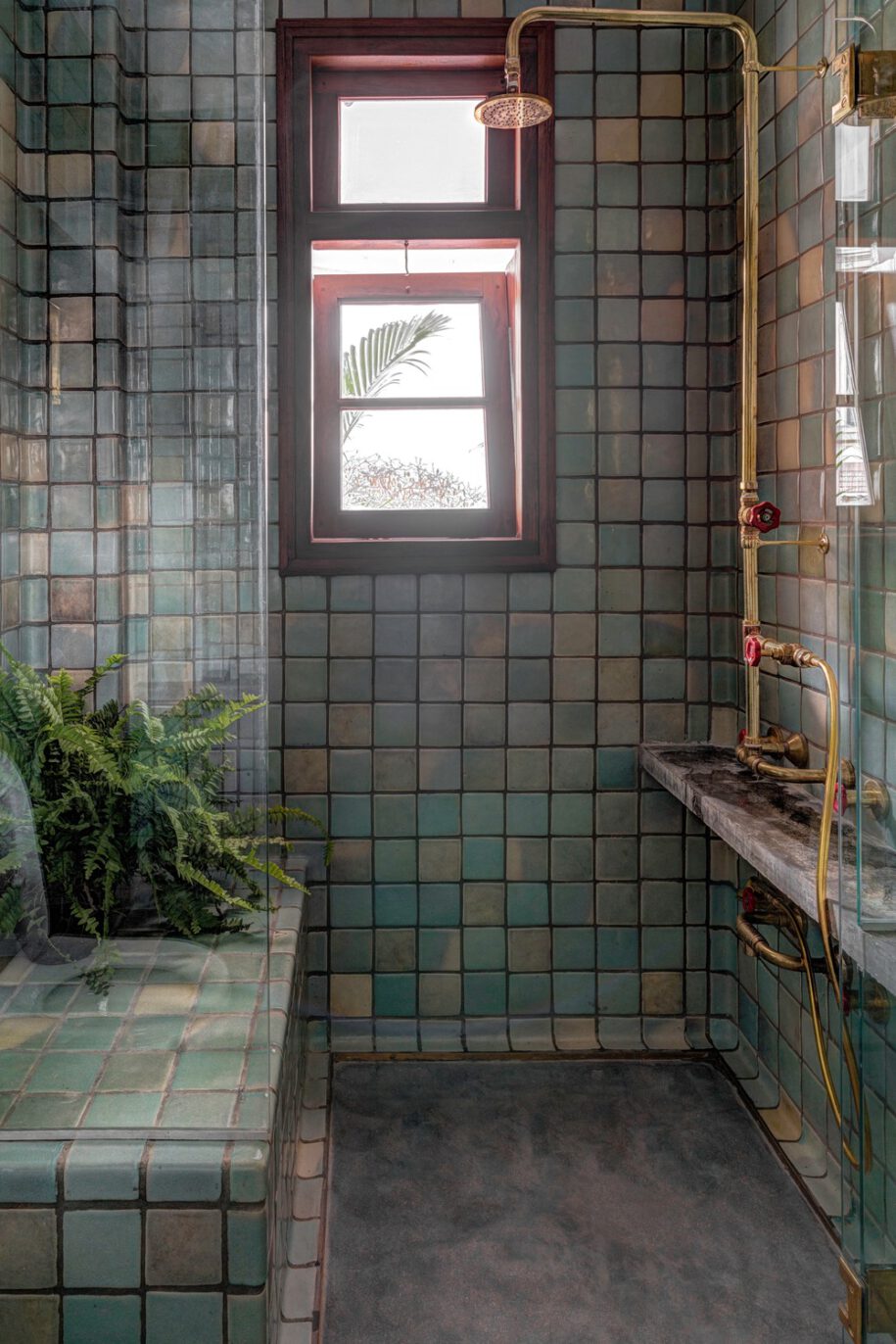 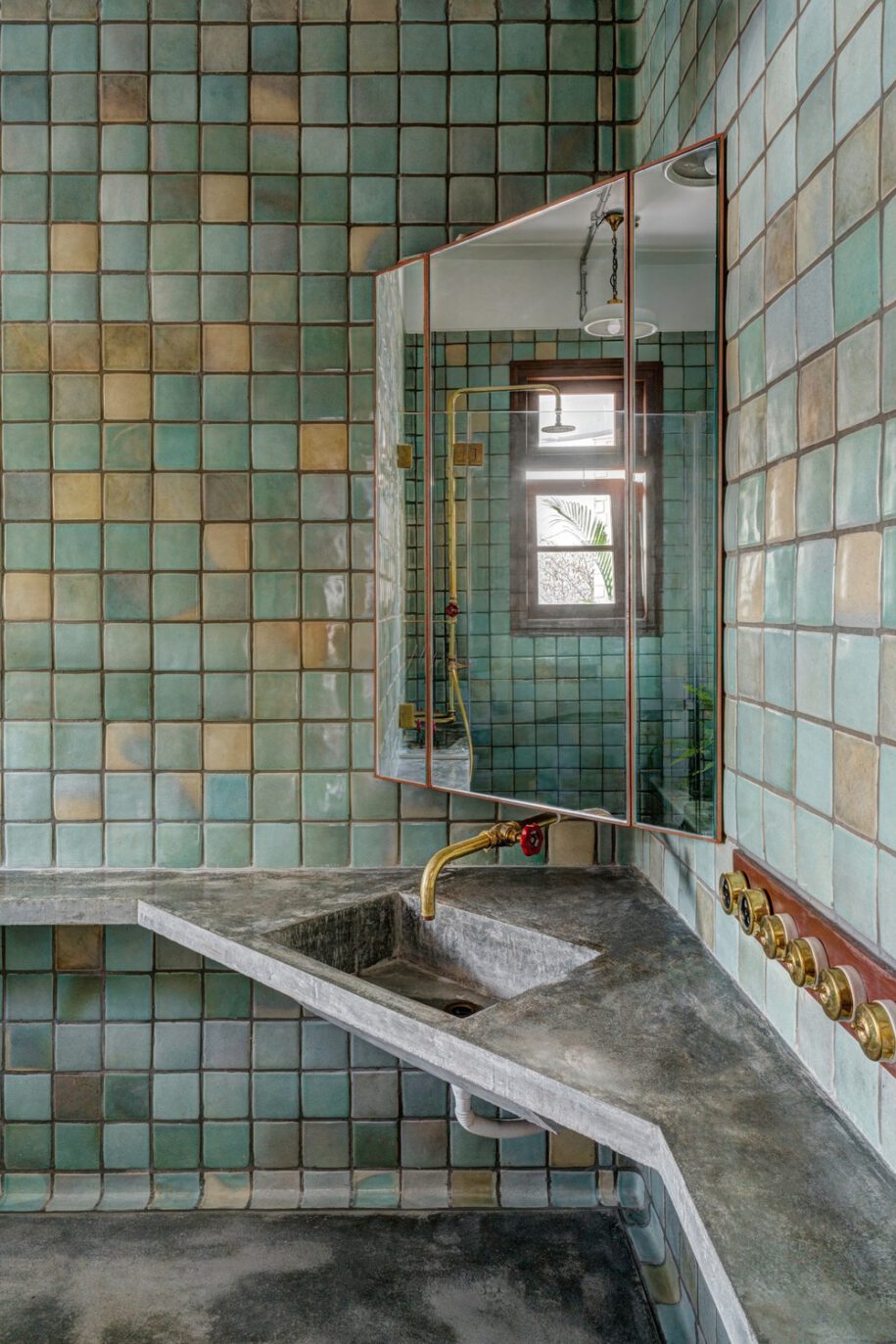 All in all, as an assemblage of users and activities, it epitomizes an equilibrium between some paradoxical entities such as ‘personal – professional’, ‘single-multi’, ‘private-public’ and ‘old-new’. 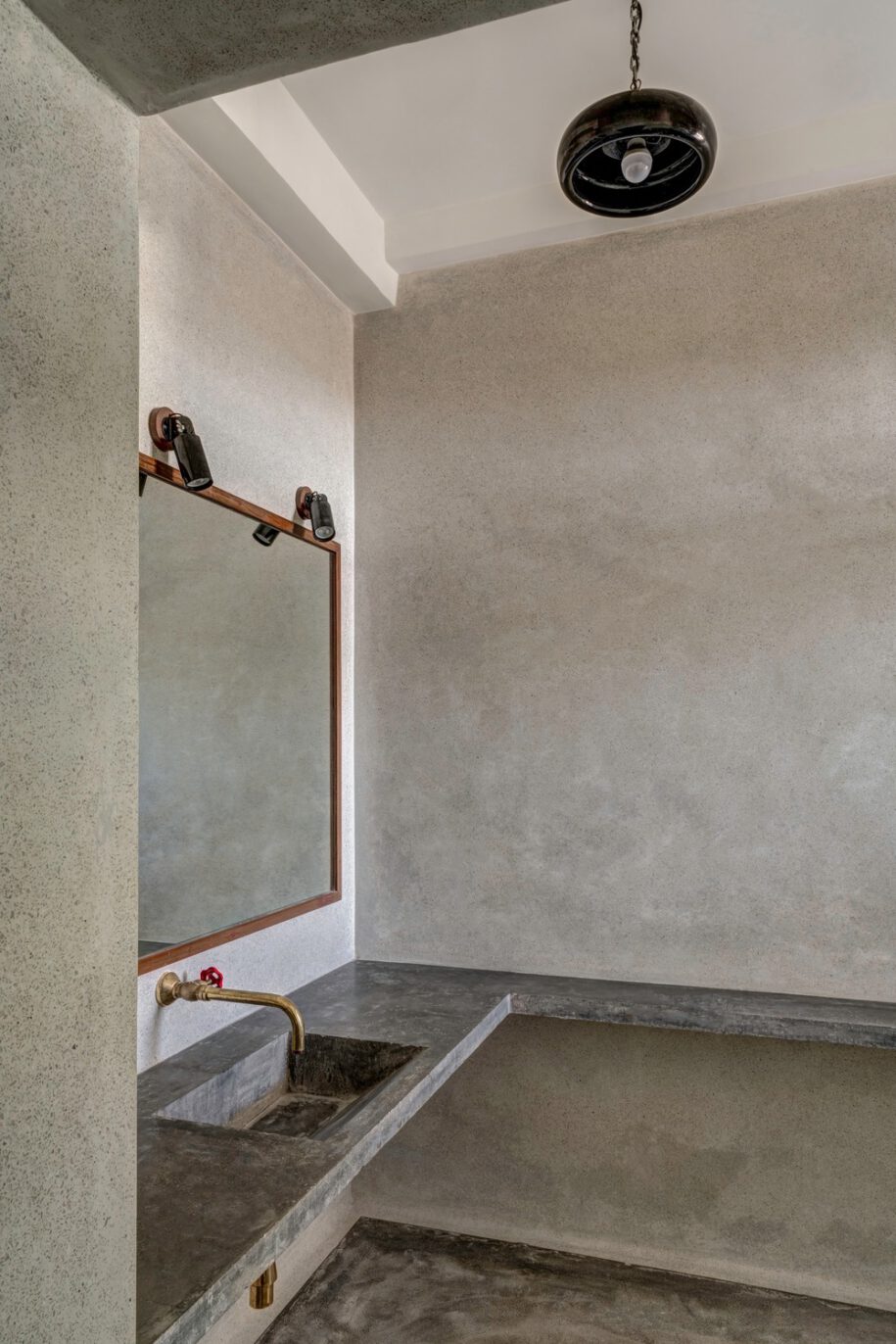 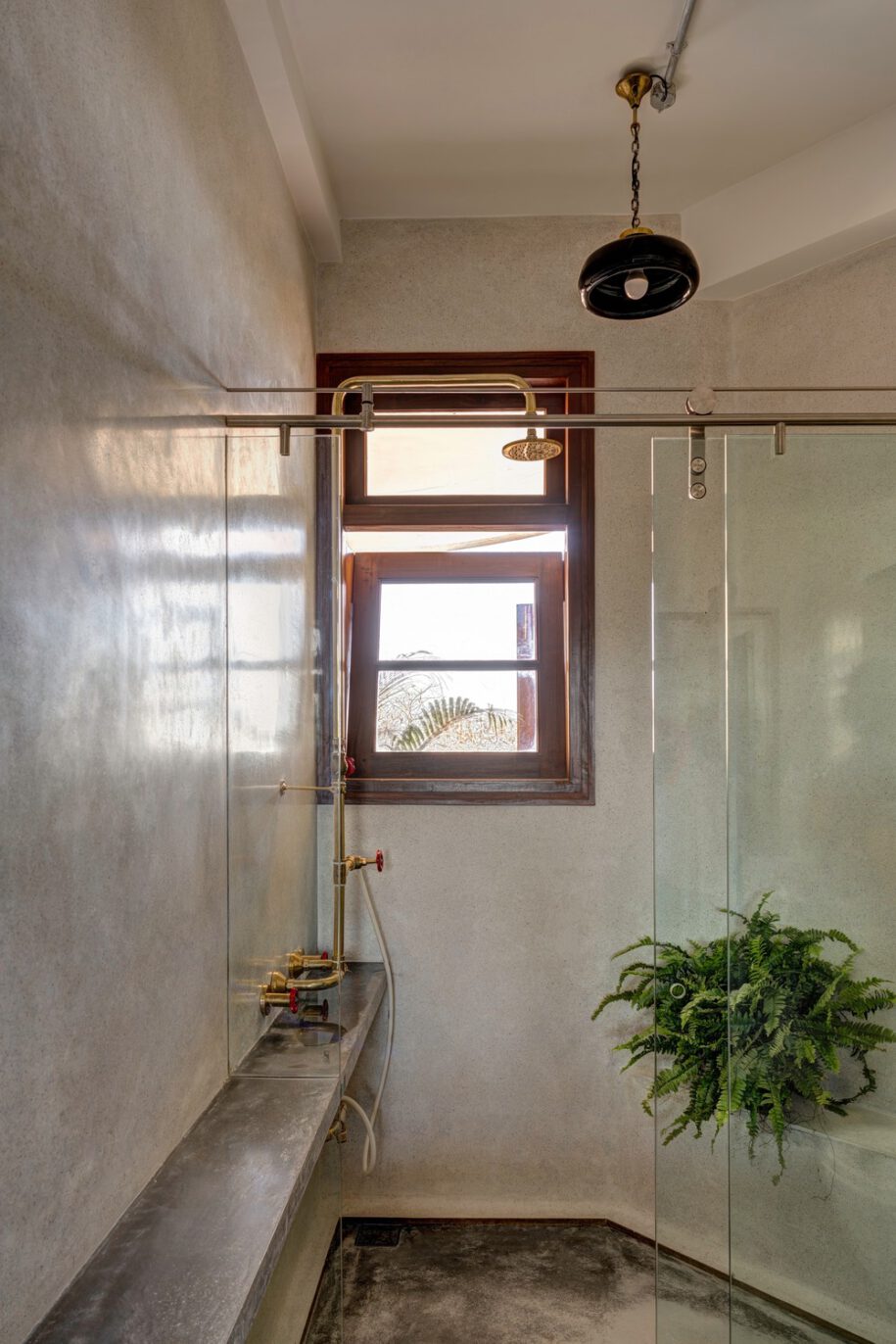 Squareworks, an Architecture and Urban Design practice focuses on design and research on housing, public space/institution, and urbanism. Based in Mumbai, India and Tokyo, Japan, SquareWorks was founded by architect Katsushi Goto, who has an ongoing architectural practice in both these countries.  Squareworks aims at combining both design and research together, to open professional and academic discourse within the realms of Architecture and Urbanism; whilst keeping ‘drawing’ and ‘diagram’ as forms of knowledge as well as communicative tools. This approach not only supports design development but also questions the limits of professional practice within the current urban environment and city-planning process.  Alongside this practice, Squareworks hosts a collaborative platform ‘SqW: Lab’, whereby creative professionals collectively explore the potential of drawing, as a tool to develop and disseminate multiple approaches of looking at architectural and urban space. 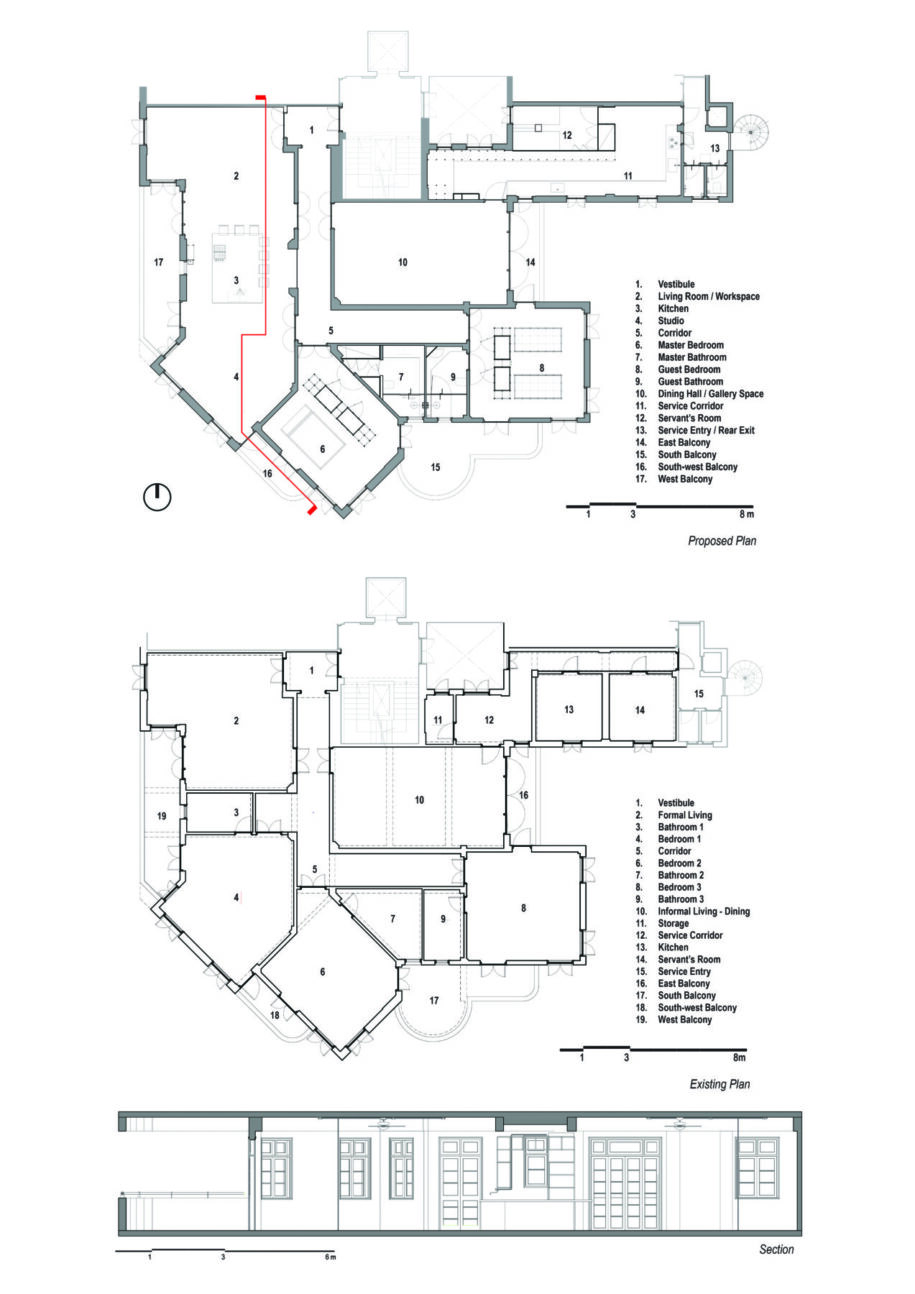 by MELINA ARVANITI-POLLATOUArchisearchhttps://www.archisearch.gr/wp-content/uploads/Lavventura-15-370x700.jpg
SHARE THIS PAGE
WITH YOUR FRIENDS