“Rethinking Modernity: Between the local and the international” by Antigoni Katsakou proposes alternative interpretations of broadly-debated concepts within architectural modernity.


Bringing into view the work of lesser-known architects from across the globe, alongside previously unexplored aspects of mainstream masters of the Modern, Rethinking Modernity puts forward a compelling case for the range and diversity of architectural projects encompassed by this term.

Exploring themes such as the use of colour, materials, ornament, local traditions and identities, Rethinking Modernity challenges readers to build a better understanding of a crucial moment in architectural history, and of design trends shaping the present-day production of the built environment. Rethinking Modernity offers a window onto lesser-known architectural figures of the modern alongside mainstream masters of the Modern and it explores both historical modernity globally and its connection with present-day trends. 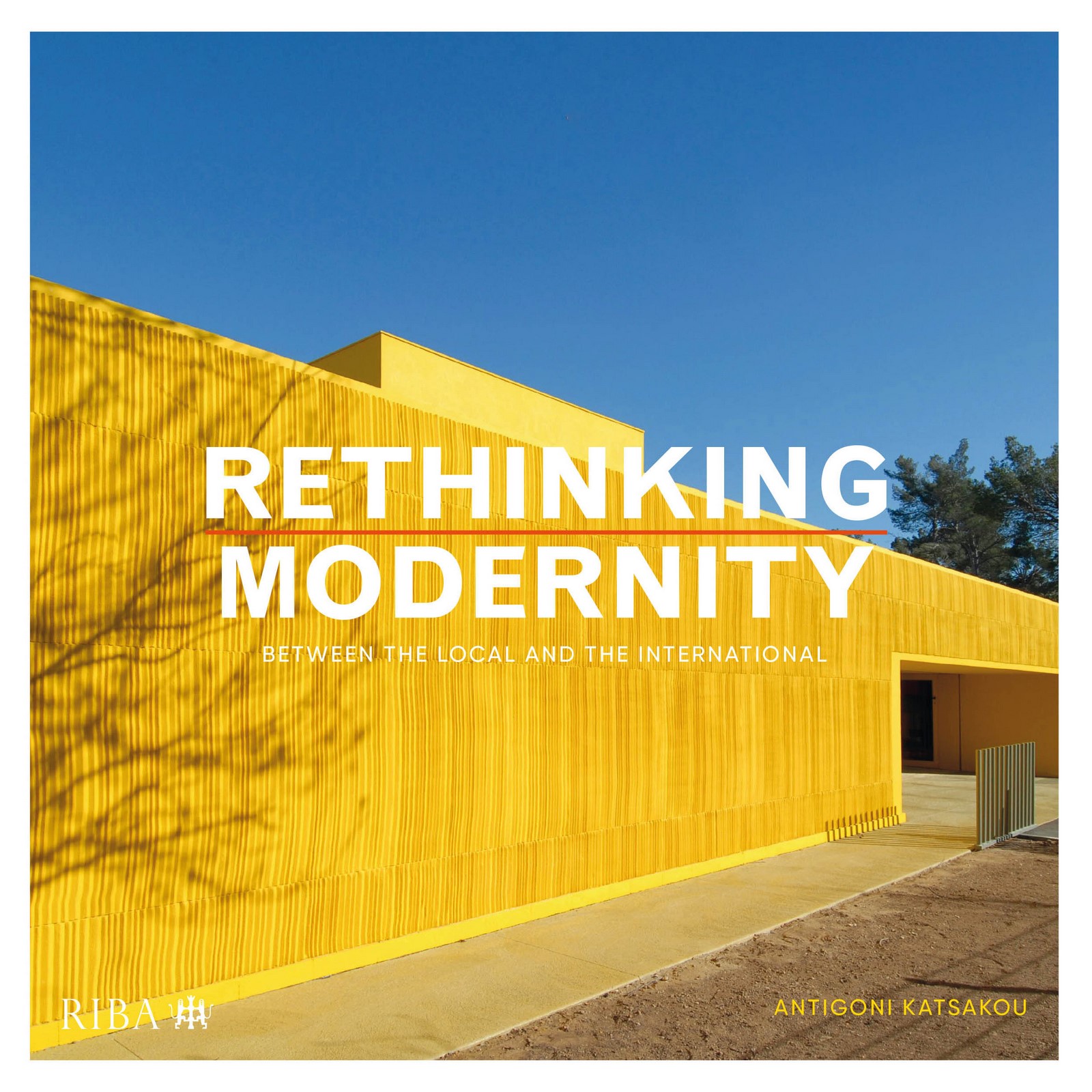 “As is evident from the chapter headings, rethinking is developed, stressing new sets of architectural values that must be applied to modernity as we understand it today. Since original undertakings have to do with a concern for origins or arché [αρχή] (beginning of things), Antigoni Katsakou reminds us that tradition and identity are inseparable, and that architectural quality can be approached today as inextricably twined with subjective, haptic spatial experiences rejoiced by users. (…)
This is a book to reflect upon, but also a book to enjoy truly great architecture, without pretensions, through the presentation of facts and their sheer beauty, autonomy and actuality. Rethinking Modernity is a breath of fresh air for designers”.
– abstract from the foreword of the book by Antonio Millán Gómez, professor in Universitat Politecnica de Catalunya . Read the full foreword here!

Chapter 1  focuses mainly on architectural work concerned with the context of the project, specifically as a means of reaffirming a local identity and an ‘identity-specific’ modernity. Local identity here refers to a unique set of traits corresponding to a specific group of people, inherent of their cultural and artistic production through many years. By using as a starting point the building typology of the Mediterranean patio house, this chapter discusses different notions of the concept of ‘tradition’. It also looks at the ways in which they have been grasped as synonyms of local identity; all this, in a period where the modern movement was being widely disseminated as the predominant building expression of a new machinist era. The value of studying the work of architects such as Dimitris Pikionis, Gio Ponti, or Luis Barragán lies in the fact that they instinctively discern the shortcomings of the modern and test more liberal and expressive interpretations of it, in a time when modernity had become generally accepted.


Chapter 2 discusses projects that explored the relationship of modernity with its natural surroundings, especially in terms of the building’s integration to the land’s contour. This particular aspect of the building’s conception significantly changed during modernity as a result of advancements in building materials and construction methods. The negation of architecture’s relationship with its context, be it natural or man-made, as a way of universally resolving it proved in the long term to be unrealistic, even dystopic. The glazed envelope allows little margin for the appropriation of space by its inhabitant, and provides little indication as to the building’s function, geographical context or the tastes of the owner, eventually also inadequately responding to climatic conditions.

In Chapter 4, Juan O’Gorman (1905–82) is remembered as the architect who built some of Mexico’s first functionalist projects, along with his mentor Jose Villagran Garcia, as well as creating the iconic murals of the University Library in Mexico City (UNAM). In fact, the life work of Juan O’Gorman and his restless and rebellious spirit can be ‘justified’ by a schism between painting and architecture, which for him is absolute during the interwar period, where he understands architecture mainly as engineering work committed to providing primarily for the basic needs of the people. Murals equally marked the emergence of a characteristically local expression of modernity in Brazil, in one of the country’s happiest moments of architectural history.

Chapter 5  looks at an alternative tradition of the modern, associated with explorations of the organic, which is demonstrated in the use of irregular geometry and unique spatial forms. Discussion here focuses mainly on the formal geometry that could be characterised as organic, and its impact on the spatial experience of the user, through emphasis placed on the visual perception of space. This design approach is particularly relevant in the present era, where new technological advancements linked with digitally produced design, construction methods and materials enable the generation of free forms and buildings unhindered by the constraints of Euclidean geometry.

The book  illustrates the range of possibilities the umbrella term of Modernity encompasses, questioning stereotypical definitions and proposing alternative descriptions.

Chapter 6 discusses the impact of the European modern in Latin America by focusing on a few representative cases of architects and their projects in Mexico and Brazil. In these cases, as well as in Argentina, the modern was to a larger degree imported from Europe during the interwar period and divulged as a dominant current earlier than in other countries of Latin America, such as Colombia or Venezuela. Regarding the training of Latin American architects in studios of the European avant-garde, again the case of Le Corbusier is the most prominent, with a long list of Latin Americans working under the architect as trainees or collaborating architects.

Chapter 7  discusses architectural trends and developments in Britain during the interwar period, which has been crucial for the dissemination of the modern. It also tackles the impact of the European avant-garde that emigrated to the UK during the interwar period, driven away by changing social and financial conditions on the Continent. Regarding the formal expression of modernity, what happened in countries of Latin America draws parallels with the situation in Britain, where, for the brief period between the wars, the strict formalism of the modern canon coexisted with experiments for a more “regional” approach.

About Antigoni Katsakou
Antigoni Katsakou is a London-based architect (ARB) and author, holding a PhD in History and Theory of Architecture from the Swiss Federal Institute of Technology Lausanne (EPFL, 2011). A graduate of the National Technical University of Athens (NTUA, Dipl Arch Eng 1999), of Barcelona Tech (UPC, MArch 2001), and a Visiting Postdoctoral Fellow at the Bartlett School of Graduate Studies (2012-2013) she has been awarded with various funding grants. She has practiced and taught in the UK, Switzerland and Greece; she has presented her scholarly work worldwide and has published in several languages, including the books The Competition Grid (RIBA Publishing, 2018) and Concevoir des logements (PPUR, 2008).

Enter Archisearch Facebook Page to participate in a giveaway to win  “RETHINKING MODERNITY: BETWEEN THE LOCAL AND THE INTERNATIONAL ”!