A well known fashion photographer assigned the renovation of his house in Spain at Gonzalo Pardo & Ana Torres. Located in the hearth of Madrid, the apartment is on the third floor of a 1900s building. Using “memory as another project material”, architects wanted to preserve the charm and history of the old house, while encorporate new materials and elements of the future, creating space for new stories to be told.

In January 2016, M.R., a prestigious fashion photographer who works, among other magazines, for Vogue USA, and who has lived for many years in New York, commissioned us the rehabilitation of a 175m2 apartment located on the third floor of a building built in the early 1900s, in Leganitos street, in the heart of Madrid, very close to the newly renovated Plaza de España, in order to transform it into a showcase of his globetrotting lifestyle. 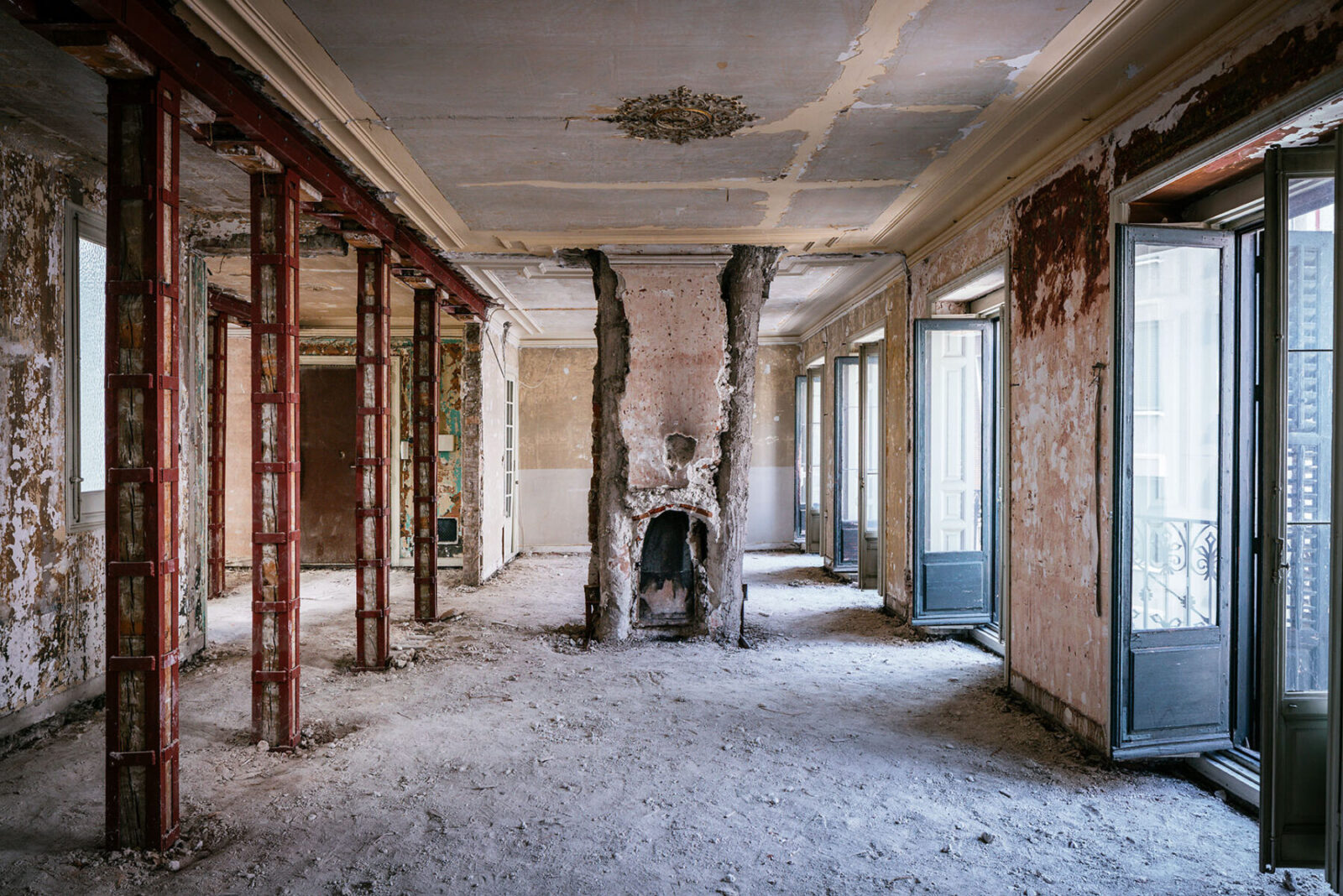 When we visited the house for the first time, what striked us is not so much its large depth, or the three patios that facilitated the ventilation and natural lighting of the house, as its decadent bourgeois atmosphere, not without a certain magical flair. A flair that is definitely defined by spatial-material characteristics intrinsic to this type of large-scale housing, such as the hierarchical structure of concatenated rooms, its thick load-bearing walls, the marble and slate checkerboard floors, the papered walls, the large number of floor-to-ceiling doors of different formats and transparencies, the presence of three fireplaces, or the high ceilings topped by perimeter moldings and central rosettes. 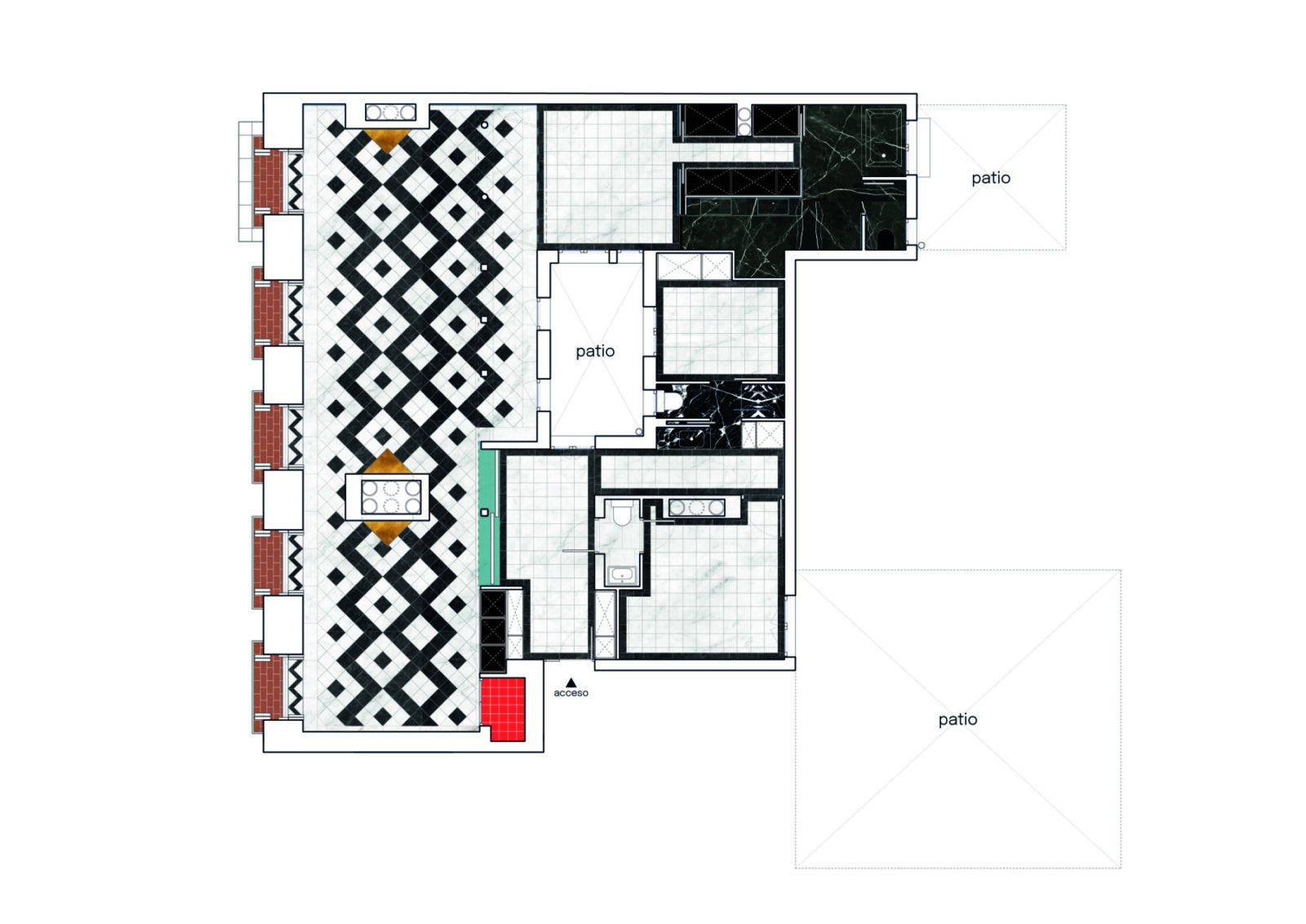 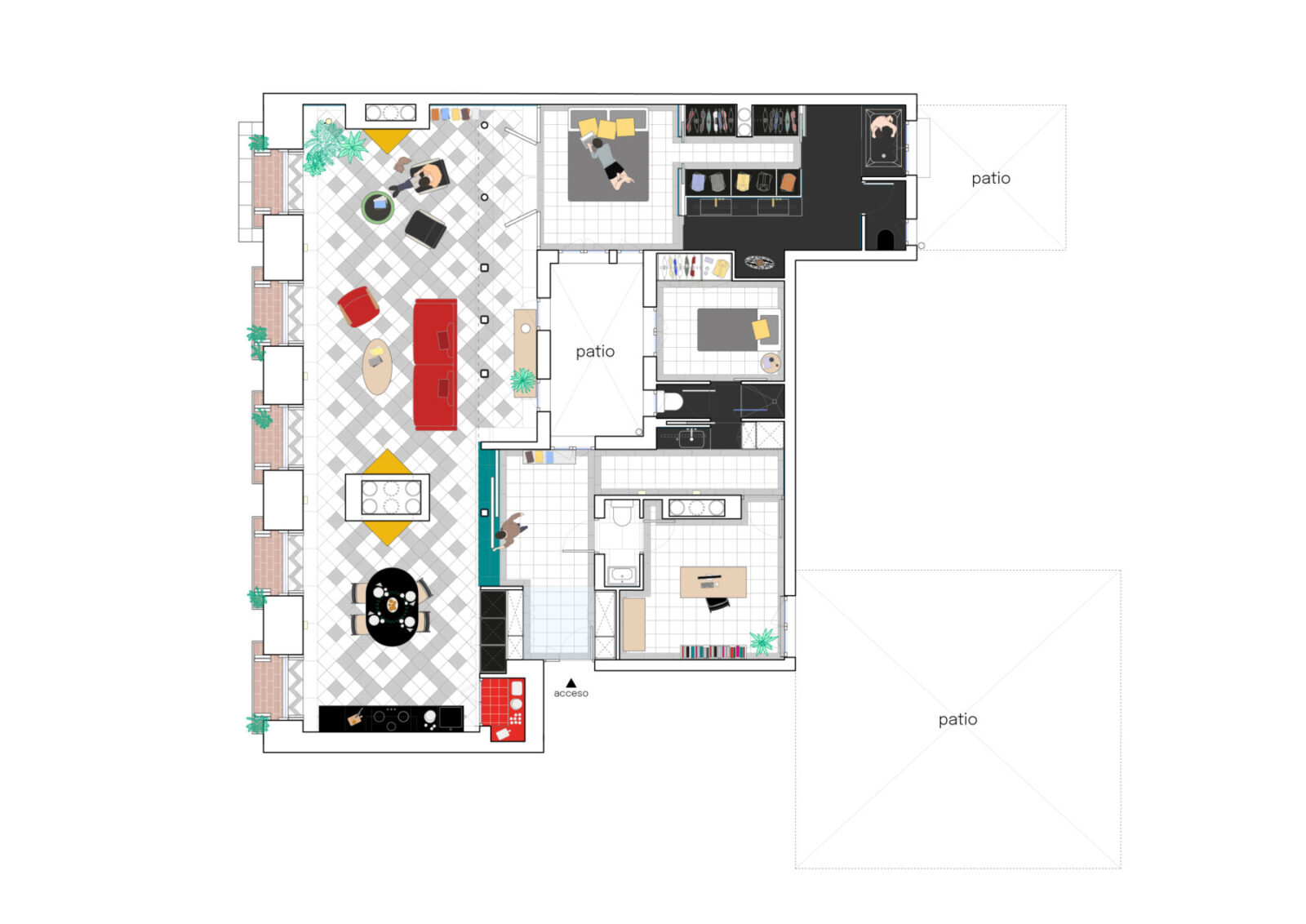 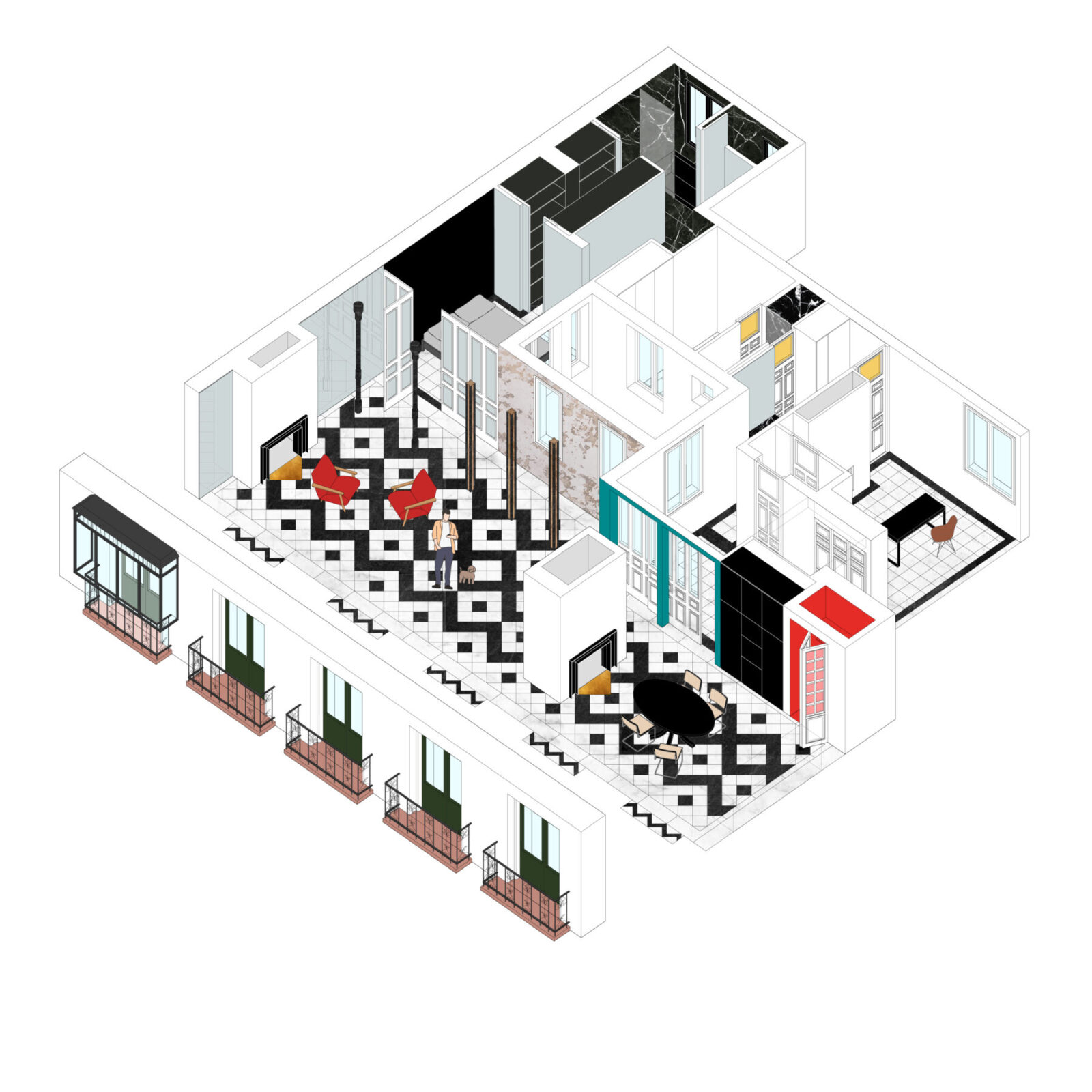 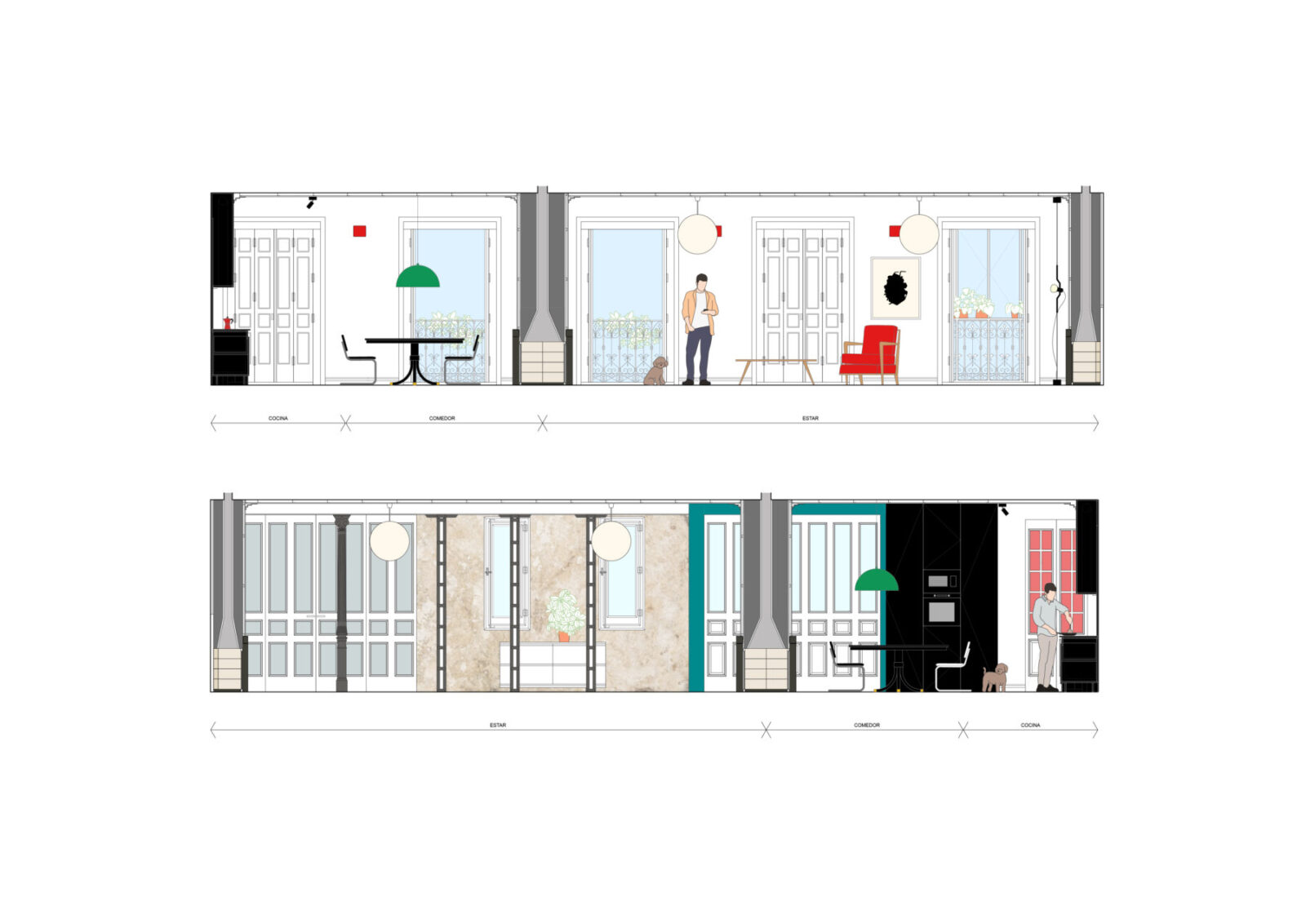 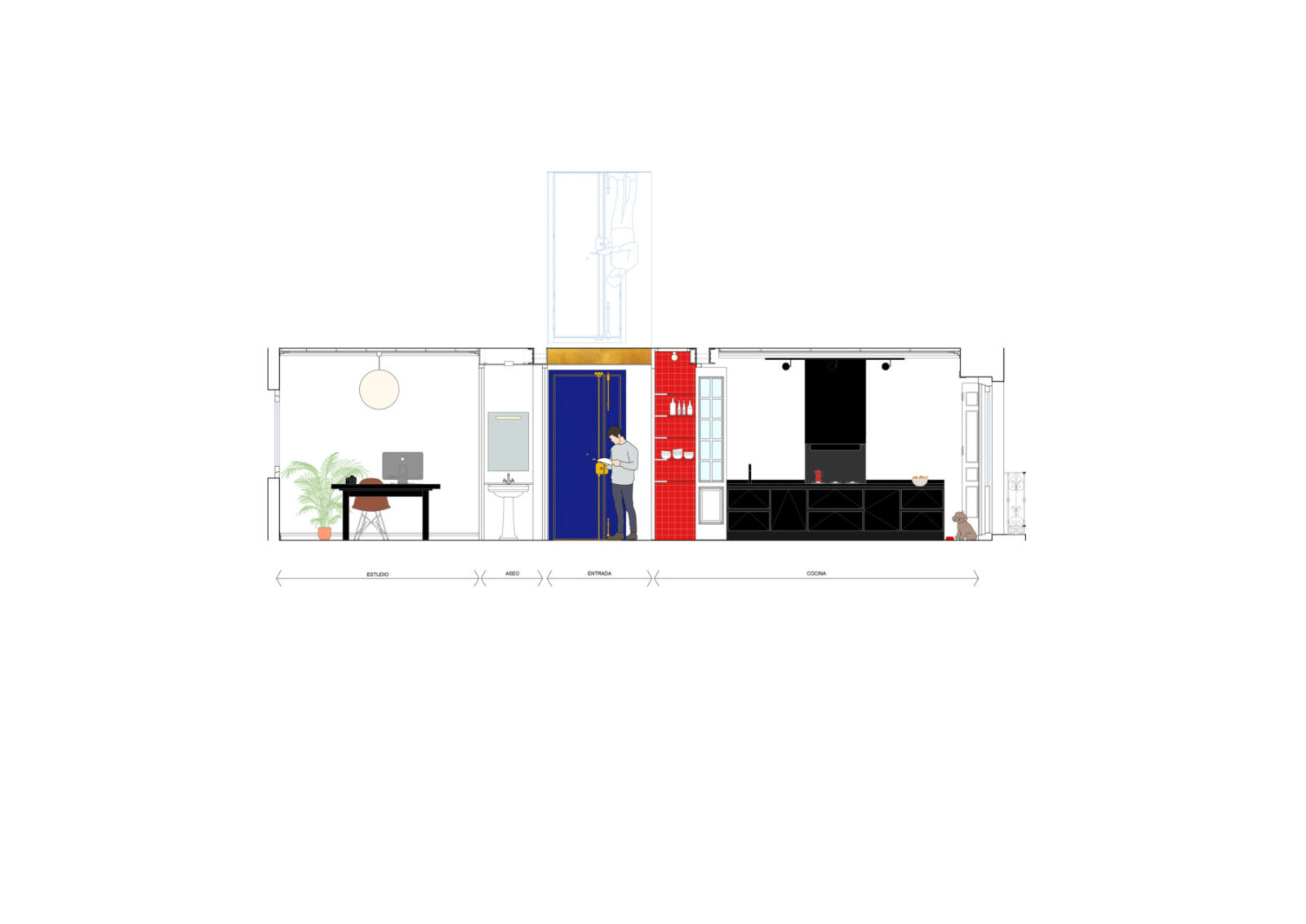 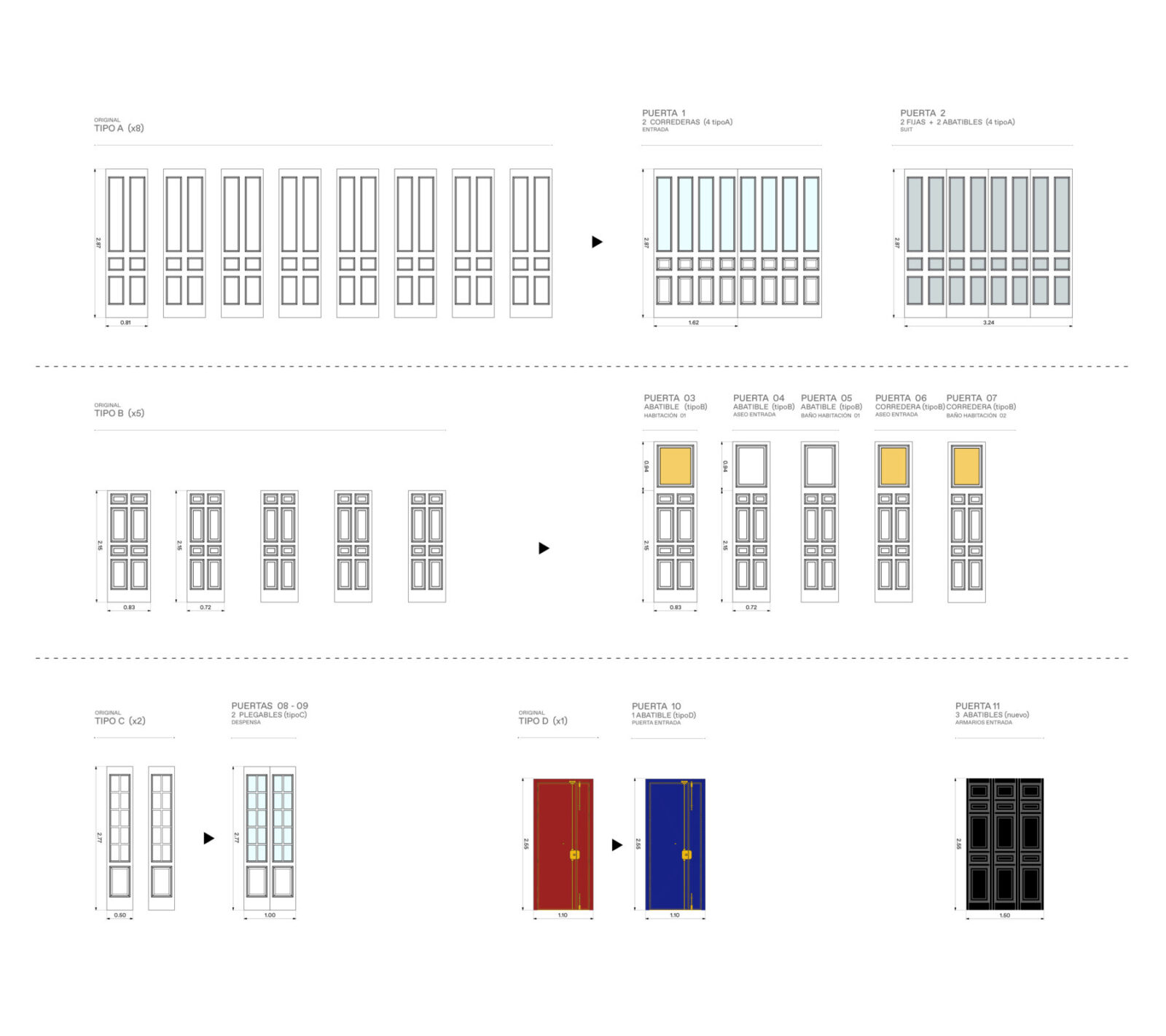 The challenge of this project was clear: to preserve the charm of the original spirit of the house while integrating into the new design the many stories that the house already contains. 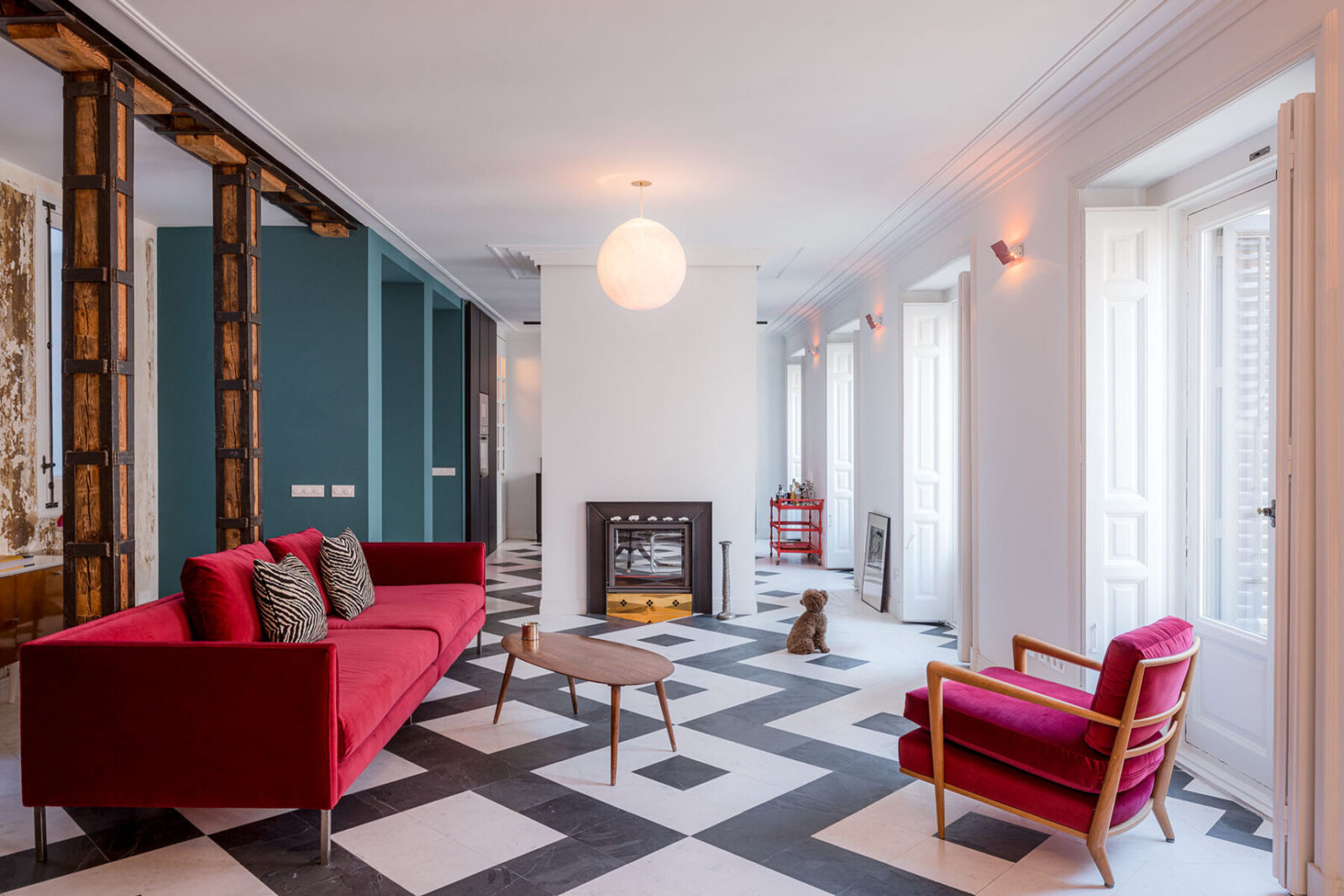 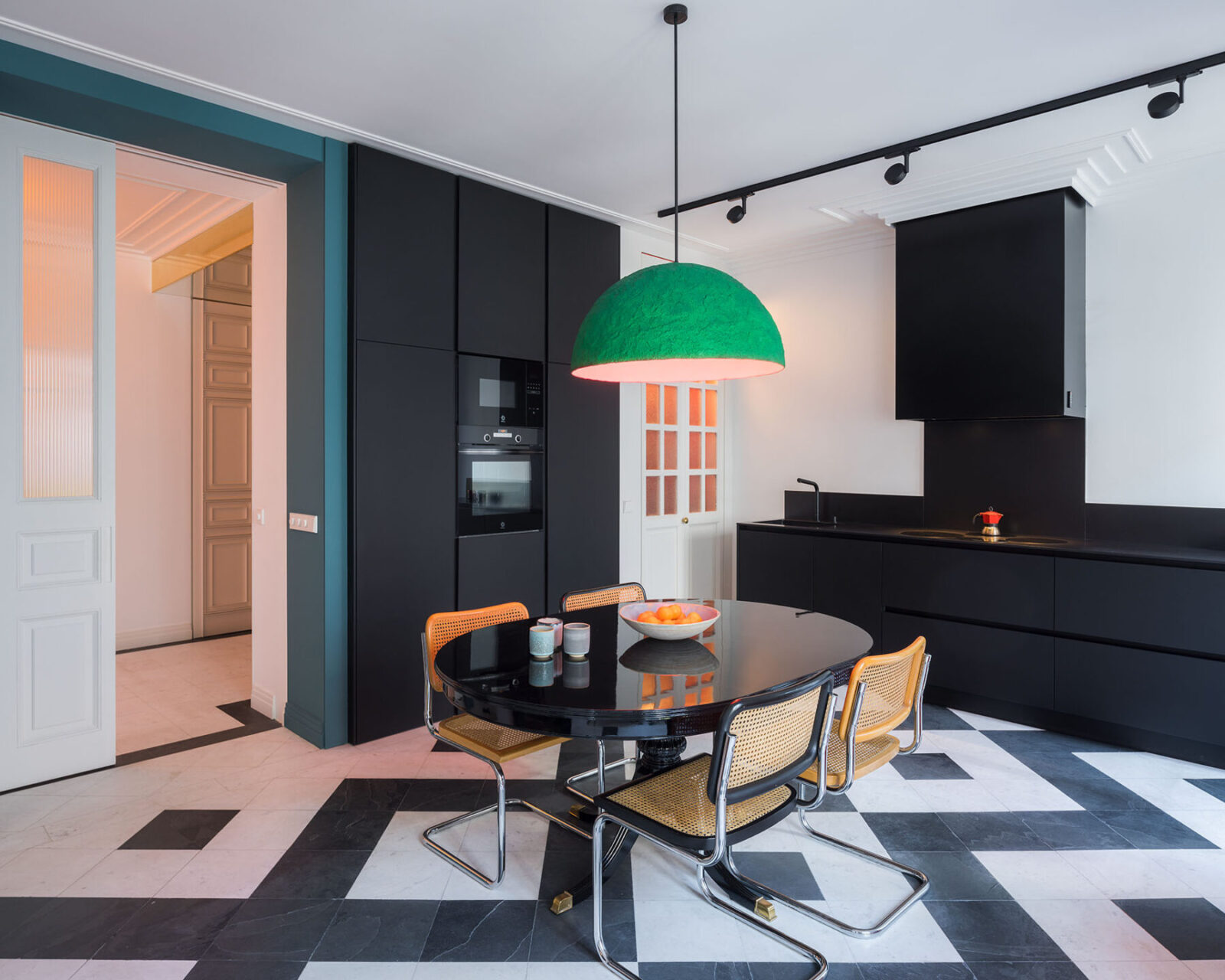 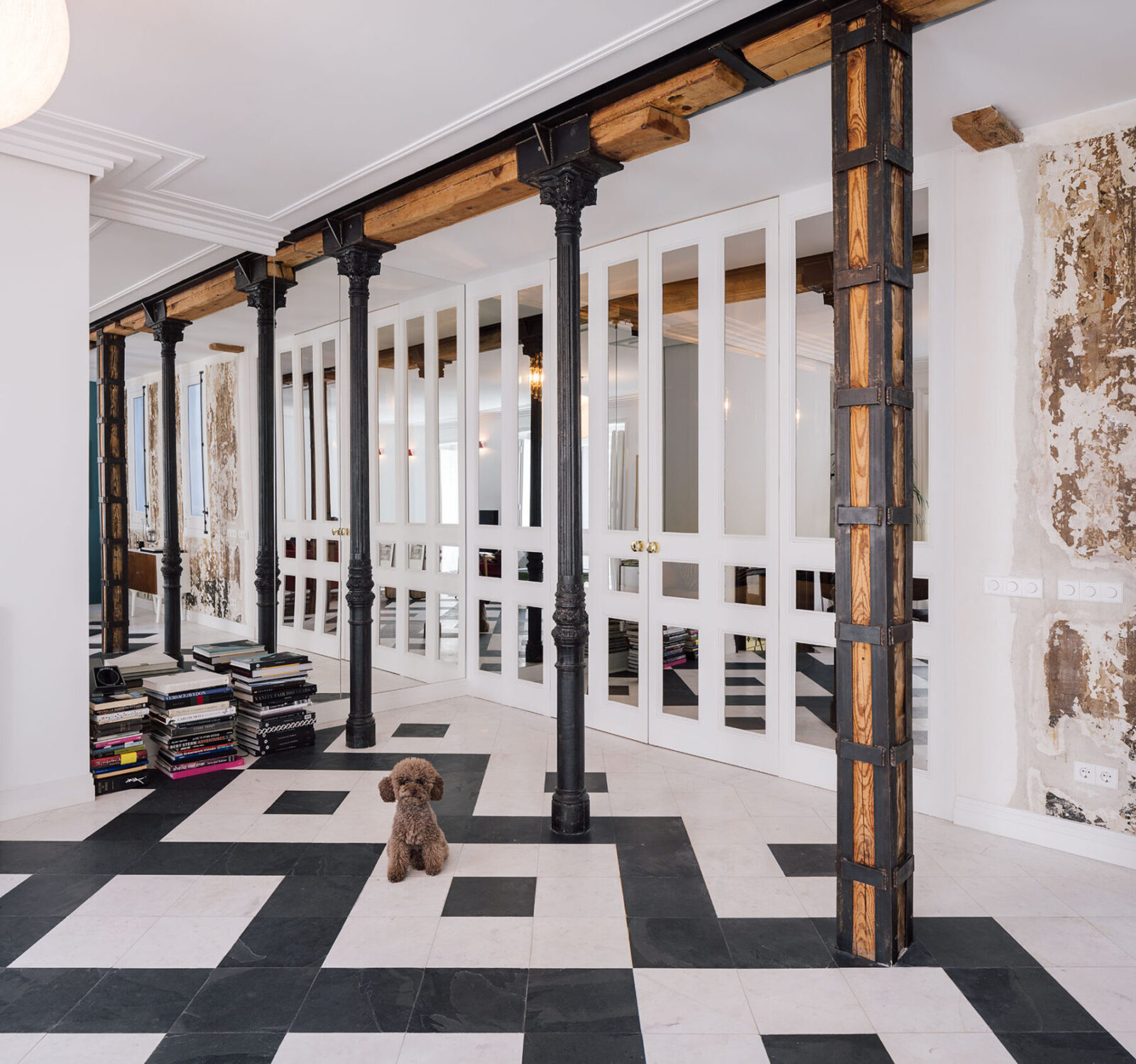 Faced with the idea of making the architecture of the house disappear without leaving any trace of what it was, the idea was to work with memory as another project material, in an intervention capable of maintaining the ‘ghost’ of the twentieth century but brought into the twenty-first century. 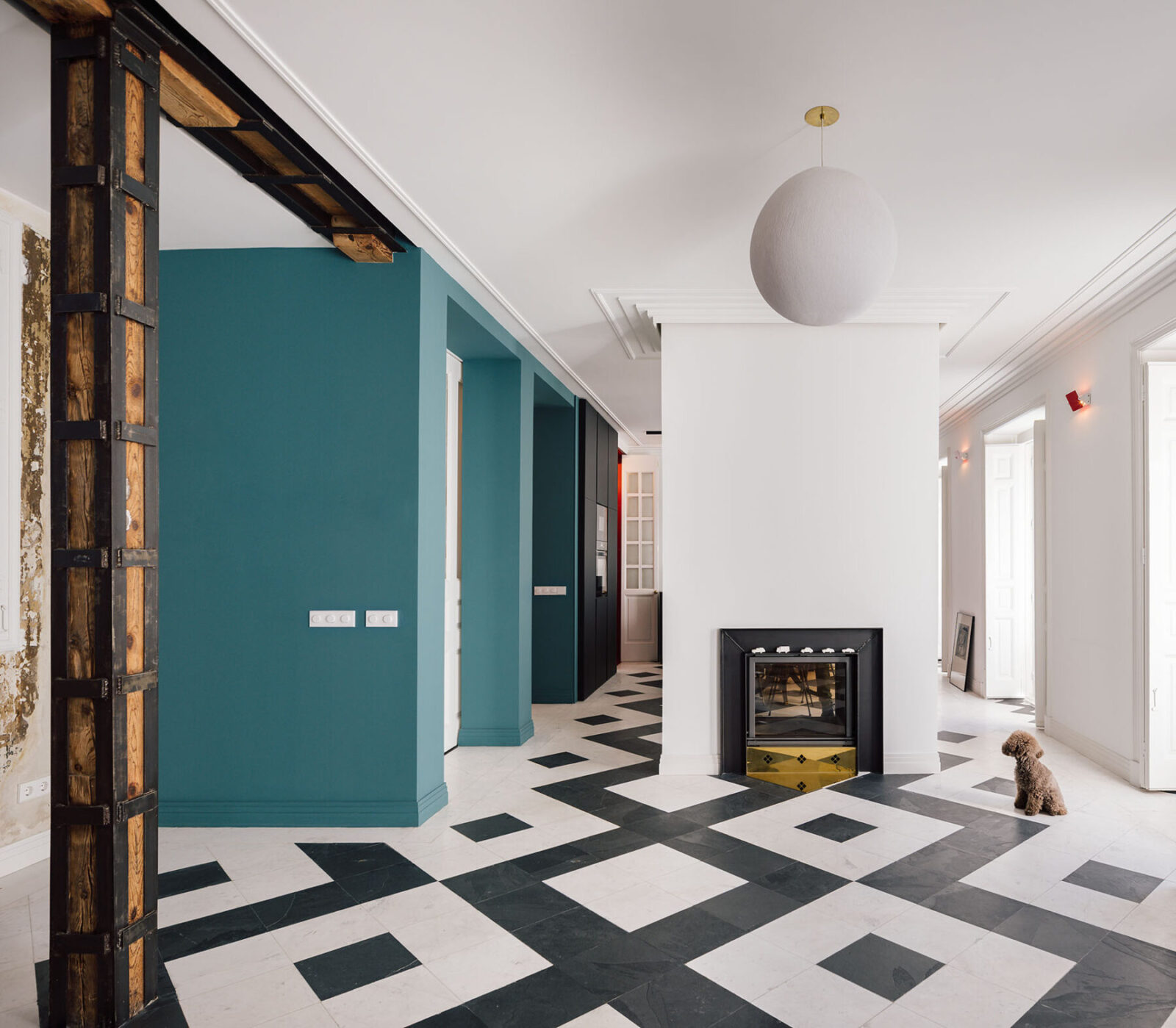 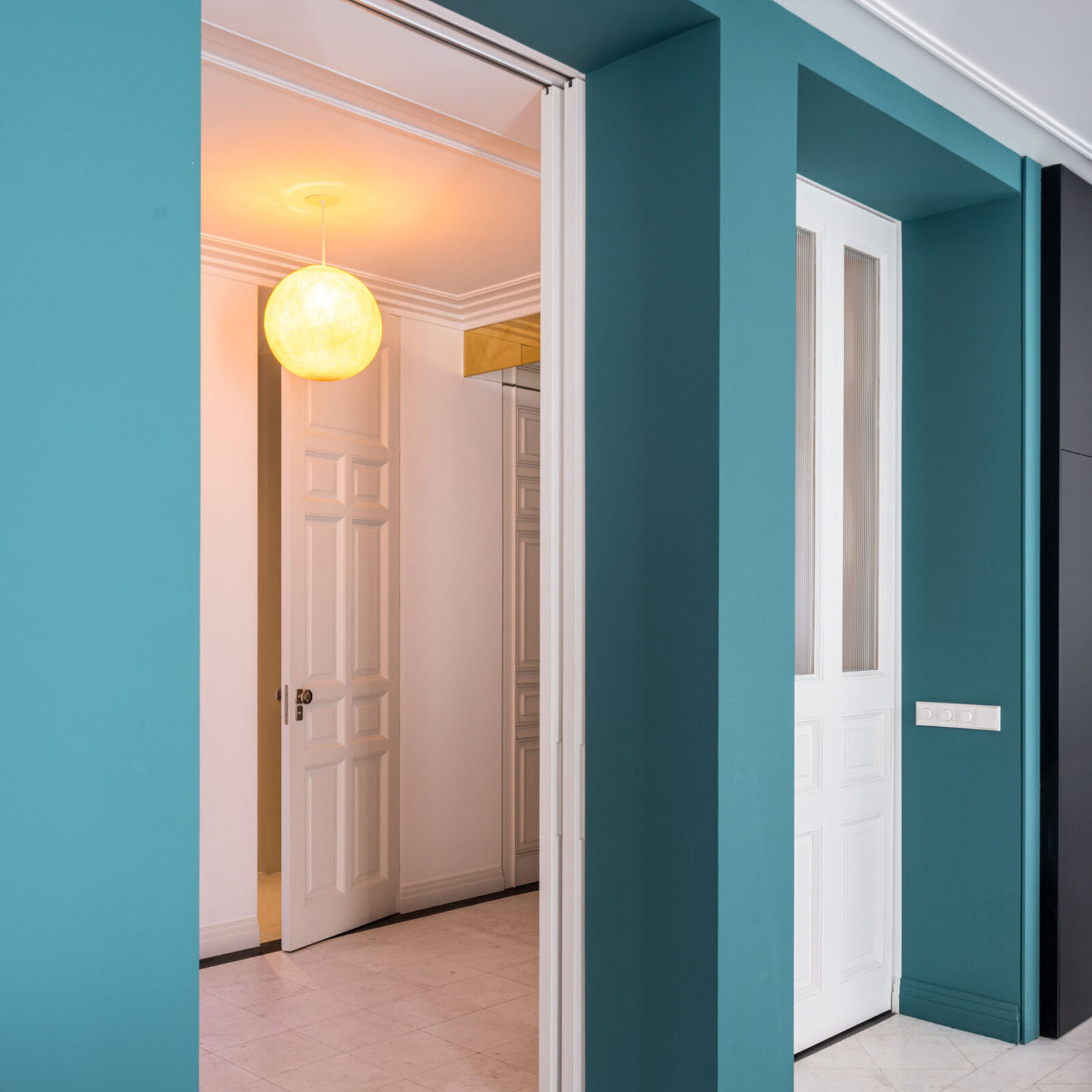 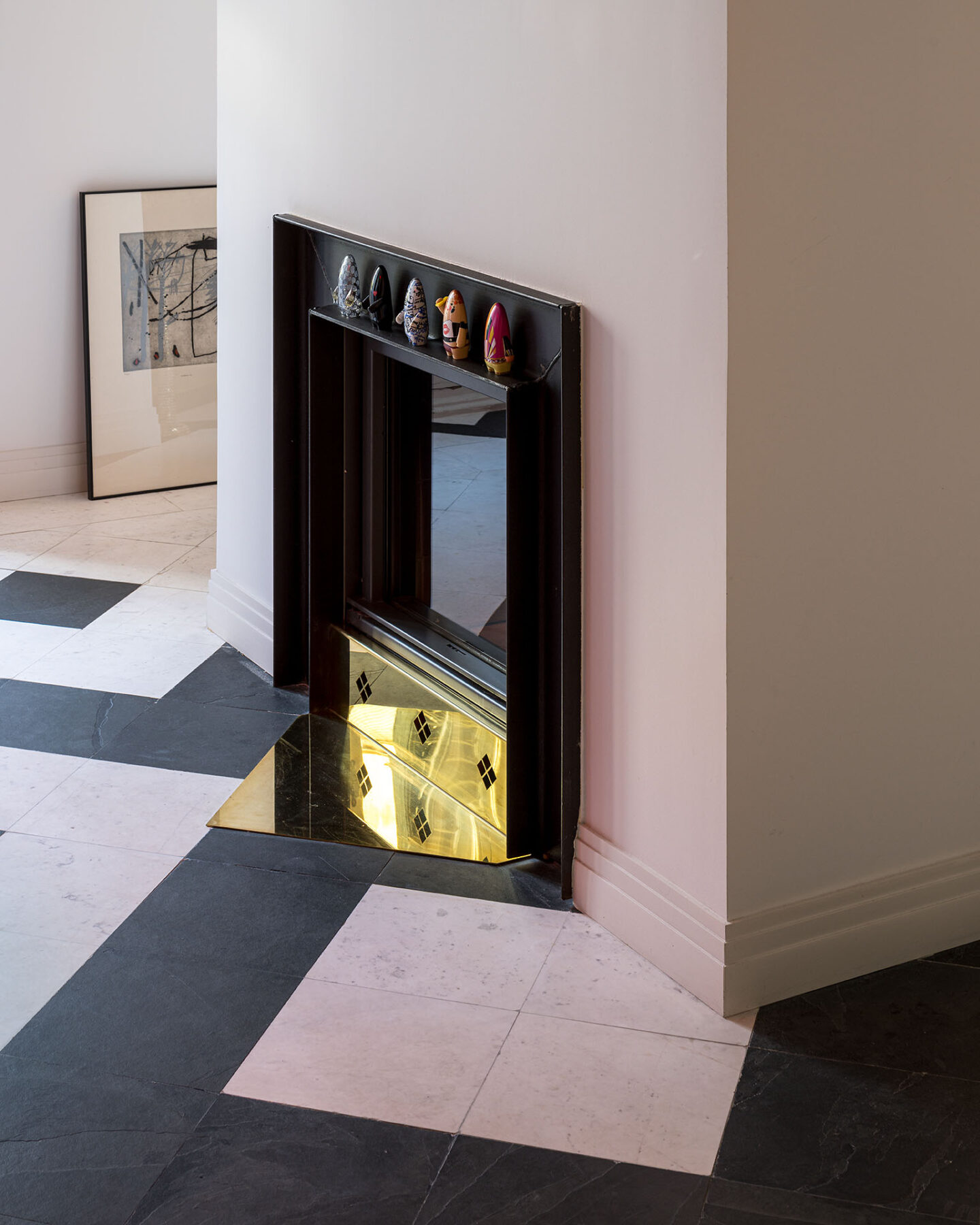 The renovation, which lasted five years and involved different project phases and necessary licenses, seeks the coexistence between the structural, spatial and original material values of the house, and those that contemporary technology translates into domestic comforts that make the house a comfortable and more sustainable place.

The design of the plurality of domestic spaces in the house has been carried out thanks to two distinct strategies:

One that reuses, benefits and reinterprets the most identifying elements of the house, such as the 22 existing doors, or the 955 slate and marble tiles present in the original pavements, which are classified as inventory. This meticulous and delicate work methodology -almost surgical-, allowed us to clean, approach and discover the project, which facilitated its relocation, individually or assembled, in the floor of the new house, and thus gave it a second life.

All those elements that couldn´t be preserved and recovered, such as moldings or fireplaces, were reinterpreted and built according to a contemporary language coherent with the house. For those other elements that were necessary but did not exist, such as the cabinet doors, certain existing decorative patterns were digitized and pantographed using a numerical control system, with indentations in a negative version to differentiate them from the originals, on new support materials. 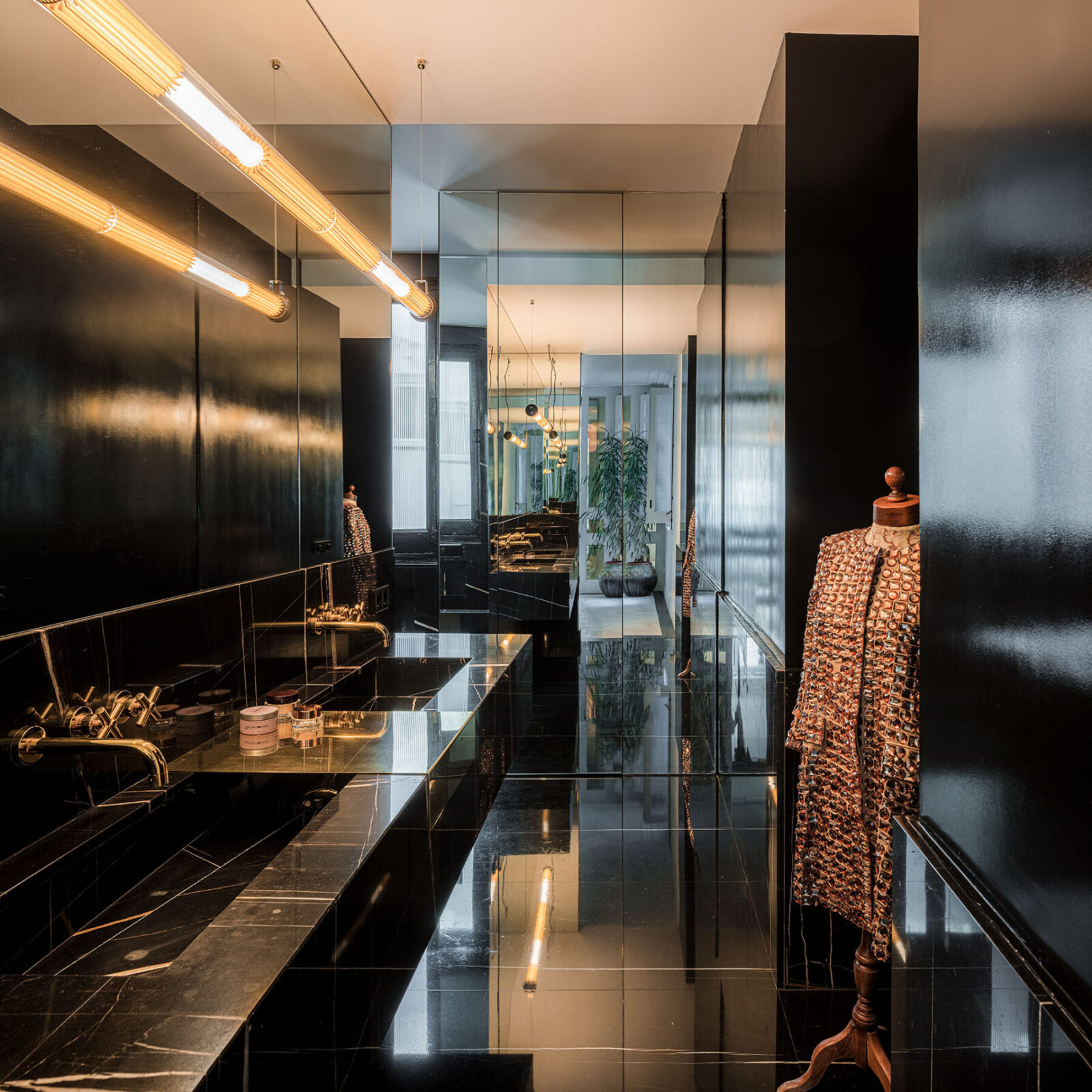 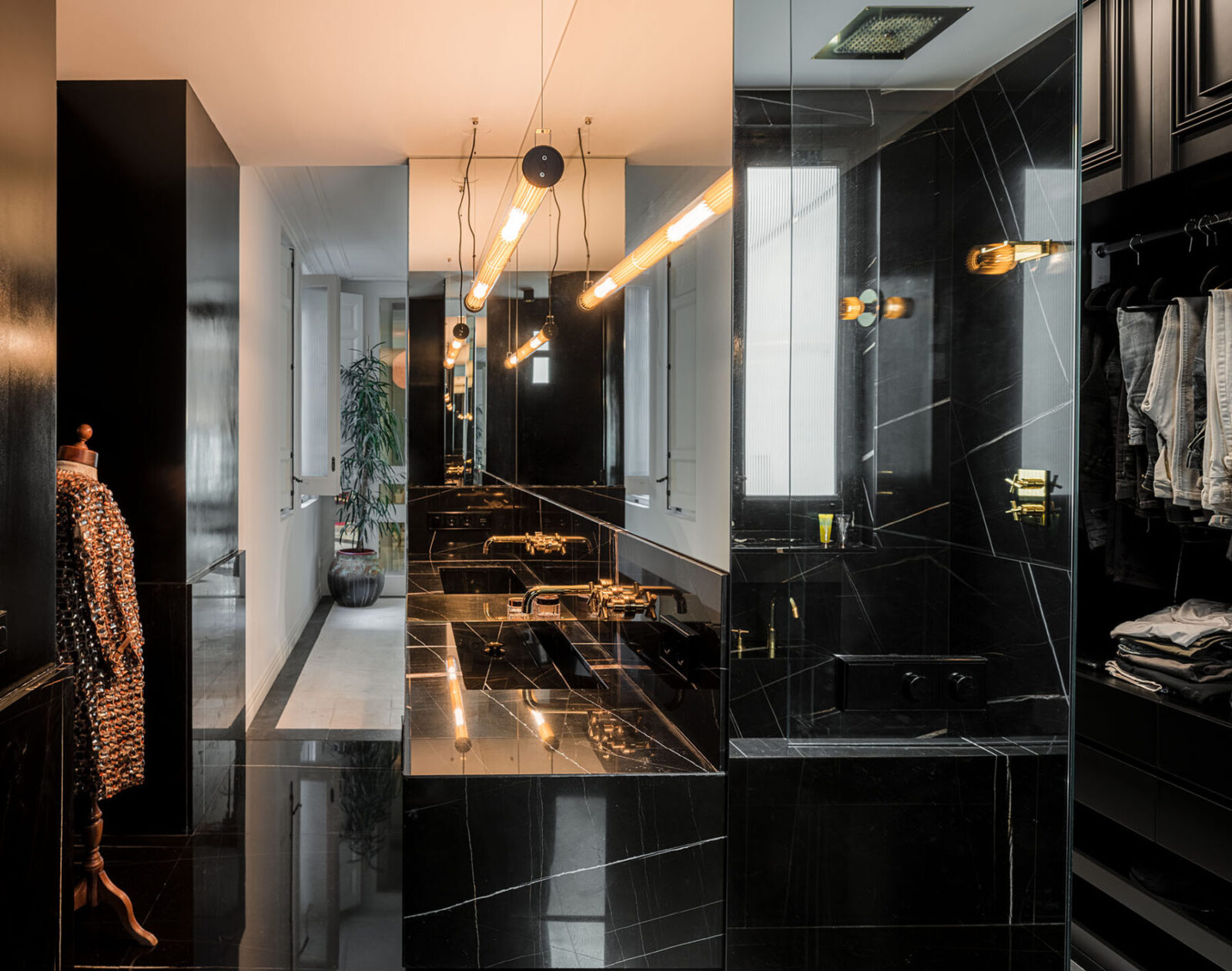 The second strategy seeks to carry out spatial operations of great depth in accordance with contemporary lifestyles, such as establishing continuous and fluid connections between all the rooms of the house thanks to the demolition of partitions and the atomization of certain pieces. As, for example, the kitchen or bathrooms, where the toilet is separated from the shower and sink, blurring the boundaries between public and private, or the interior and exterior. Mirrors have also been introduced, strategically placed, which are intended to generate optical illusions that duplicate and expand the rooms. 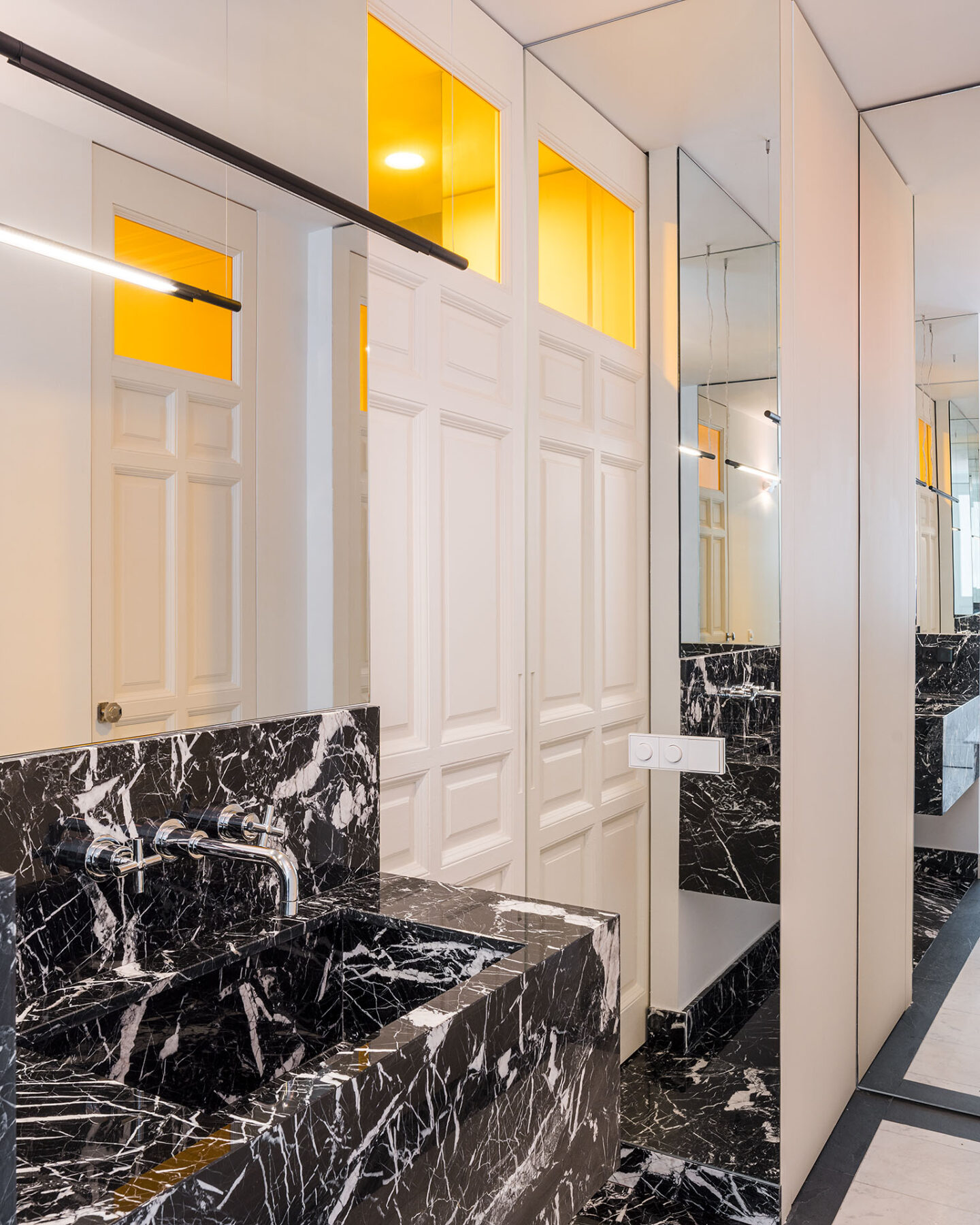 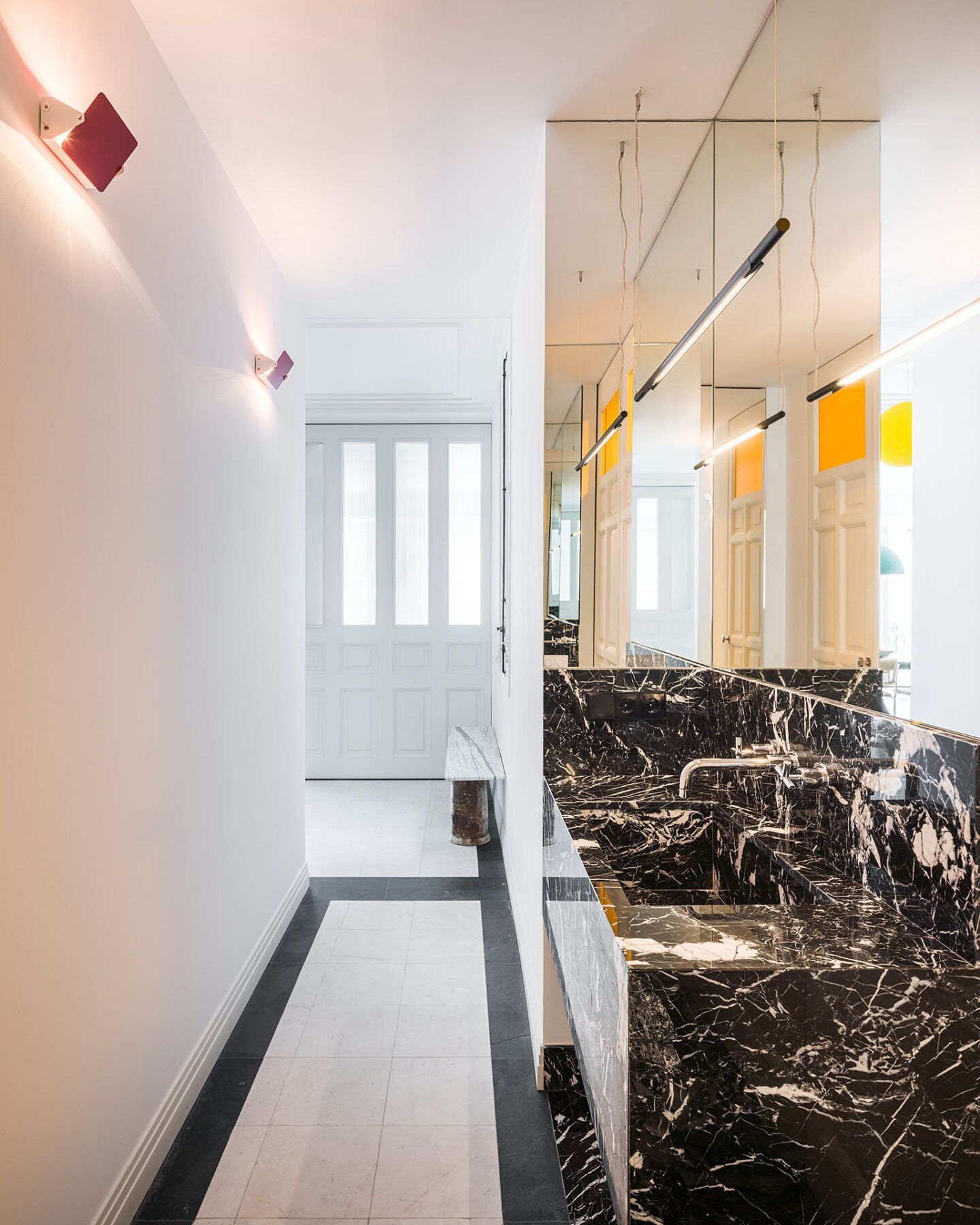 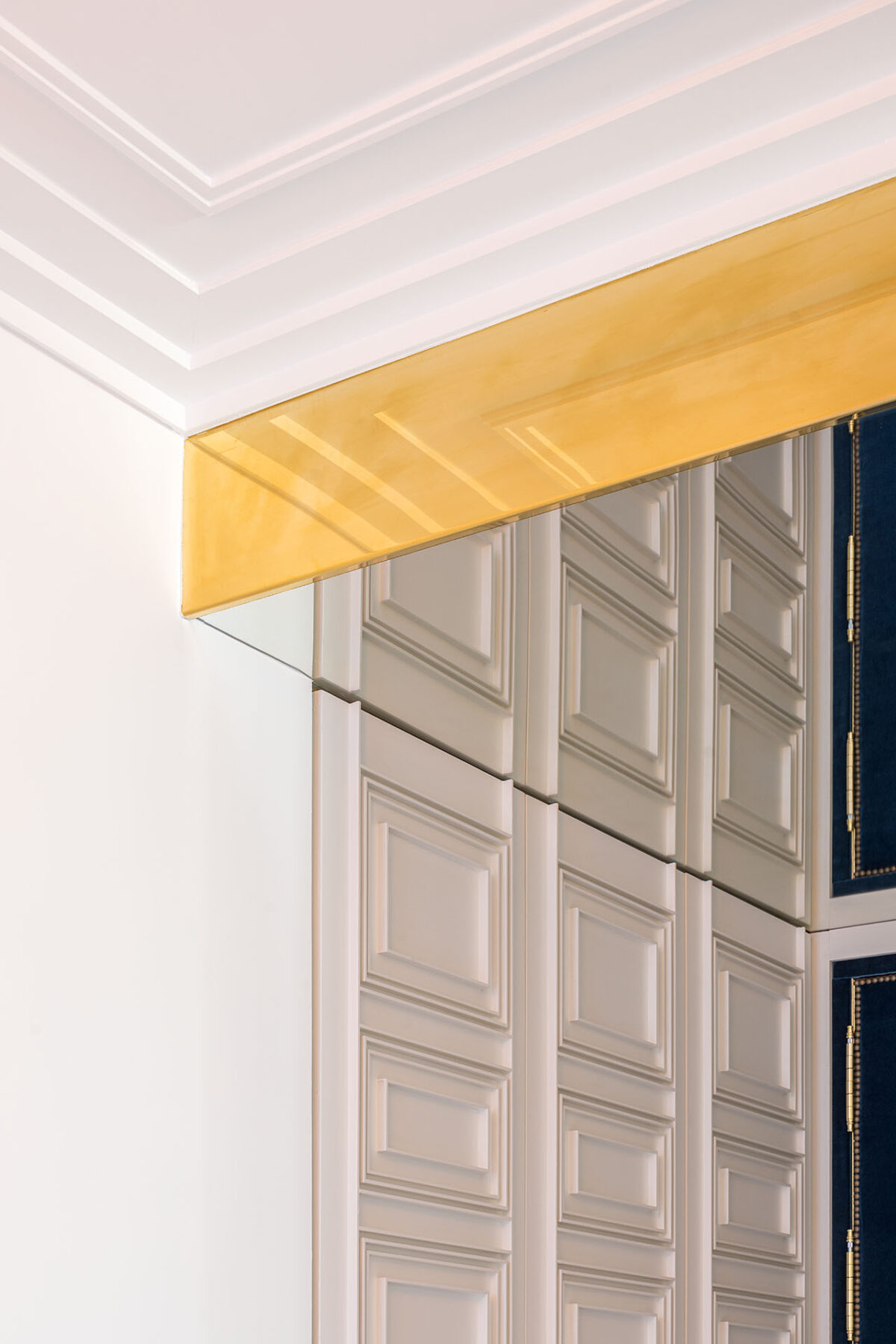 M.R House is the result of a complex rehabilitation, built by multiple layers of different periods with a high level of details and finishes that reveal the multiplicity of its transformations over the years; a journey through time, a meticulous work of material and spatial archeology, in which the artisanal processes are vindicated, that dives into a past in which elements of the future have been introduced to live a present that retains that energy that so excited us on the first day. 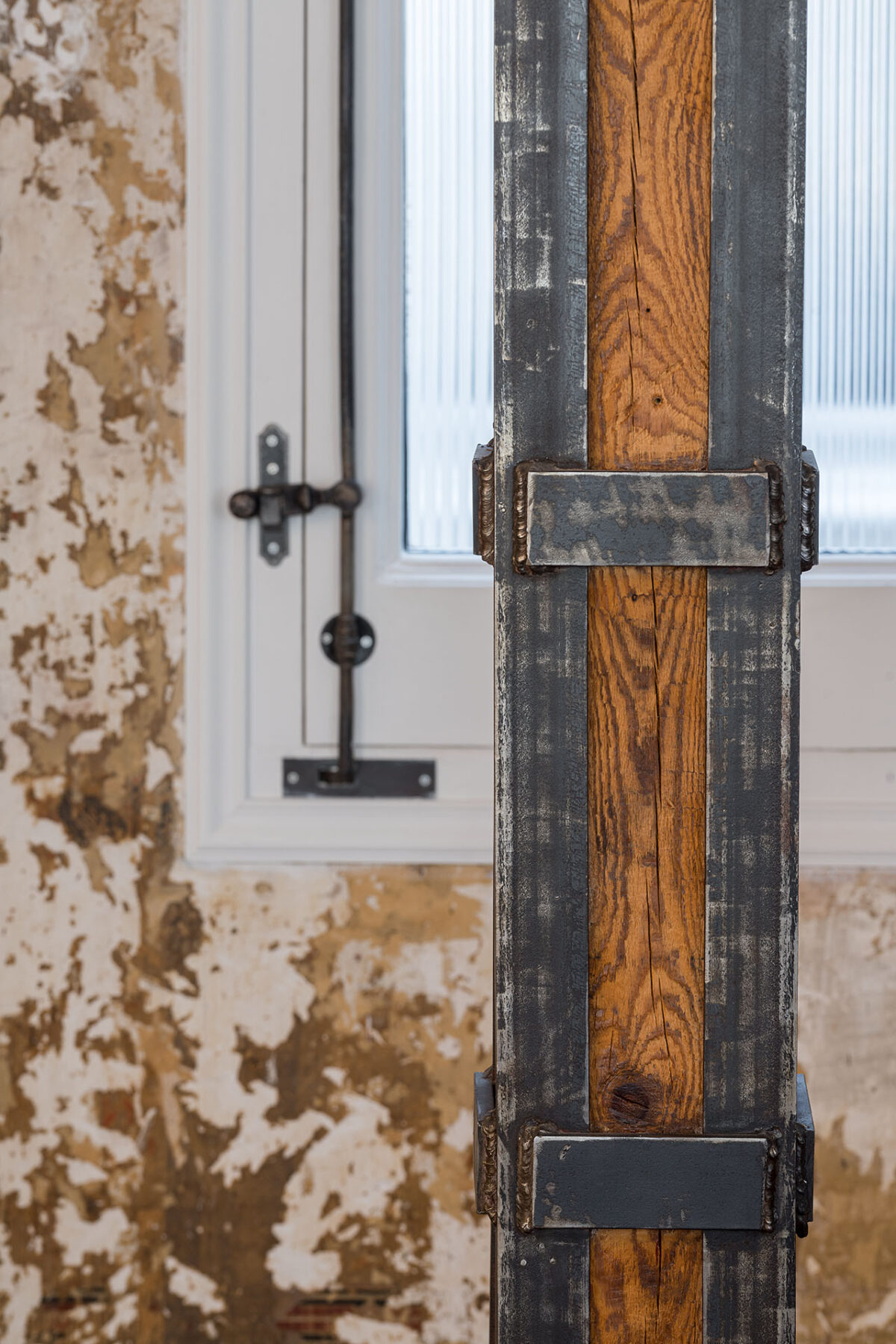 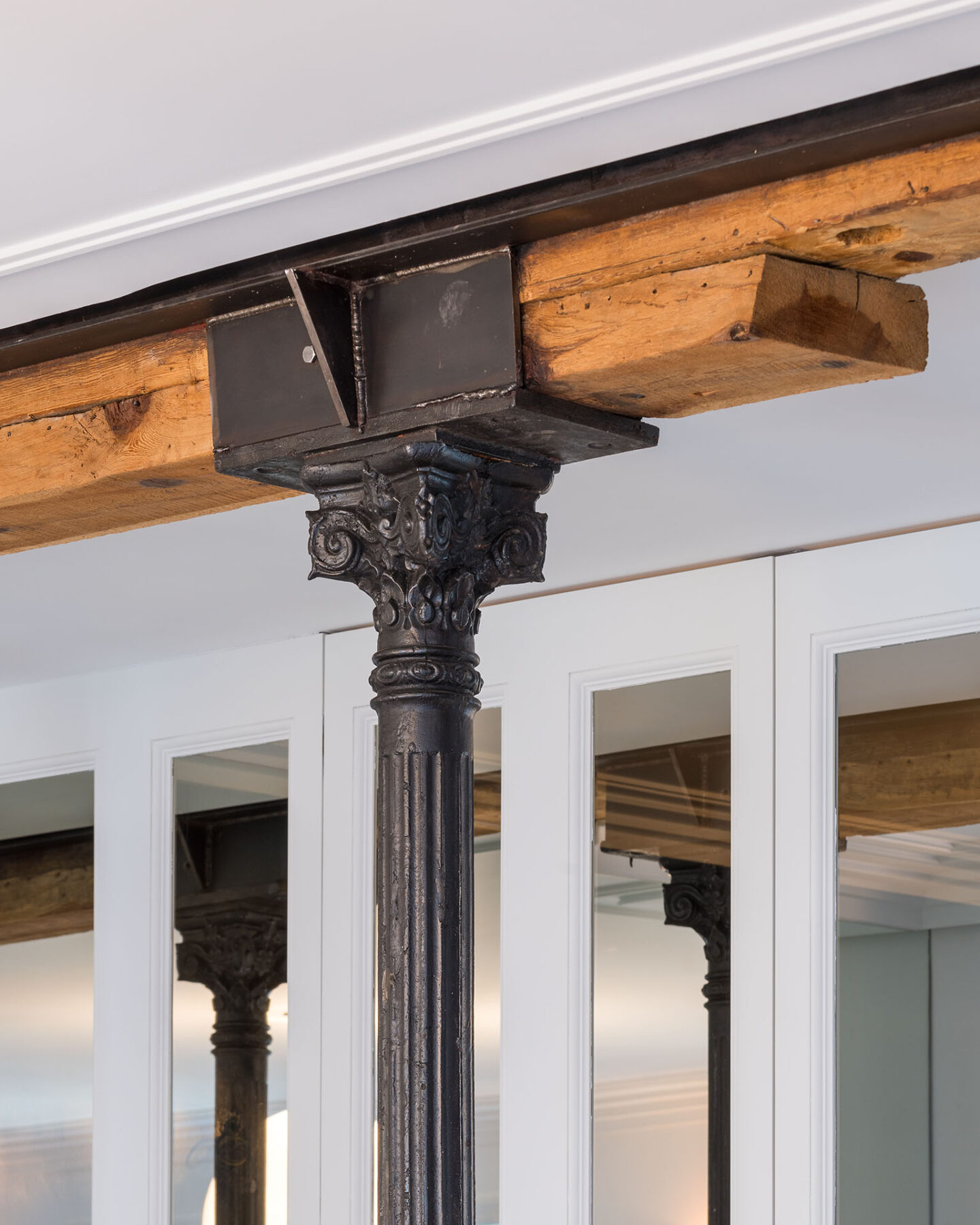