Palatina is a small palace built in the centre of Lisbon in the mid-20th century according to plans designed by Architect Carlos Rebelo de Andrade in the Português Suave style. Originally conceived to serve the purpose of a single family residence, the building was converted into four distinct apartments earlier this century.

Apartment Palatina I occupies the main first floor of this mansion, the former location of the social areas – hall, office, billiards room, small living room, drawing room, pantry, dining hall, greenhouse – and correspondingly draws upon the magnificent ostentatiousness of both its amplitude and its materials and decorative details. 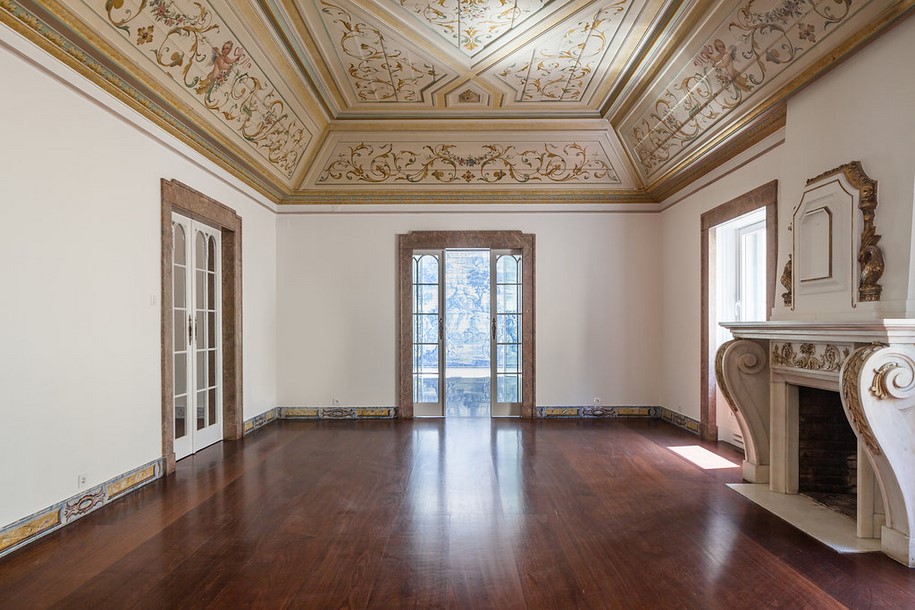 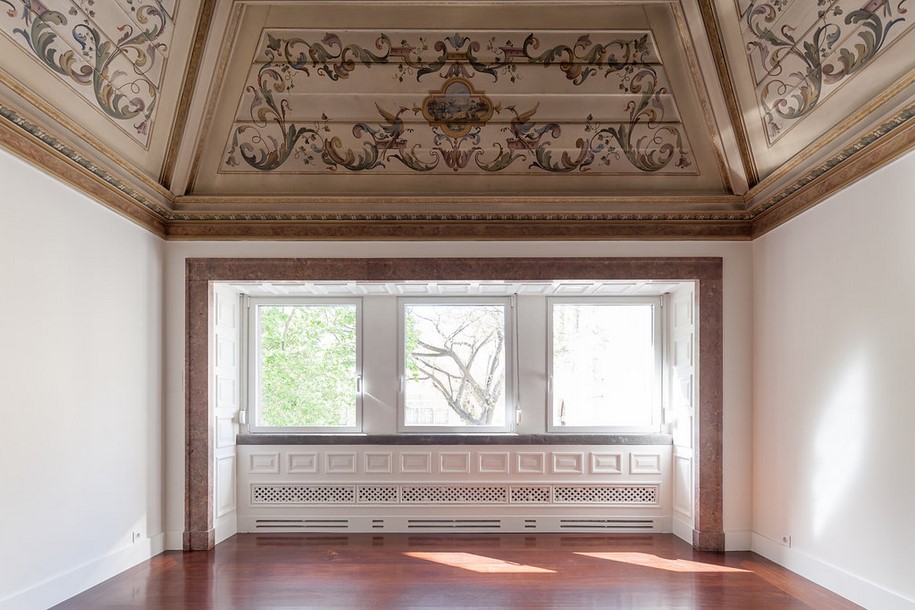 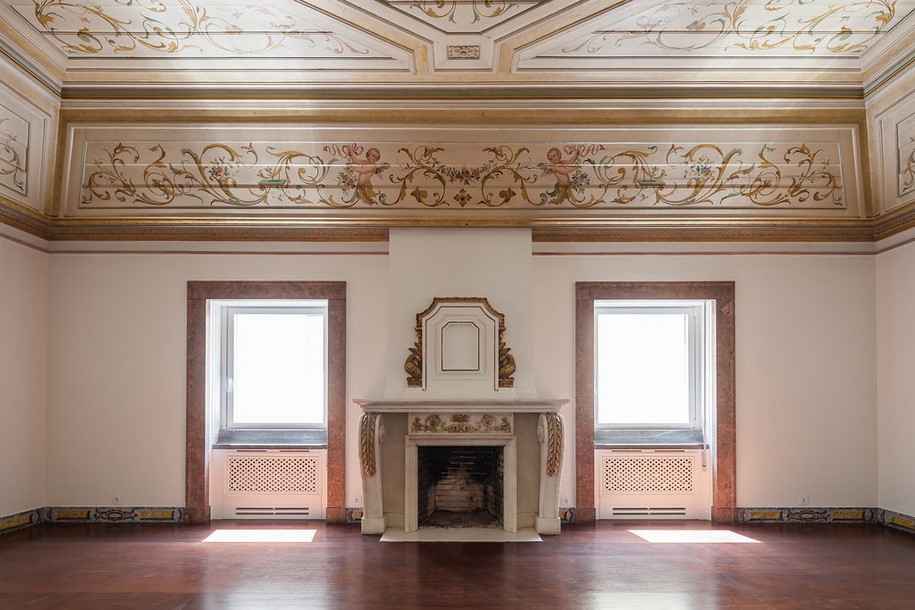 The client sought to modernise the apartment and reinforce its domestic dimension so as to render it more habitable all the while conserving its spatial structure and the finishing materials through restricted and occasional operations. 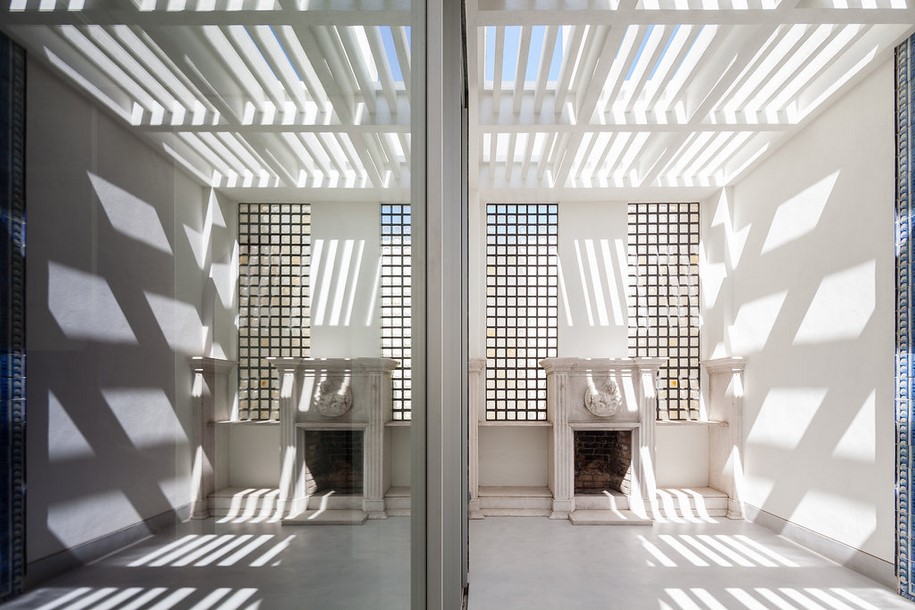 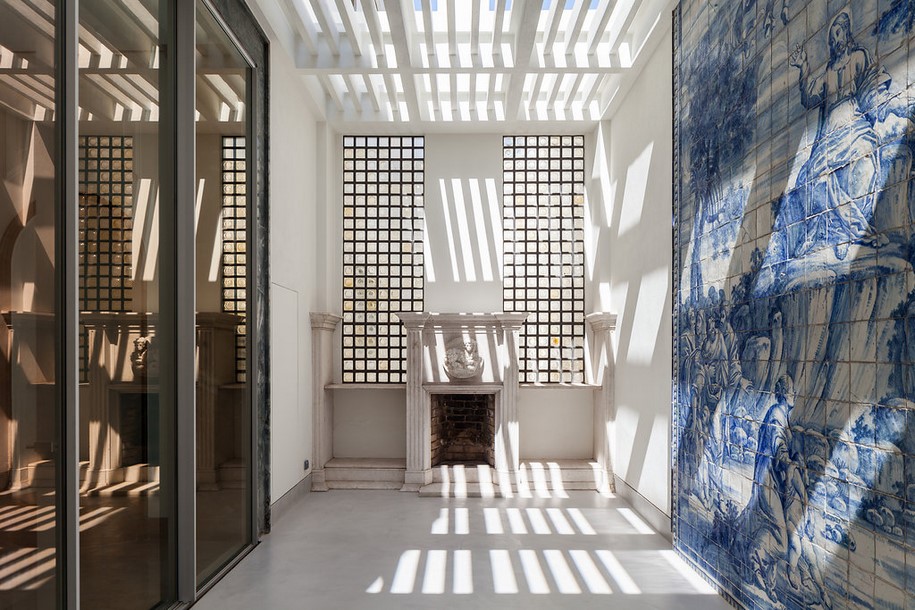 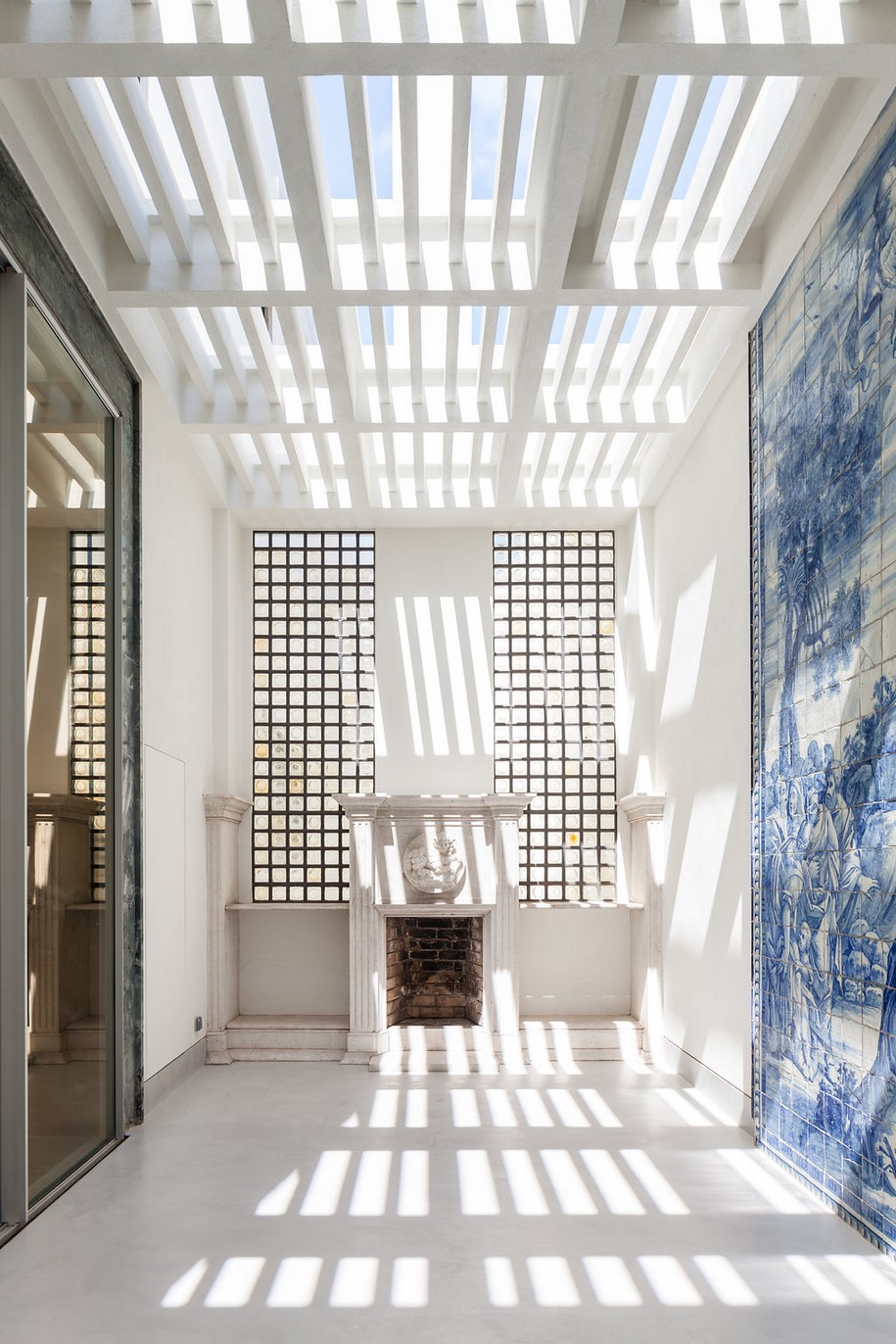 The challenge resulted in an acupunctural intervention.
The greenhouse got converted into an external space enabling the entrance of natural light into the sombre far eastern section of the apartment and resulting in a balanced contention of the living room areas. This also preserved the stunning 19th century tile panel, now also conveniently illuminated and endowing the feature with its due profile through the minimisation and transparency of the interior/exterior transition. 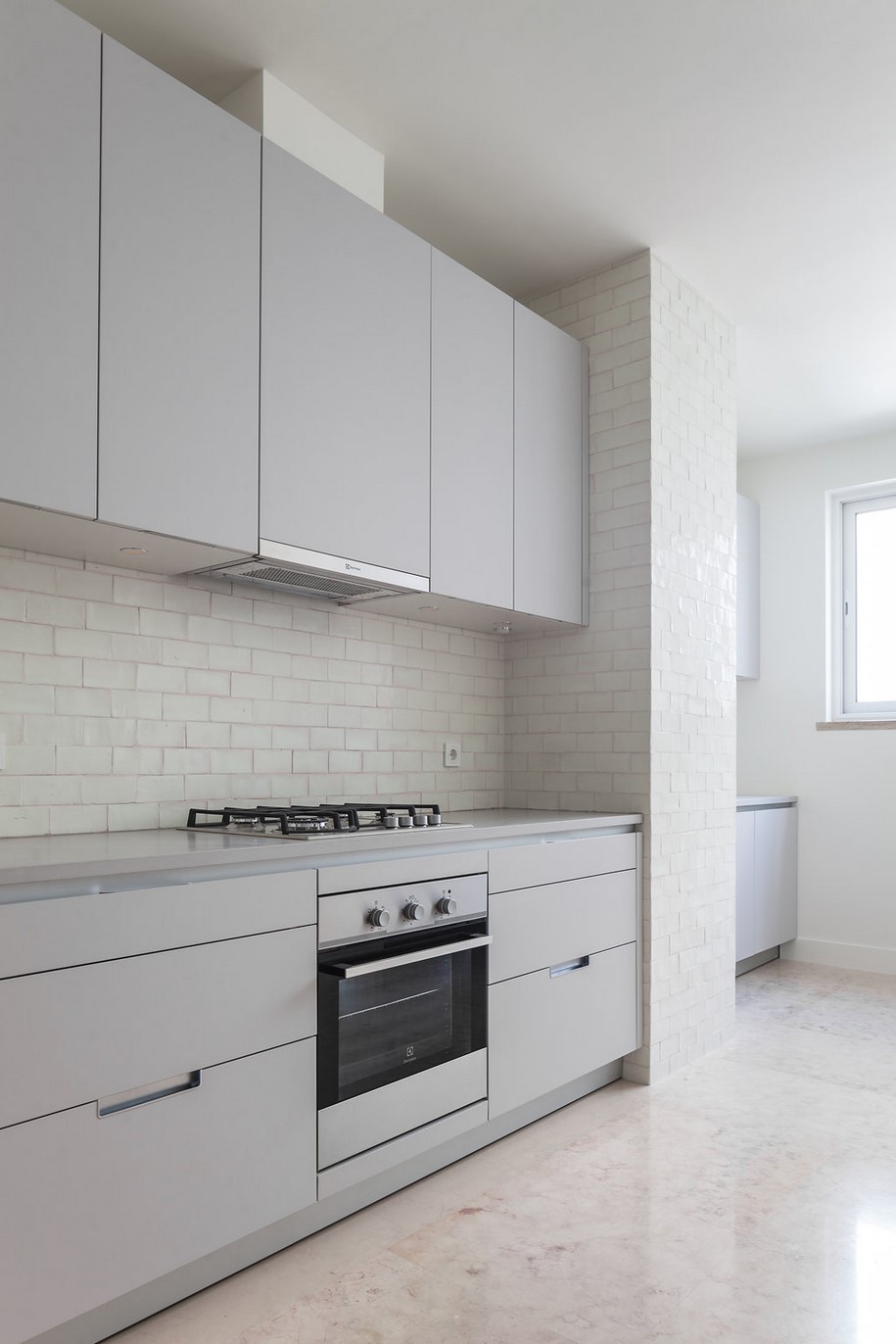 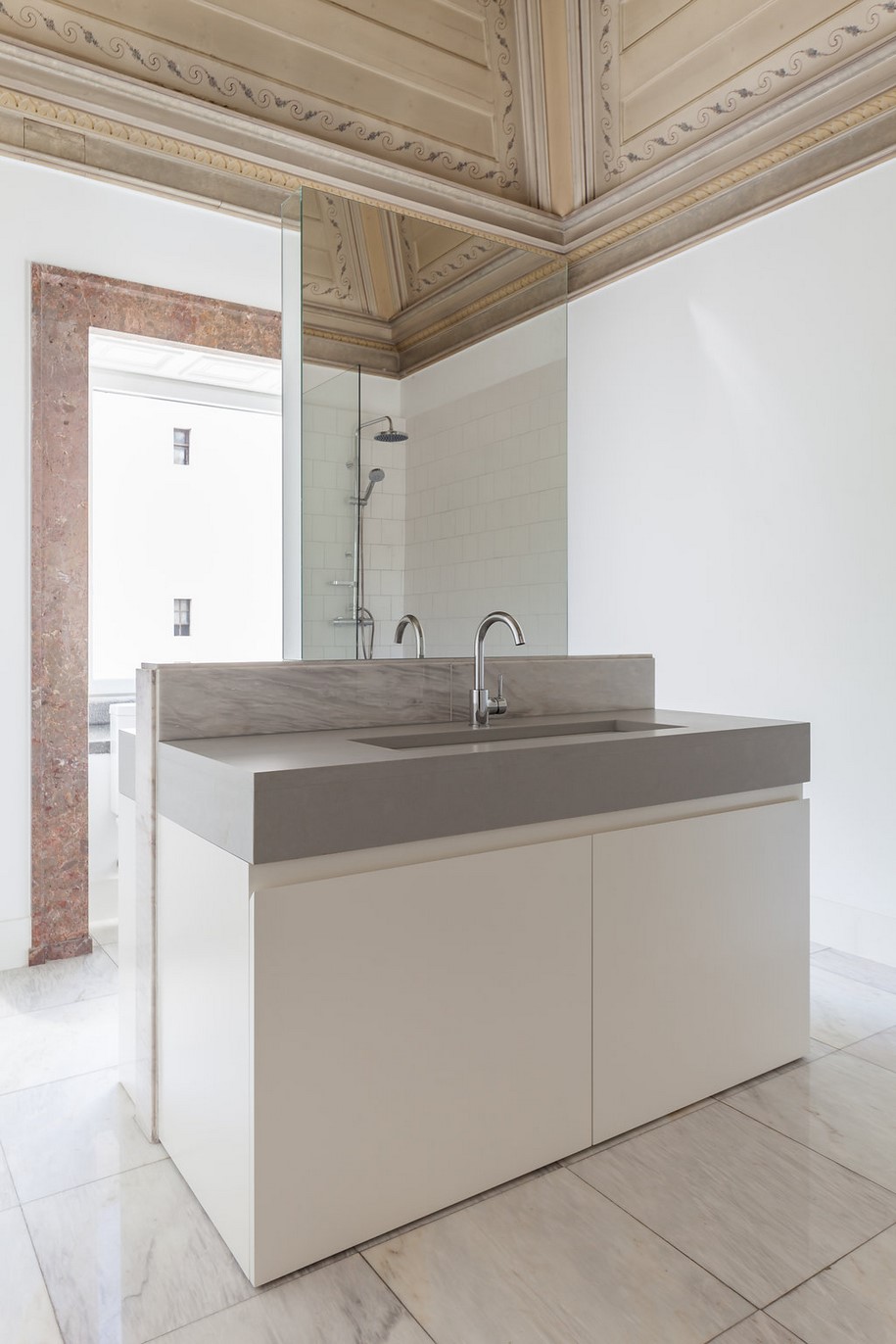 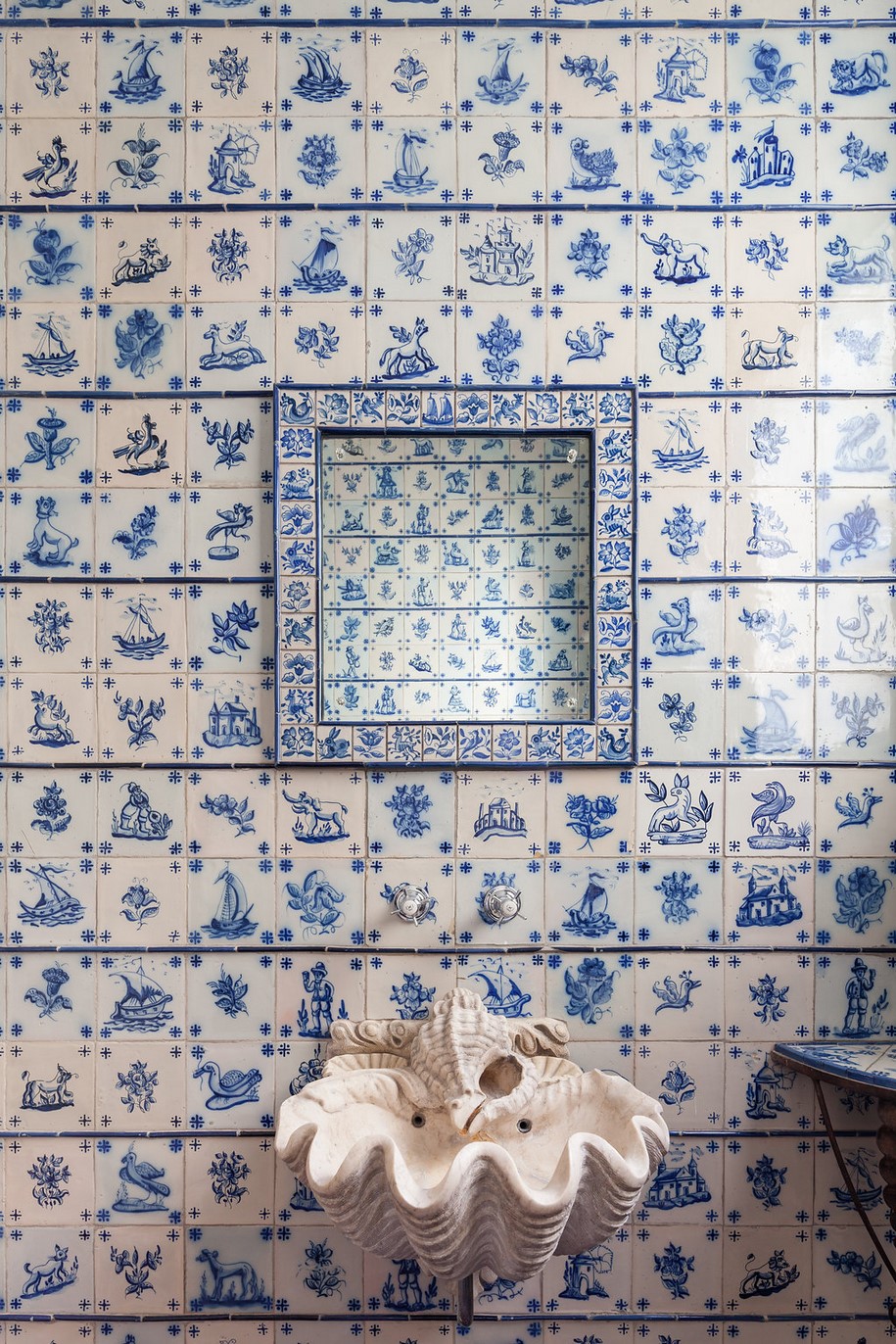 The kitchen and bathrooms were subject to the same capillary strategy through the pondered integration of new equipment and the design of new structures in alignment with the existing stone pavements and tiled walls. 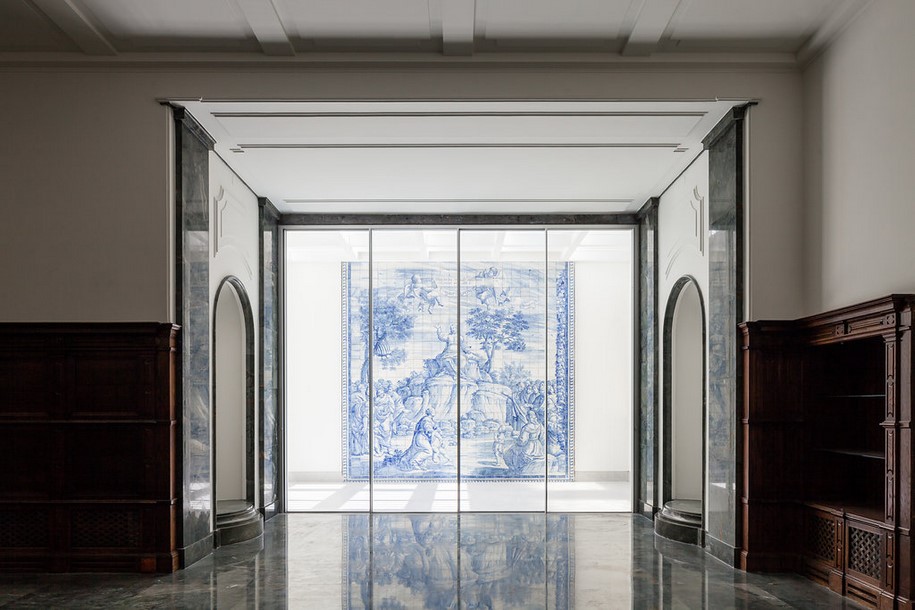 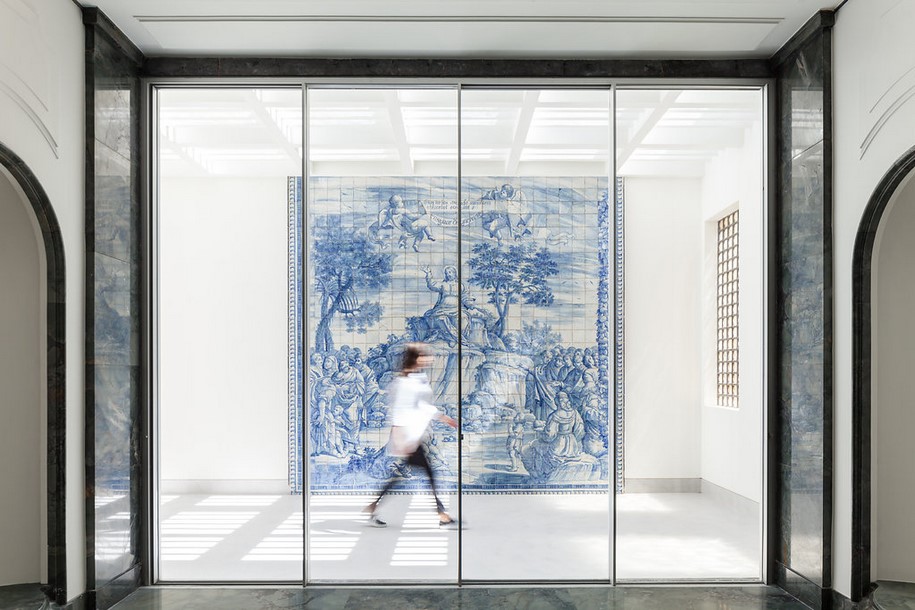 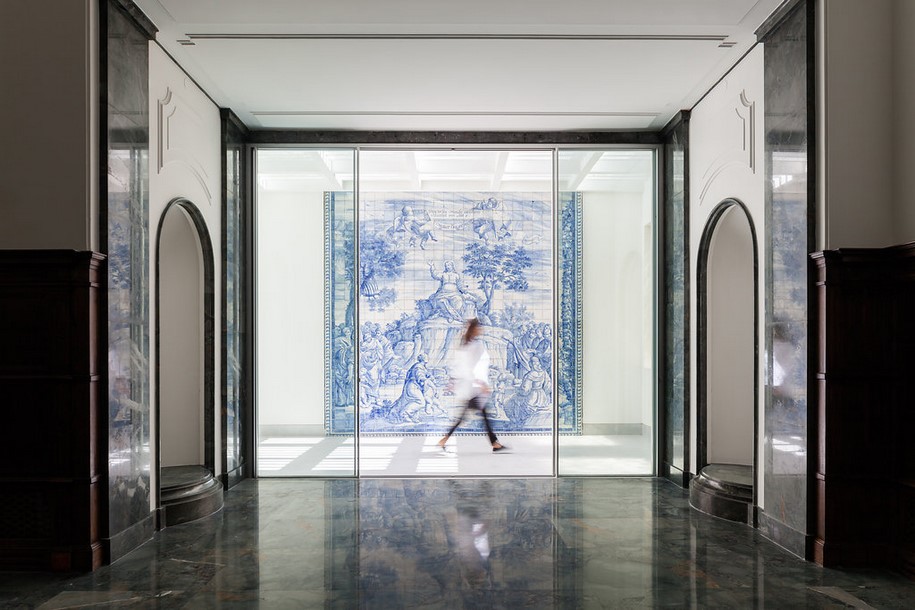 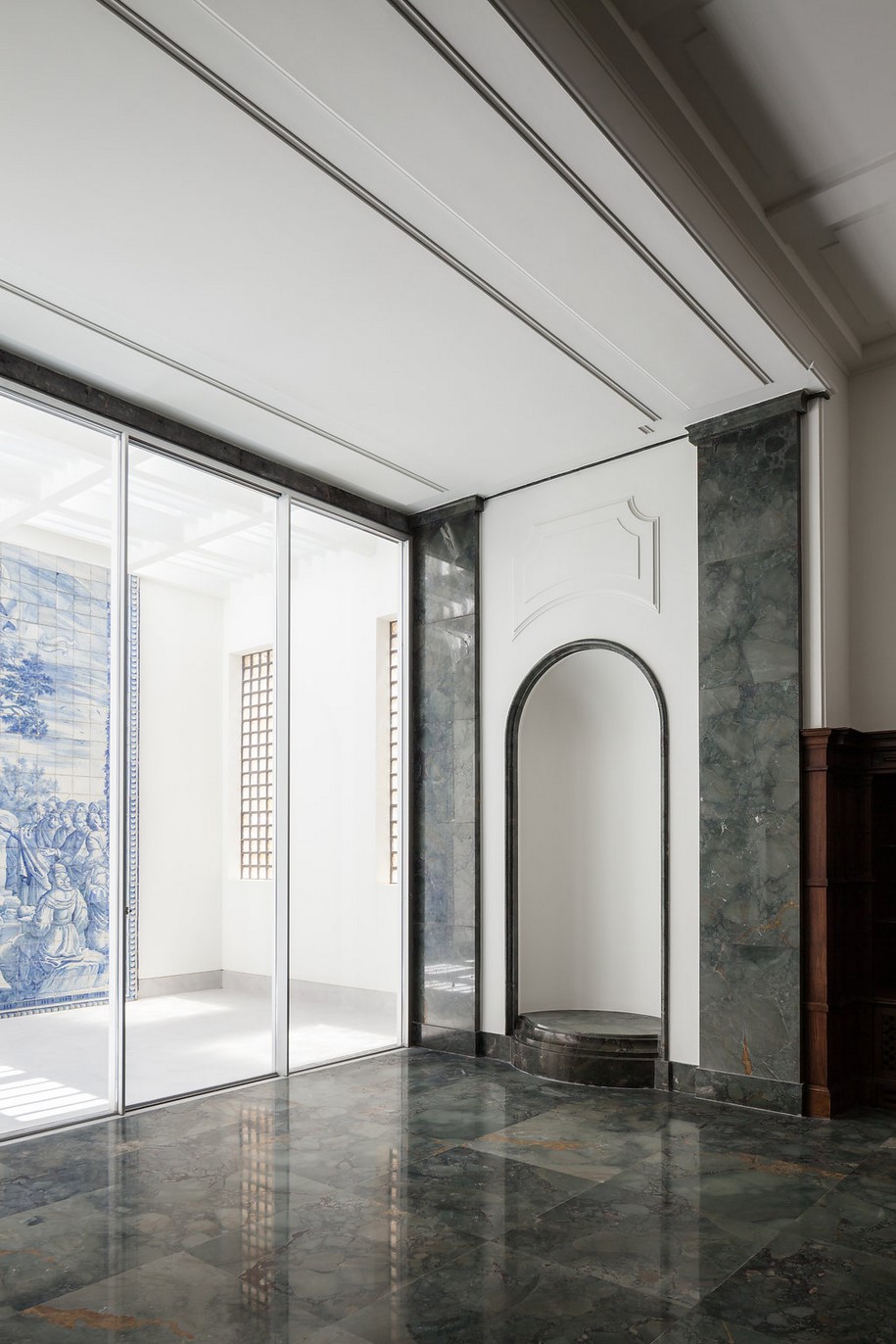 by ARCHISEARCH EDITORIAL TEAMArchisearchhttps://www.archisearch.gr/wp-content/uploads/epikyklos-boconcept-4-370x640.jpg
SHARE THIS PAGE
WITH YOUR FRIENDS