Molior Architects+ won 1st Prize at the Open Architectural Ideas Competition for the D. Daskalopoulos Arts Building located in Athens College Psychiko Campus delivering a prismatic building volume as an extension of the existing greenery and anaglyph that reveals, gradually, the life and complexity that conceals inside.

Occupying a generous area on a small green hill and being inside an extremely quiet and green suburb of Athens, Athens’ College appears as a clearly separated and closed system. On the other hand, the impressive facilities and infrastructure that have been developed within the Campus, combined with the foundation’s policy, working in tandem have managed to create channels between college and society. 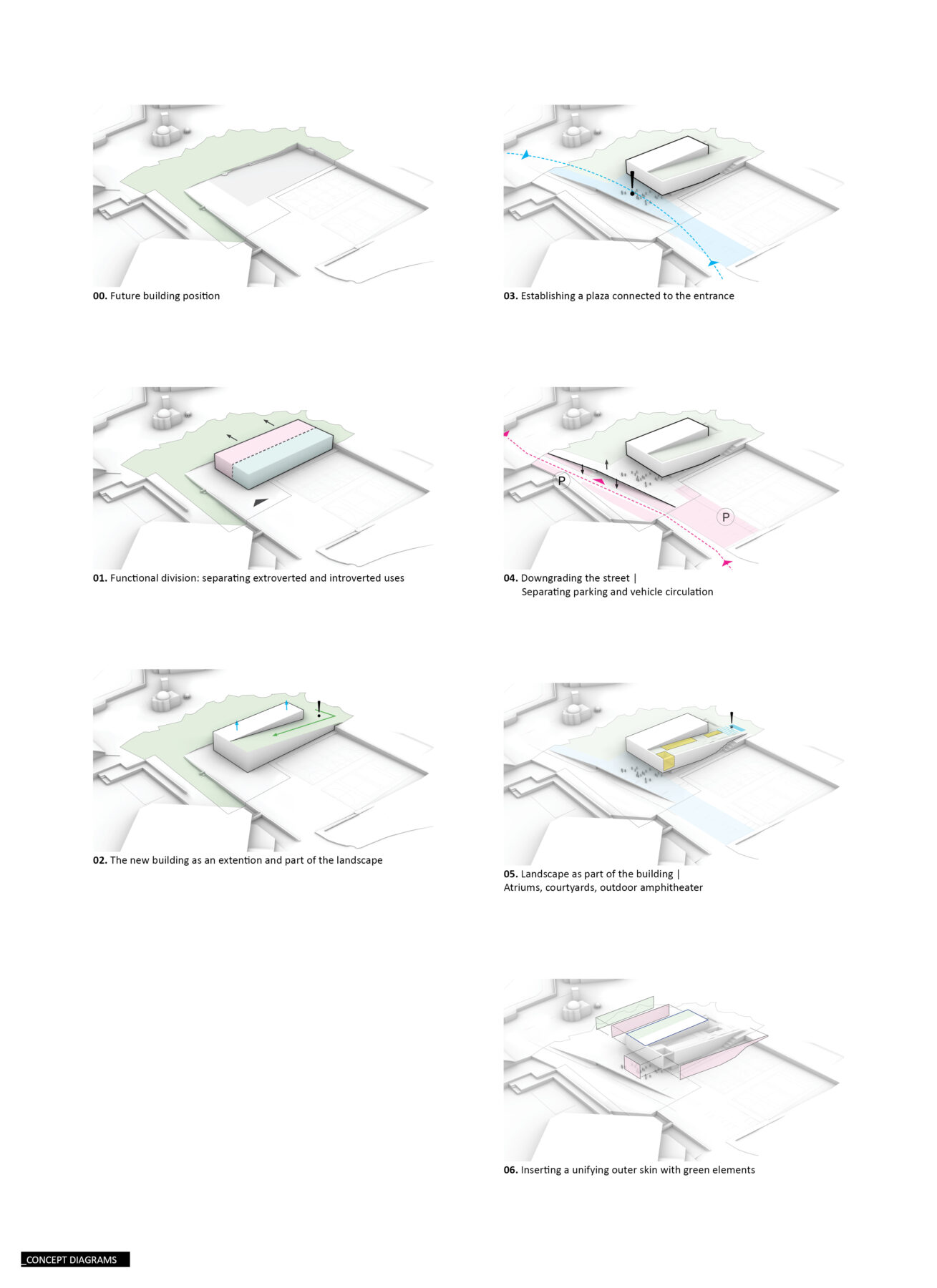 Based on the above, an interesting dual function emerges in terms of its buildings and the way they are perceived. On the one hand, their use by the institution during the educational hours and on the other, the form and presence required when the campus is open to the public.  Therefore, in addition to their contribution to the institution itself, at the same time, they must have the ability not only to function but also to be projected as autonomous building entities, having respectively the visual and perceptual weight required, as well as the surrounding space necessary to highlight them. 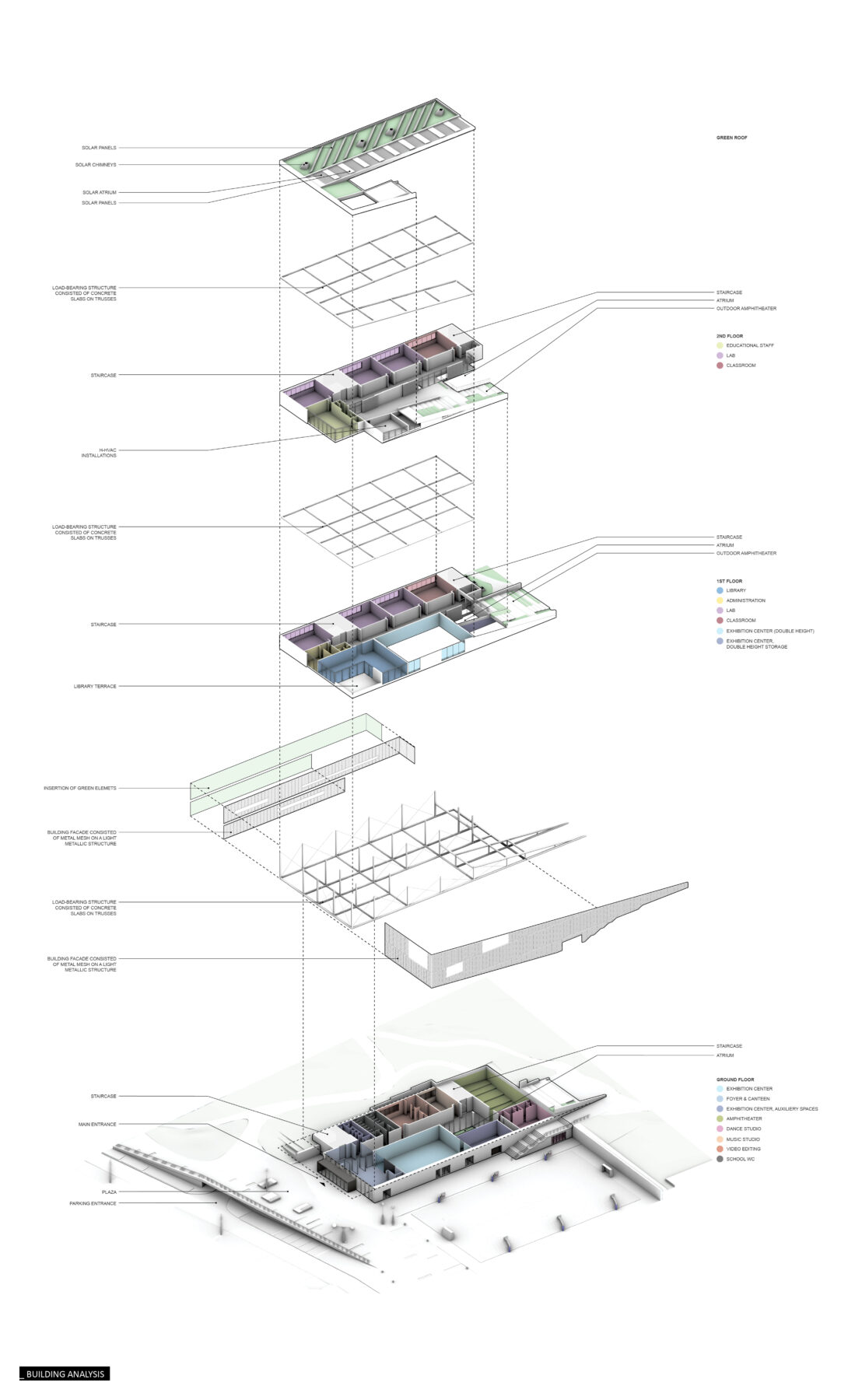 Correlation with the anaglyph and greenery

Designing therefore in the above context, as a predominant problem naturally emerges the dual role that the new building is called to play. 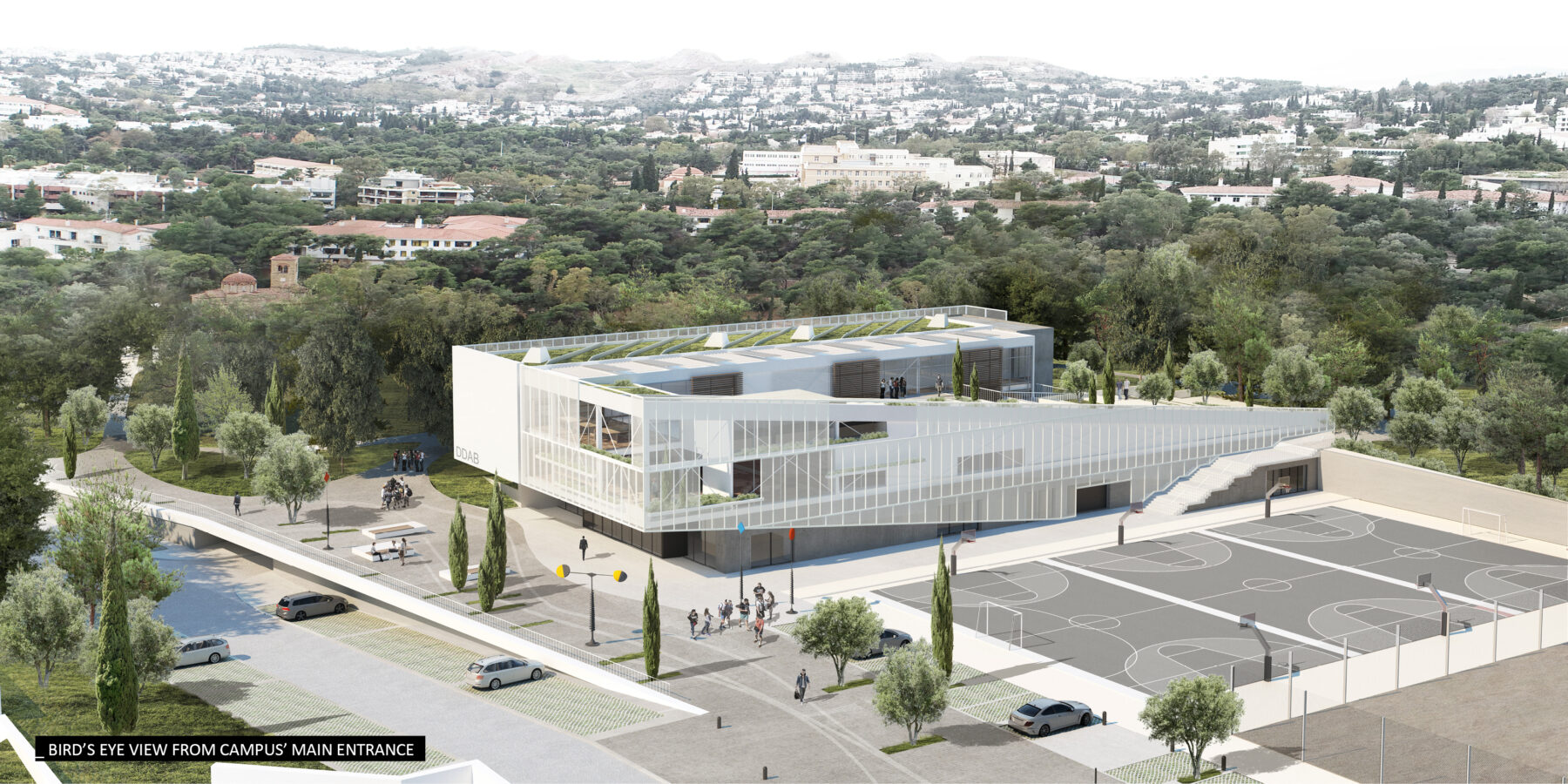 That is, to achieve a smooth integration into the whole, along with a simultaneous elevation as a landmark. 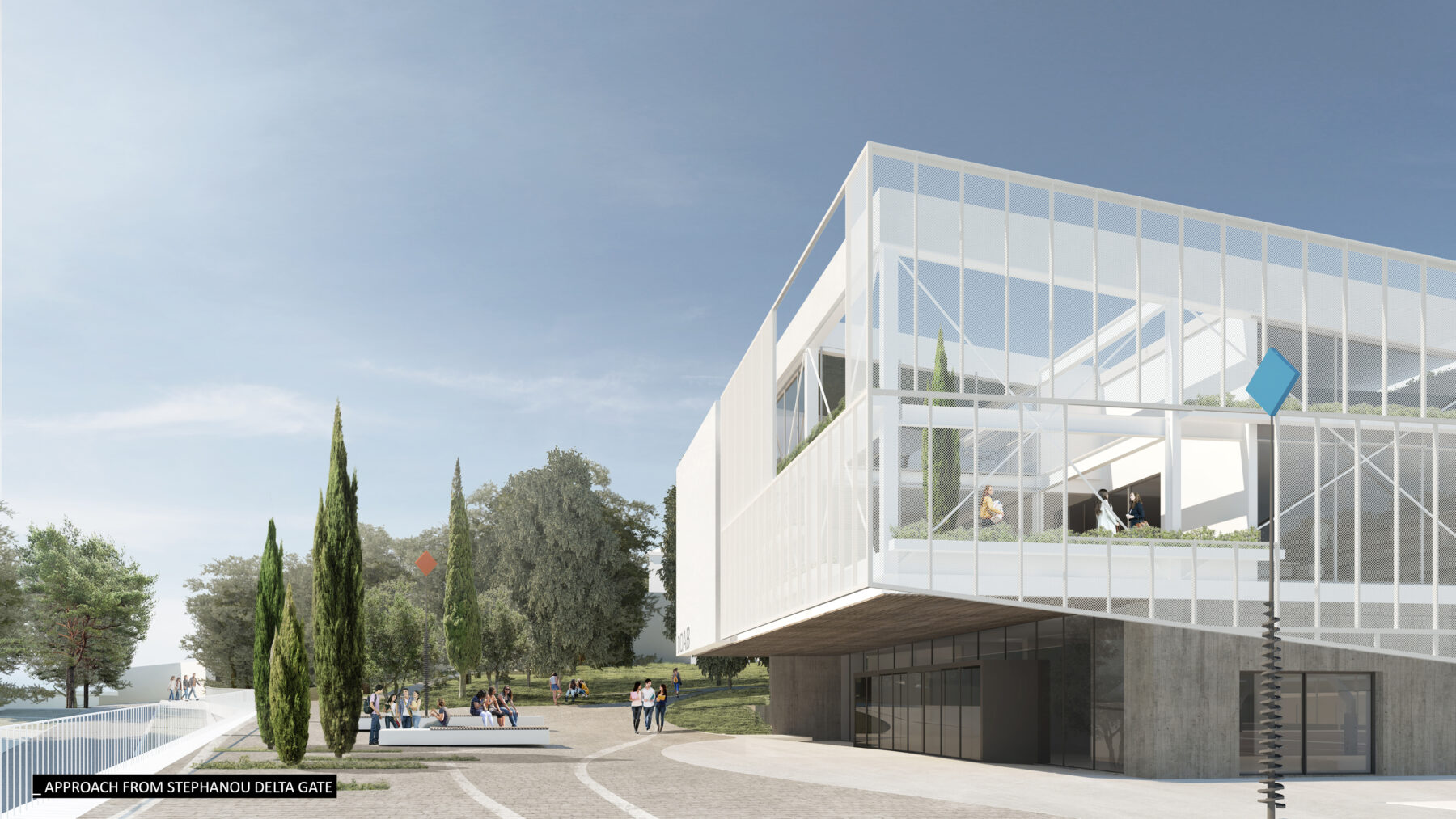 As a result, almost out of necessity, in terms of strategy we turned to those elements that in our mind present as the most dominant. The certain anaglyph of the plot as well as the emphatic vegetation which clearly functions as a unifying force and isocracy for the whole complex. So, proceeding with the elaboration of our proposal, we made the decision, instead of colliding with the strong contrasts of the plot and environment, to seize the opportunity and turn them into designing tools.

Starting from the intense height differences of the plot, we introduced a prismatic building volume as an extension of the green and terrain. 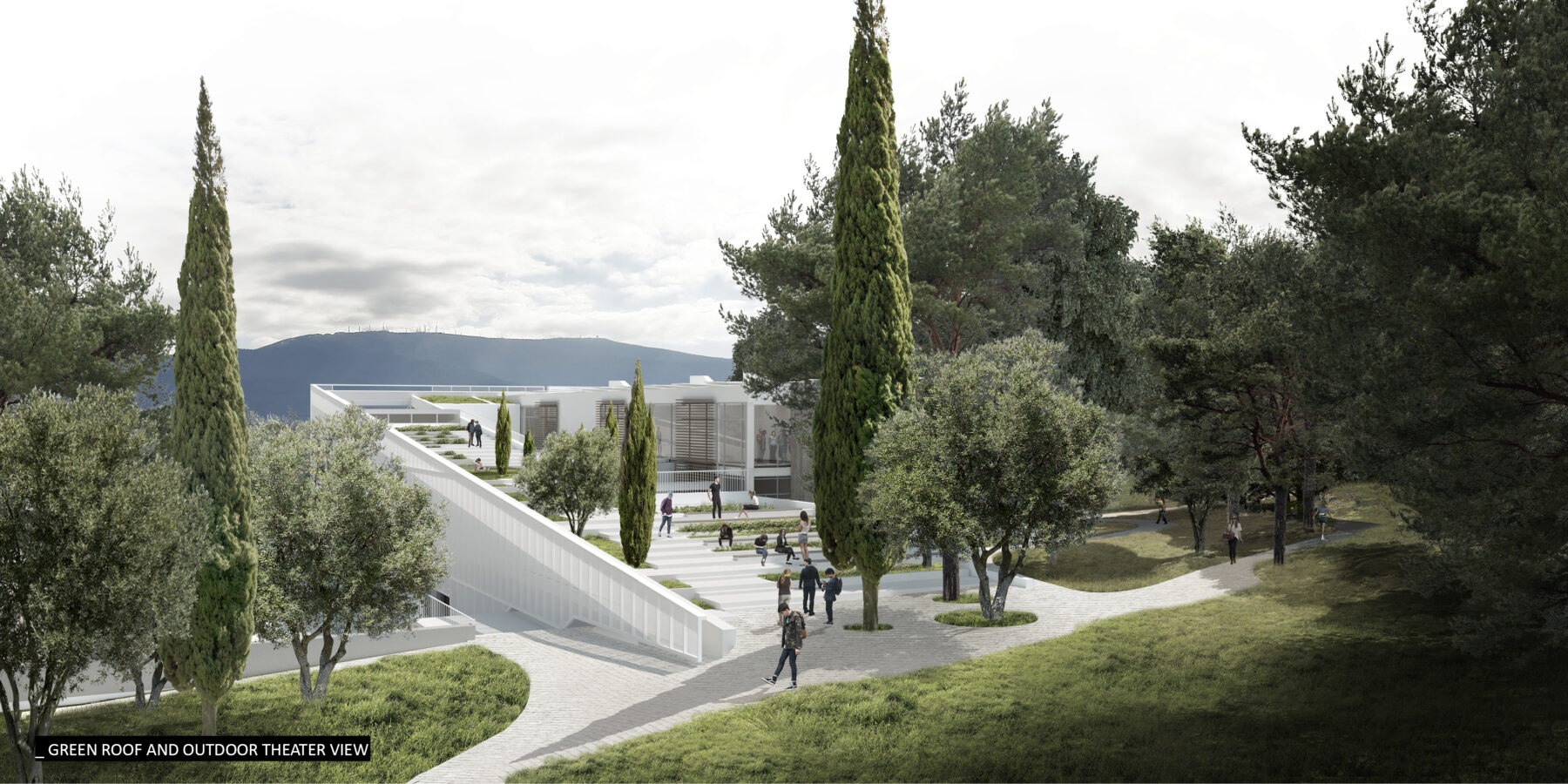 At the same time and regarding the level of the entrance, the volume is suspended, defining an underlying public space in connection to both the building and the Campus’s entrances.

This building, as a place of art and exhibitions in our minds should not be perceived as something morphologically heavy or monumental. As a result, and even though, that for several reasons we sought to create a compact and clear form, our desire is to give the building the necessary sparkle and lightness to bring it closer as a form to a university or art’s museum. 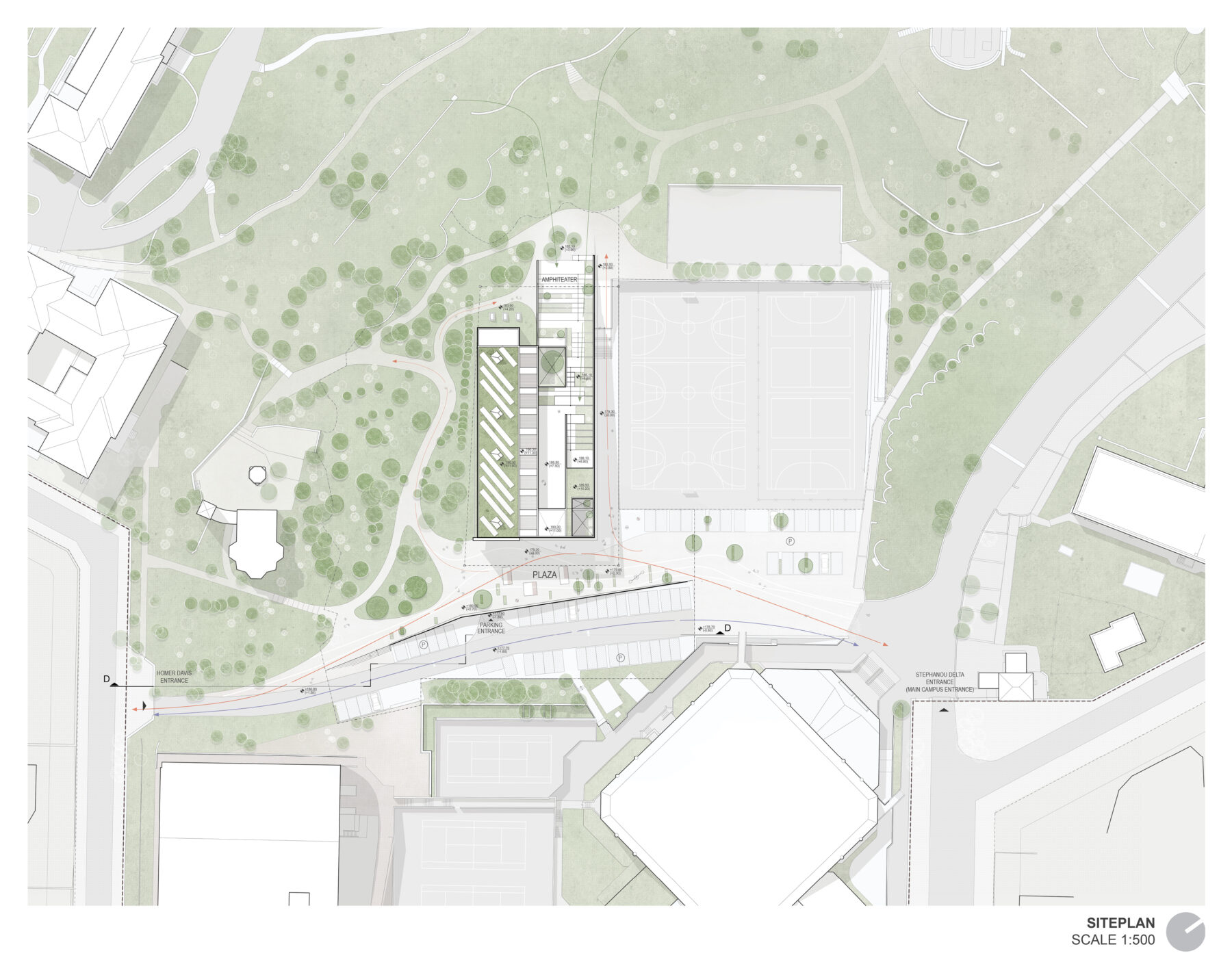 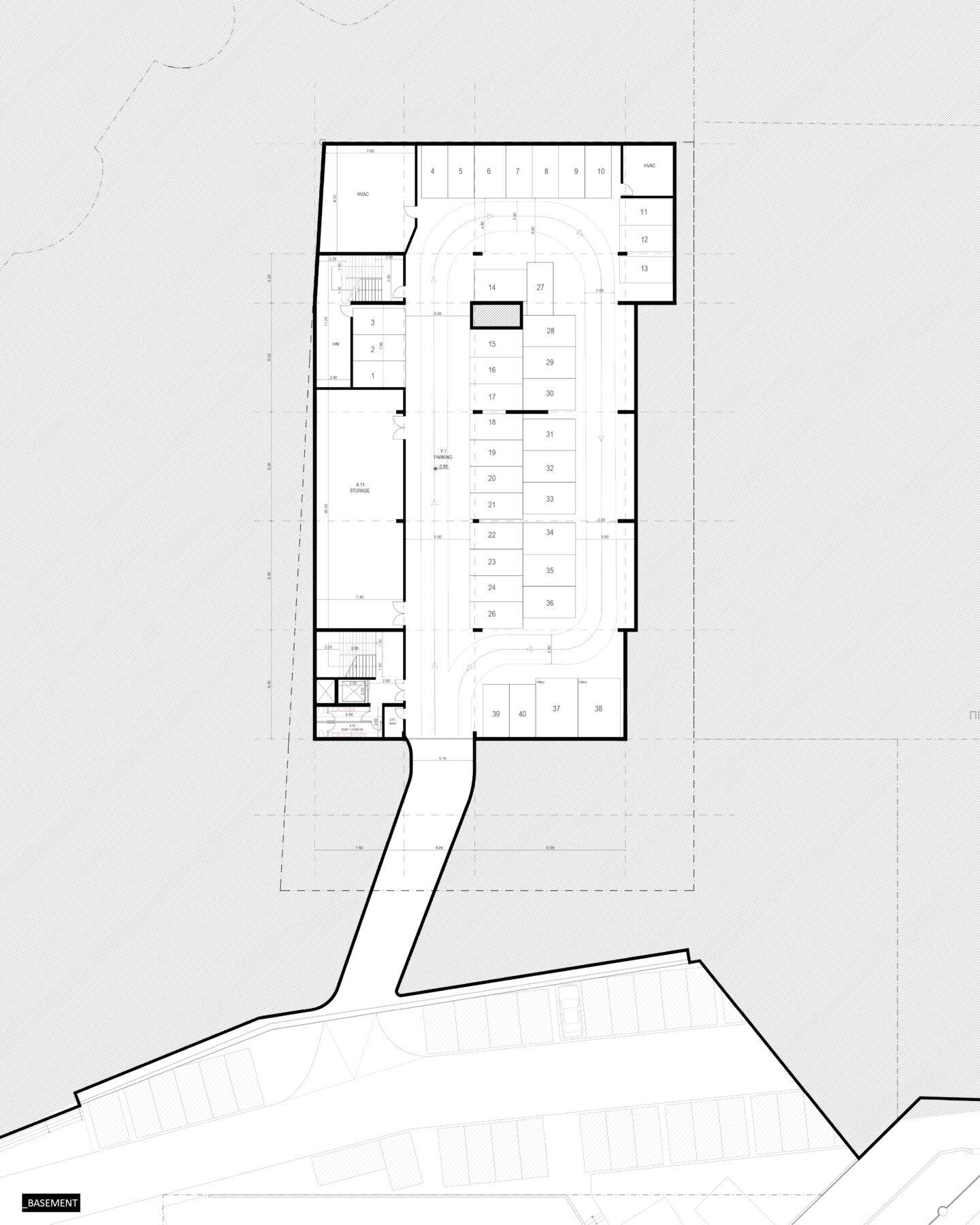 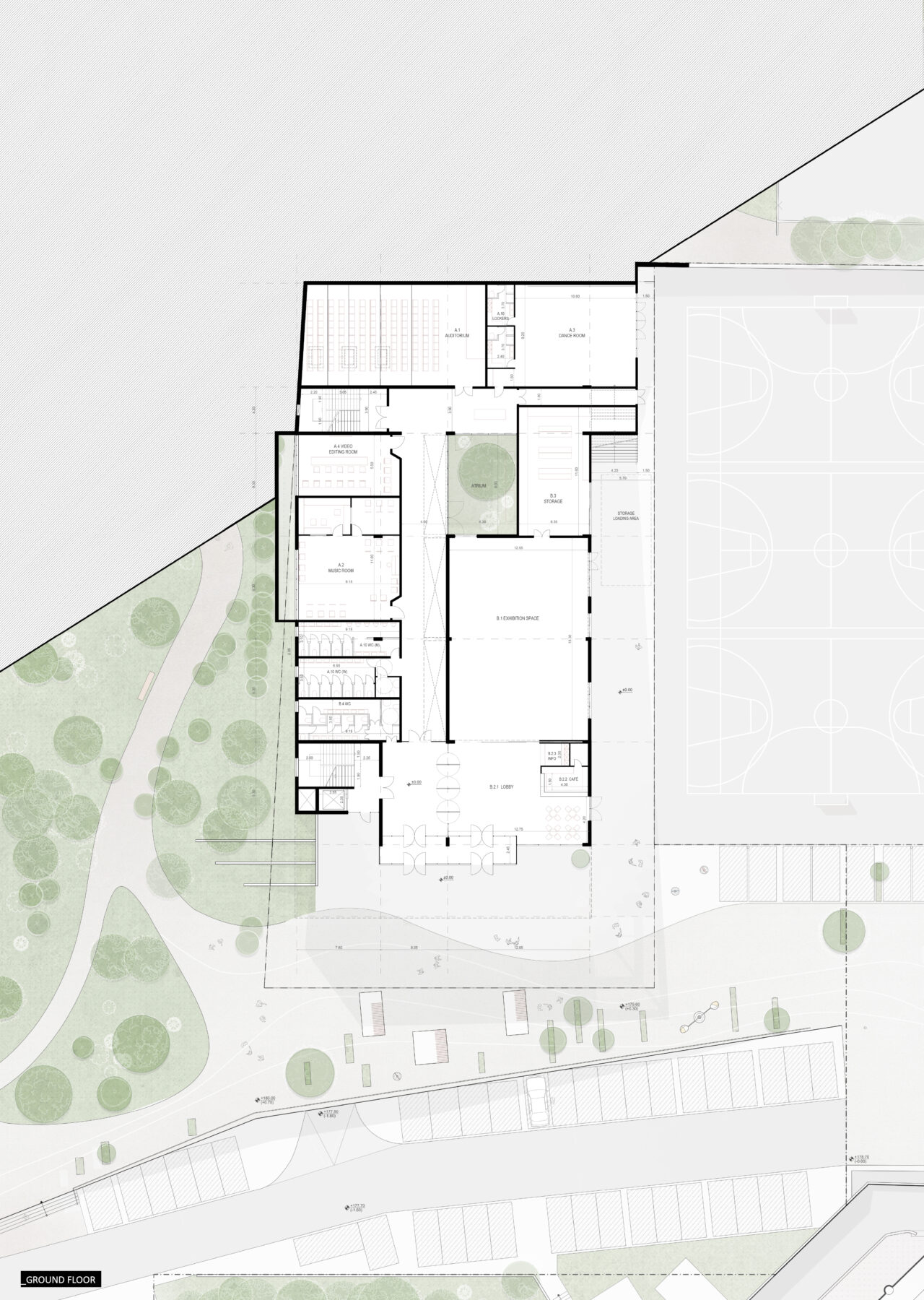 Therefore, and to embellish the size and solidity of the building, we favored the adoption of an additional level by dressing it with a layer of white metal mesh. 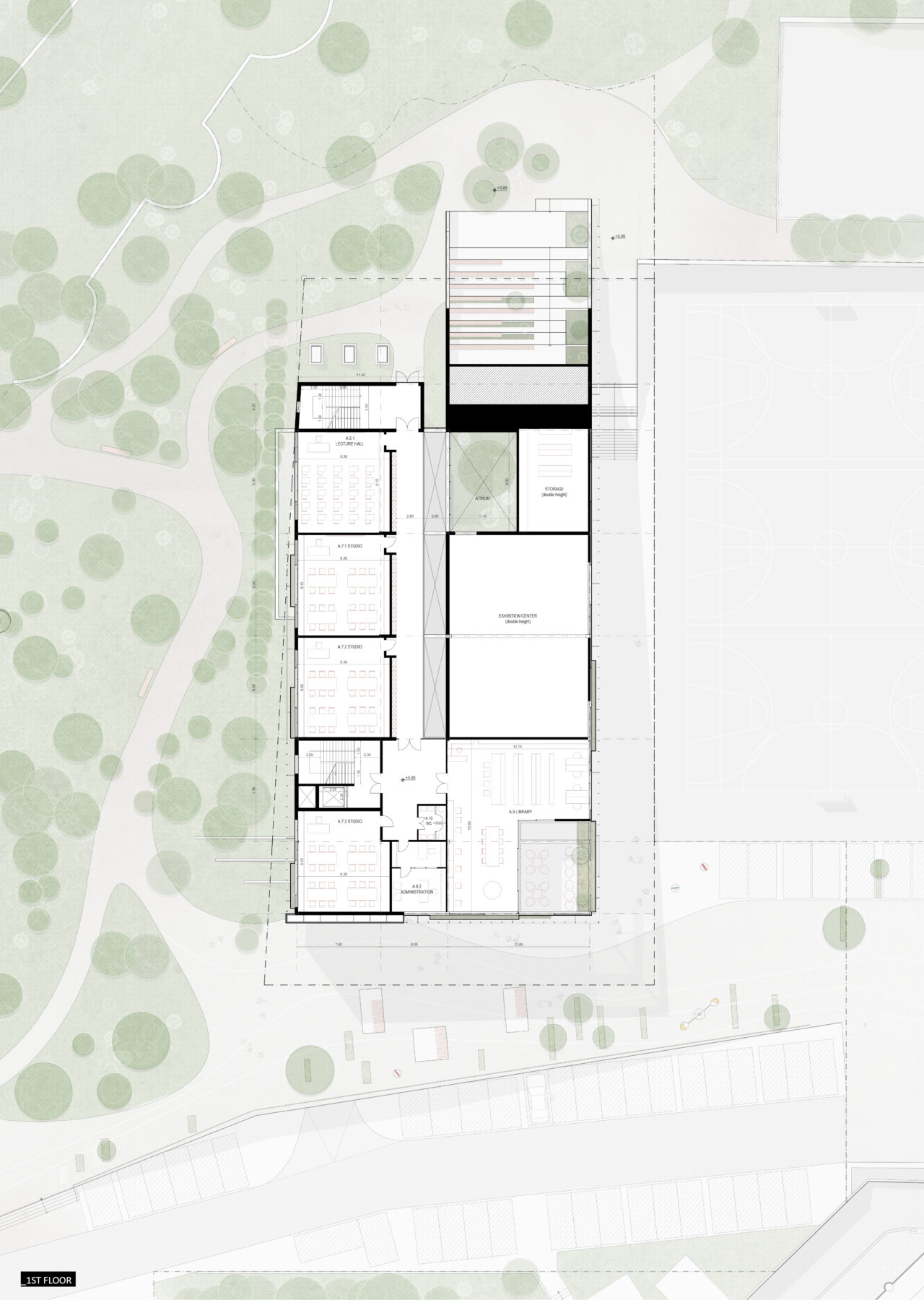 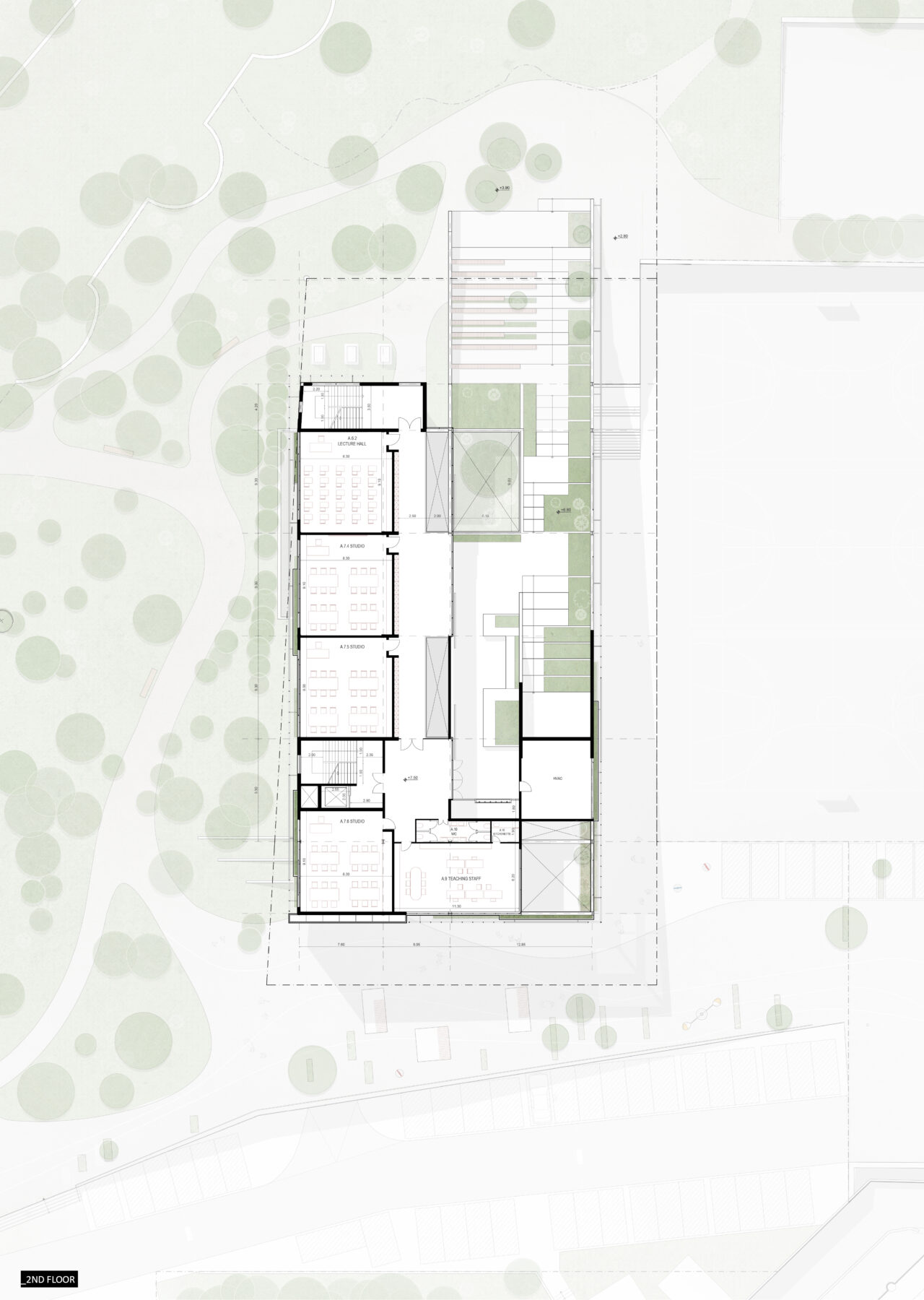 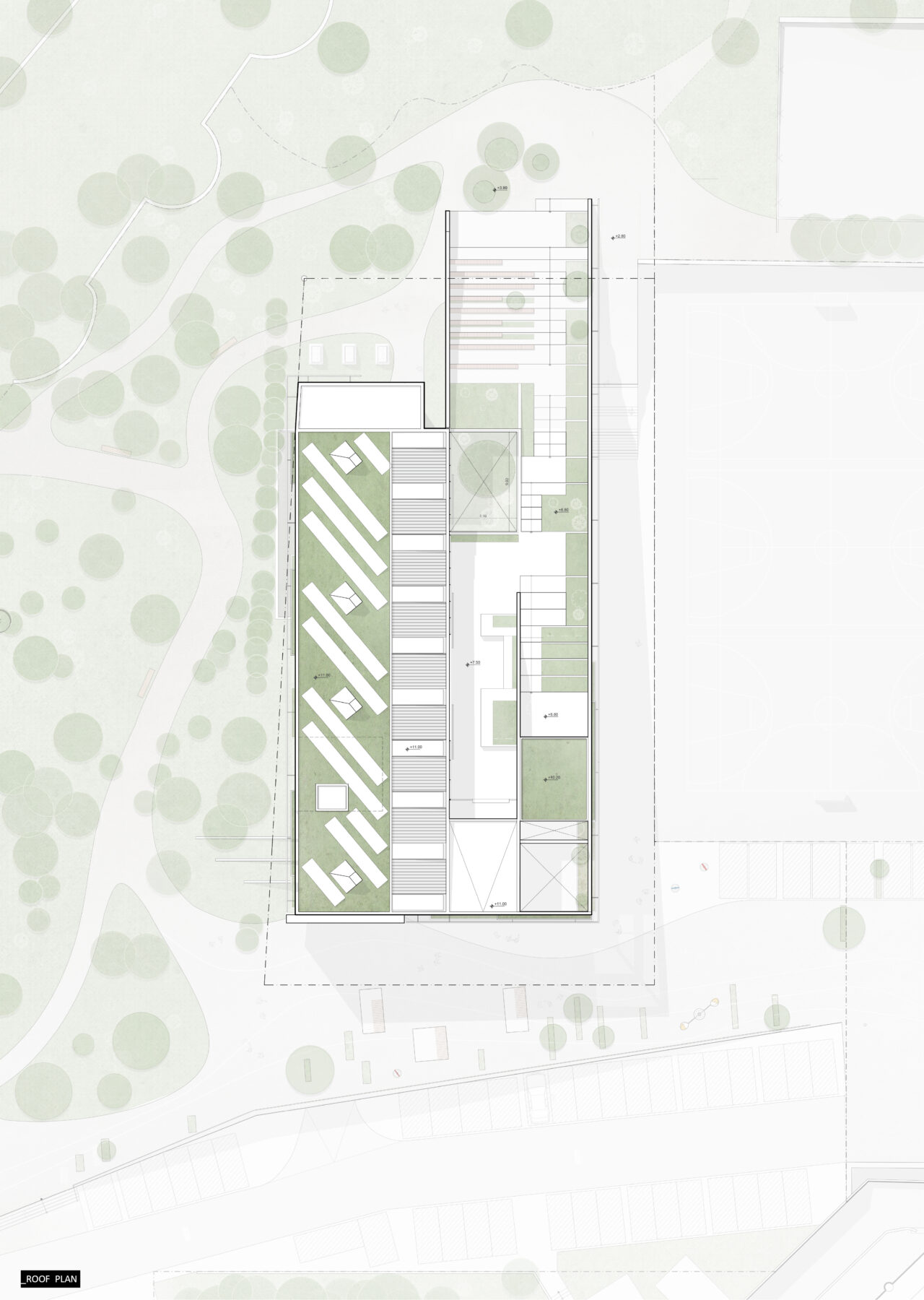 This move resulted in a building form which, despite its large percentage of closed surfaces, exudes a sense of transparency and depth. All in all, we managed to create a form which, although is pure as a shape, reveals without noise, the life and complexity that conceals inside. 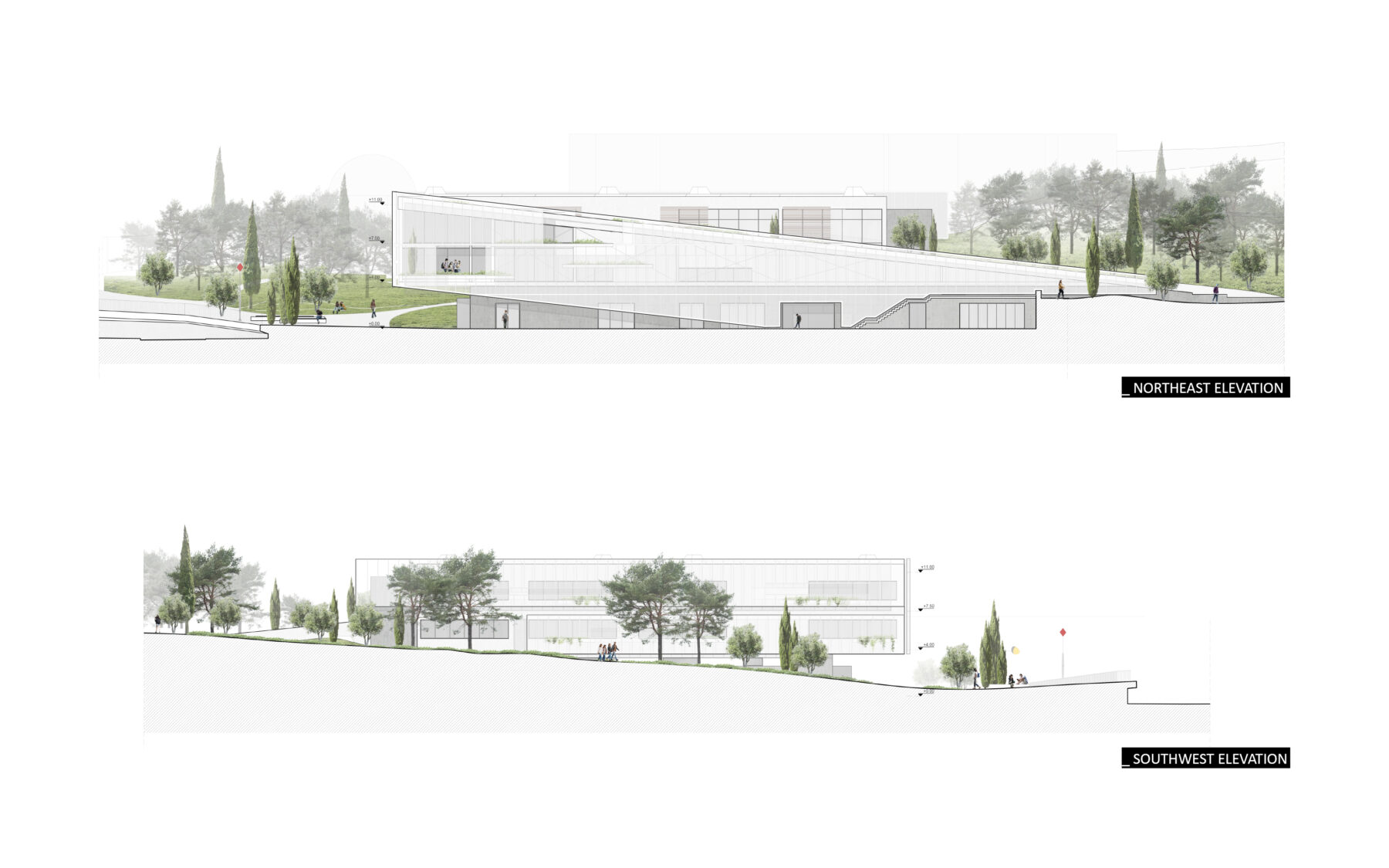 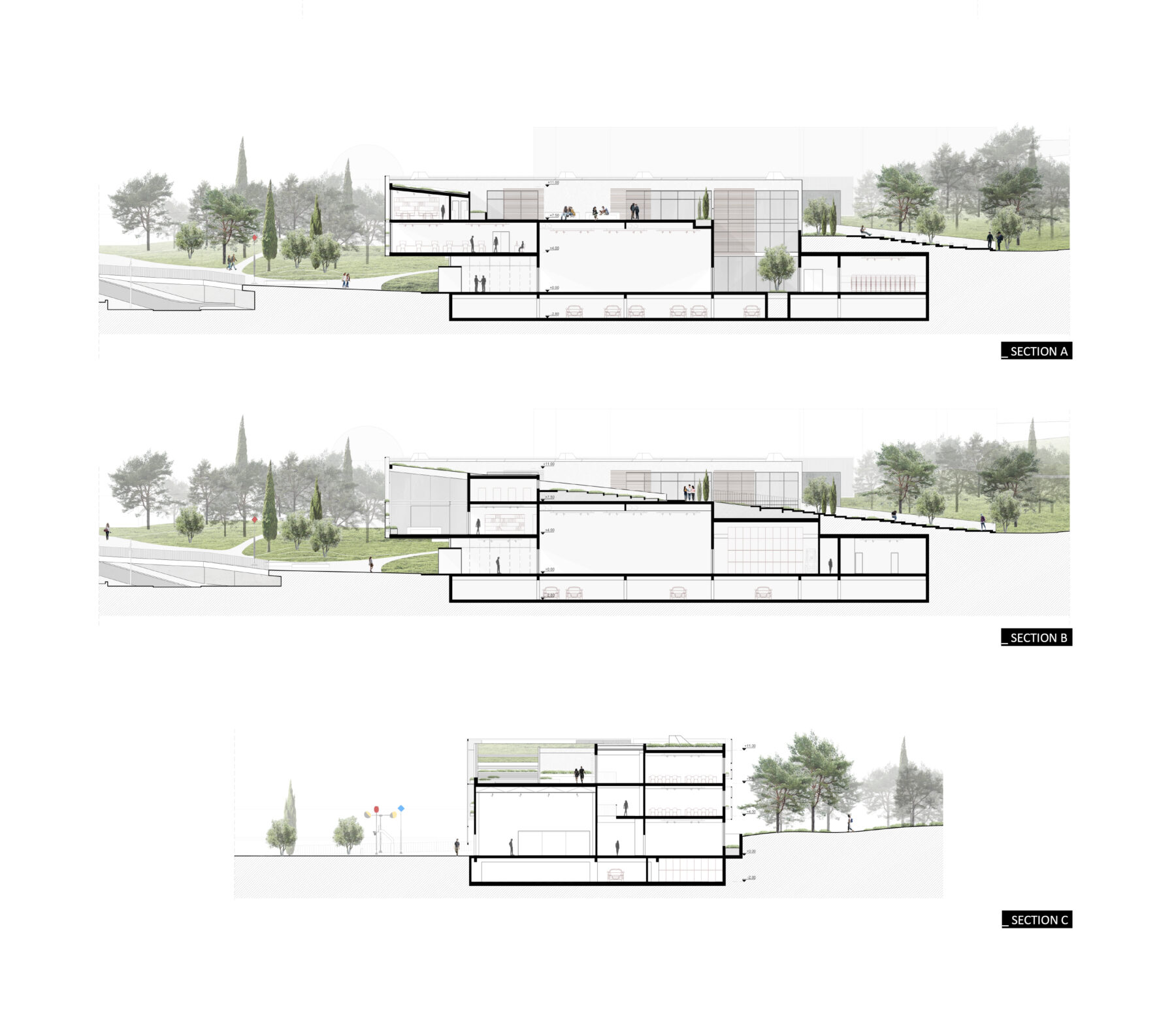 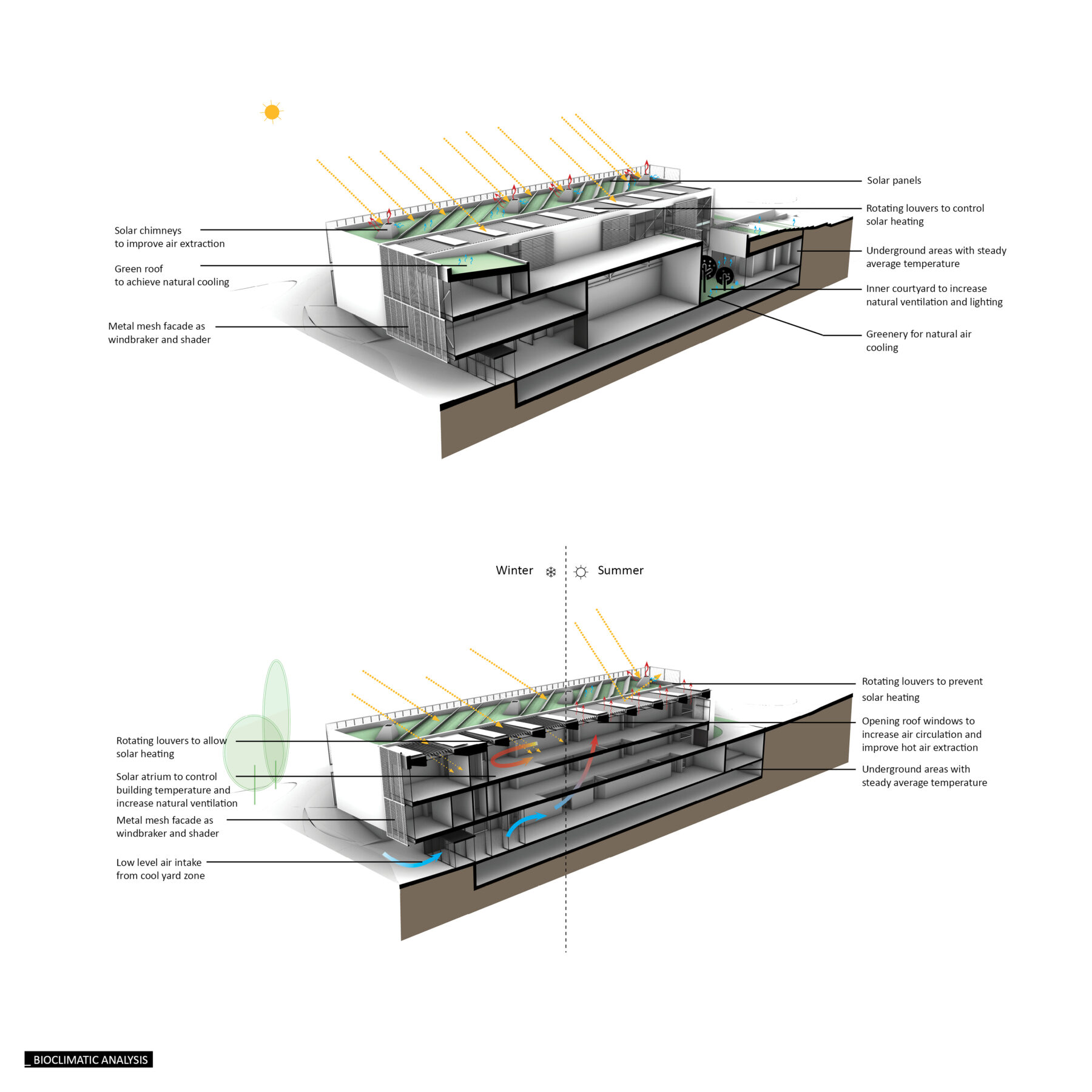 
Check out the winning proposals at the Open Architectural Ideas Competition for the D. Daskalopoulos Arts Building | Athens College, here!

by KATERINA MPIZIKIArchisearchhttps://www.archisearch.gr/wp-content/uploads/15-45-370x700.jpg
SHARE THIS PAGE
WITH YOUR FRIENDS