Designed by Mexican firm Francisco Pardo Arquitecto, the Villas Escondida are located 50 meters from the Pacific Ocean, on a cliff-top overlooking the bay of Puerto Escondido (“Hidden Port”), in Mexico integrating into the site thus emphasizing the architecture’s connection to its natural setting.

Renowned for its wild and endless beaches, the area is one of the most revered tourist attractions on the Oaxacan Coast, welcoming surfers from all over the world, and attracting a more low-key and eclectic clientele. Nestled in the vegetation, the project respects the environment by mirroring the slope of the site with its 20° to 40° incline, through a sequence of stepping, rotation and intermediate patios. A standard replicable pattern is established, enabling 180° views and plenty of natural light and ventilation in each unit, thanks to a complex and alternating layout that offers residents a unique experience.

“This housing arrangement naturally adapts to the existing topography. The villas seek to generate a harmonic symbiosis between architecture, the Pacific Ocean and the inhabitants, enhanced by extraordinary panoramic views of the surroundings”, asserts Francisco Pardo, founder of the studio.

The complex comprises of 16 residencies of 150 sqm plus the terrace, measuring 70 sqm on the lower level. Despite the high-density on site, the apartments, embedded into the hillside in various ways, feel more like villas than apartments. Each unit consists of two or three bedrooms, an open-plan living and dining room, and a private terrace – which frames the idyllic scenery and the sea-horizon, while guaranteeing maximum privacy through the extensive plants strategically placed around its perimeters. Each apartment has a small private swimming pool, and three types of common areas feature on the uppermost rooftops: to the East (the highest), a bar and rest area; in the center, the main swimming pool with a sundeck; and to the West, a smaller pool for children.

The apartments are accessed through a system of natural pathways and two gardens that replicate the natural slope of the terrain and stretch down to the sea. The ocean breeze, in synergy with the shade provided by cantilevered roofs and the cross ventilation generated by the terrace and the lateral walls, provides passive cooling options. Inside, the units offer a comfortable place to relax and take refuge from the sun. Natural-toned wood wraps the exquisitely tailored-made interiors, adding visual warmth and reinforcing the connection to the natural context.

Villas Escondida are entirely built with a simple structure of reinforced concrete, block walls, cement, sand and ribbed slabs. This system has permitted flexible construction and a solid structure, resistant to the characteristic earthquakes that affect the area. The main finishing details of the external facades and the interiors are made with Chukun, flattened with fine sand cement and the suggestive local “Macuil” wood.

Rather than trespassing on the landscape, this original project that slopes down toward the beach to catch the ocean’s breeze, is intended to integrate into the site blanketed with vegetation, emphasizing the architecture’s connection to its natural setting.

Architect with a Master’s Degree in architecture from Columbia University in New York. He was awarded with the young creators scholarship in 2001 and is a member of the Mexican National Creators System since 2010 by the Arts and Culture Ministry. In 2016, he founded Francisco Pardo Arquitecto practice in Mexico City. Formerly, in 2000, he founded with Julio Amezcua AT103, an architectural firm where they developed projects on different scales and received several awards. In 2008, the Ave Fenix Fire station earned them a silver medal in the Mexican Architecture Biennial and the first place in the Best Institutional Building category at the International Design Festival. In 2009, Pardo was awarded the title, “Emerging Voices” by the Architectural League of New York, the most important recognition for emerging firms that distinguishes new practices in North America. In two consecutive occasions, Pardo received the silver medal for “best housing building” at the Mexican Architecture Biennale and also won the Grand Jury Prize at the Pan American Biennial of Quito, Ecuador. In 2011, he won the 1st prize in the competition by invitation for the renovation of “Palacio de Lecumberri” a former prison that currently hosts the General Archive of the Nation. Pardo also received the 1st Price in Milan’s 2014 ArchMarathon for Havre 69.

His practice was named by London’s Wallpaper magazine as one of the World’s 50 hottest young architect practices and ranked by Icon magazine of London as one of the 50 design and architecture firms that are shaping the future. His work has been published and exhibited internationally; he has lectured at many institutions in countries such as China, Spain, USA, Italy, Germany, Venezuela, Brazil, Chile, Argentina, Colombia and Mexico – among others.

Francisco Pardo has redirected his efforts toward more local and more social architecture, understanding this discipline as a tool for social development of his country and the world. He’s currently working on the project San Juan Pugibet market in Mexico City, a rural school in Puebla, and social housing and various recycling projects in Mexico.

He has taught architecture in Iberoamericana University, where he coordinated the housing workshop for 4 years. He has been a Master’s Degree visiting professor at UPenn in Philadelphia and UC Berkeley in California, where he was named “Fridman Professorship” in 2010. Currently he teaches at the Southern California Institute of Architecture in Los Angeles (SciArc), where he coordinates the program SciArc-Mexico. 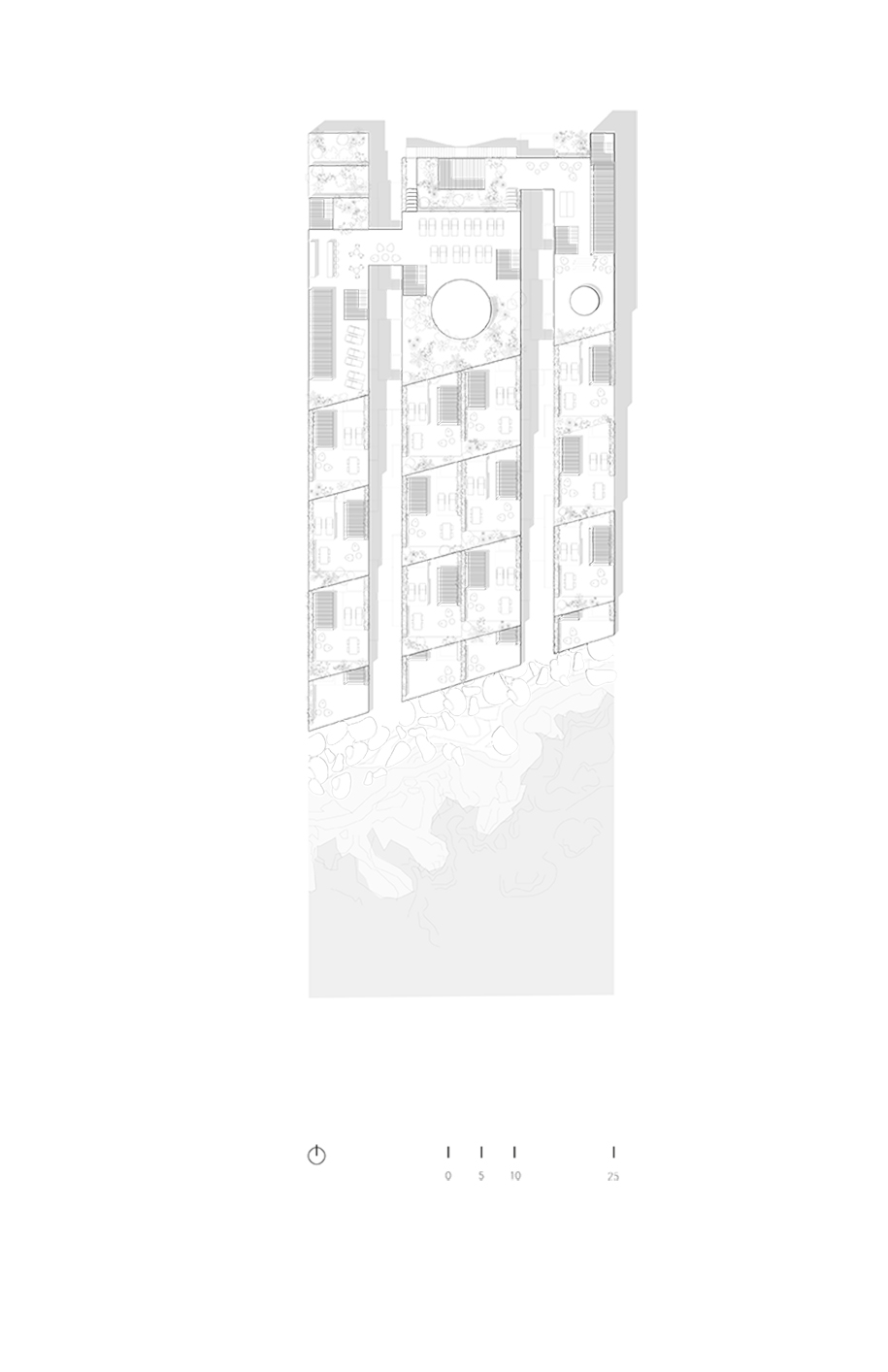 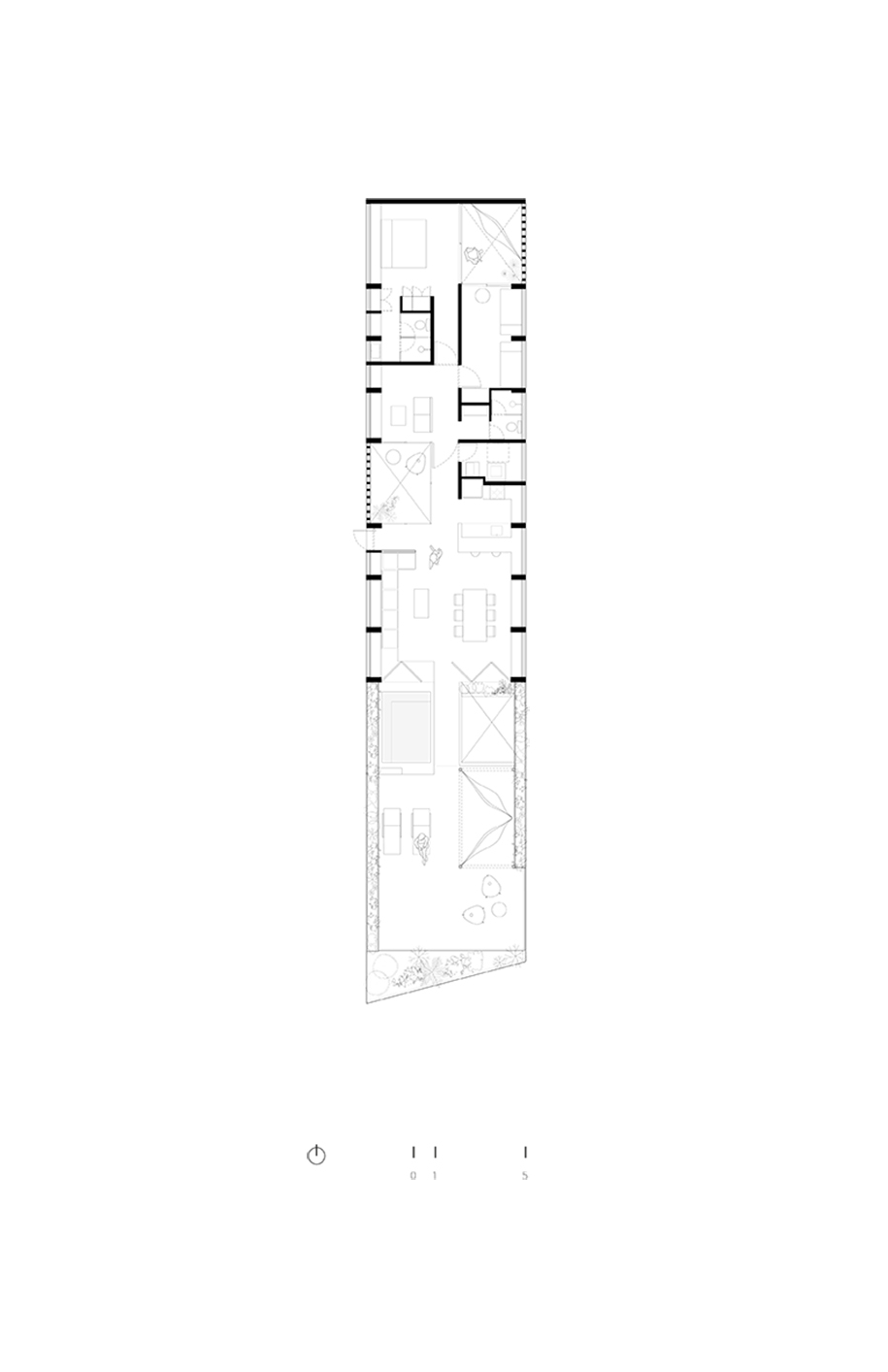 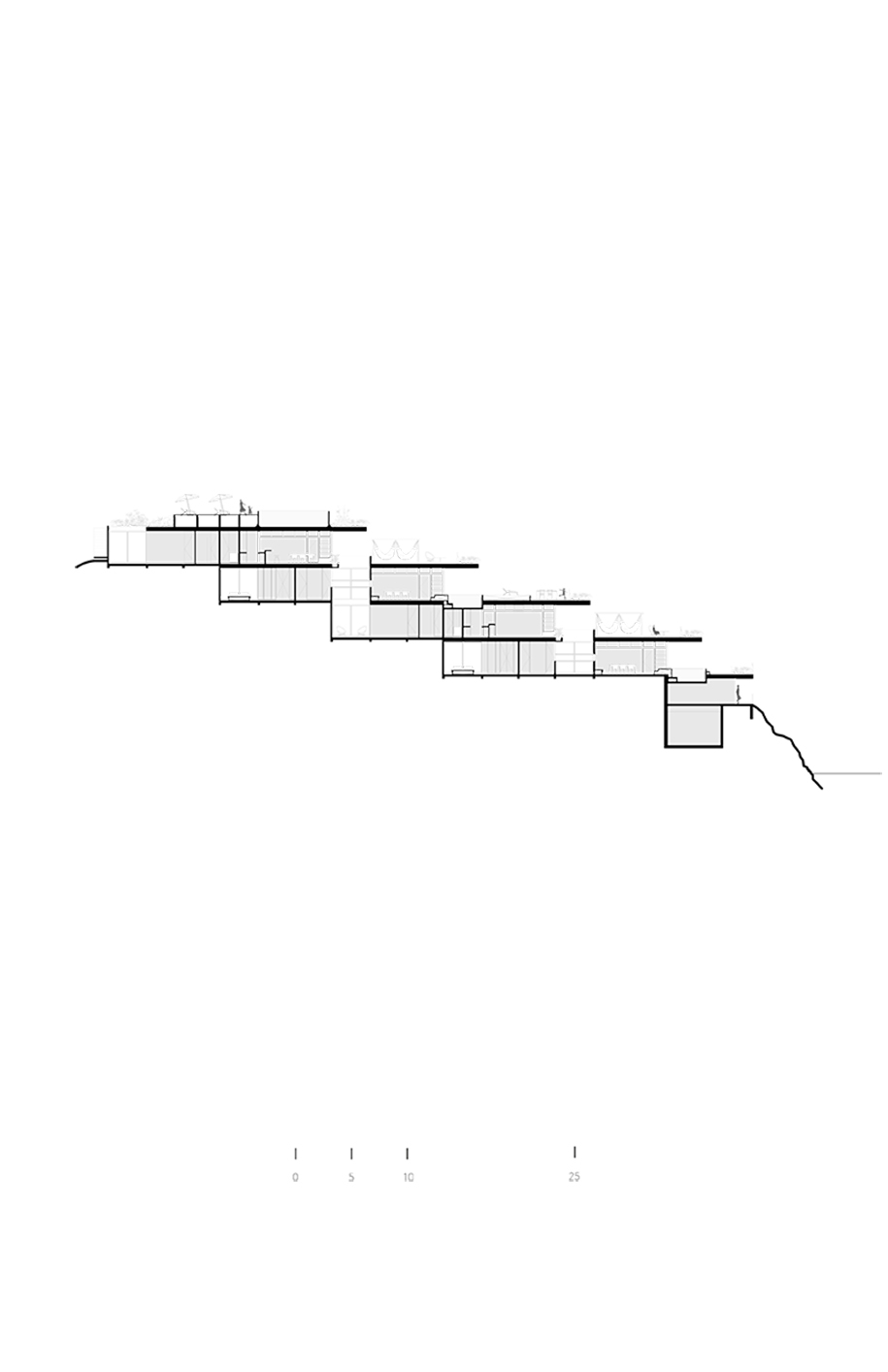 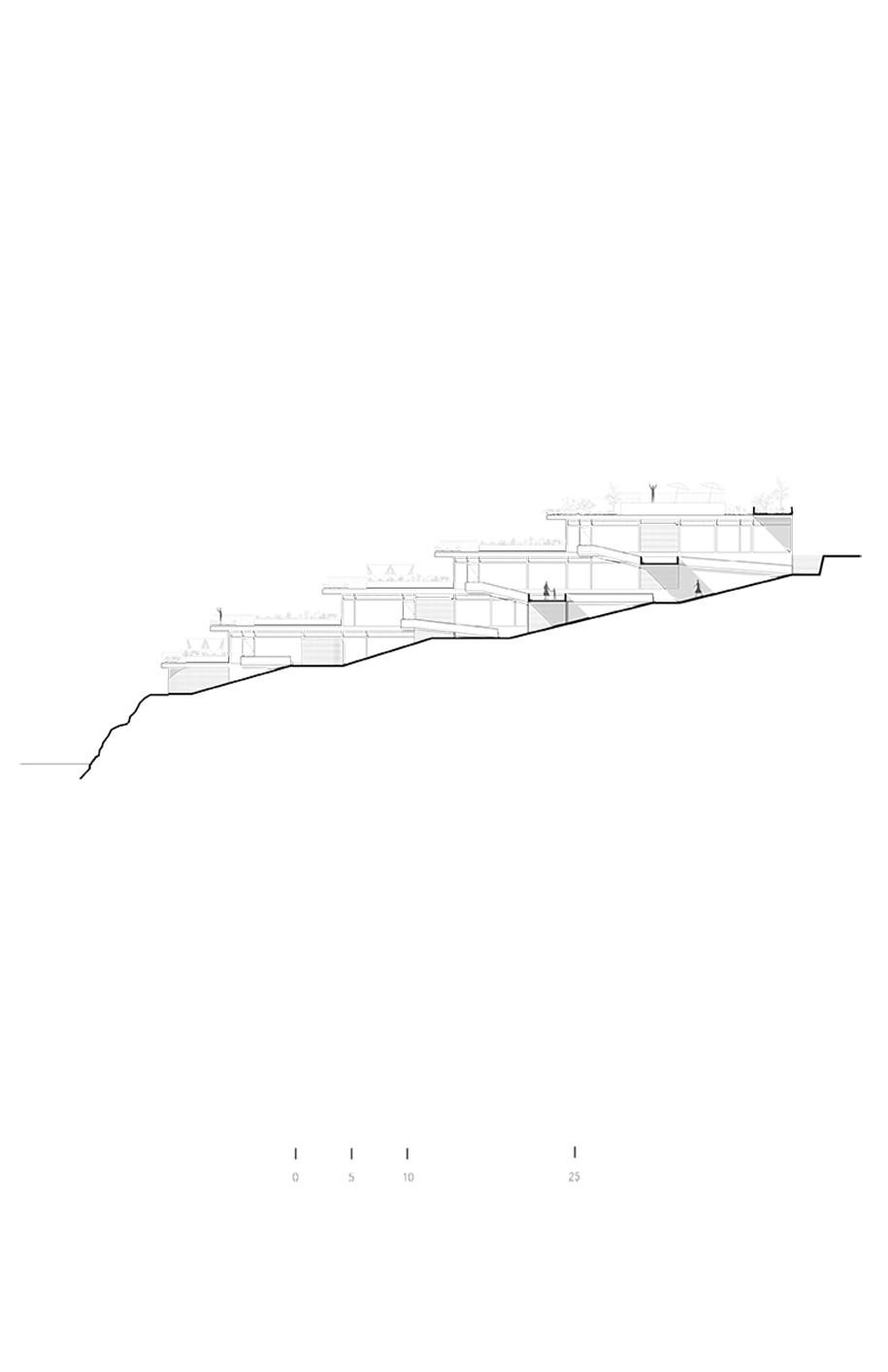