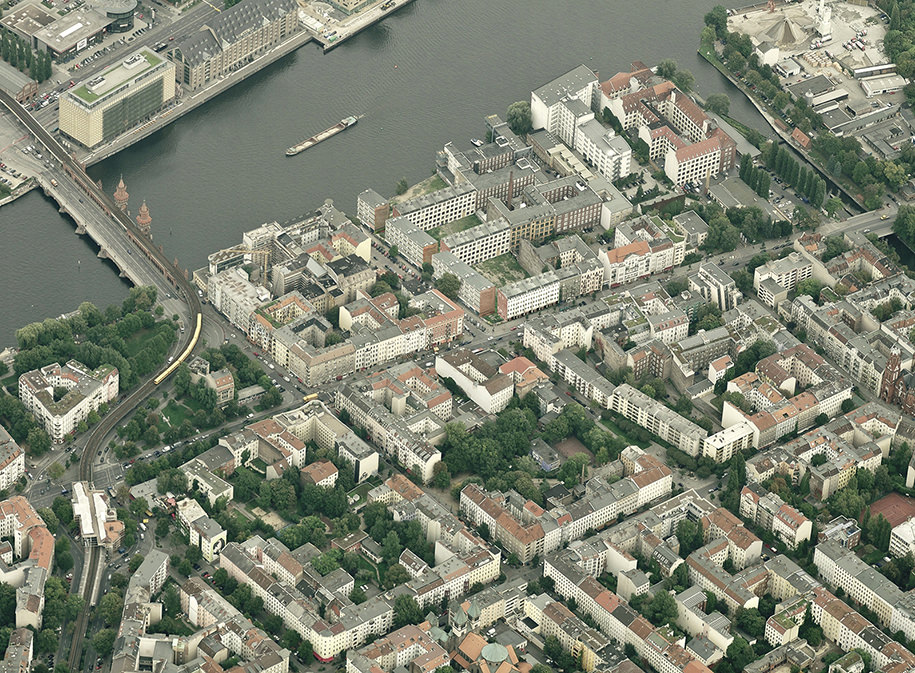 The proposal for “Berlin University Residences” is highly contextual, partially functional and stubbornly restrained in terms of design complexity. Most of the morphological characteristics are borrowed from the immediate surroundings, such as the width and the height of the proposed buildings. Apart from the three volumes that define the street leading to the canal, three more volumes are inserted perpendicular to the side wall, as extensions of the neighboring ones. The new buildings, almost touching on their edges, give shape to three public squares near the street, conceived as: entrances, new side walls or passages to the courtyards. 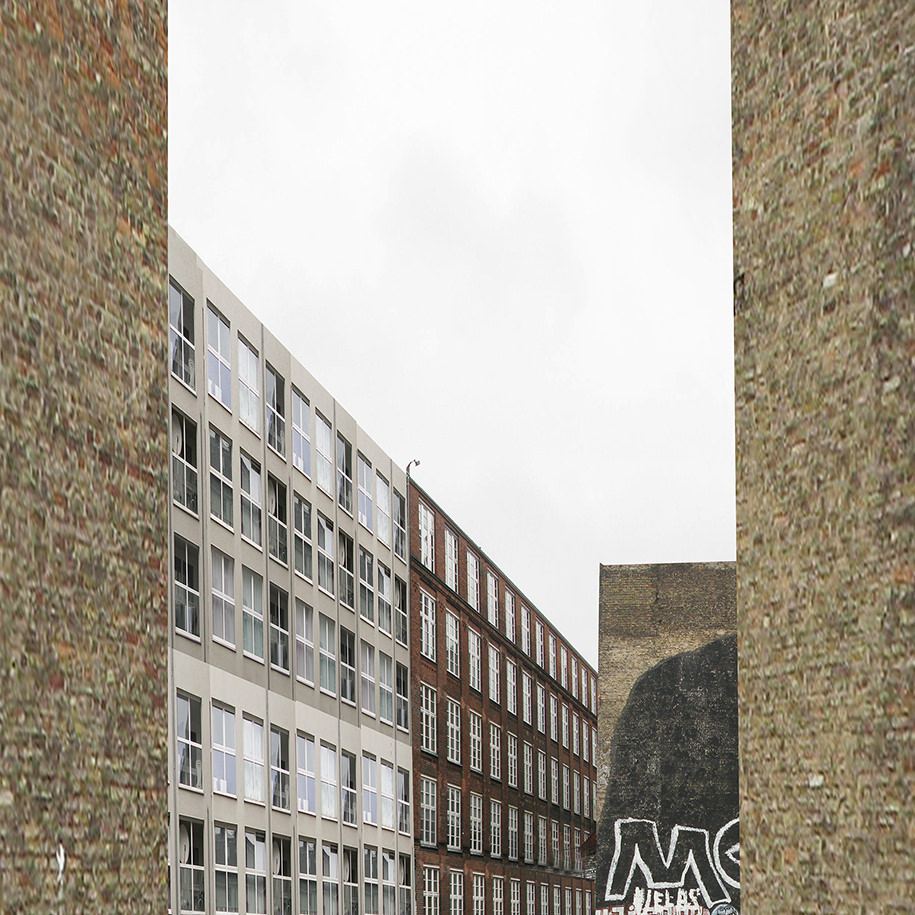 The typical single loaded corridor is widened in order to accommodate the common services. Different uses are dispersed among these linear spaces. On the ground level, these spaces are facing the street, interconnected with sheltered pathways through the courtyards. While the apartments, on the same level, are facing the courtyards giving access to private enclosed gardens. On the upper floors, the previous layout is inverted and the common areas are more introverted, providing a visual contact among them, while the apartments have their windows on the streets. 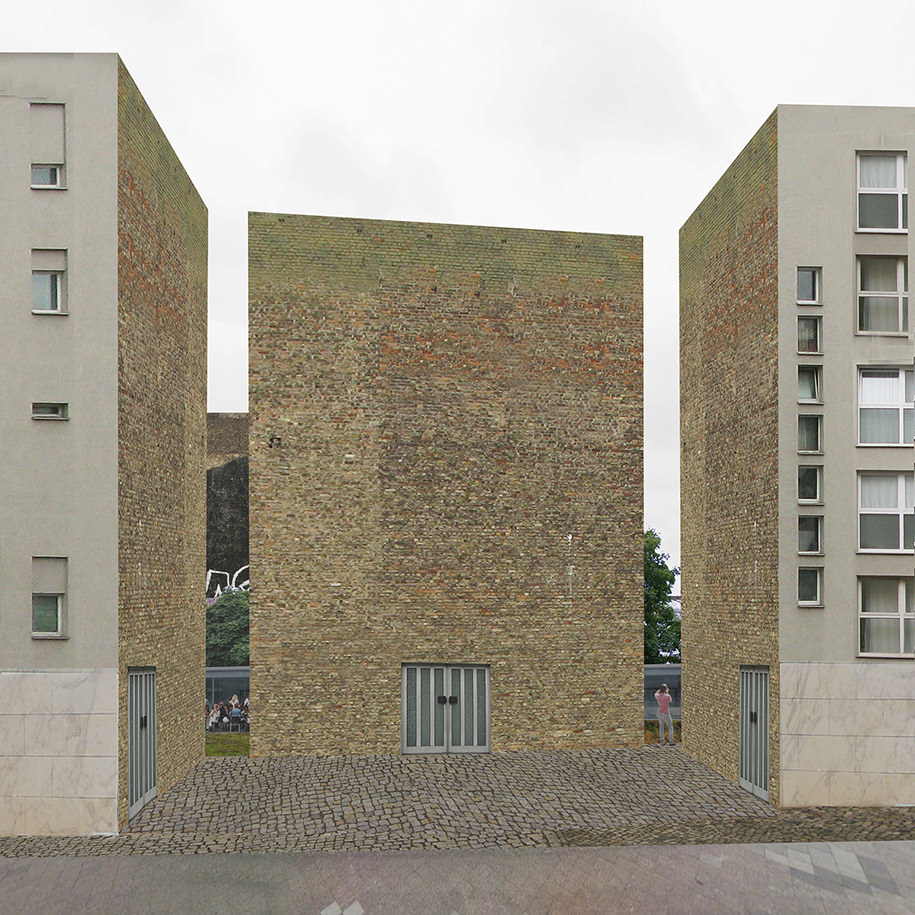 The overall volumetric approach and the layout of the common areas determine two different types of circulation within the block: one “from the street to the apartment” which is short and direct, and another one “from common area to common area” which is long and indirect. This stretched sense of time is essentially the architectural proposal for the communal life in this new “Berlin block”. 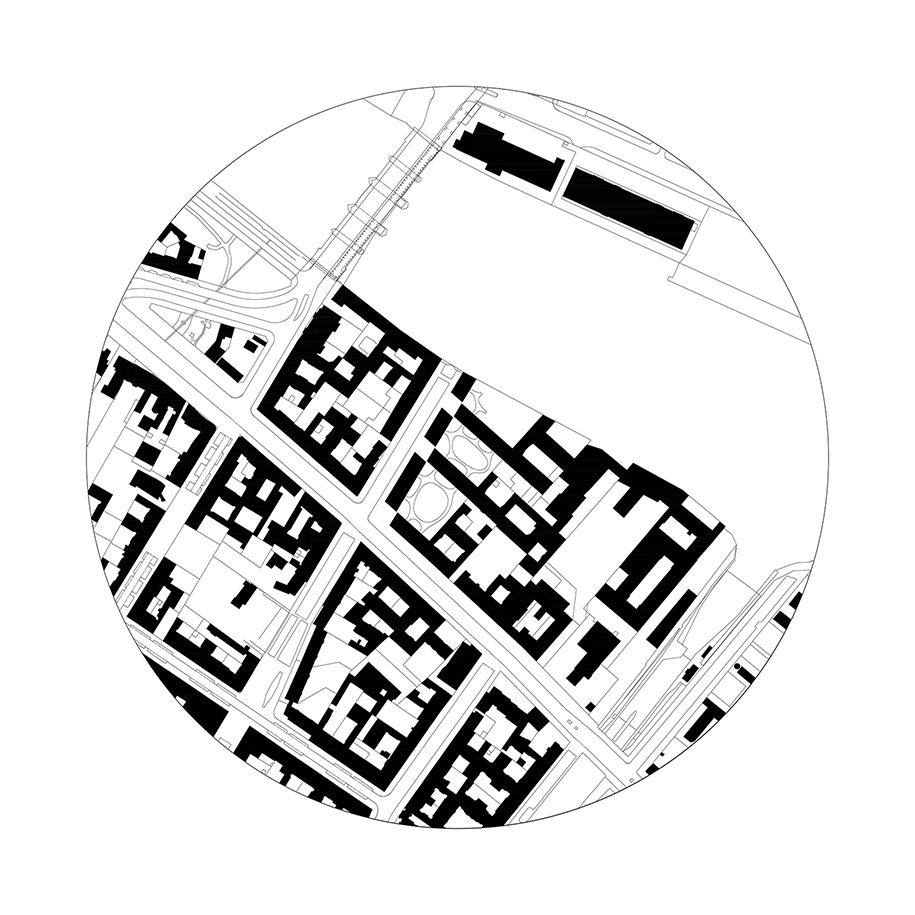 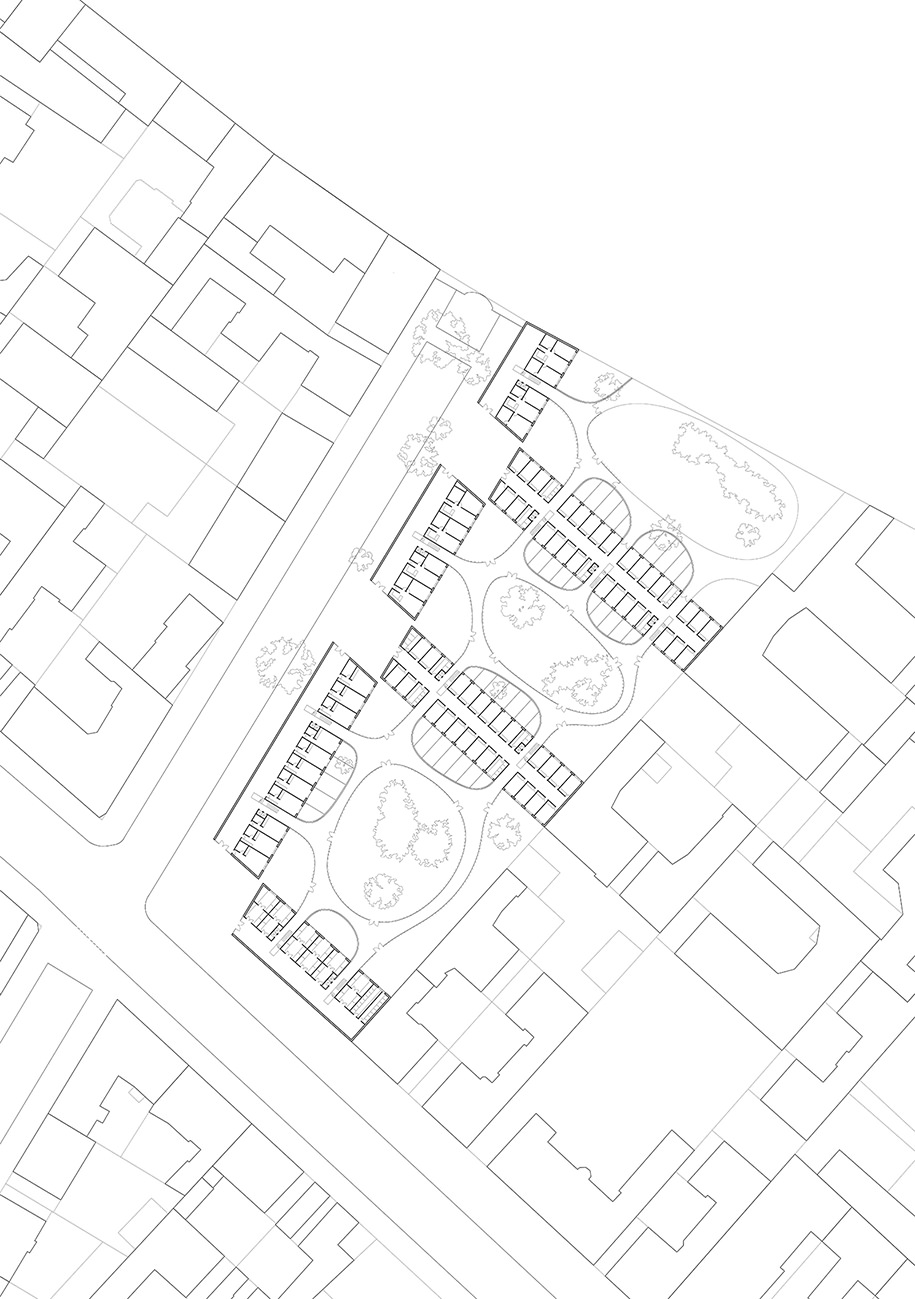 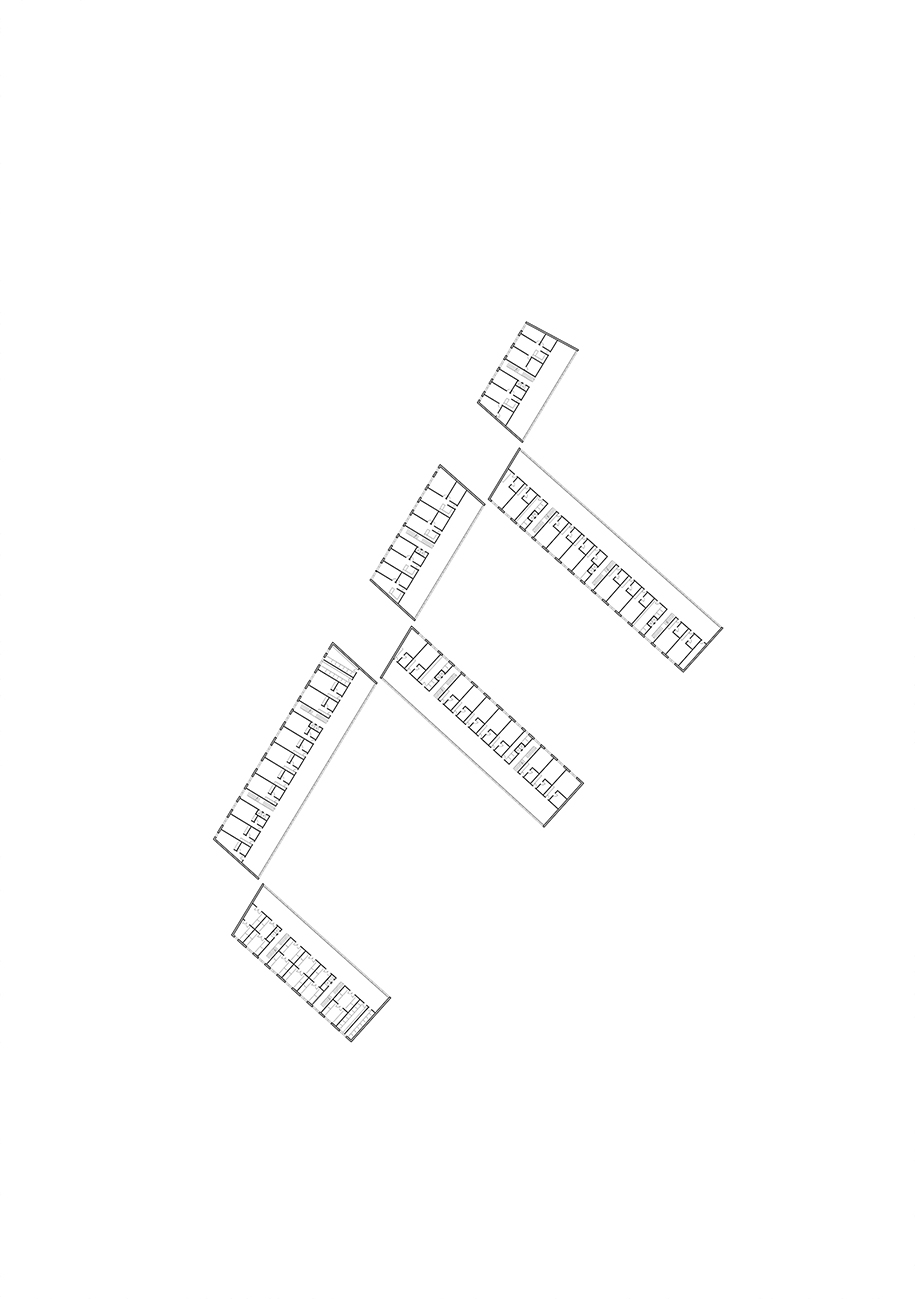 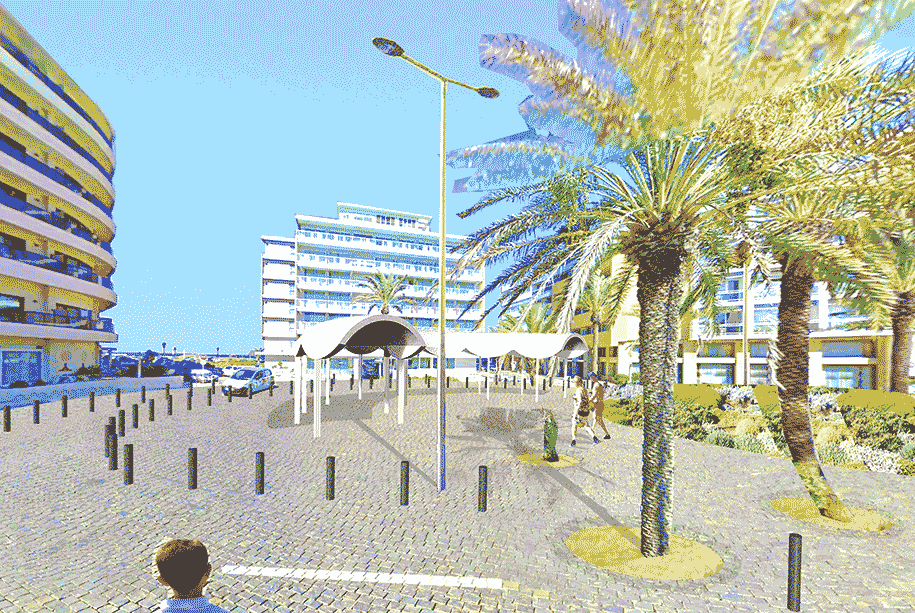 The “100 Hourmadies” area is washed by the sea. The two large beaches, east and west, are the most important element of the neighborhood. The majority of uses around the square are related to recreation and tourism. The multi-storey hotels and bathers who cross the area wearing their swimsuits, significantly change the perception of public space and call into question the notion of ‘urban square’. However, the layout of the palm trees and the shape of the square refer to historical examples of urban public spaces. 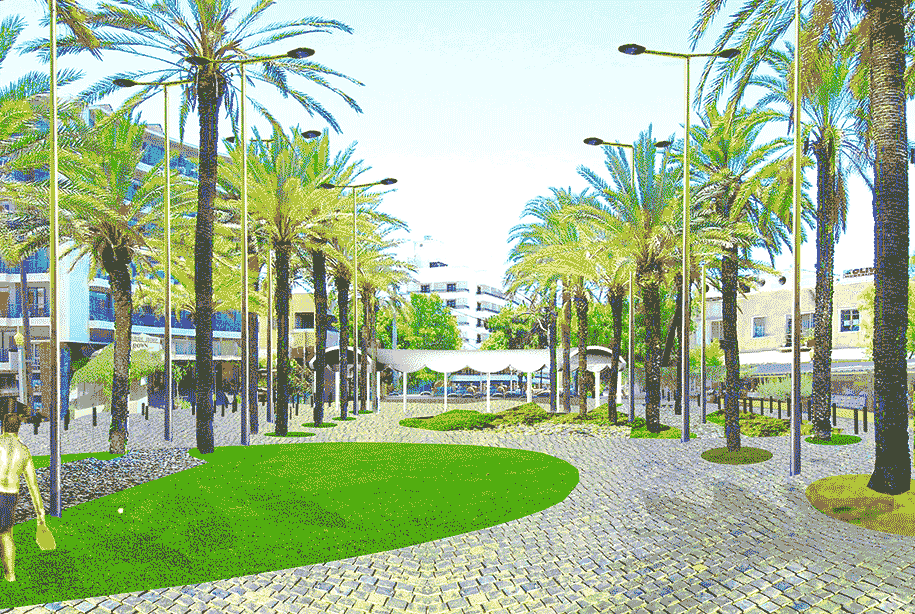 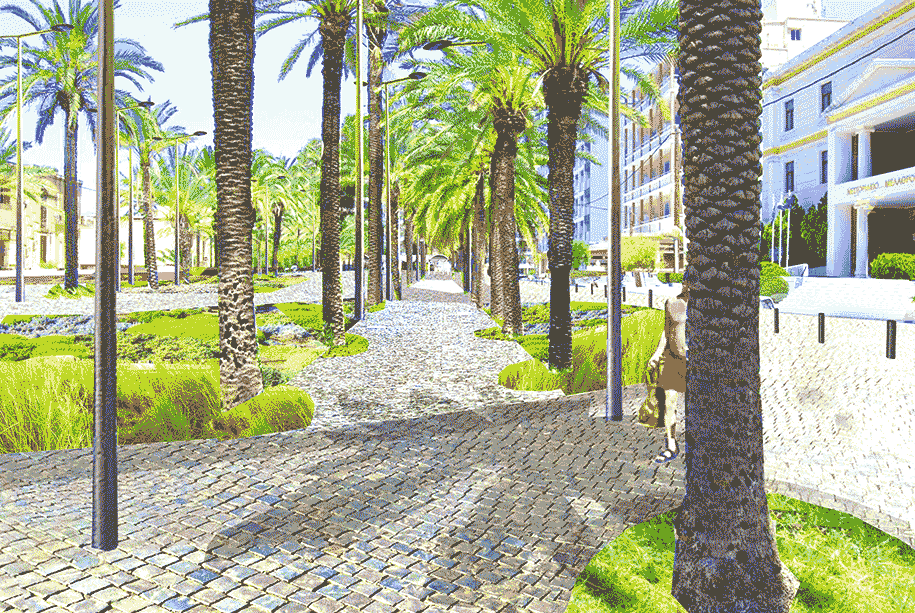 The monumental axis leads to the historic building of the aquarium, at the edge of a small garden. It is obvious that these two characteristics are quite contradictory. On the one hand, we confront seven rows of umbrellas on the beach, but on the other, a very intense perspective formed by the tree trunks on the square. Our proposal is based precisely on this contradiction. The aim is not to eliminate the contradiction in favor of one or the other characteristic, but to seek an ideal balance. 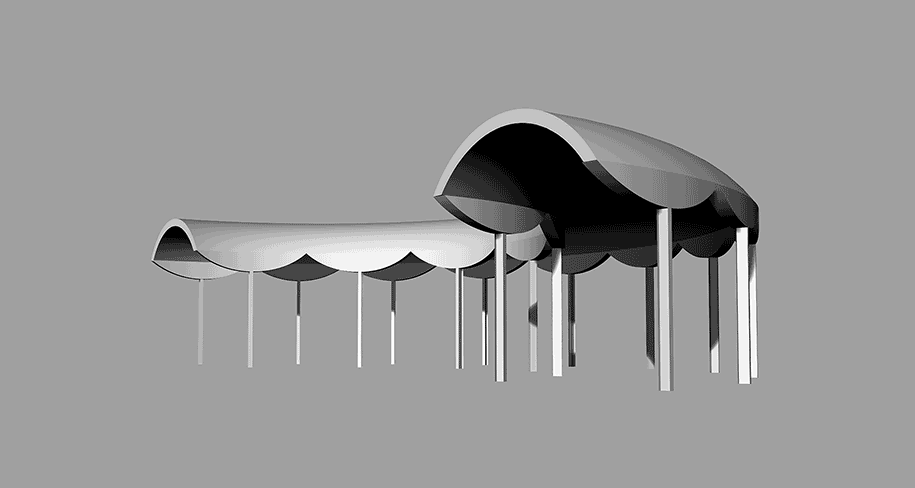 This equilibrium was explored by combining two different spatial elements with the two contradicting characteristics of the neighborhood: [x’, y’] The surface of the square is associated with the urban structure and the streets leading to the beaches, [z’] while the vertical elements, shelters and urban equipment reinforce the axis and the characteristic shape of the square. 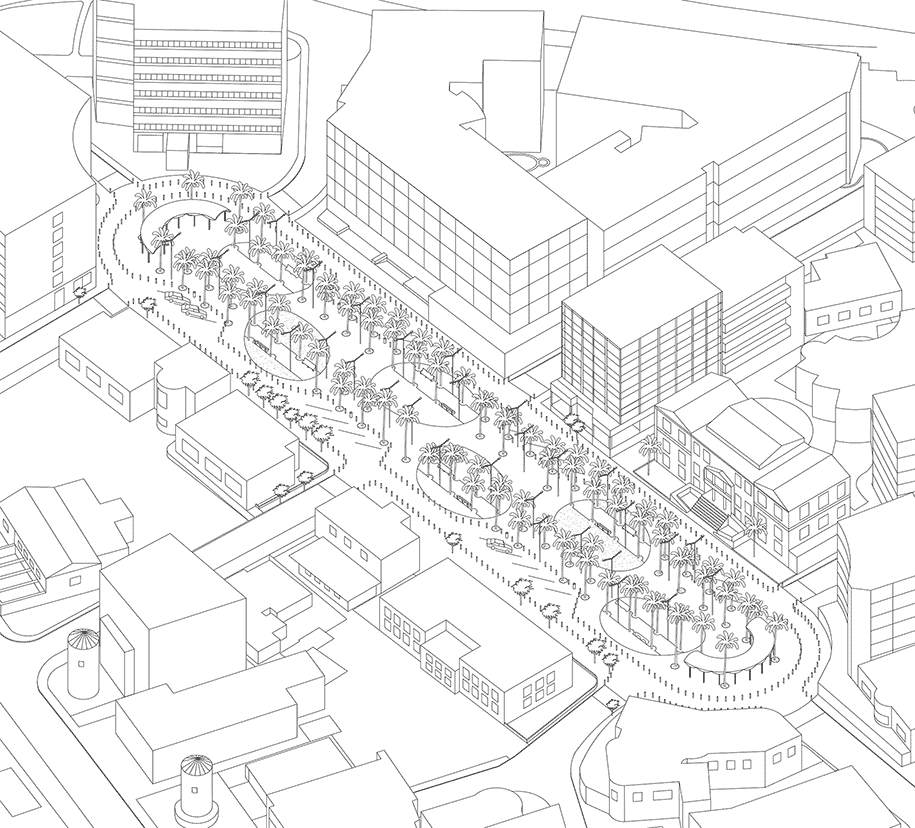 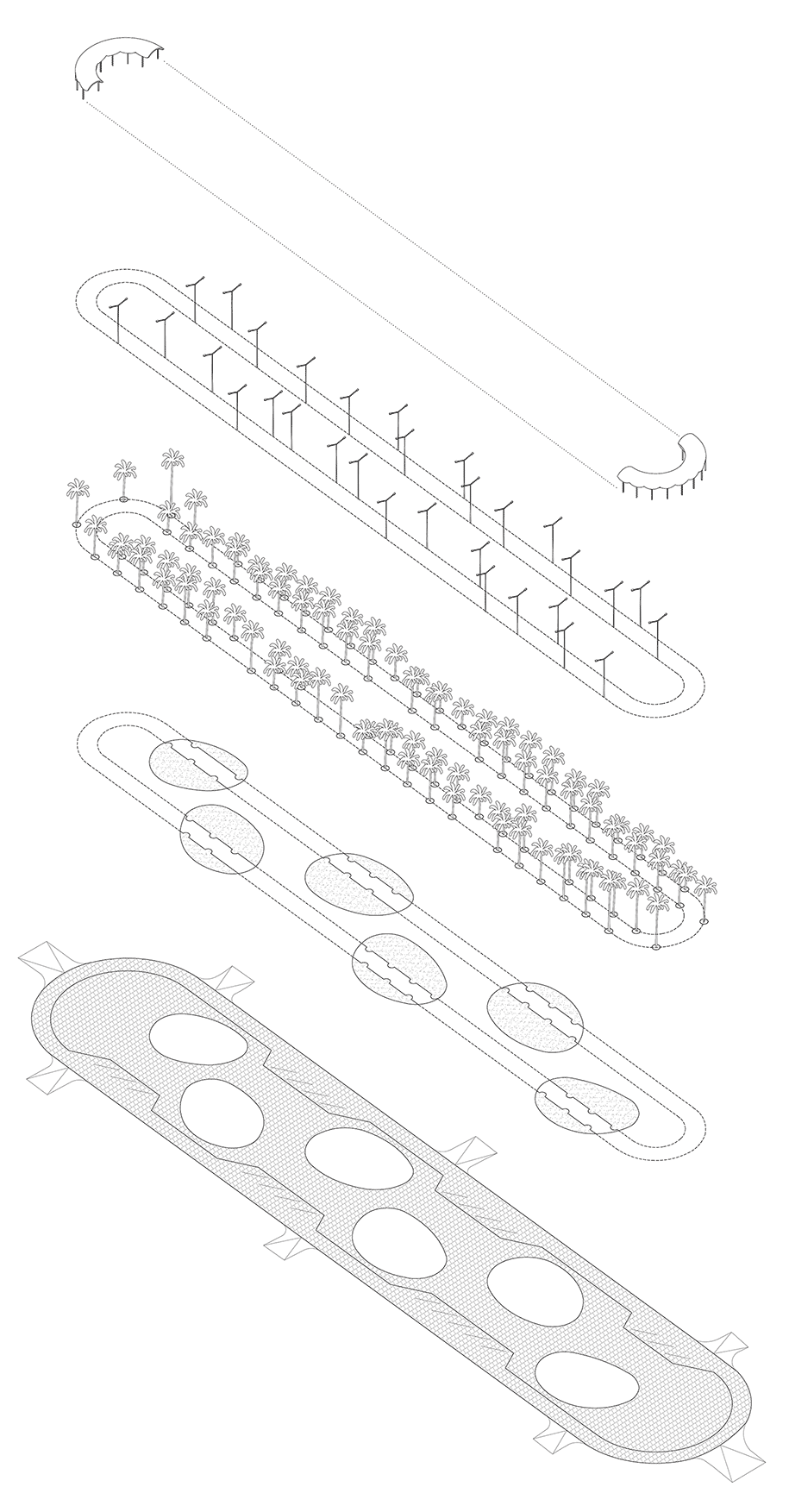 See the 1st, 2nd and 3rd Prize at the Charitou Square Competition on Archisearch.gr!

READ ALSO: Aggelos Chatzatoglou & Eleftherios Karydis Designed a Museum of modern history at the Isthmus of Corinth
SOURCE: All texts and images via THANASSIS MANIS
0 COMMENTS

by MELINA ARVANITI-POLLATOUArchisearchhttps://www.archisearch.gr/wp-content/uploads/Tagoo_Black_Hotel_Renovation_Mykonos_Mado_Samiou_Architecture_04-370x700.jpg
SHARE THIS PAGE
WITH YOUR FRIENDS