The municipal market complex and the corresponding piazza call for a meaningful and powerful connection between each other, as well as in relation to the surrounding city. The proposal seeks to restore a functional and formulate a geometric unity by sharply defining a clear square shape outlined by the building and the piazza: an elongated canopy continues the Papanastasiou street axis and stands across the Market to establish an intermediate functional space of programmatic and geometric simplicity, an Agora.

The stone flooring of the Market’s courtyard extends to the terraced piazza, while the necessary sets of steps follow the inherent rectangularity. It is the grounded footprint of the square, a simple gesture, that mitigates the overwhelming presence of the crowd’s temporal movement and grants a coherent and powerful layout to the composite: the present randomness of the site’s layout is negated, the functional continuity is restored and the modernist monumentality emerges. 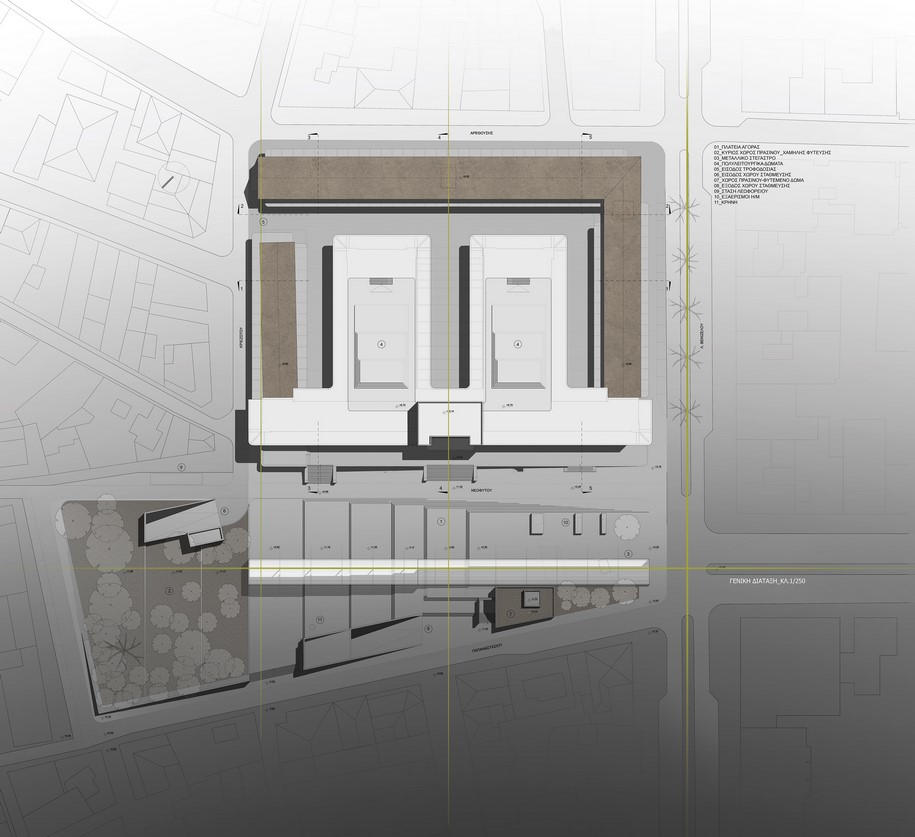 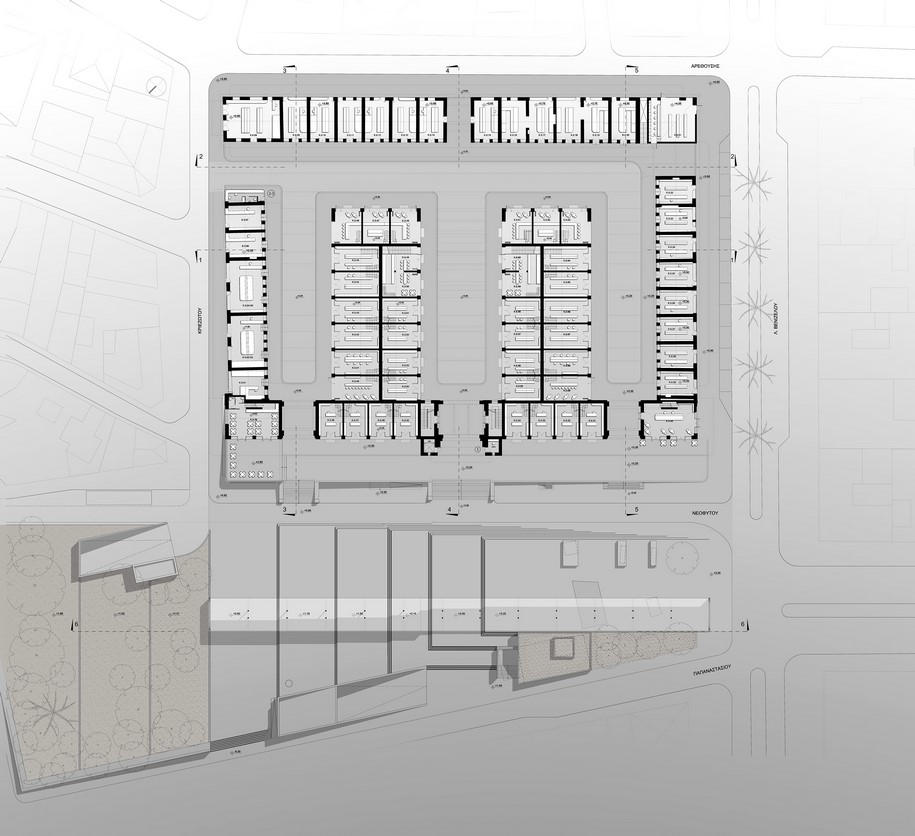 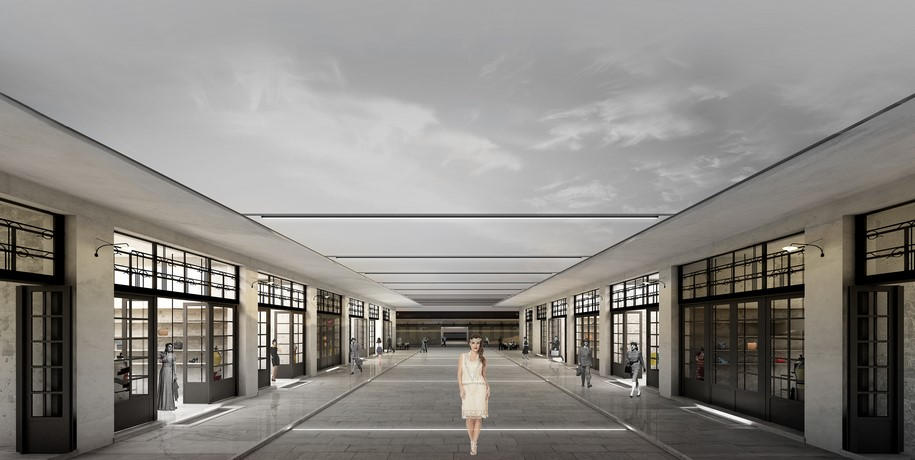 The canopy is essentially a gate to the Market complex, a lateral pass towards the three gates of its modern wing. Inbound, one realizes 6 design gestures, which relate to the management of the floor, the lighting, the 1st level terraces, the inclined roofs, the protective canopies, and the outer walls, respectively:

The ground level is a firm stone base through which public traffic is transferred effortlessly from the piazza to the Market and vice versa, while the terrace level promotes the geometry of the building’s footprint. The expected emphasis on detailing, finishing and coloring is critical; it is an essential part of the prevailing adaptive nature of the restoration. 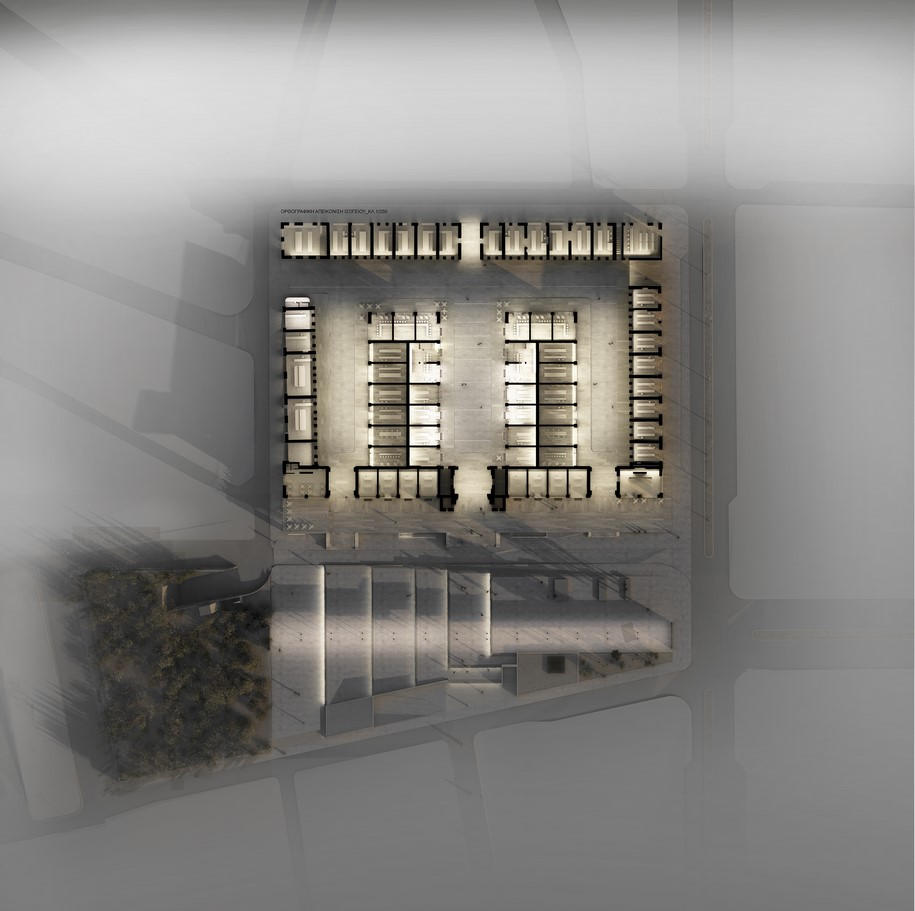 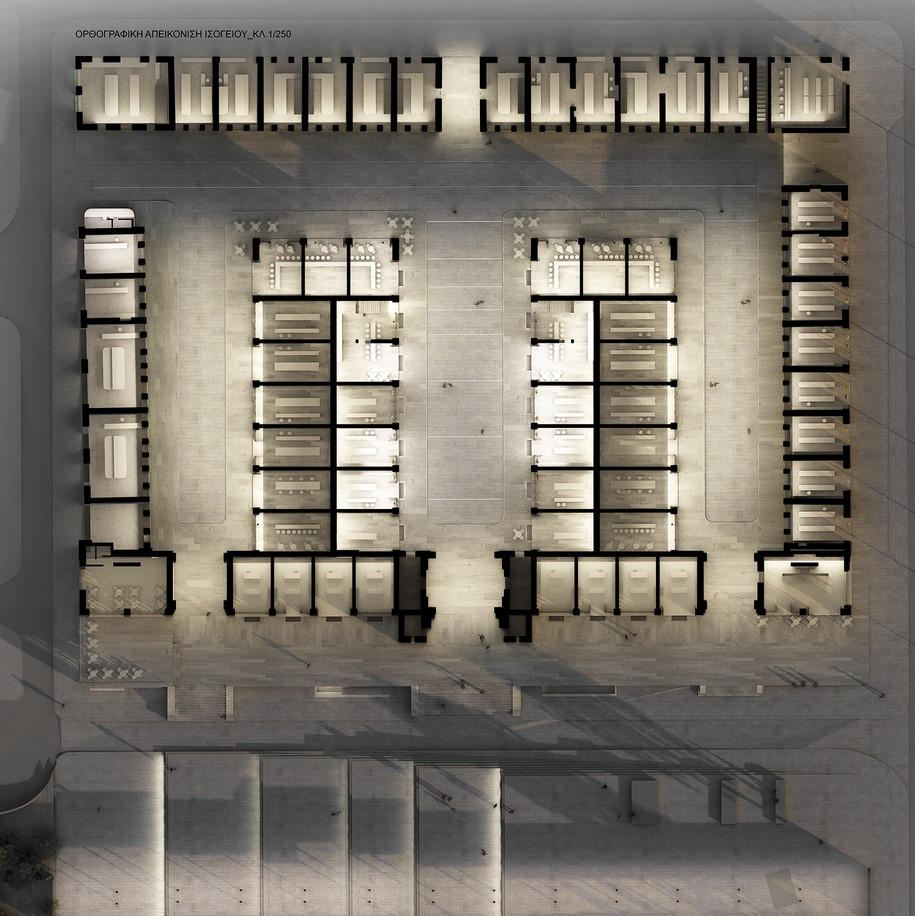 The most important challenge is nevertheless to highlight the inherent quality of the modernist Neophytou wing and the resulting relationship with the piazza in its front: if the present infrastructure and height discrepancies create a visual impression of aggravating optical noise, the new complex subordinates to the orthonormality of the Market compound and borrows from the dynamic and immaterial context of an era, when the technological sophistication remained in the service of a functional and inspired design. 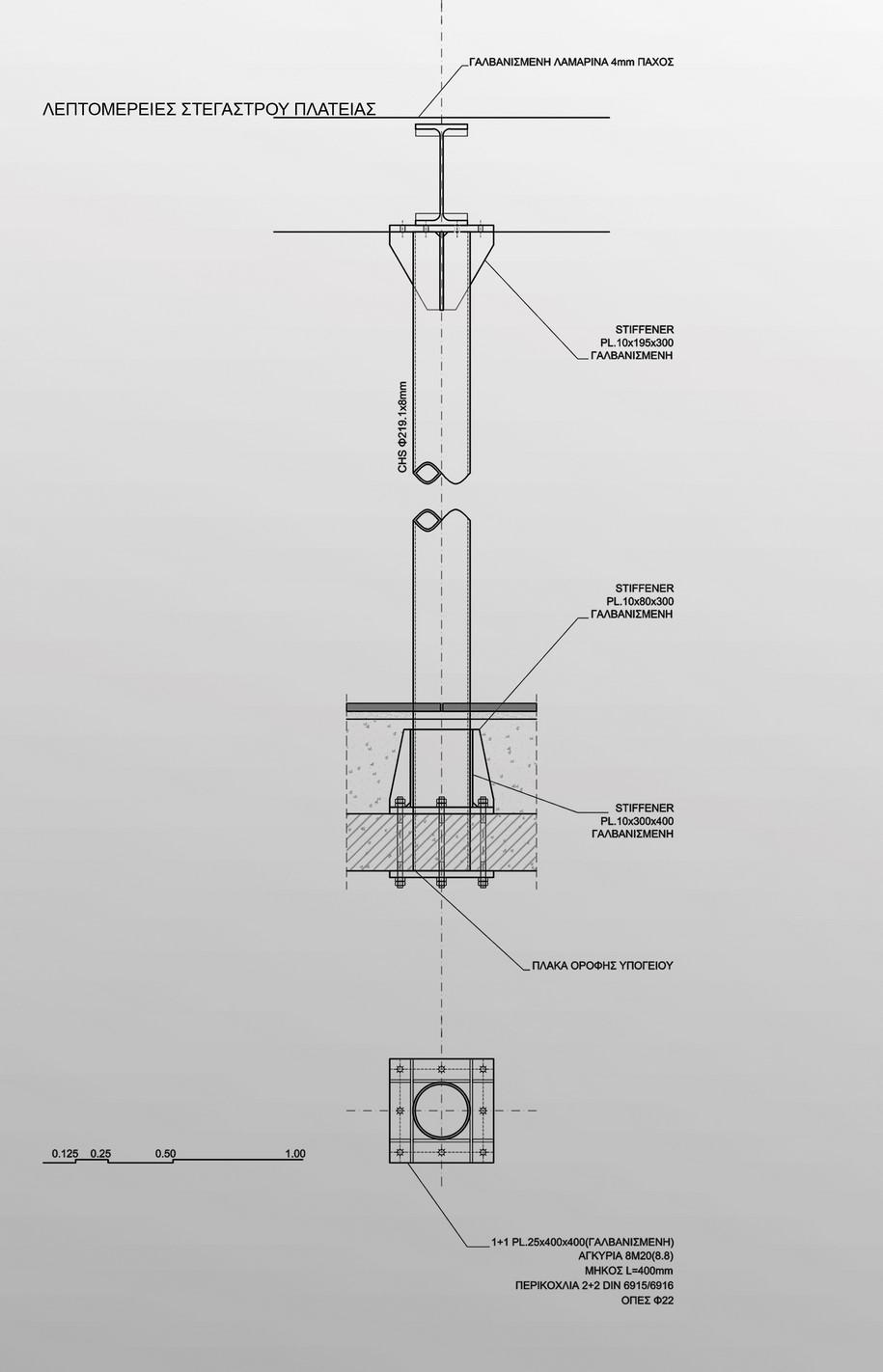