“We cannot remain detached from the history of Camp Joffre through a discourse that is indifferent to the human drama that unfolded on this very site. “

The Rivesaltes Memorial, designed by Rudy Ricciotti and Passelac & Roques architects in Rivesaltes,  is silent and ponderous.
It is there to take the hits instead of others. For absentees. It must be something that embodies the responsibility of the memory.

The Rivesaltes Memorial lies in the earth, squarely facing block F, with a calm and silent determination, untouchable, angled towards the sky.

At once buried in, and emerging from the earth, the memorial appears on the surface of the natural landscape as one enters the camp, and stretches to the eastern extremity of the former meeting place, to a height that is level with the roofs of the existing bunkhouses.

This arrangement or co-visibility does not hinder a reading of the features of block F. The effects of erosion over time are noticeable in some of the buildings, thereby marking erasure and absence, questioning the visitor memory or oblivion.

The Rivesaltes Memorial, compressed between earth and sky, between past and memory, is located exactly in the present and the life itself.
In this desert environment, a few dozen metres away, it no longer exists.

The Rivesaltes Memorial formal violence demonstrates the impossibility of forgetting. Excavation and petrification of an erased memory.

The concrete integral construction is the only structural scripture. The memorial is represented by an ochrecolored concrete monolith casted in place.

The massiveness of the material was achieved by a technology allowing to avoid the formwork holes.

The memorial is reached by the indirect pathway via a ramp that is partially buried in the ground.
This tunnel ends abruptly: the visitor finds himself facing a block that is 240 metres long.

The memorial offers no view of the exterior, except for the sky.

Three patios structure the organization of the learning labs, social area and offices, all the while providing a certain sense of comfort. 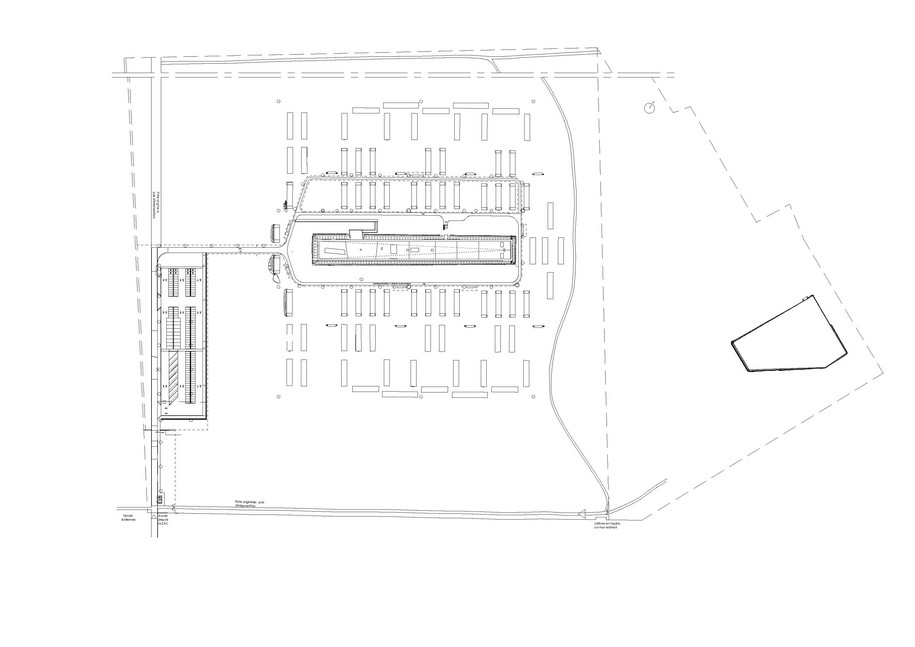 Have a look at MuCEM Mediterranean Museum in Marseille designed by Rudy Ricciotti here !