Inserted in the historic area of Miragaia, the project comprises the rehabilitation of a vacant property built in several stages since the end of the 19th century. OODA architecture office designed its transformation into a residential building that maintains the original architectural features adapted to a contemporary housing reality. 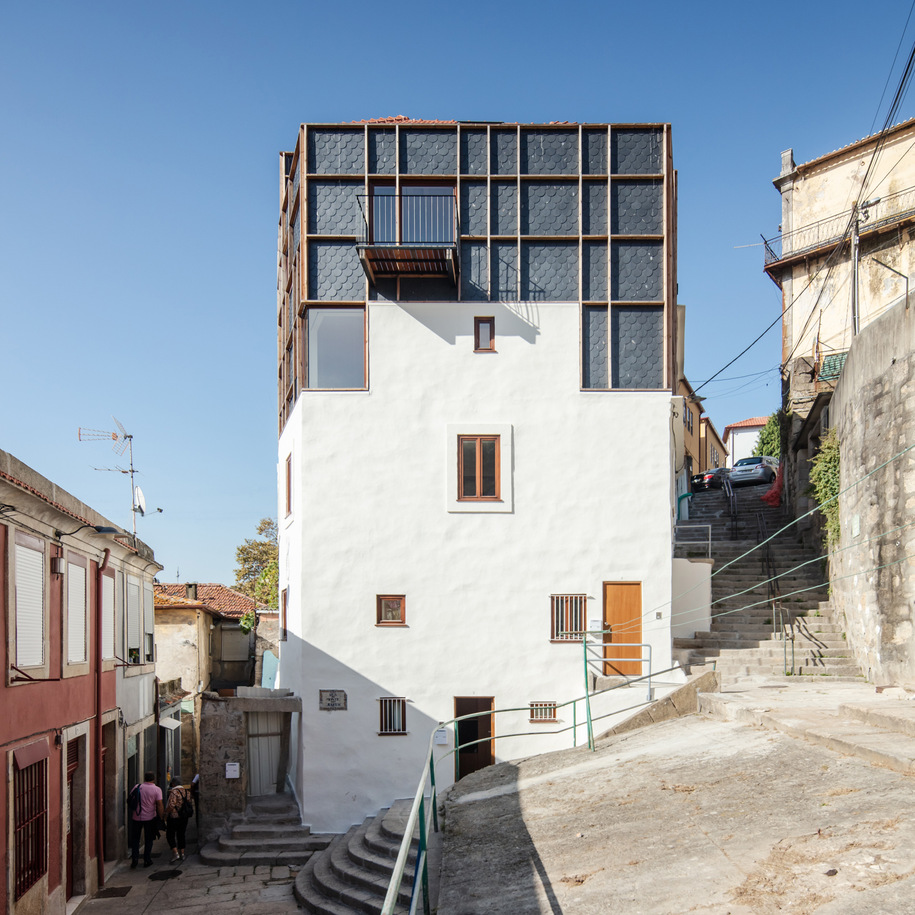 The geometrical form of the building clearly identifies with the Hebrew ancestry and the Jewish culture of Porto, associated with the Jewish settlement in Monchique which includes a synagogue and a cemetery for Jewish people, evident in the toponymy of the street that surrounds it – Rua Monte dos Judeus. 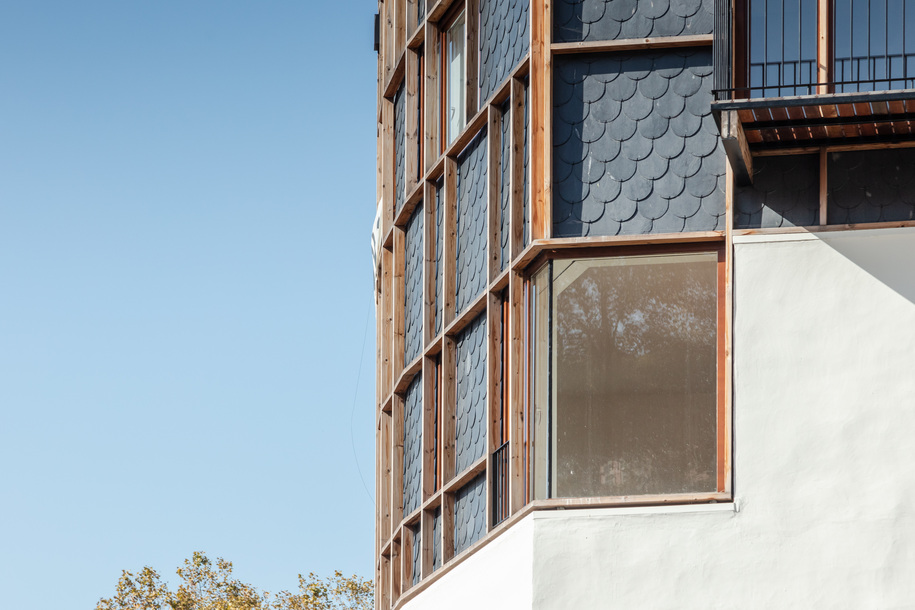 The naturally steep slopes lead to a staggering settlement which testifies to the additions of the two primal geometrical forms. The idea clearly distinguishes the different periods assembled in the facades, between the inherited buildings and the later additions without any misgivings regarding the reconciliation and compatibility of the new with the original where the new interprets and respects the traditional typological and tectonic values of the old building, preserving formal and material languages. 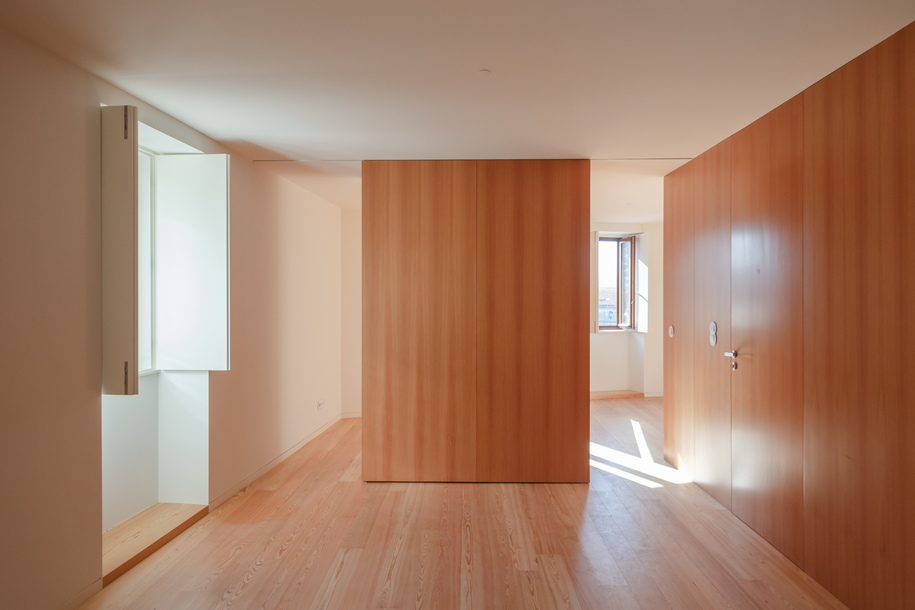 Generically destined for use as residential, the project balances the changes in levels and their impact on the different urban facades. In the original building, a wooden construction topped the stone masonry structure. In the new intervention, a light aluminium volume similar to the preexisting one was added, with a scale-like facade and a distinct design that responds to the intended function and to the uniformization of the urban set, modernizing it with traditional construction themes, in which it stands out and assumes a distinct character. 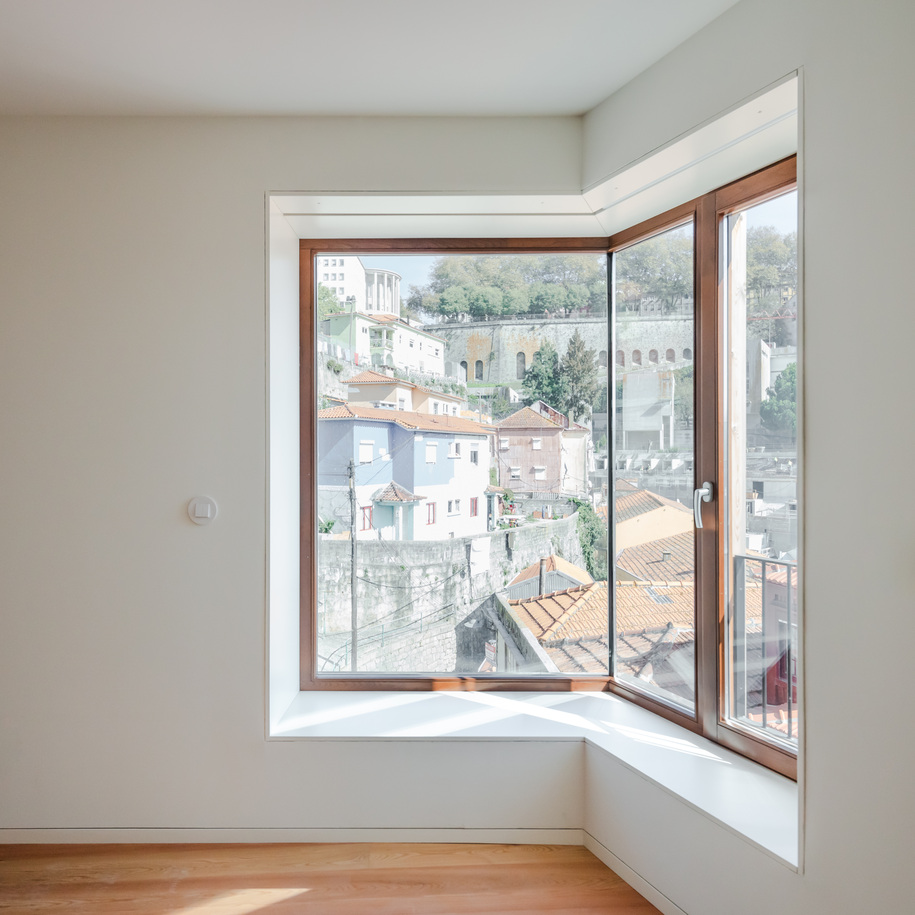 The existing structural walls in stone are rehabilitated, thus maintaining the configuration of an original lot of the buildings, with wooden frames and double glazing. The access doors to the different dwellings are also made of wood. The composition of the space is expressed in vertical sections which evolved and were created over time.

The dwellings are designed as open, multifunctional, and flexible.

By fixing the means of circulation and rationalizing the distribution of the space, these small apartments become profitable with excellent ventilation, lighting and privileged views of the Douro River. The vertical accesses, which currently distribute part of the existing construction, are characterized by a public staircase that surrounds the entire building and provides access to various points. The balconies have an exceptional character, as is common in this part of the city. 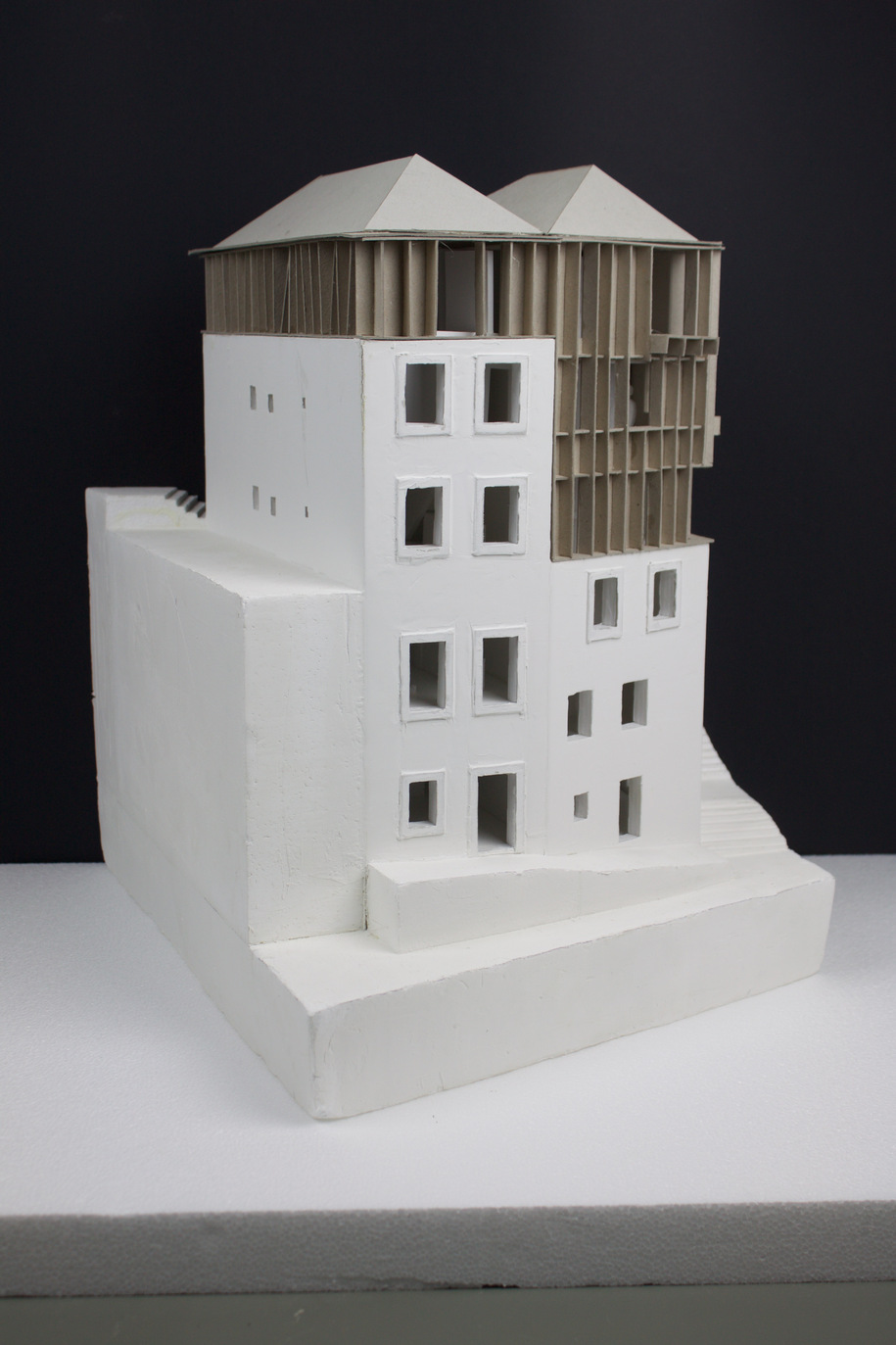