Desypri & Misiaris Architecture  designed a residential complex in Mani, drawing inspiration from the traditional residential forms of the area called ‘Ksemonia’, thus creating two modern tower-houses in close connection with the surrounding natural landscape while, also, providing a modern interpretation of the typology. 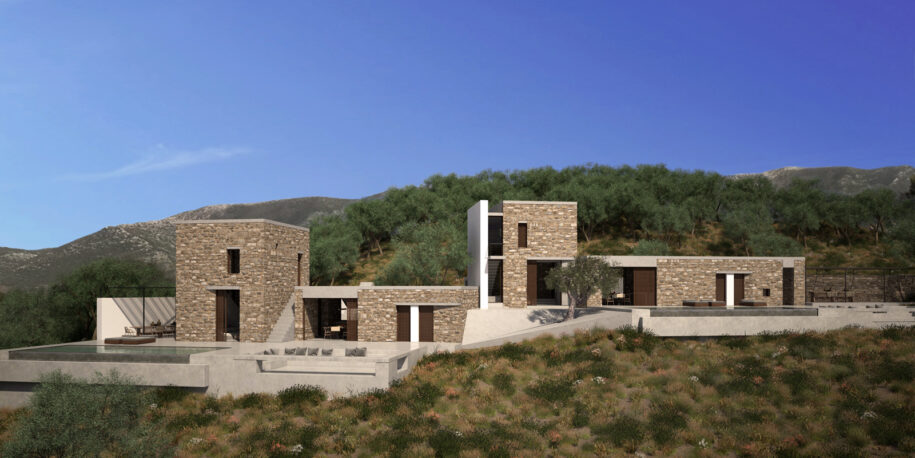 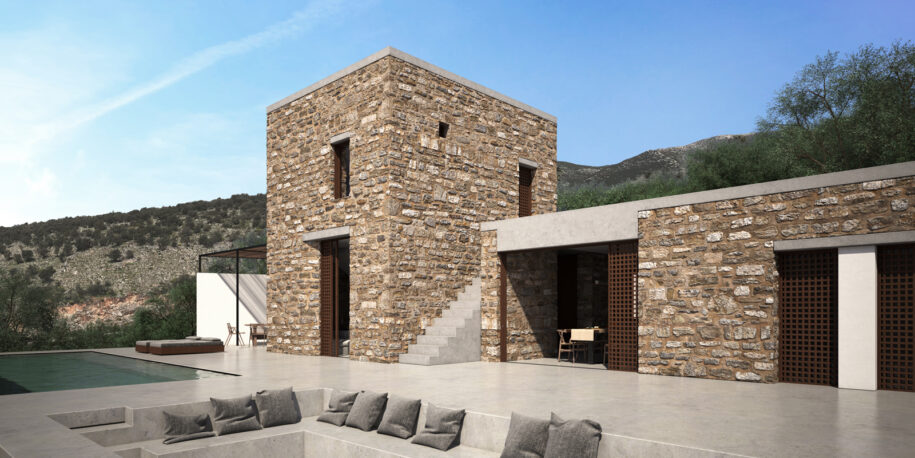 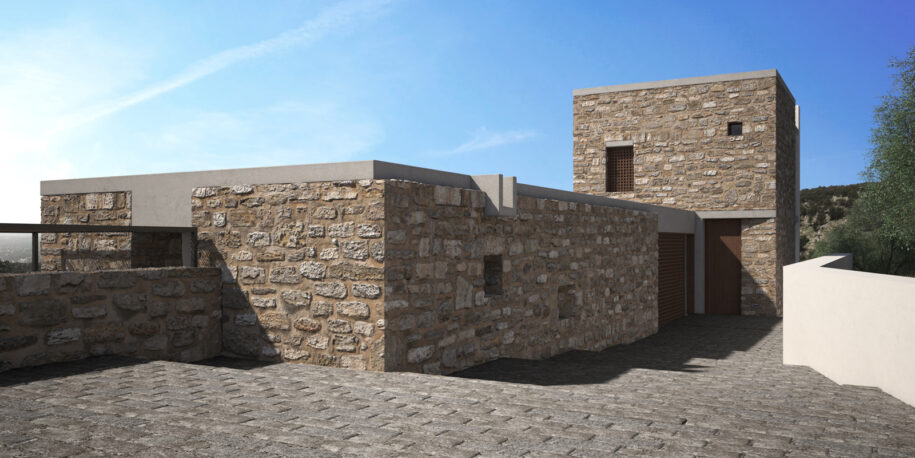 “Stone everywhere. Stone in the cobbled streets, the tower houses and the churches. An enormous stone is the entire Mani, which you need three lives to see. One for the mountains, one for the sea and one for the people”. Anonymous traveler in Mani. 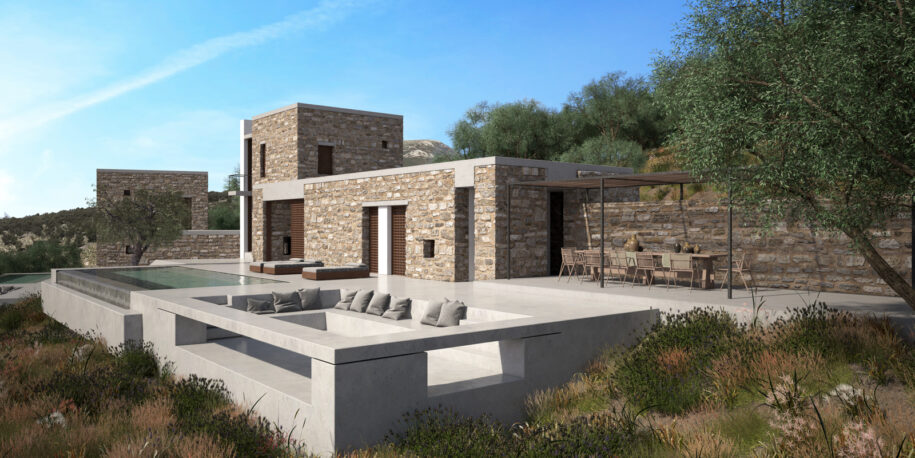 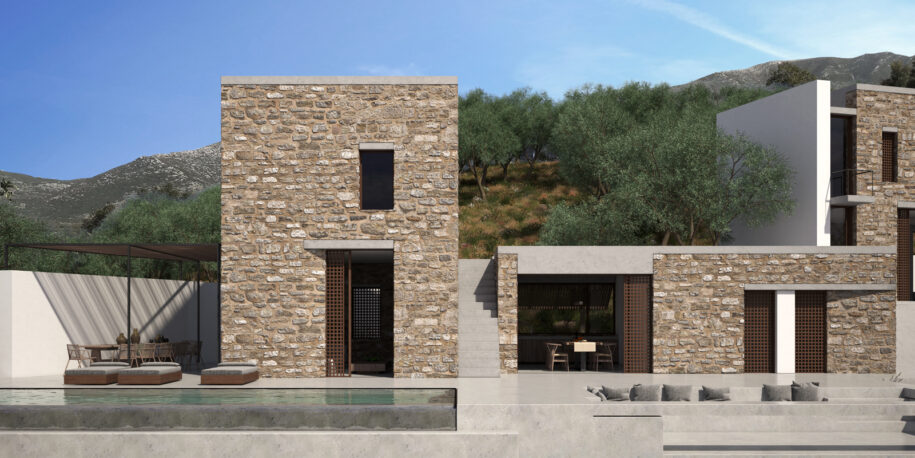 TWO LONELY TOWERS IN THE LANDSCAPE

The main ‘idea’ behind the project was to acknowledge and find inspiration in a special feature of Mani’s residential forms – the ‘Ksemonia’.

These were isolated towers or small residential complexes in the rugged landscape of Mani, operating as shelters or observation points. From afar, these stone-built towers appear as just one more element of the land, like monolithic outbursts from the soil, yet their very existence records the imprint of the turbulent life of the traditional Mani on this remarkable landscape. 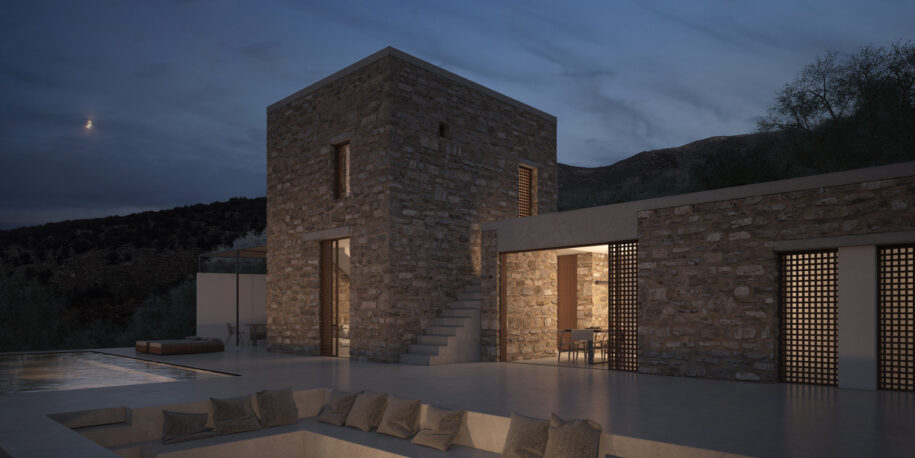 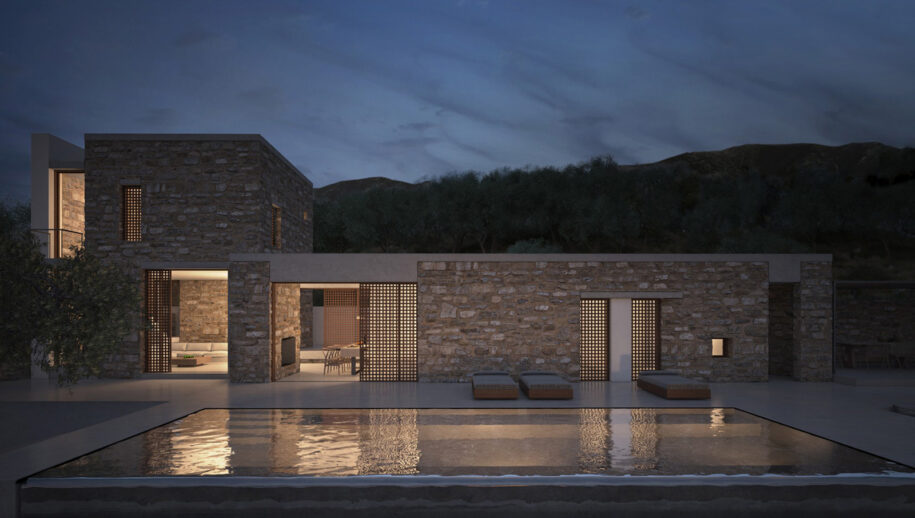 The residential complex, consisting of two stone houses, is organized around two towers, placed in the plot so as to also allow a dynamic arrangement of the outdoor spaces and the entrances to the houses, and to define additional spaces such as the parking areas. 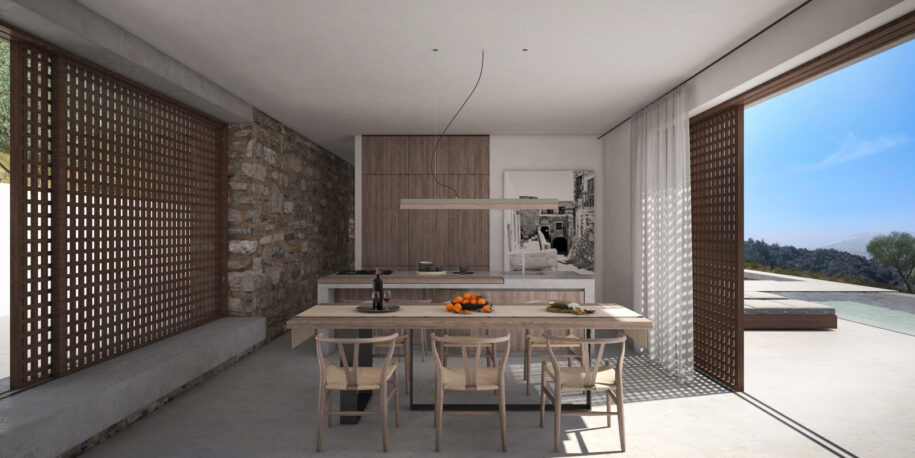 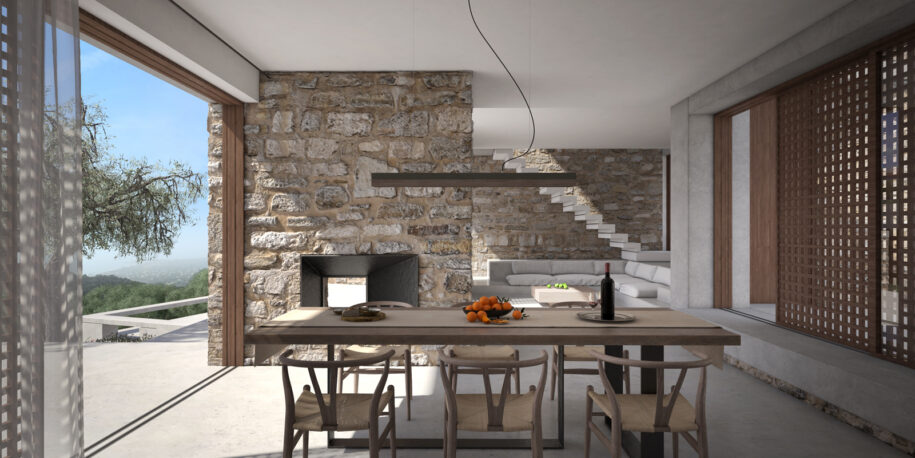 The modern tower-houses are designed to be in close connection with the natural landscape – just as is the case with the traditional Mani architecture, which became an integral part of the place that gave birth to it. 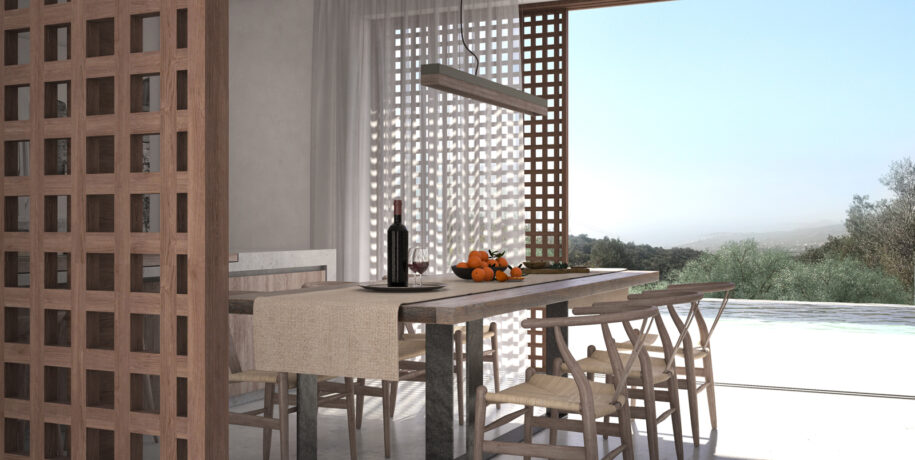 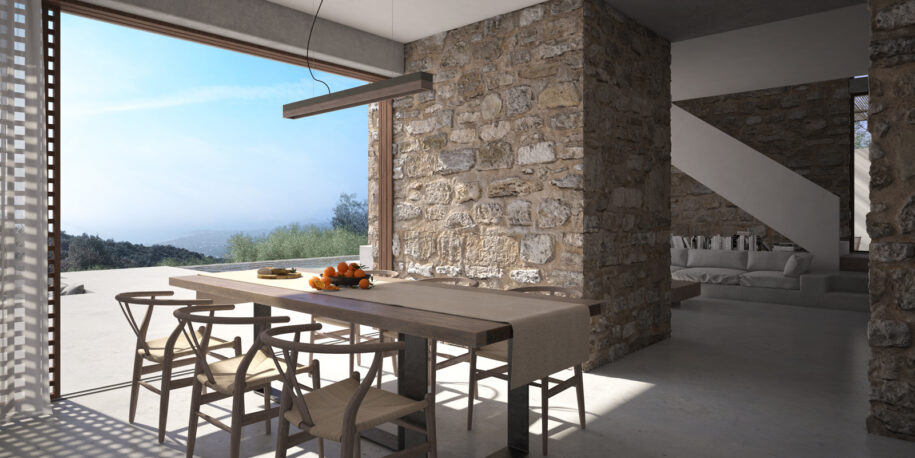 Their stone mass shapes the outdoor and indoor spaces, both structurally and aesthetically, and forms the levels and the zones that will ‘host’ life. Although the main composition is expressed in the form of the towers, their extensions which make up the rest of the complex do not exist independently within the plot, but rather are brought together into a whole – echoing the established architectural forms of the region, but in so doing also providing a modern interpretation of those same traditional typologies. 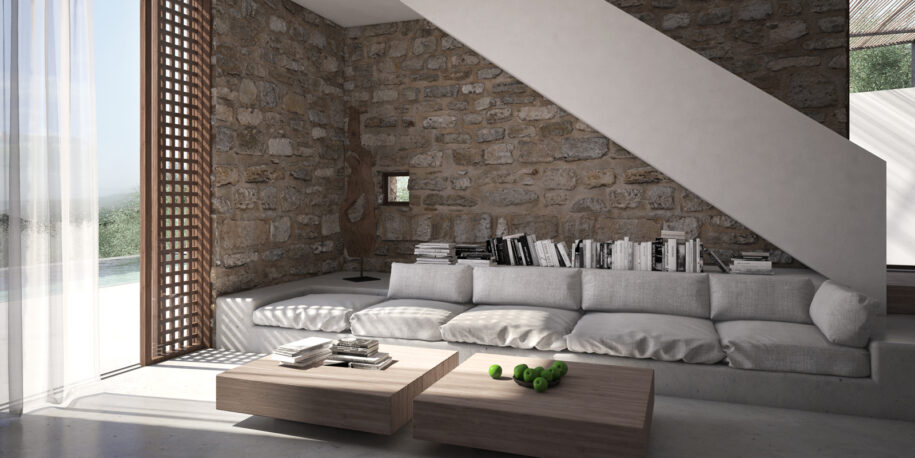 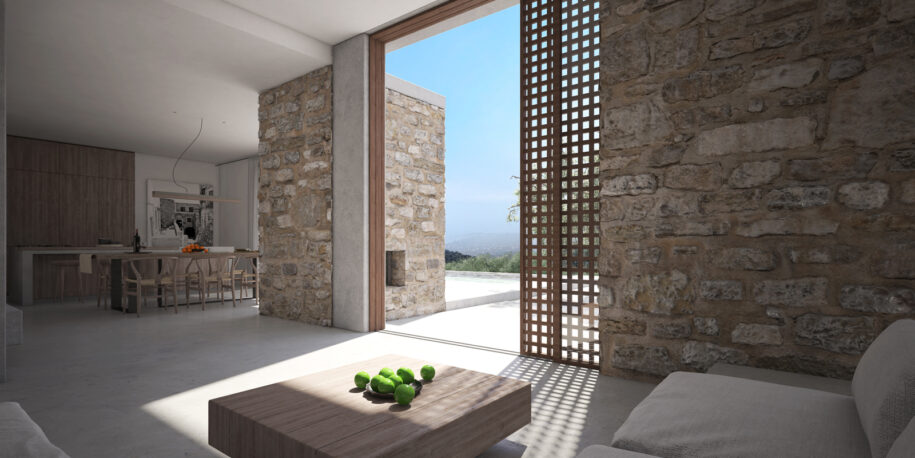 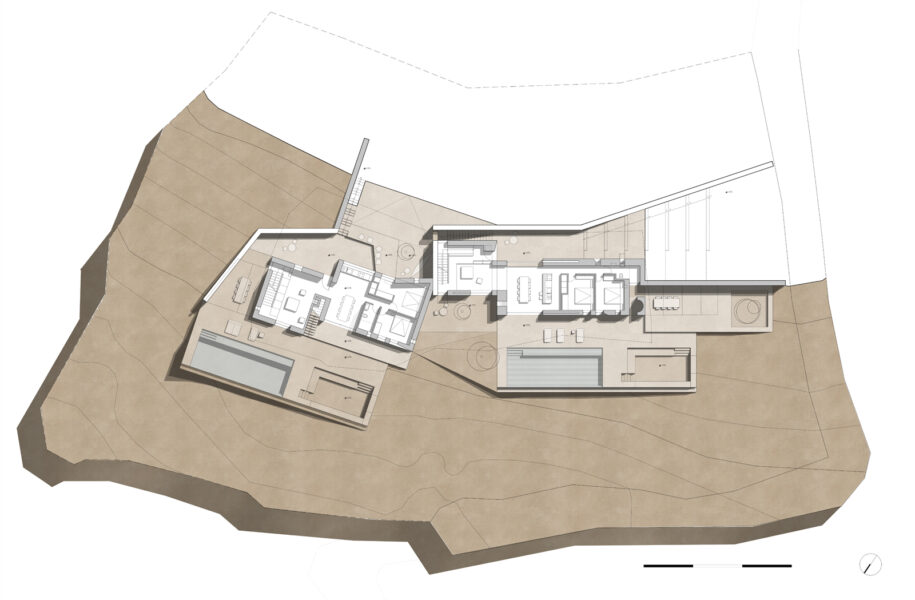 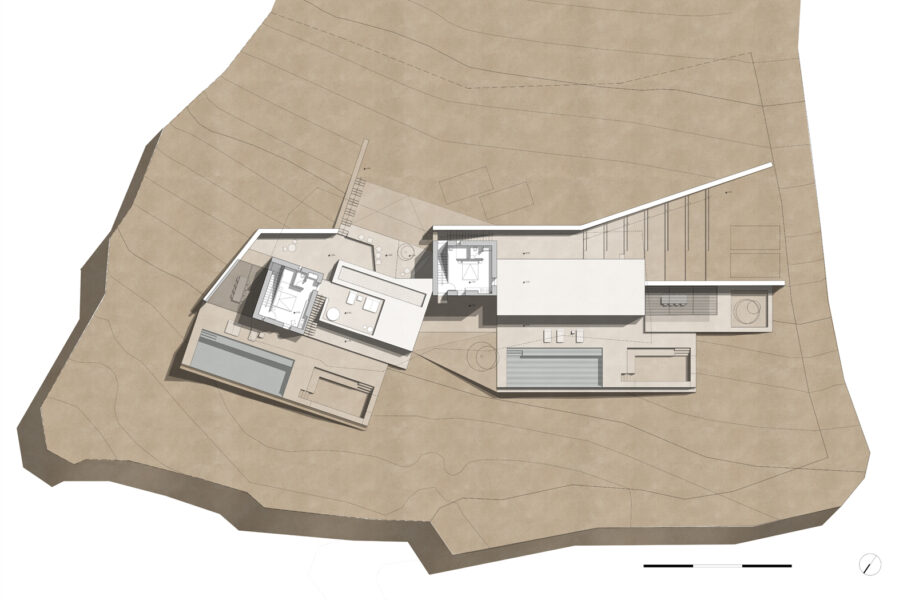 by MELINA ARVANITI-POLLATOUArchisearchhttps://www.archisearch.gr/wp-content/uploads/Batek_Remise_MarcusWend_DSC07805-370x700.jpg
SHARE THIS PAGE
WITH YOUR FRIENDS