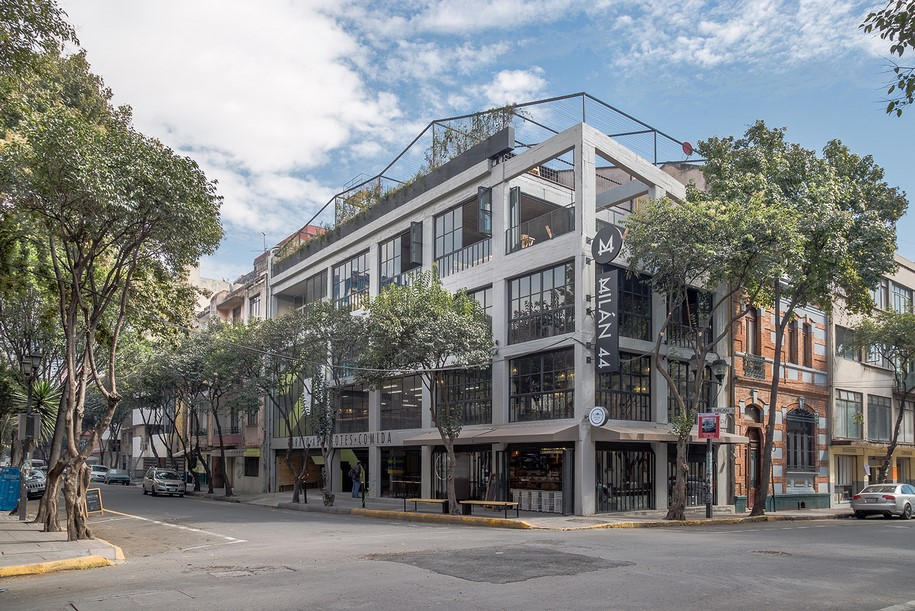 The project transforms a fourstorey warehouse built in the early 1900’s that was originally home to an auto-parts store into an urban market that reactivates a neighborhood, which connects two entirely contrasting areas. 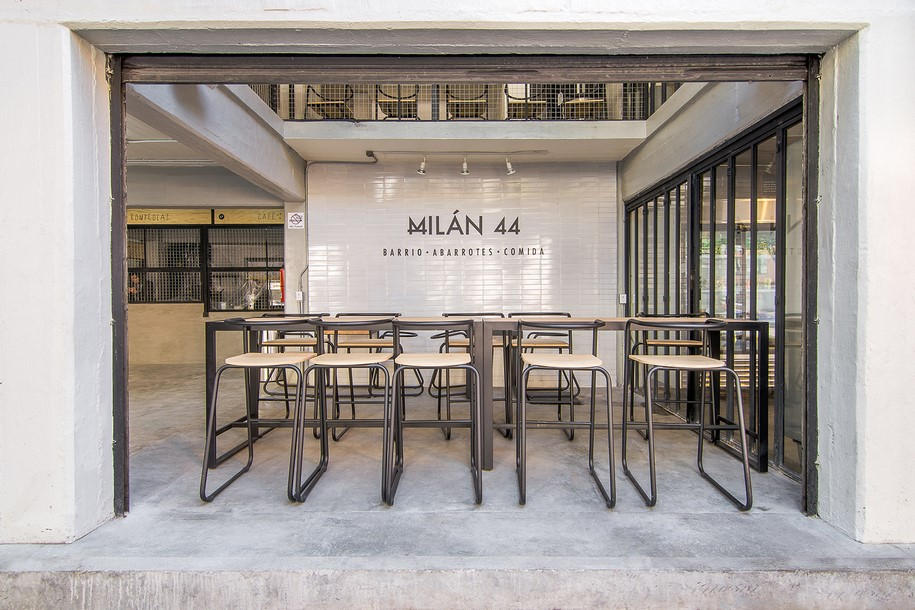 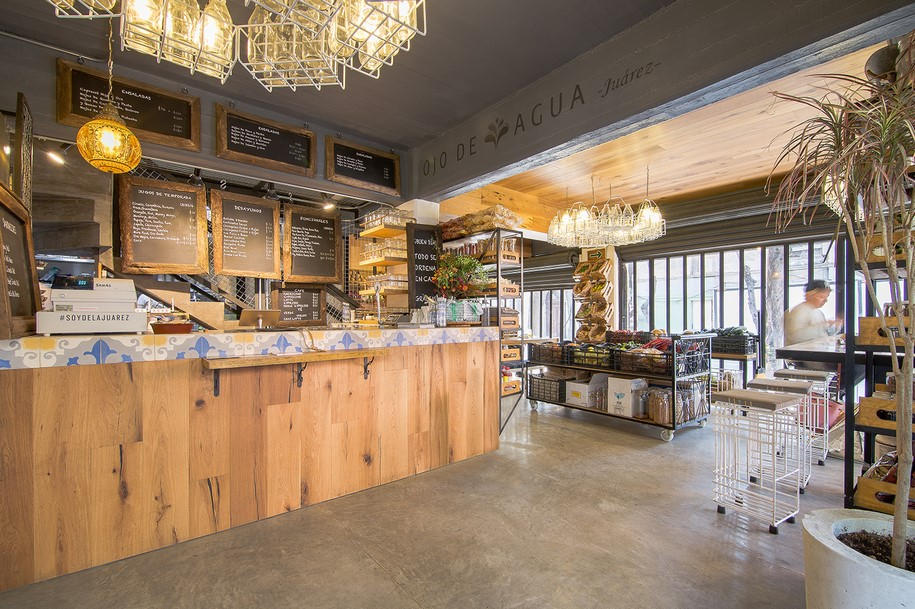 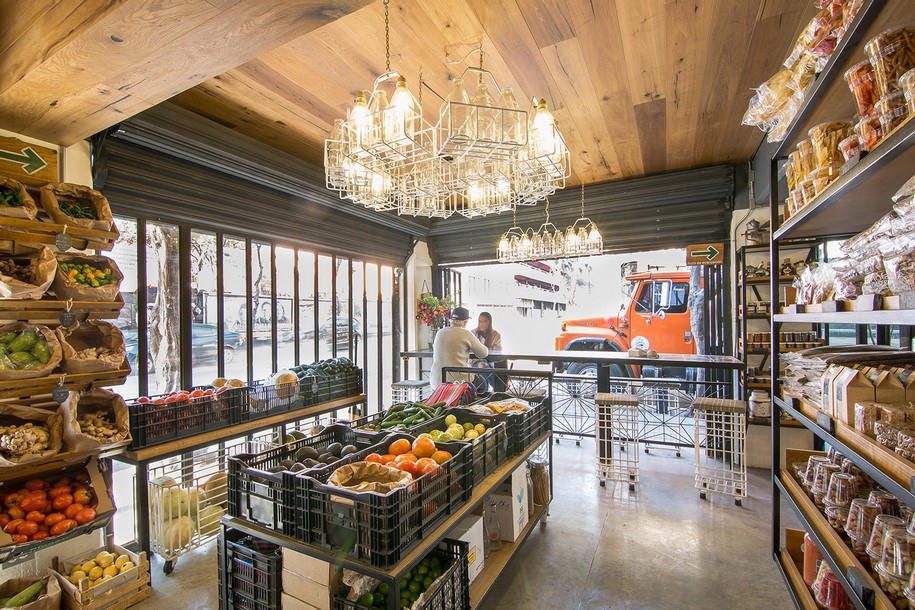 On one side, the booming business district that lines the emblematic Paseo de la Reforma, and on the other side, the lively epicenter of hipster subculture, Colonia Roma Norte, an area which has been in decay since the 1985 earthquake. 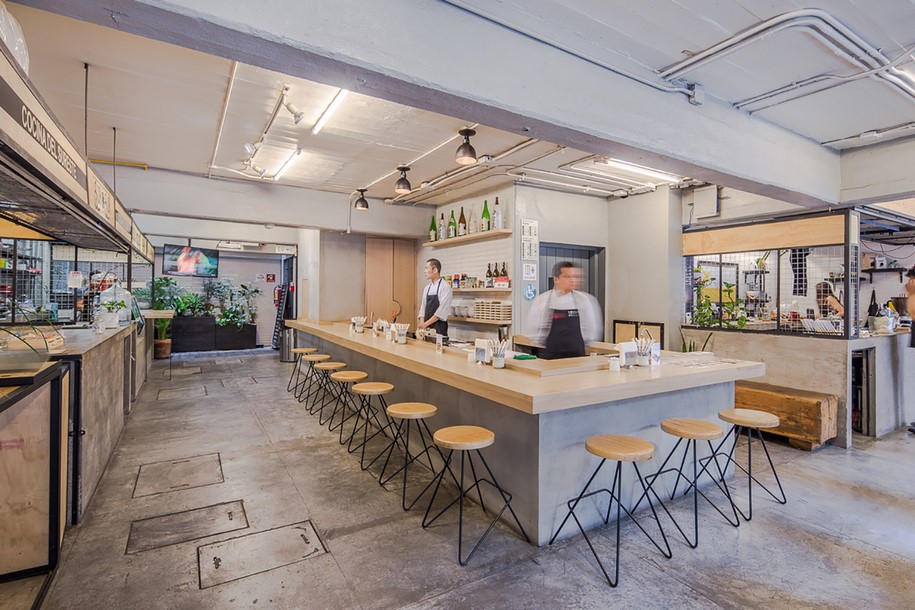 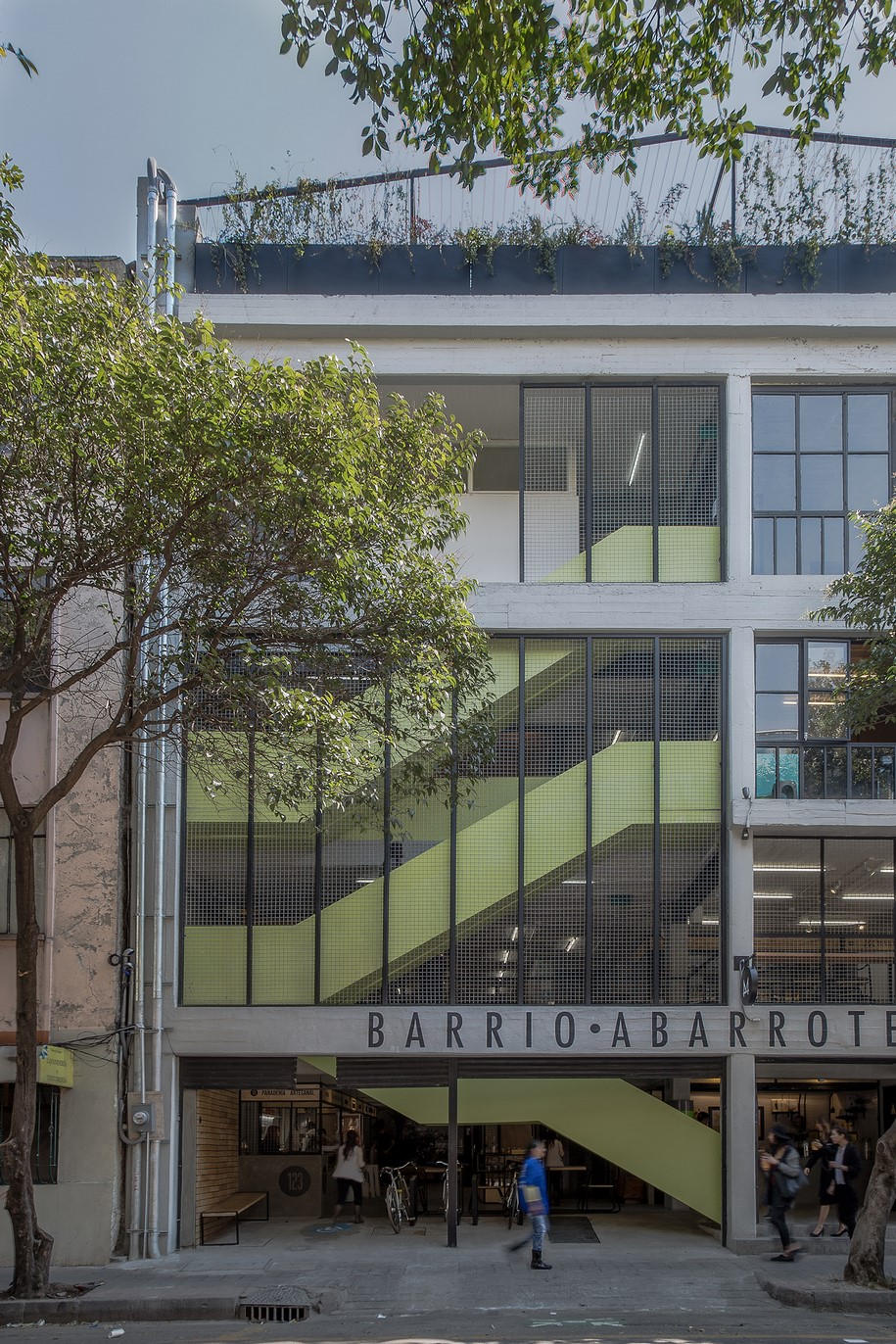 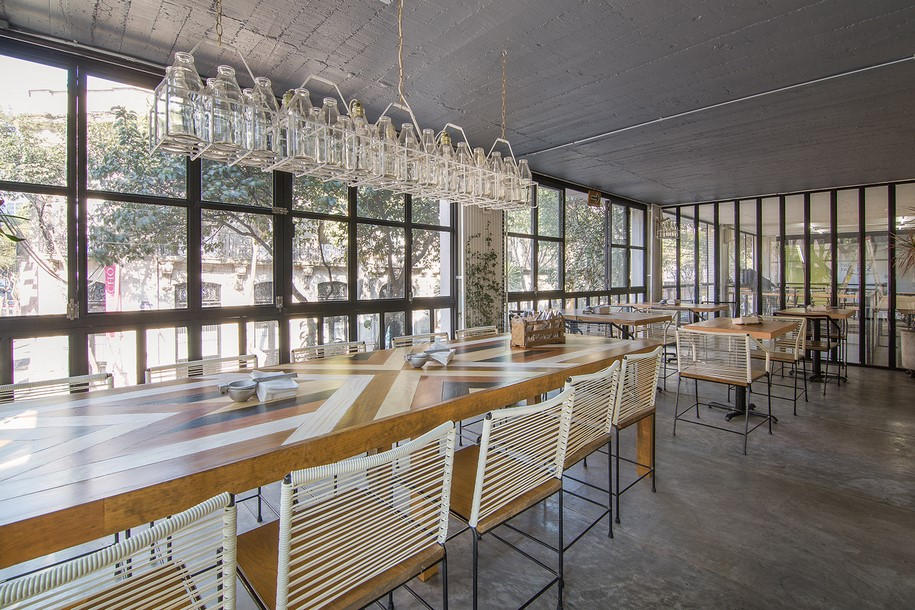 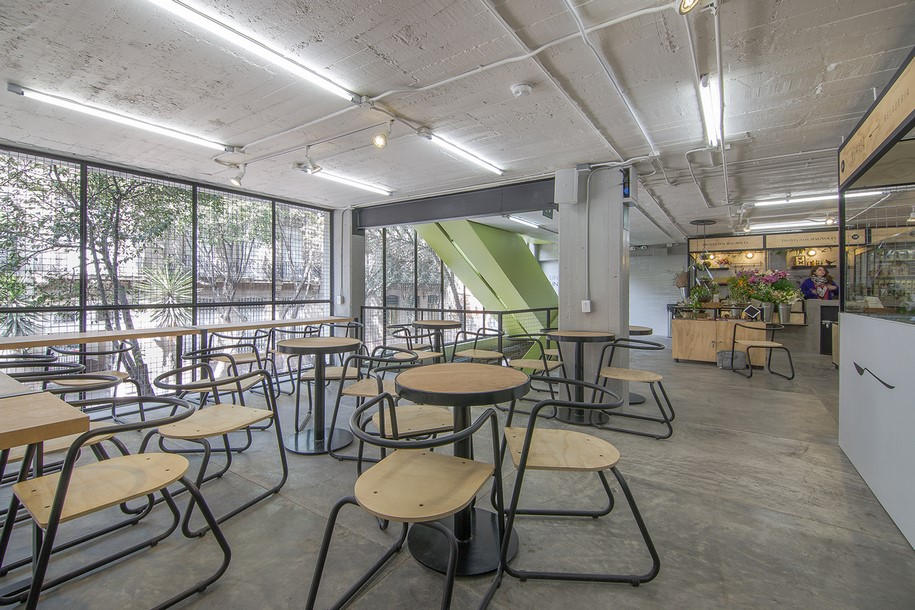 Centrally located and rich in history, Milán 44 has been equipped with new infrastructure and now holds the genetic code for the city’s future development, according to the design team. 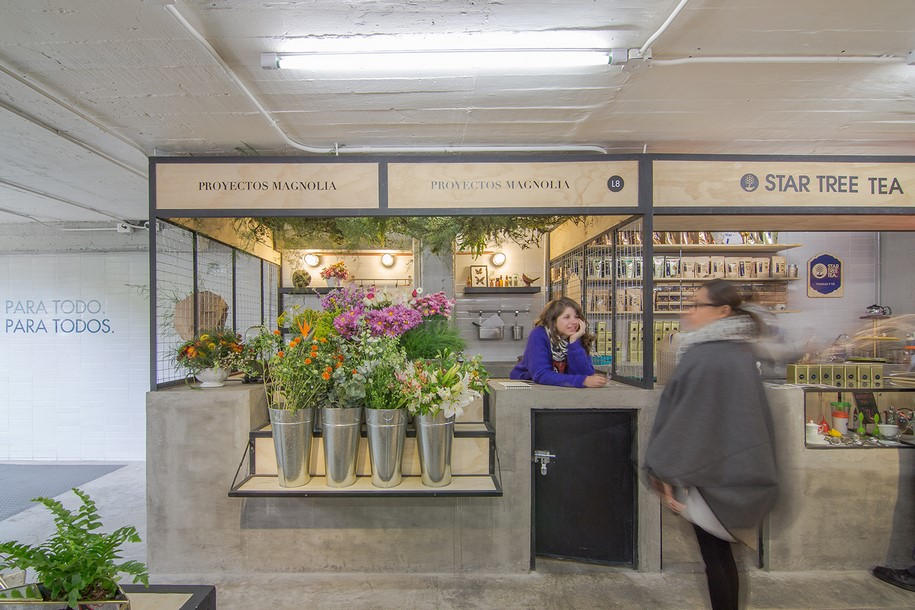 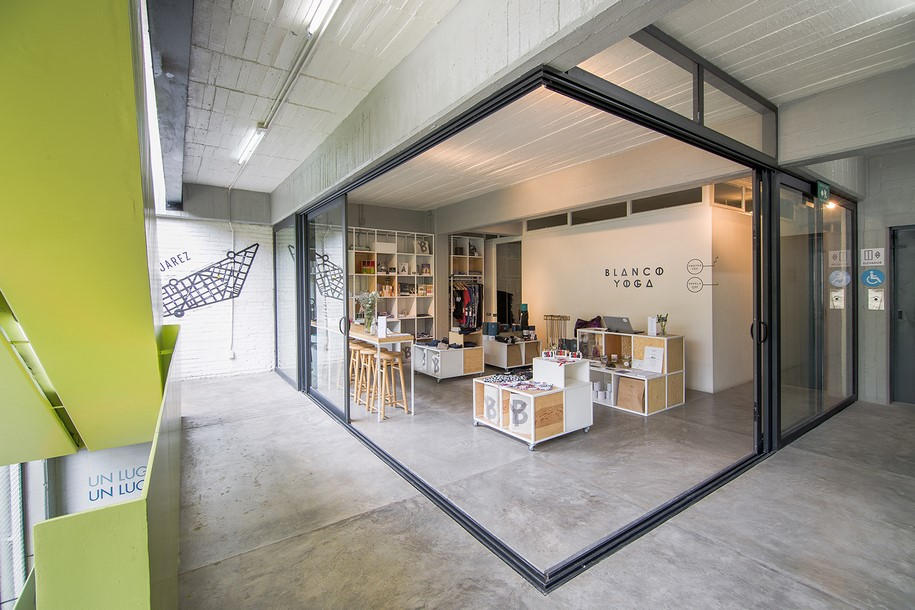 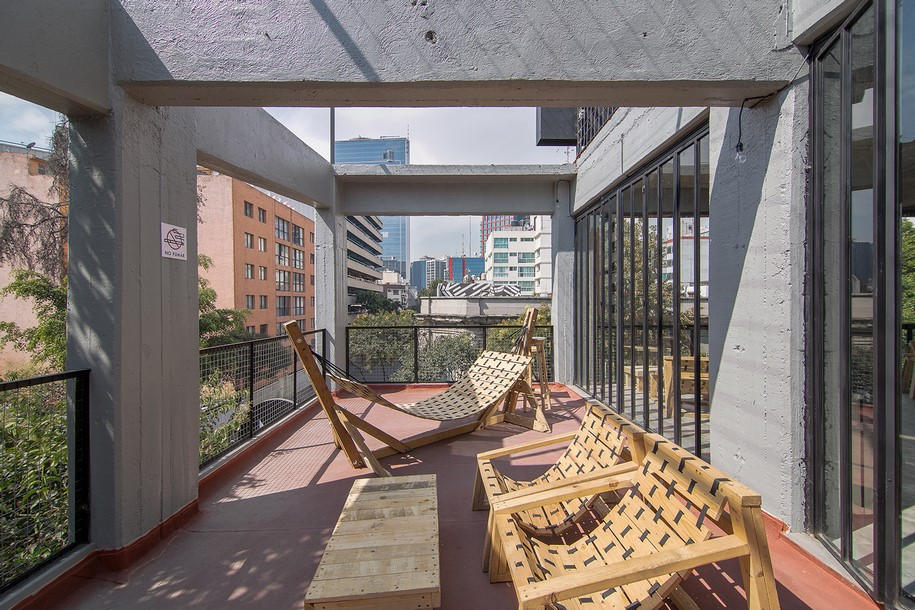 Transforming the existing building according to the new dynamics of the area has been the main challenge for the architectural firm, who decided to integrate a regular grid of concrete beams, columns and slabs, originally conceived from a utilitarian perspective, into the poly-dynamic venue’s new public role. 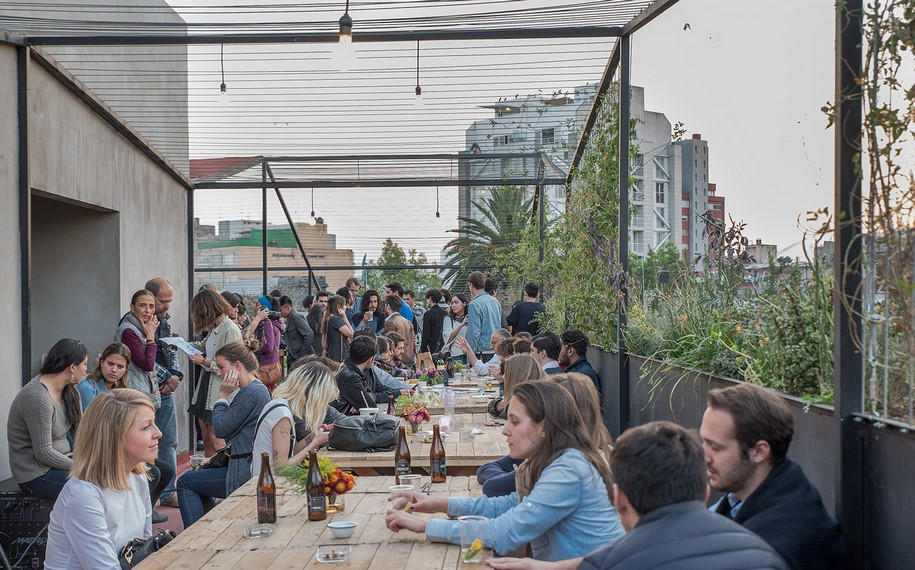 Left exposed like a raw skeleton, the reticular structure is the framework for a two-storey local market, restaurants, and several private commercial spaces including a barber’s shop and a yoga studio. The new public program intrinsically and physically forms an extension of the city itself: the former warehouse with its blind façades vigorously shakes off its skin, opening up and inviting the urban fabric to come in.

While maintaining its original scale and structure, the building has undergone a complete metamorphosis: a green staircase has been added to generate fluid vertical circulation. Acting like a fil-rouge, this element connects the spaces and invites visitors to explore the building extensively. 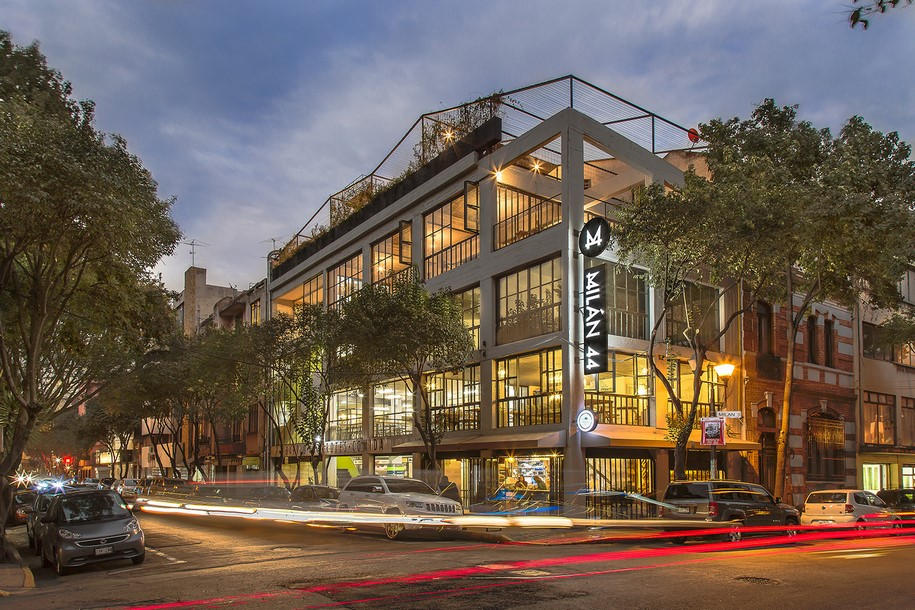 “Through it, the street folds to the inside and upwards” says Francisco Pardo, founder of the architectural practice. “it’s like a vortex that transversely crosses the building, pulling the street right up to the rooftop”.

The architectural peak culminates on the top floor, which is also open to the public and hosts a beer bar: in this way, the Milán 44 project gives back to the city much more than just the ground floor of a standard building, which is typically designated for commercial use. In its place, an entirely fresh, dynamic venue has emerged, in homage to the collectivity that embodies the radical change
embracing the area. 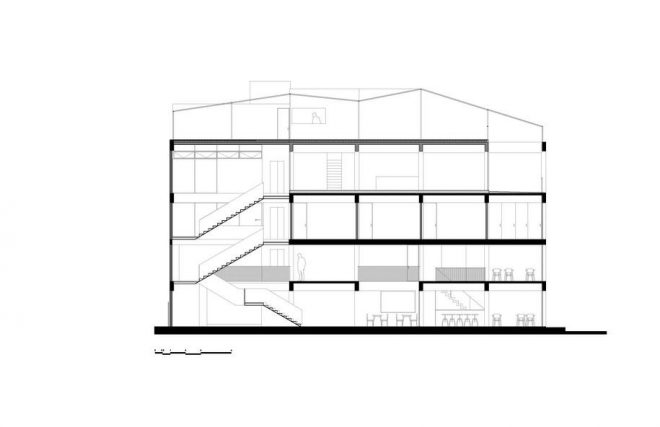 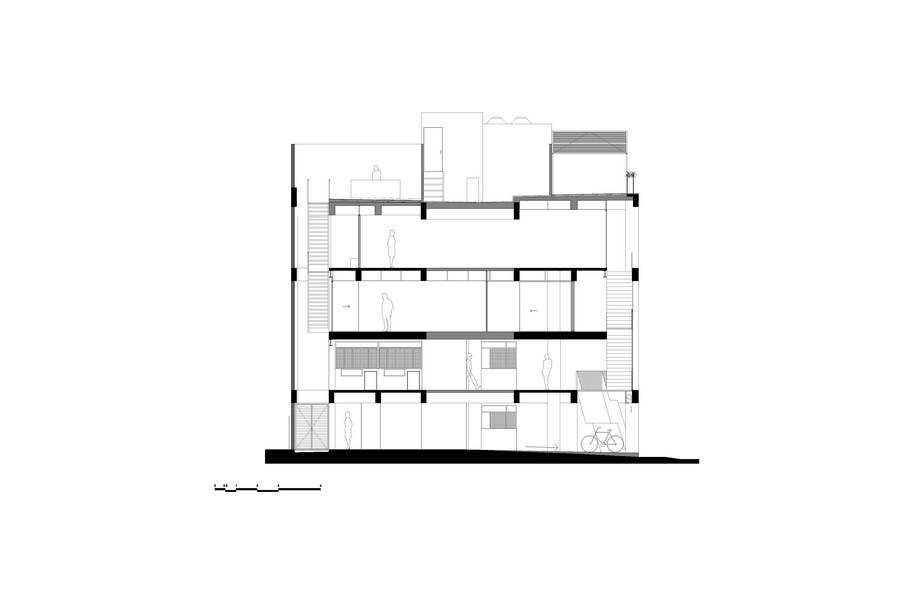 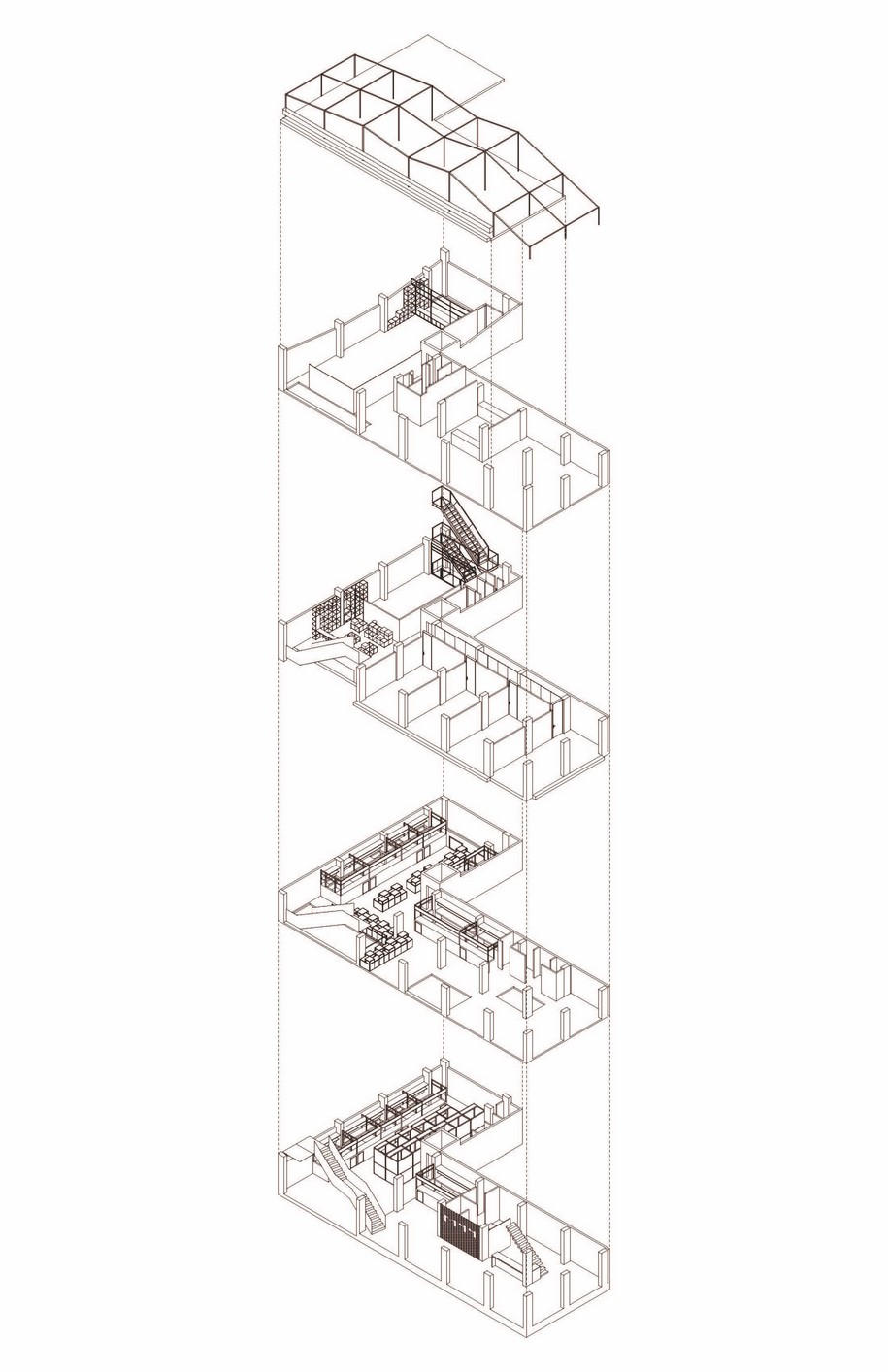