In the Cotswolds, Bureau de Change have reinterpreted the rural vernacular to create a new home using interlocking barn forms and a palette of local materials. 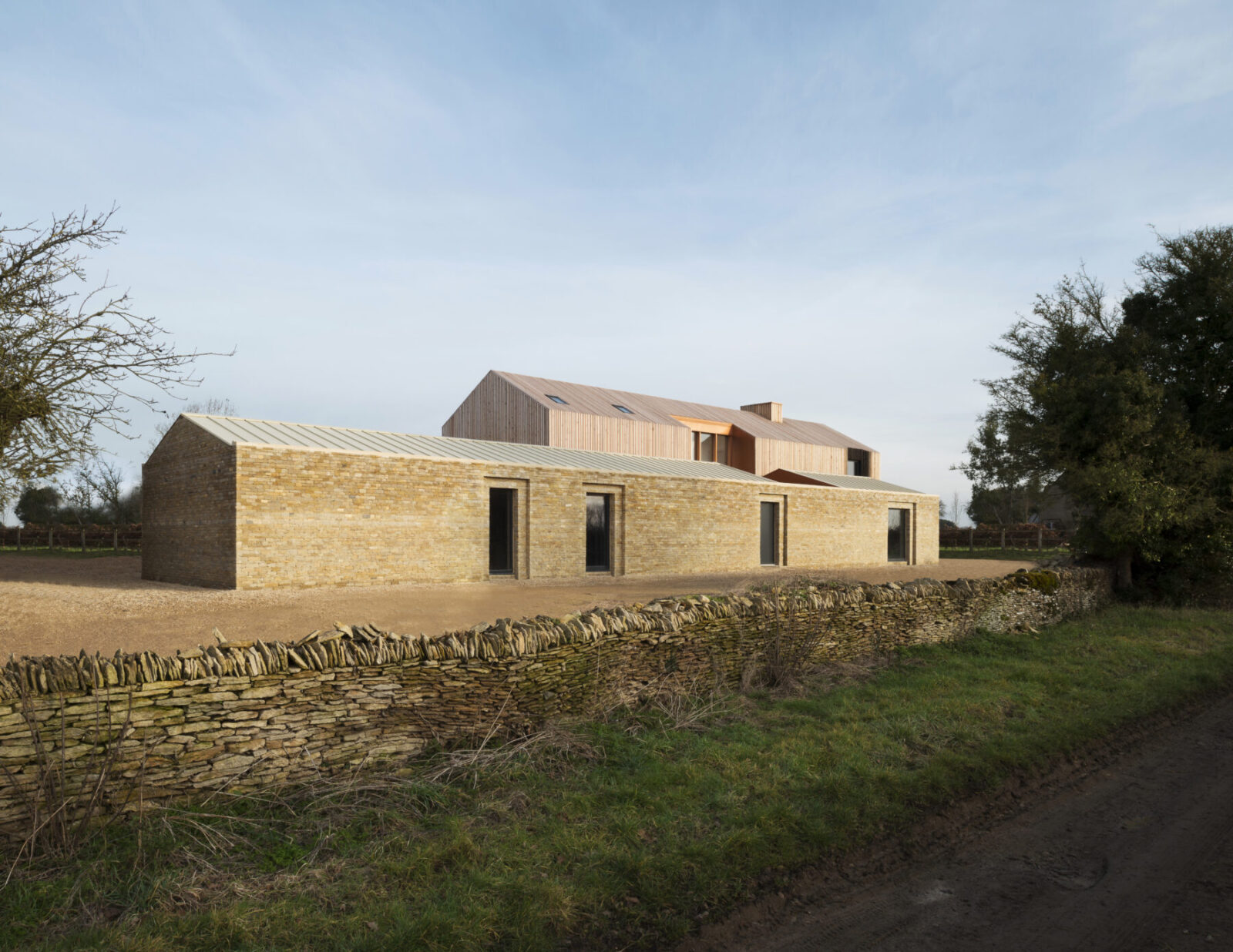 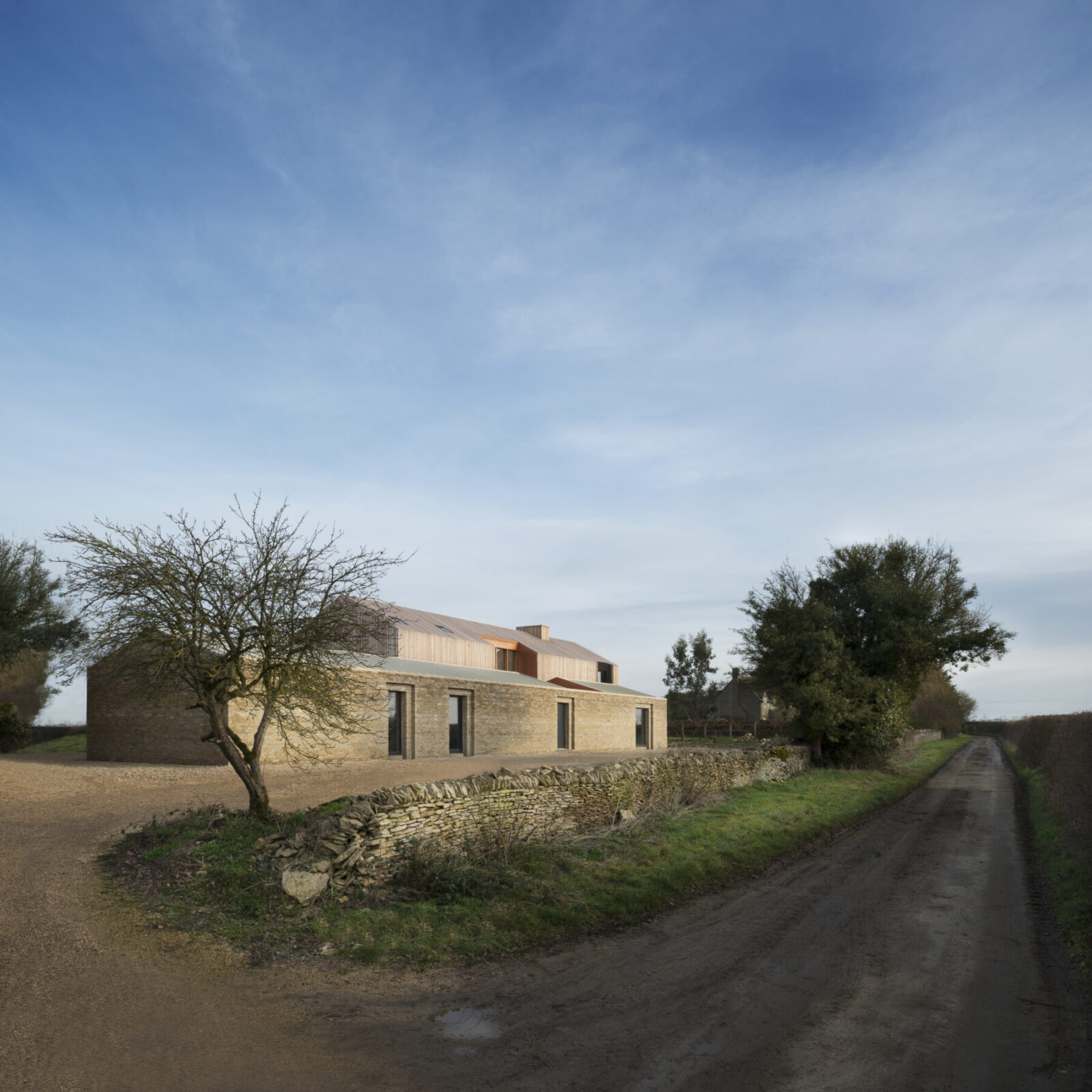 Billy Mavropoulos, Co-Founder of Bureau de Change, explains how the design drew on traces of the site’s former use: ‘We took the elongated forms of two 30 metre-long, timber chicken sheds as the starting point for the new design. The house then became a play of traditional barn volumes which have been pushed and pulled to suit the needs of the client.’ 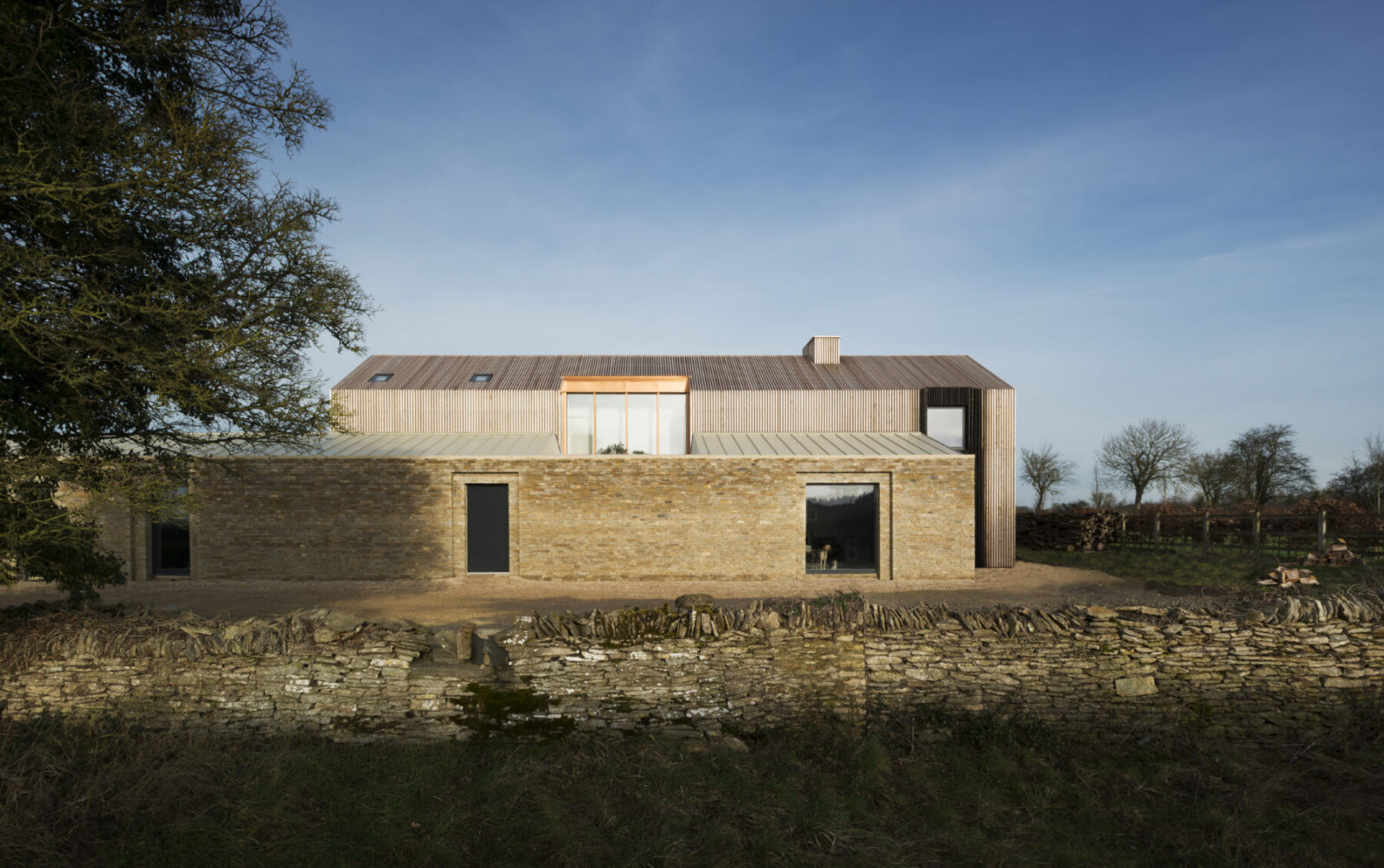 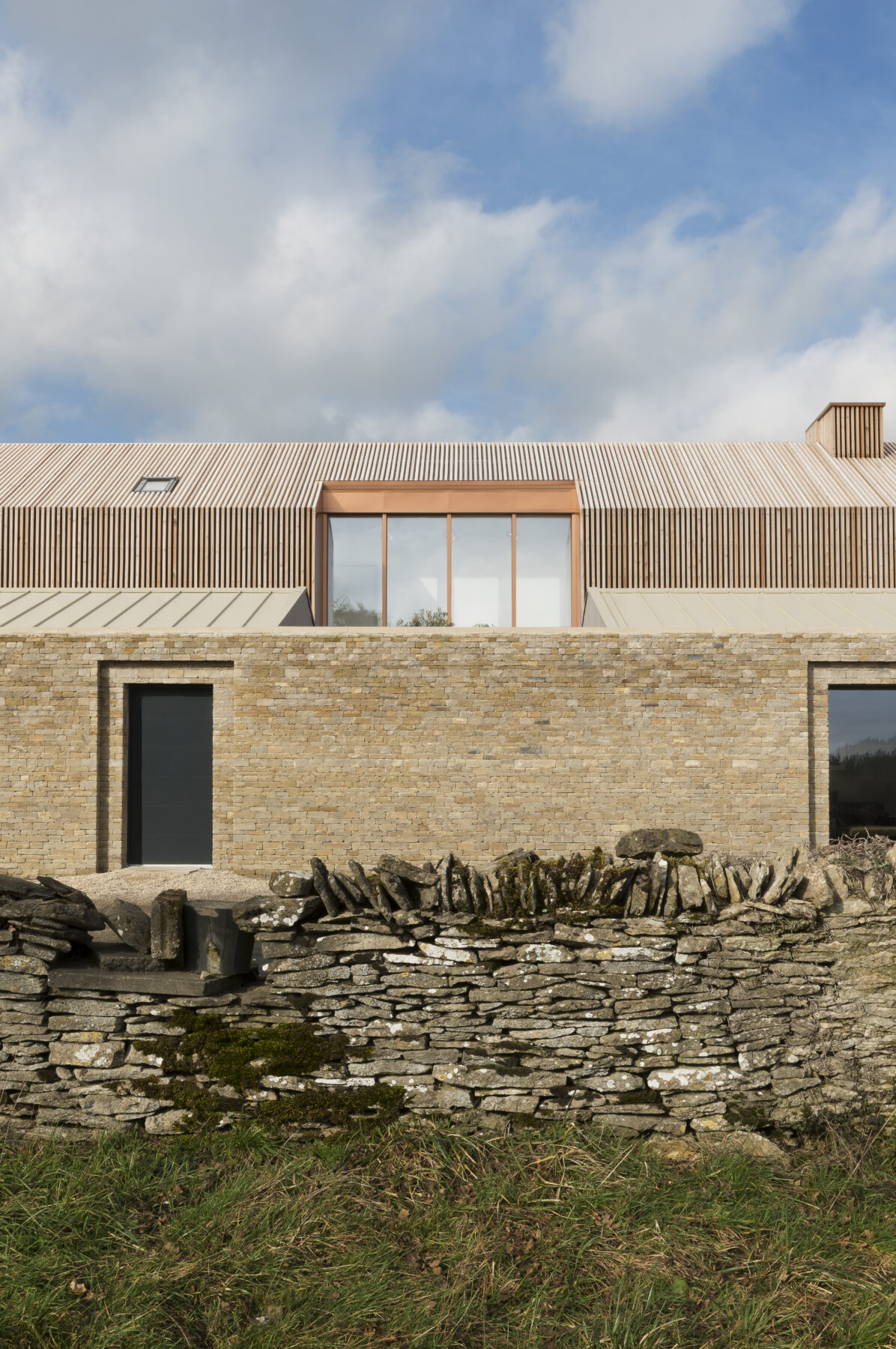 The front volume has been cut into to create an internal patio, hidden behind the elevation. The back volume is extruded to double height, creating a point of interest where the two barns interlock and are pushed into one another. A building within a building allows the far end of the front barn to house a studio for the artist owner, and a part of the second volume has been broken off to form an annexe adjacent to the main house. 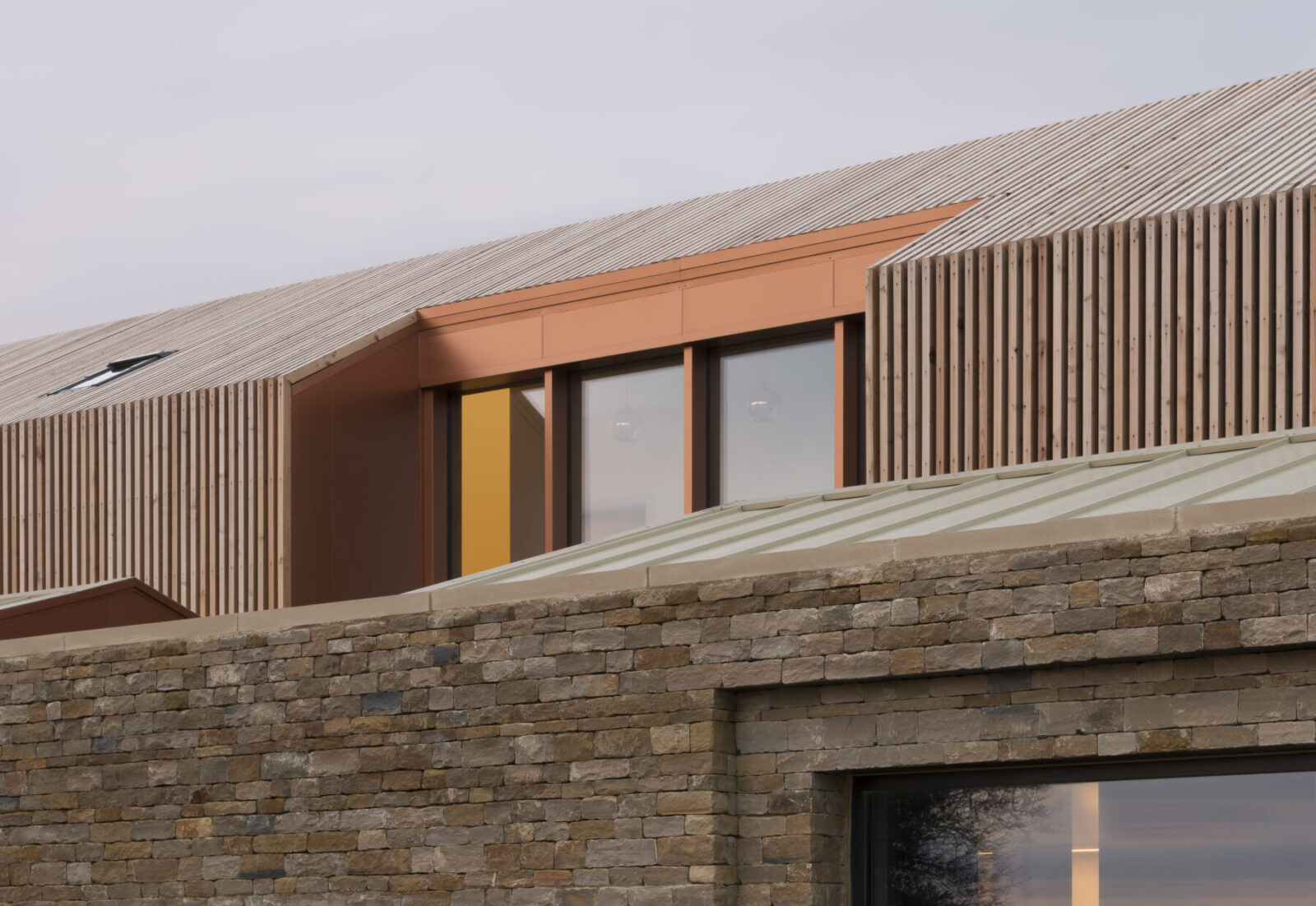 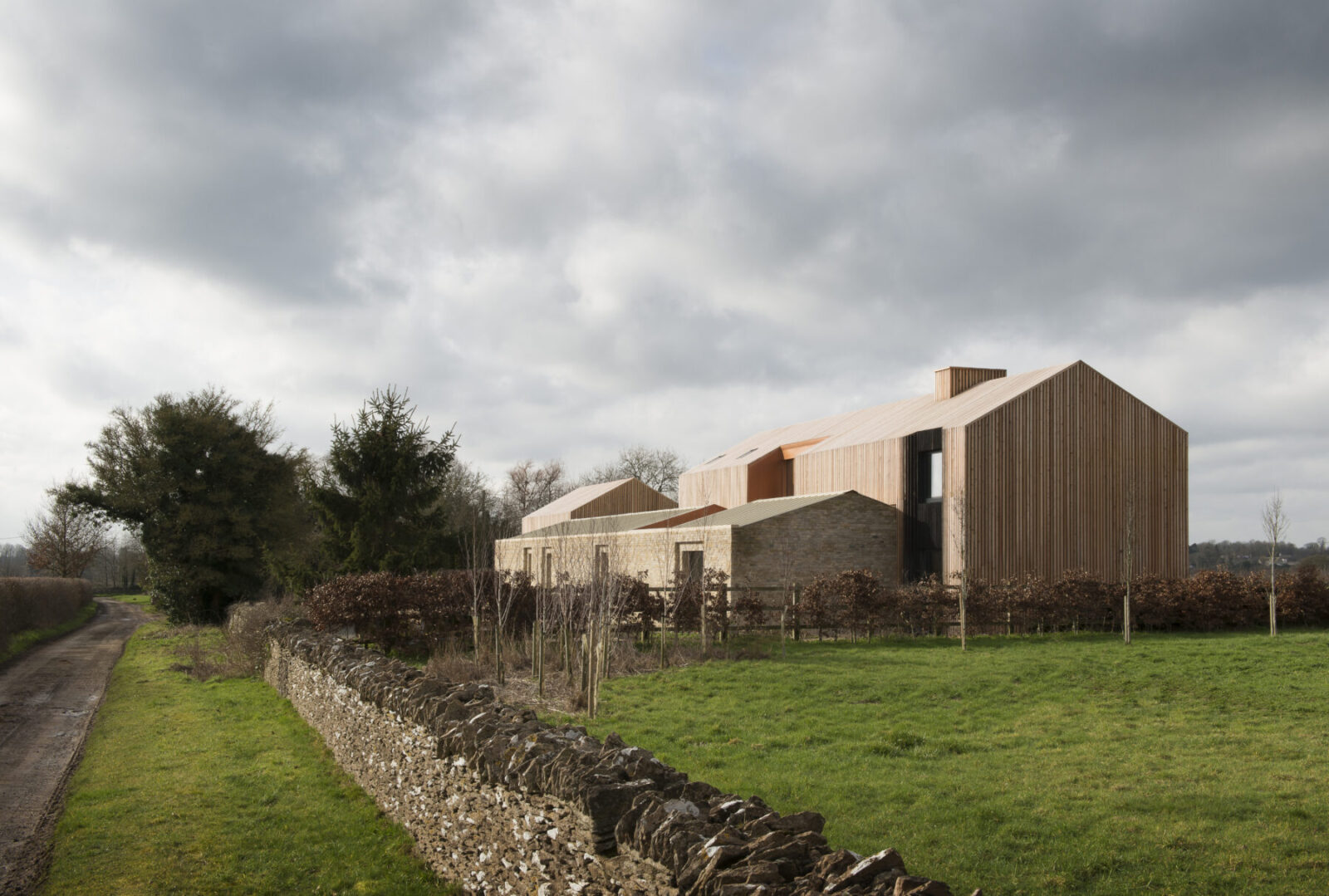 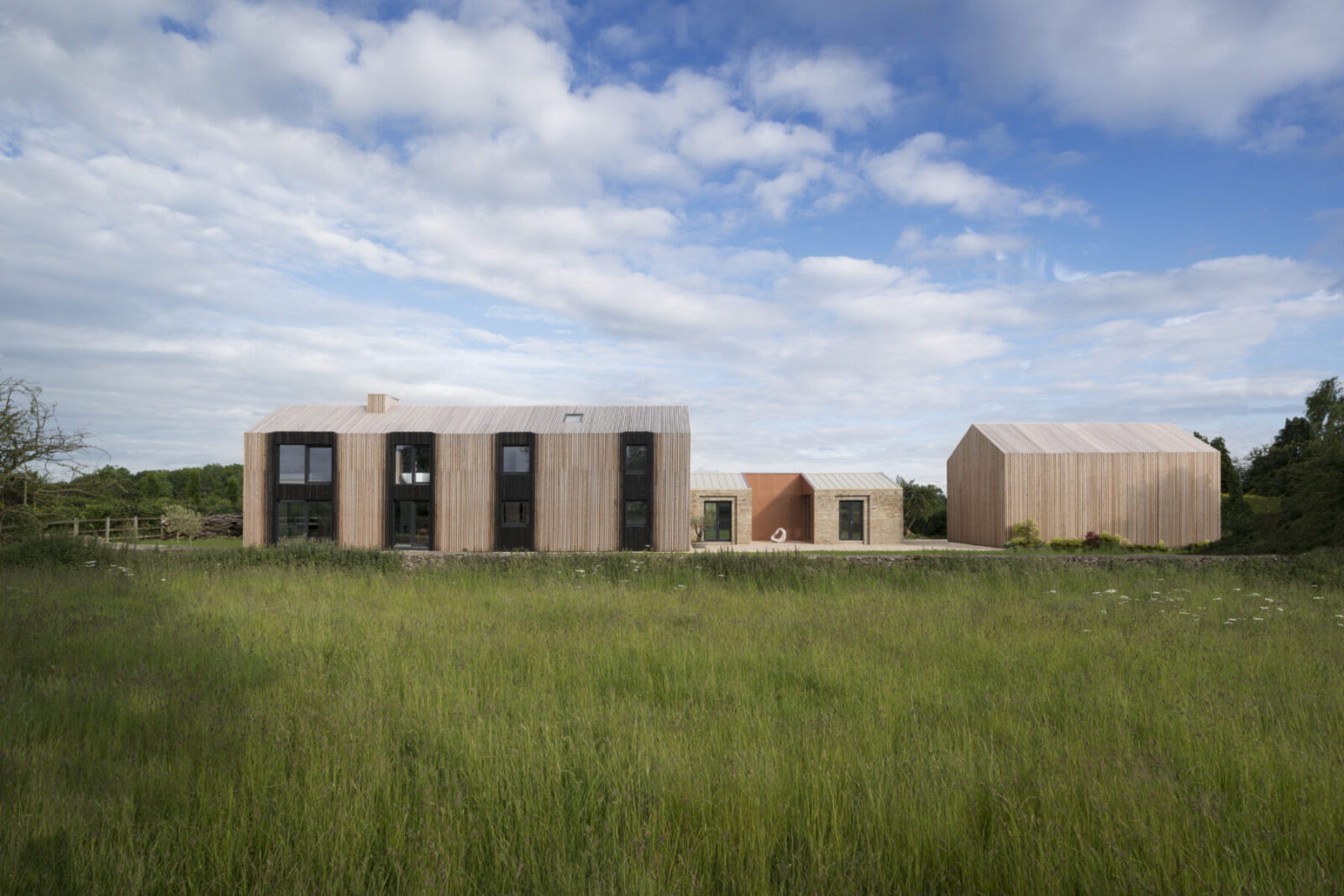 Inside, the key living spaces fan out around the patio, which acts as a focal point for the home. Clad in copper, the patio is a moment where both nature and light are introduced. 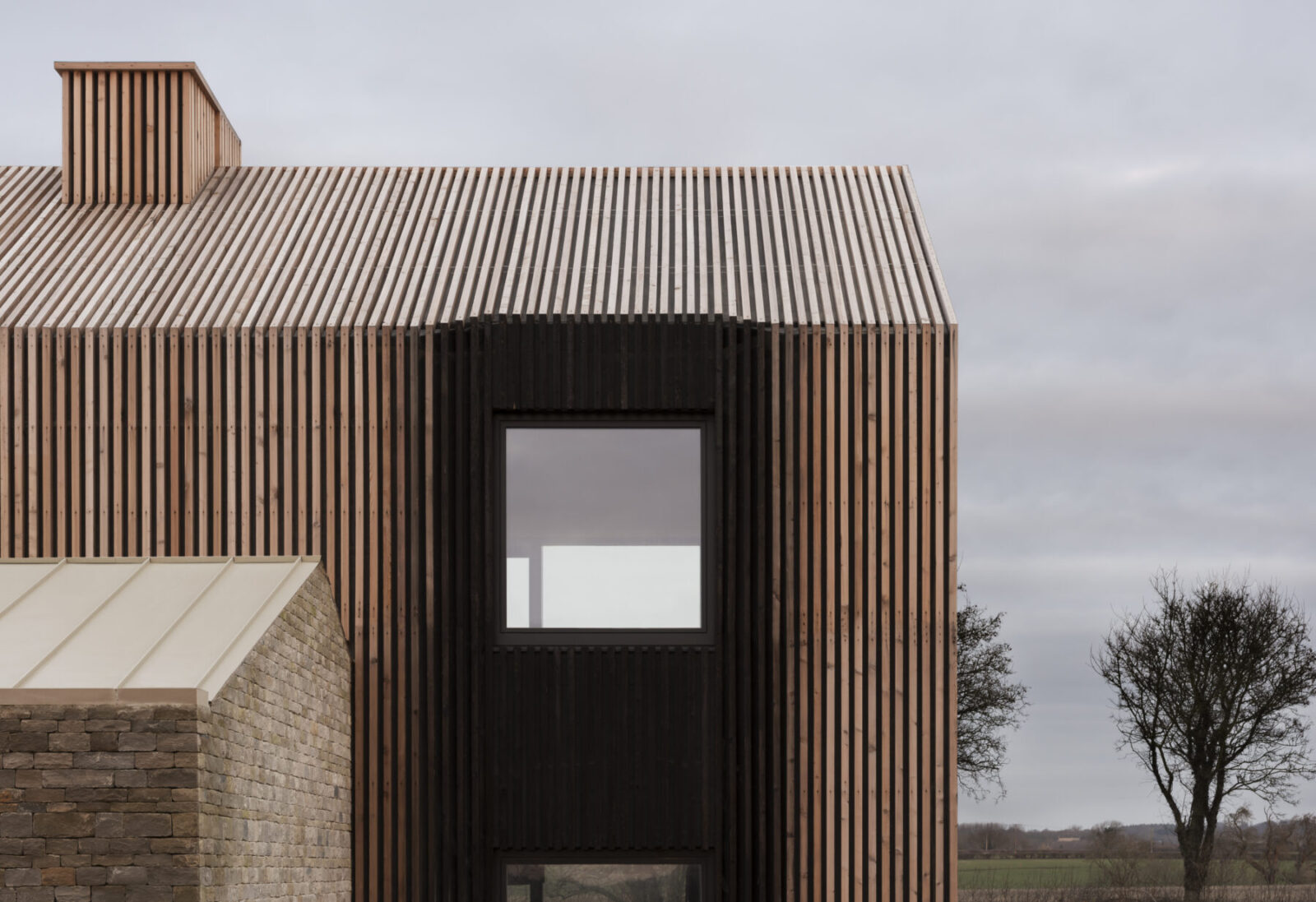 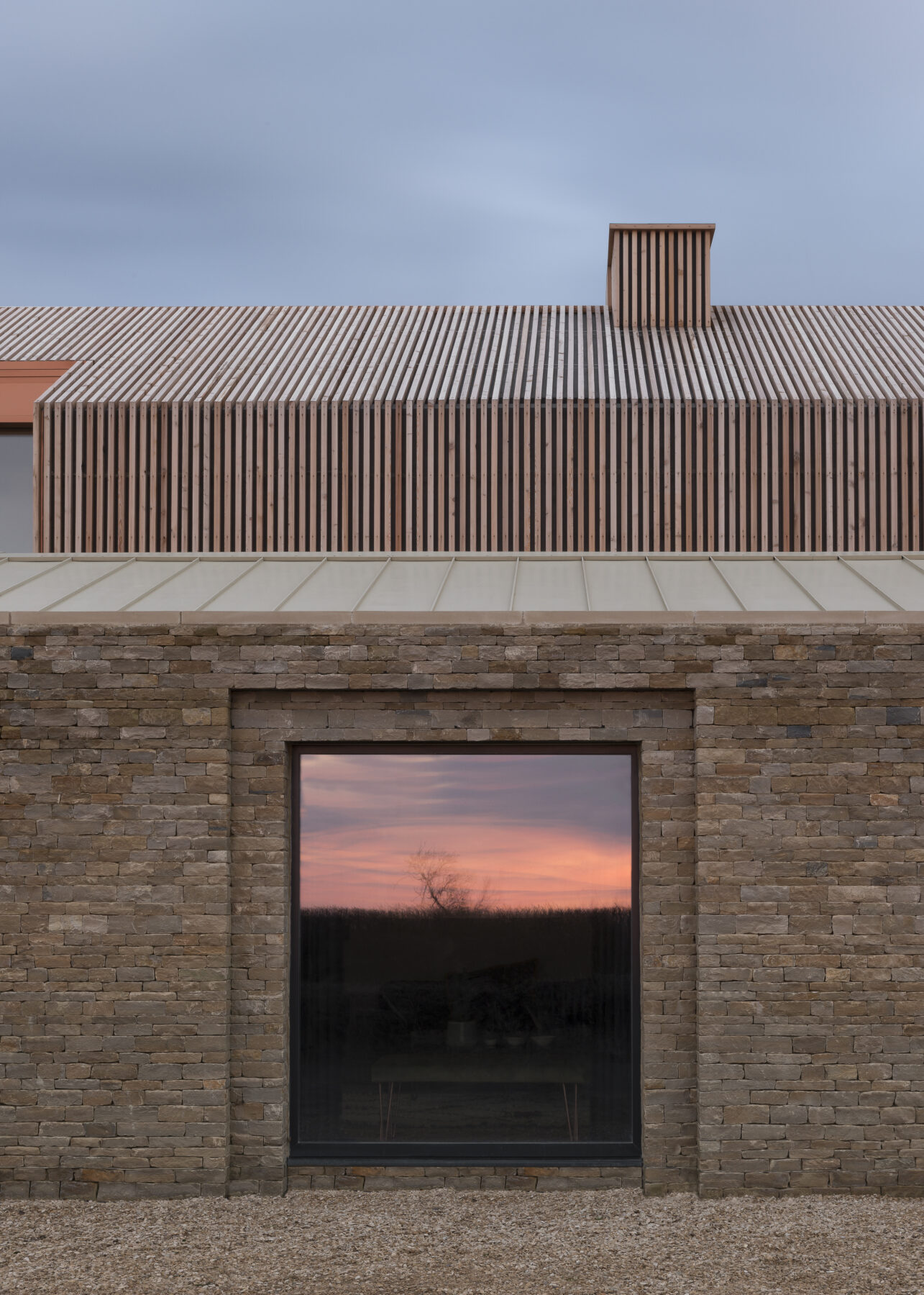 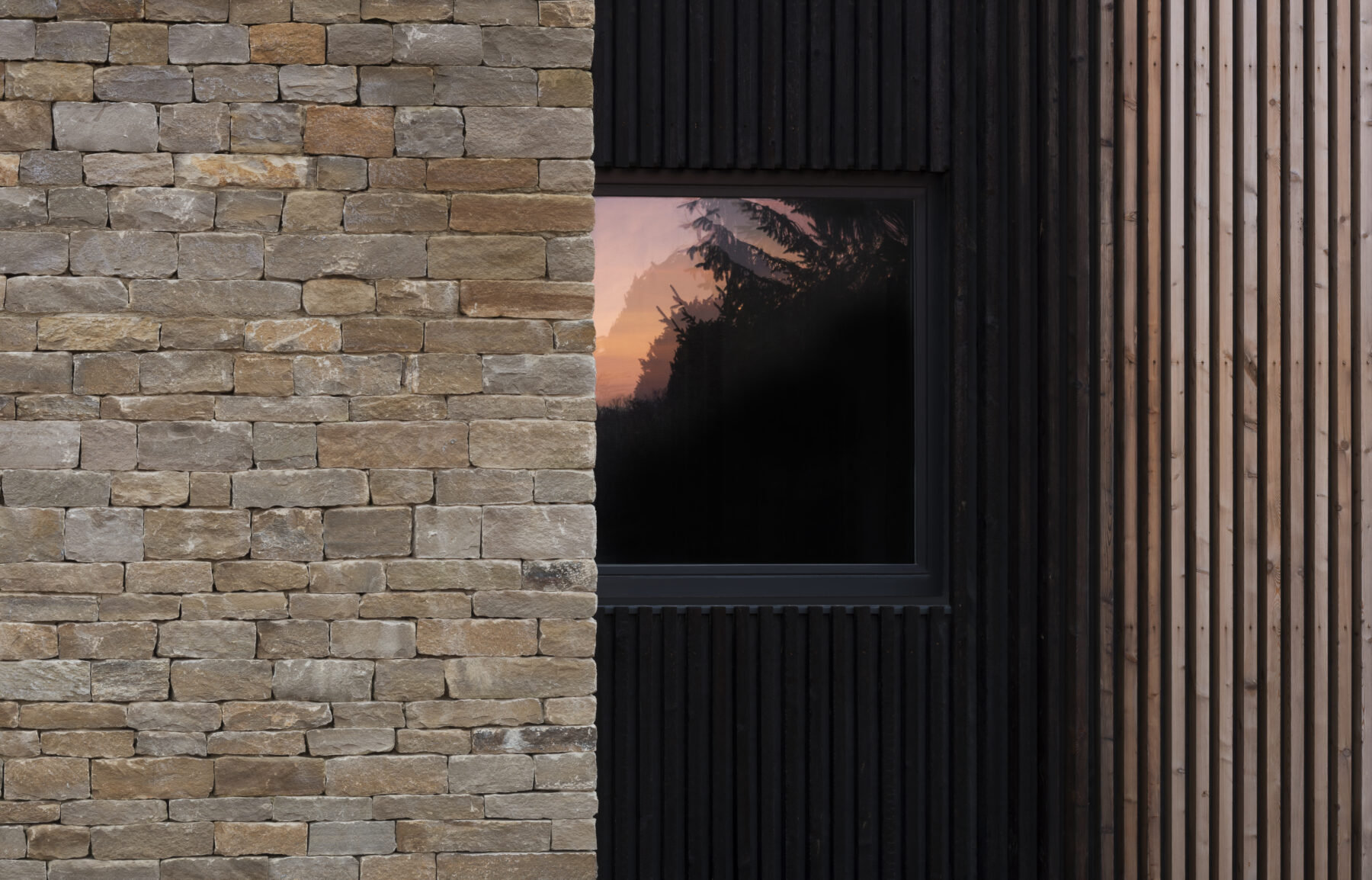 Materially, the house echoes much of Bureau de Change’s work in its attention to craft and detail. In this case, paying close attention to local historic building practices and approaches to material have played an important role in generating a language which both revives and reinterprets the vernacular. In addition, the construction meets passive house principles – with an insulated concrete formwork system creating a thermal envelope, limited openings on the south-facing façade, triple glazed window units and a heat recovery ventilation system to maintain air quality year-round. 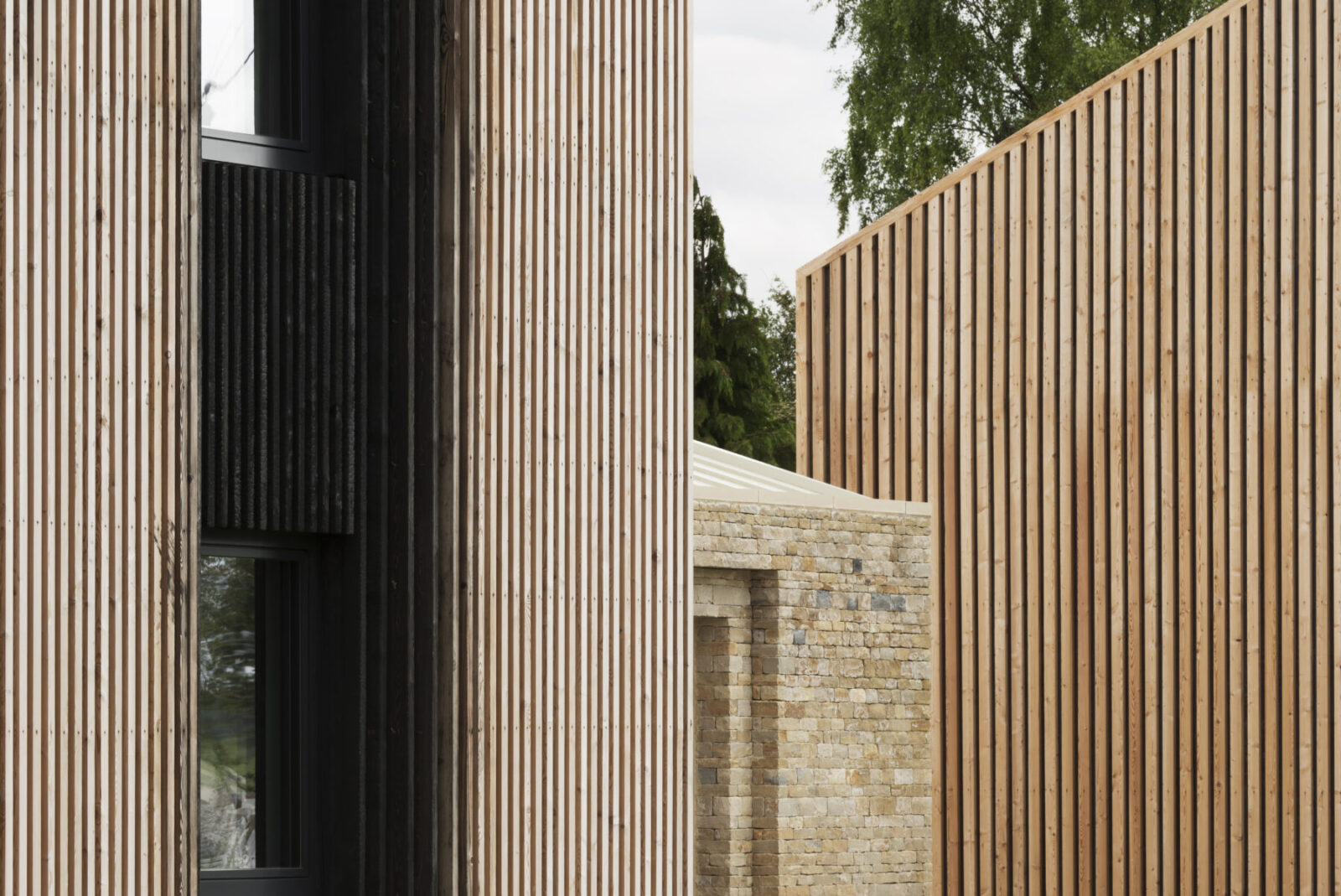 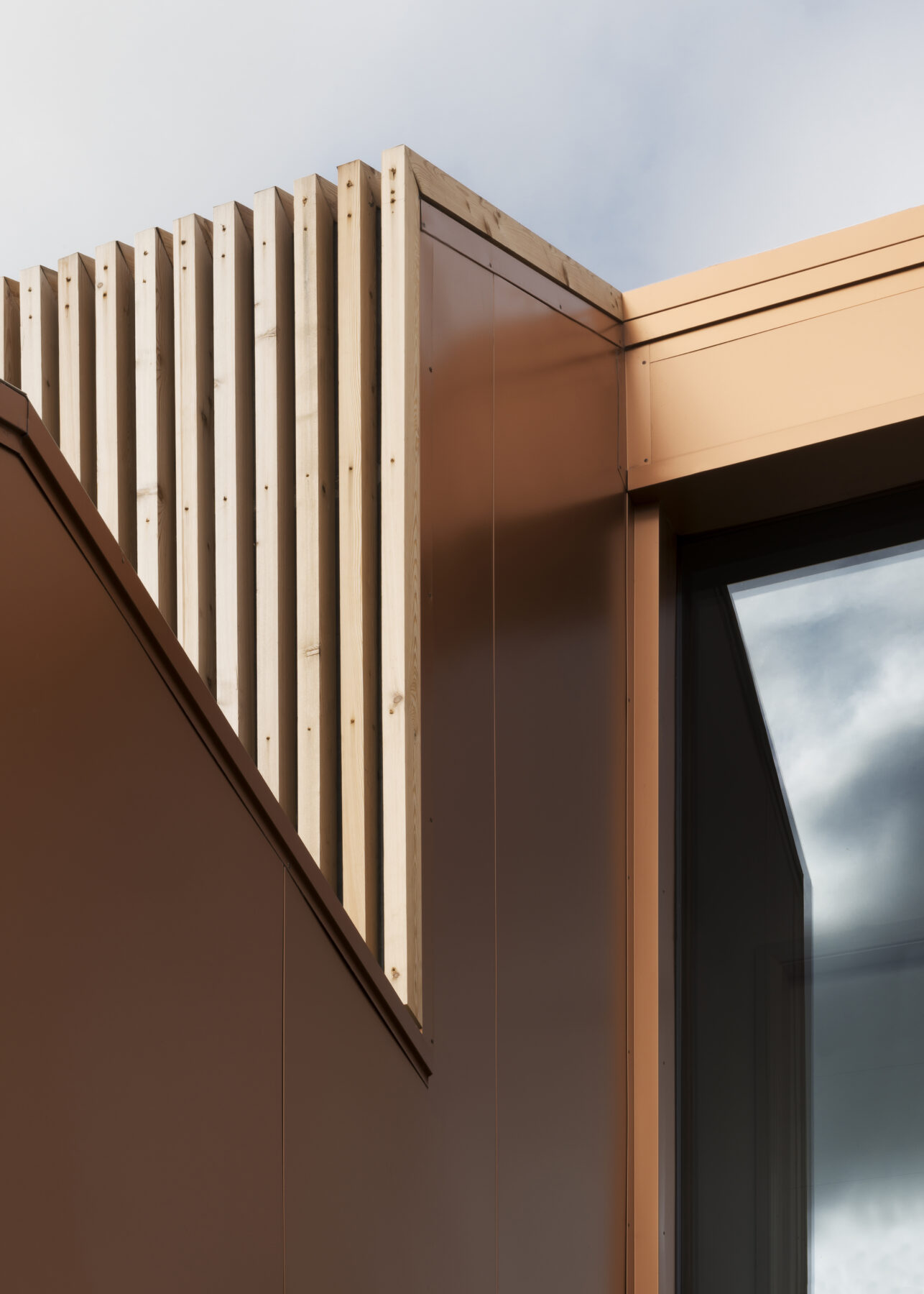 Co-Founder Katerina Dionysopoulou explains: ‘The front barn has been built in dry stone wall by a local craftsman, chosen not only for its local relevance but for its inherent qualities of mass and muscularity. This façade is monolithic, with fewer openings to produce a heavier, solid volume at the front. As a counterpoint, the taller barn at the back is clad in a lighter-weight natural larch which has been charred to a deep leathery black at each window recess. This charring has then been brushed away to gently blend it into the natural larch – creating an ombré effect which emphasises the rhythmic push and pull of the window indentations.’ 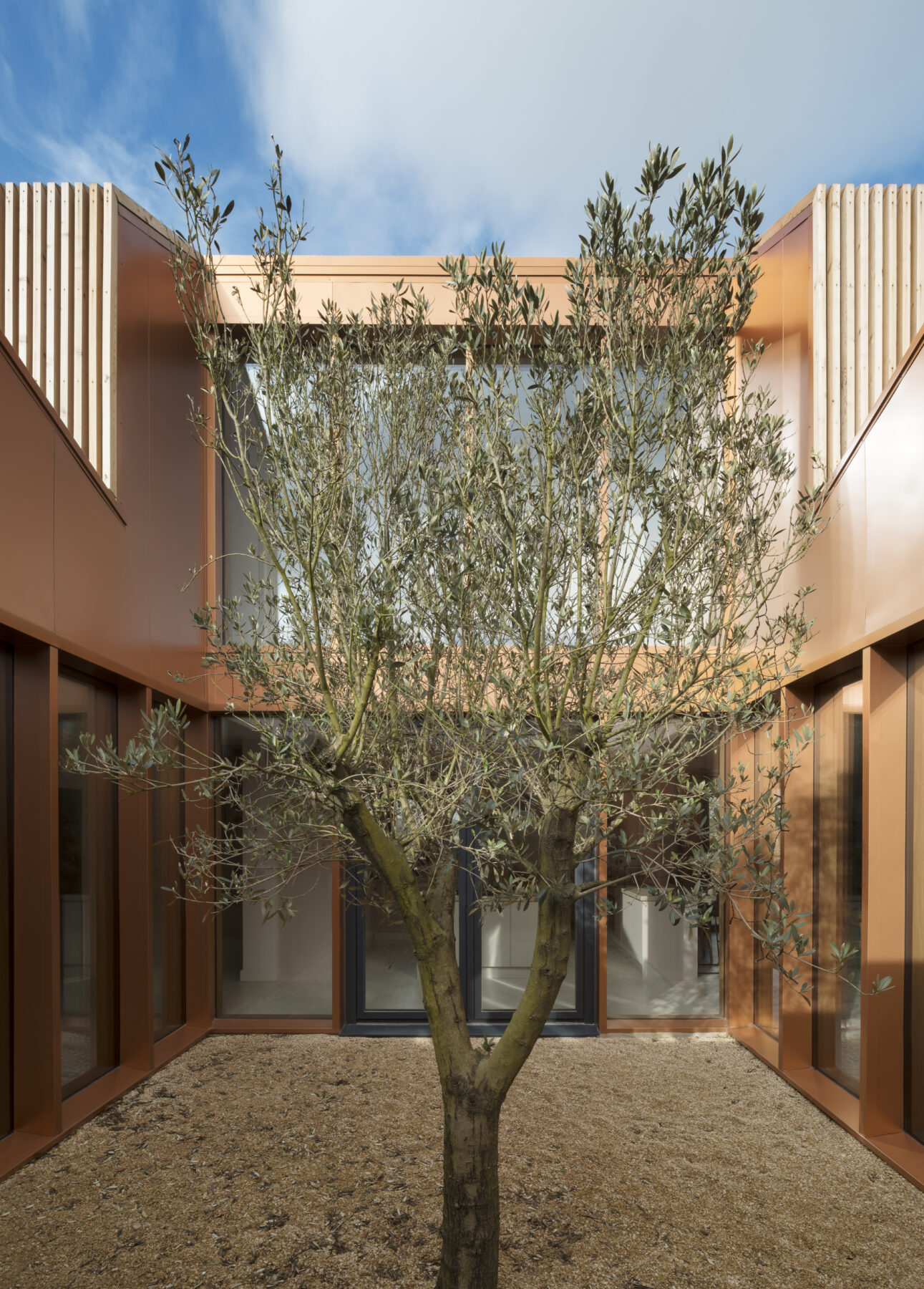 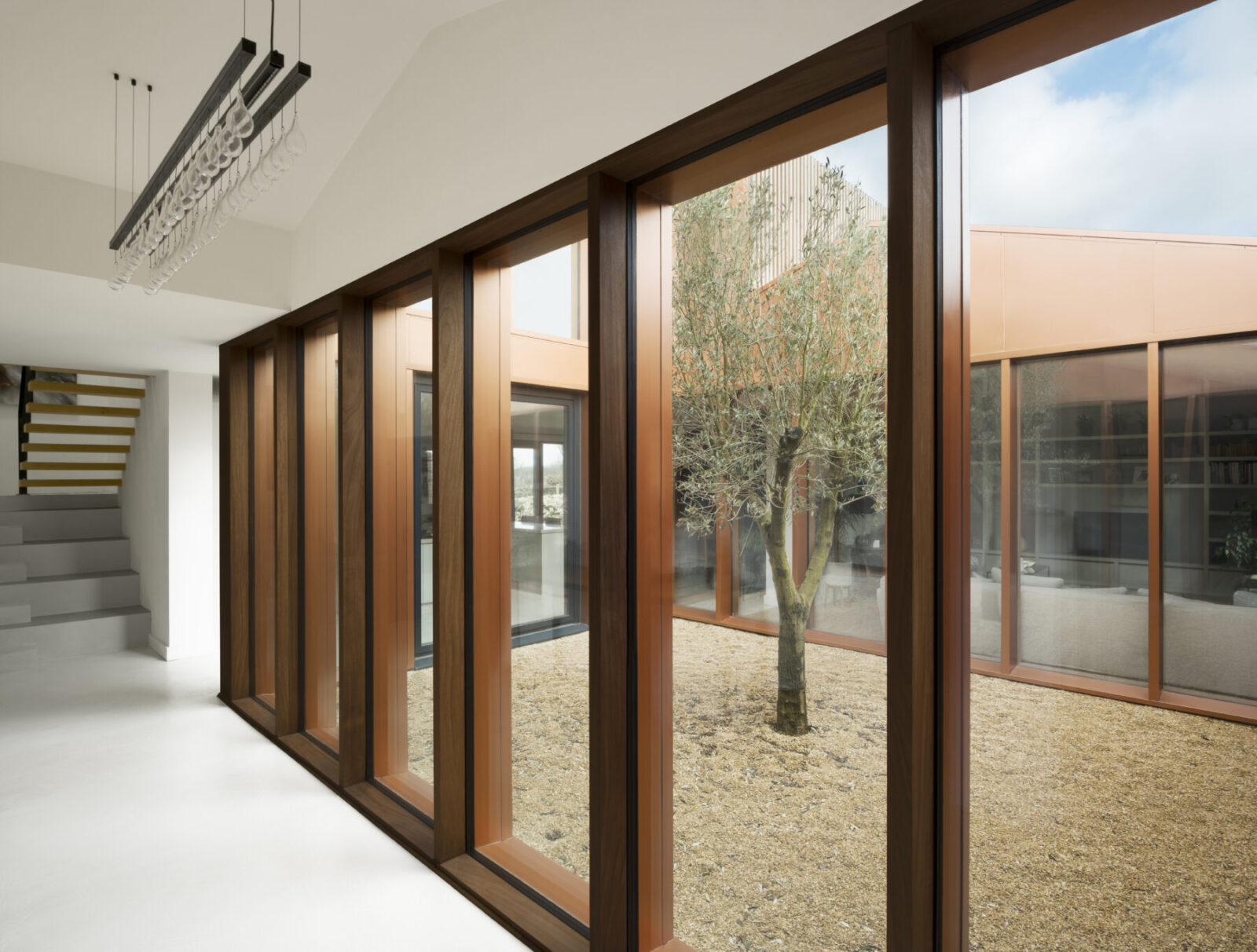 This sensitive material treatment deconstructs the expansive façade, adding texture and interest – a principle echoed in the indentation of the stone walling at the front entrance. In both material choices, the studio have envisaged a slow process of weathering and age that will further embed the new home into its rural setting. 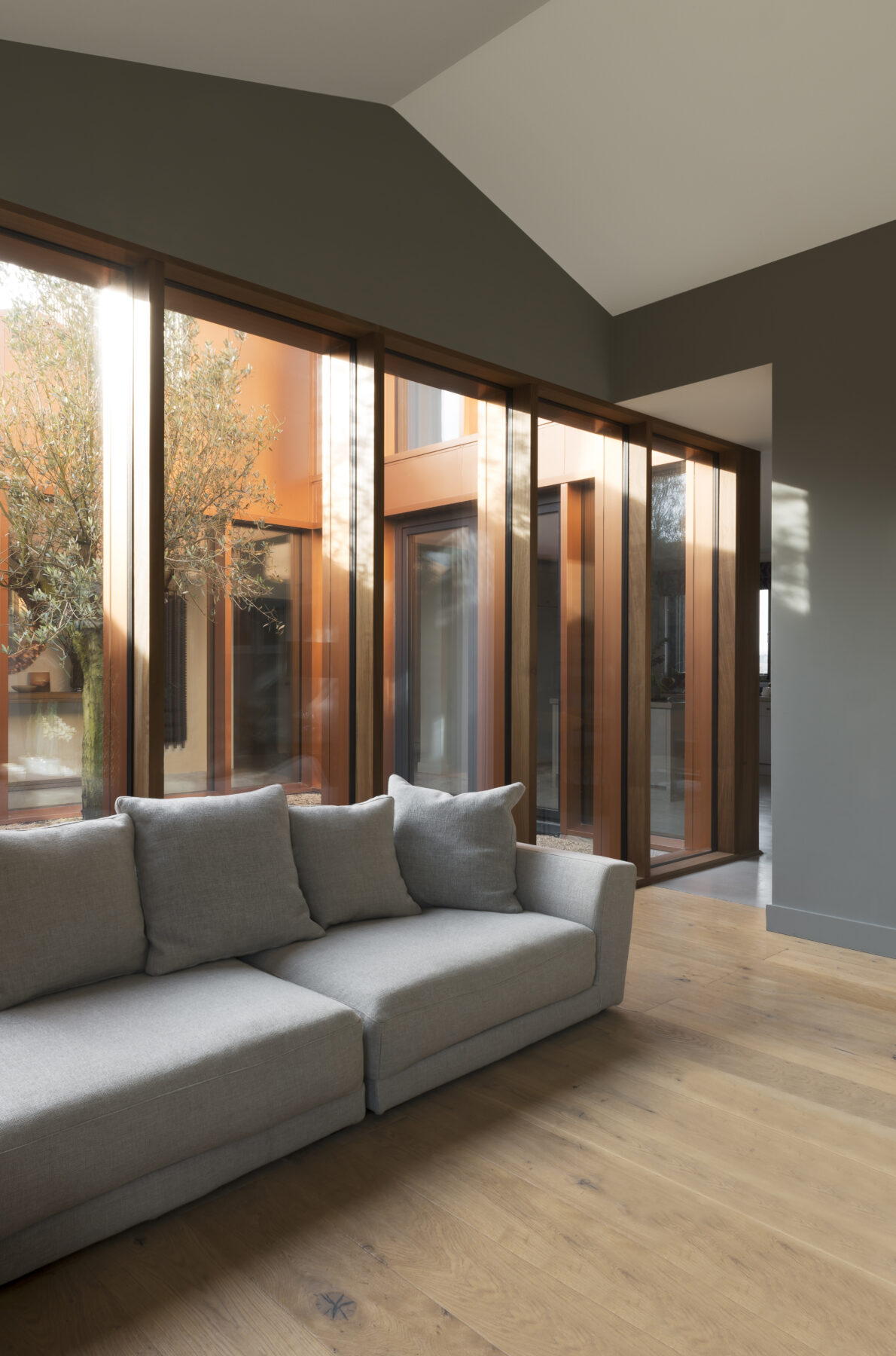 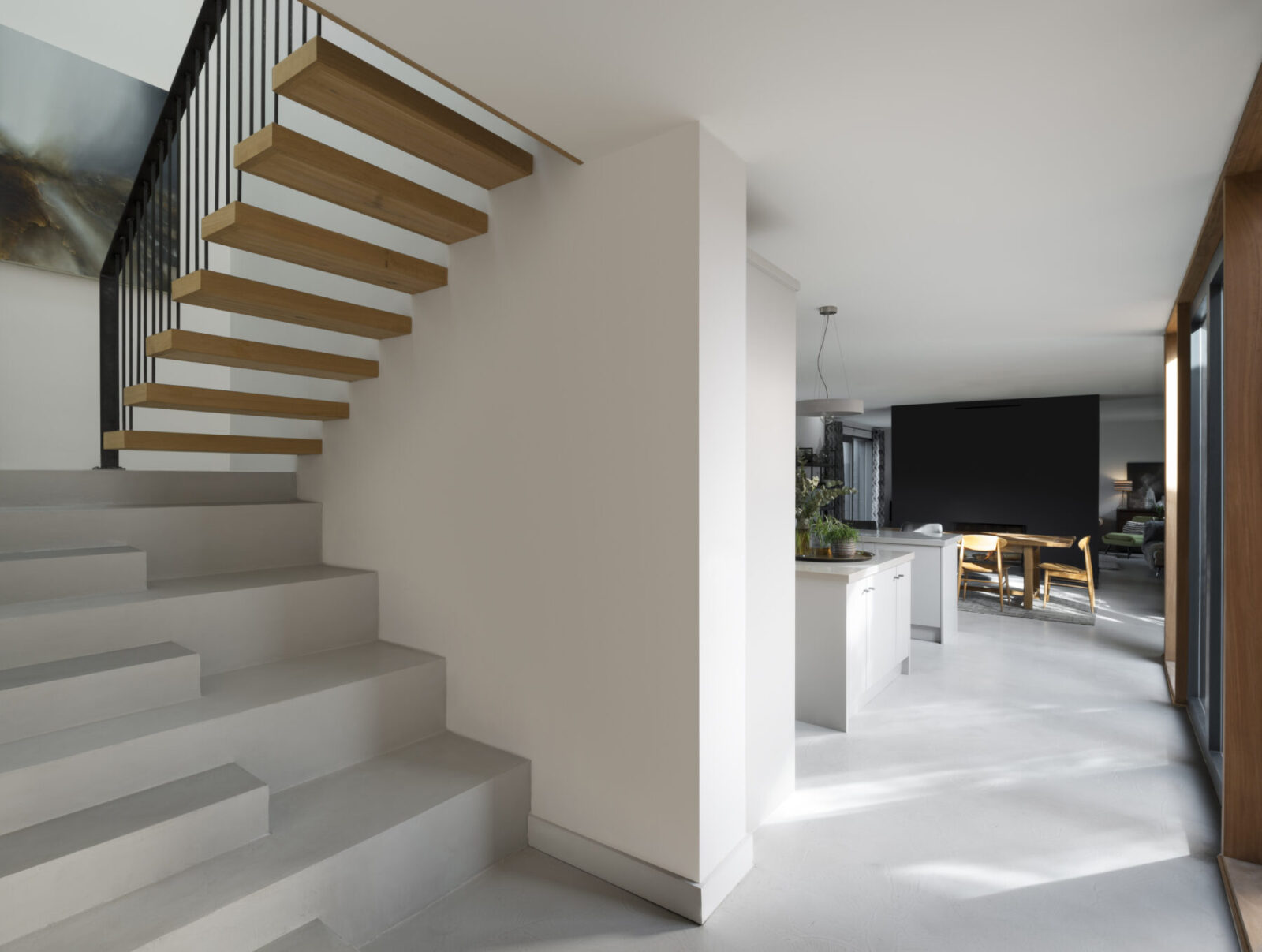 Bureau de Change is an award winning architecture practice founded by Katerina Dionysopoulou and Billy Mavropoulos. Its work is a direct product of the founders’ upbringing, passions and experiences – combining the pragmatism and formality of their architectural training with a desire to bring a sense of theatre, playfulness and innovation to the design of spaces, products and environments. The result is a studio where rigorous thinking and analysis are brought to life through prototyping, testing and making. 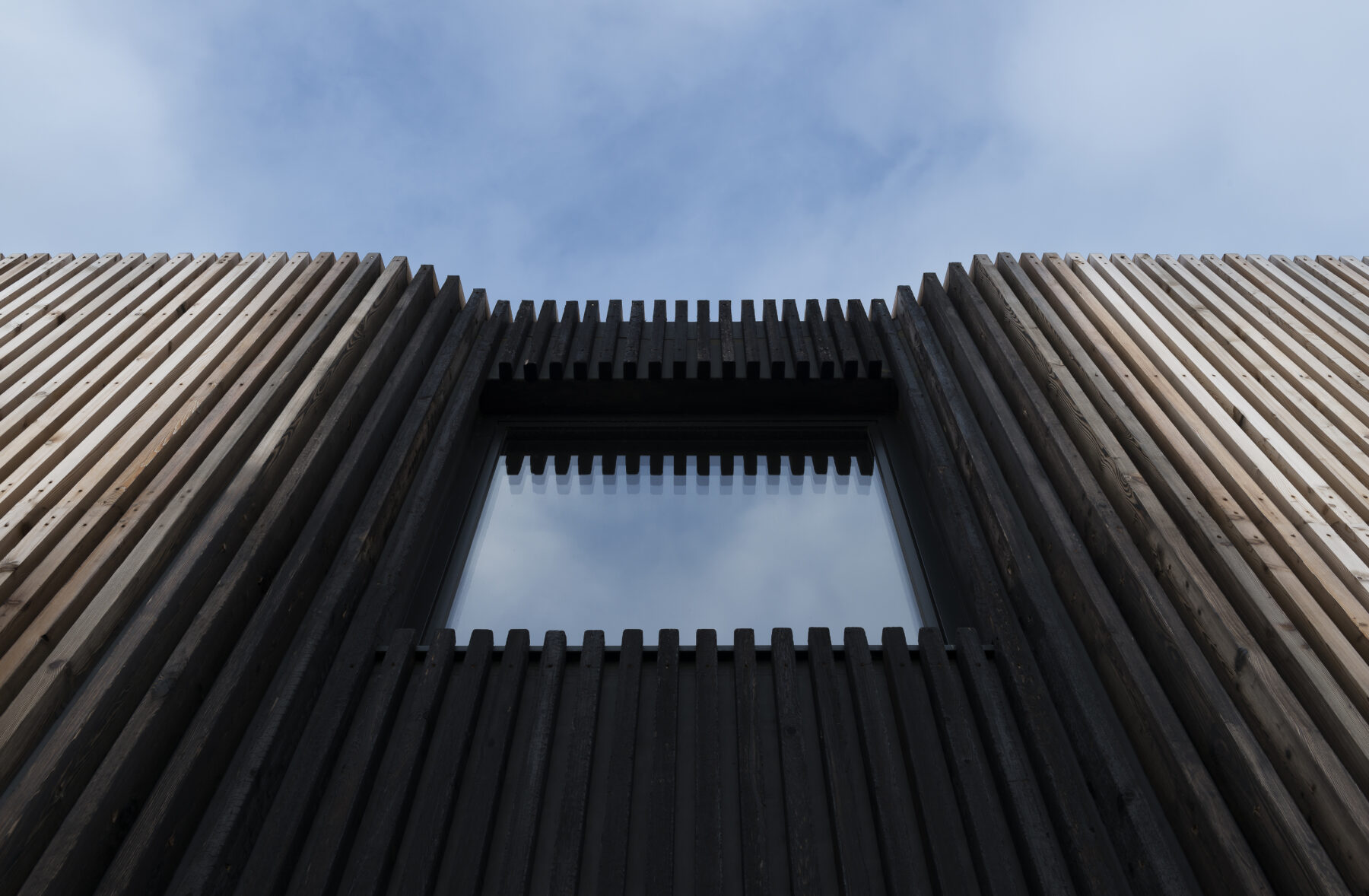 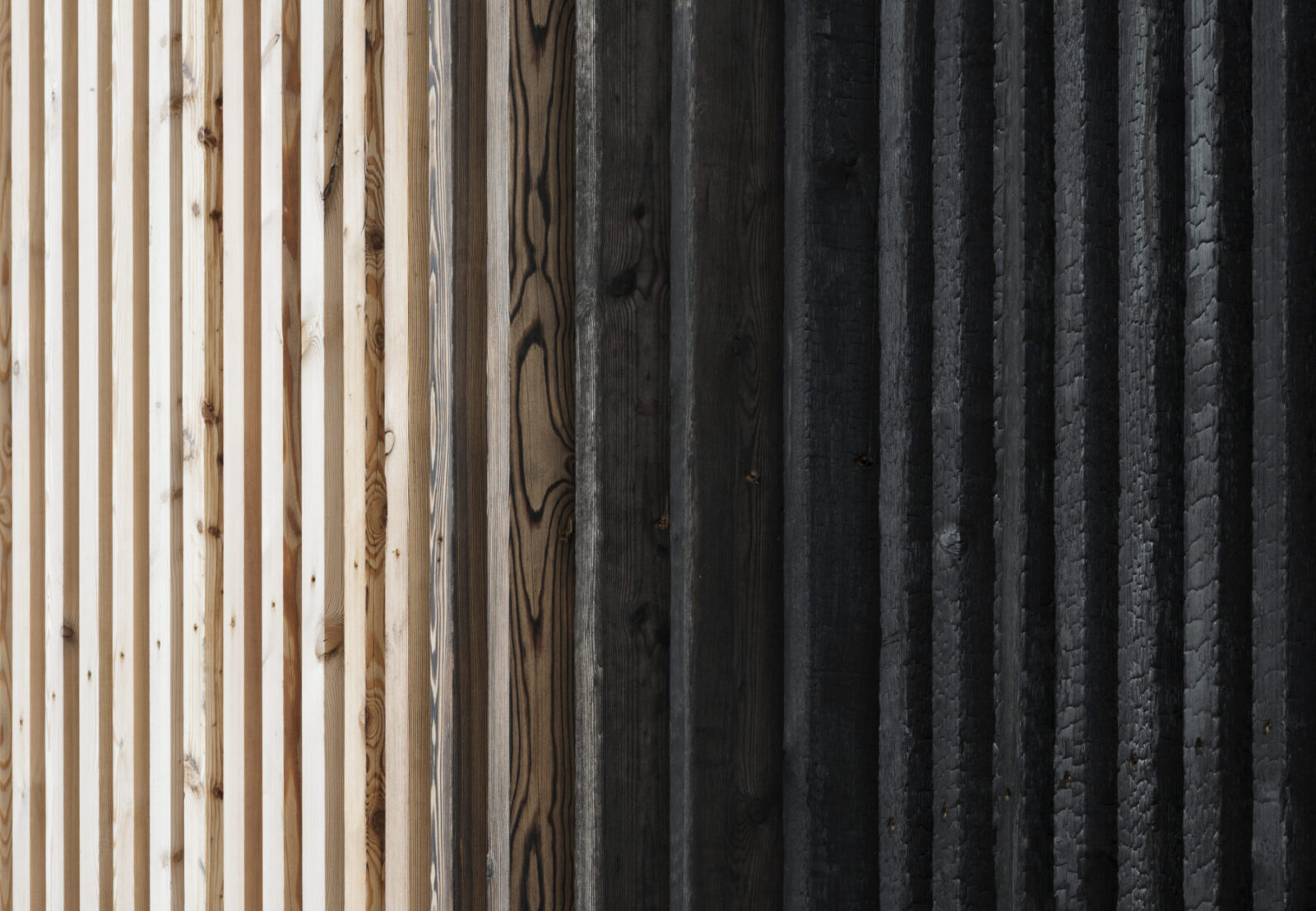