Kamiuma House is a minimalist residence designed by CHOP + ARCHI and completed in 2017  in Tokyo, Japan.
Located in a dense residential district in Tokyo, this property is distinguished by its triangular shape formed by two roads meeting at a sharp angle.

The clients, a couple and their daughter, wanted a house that balanced privacy with the right amount of connection to the surrounding environment, while also controlling environmental elements like the direct sun that results from its location on a south-eastern corner lot bordered by roads on three sides.

They also wanted a layout that made the best possible use of the lot’s unique shape. 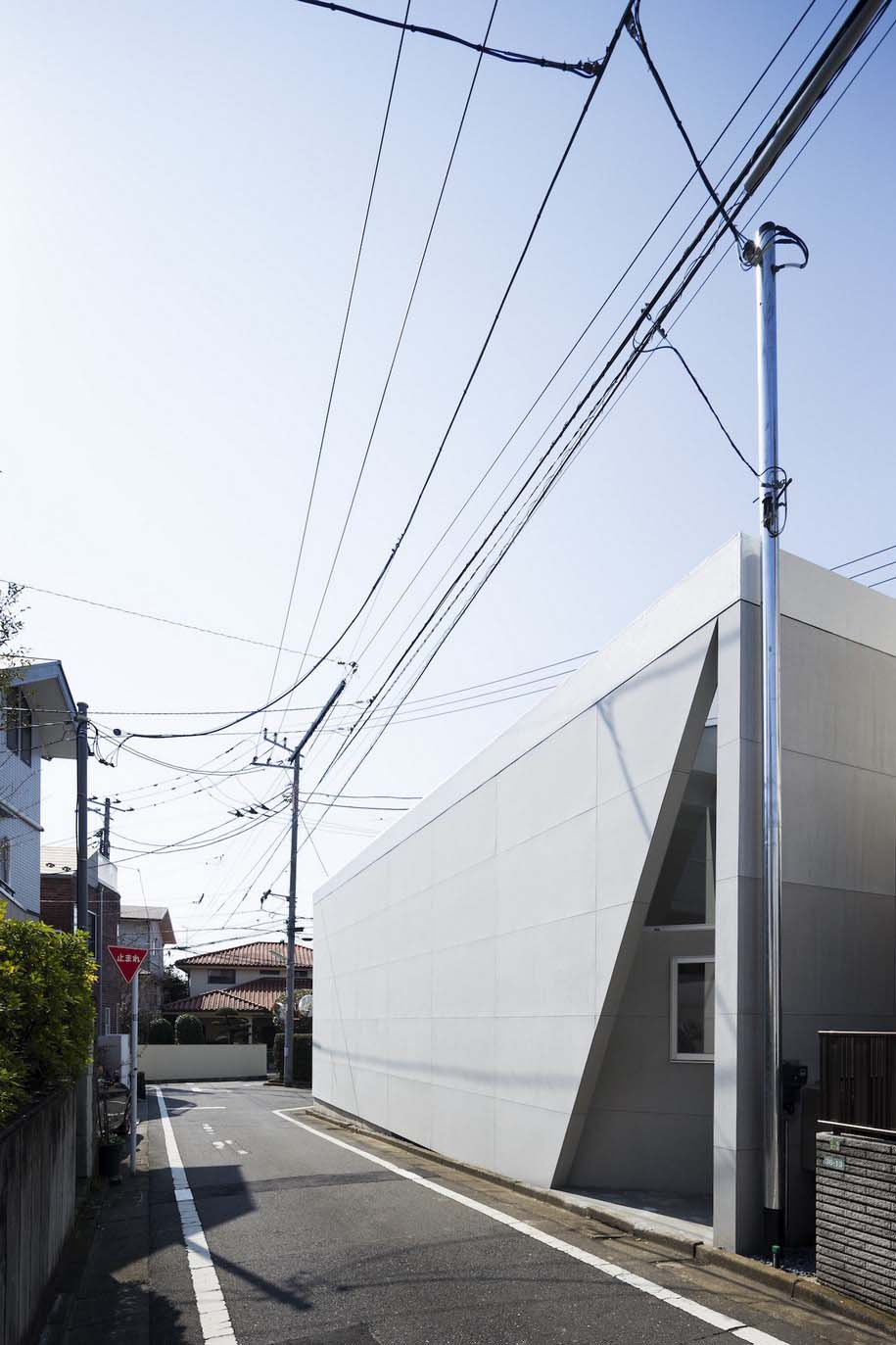 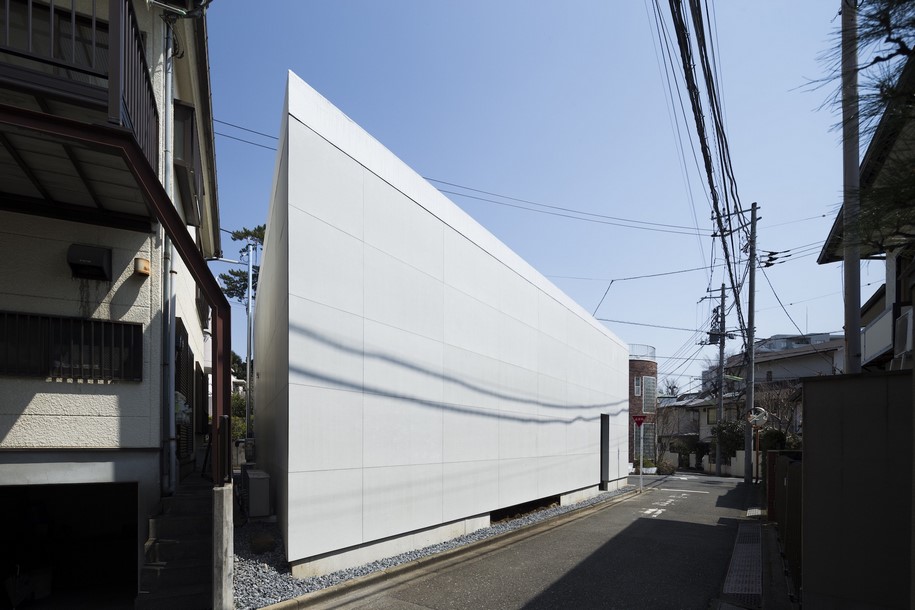 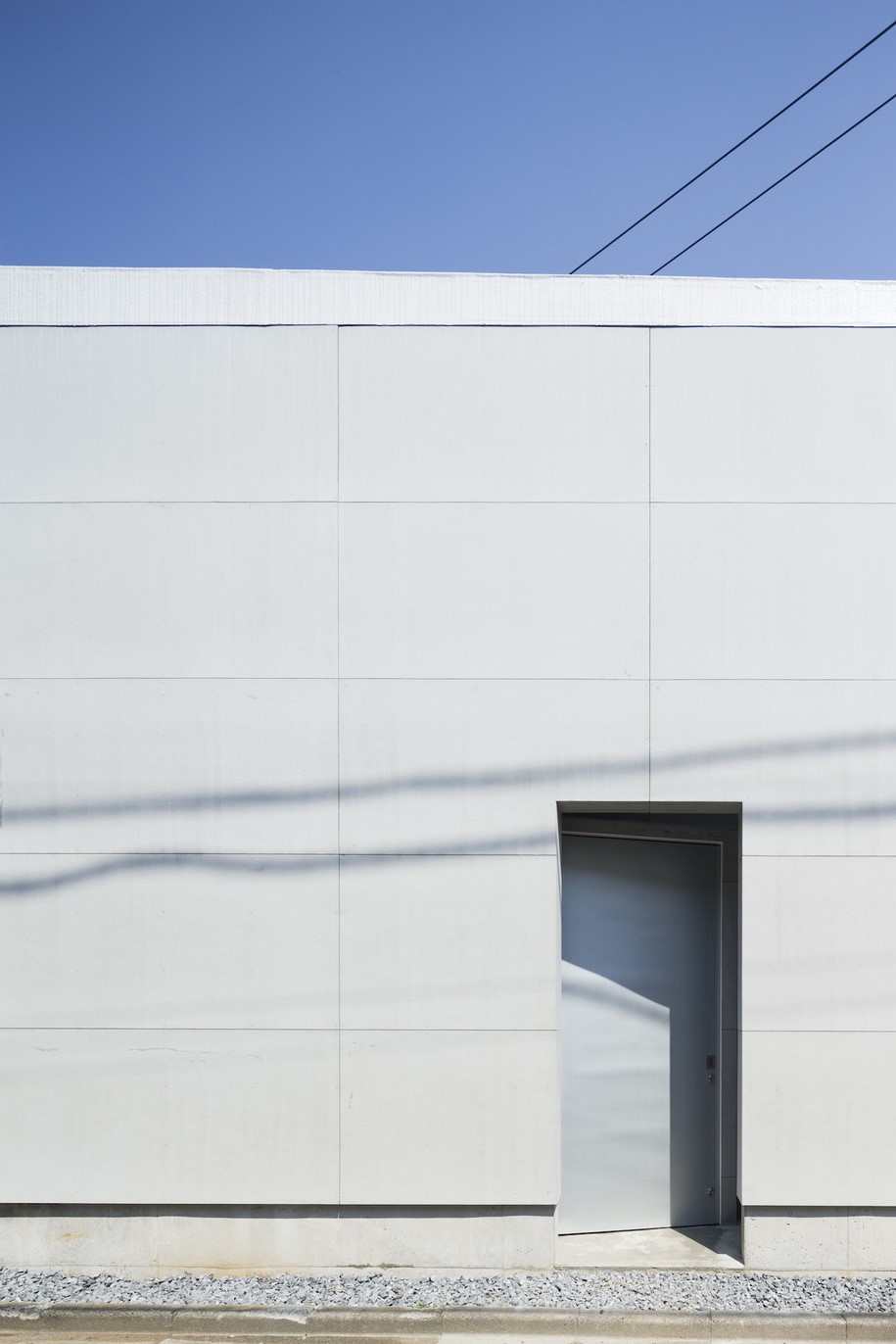 While the location is open, many surrounding residences face towards it, which inevitably creates a feeling of visual pressure. To deal with this, the design includes three voids that serve as intermediary spaces between inside and outside, gently connecting the house to the surrounding neighborhood while still ensuring privacy. 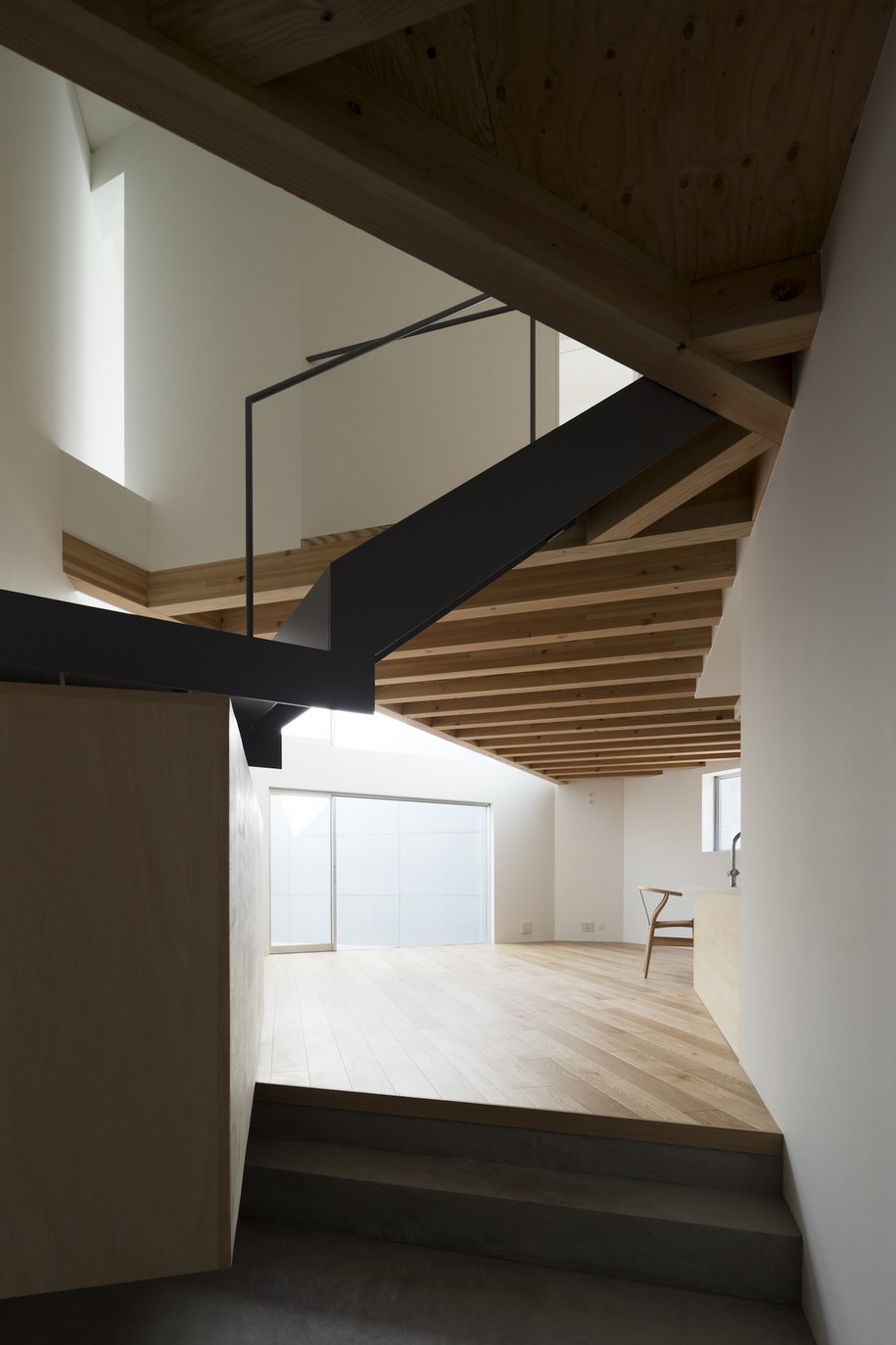 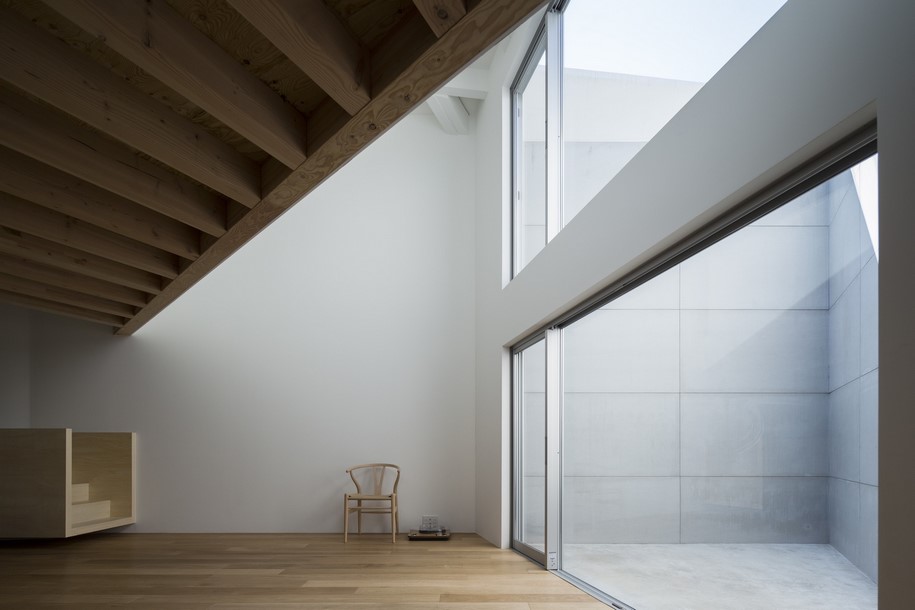 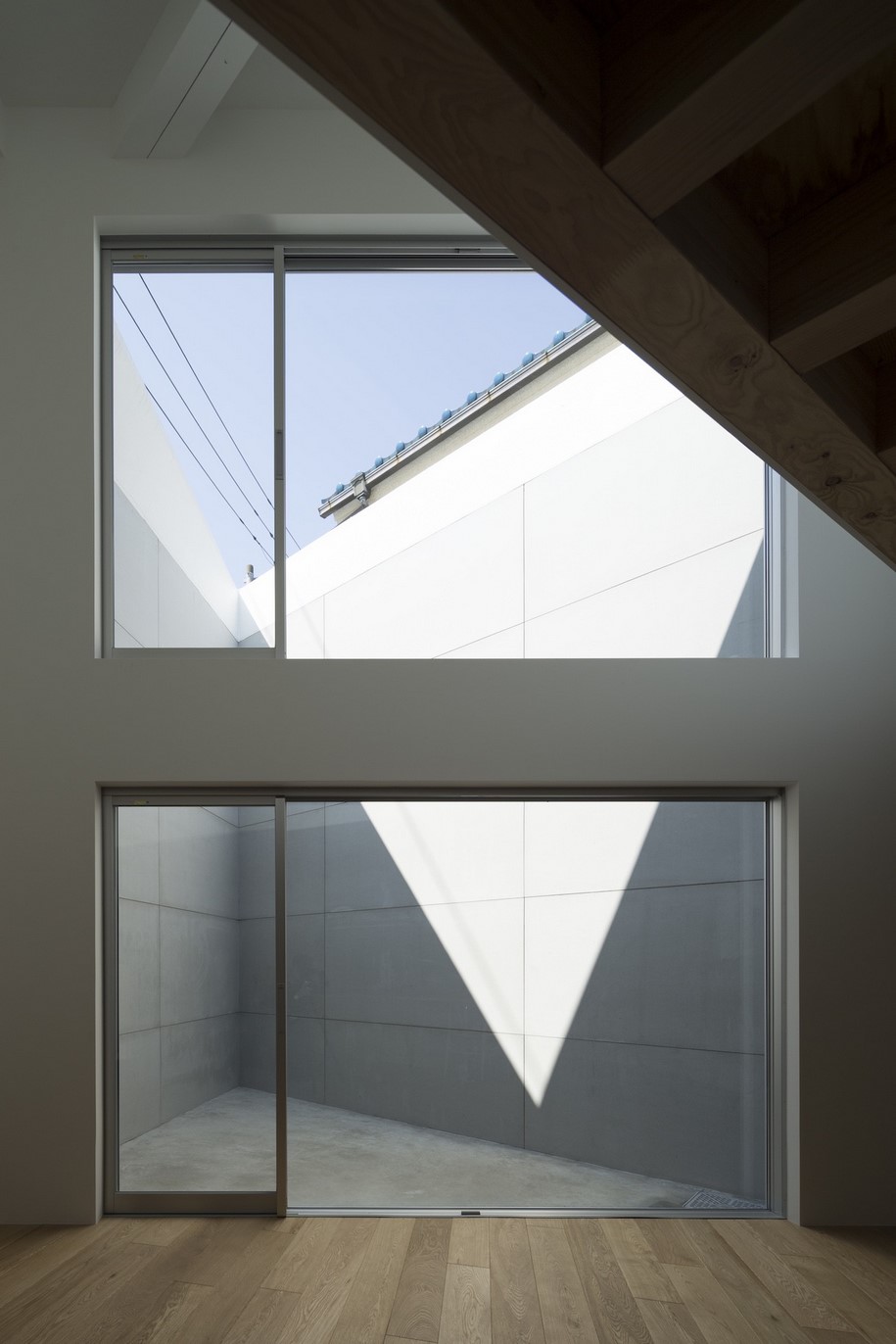 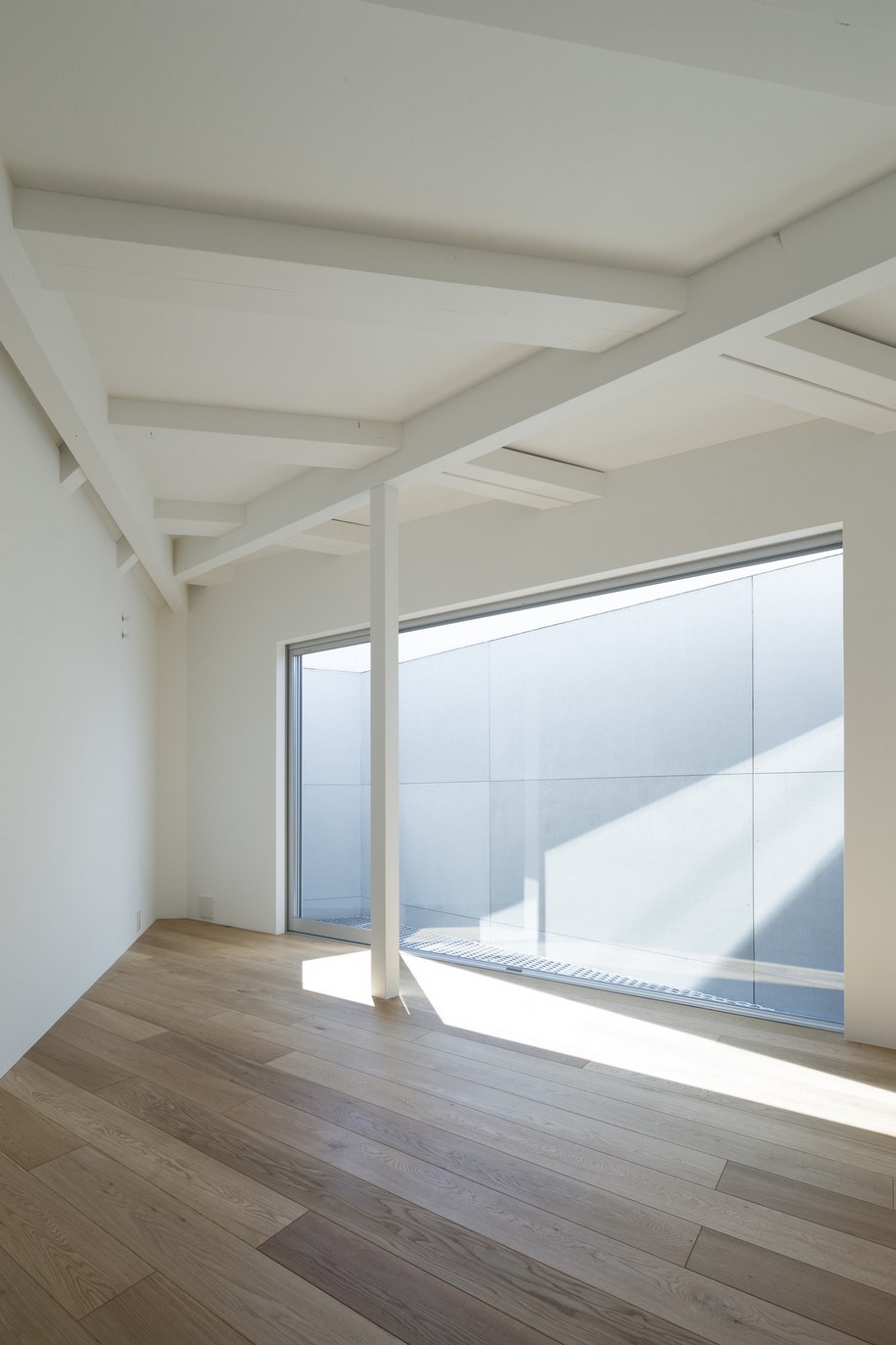 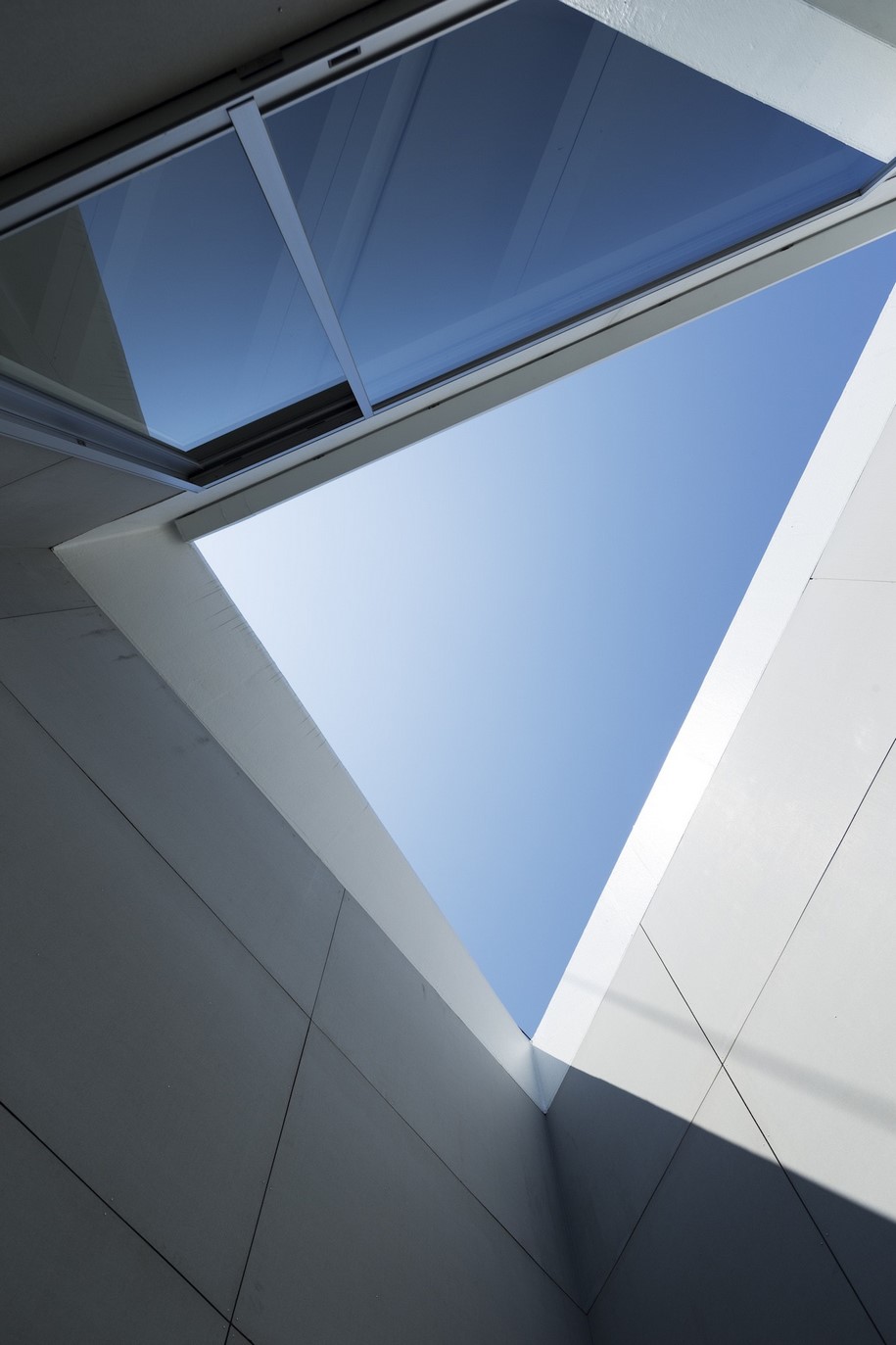 Because buildings on triangular lots tend to include dead space in the acutely angled corners, the three corners in this house are used as exterior voids.

This creates obtuse angles on the interior side, which gives the rooms a softer shape. The structure occupies the entire lot, conforming to the triangular site’s shape to avoid setback regulations. 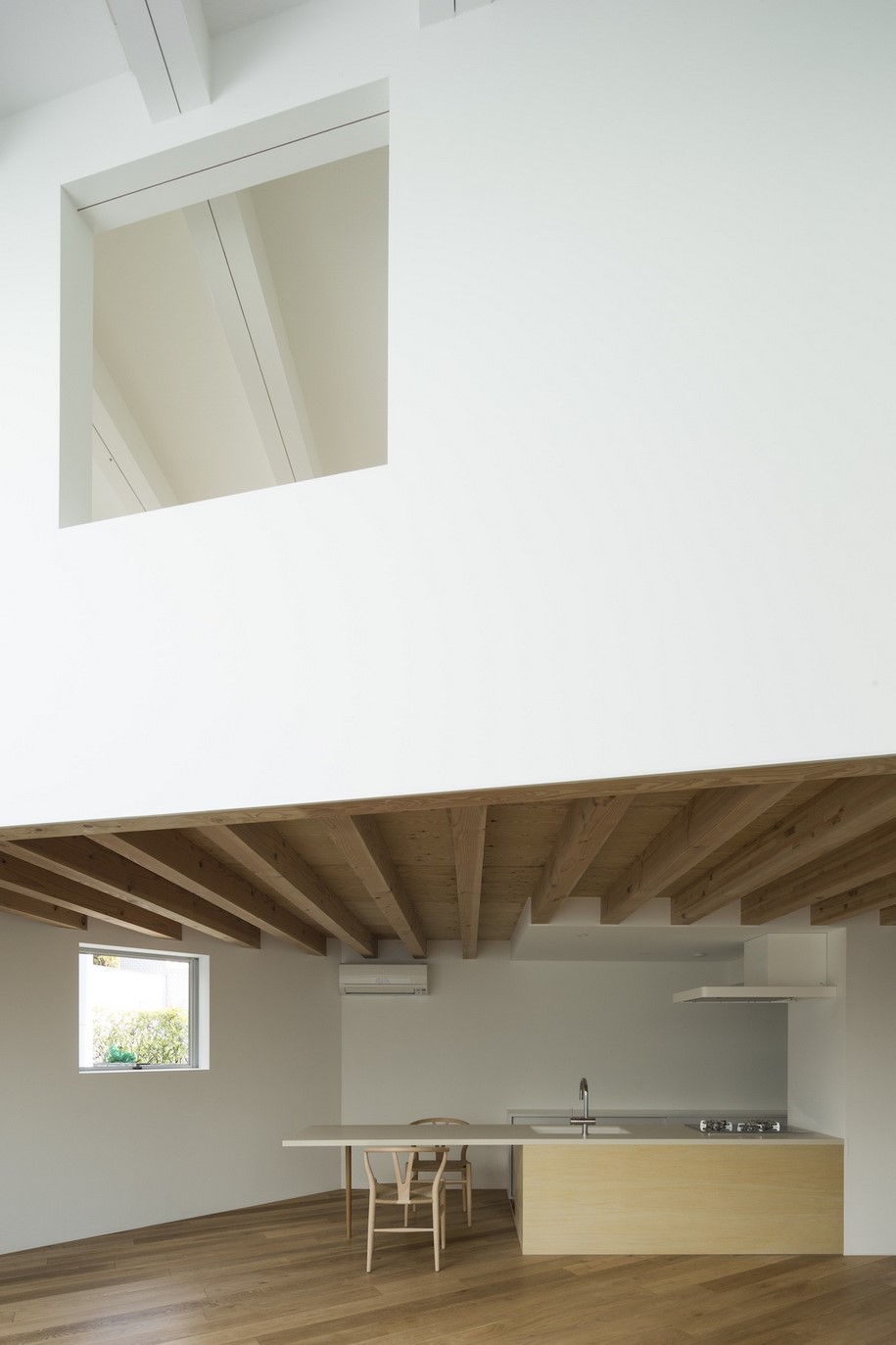 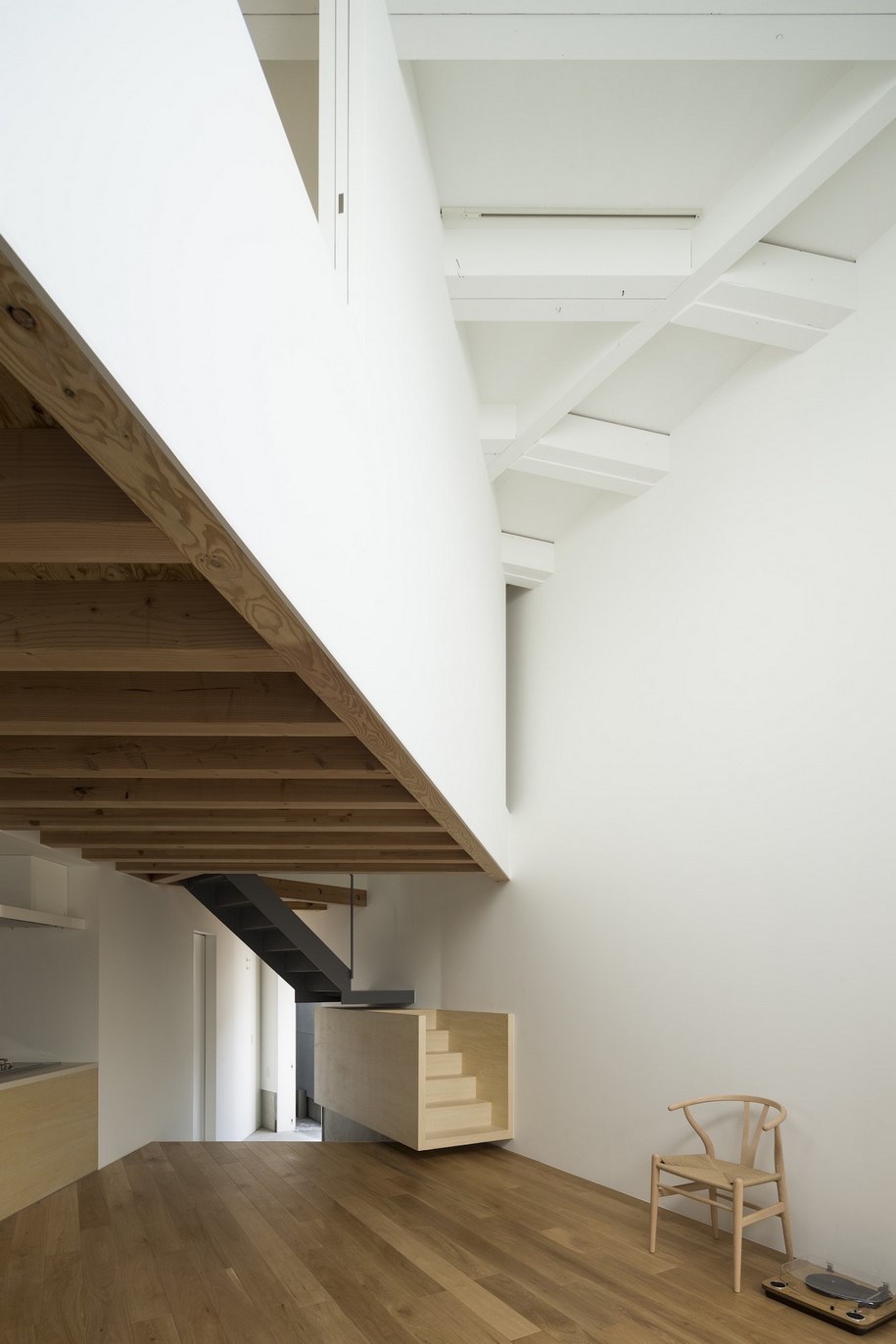 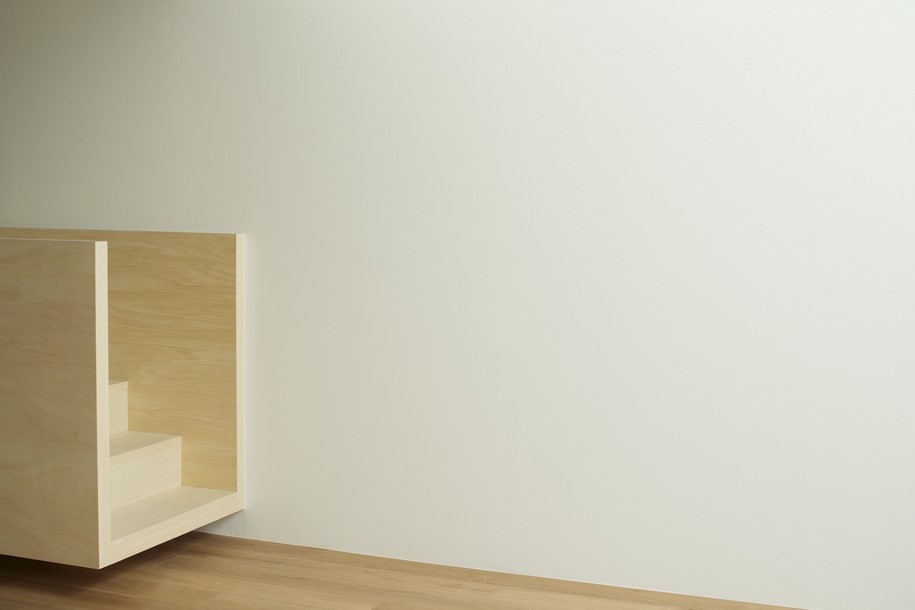 The windows cut into the structure provide another connection to the neighborhood. Then there are the connections created by lines of sight between residents, and connections with the sun, sound, wind, and other elements of the natural environment. 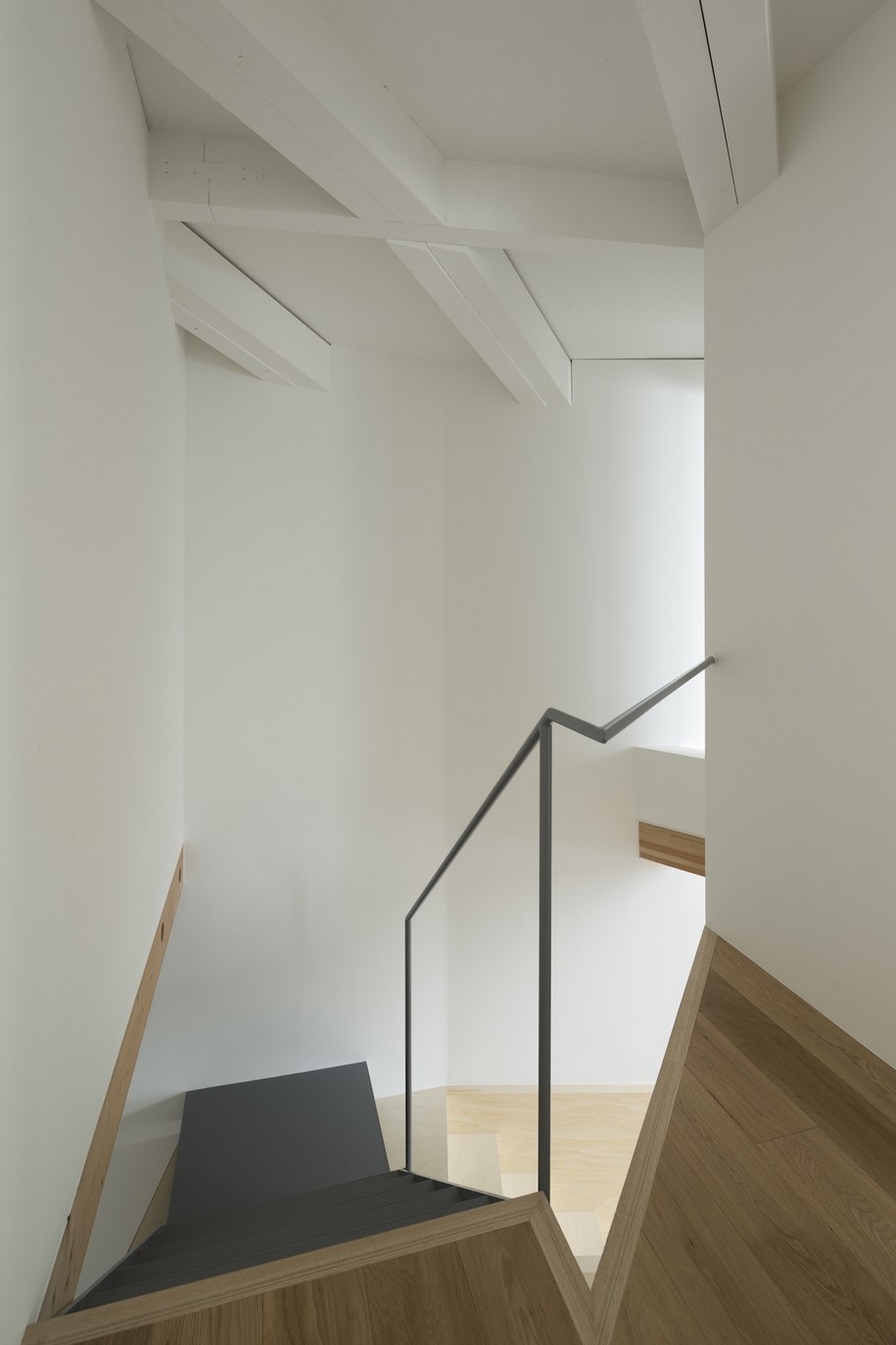 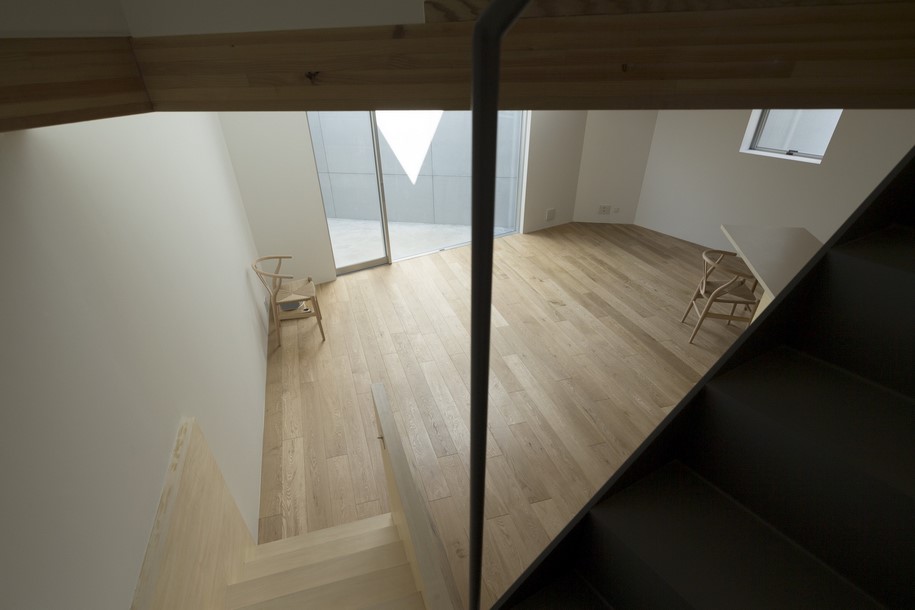 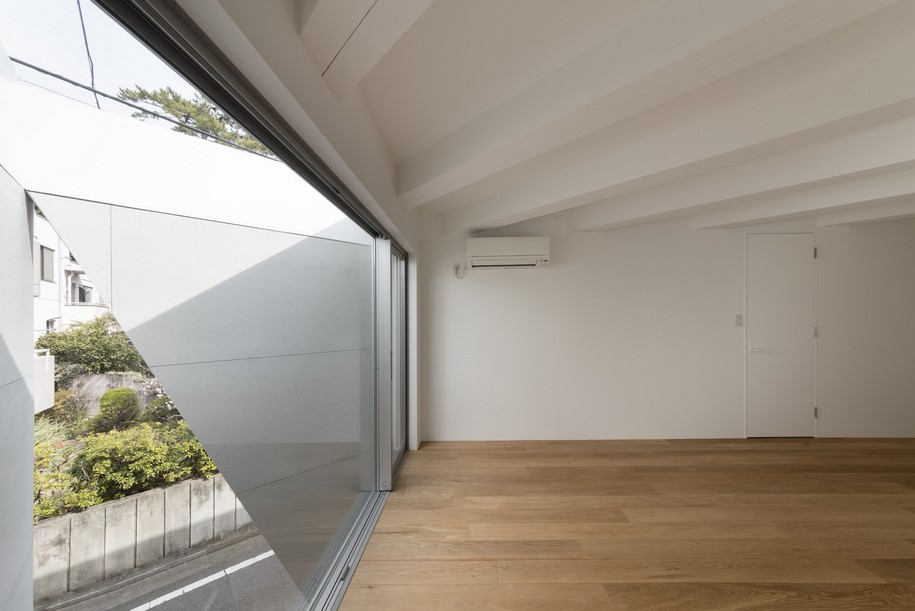 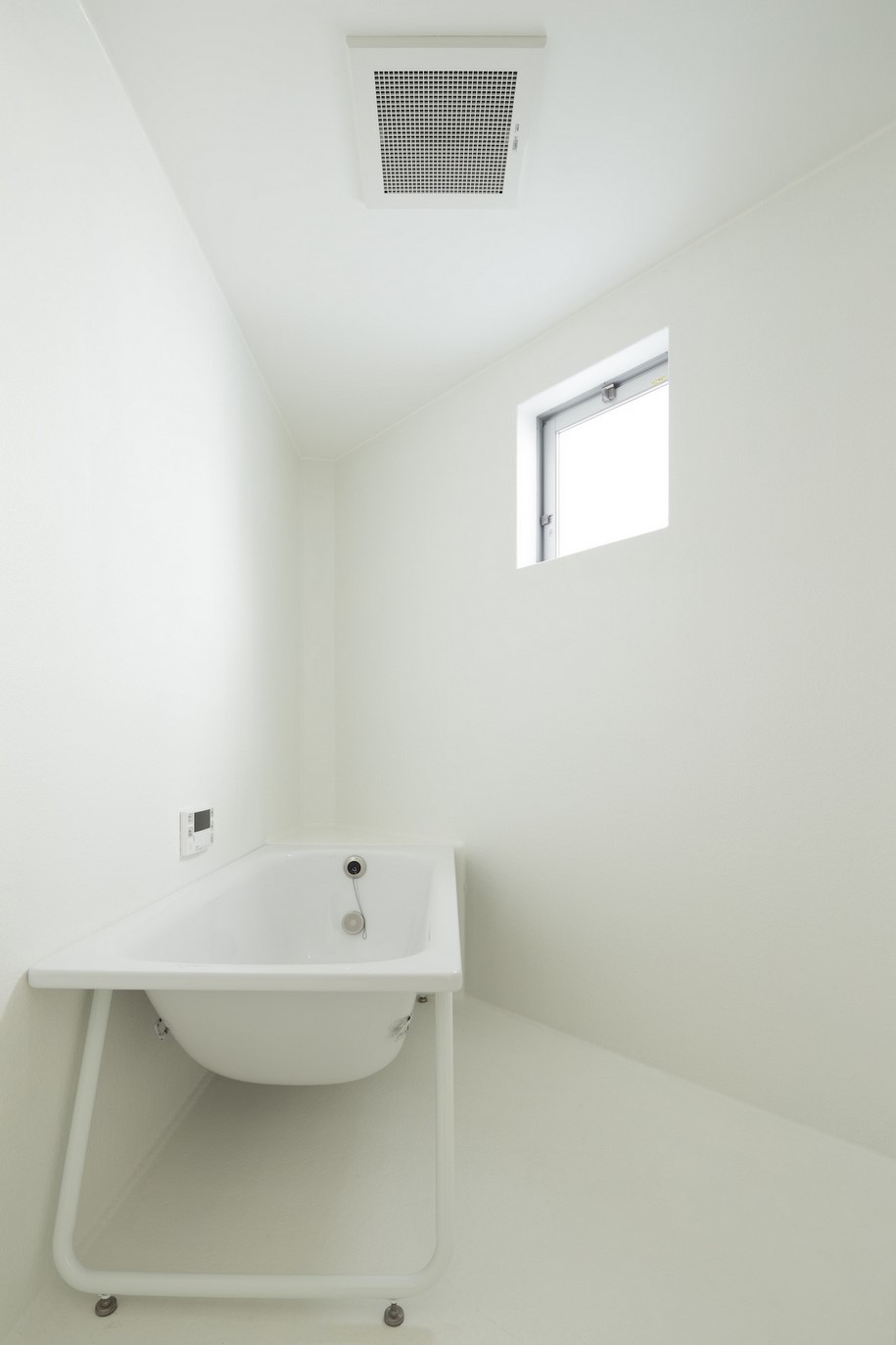 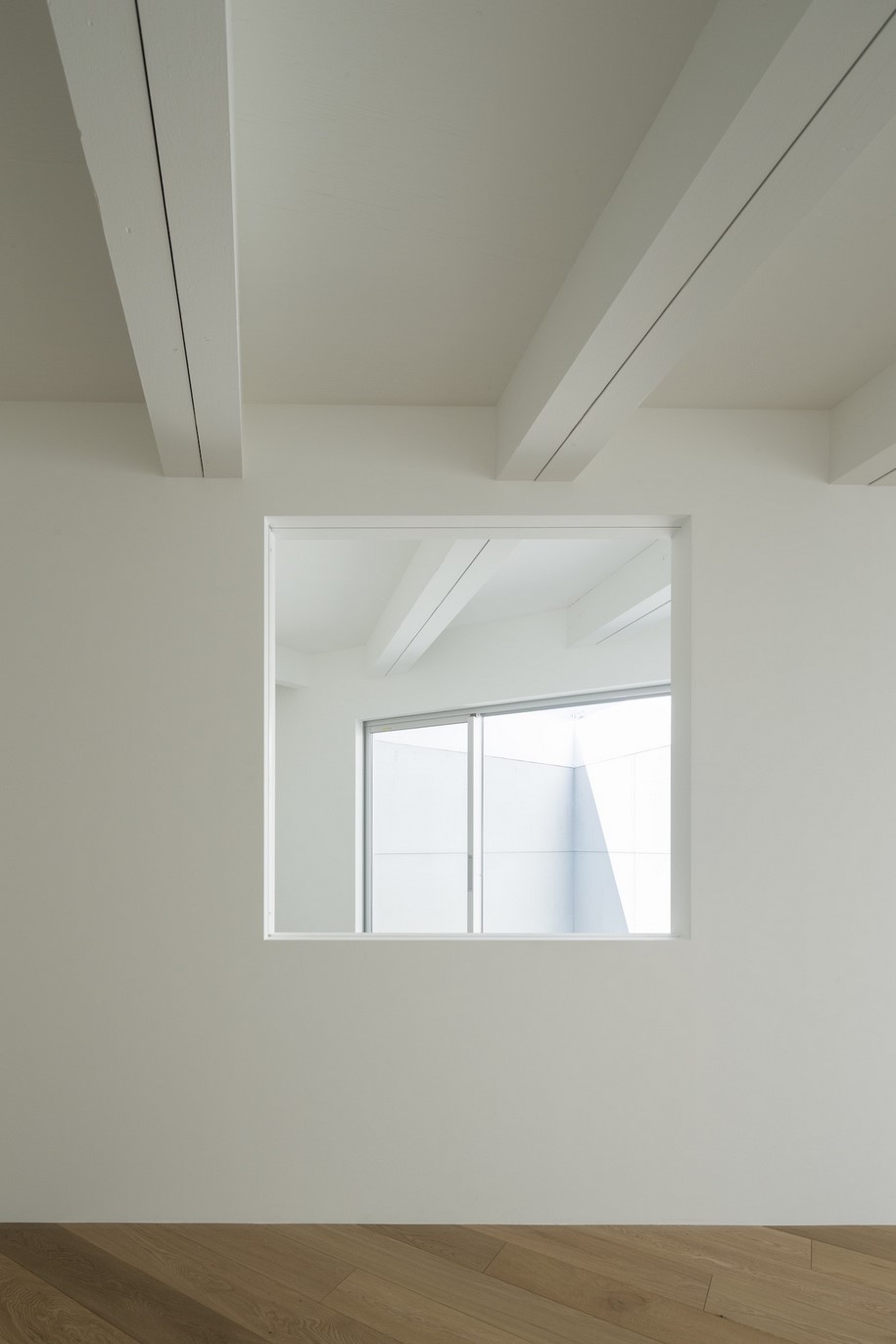 The three voids modulate relationships between these elements of the interior and exterior.

This modulation enables just the right degree of interaction, and ultimately, leads to harmonious coexistence with the surrounding environment. 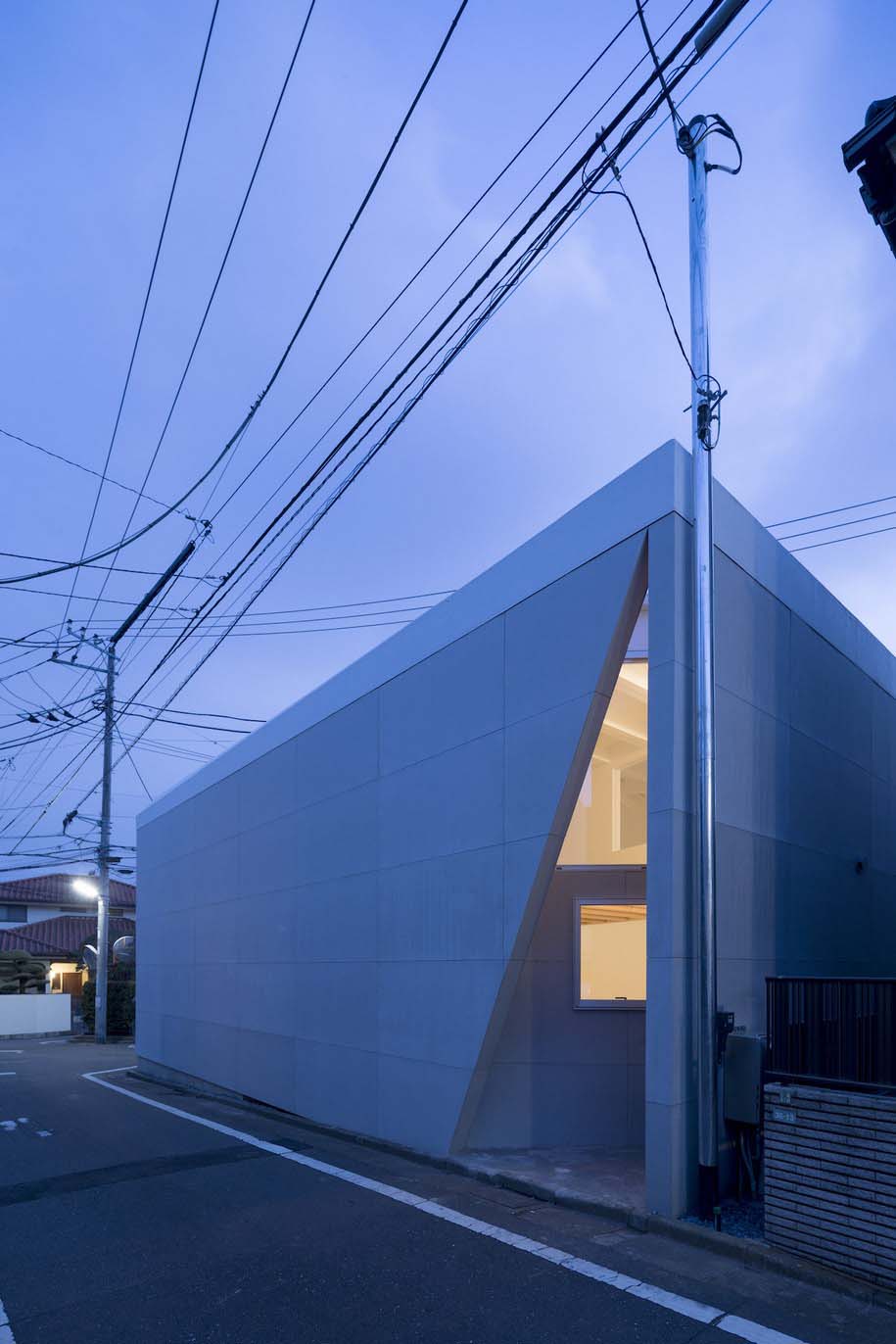 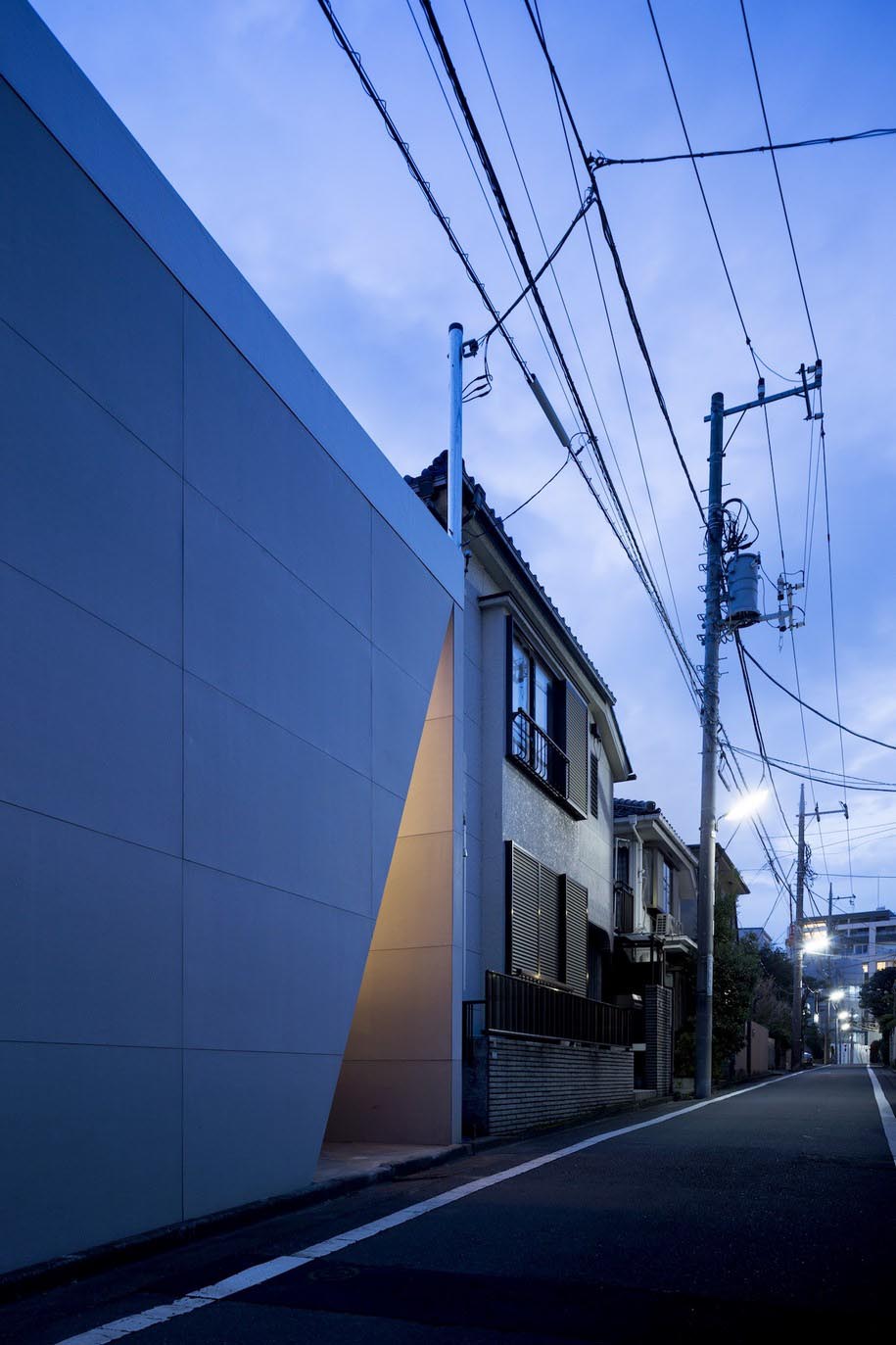 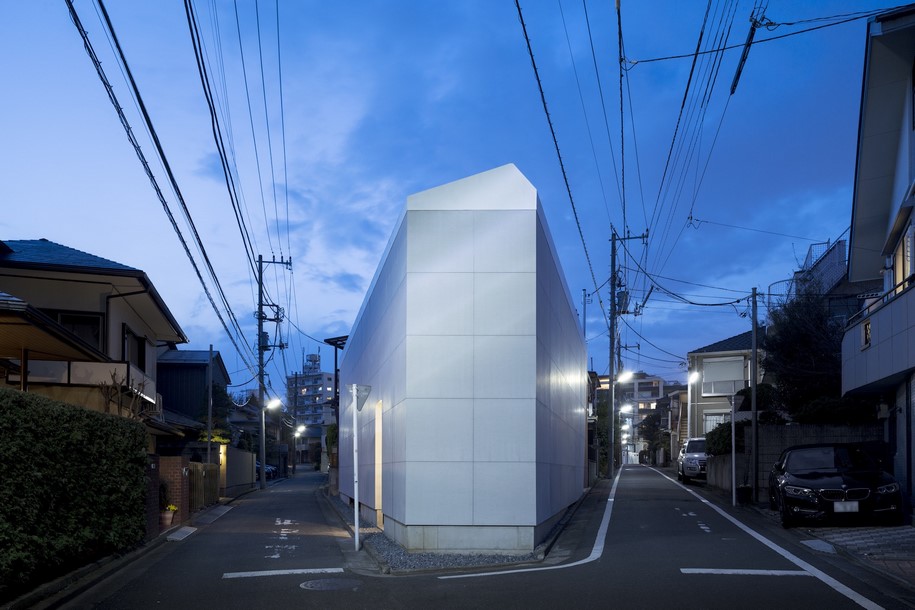 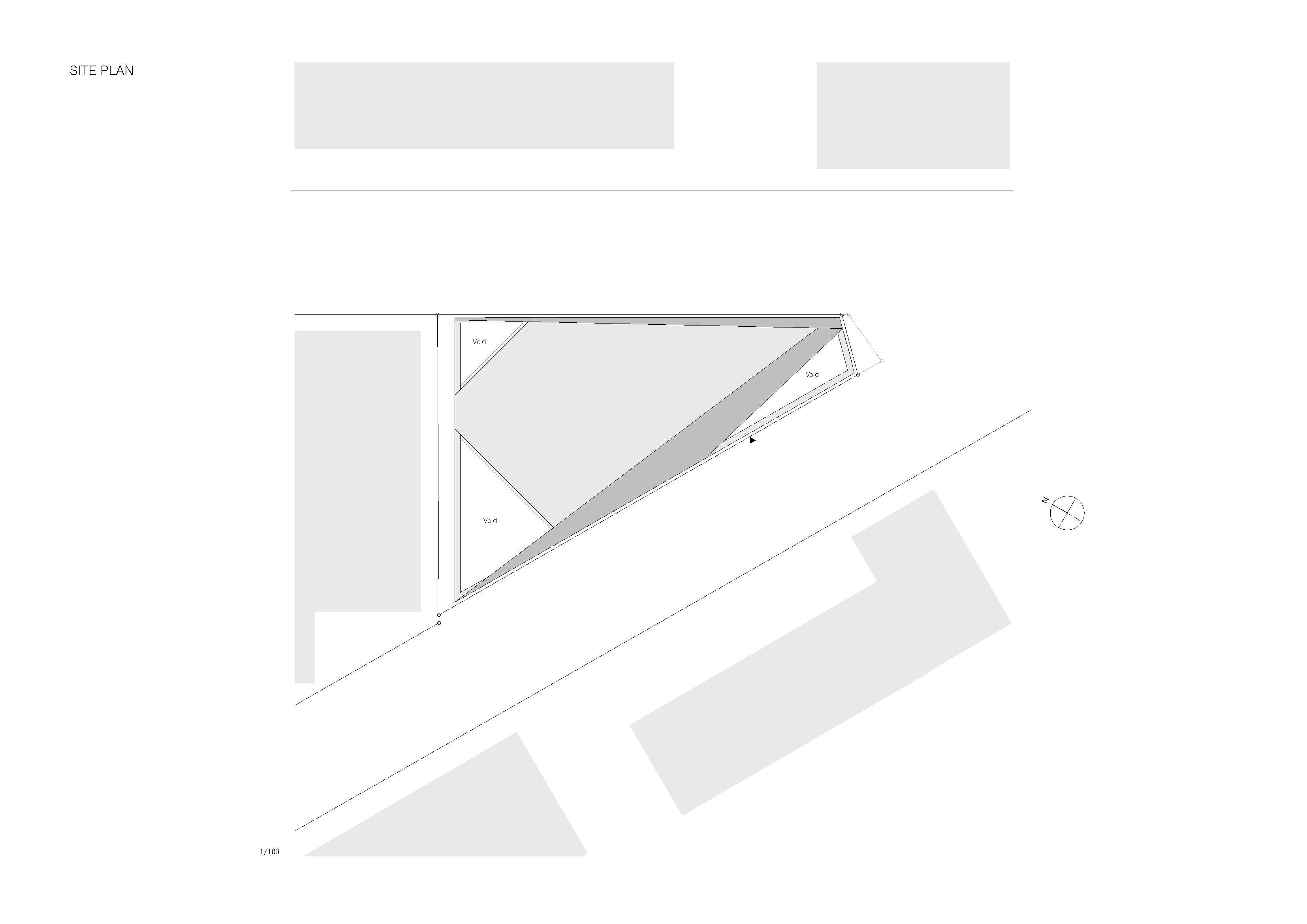 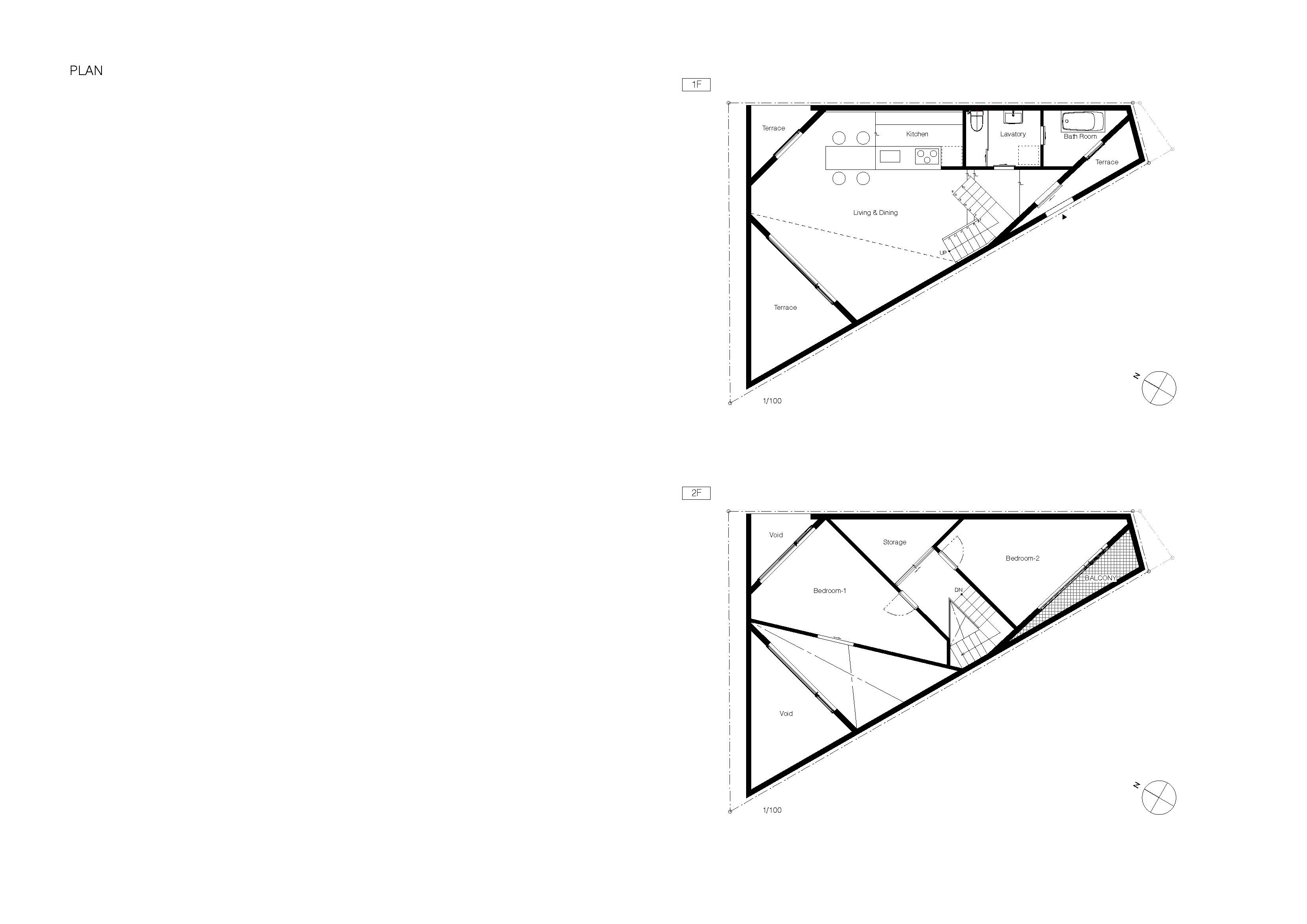 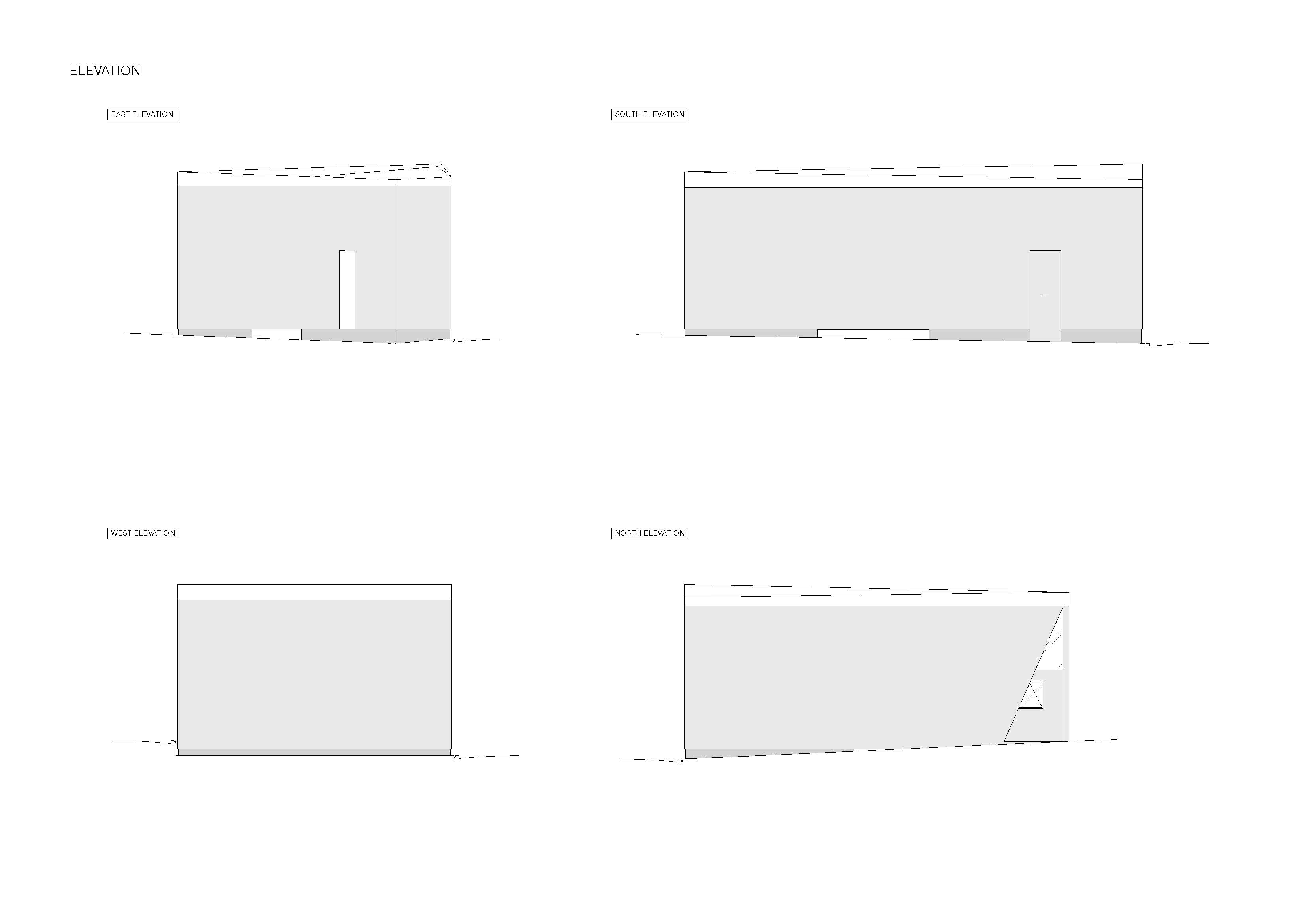 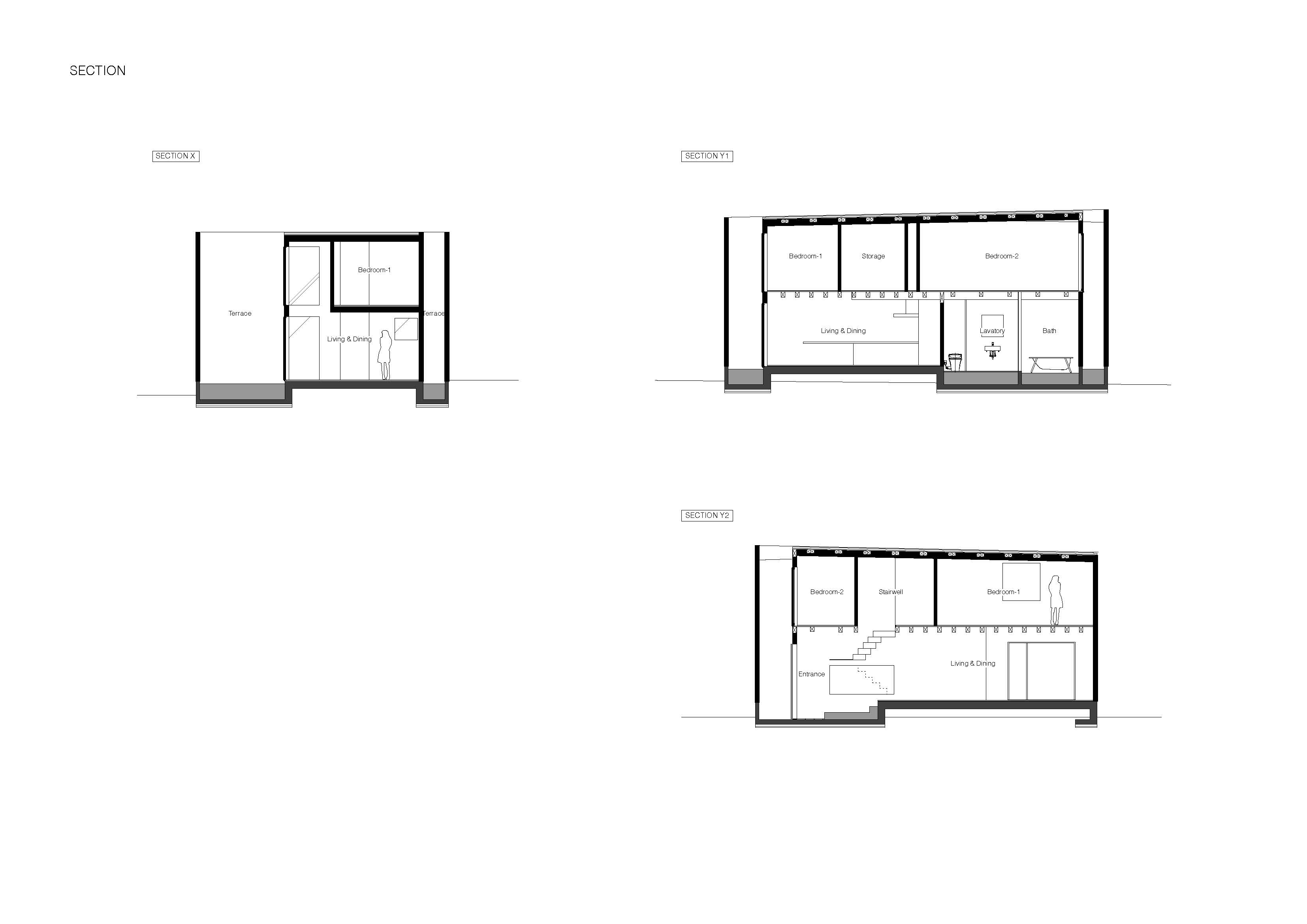