Matteo Serra, Mirko Santoni & Andrea Ruggieri designed KAIRA KORA: a place of worship for three religions in Senegal. The project’s aim lies in the belief that a single holy place can host different religions (muslims, catholics and animists), a single instrument able to emit different notes of a same chord, a peace’s harp: Kaira Kora.
-text by the authors

The Griot safeguards the community’s tradition that is conserved through the usage of the words.
This poet’s tale is accompanied by an instrument called “Kora”.
A sacred place should play a similar role and become the “Instrument of Worship”.
The project’s aim lies in the belief that a single holy place can host different religions (muslims, catholics and animists), a single instrument able to emit different notes of a same chord, a peace’s harp: Kaira Kora. 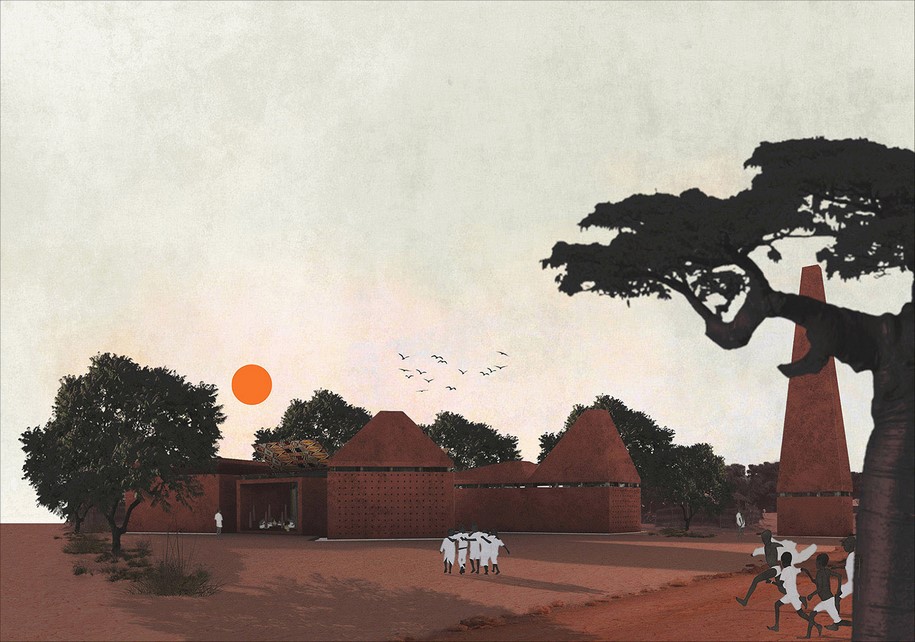 The tradition becomes a design reference in order to achieve an architecture raised from the context. 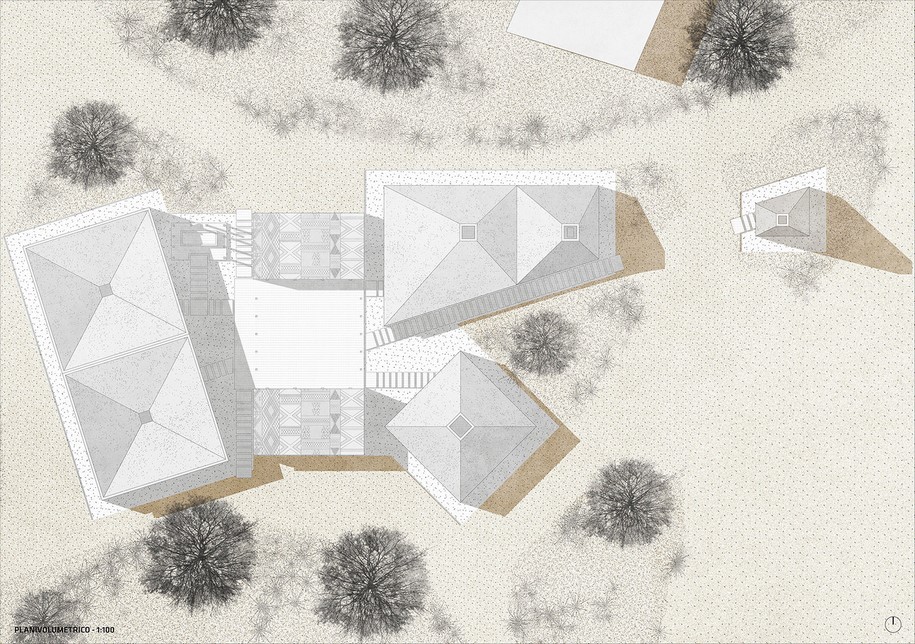 The relationship between the enclosure and the elements contained by it, and the tension they apply on one another are the composition’s principles: from Mundane (exterior) to Holy (interior – open), from Holy to Symbol (building). 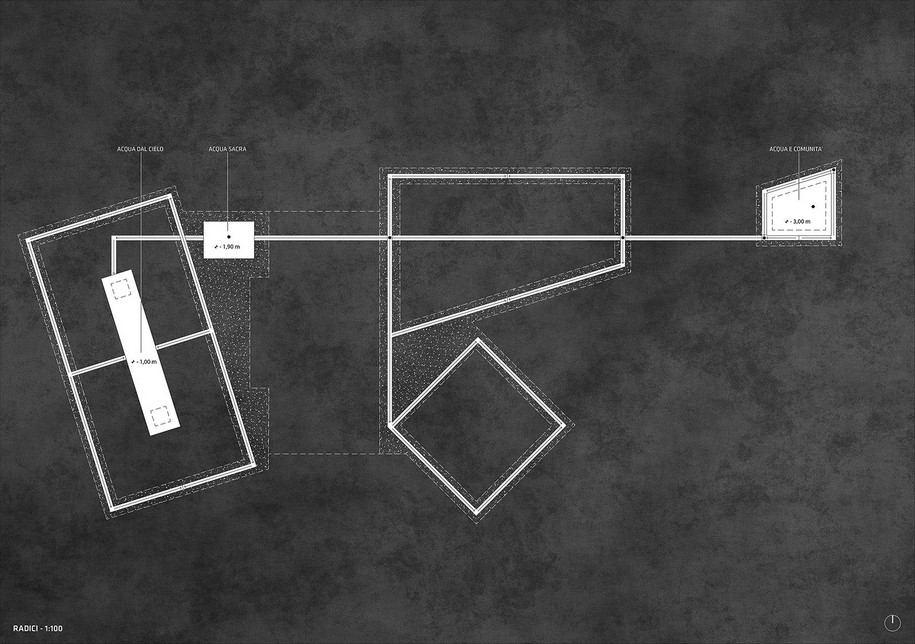 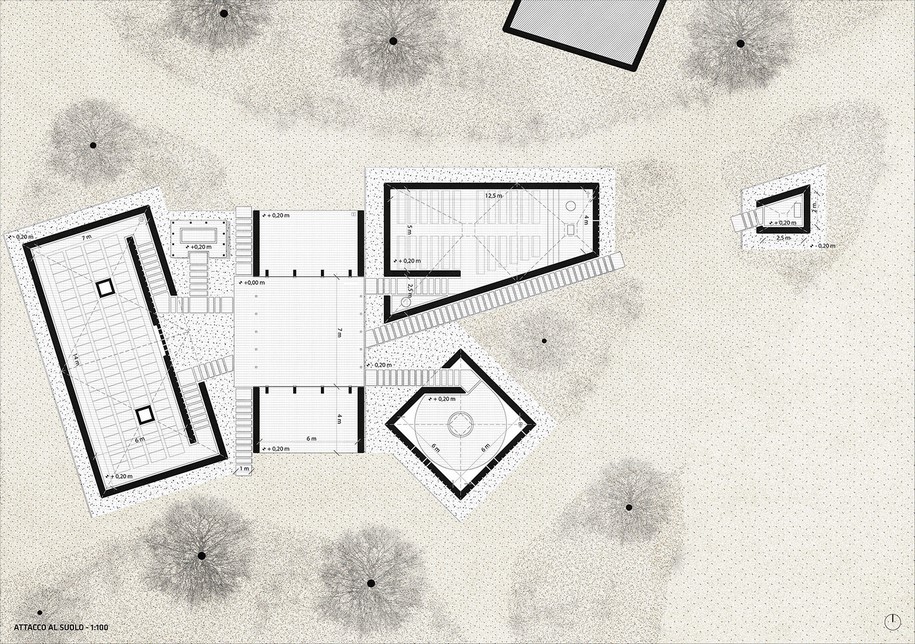 Sheds and metal sheets’ roofs are proposed again in section to achieve the ventilation, the Iight’ s control and articulate the relationship between Earth and Sky.
Only one element is detached from the complex to summon the believers, developing in height and being recognizable from the main street: Minaret, bell tower, totem. 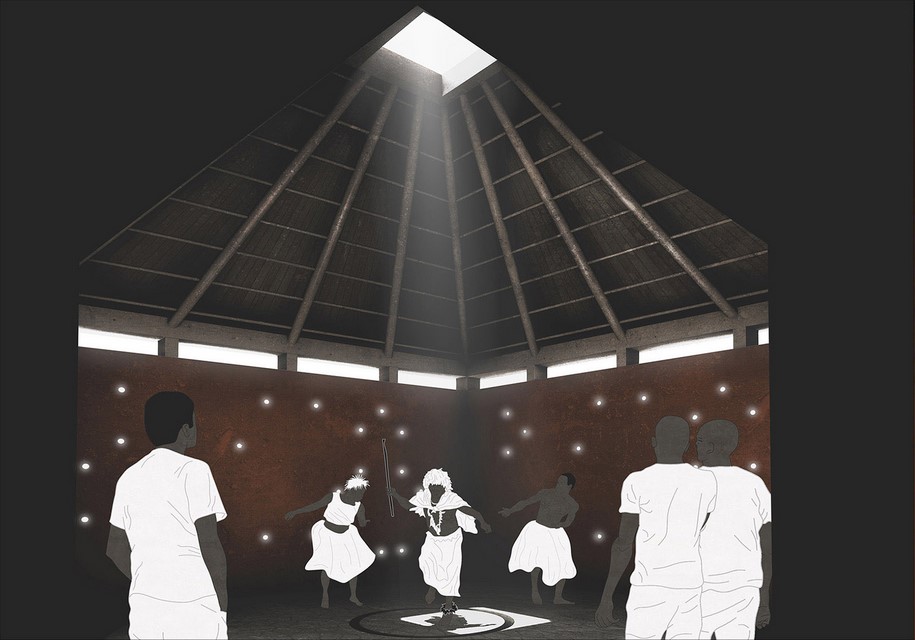 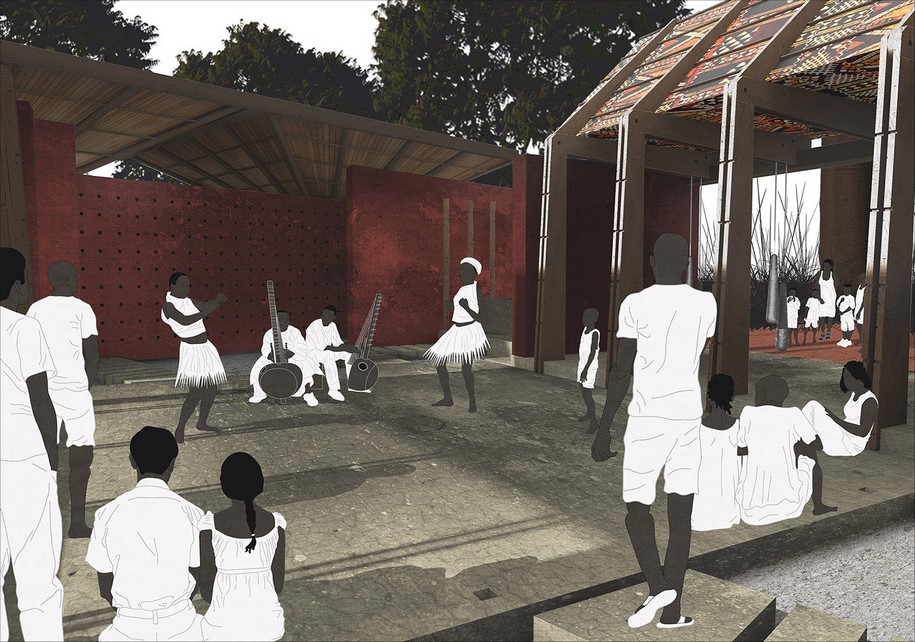 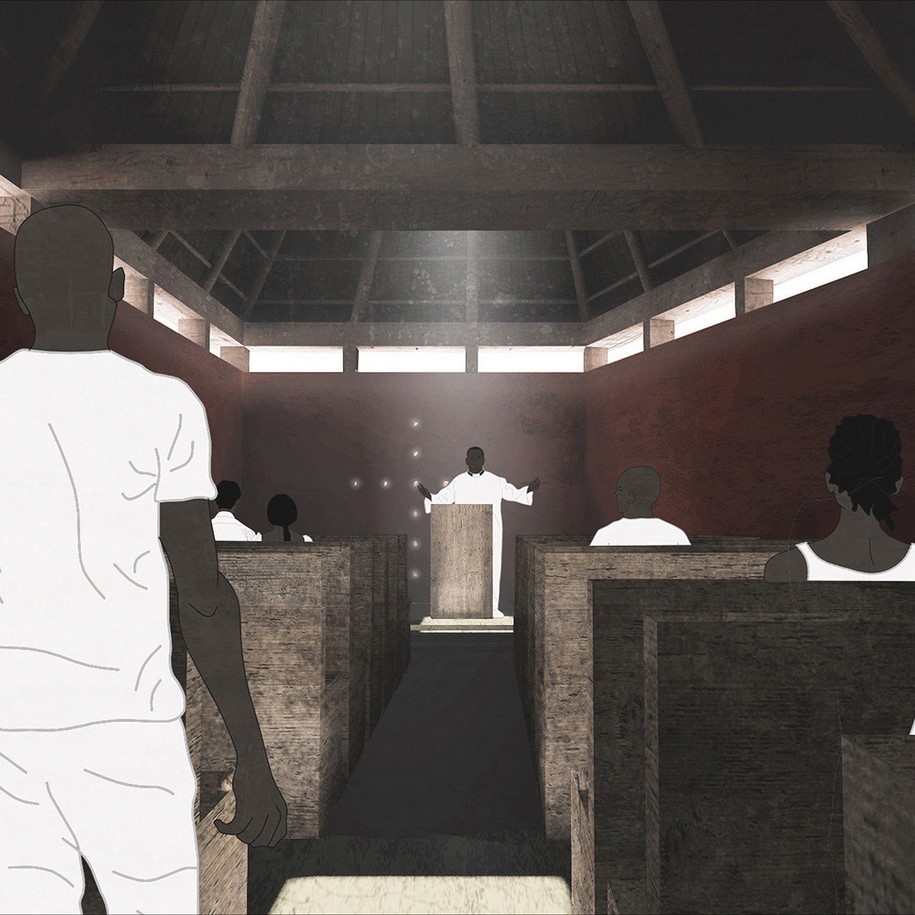 This place should represent a resource: an underground wastewater collection system would allow to store the monsoon season’s water with the purpose of using it both inside (holy water for ablution, baptismal font, offering to the gods) and outside the complex (water for the community).

When needed this place should be versatile: thanks to the flexibility provided by the movable elements, the complex can morph into an emergency hospital (increasing the area by 50 square meters).

Constructive simplicity and economic capital are imperative conditions to ensure that the project can be built in loco without specialized workers or advanced technologies.
The project’s assertive character makes it suitable to any free surface, if more fitting, as long as the orientation will be kept. 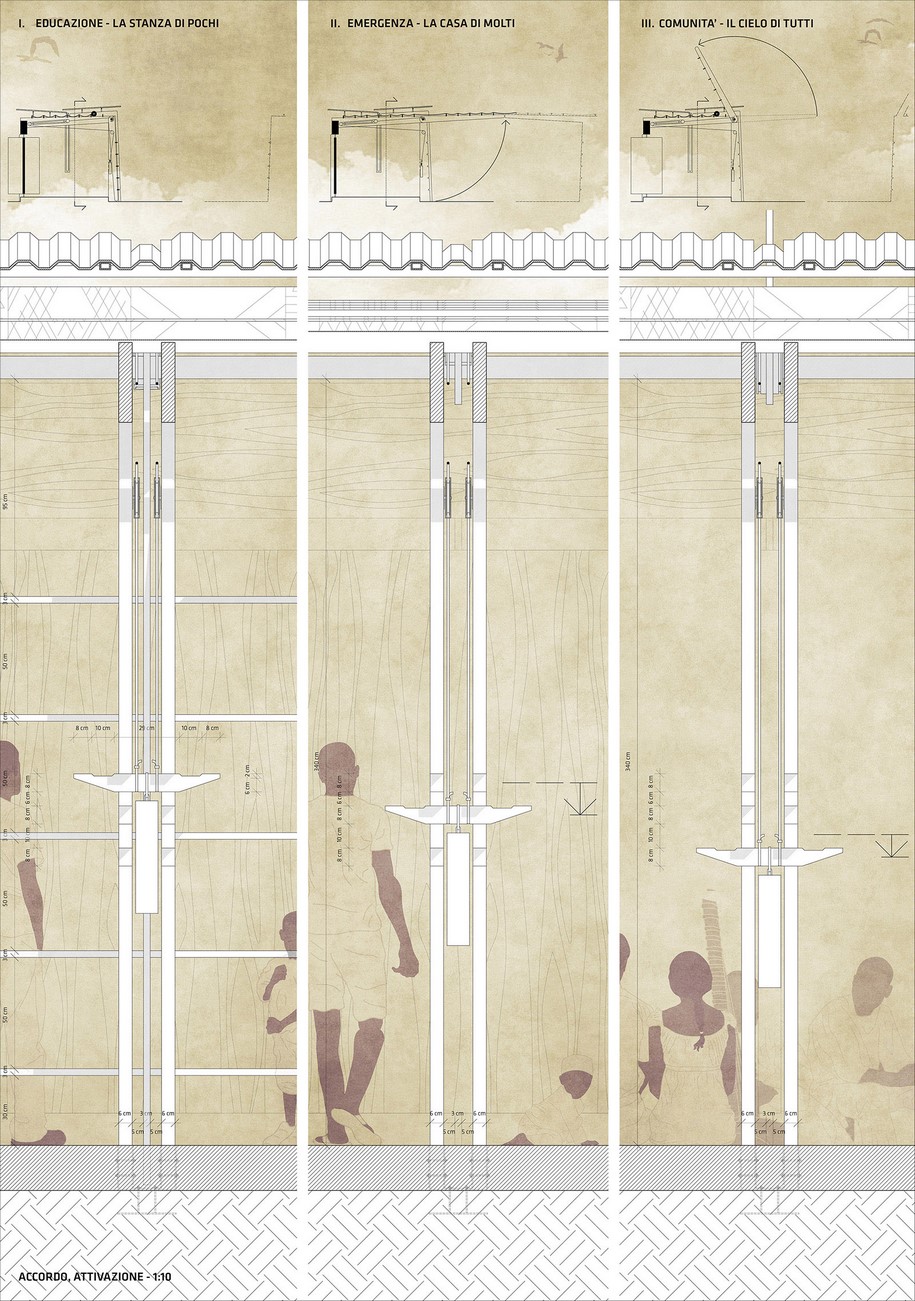 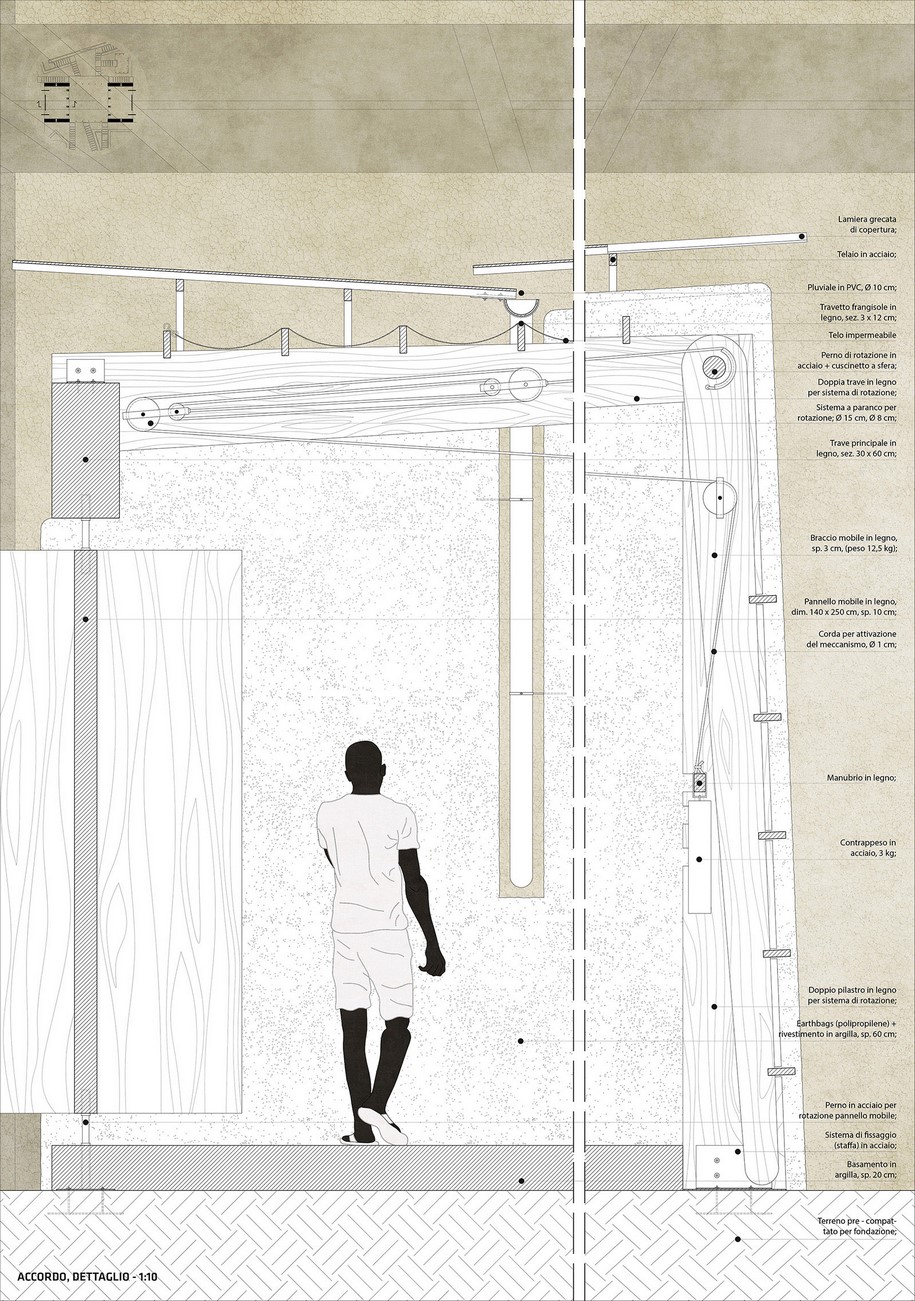