Paulo Martins Architecture & Design Studio completed Gr House in Portugal delivering a luxury villa which emerges as a consequence of its constraints such as the irregular geometry of the land plot and the non-ideal orientation.

–text by the author

Inserted in a plot of land of irregular geometry and surrounded by constructions of little architectural value, this villa emerges as a consequence of its constraints. 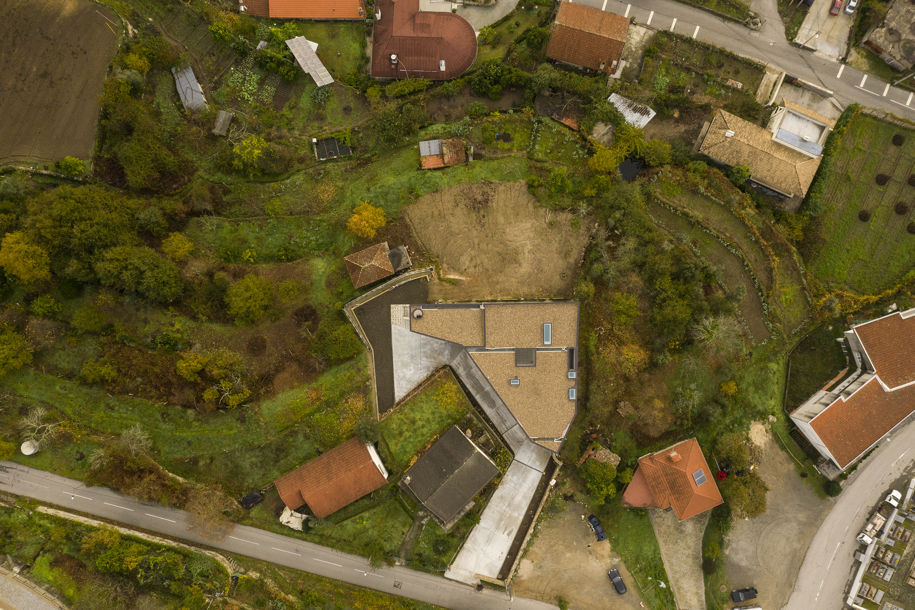 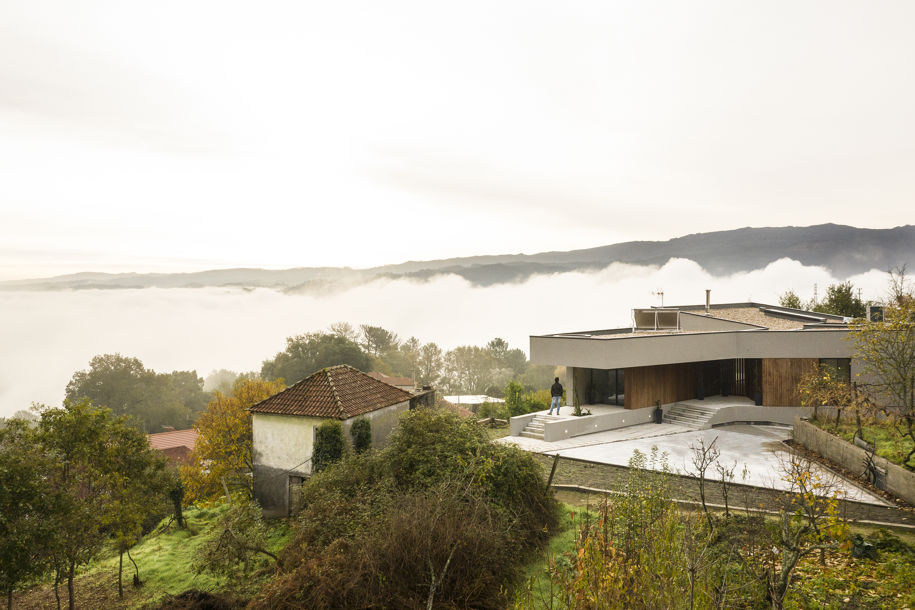 If on the one hand there is a reluctance to visually relate the villa’s interior spaces to its immediate surroundings, on the other hand, there is an uncontrollable desire to turn the villa entirely to face eastwards, towards its view of thunderous beauty and discrete privacy. 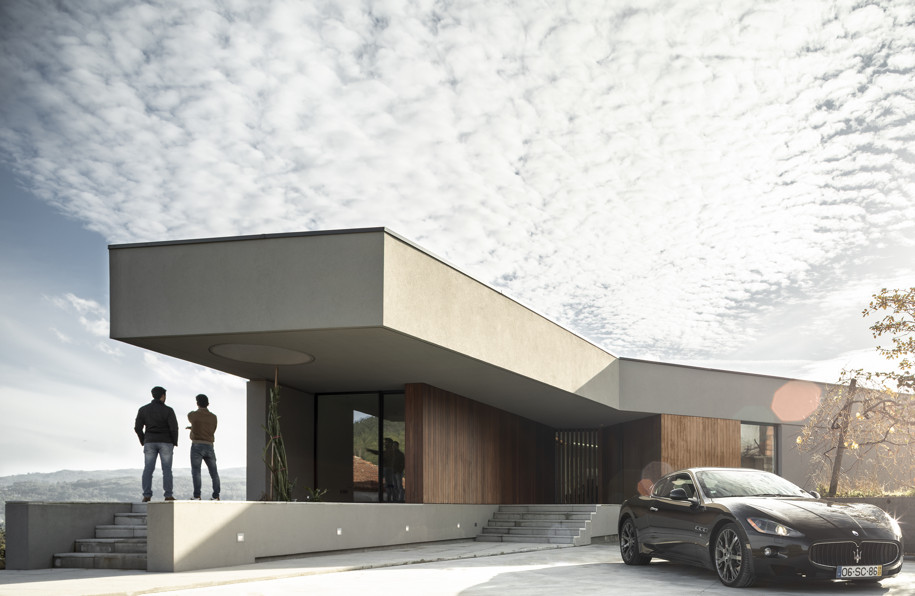 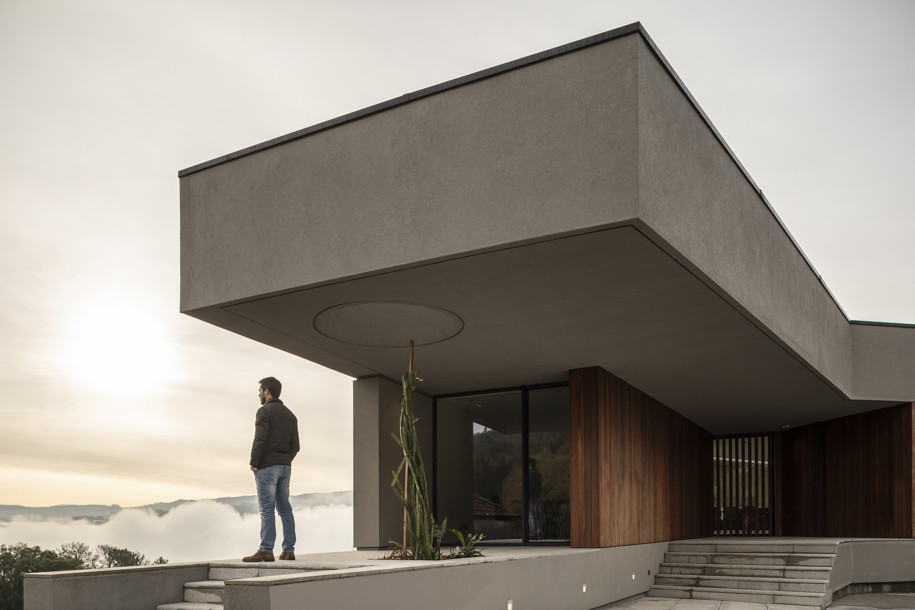 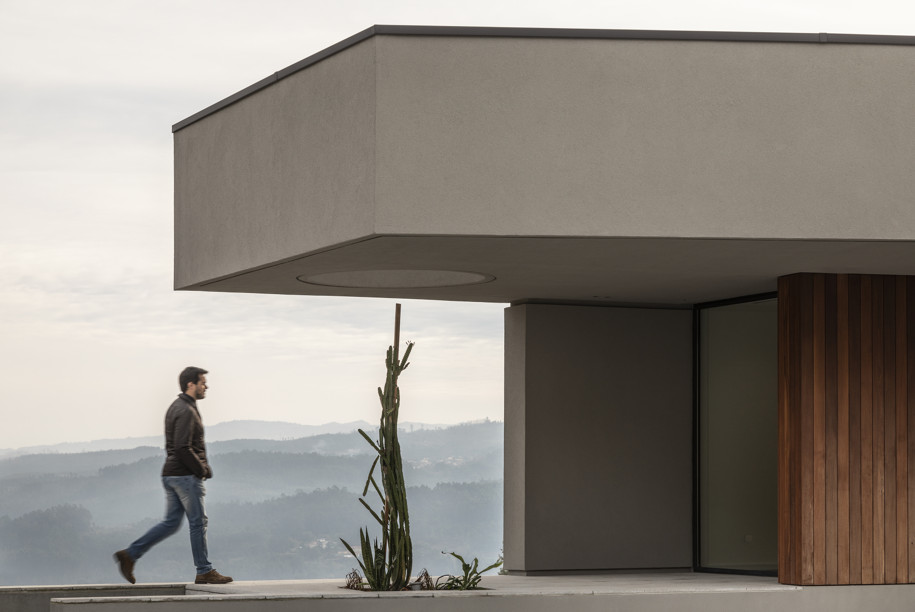 A further constraint is the fact that its orientation is not ideal, in other words, the view is predominantly facing east, to the south is the far end of the land, and to the west lies a national road with a village coffee shop on the other side of the street…

Thus, arose the need for introversion and hermeticism, making the constructed volume emerge as an inert, mimicking nature and assuming its exception in the eastern wing, whose volumetric deformation declares and accentuates its willing openness and submission to the views beyond. 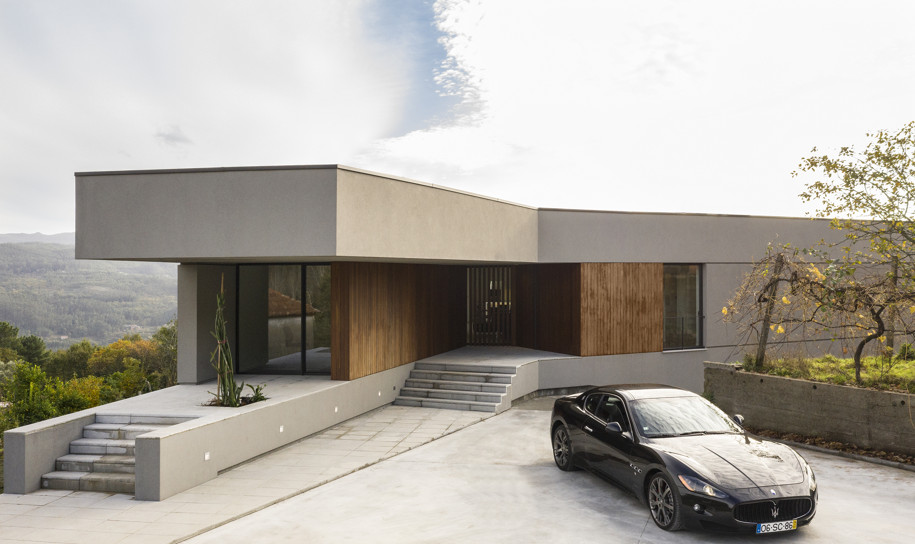 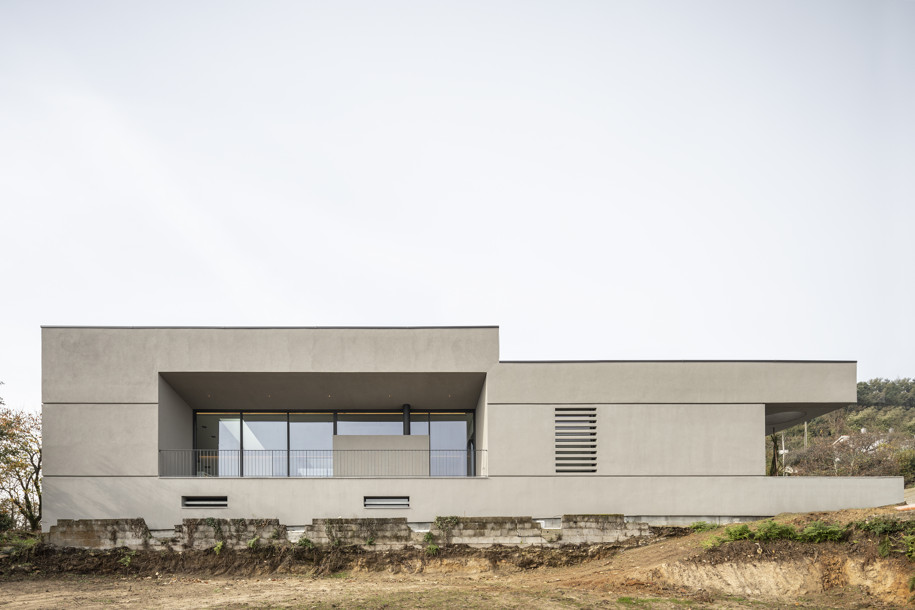 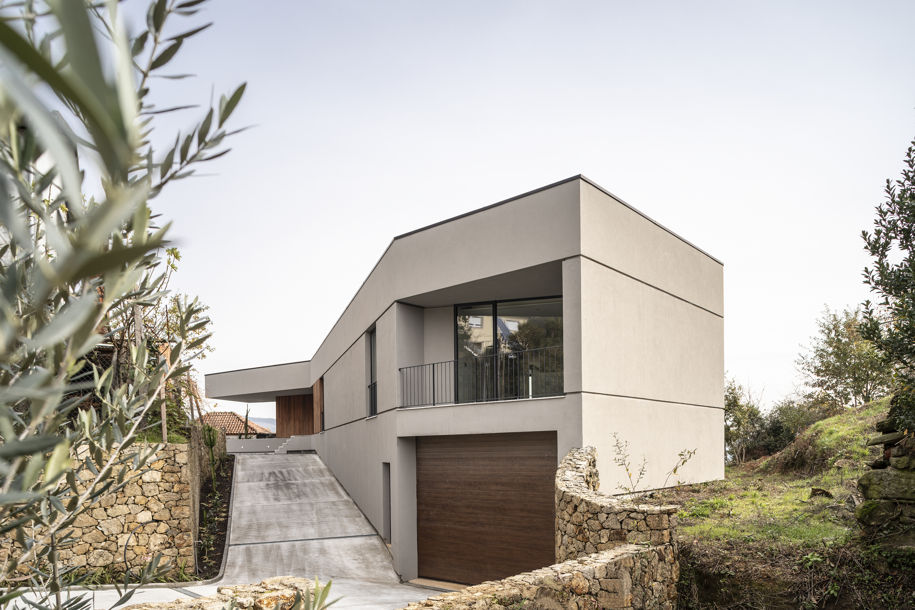 Its forms are irregular, its colors earthen, the openings on its elevations are almost inexistent, appearing in the form of patios and skylights, visible only from higher up. 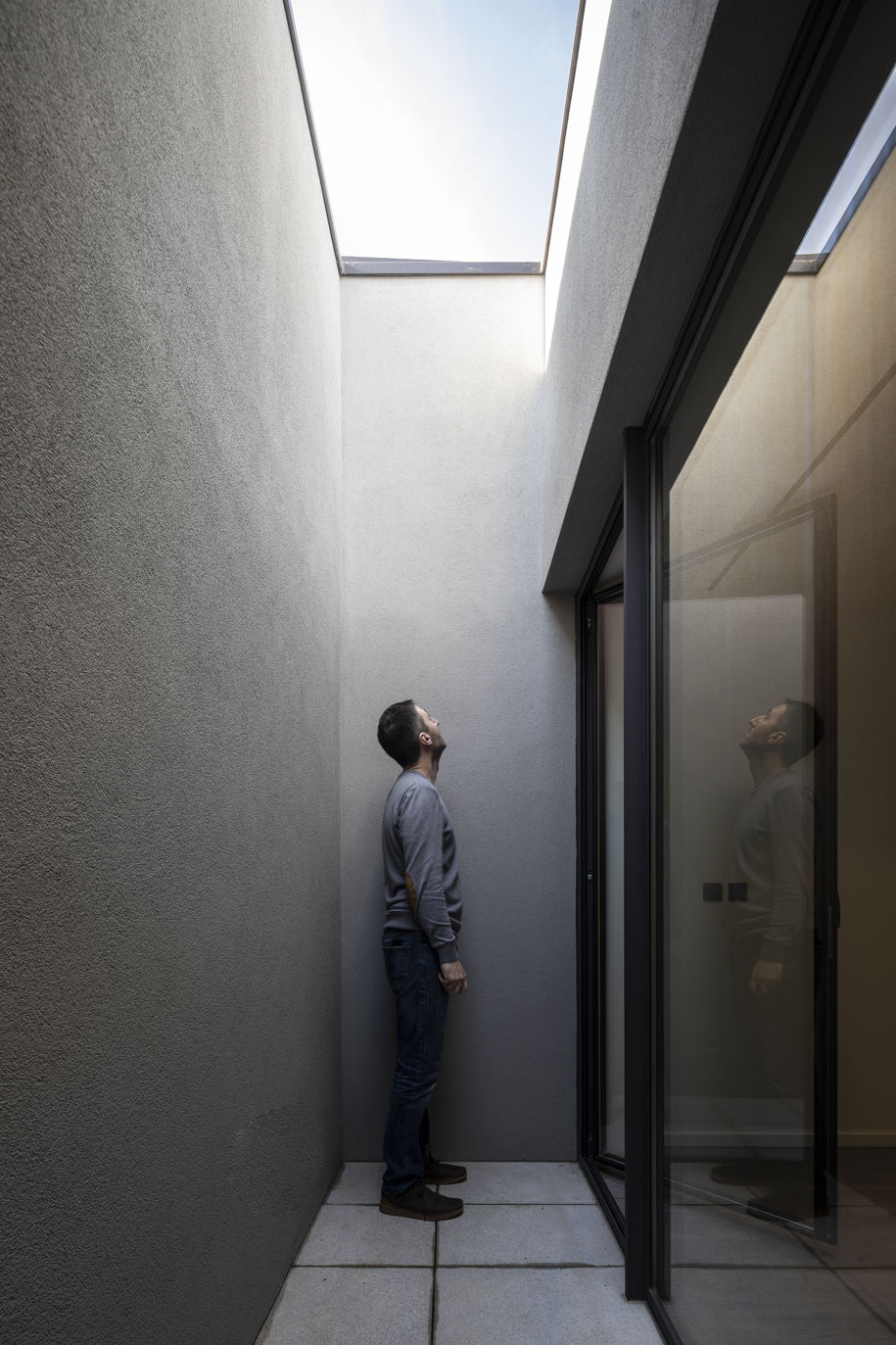 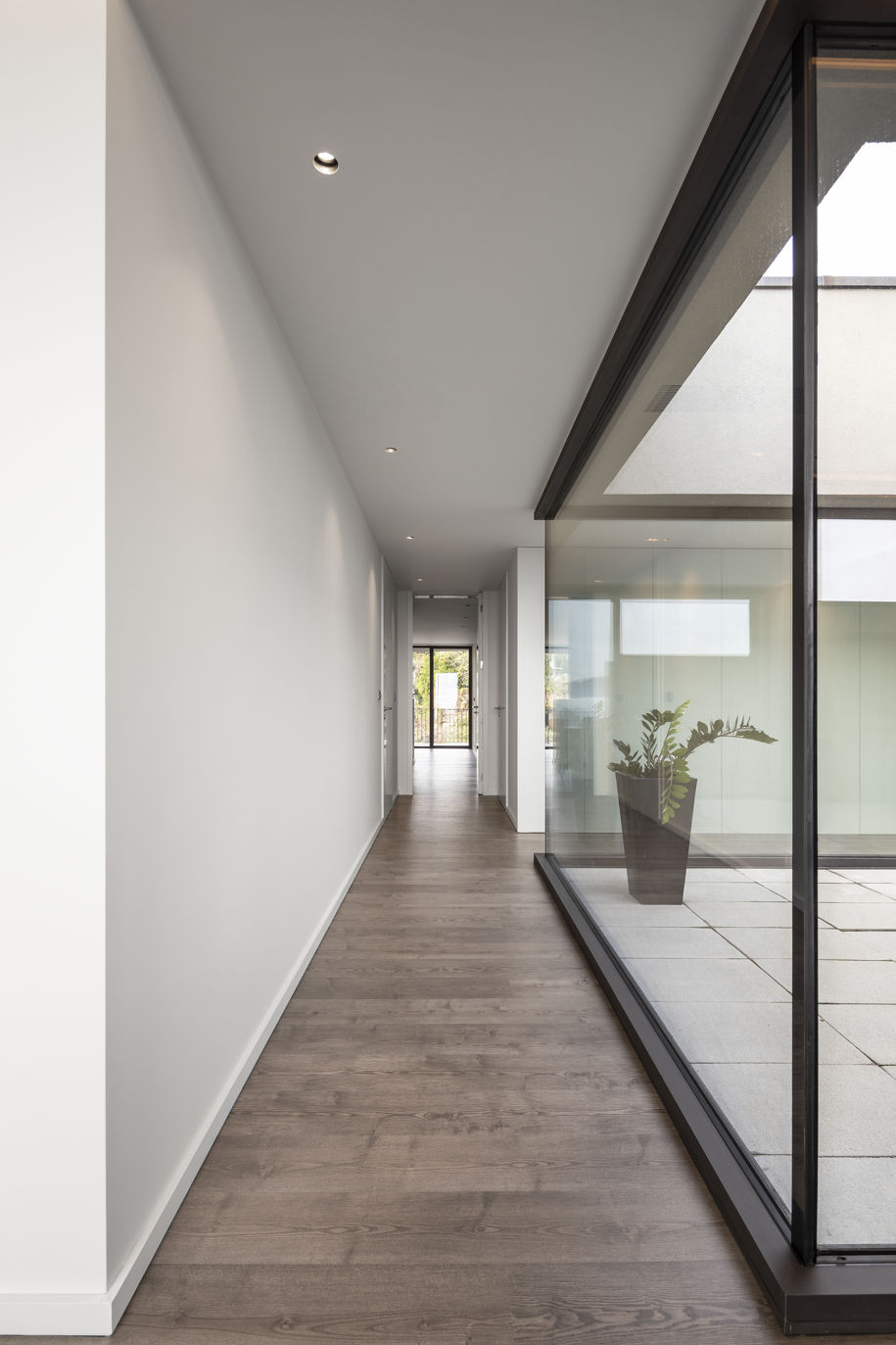 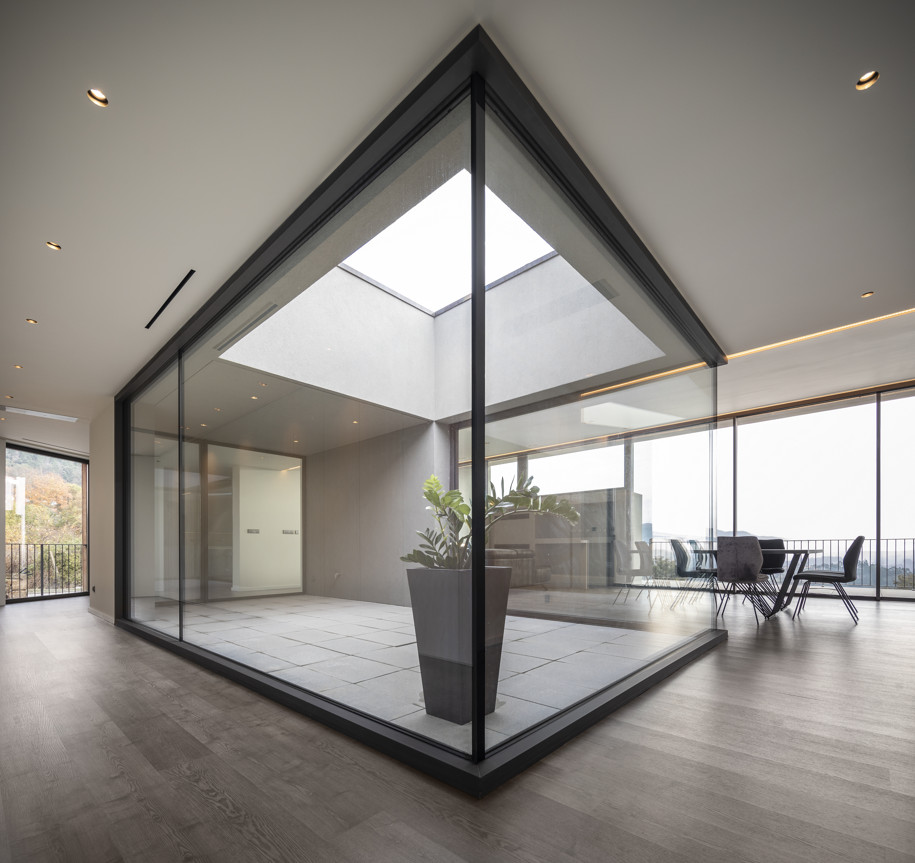 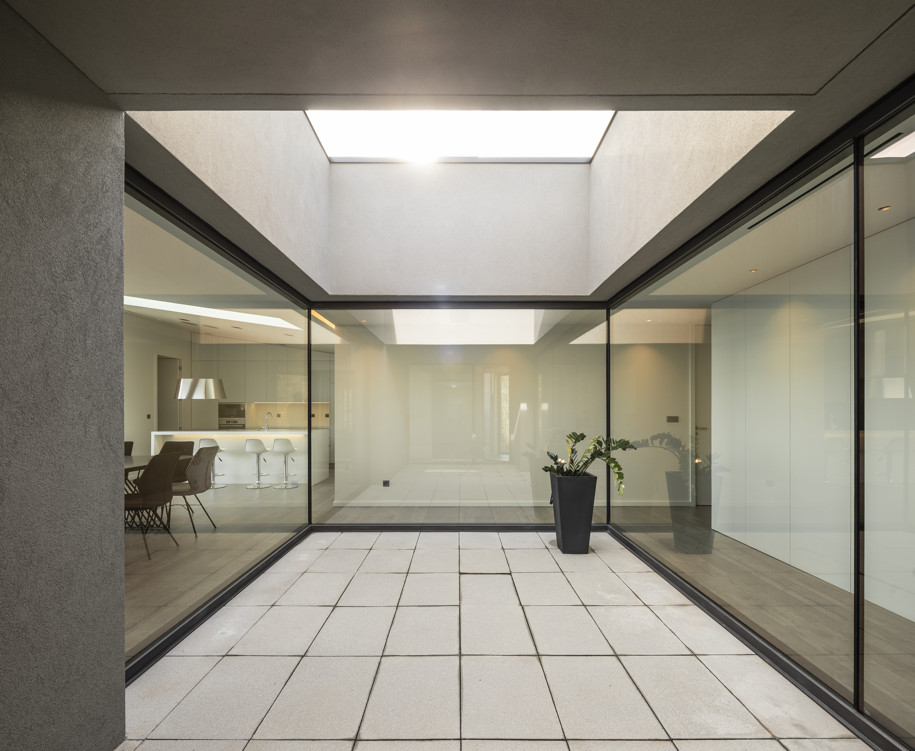 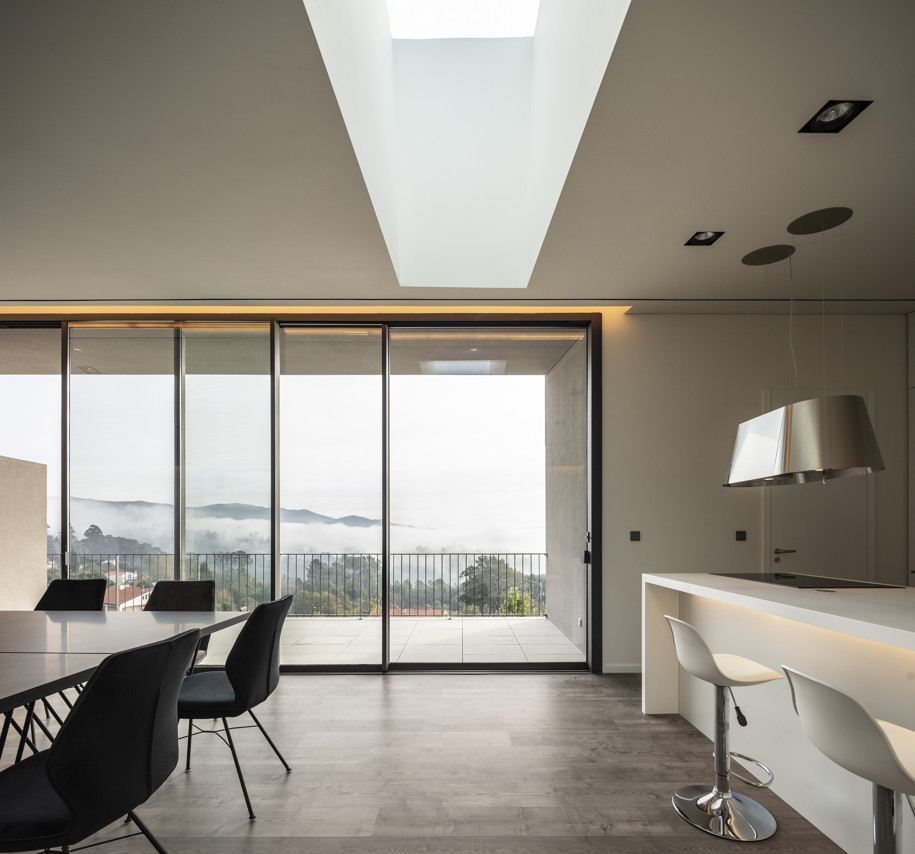 Walking along the successive ramps encountered since the entrance into this parcel of land, we are taken to a moment of transition between the interior and exterior, which is announced by its coating in roble wood, an exceptional superlative and invitation to enter through the oversized door that separates the hermetic and mysterious exterior from its pure and warm interior, with its spaces generously illuminated with zenithal light pointed towards the valley, where the mist denounces the crossing of a river. 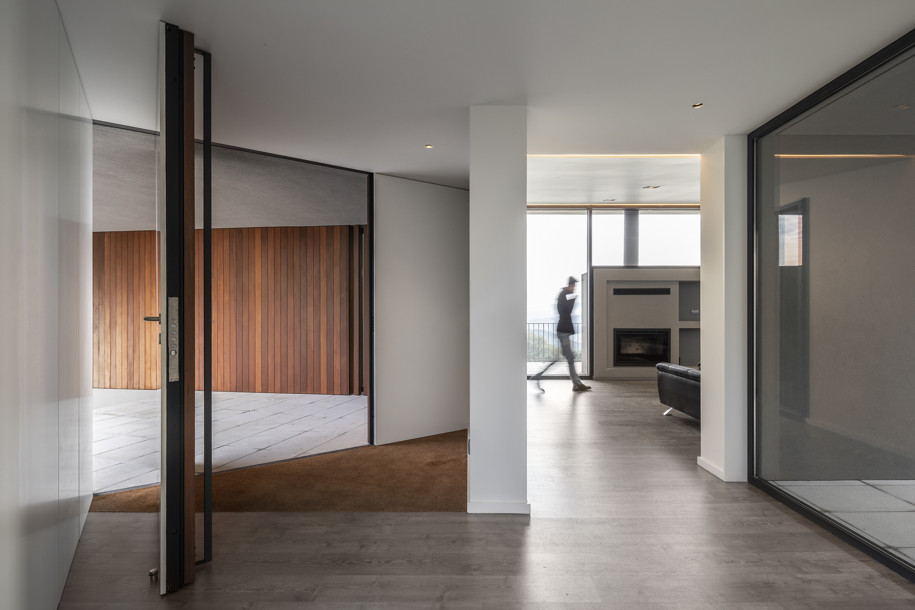 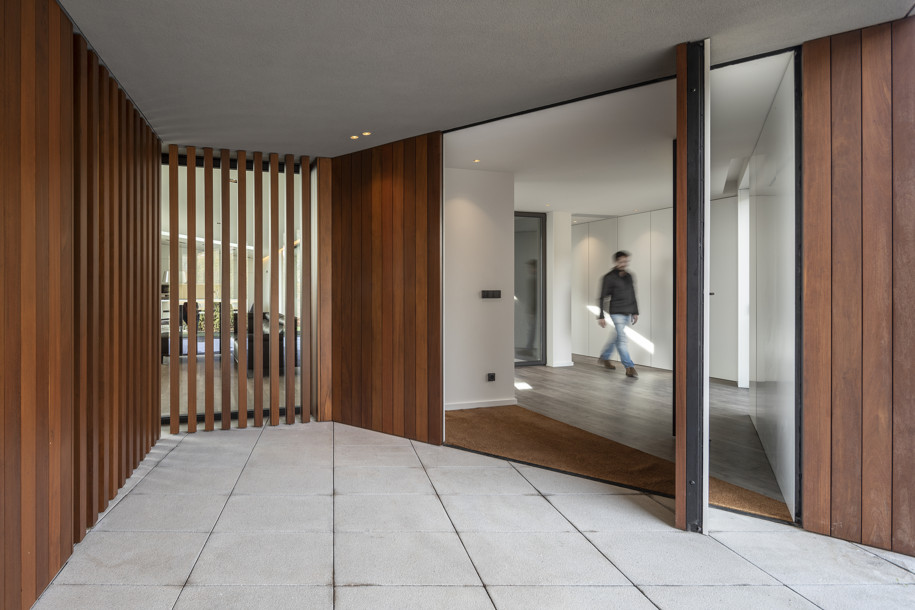 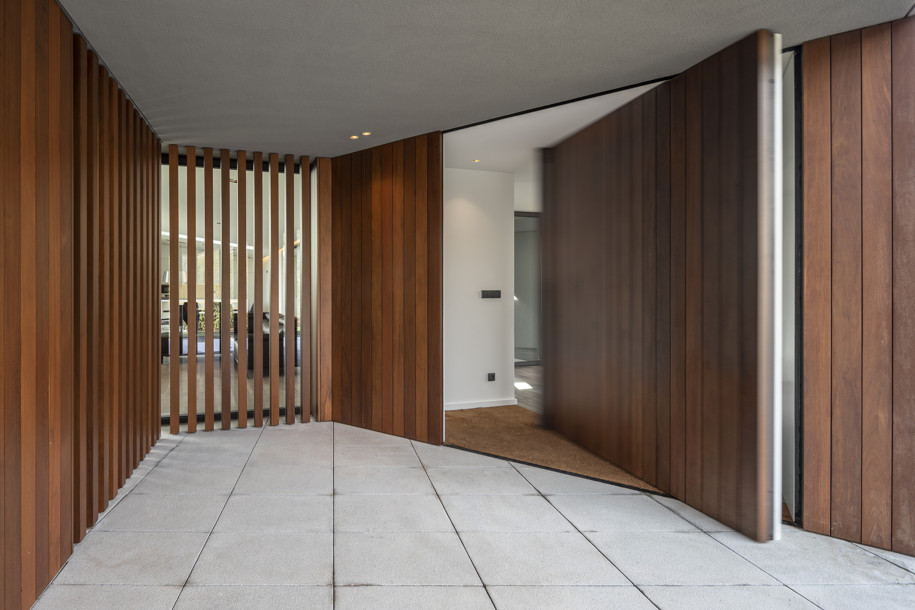 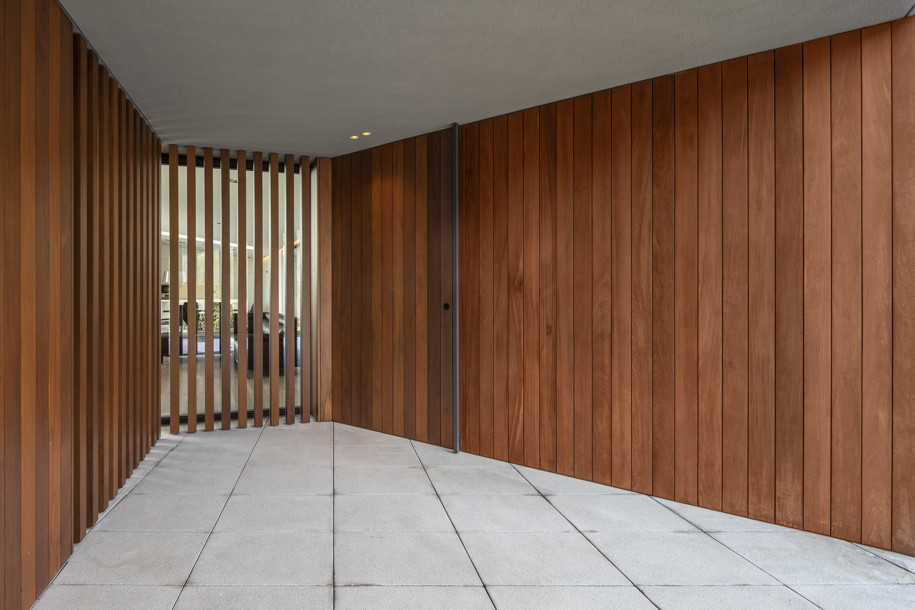 A clear outside/indoor duality stresses the idea of the villa’s lack of interest in its relations with the immediate environment without this hindering the existential dynamics of its interior. 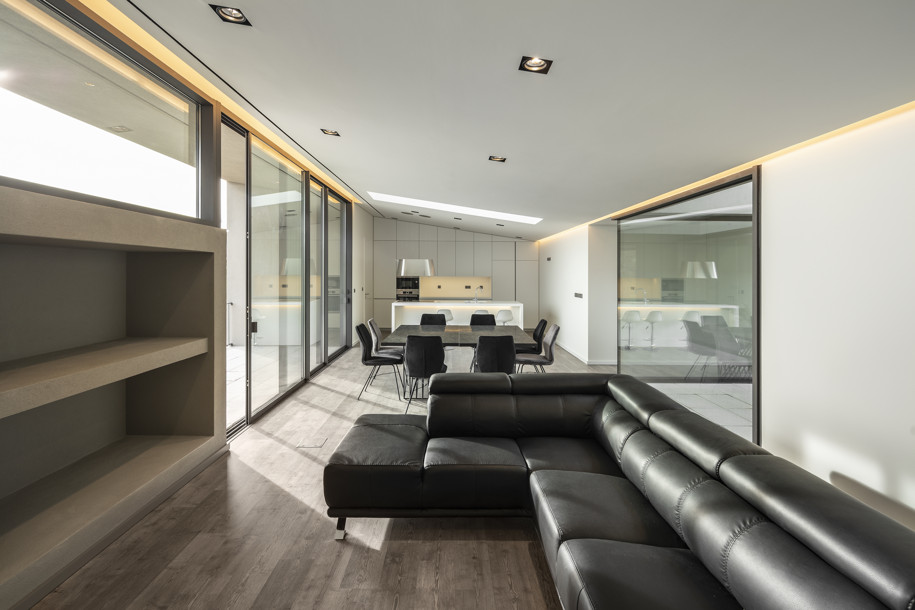 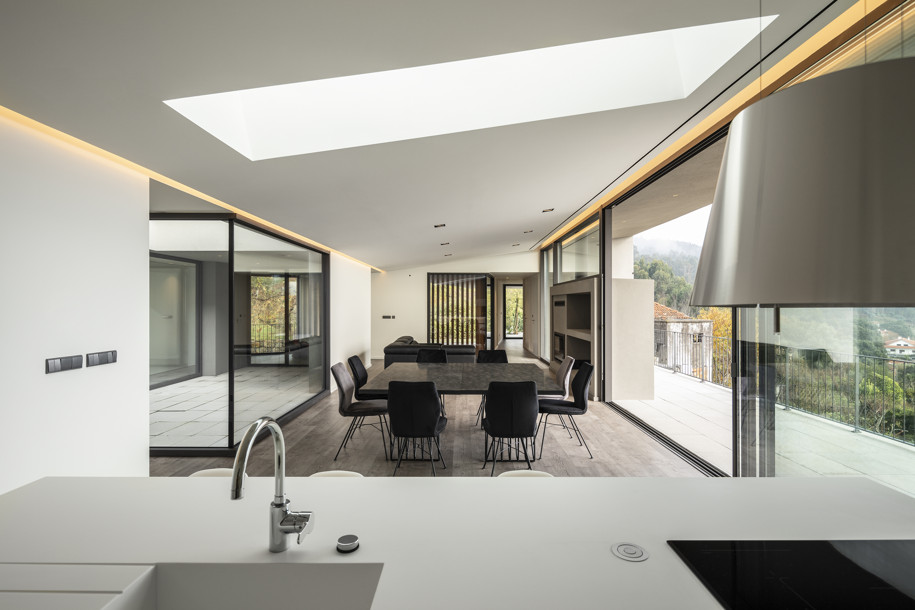 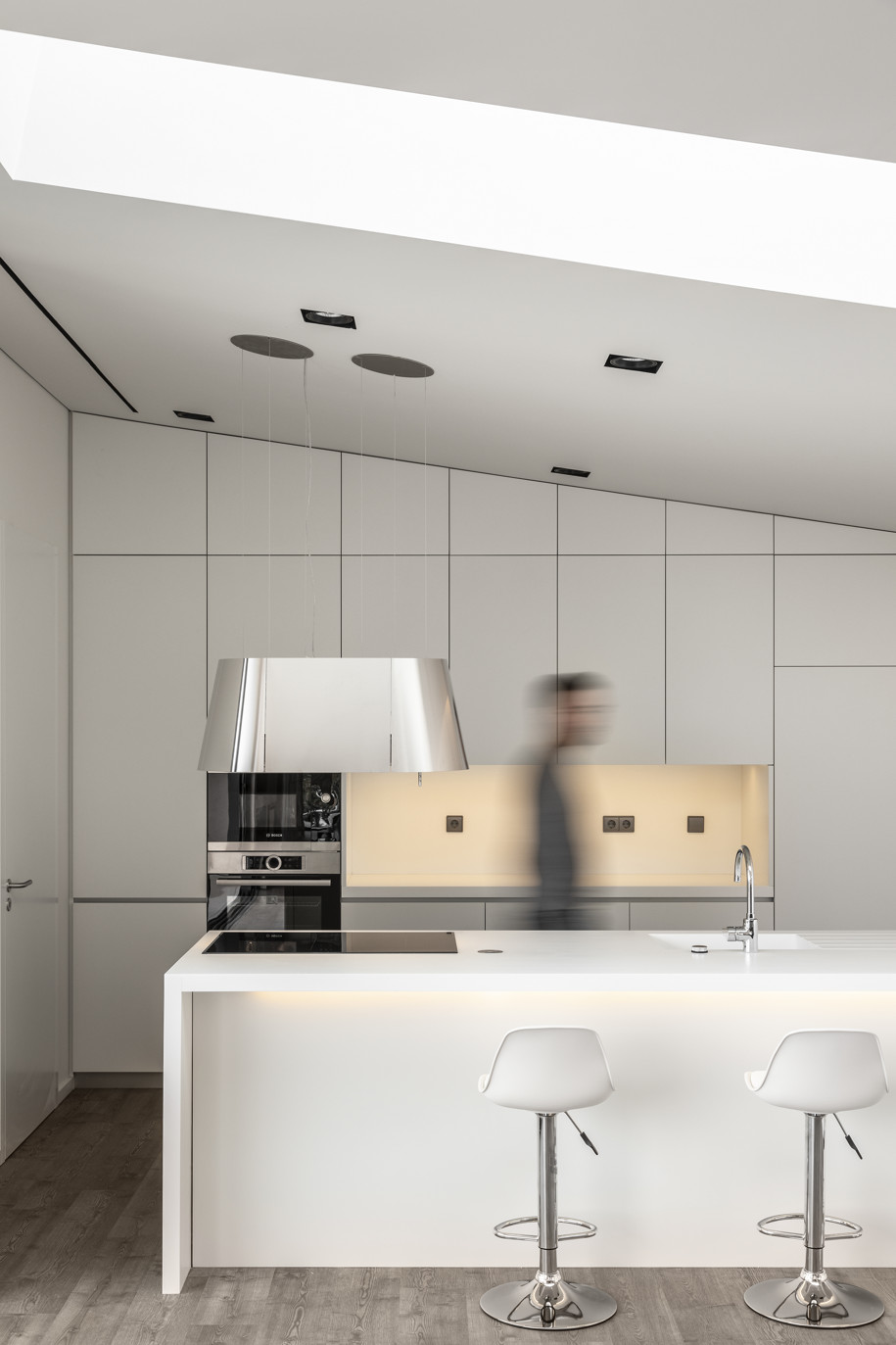 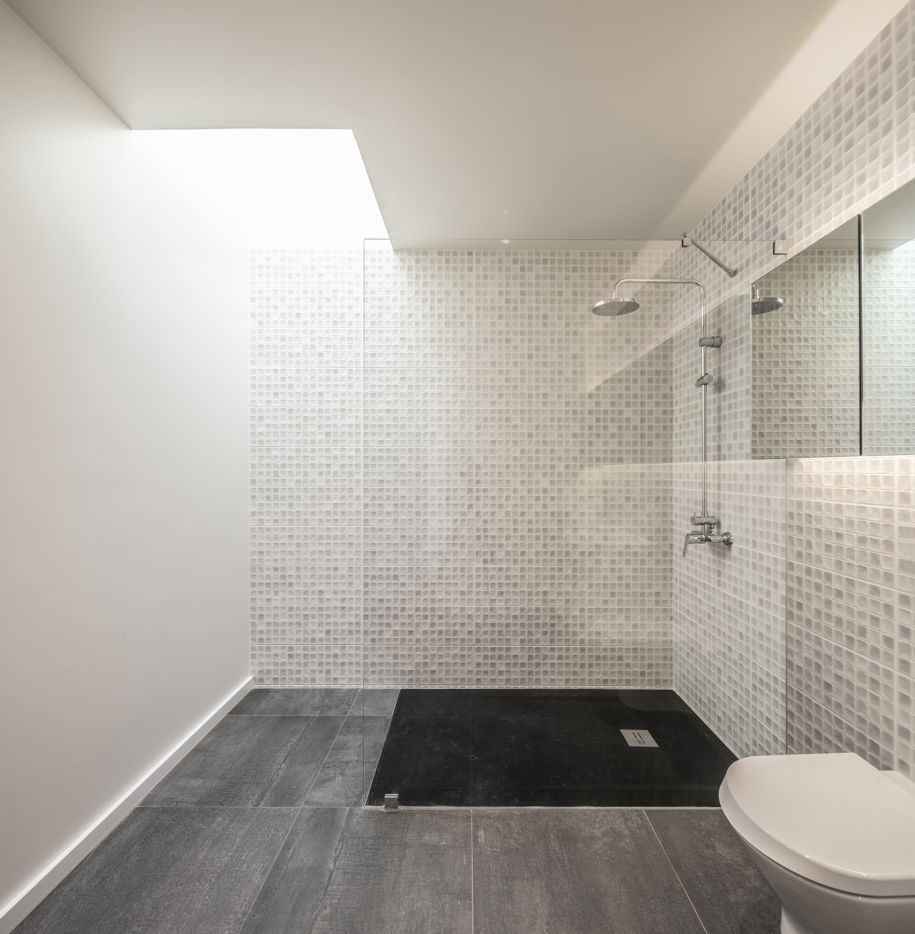 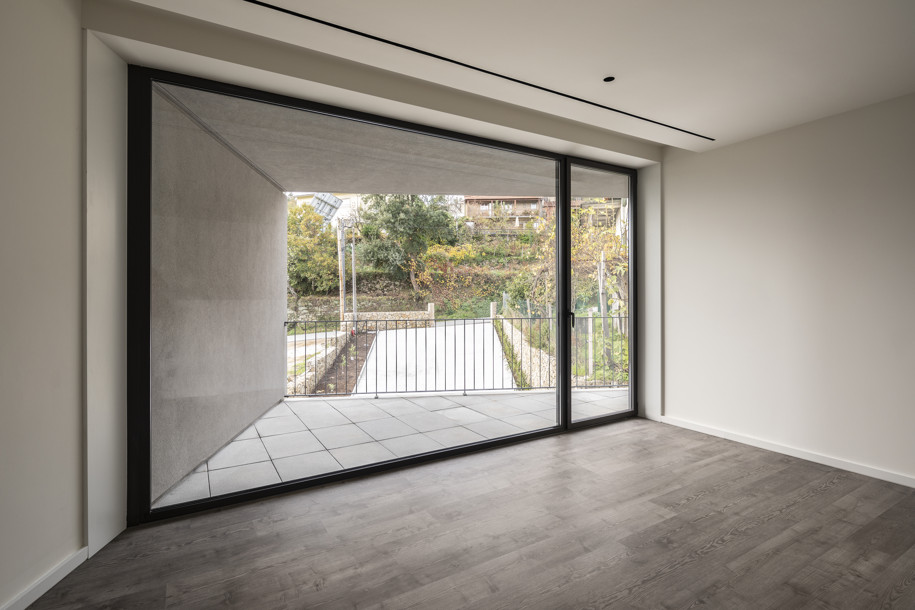 Programmatically, the reception areas of the house face eastwards (valley) and the intimate zones westwards (road), with these spaces being separated by a large indoor patio around which it is possible to walk, creating enriched spatial and visual dynamics. 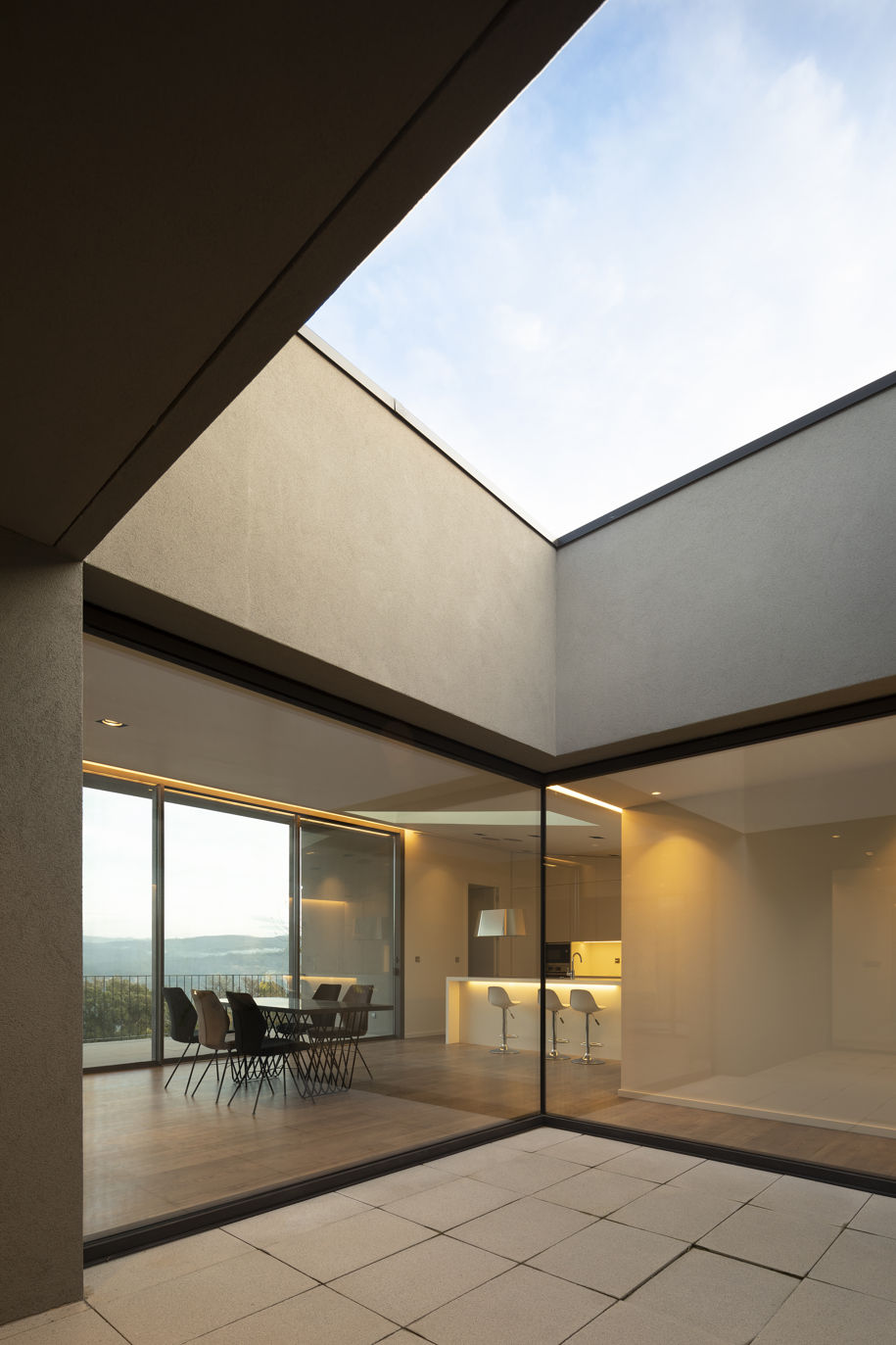 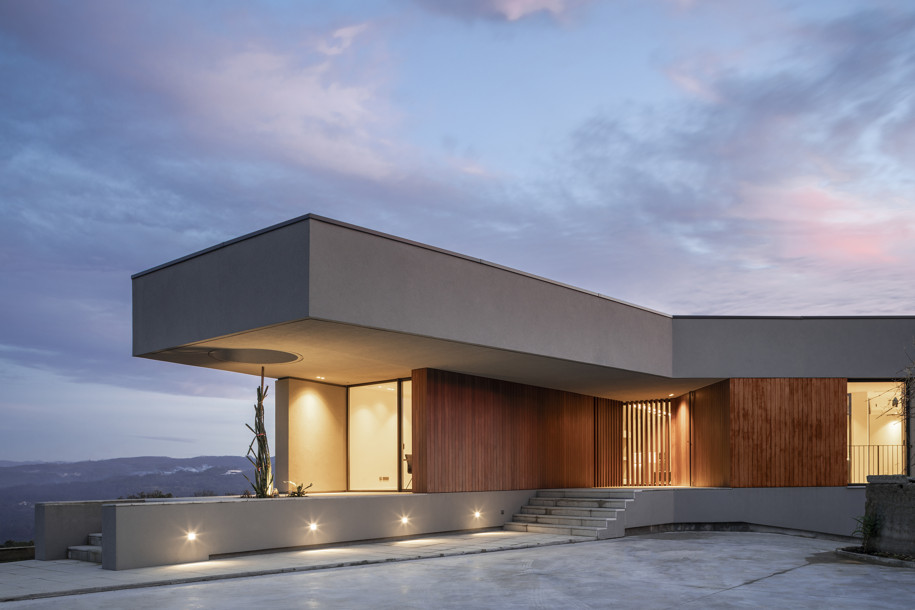 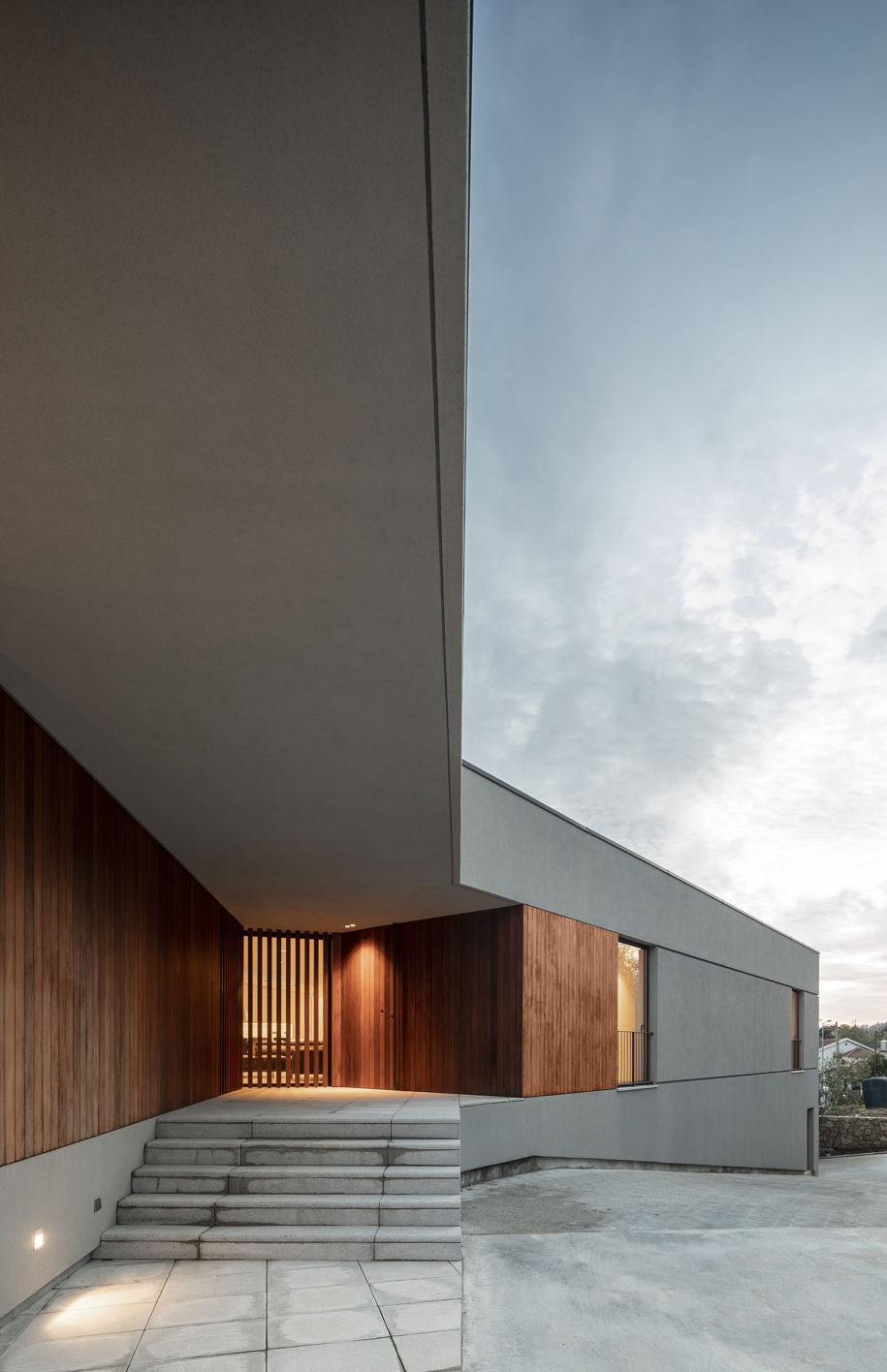 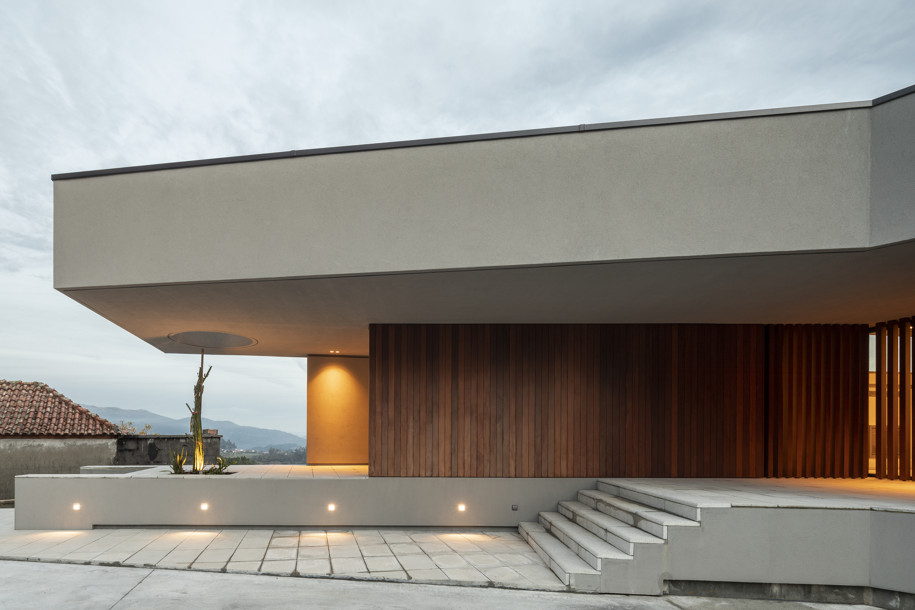 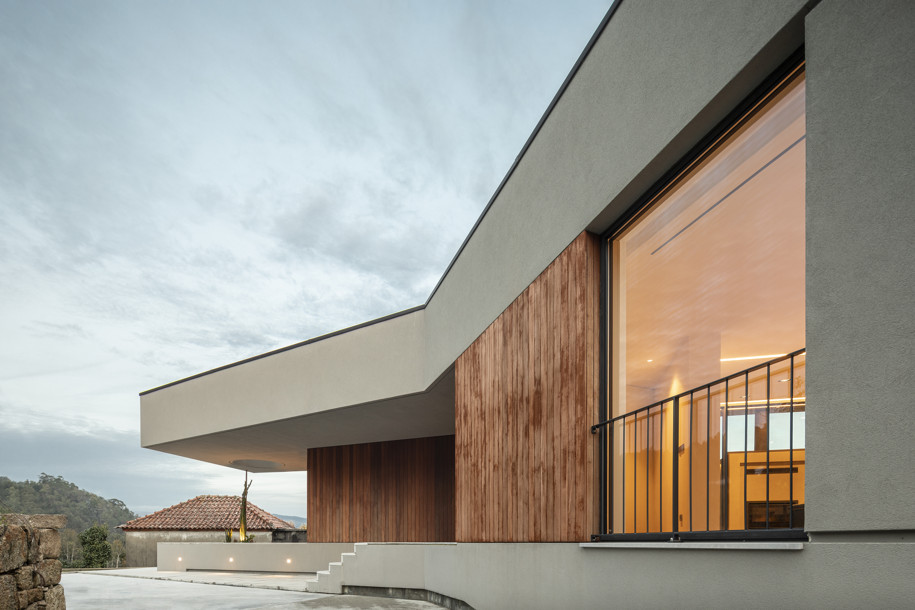 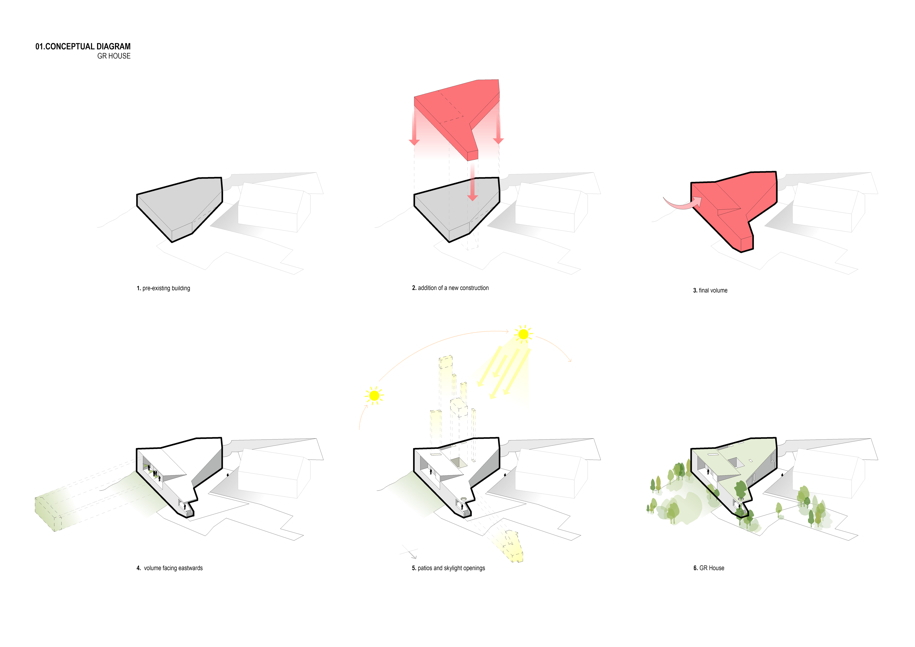 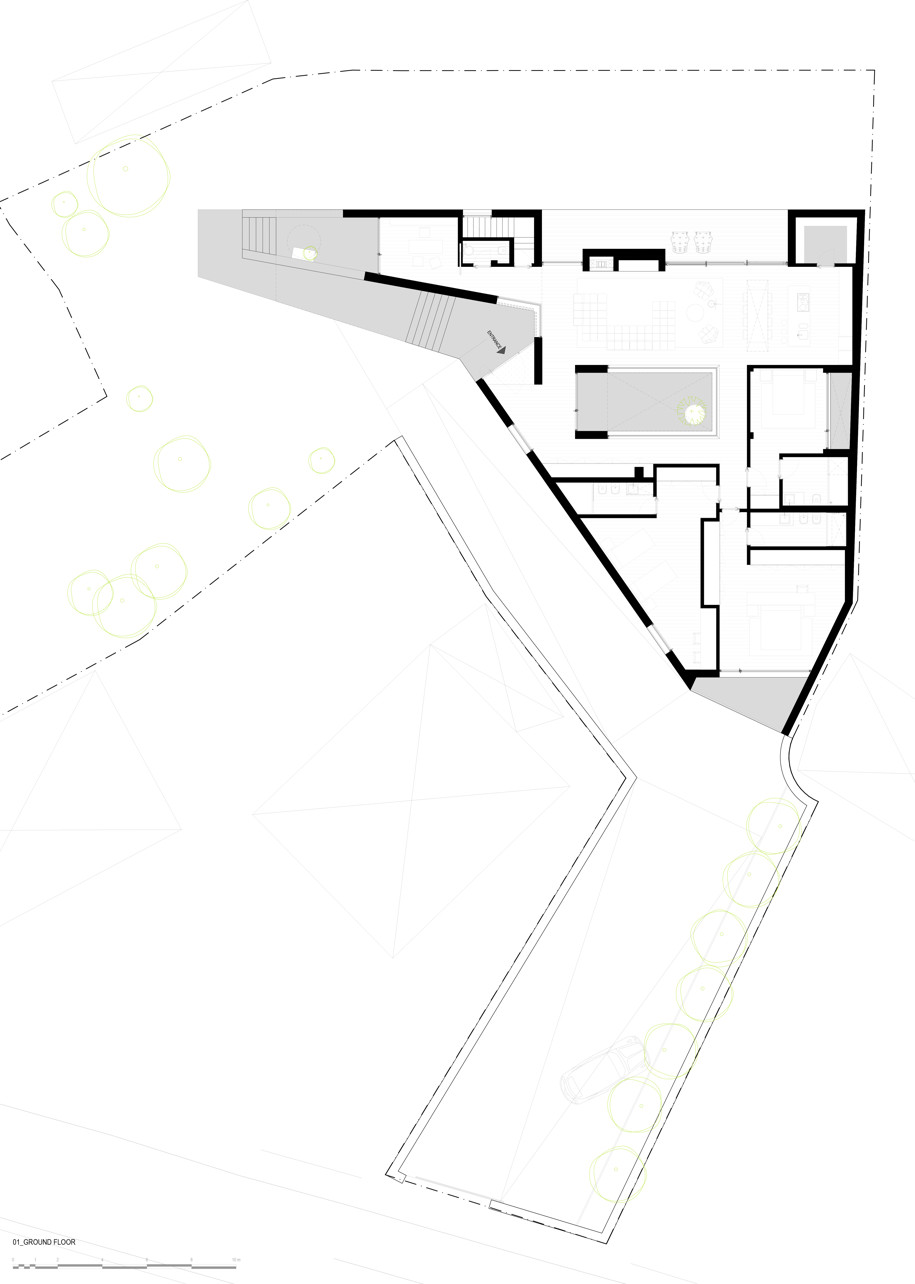