The proposal aims to design a students accommodation space that promotes the formation of a scientific community which relies in the cohabitation and cooperation of its members. 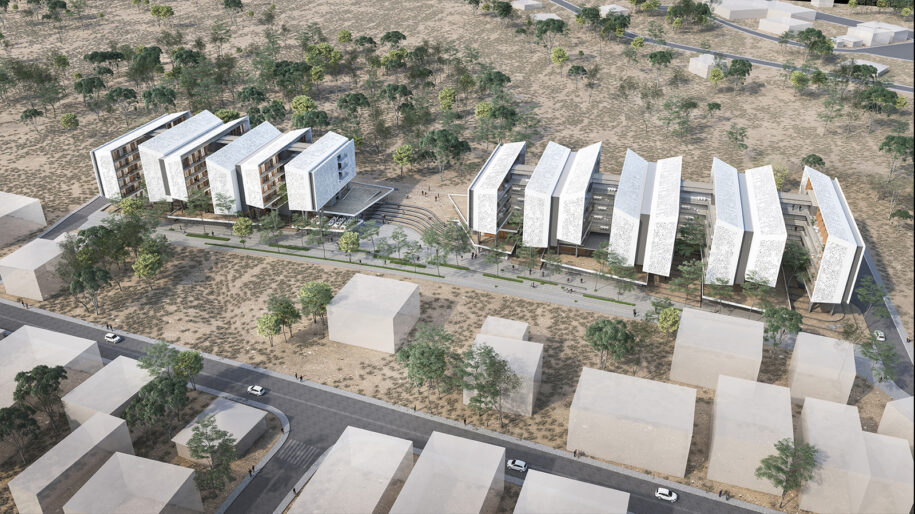 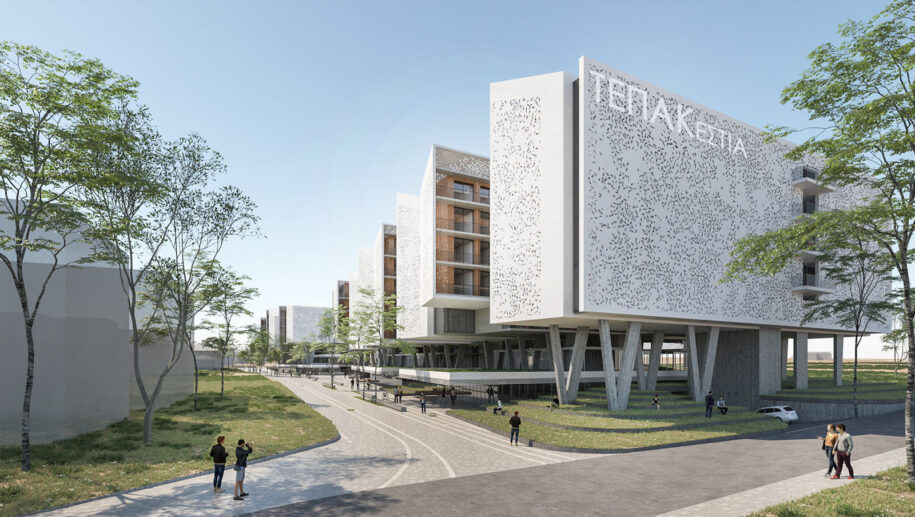 The university is the place where research, knowledge and innovation are systematically cultivated. At the same time, it is a place of social contact and community empowerment. Modern epistemological theories bring the scientific community to the forefront and highlight it as the core of the development and direction of knowledge, through interdisciplinary practices. 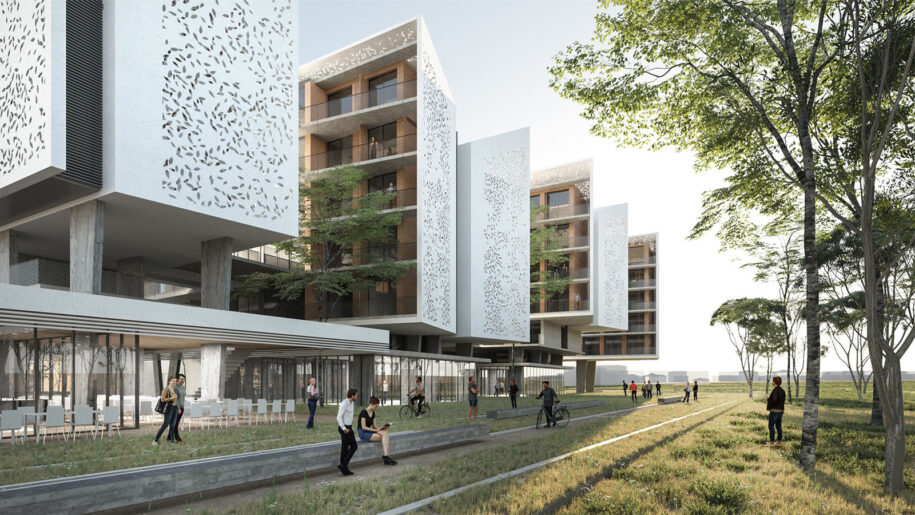 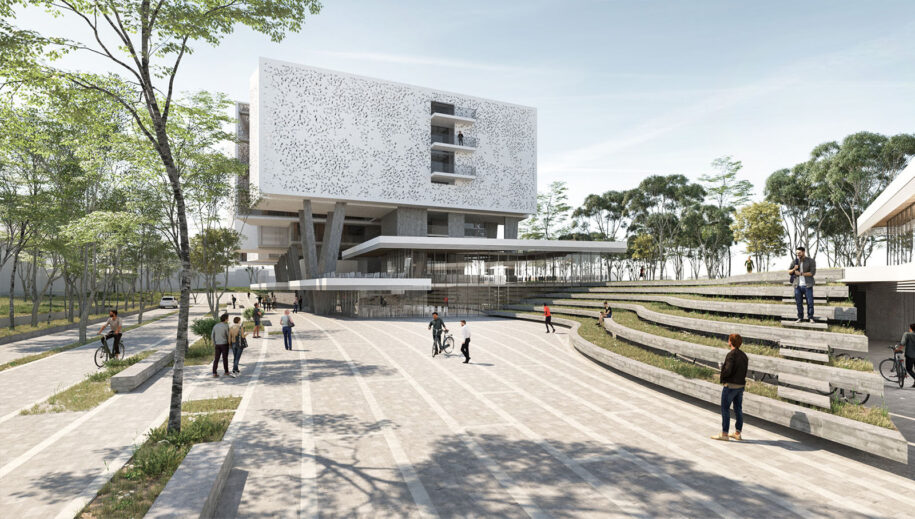 We support that the architectural space and especially the space of the new student accommodation must and can contribute to the meeting, contact and osmosis of students in this direction: the formation of the scientific community as a condition of cohabitation and cooperation of its members. The university also accomplishes this purpose during the period of the emerging adulthood of the student years: learning that knowledge is built collectively and not independently, but at the same time learning how to “live with others” as Hashim Sarkis puts it as a modern question at the Venice Bienale of 2020. 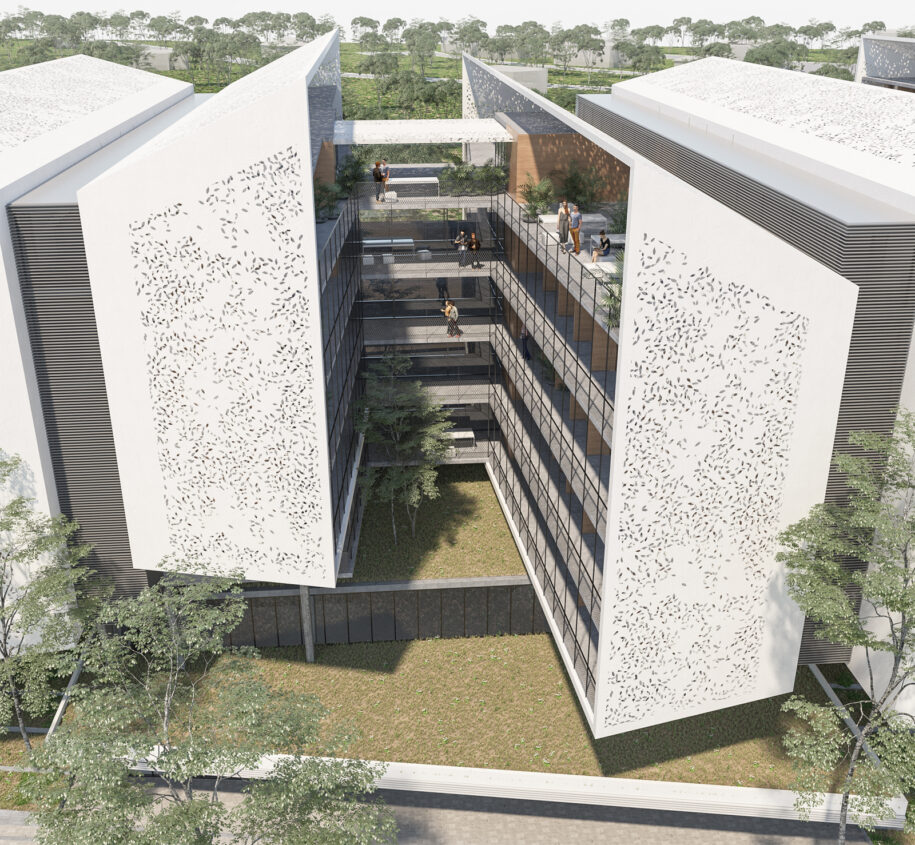 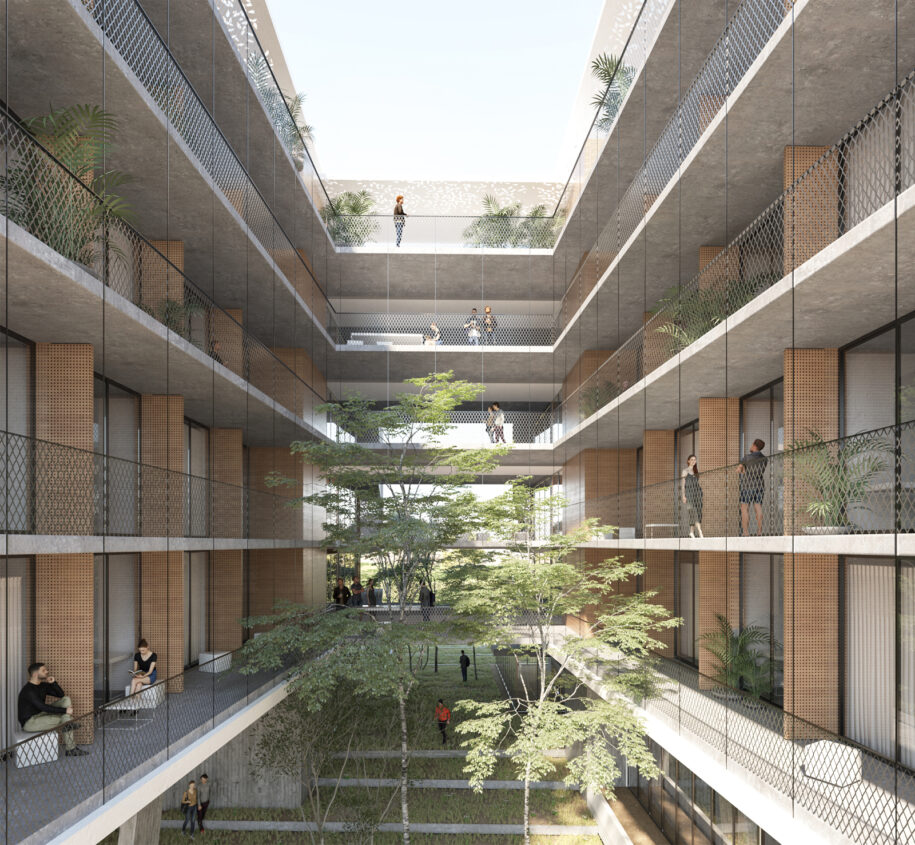 The proposal is based on three basic synthetic-spatial principles in order to support all of the above: 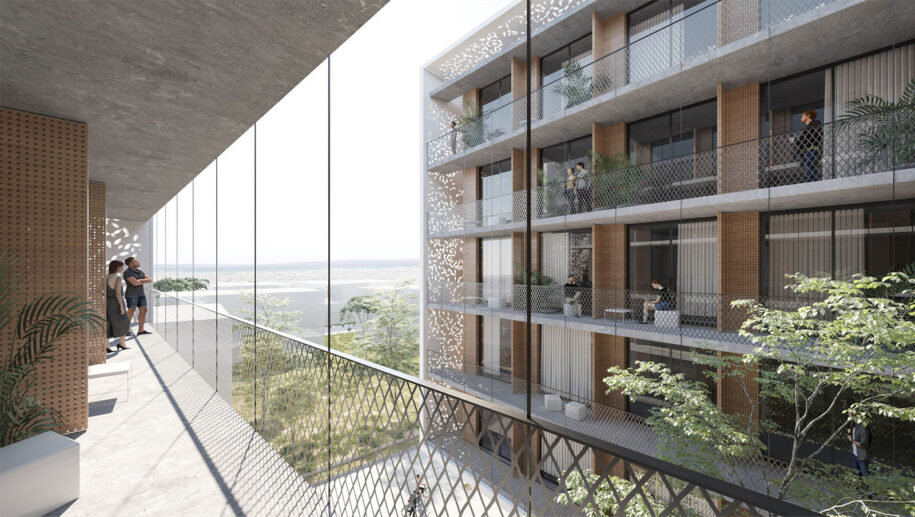 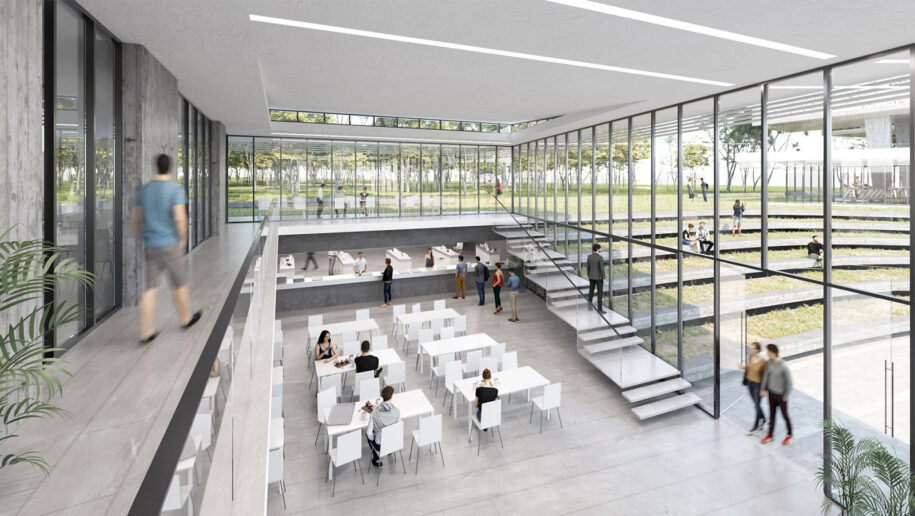 The site develops linearly on the east – west axis and inevitably defines two extremely elongated sides parallel to the North-South. At the same time, it retains the memory of the residential complex Berengaria, characterized by the small scale of the neighborhood and the sloping roofs, as they appear in the adjacent residential buildings.

The volume of the building is divided into bars vertically on the long sides with the aim to create a low-scale front in relation to the main access road, cooperating harmoniously with the existing buildings on the urban fabric. 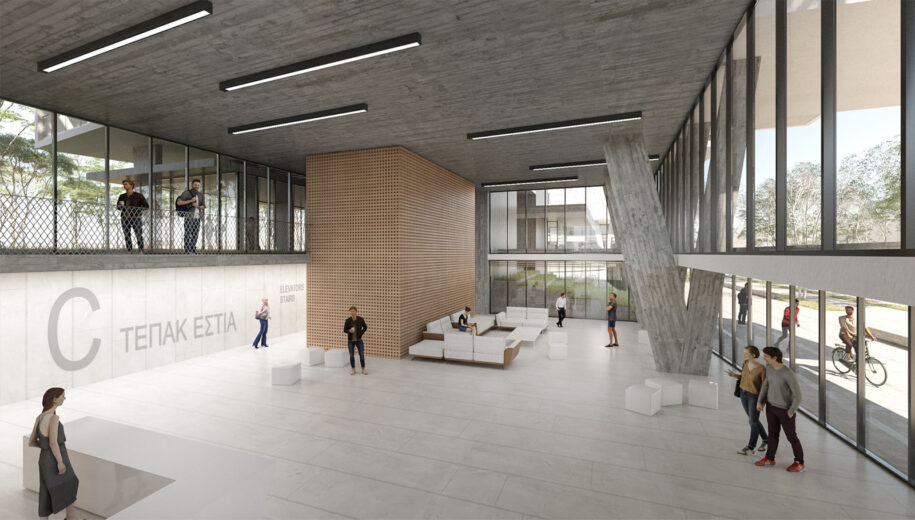 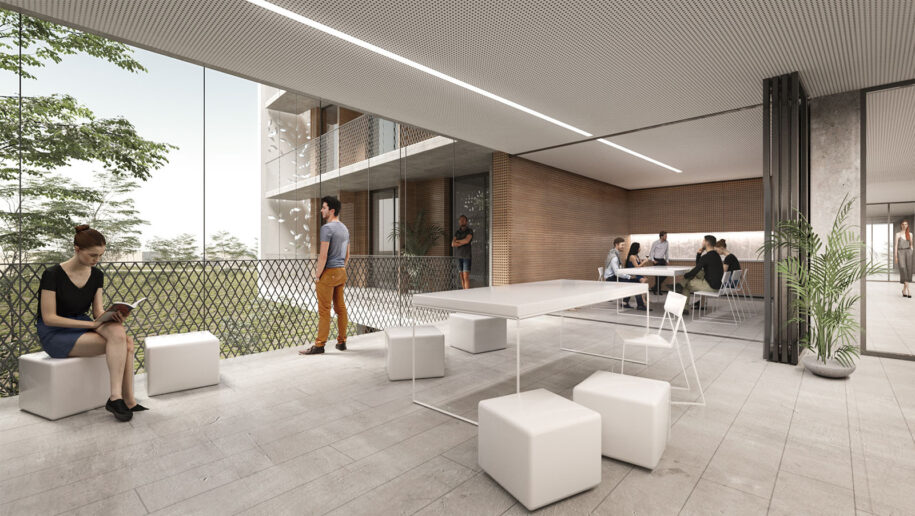 The vertical distribution defines passages in relation to the natural green space in the North and creates a “scallop” between the residential and the natural boundary of the park. 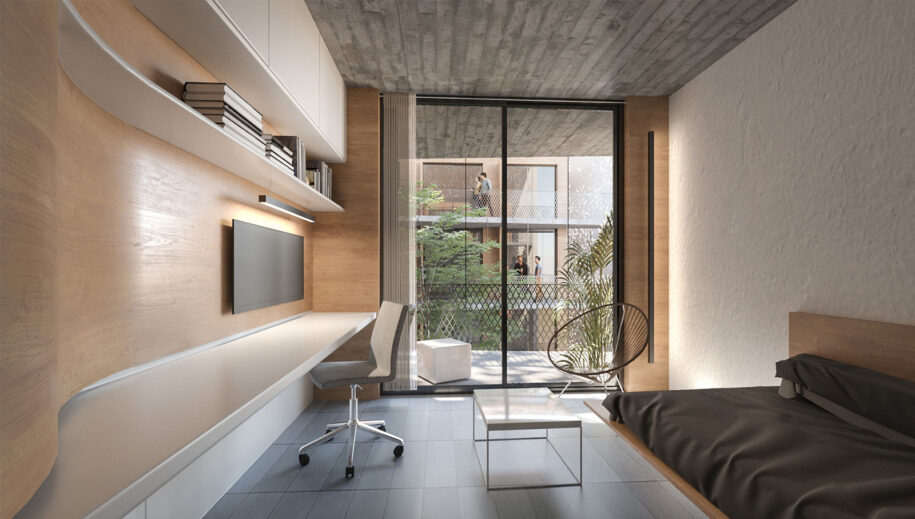 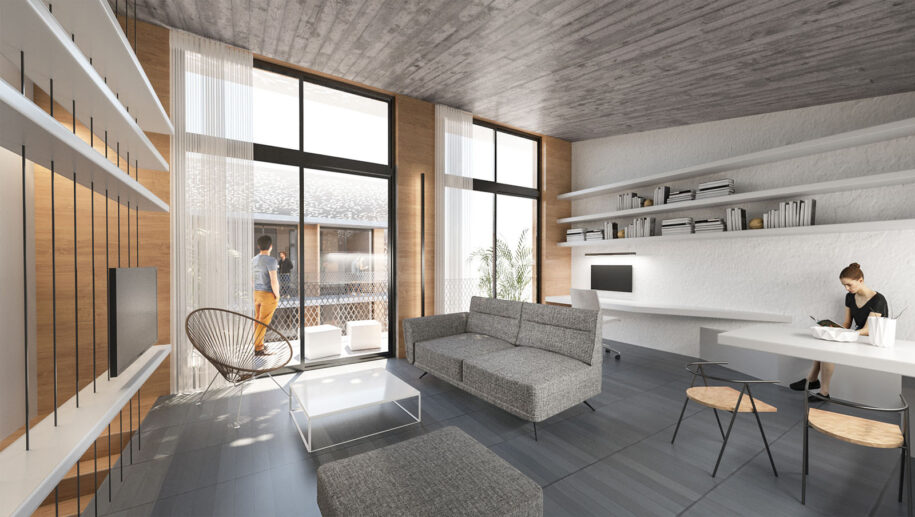 The bars are organized into small nesting neighborhoods, as they are drawn in two by a vertical core of common indoor and outdoor spaces: the kitchens on the north side and common relief terraces on the South. Successive vertical nesting neighborhoods move to the edges of the plot and release in the center of the plot a large square space between the two main communal functions of the restaurant and the gym. 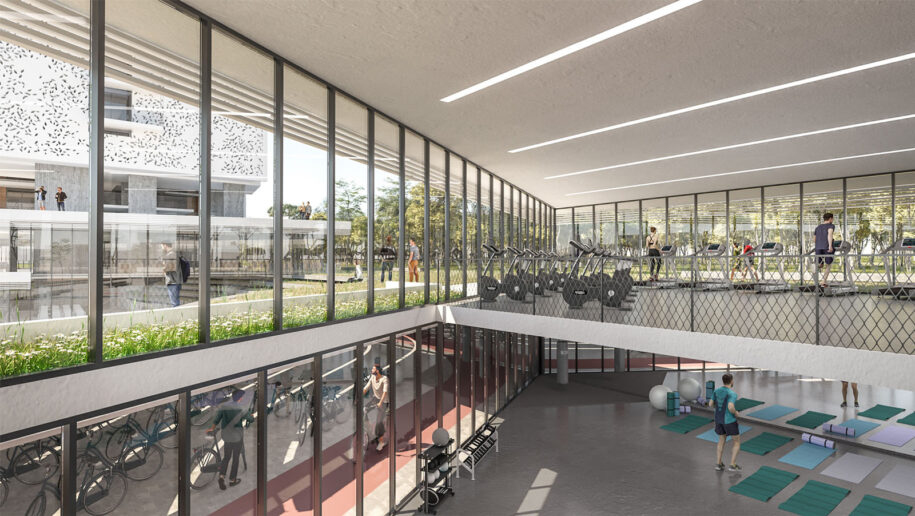 The configuration of the surrounding area and the Square are composed as a system of diffusion of the park to the Square and the road of mild traffic that feeds the whole complex along the south side. As a result, a functional section is created on the ground floor level with the North (Upper) square with physical characteristics and the South (lower) Square with more urban features, which are articulated around a public amphitheater – scale. 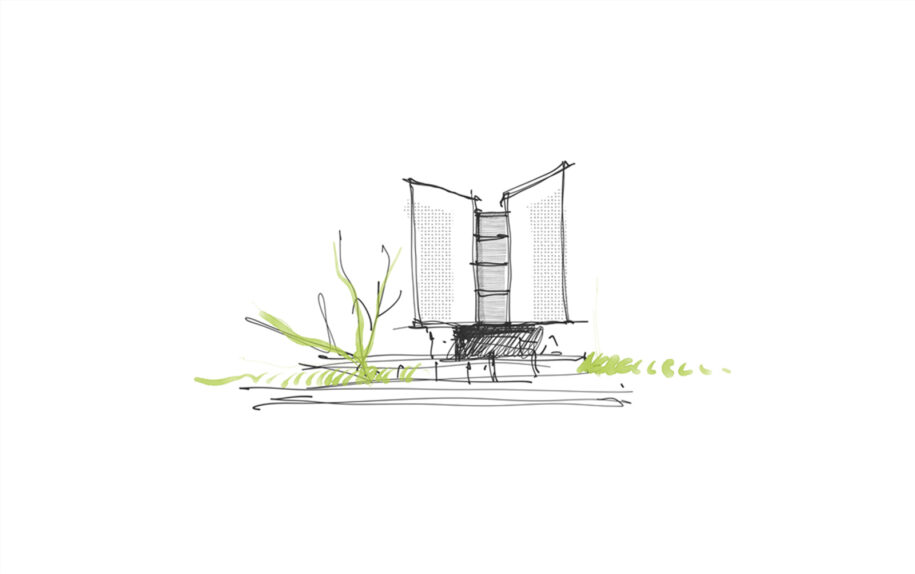 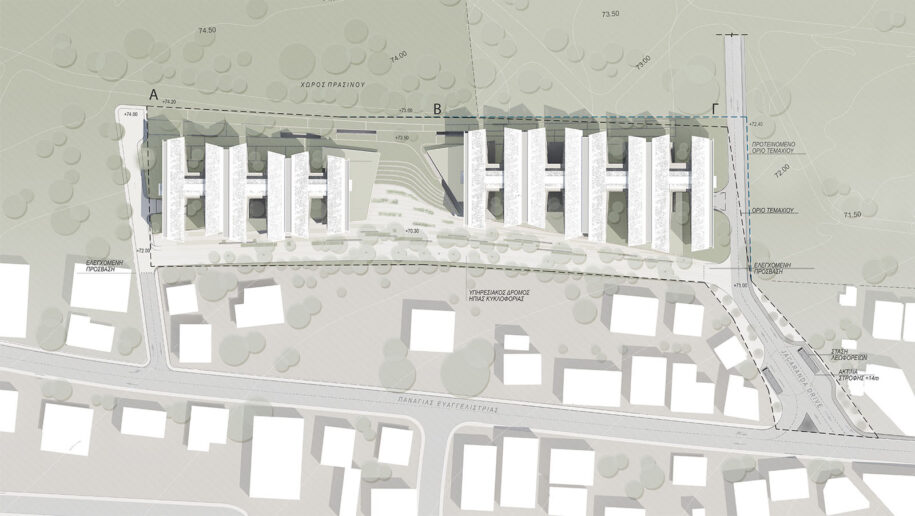 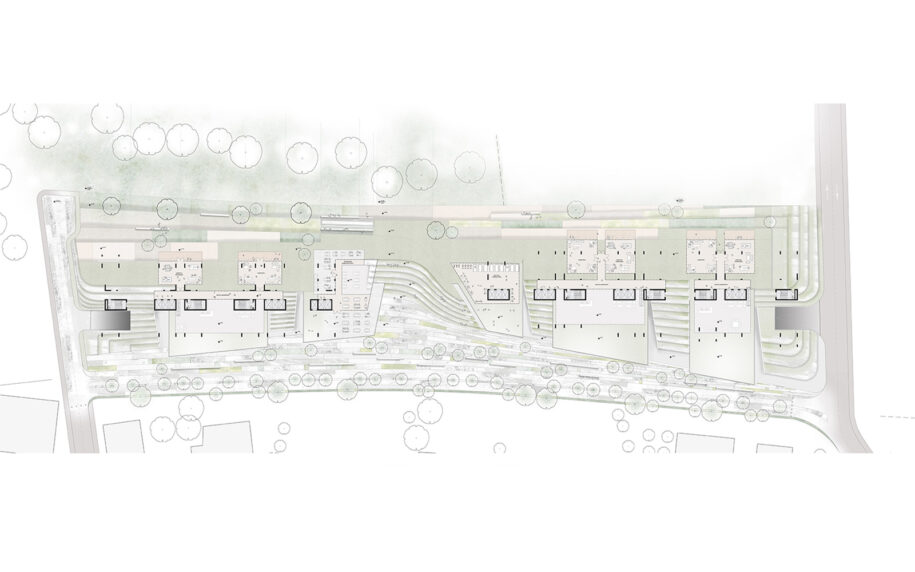 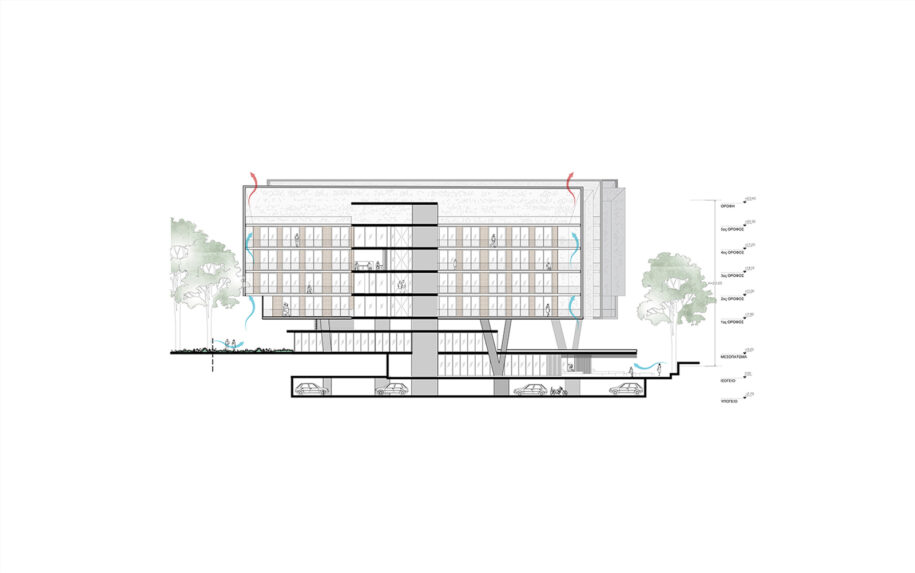 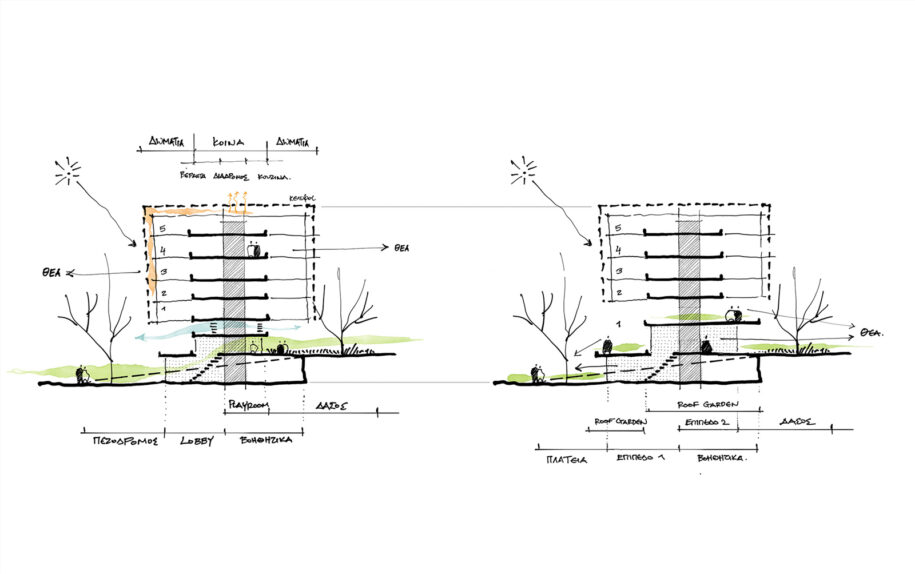 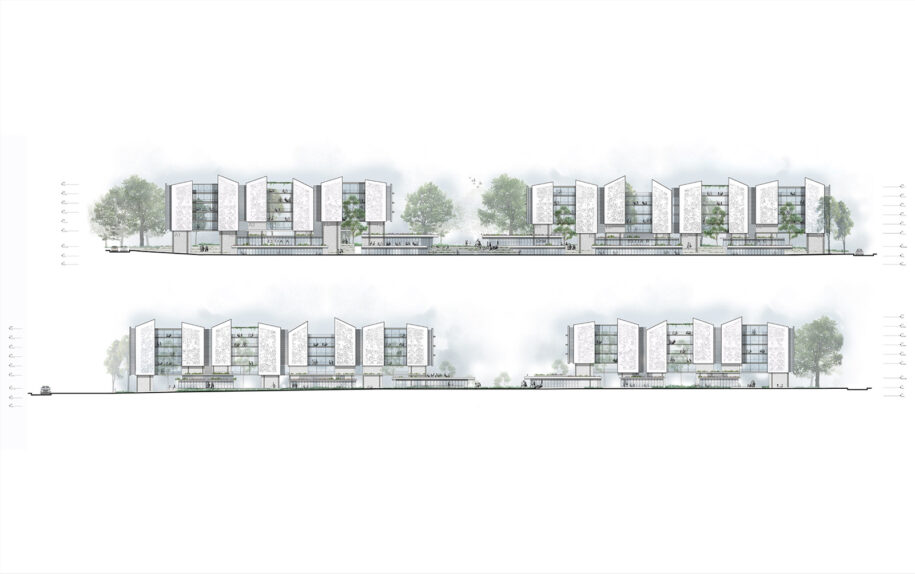 
Check out, also, “The Jolly Boomerang” by architects Harris Vamvakas & Errikos Ioannidis in collaboration with OCA Architects that won Honorable Mention in the architectural competition for student housing of TEPAK in Limassol, Cyprus, here!