FerroFinestra W40 steel system by Ottostumm | Mogs was the key element for the restoration and renovation of an existing 1880’s heritage-listed three-storey Victorian Italianate-style terrace house in Sidney by D’Ettorre Architects aiming to translate an existing 1990s office fit-out into a contemporary residence while honouring the historic charm of the building and giving the owners a comfortable home with bold design modifications. 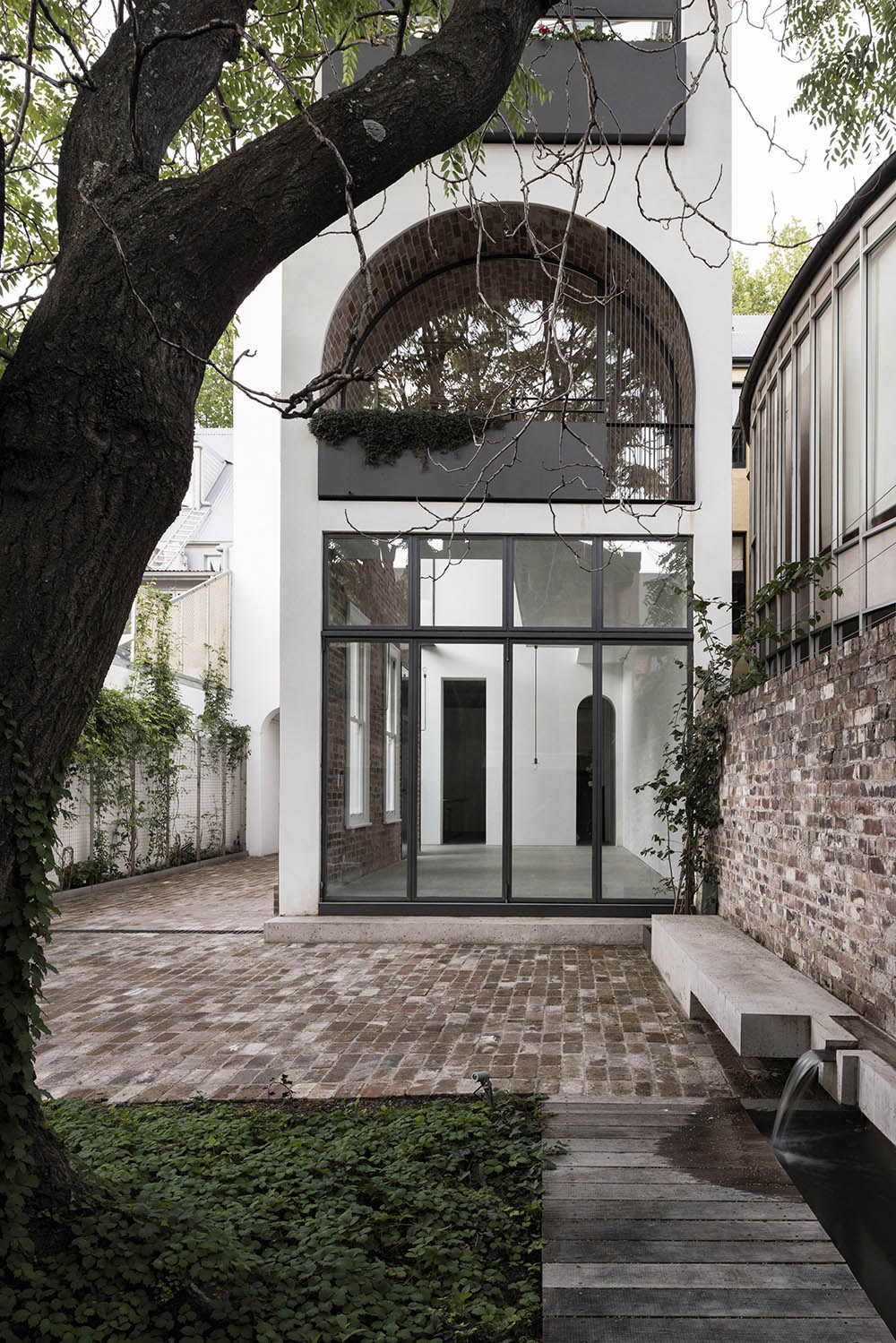 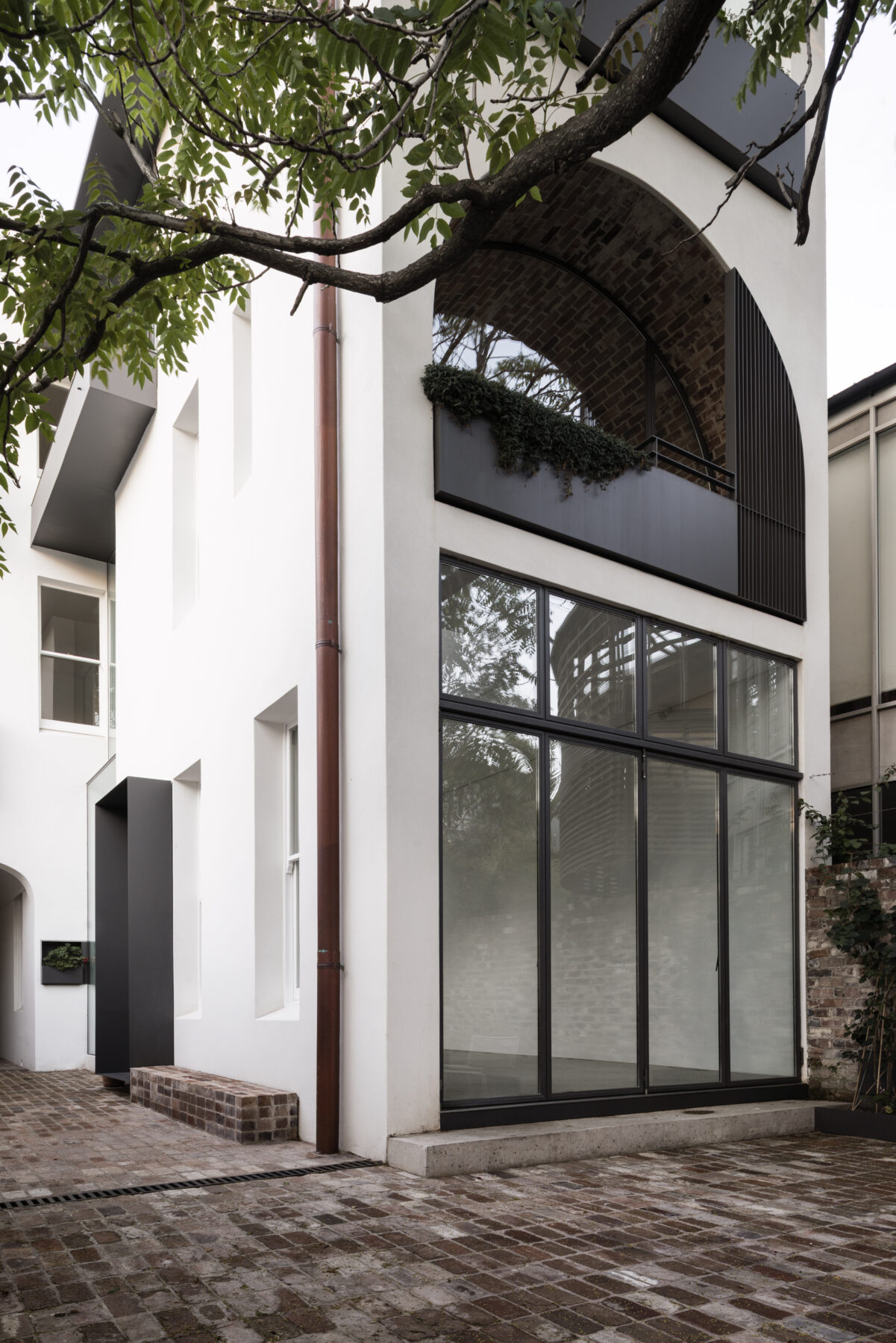 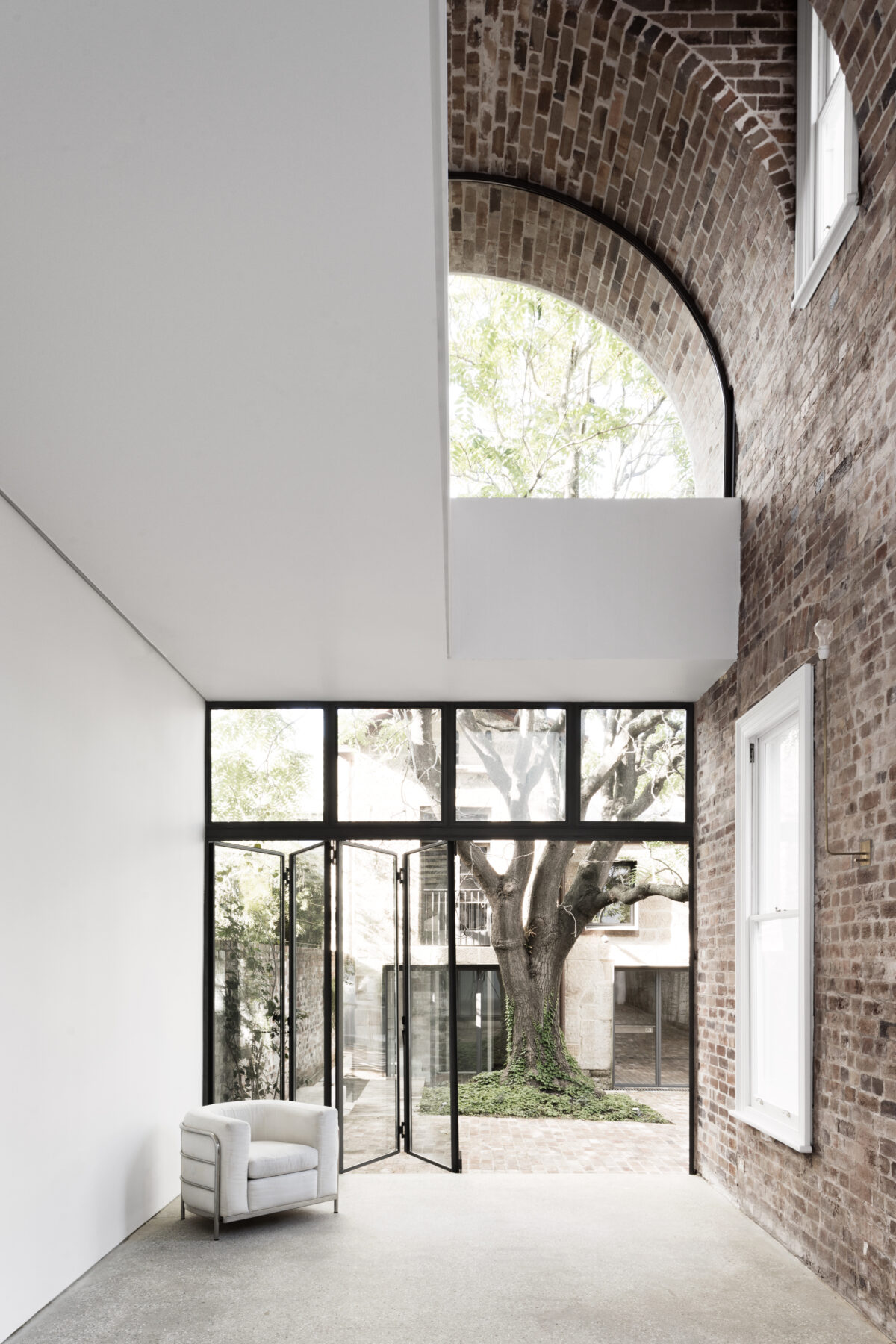 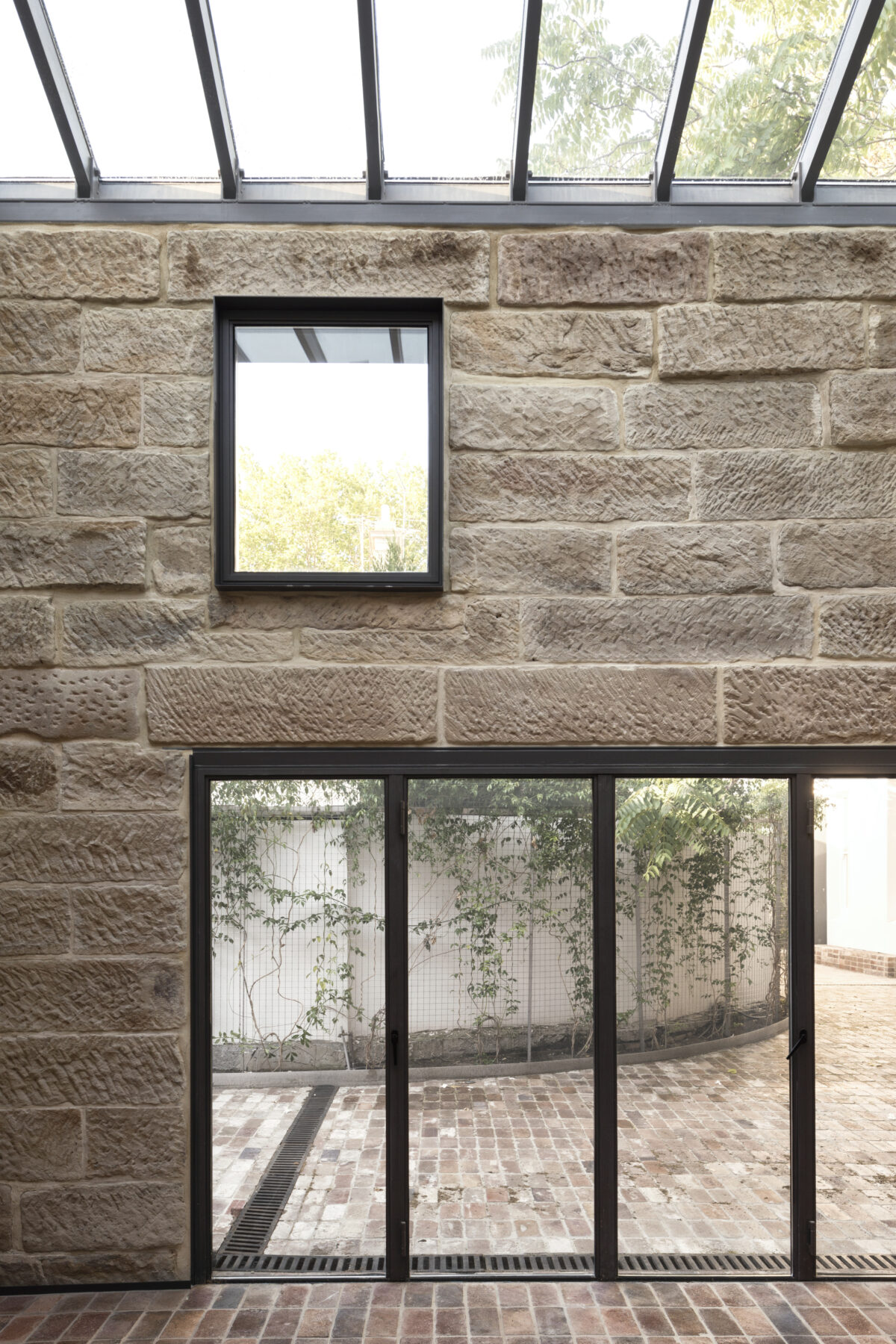 The low heritage significance of the existing rear wing offered an opportunity for total restructuring, so it was here that the most dramatic design intervention took place. The introduction of the impressively engineered double-height brick vaulted ceiling to the restructured rear wing seemed an appropriate element for the Italianate style of house. 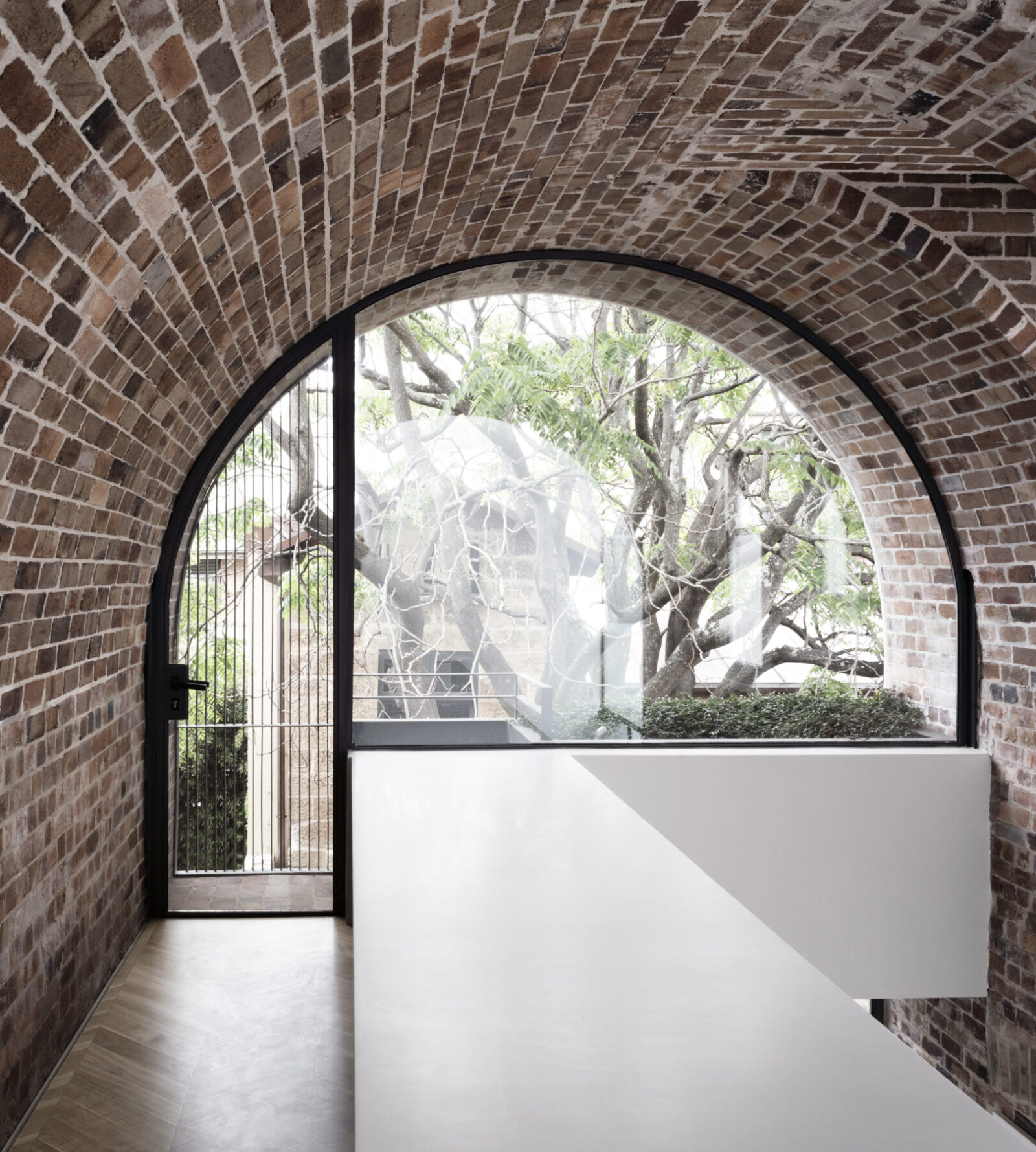 The vaulted ceiling brings to modern design such elements of historical grandeur that gave rise to the great architecture of early civilisations and bestowed the notion ‘the arch never sleeps’. 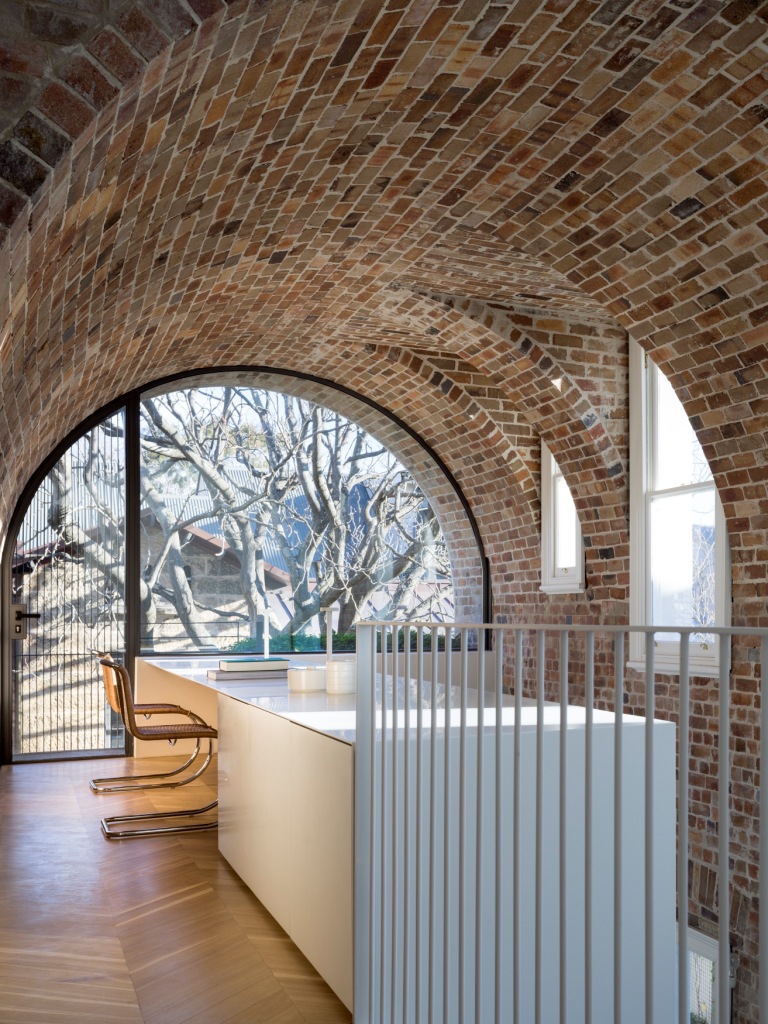 The constraints of the site meant that, instead of building a new addition to the rear wing, space could be reworked to provide light and visual connection as well as access to courtyards.  Special consideration was given to separating the historical terrace house from its rear wing with glazing to link the voids and separate the old from the new with negative space. 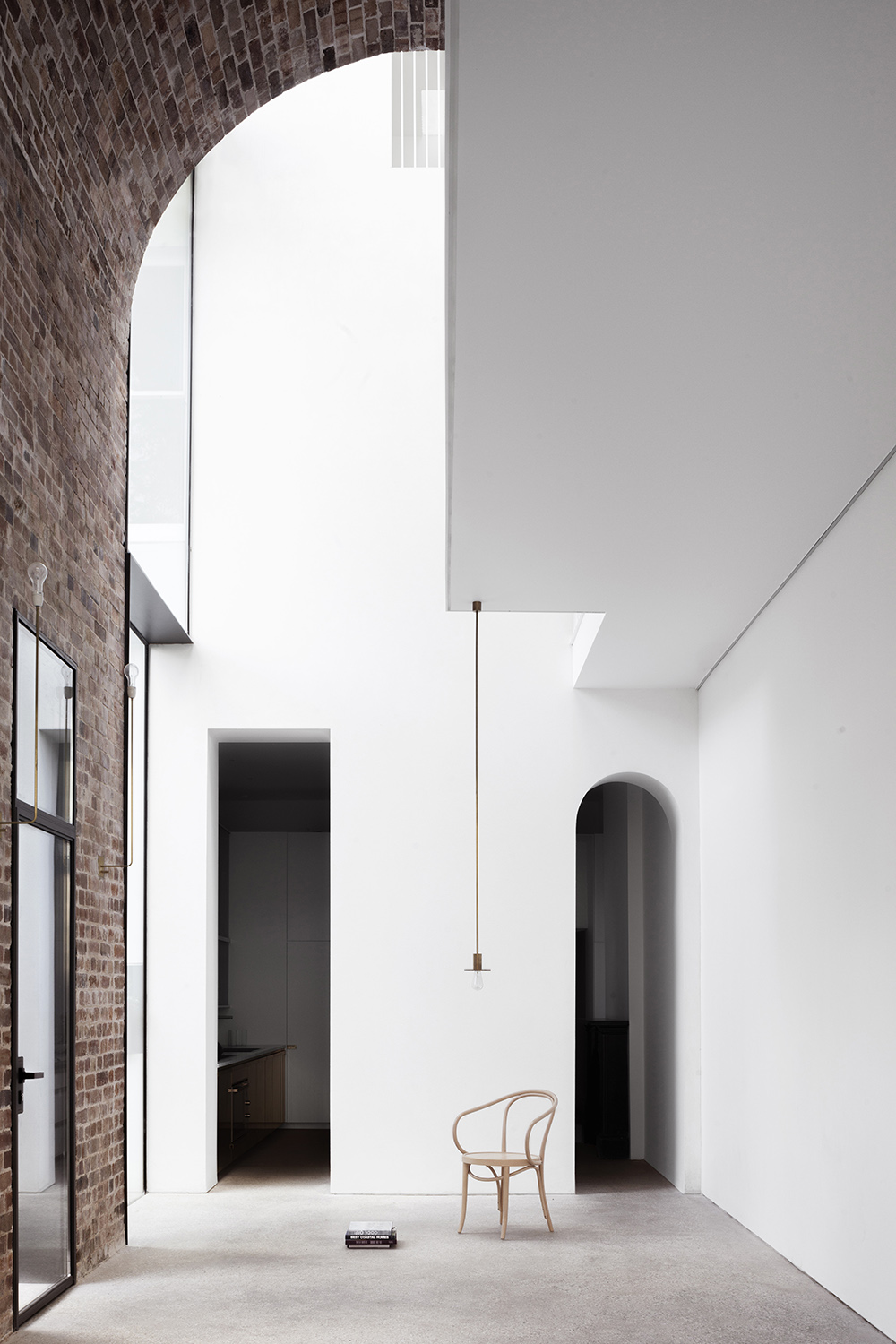 FerroFinestra W40 is well known for its remarkable beauty and elegance as the only steel profile on the market which is HOT ROLLED with the original production technique of the Thirties, evocative and fascinating. 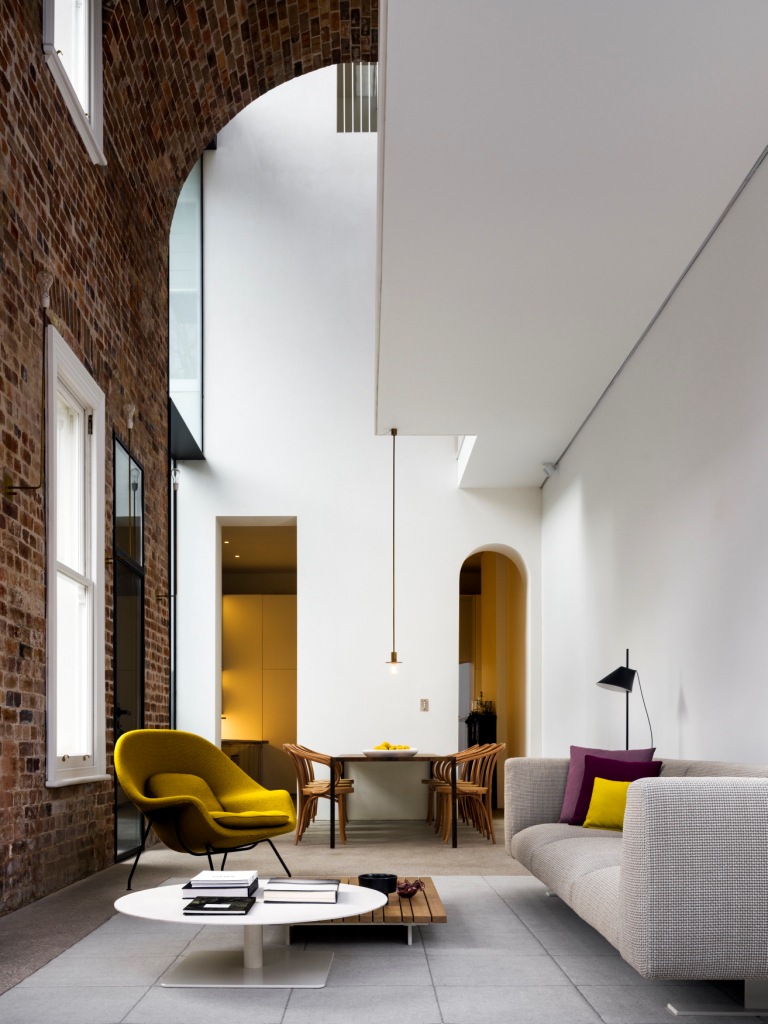 The existing building’s generous size permitted additional spaces beyond the client’s needs and expectations allowing the introduction of the multi-use conservatory on the rear wing’s second level.  The conservatory was designed with the same objectives as an outdoor terrace, using reclaimed terracotta floor tiles laid under an expansive double glazed roof which acts as a heat bank during winter to disperse hot air to the upper levels. It also doubles as a drying area during wetter months.  The conservatory has been treated as an outdoor living area with potted trees.  It’s a winter garden during the cooler seasons with abundant natural sunlight and, on rainy days, is protected by the glass roof. 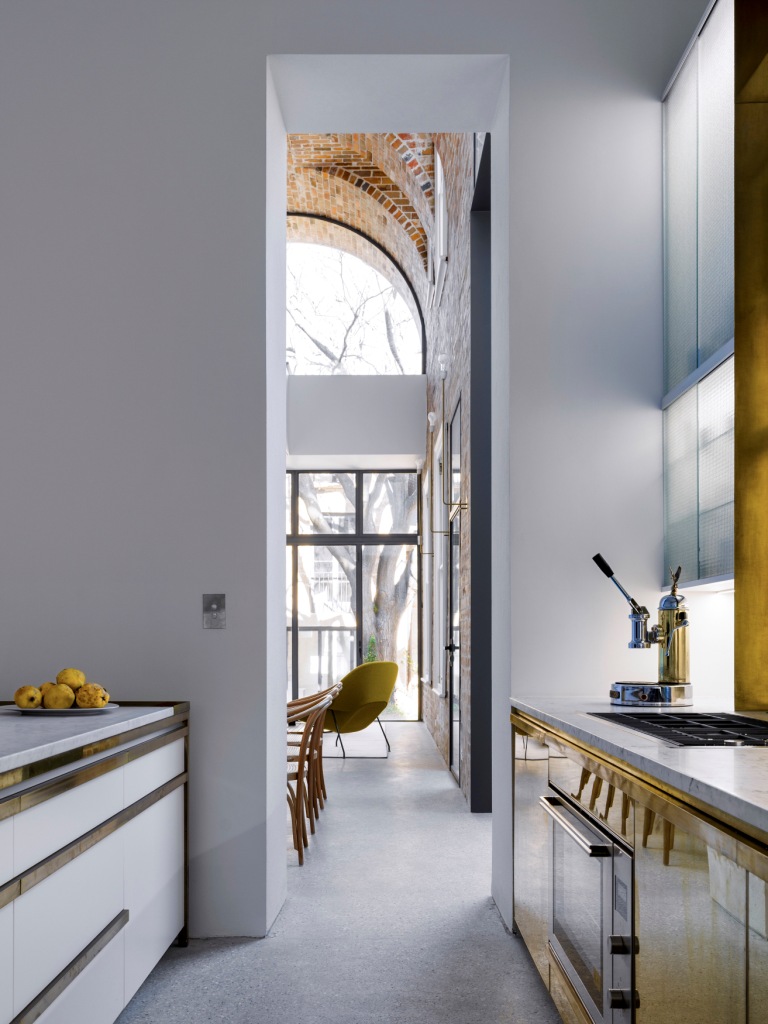 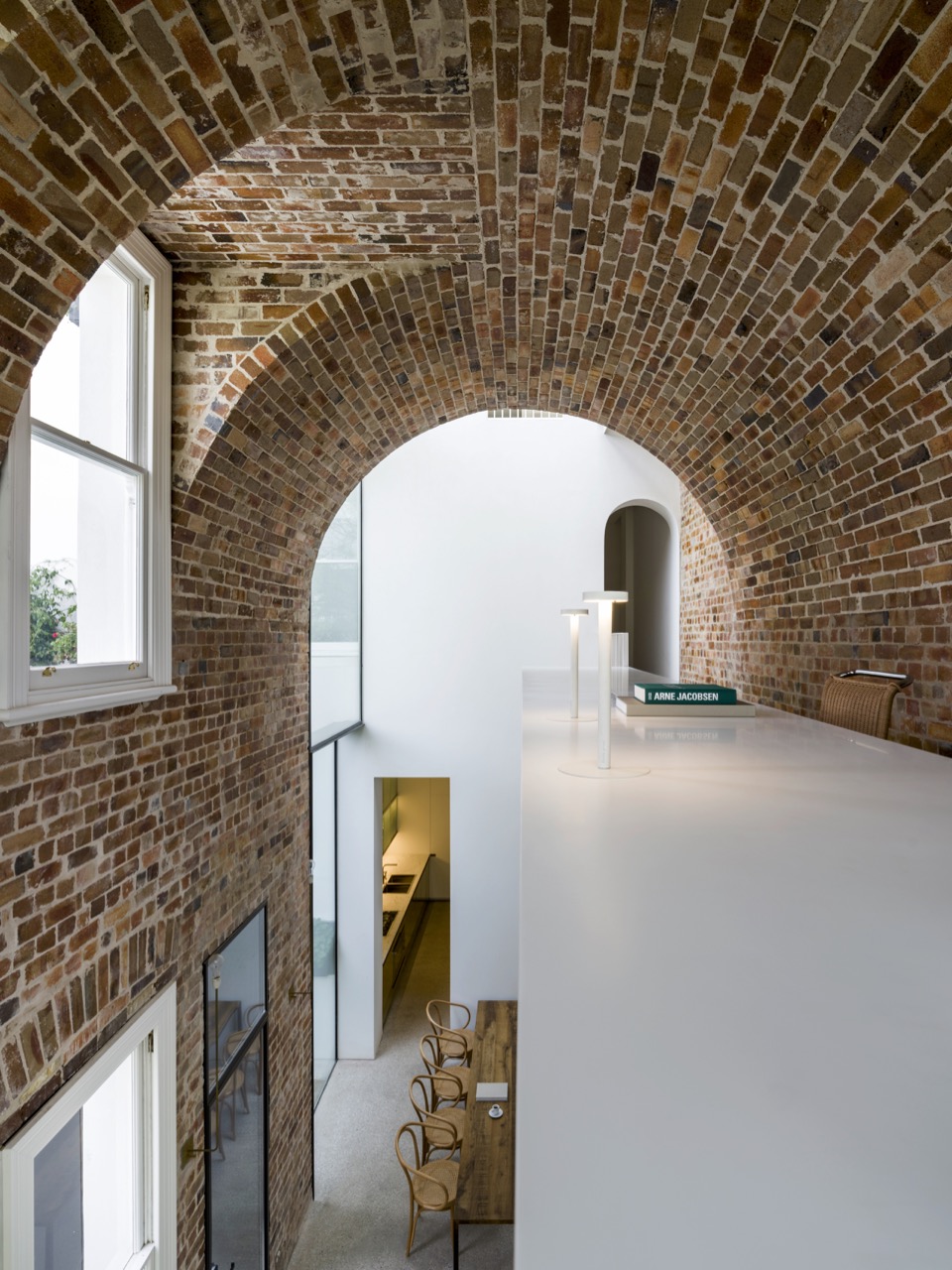 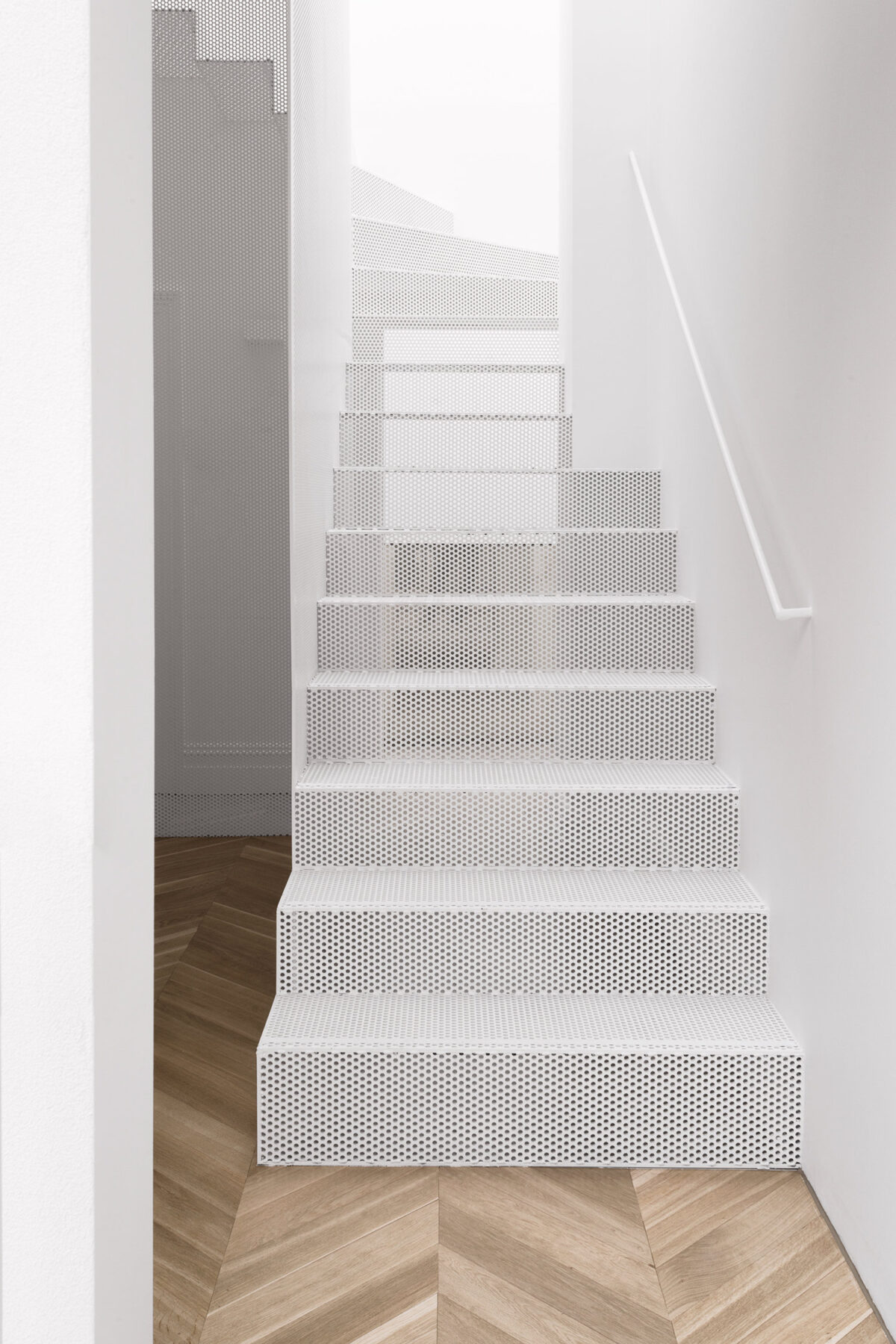 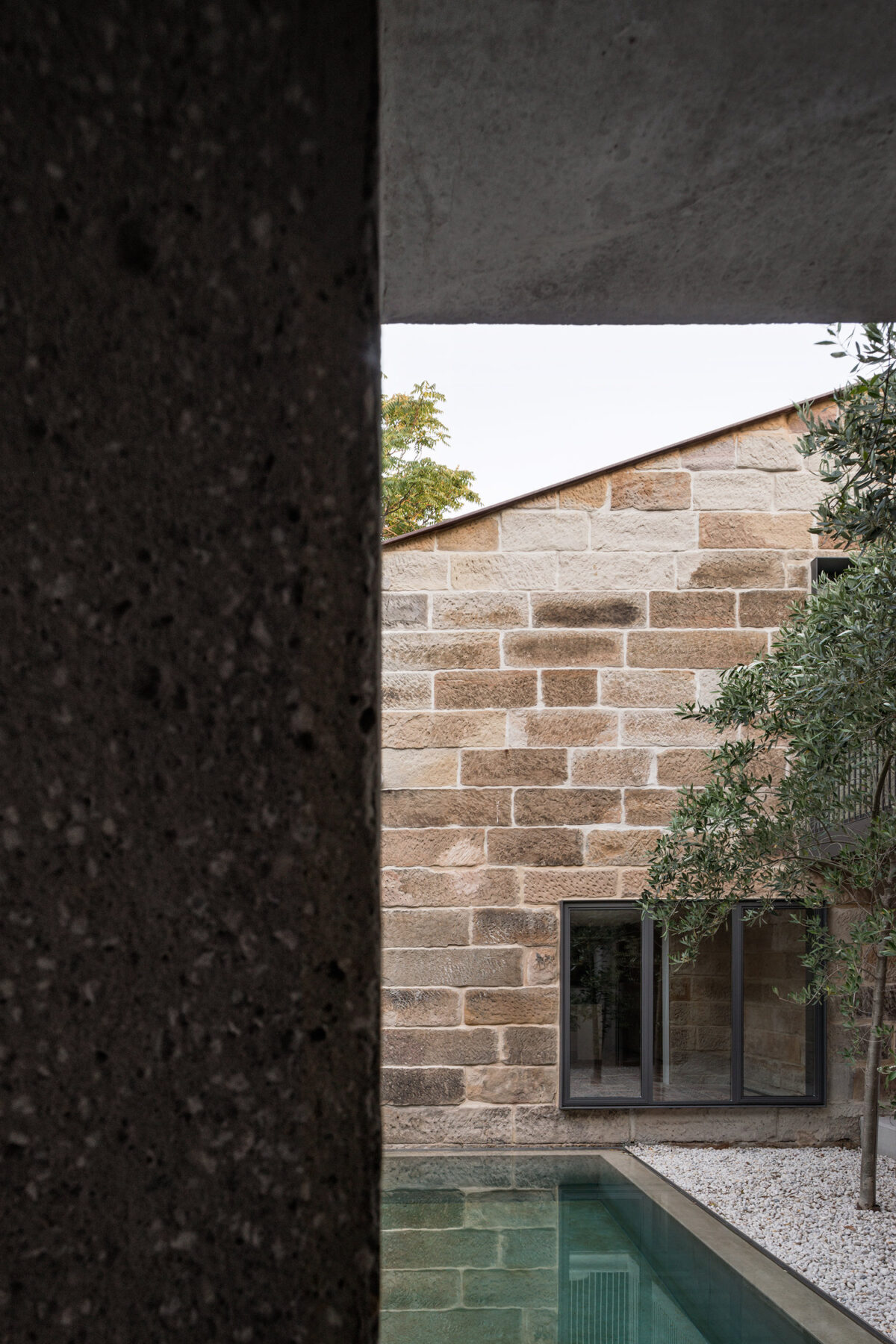 Visit Architectural Frame Systems, the Athens-based office representing Ottostumm | Mogs in Greece and find out more about the products, here!

READ ALSO: R architecture designed the new facility of the SIRTA in the Polytechnic Institute of Paris
0 COMMENTS