Casa Nido by PKa Studio is a single-family dwelling located in the province of Buenos Aires, city of San Fernando, a mile away from Rio de la Plata. The entire project was centered upon the premise to respect the Art Deco style of the existing house and to use a light structure over the new building.

–text by the architects

The different spaces were designed in two floors, based on the possibilities and opportunities that the old building offered and always capturing the best orientation, not only horizontally but also overhead. 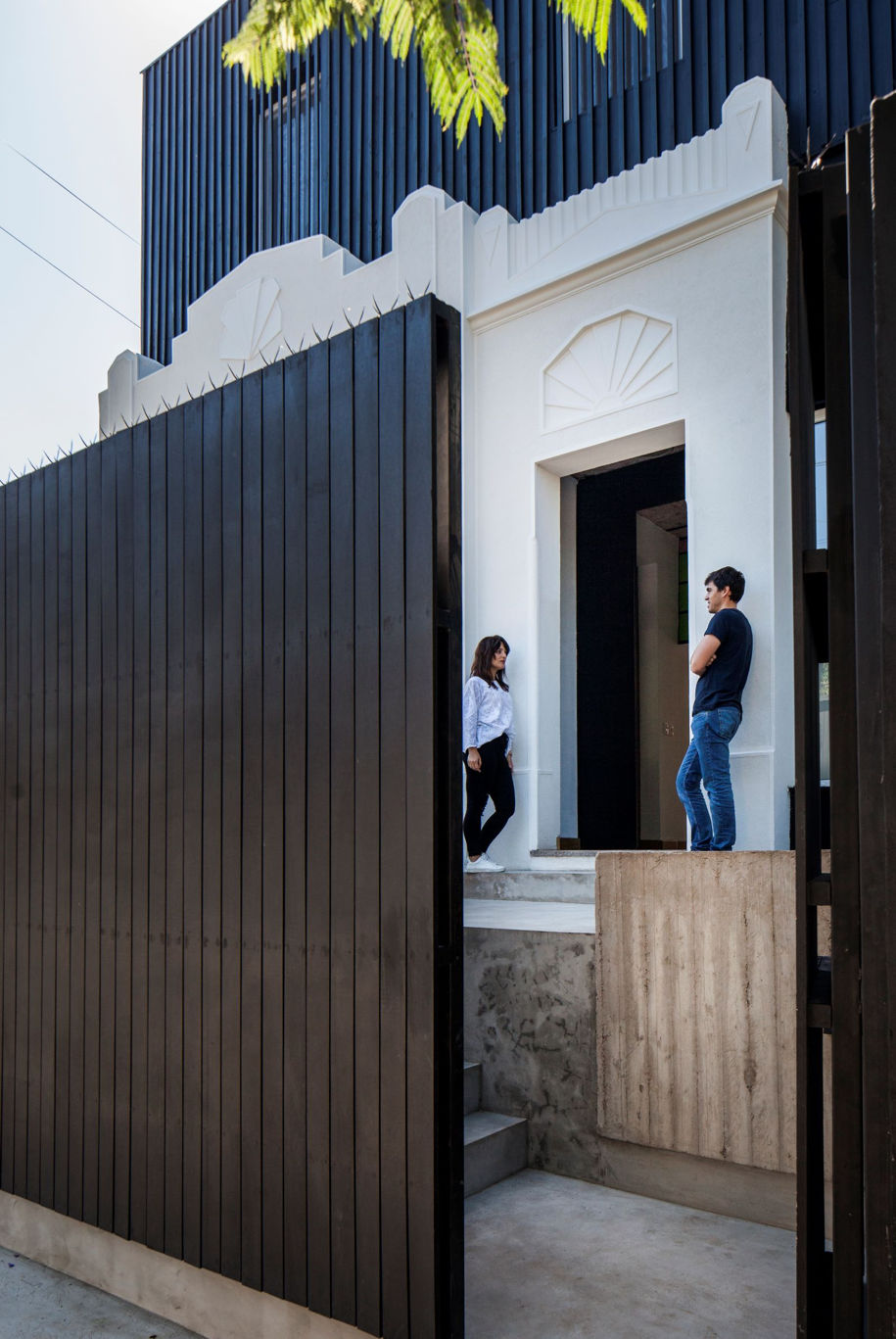 Located in a neighborhood scale context, it is set up and abides by local regulations. It has an introverted relationship with the street which benefits from the exclusive use of an access patio that coexists directly with the living-dining room, merging with the garden through a circulation that directly articulates the front and the back generating cross ventilation. 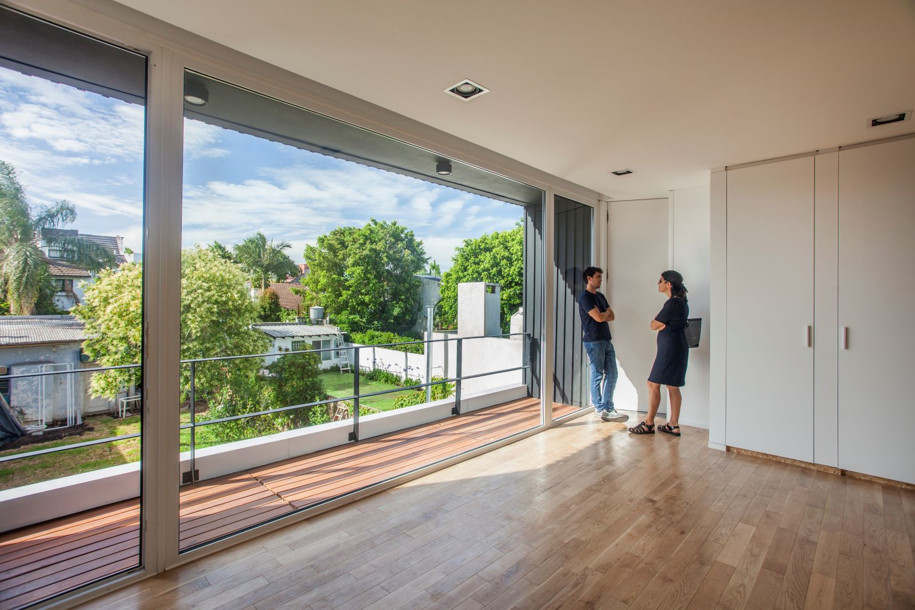 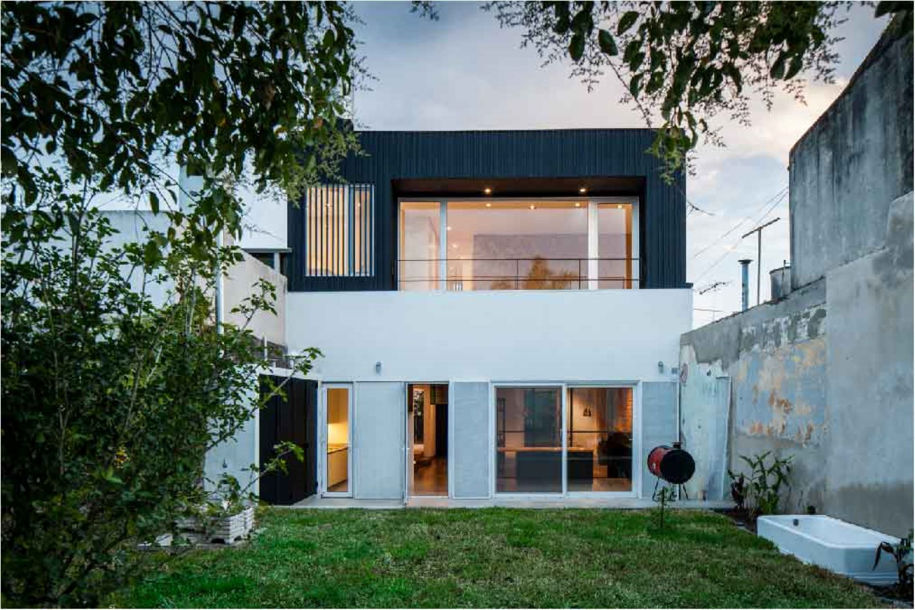 The structure of the dwelling is based on noble materials, but, overall, it was decided to work with a dry, light and fast constructive system. 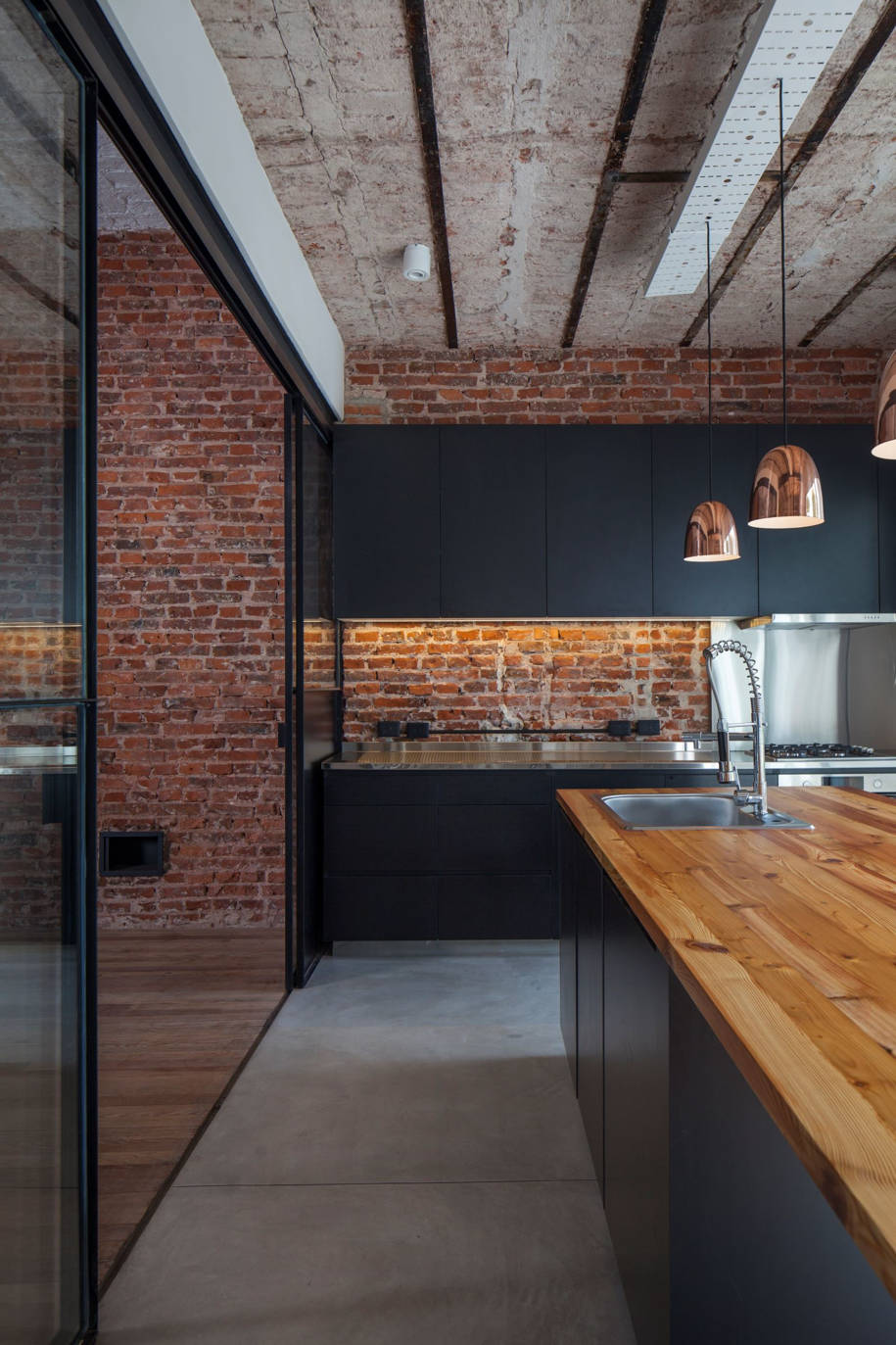 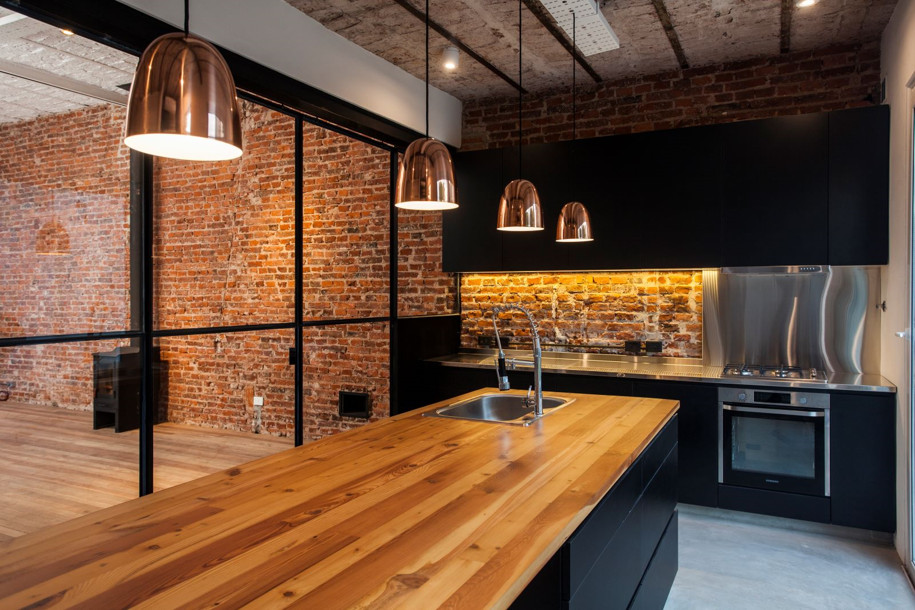 The entire structure was presented in the existing volume, the plaster of the party walls was removed leaving the exposed brick, maintaining the same concept with the roof and leaving the structural vault. The interior endings and enclosures, including the main door, were worked in black iron, continuing with the manufacturing line. 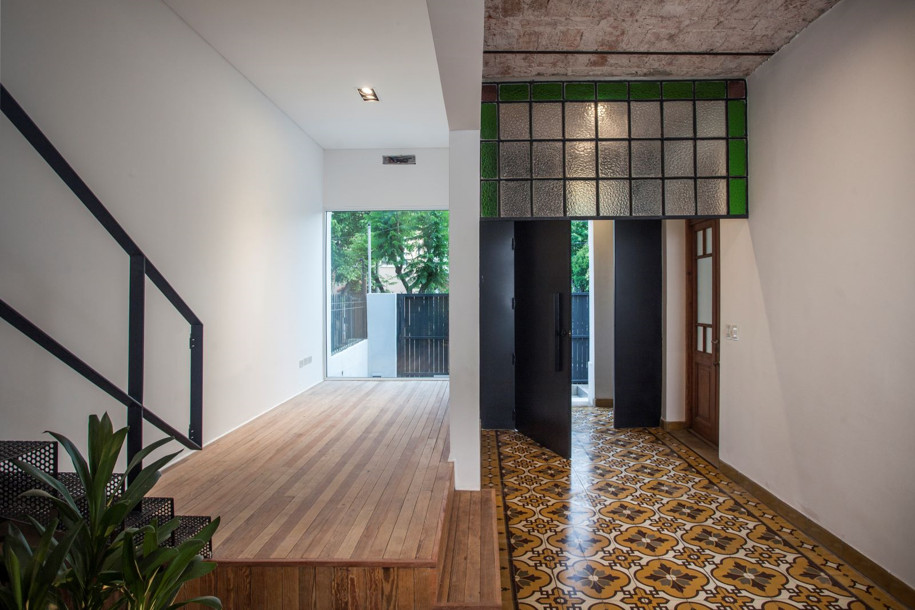 The PVC openings, with hermetically sealed double glazing, were meant to take care of the interiors.

The new volume, entirely made in dry Balloonframe, implanted as a nest on the existing building, with a materiality opposite to the old house but totally complementary generating a dialogue between the old and the modern. 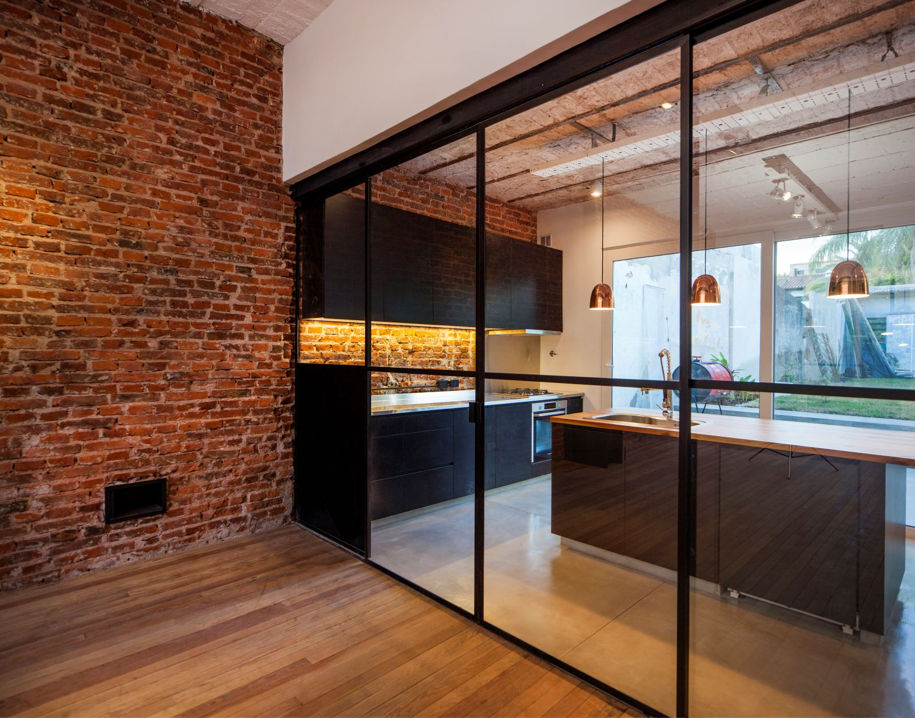 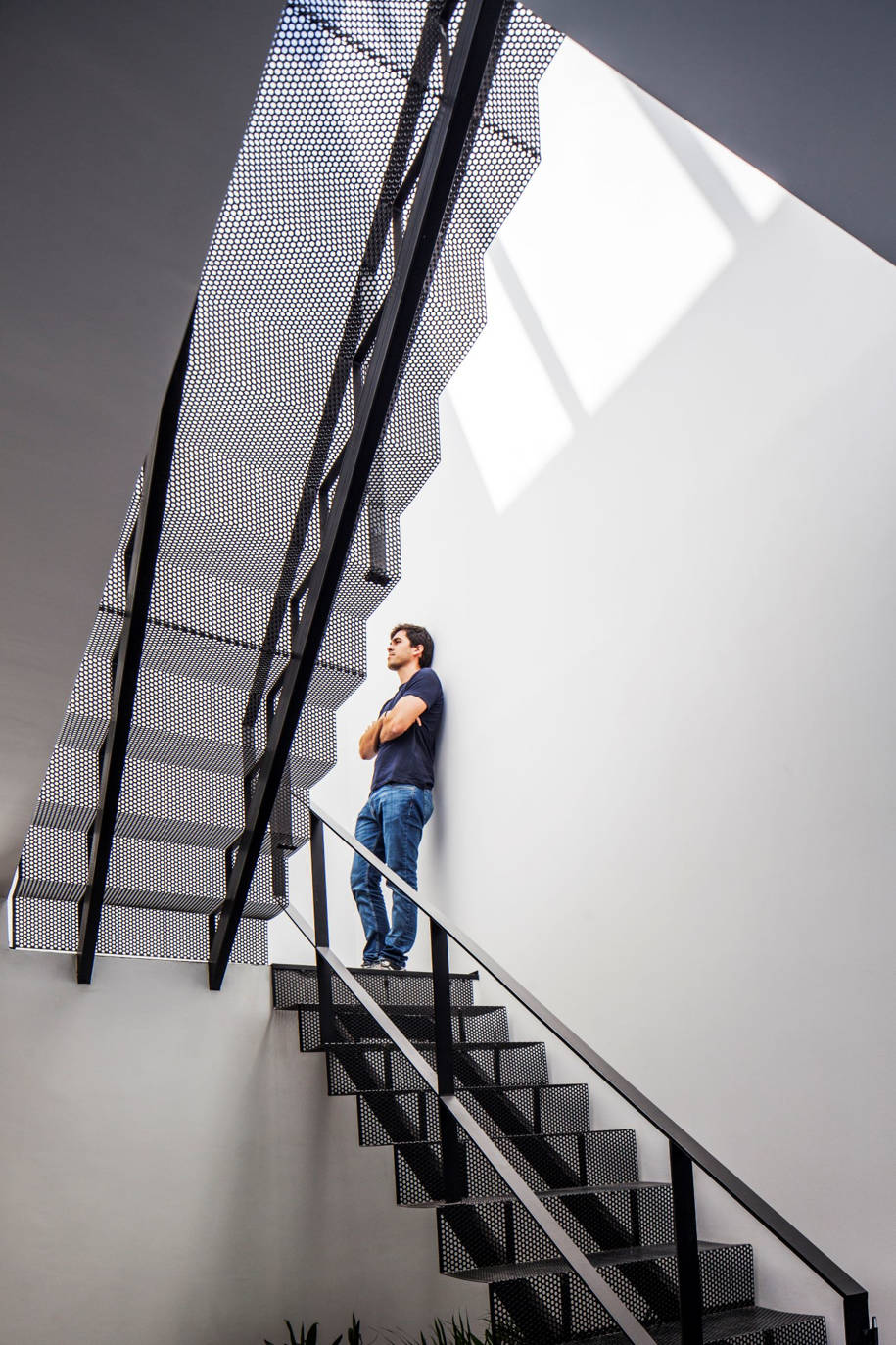 The relation of the dwelling with the outside is one of the main priorities of the project.

The studio studied the way to relate directly with the environment, generating spotlights and light sensors in both spatial directions, horizontal and an overhead direction. 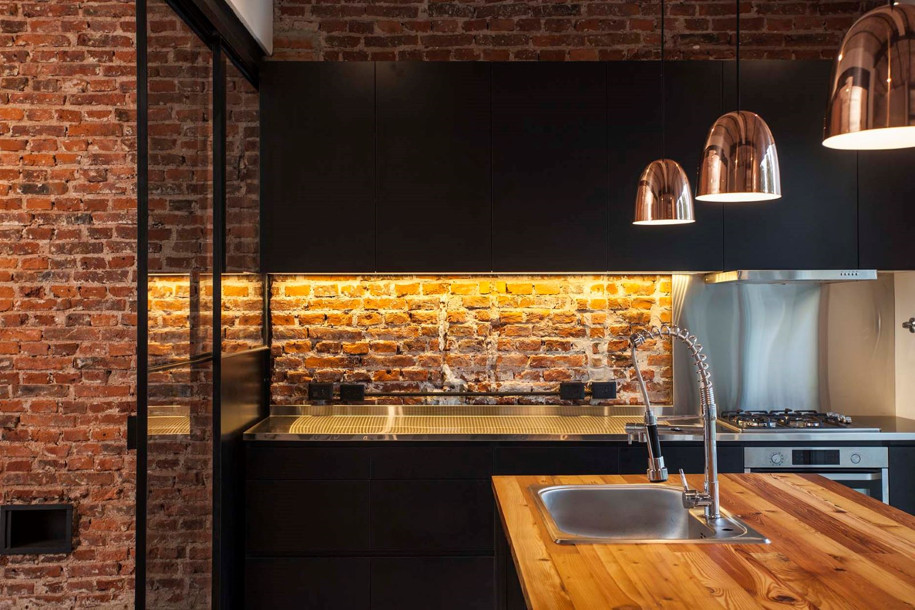 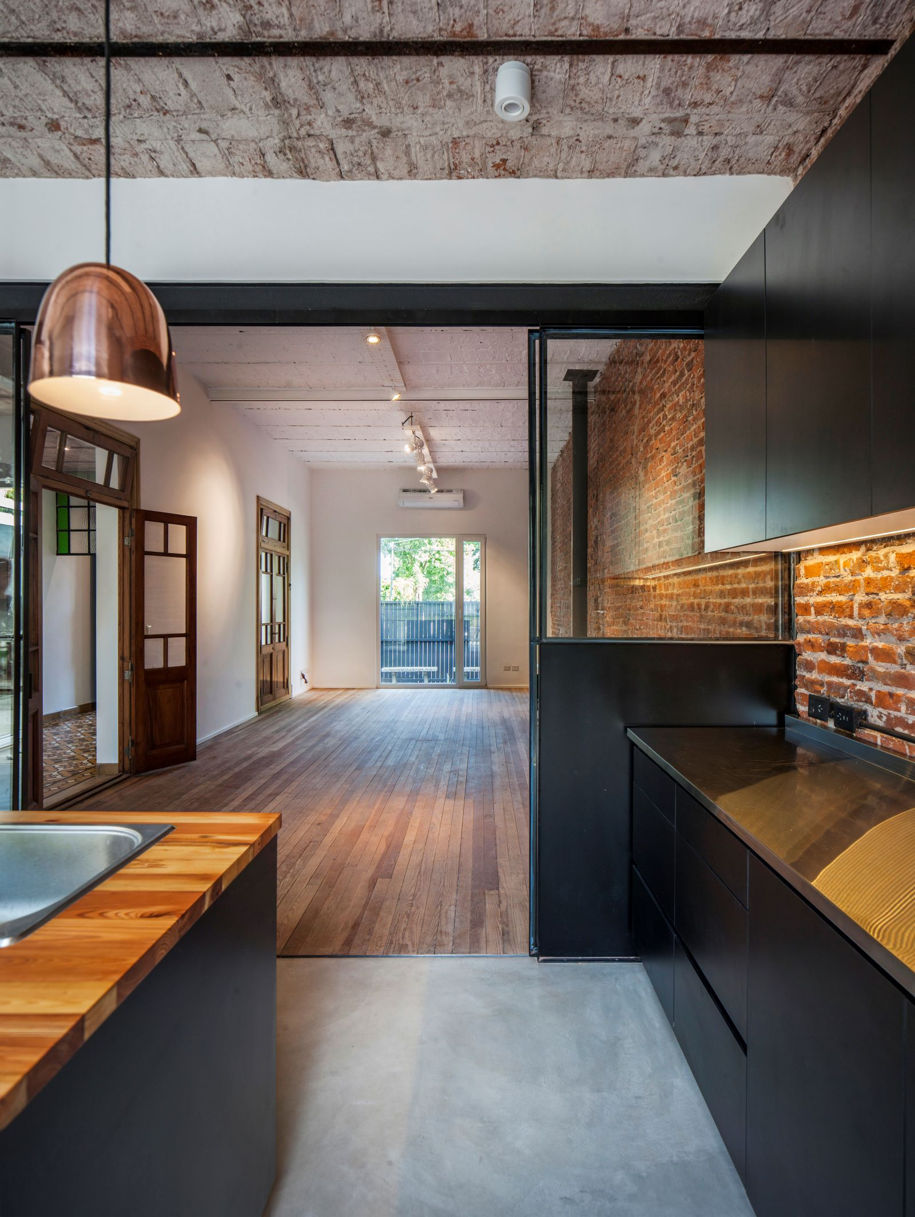 PKa Studio always work with a routing system where as one moves forward, can discover different situations. 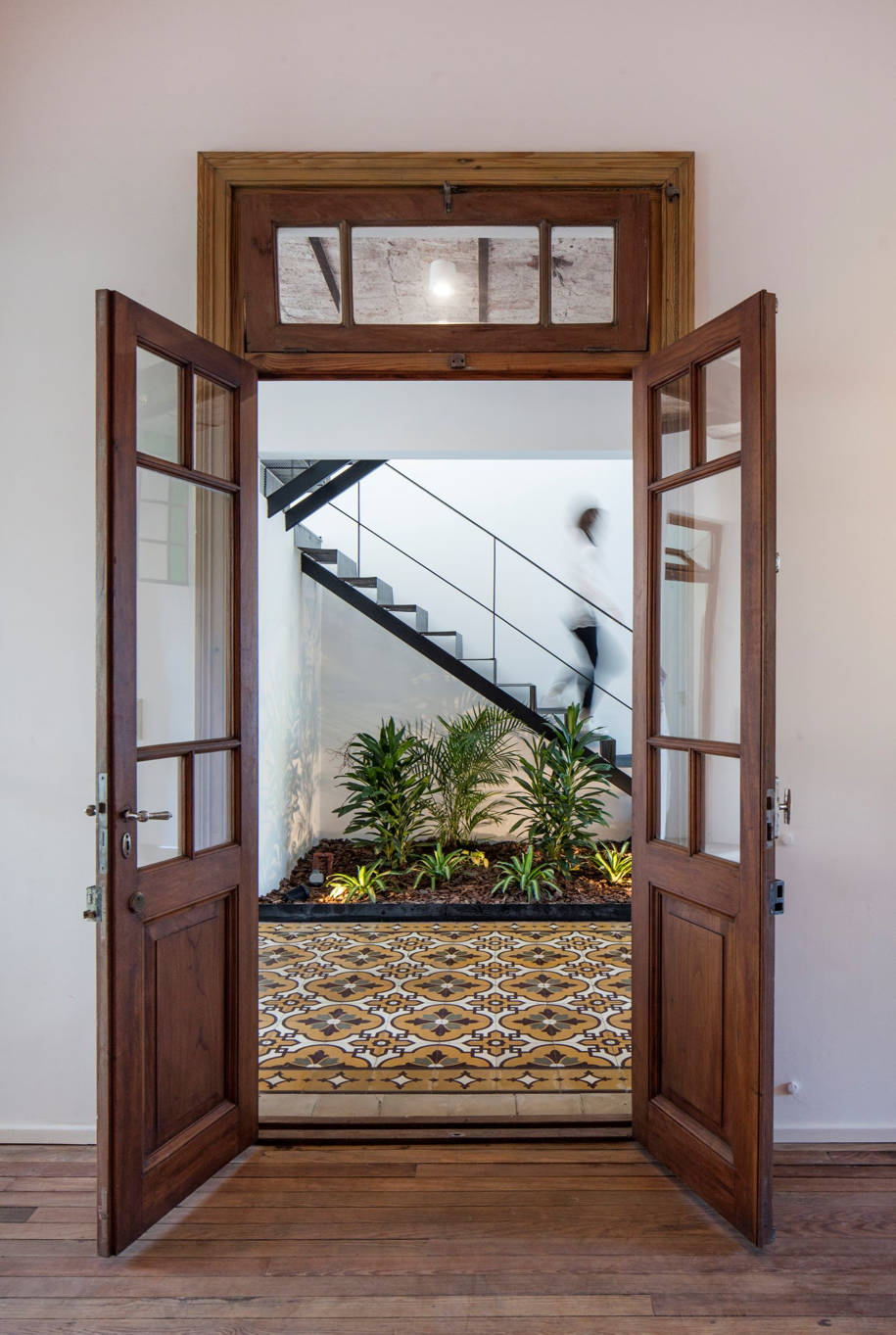 When entering the access courtyard, one has a first approach to the front, where the coexistence of both systems can be clearly read. Once inside the house, we generated a first contact with another green space under the light staircase, which sews both instances, and a few feet away, the garden view. The house is a bellows that dialogues between the front and the back. 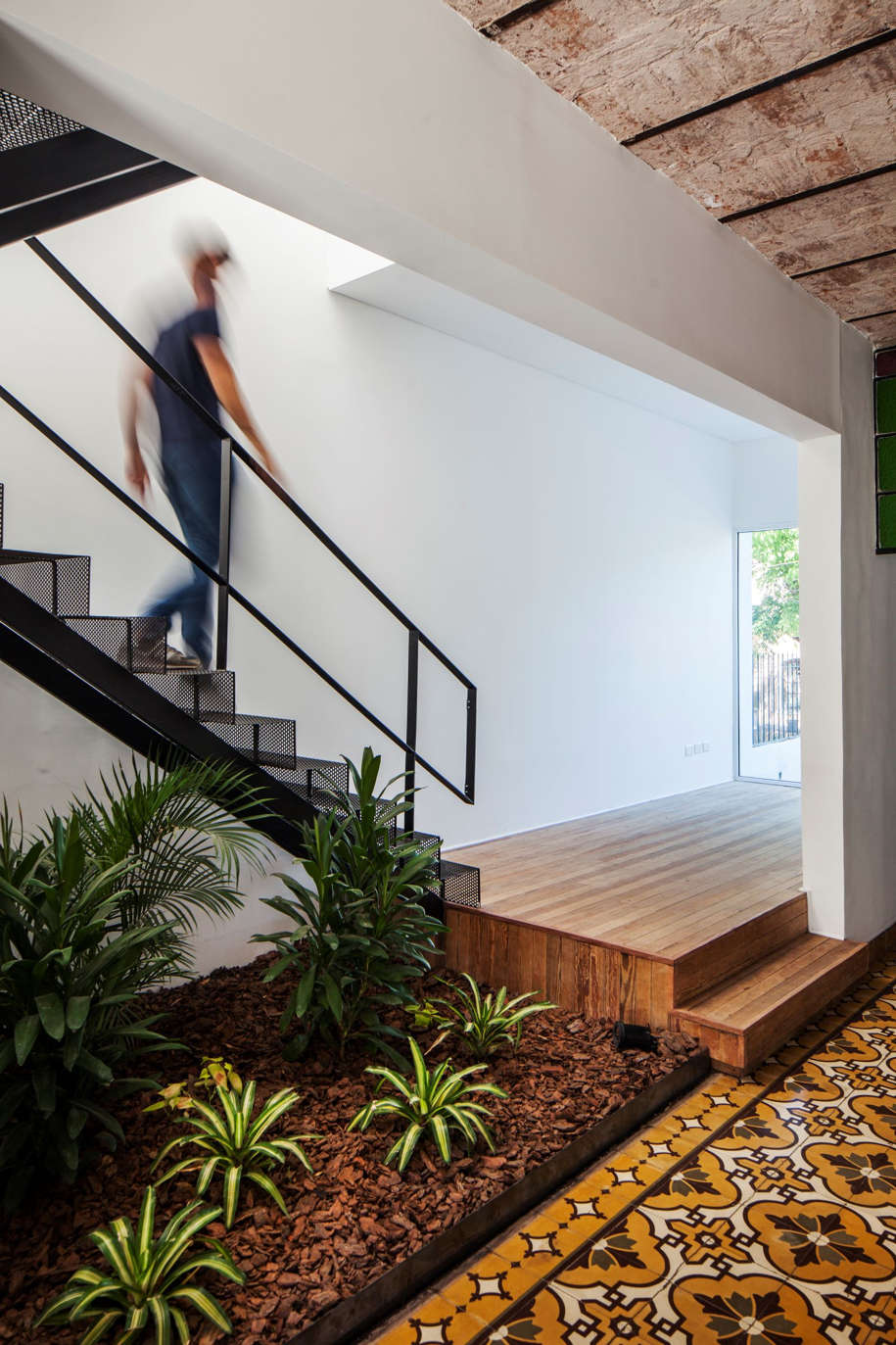 The biggest challenge in designing and building Casa Nido was to work with an atypical construction system for the area and to enhance and take care of the old building. 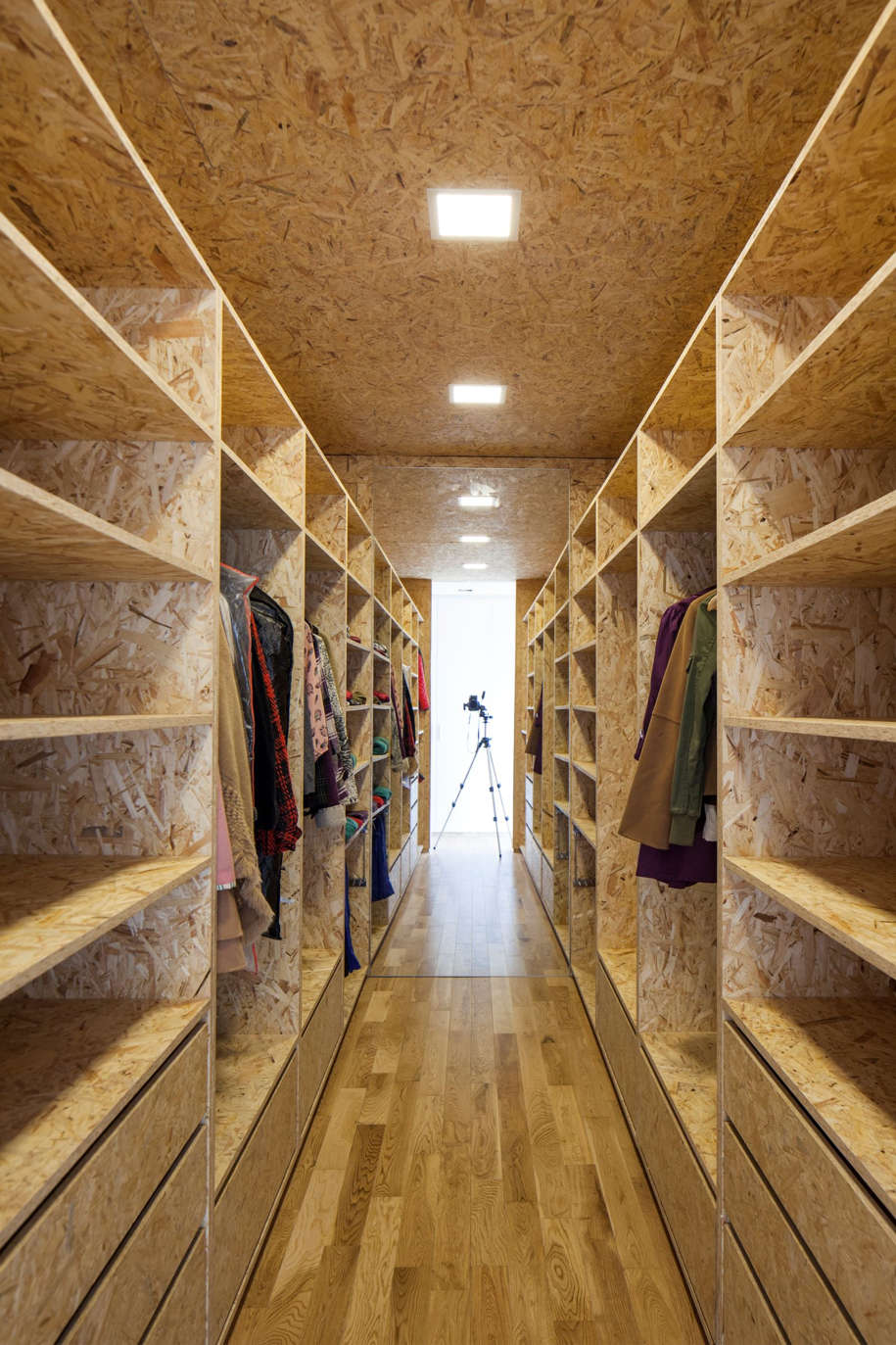 PKa Studio always prioritize the orientation, for the efficient use of energy, both in winter and summer, the flexibility of the environments, the fusion with the open air, and the use of regional and noble materials, together with simple and synthetic details. 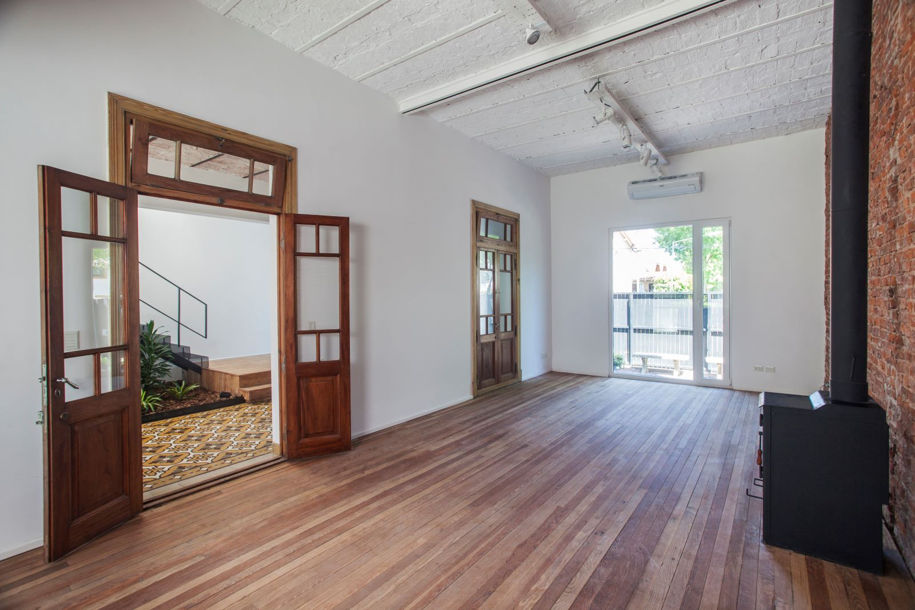 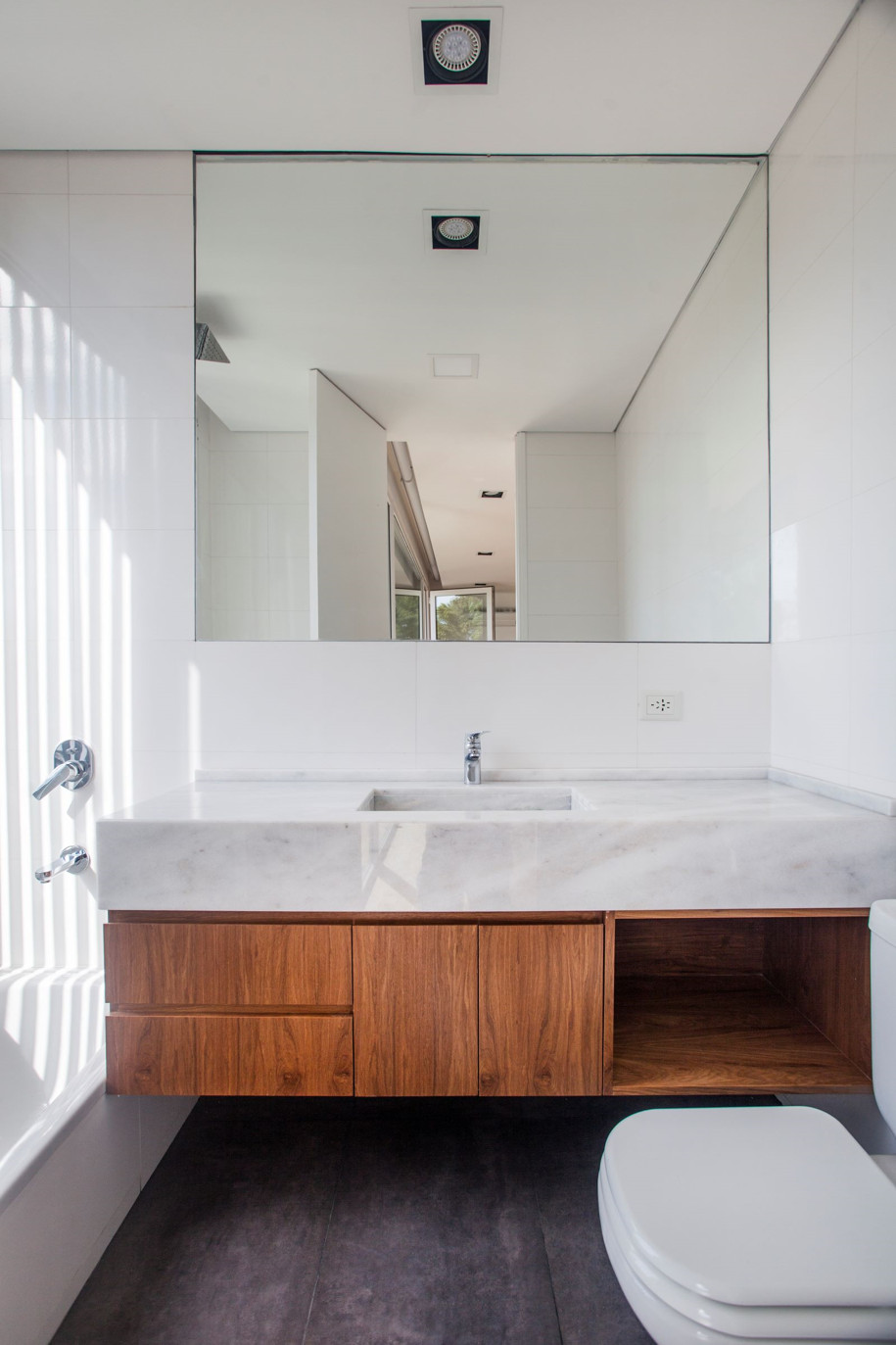 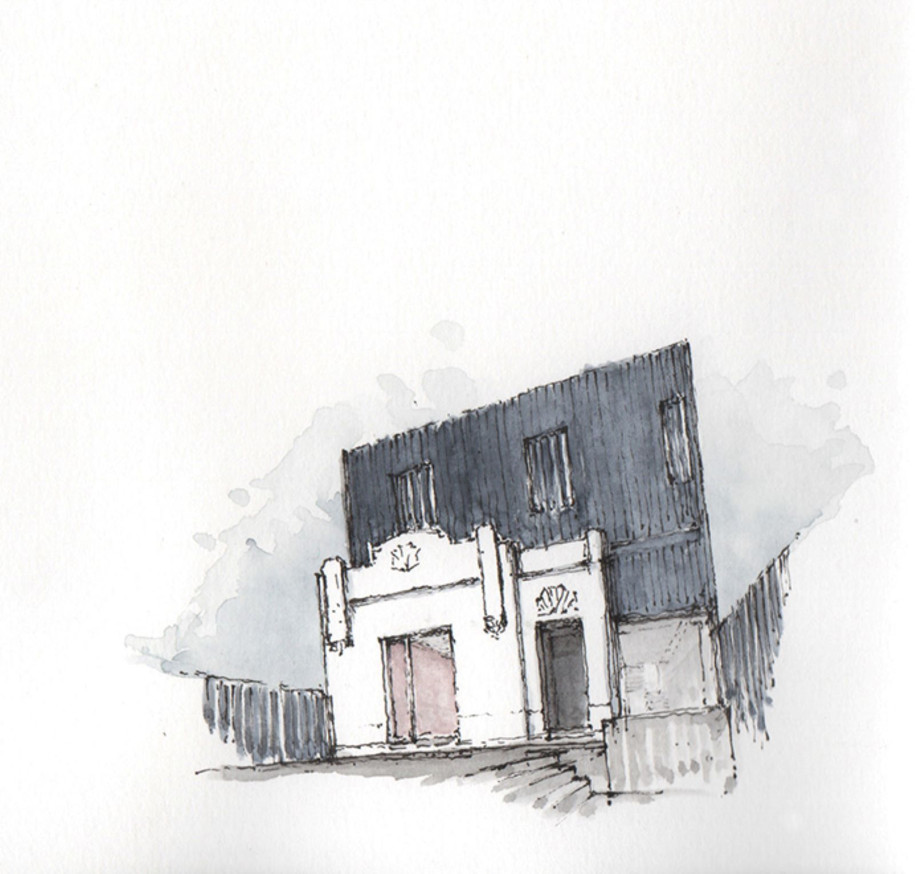 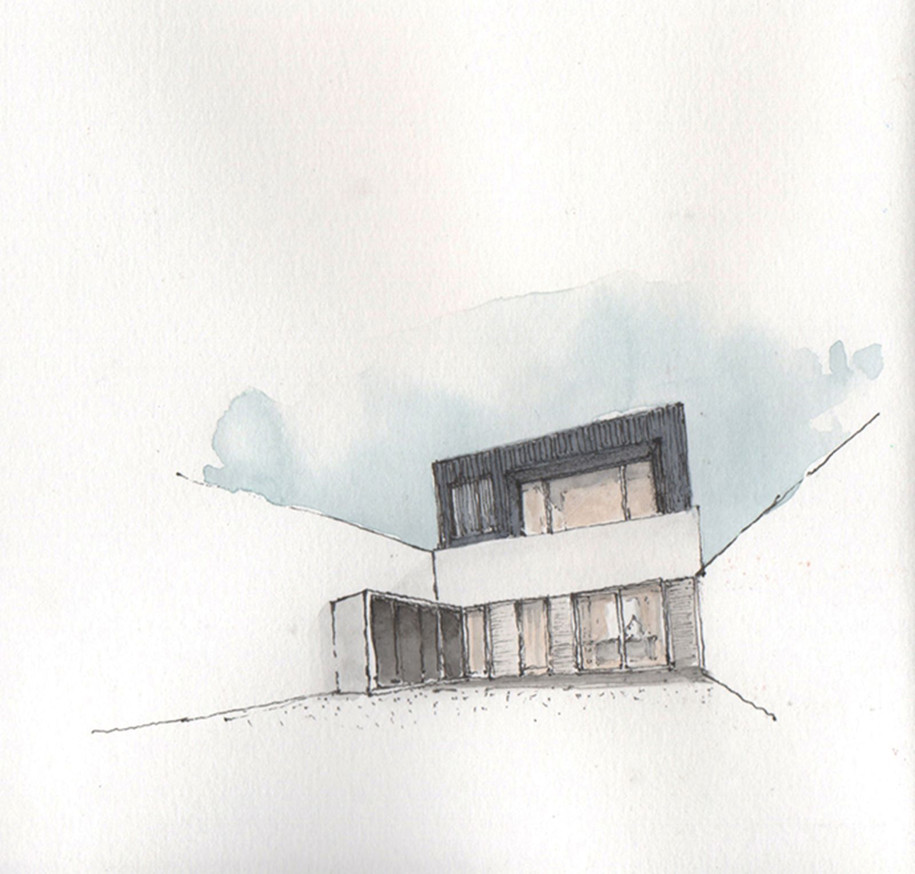