I AGREE
Archisearch https://www.archisearch.gr/wp-content/uploads/old-site/congruent-materiality-01.jpg
The various definitions of congruence describe a situation where a state of harmony and agreement is perceived or achieved. There is a governing notion of similarity, albeit a strange one: it is not a complete equivalence, nor a complete disjunction. Furthermore, in psychology, the concept of congruence is more related to «genuiness», realness and to interpersonal relationships that are true and «transparent», having no «front», no facade… In architecture and design, congruence can be encountered and perceived as a transcendental trait, which has the capability of being constantly adapted and transformed, according to any specific situation or design problem that must be faced and tackled.
In a debate between Christopher Alexander and Peter Eisenman – which took place in 1982 – the later talked about the “contamination of wholeness”. Talking about Andrea Palladio’s work, and the characteristics of the space between repeated architectural elements, Peter Eisenman asserted that “it is not a typology of sameness or wholeness; it’s a typology of differences. It is a typology which transgresses wholeness and contaminates it” [01]. He also mentioned the word “alternation”, as opposed to the word “repetition”, when comparing Andrea Palladio’s Chiericati to a certain Mies van der Rohe building. What intrigued Eisenman regarding serial structures is the space between, as opposed to the elements themselves, and the resulting differences between this void and solid seriality. What is evident from the abovementioned quotations is the detection of possibly latent congruent characteristics, which may be inherent in some architectural typologies.
According to Walter Benjamin, “the destructive character” of an object is reliable as it is always constant. Thus, if one is only searching for harmony, one must also be aware that it is the incongruence and disharmony which define the degree of harmony – even though they can never be fully perceived. In the article entitled “Same Difference”, Detlef Mertins talks about Mies van der Rohe’s empty glass boxes which had actually provided “an infrastructure for the production of difference”[02]. In a figure that compares the elevations of seven clear-span buildings by Mies van der Rohe – from the miniature 50 X 50 House up to the massive Convention Hall of Chicago – Mertins asserts that all these buildings, albeit different from one another, cannot be simply categorized by means of “industrial standardization”, neither can they be statically reduced to a certain schema. What characterizes Mies van der Rohe’s seven aforementioned examples is a “dynamic conception of type”, as there is only an implication of their unity, which is always conditional in relation to their progression and transformation. This is akin to the plant morphology that Goethe had developed, which he named “the metamorphosis of plants”:

“… The process by which one and the same organ presents itself to us in manifold forms.” [03]

Thus, Detlef Mertins argues that Mies’s long-span pavilions have a form which is heavily dependent on and presented by a “progression of examples”, in a constant struggle to become “other”, in order to remain itself – always moving to and fro from the “resultant object”. Thus, through a never-ending “production of sameness and difference”, a typological identity becomes defined and dynamically potent [04]. Concepts and narratives of architectural design and analysis can also appear to have a level of congruence. More specifically, examples of representational and analytical techniques, which give constant feedback to the main concept of synthesis, have been studied, such as the purist painting’s compression and vision decentralization techniques of Le Corbusier – which appear to be congruent with the relevant techniques of Leger and Robert Smithson respectively – and the axonometric analysis & representation of Peter Eisenman – which enables “analysis and object become congruent”.
More specifically,in the Maison Curutchet – which Le Corbusier had designed for Dr.Curutchet in 1949 – an example of conceptual congruence can be ascertained, regarding the idea of the “deep-image elevation” [05], when compared to Robert Smithson’s “Enantiomorphic Chambers” [1965] [06]. If one examines Maison Curutchet’s perspective elevation drawing and Robert Smithson’s sculptural installation, one may assert that the two objects appear to be conceptually consonant and congruous, even though this is an unusual case of a 2D drawing and a 3D sculpture comparison. According to David Healy, Smithson’s sculpture suggests “a realization of the physics of vision that would help to free us from the illusions of renaissance ocularcentricism”[07]. This is an example of a decentralization of vision, as well as an indication that visual information can and should be equally absorbed both peripherally and centrally. Thus, planar and perspective vision are dichotomized, just like in the case of Le Corbusier’s drawing: the renaissance forms’ centralization and the modernist synthesis’s “lateral dispersion” are both represented in this pencil drawing, thus both perspective and planar pictorial modes are embraced in the example of Maison Curutchet [08].
Furthermore, another example of congruent analysis and narrative can be detected in Peter Eisenman’s meticulous axonometric diagrams and drawings. Eisenman encodes the process of design transformations through extremely analytical axonometry – in his attempt to reveal the syntax of the architectural language. It is through these axonometric drawings and projections that Eisenman mightily endeavours to define relationships between “deep structure” and “surface structure”. According to Robert Somol, the object’s autonomy is favoured by the axonometric, as it conveys “measurable or objective information”, as opposed to Colin Rowe’s planar and elevational analyses, or the vanishing-point distortion of perspective drawing [09]. Unlike Le Corbusier’s “regulating lines”, the axonometric drawing’s three-dimensional “contraption” allows for the object and its analysis to become completely congruent.
An interesting example of congruence between the finalized architectural product and its representational drawing is Mies van der Rohe’s Resor House [Jackson Hole, Wyoming, U.S.A., 1937-38]. If one observes Mies’s famous interior perspective collage-drawing, one may detect a vibrant flatness, which is not very characteristic of a perspective drawing’s nature: it looks as if he intentionally tried to minimize spatial depth and focus on the notions of framing and demarcation. Thus, this specific perspective acquires a congruent character with the final volumetric synthesis of the Resor House: when seen in a top and planar view, the building’s volumes appear to have been articulated and assembled in the same way as the collaged pieces of paper in the abovementioned perspective drawing. Last but not least, congruent correlations not only exist between the architectural drawings and the completed buildings, but they also exist within the finished built work itself. It appears that there has been a secret tradition of many great architects – from Andrea Palladio [1508-1580] to James Frazer Stirling [1926-1992] – of constructing a simultaneous reading of planar and sectional elements, which appear to be inherently congruent: roof and sectional outlines appear to have a clear and impressive “same difference” with planar limits and profiles, as it is illustrated in the related diagrams [10]. 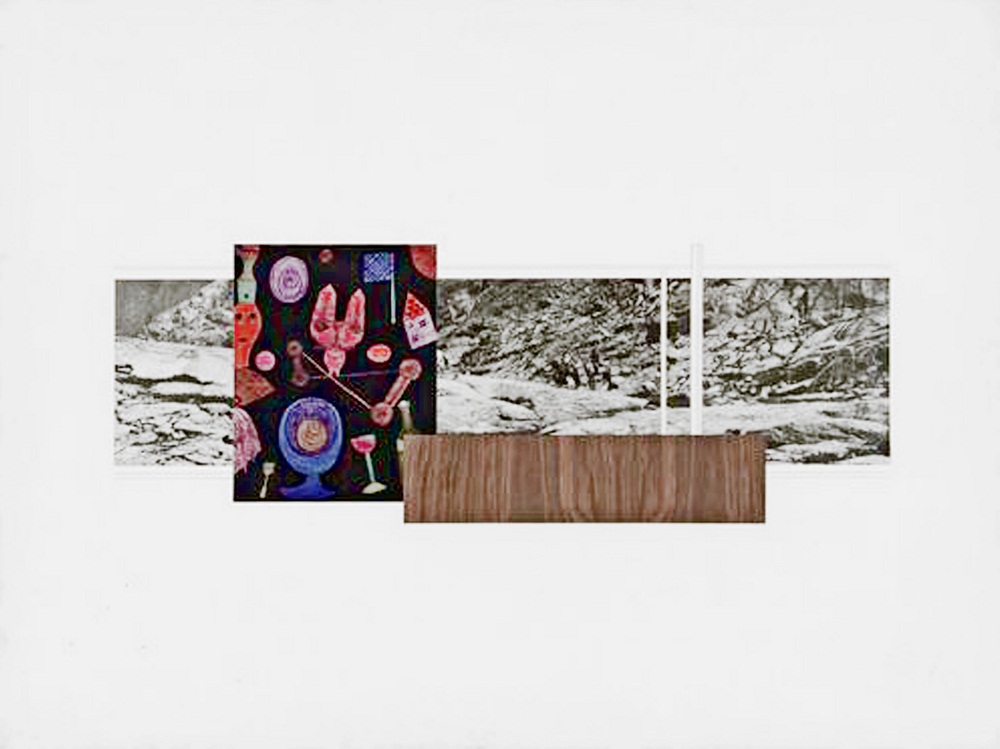 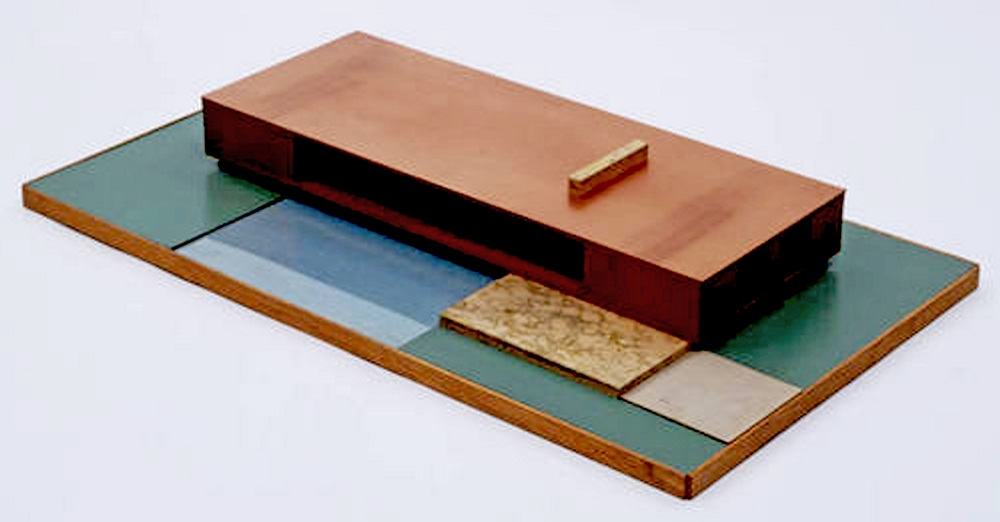 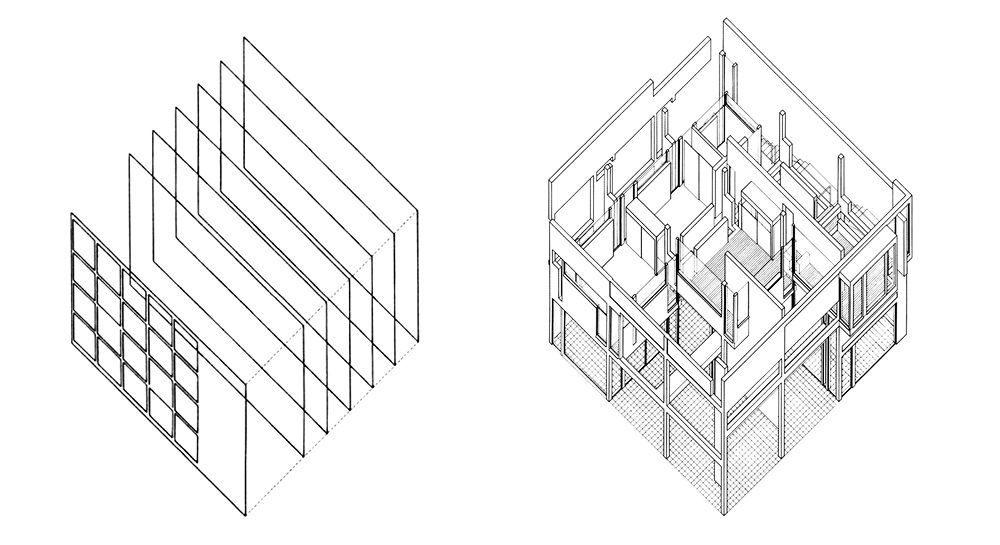 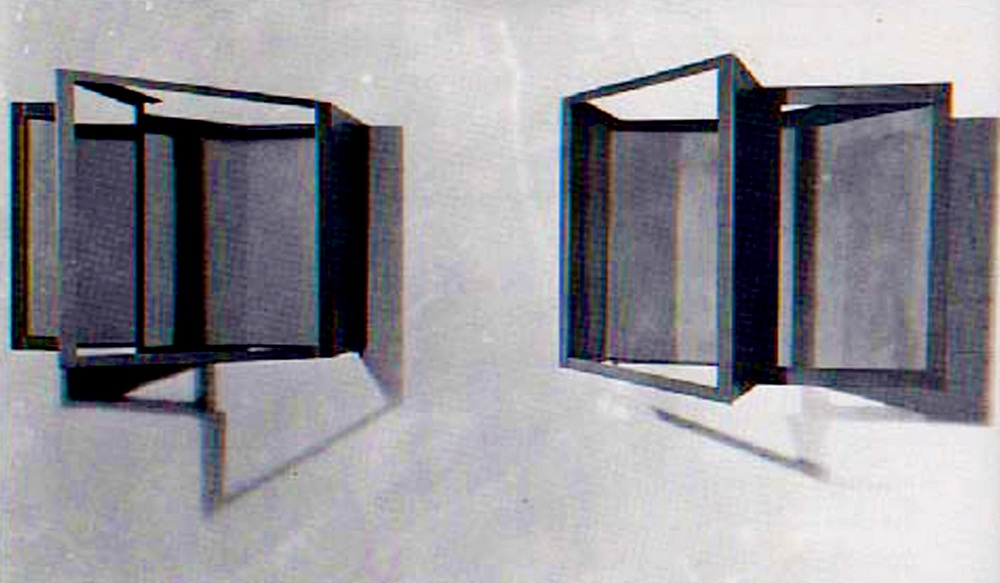 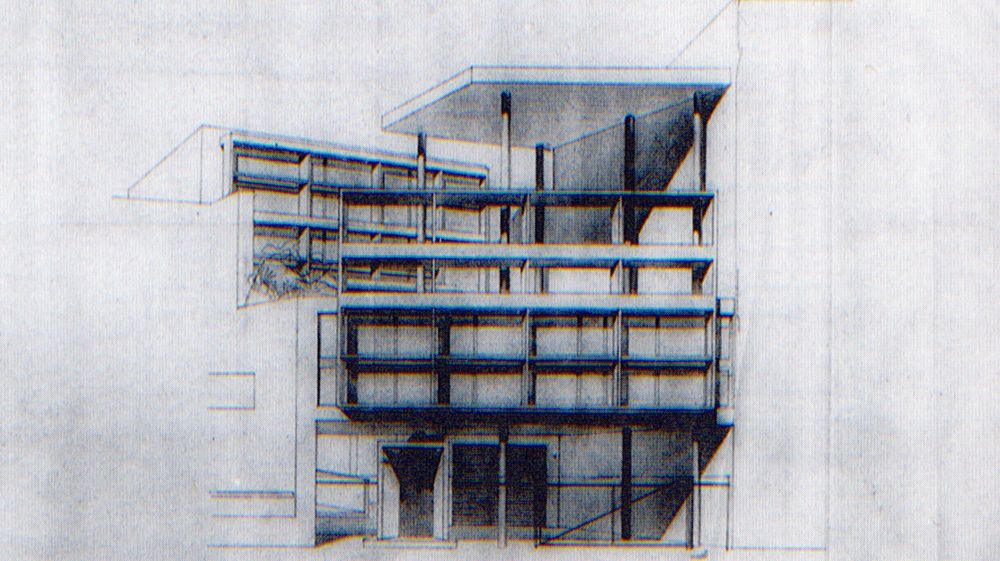 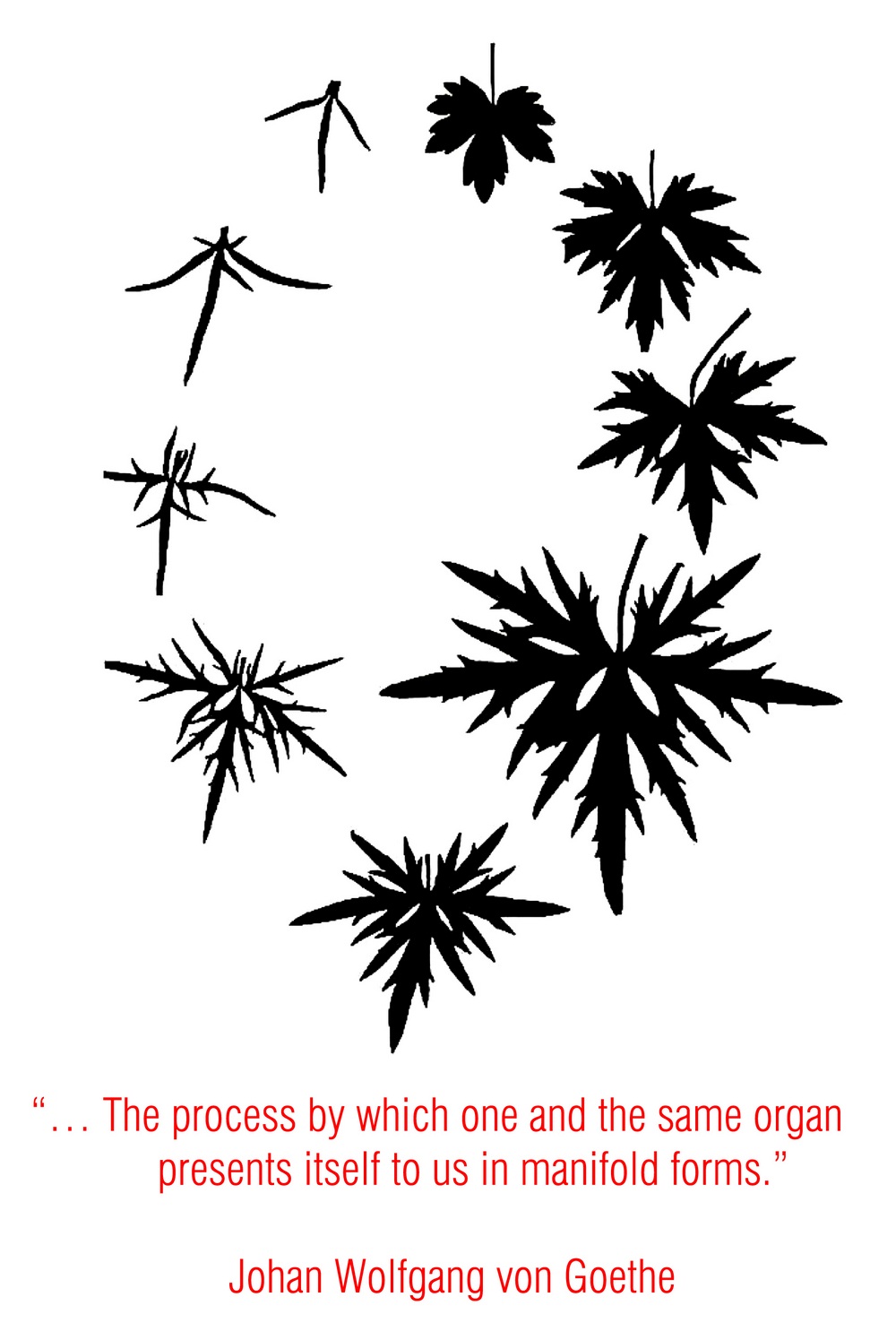 ?? THE PROCESS BY WHICH ONE AND THE SAME ORGAN PRESENTS ITSELF TO US IN MANIFOLD FORMS.? _ GOETHE 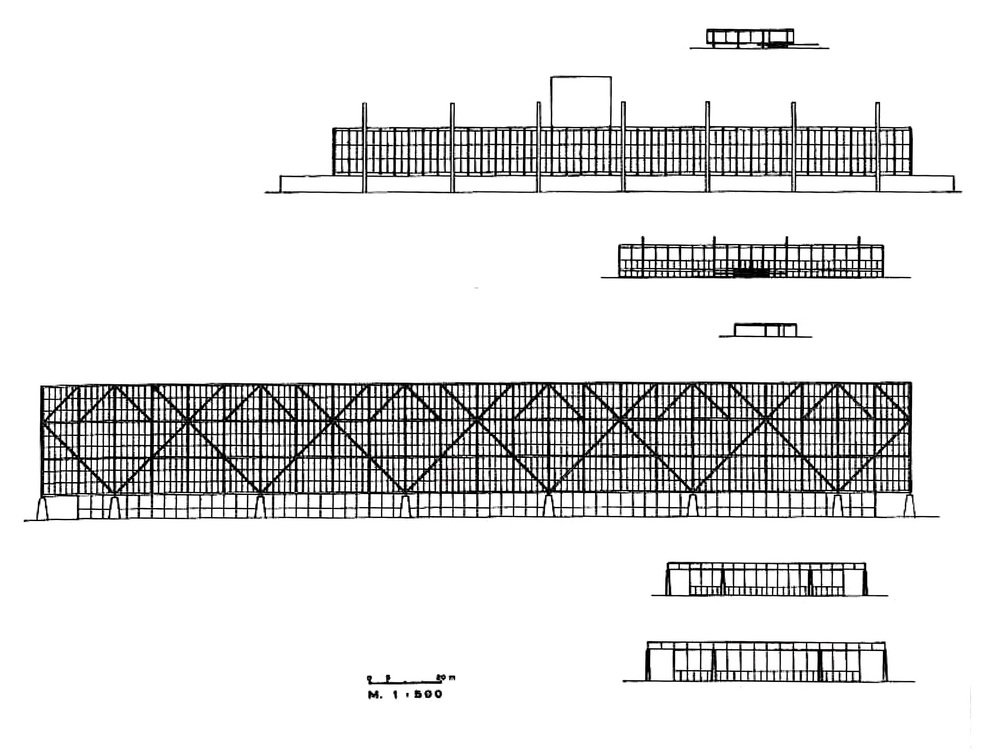 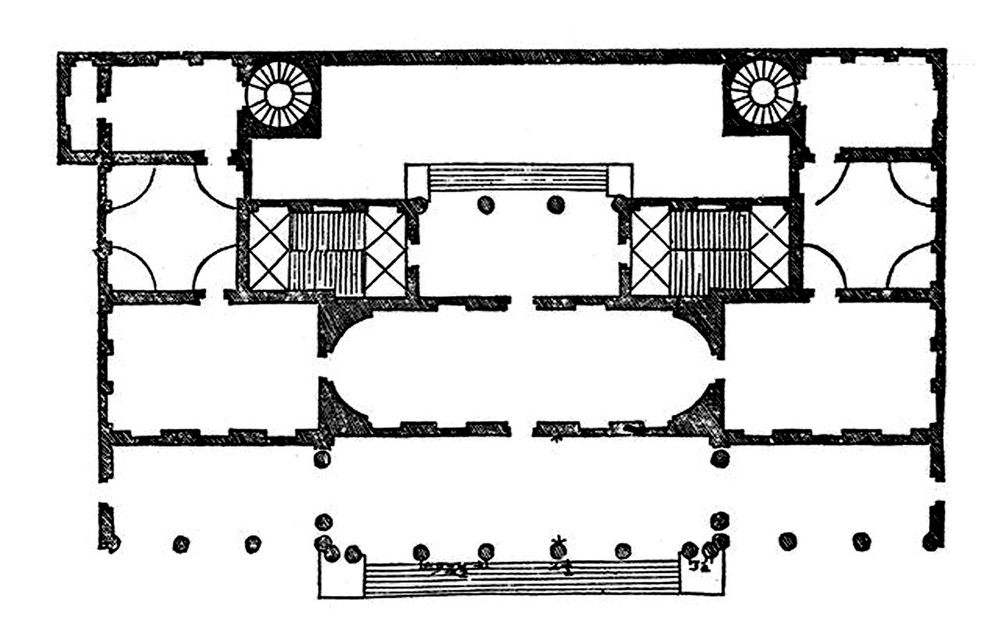 by MELINA ARVANITI-POLLATOUArchisearchhttps://www.archisearch.gr/wp-content/uploads/Evdoxia-Karageorgi-Konstantina-Vasileiadou-research-thesis-7-%CF%86%CF%89%CF%82-%CF%83%CE%BA%CE%B9%CE%AC-370x700.jpg
SHARE THIS PAGE
WITH YOUR FRIENDS