The aim of this thesis project is to define a new kind of workout space within the city, one that responds more efficiently and is up-to-date with the contemporary needs of people. 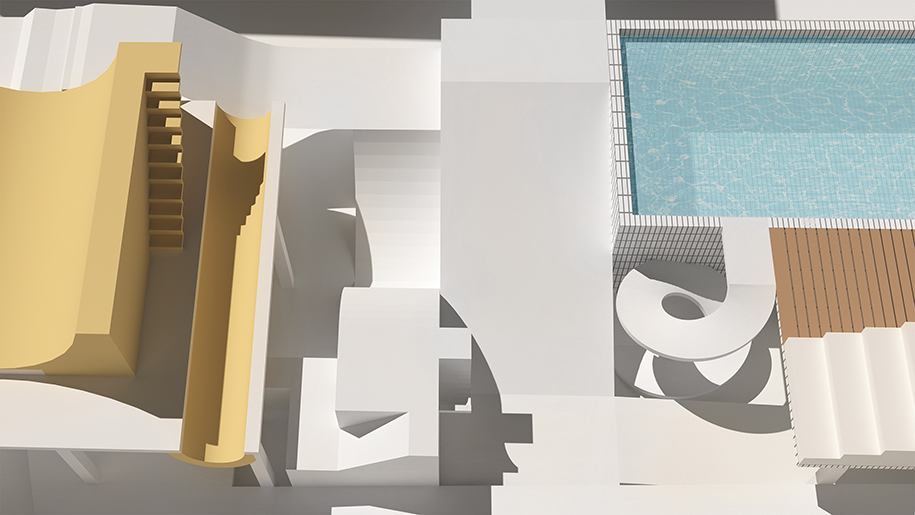 Exercise constitutes a vital aspect of every life of our times. Multiple facilities and pieces of equipment have appeared, and the types of programs and activities have increased, so as to satisfy a wide variety of demands. The necessity of such spaces in the city, that offer the possibility of exercising either as a group or personal, has become apparent.

However, even though the way of training has been enriched with various programs, the spaces which facilitate them remain the same.

The equipment evolves without actually changing the environment in which it is located. This particular aspect of working out has inspired the beginning of this thesis project. Re_act, proposes a series of buildings and public segments that aren’t necessarily related to the idea of the gym typology. It utilizes its elements as a base to construct a number of urban environments and unpredictable situations inside the park. 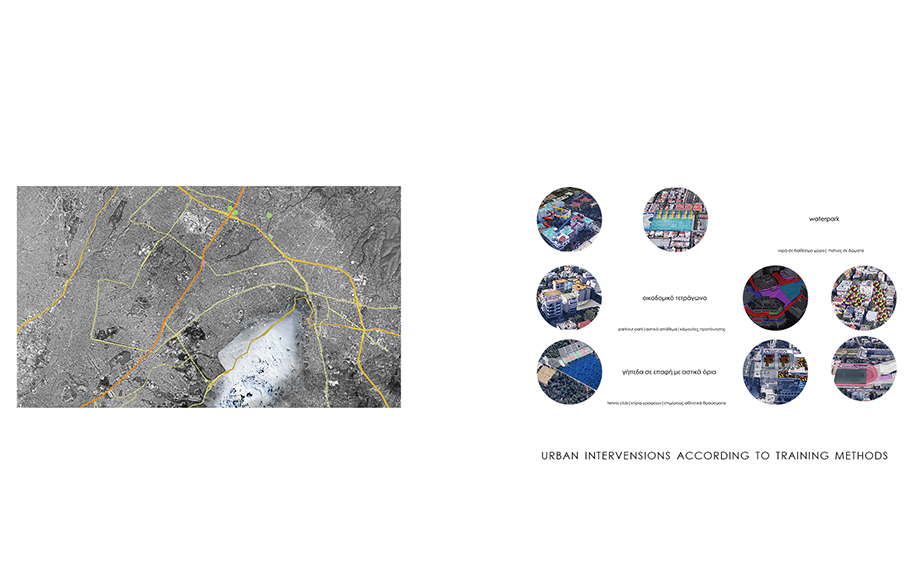 In the first stages of conception, it was considered crucial to identify the range of activities and programs that already exist in the study area. This research was depicted through multiple diagrams which analyze the nature of such facilities and the social group to which they refer. This process defined the final programmatic diversity, as well as, the location of the proposal. 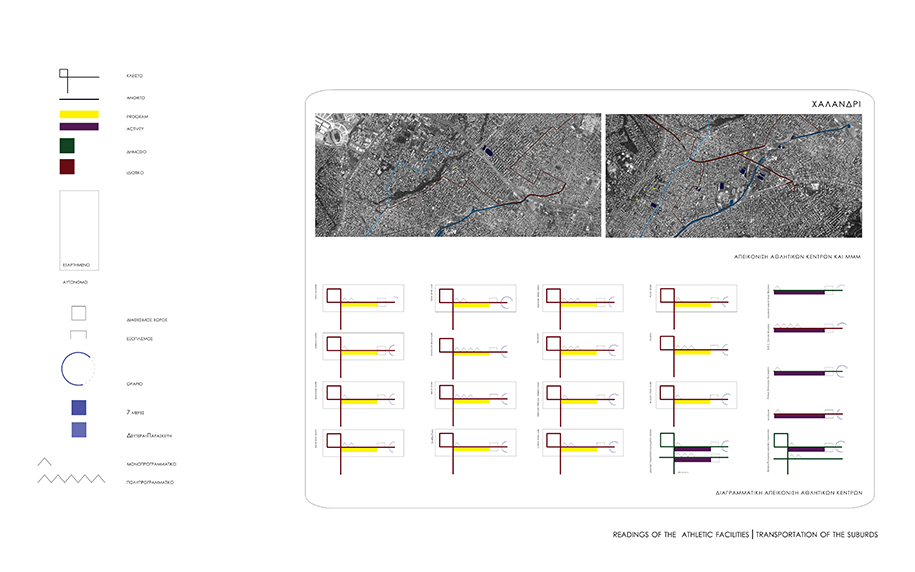 The findings of this research led to a wide variety of strategies and images that were translated into the design of Re_act Park. This urban intervention, actually refers to a city-escape into the city grid. Through the visualization of the environments created, it becomes apparent that the user enters a hybrid block of activities which represent a new lifestyle. The conception of the public and private spaces, along with the variance of density and programmatic intensity, activates the urban environment, inserts the parameter of unpredictable, implementing a dynamic situation, which refers to a greater group of people than those working out.

While there are various programs inside each individual building, the waterpark and strolling are the ones connecting the entire block. 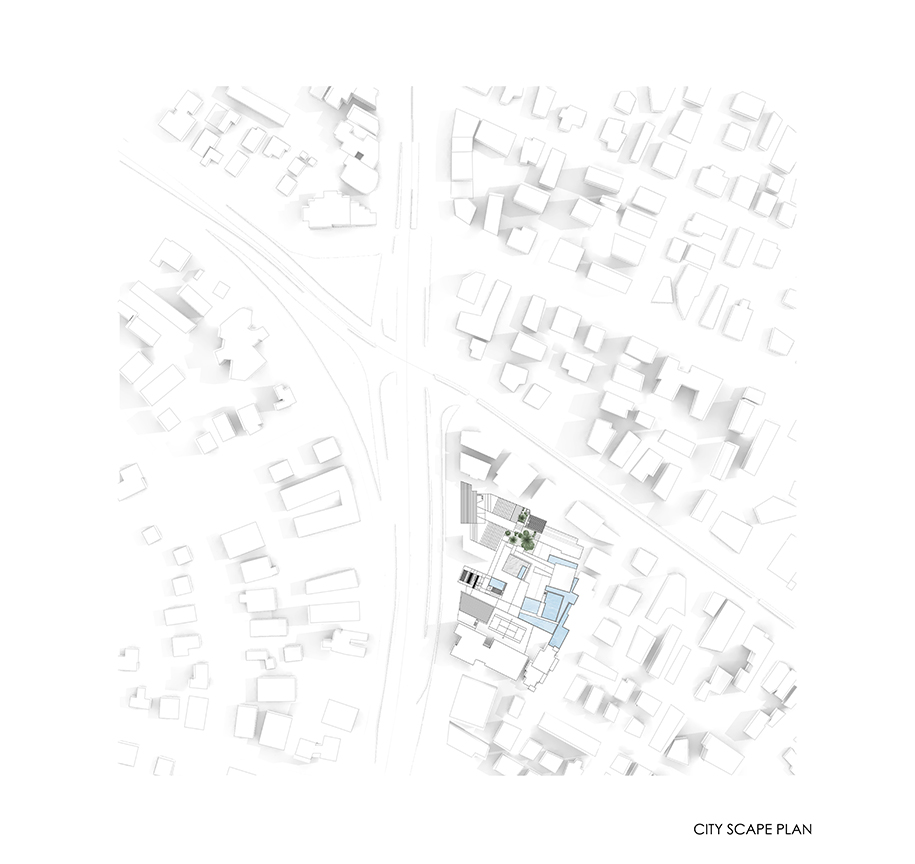 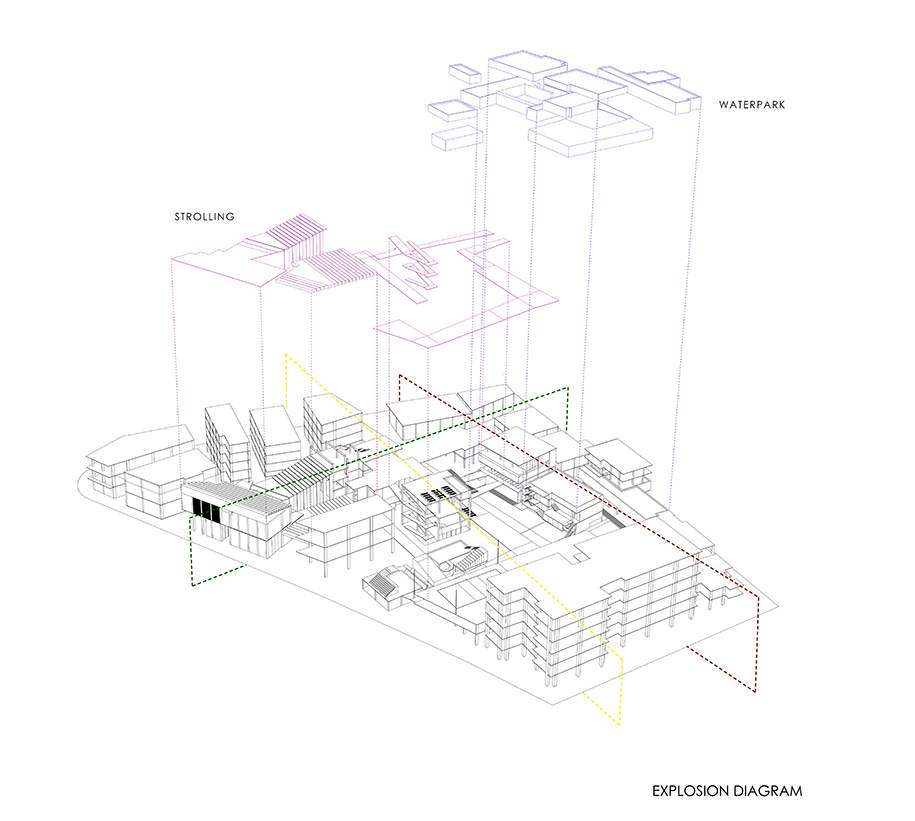 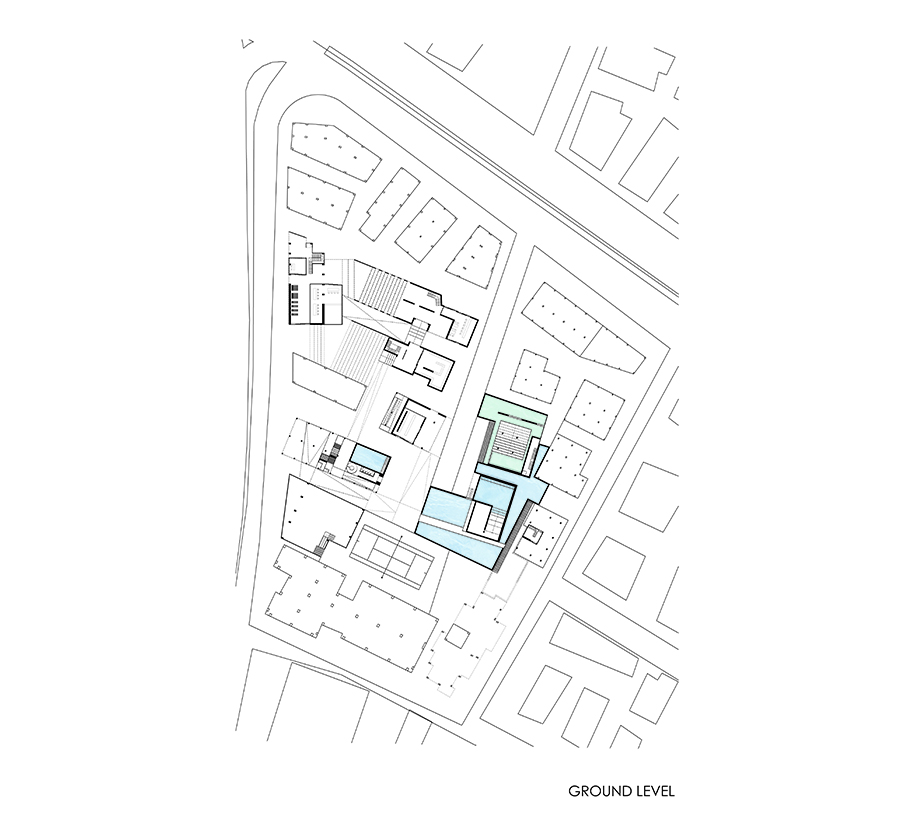 Nine independent buildings are designed with different outer shells and inner organization, and receive a characterization suitable for the activities facilitated in them. 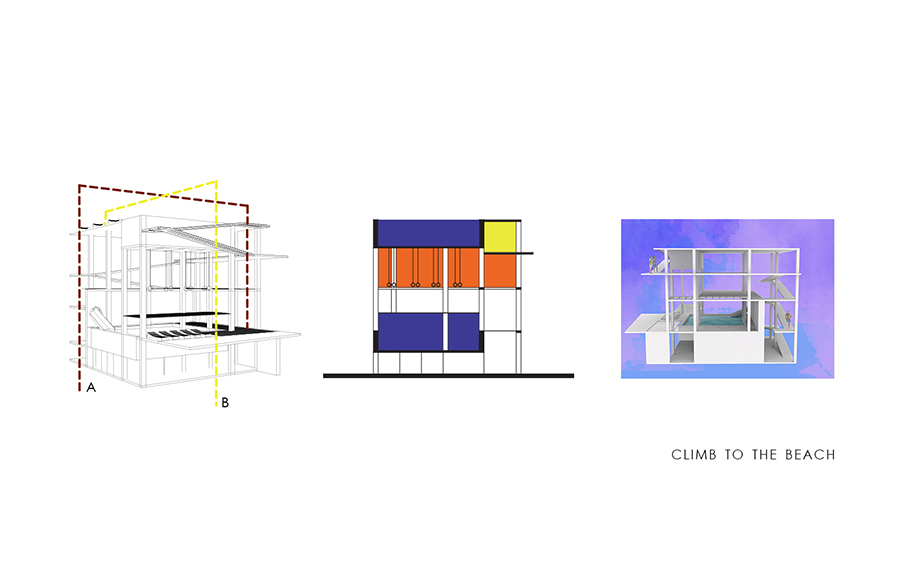 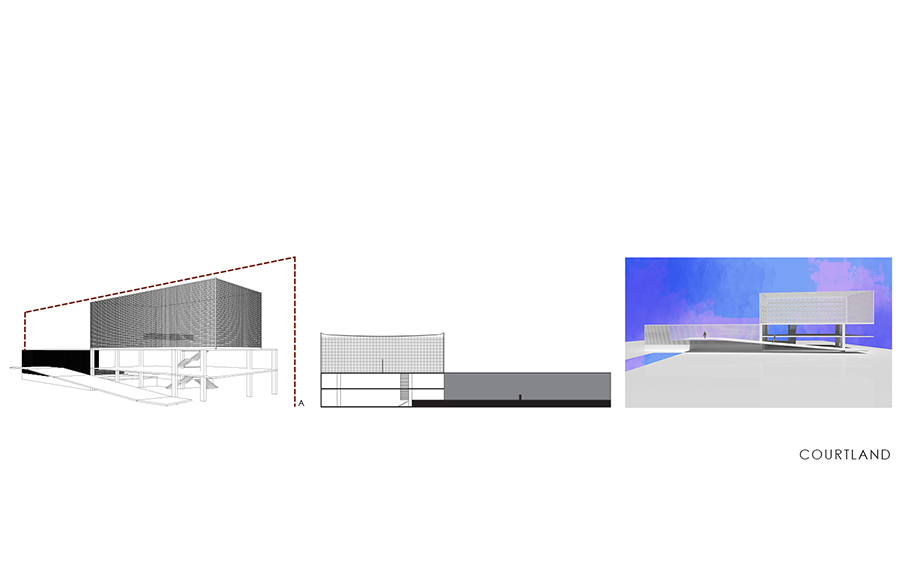 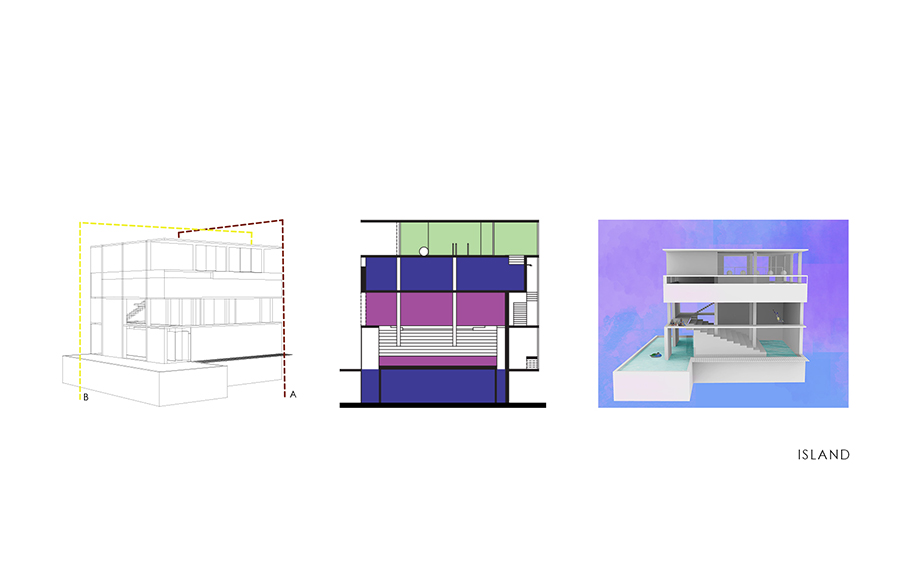 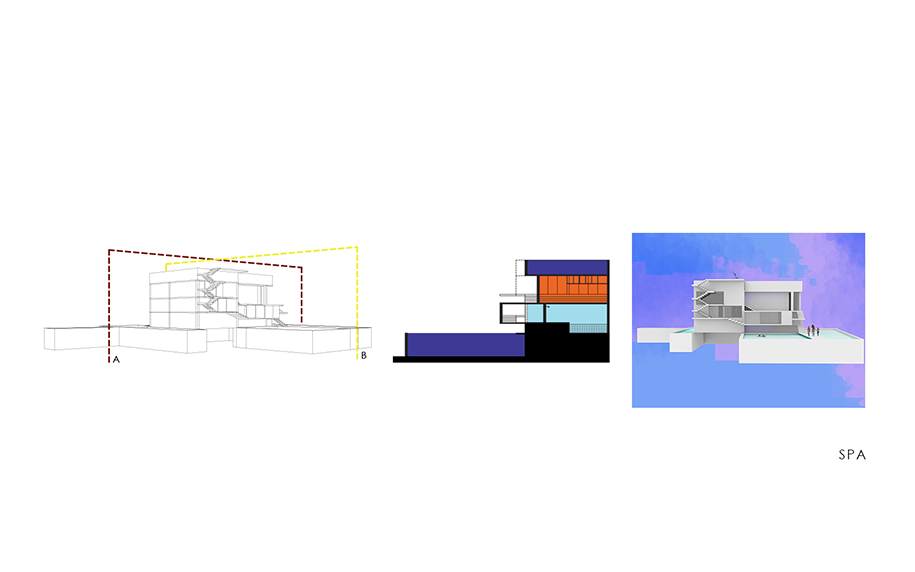 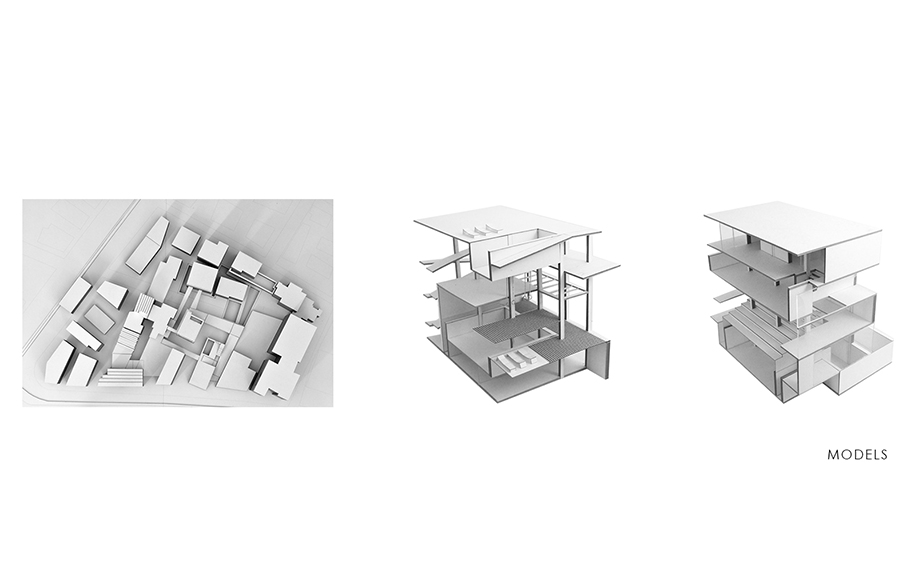 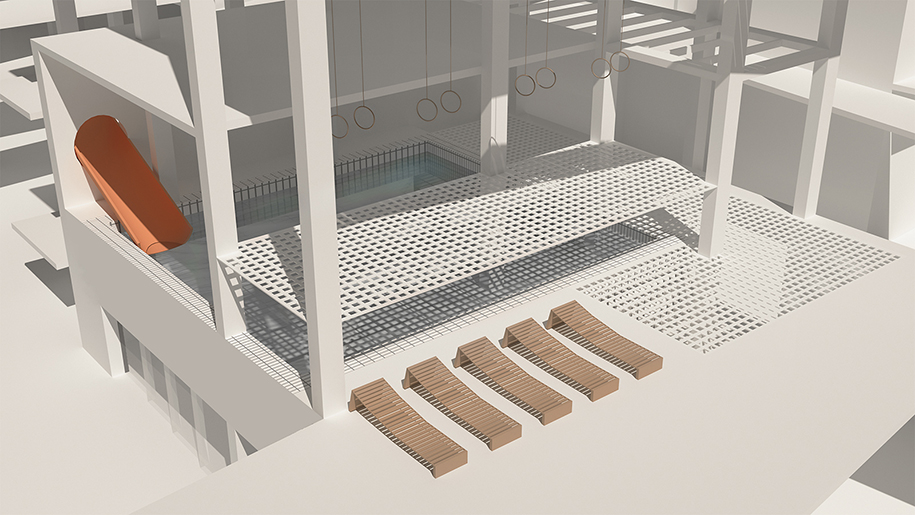 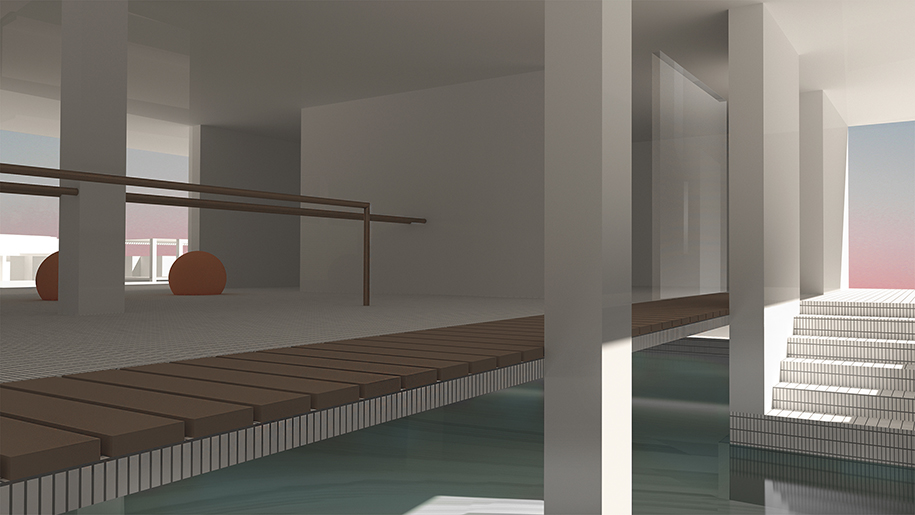